There’s a line from a song in the musical Chicago that goes, “give them the old razzle-dazzle.” It seems that Ulysse Nardin‘s design team may have taken that to heart when working on the latest iteration of the Freak X. One look at this new watch from Ulysse Nardin and my eyes are drawn in by the mesmerizing geometric dial pattern. Now, if I can just tear myself away from it for a moment… 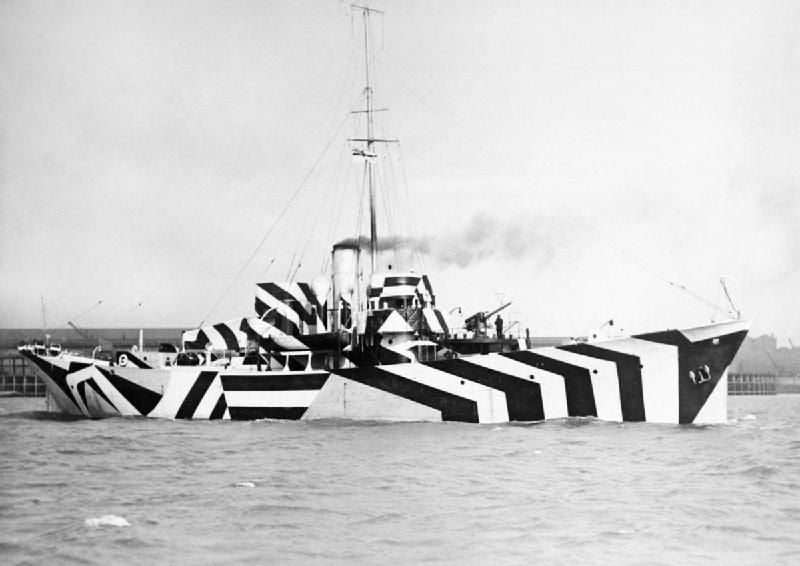 While the jarring and sharp contrasting black and white lines make me think of something from a Batman villain’s wardrobe, the original inspiration for this stems from a specific type of camouflage used by the British and American Navy in World War One and World War Two. The concept was that the complex patterns of contrasting intersecting lines made it difficult to estimate a target’s range, speed, and heading. There were mixed opinions as to exactly how effective the strategy was, but the visual effect was, well, dazzling. The distinctive pattern drew attention from cubist artists (such as Picasso), who erroneously boasted that the pattern was inspired by the cubist movement itself.

Given Ulyss Nardin’s heritage with marine chronometers, it seems only appropriate that the inspiration should come from a maritime background. Despite the jazzy new clothes, the Freak X Razzle Dazzle remains true to the Freak blueprint with the iconic centrally-rotating carousel indicating the minutes. The hours are displayed via a wheel-mounted hand. 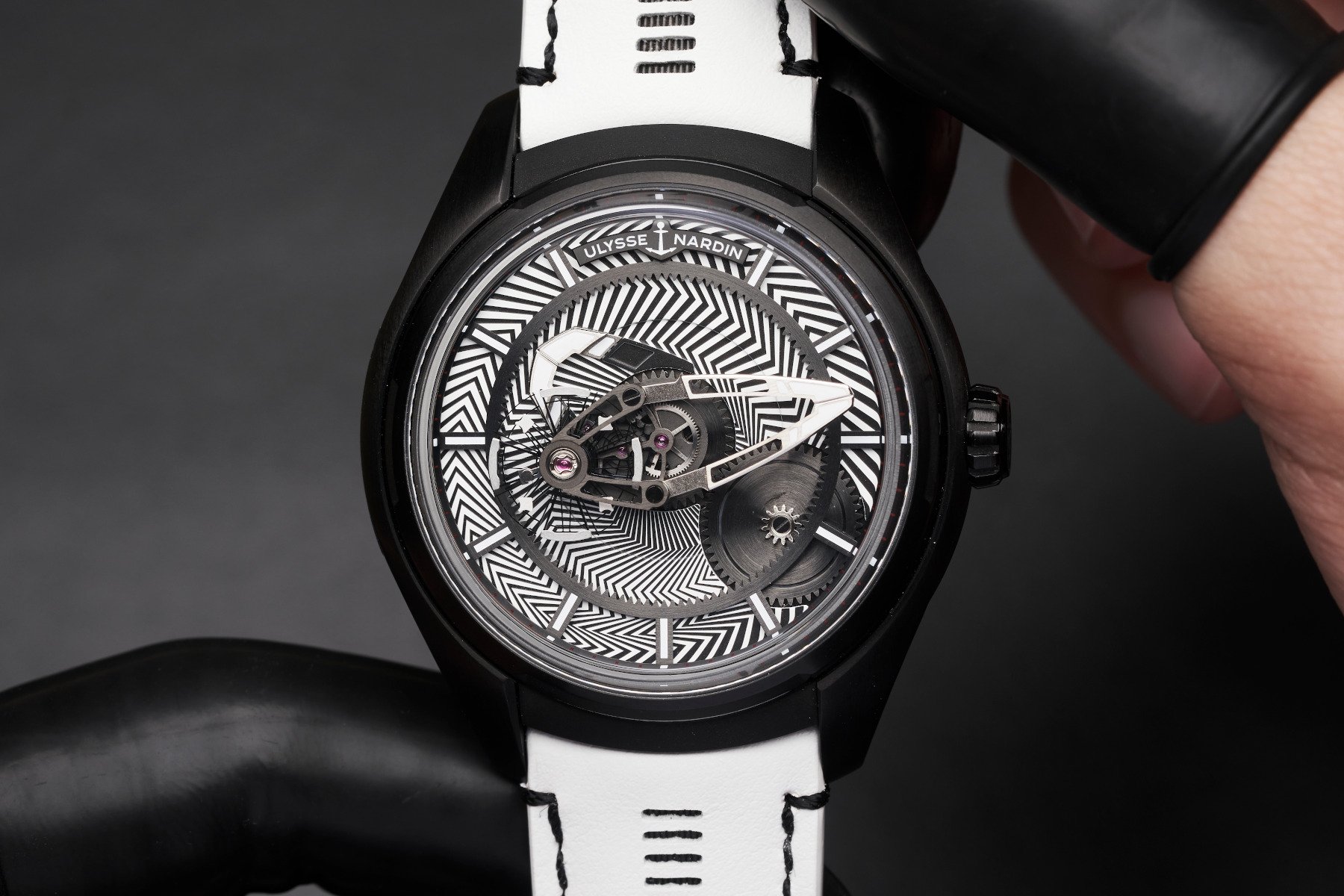 Our jazzy little friend arrives in a blacked-out 43mm titanium case. Speaking on a personal level, I prefer my watches to sit at 42mm as the upper limit. As a rule, most watches larger than that wear a bit bigger than I’d like. I know other variables significantly affect the visual impact, real feel, and wearability, but 42mm is my preference as a starting point. Ulysse Nardin has stuck to 43mm for the Freak X Razzle Dazzle, but the DLC black case will likely offset the size when on the wrist, so it’s probably a moot point to argue over that 1mm! 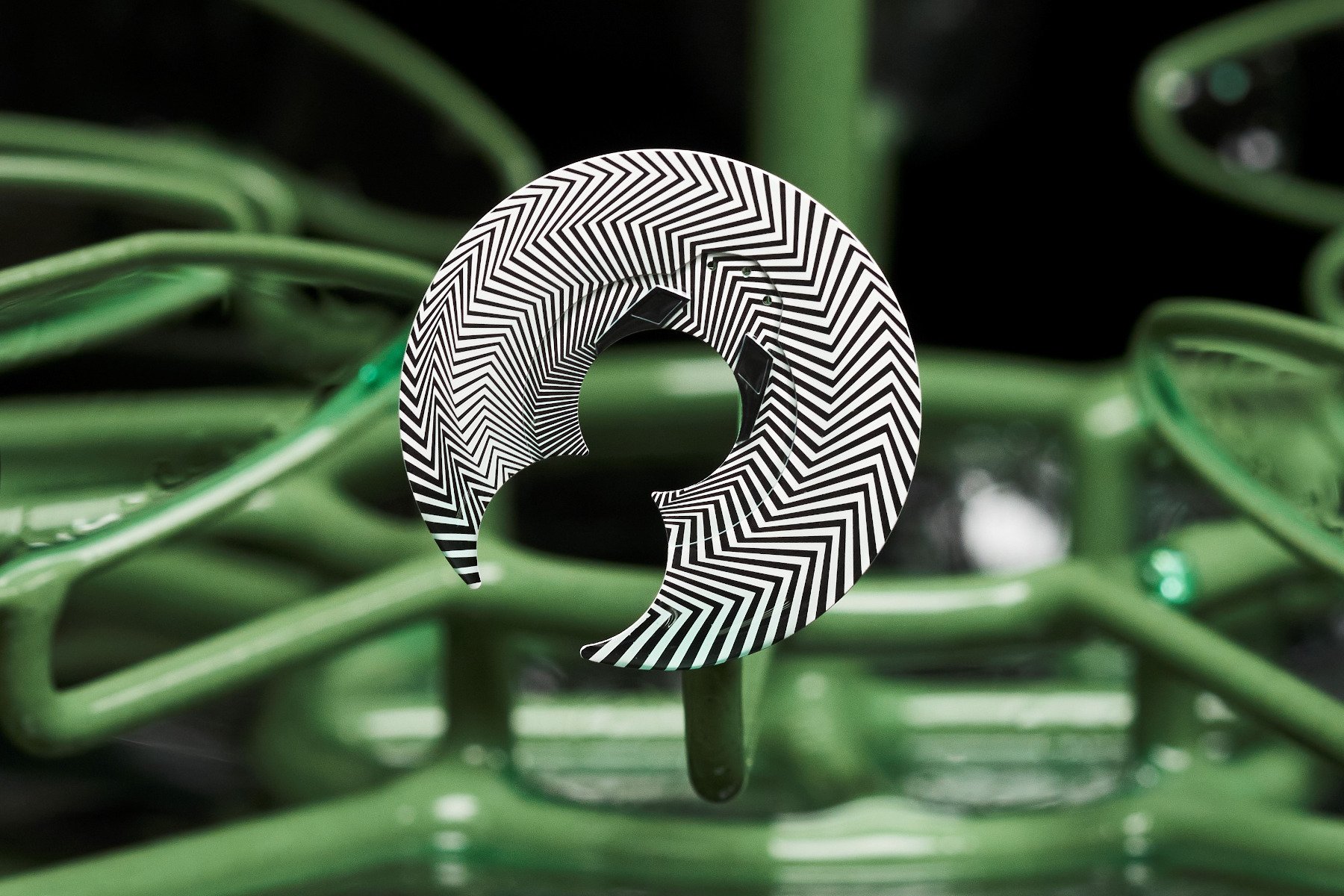 Looking at the focal point of the Freak X Razzle Dazzle, the jazzy camouflage is achieved by combining three different application techniques. Ulysse Nardin has employed a mixture of lacquering, electroplating/galvanic treatment, and lasering. I think we can all agree that the final effect is entirely something. Looking at the visuals alone, it’s going to be quite polarising. I mean, the Freak X is marmite-enough on its own. By adding the captivating Razzle Dazzle camo, you’ll either REALLY love it or REALLY hate it. I find myself in the former camp. I’d rock this wrist-mounted optical illusion, for sure. Whether I could actually pull it off is another thing, but I guess you can wear anything if you do so with confidence, right?

The hour markers and hour/minute indicators are all coated with Super-Luminova for legibility in low-light conditions. Imagine, however, the bright visual assault that could have been if the white part of the razzle-dazzle has also been lume? Perhaps that would have been too much. That said…sometimes too much is still not enough! 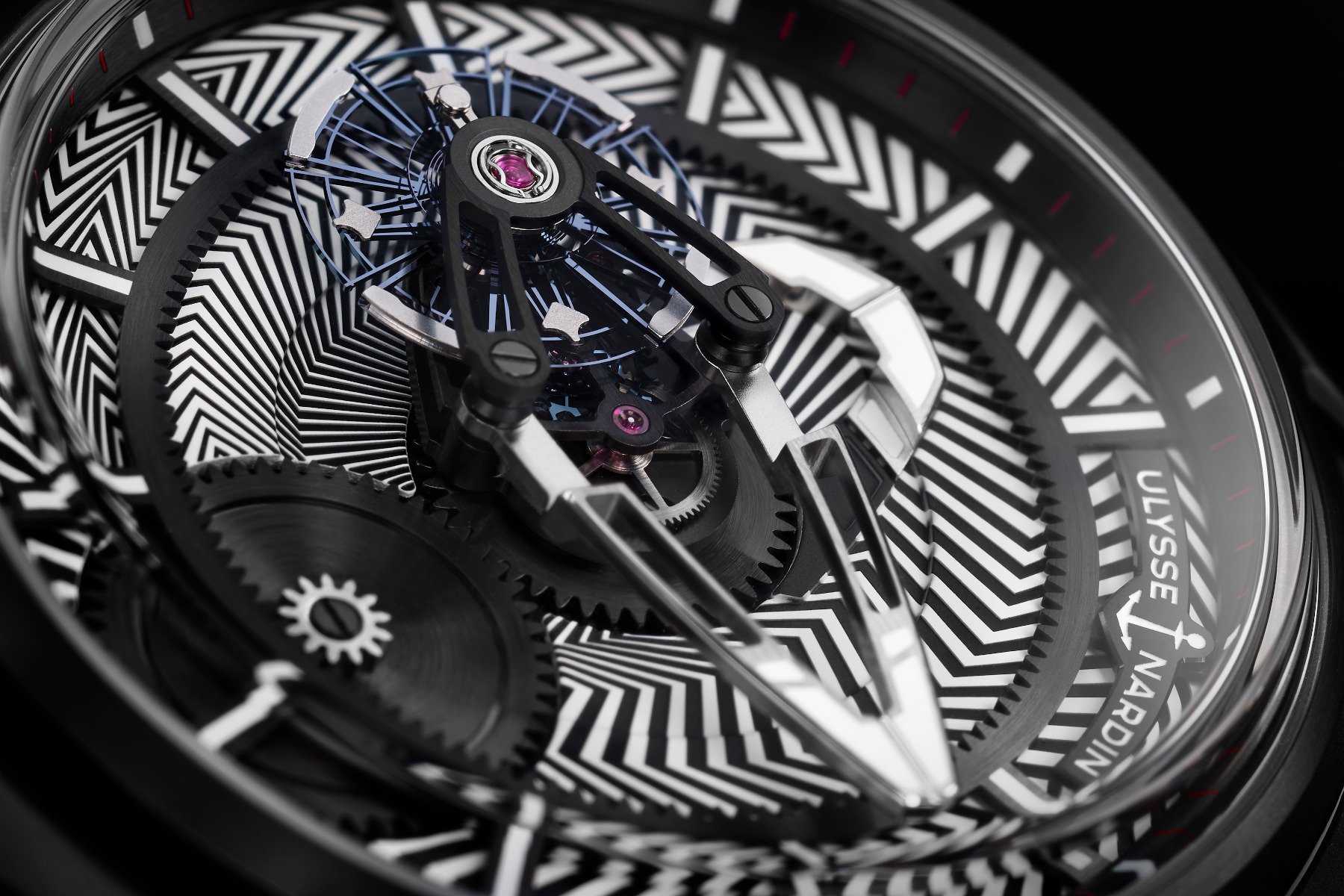 Powering the Freak X Razzle Dazzle is Ulysse Nardin’s Caliber UN-230. This movement was first introduced by the brand in 2019 when it debuted the original Freak X. The Freak X was intended to be the “entry-level” model to the Freak family. Consequently, the movement is slightly simpler than that of its bigger brother. That said, it’s still a Freak at heart. As such, I would hardly call it conventional. Our freaky friend has a crown for time setting, but it technically doesn’t have hands, at least not in the traditional sense. Instead, the central bridge acts as a minute hand, and one of the wheels indicates the hours. Inside beats a super-lightweight and extra-wide balance wheel made of silicium, with nickel flyweights and stabilizing micro-blades. The UN-230 is a fusion of Ulysse Nardin’s calibers UN-118 and Freak Vision UN-250.