Every time I get a press release from Nivada, I have the feeling that their modus operandi comes from the title of the classic Lox song featuring Puff Daddy, “Can’t Stop, Won’t Stop”. The brand does not seem to know how to slow down — much to the watch community’s delight. We are always hungry for new releases. Nivada’s latest and greatest is perhaps one of their most iconic non-chronograph watch models, the Antarctic Spider.

If the name Antarctic sounds familiar, but the look doesn’t ring any bells, don’t worry, you are still remembering correctly. The classic Antarctic, which Admiral Byrd used during Operation Deep Freeze, had a different, much simpler dial. However, a bit later, in the 1960s, Nivada also released this funky sector dial version within the same model line. 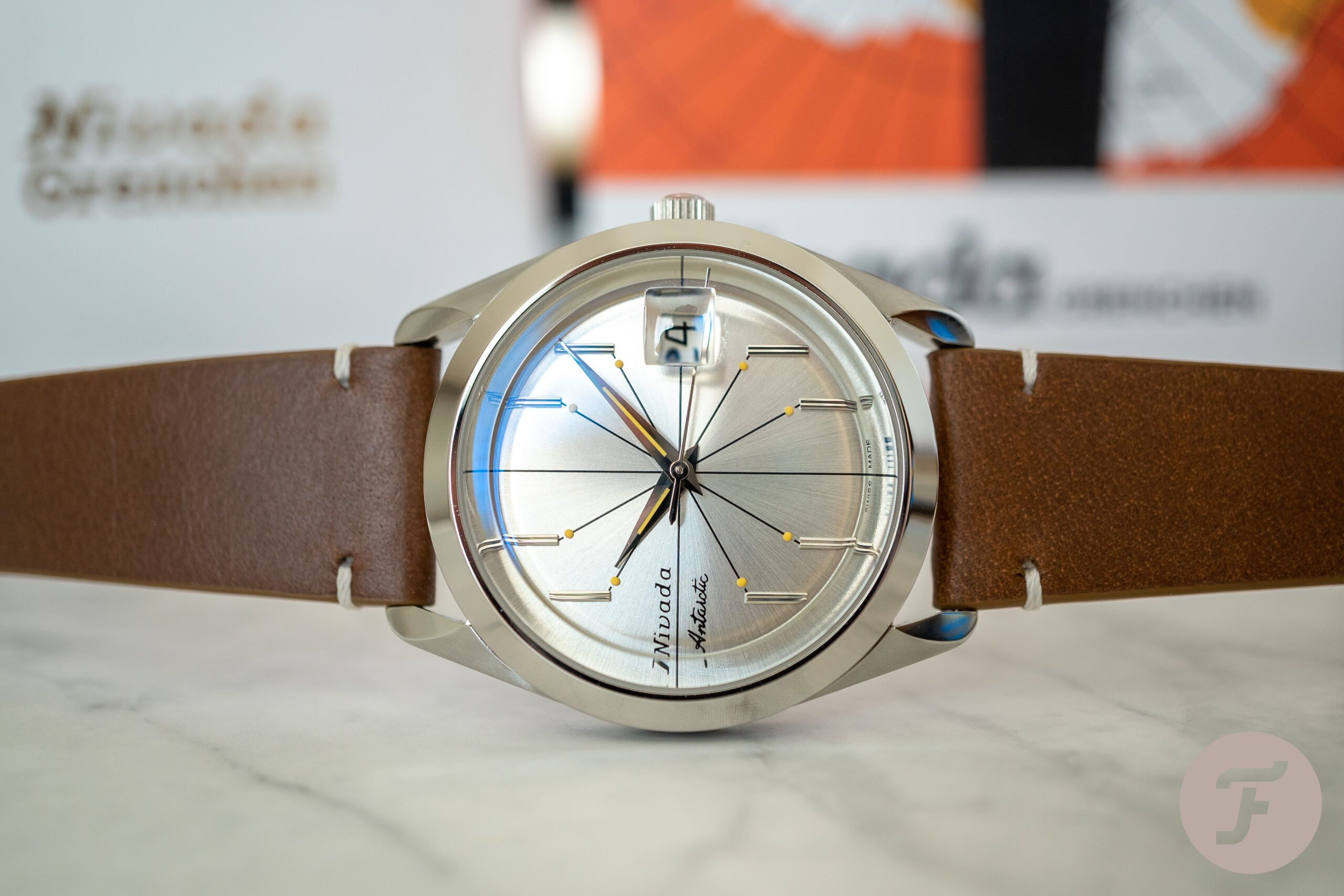 While the Antarctic Spider does not have much to do with the legendary watch that explored Earth’s southmost continent, it is also a sought-after, iconic vintage piece. I saw one only once in my life and didn’t quite know what to make of its dial.

Yet this was not the only oddity about it. A crosshair ran across the dial as well as four more lines connecting the indexes as follows: one and seven, two and eight, four and ten, as well as five and eleven, creating a unique star-shaped motif. However, as the lines ran from one tip of the index to the other’s, the overall visual pattern looked more like a thin, long-legged spider spread across the Antarctic’s dial. Nivada placed the date aperture at three and the text for the name at nine to balance the watch face. 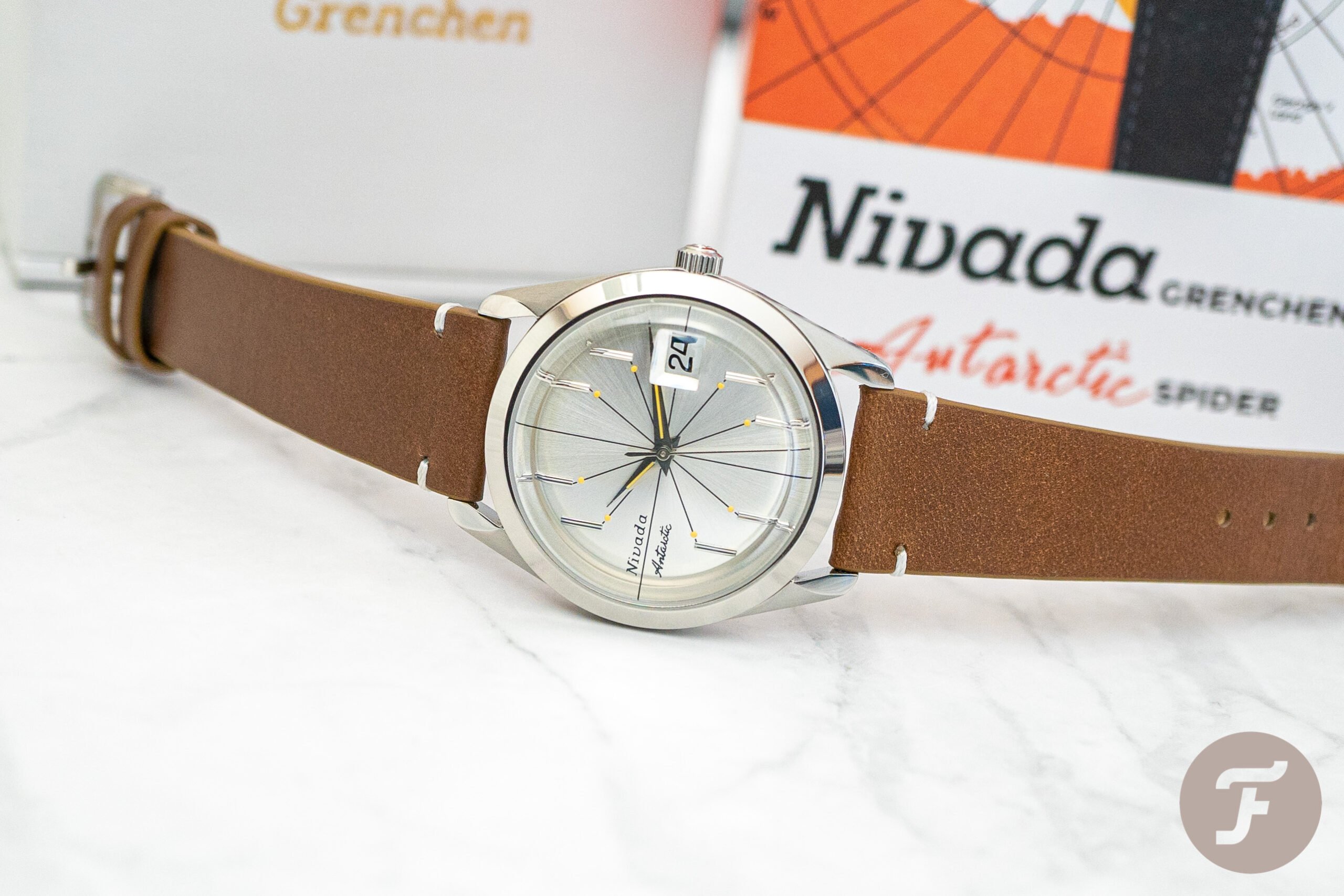 The new Antarctic wants to be a faithful re-edition of this vintage gem, so the brand paid attention to details when creating it. If you have seen or read about Nivada before, you know that they are keen on faithfully reintroducing every small particular of the vintage counterpart. This is precisely the case with the Antarctic as well. The most important feature is the dial. While the original watch was 35mm, this new version is 38mm wide but less than 12mm thick. 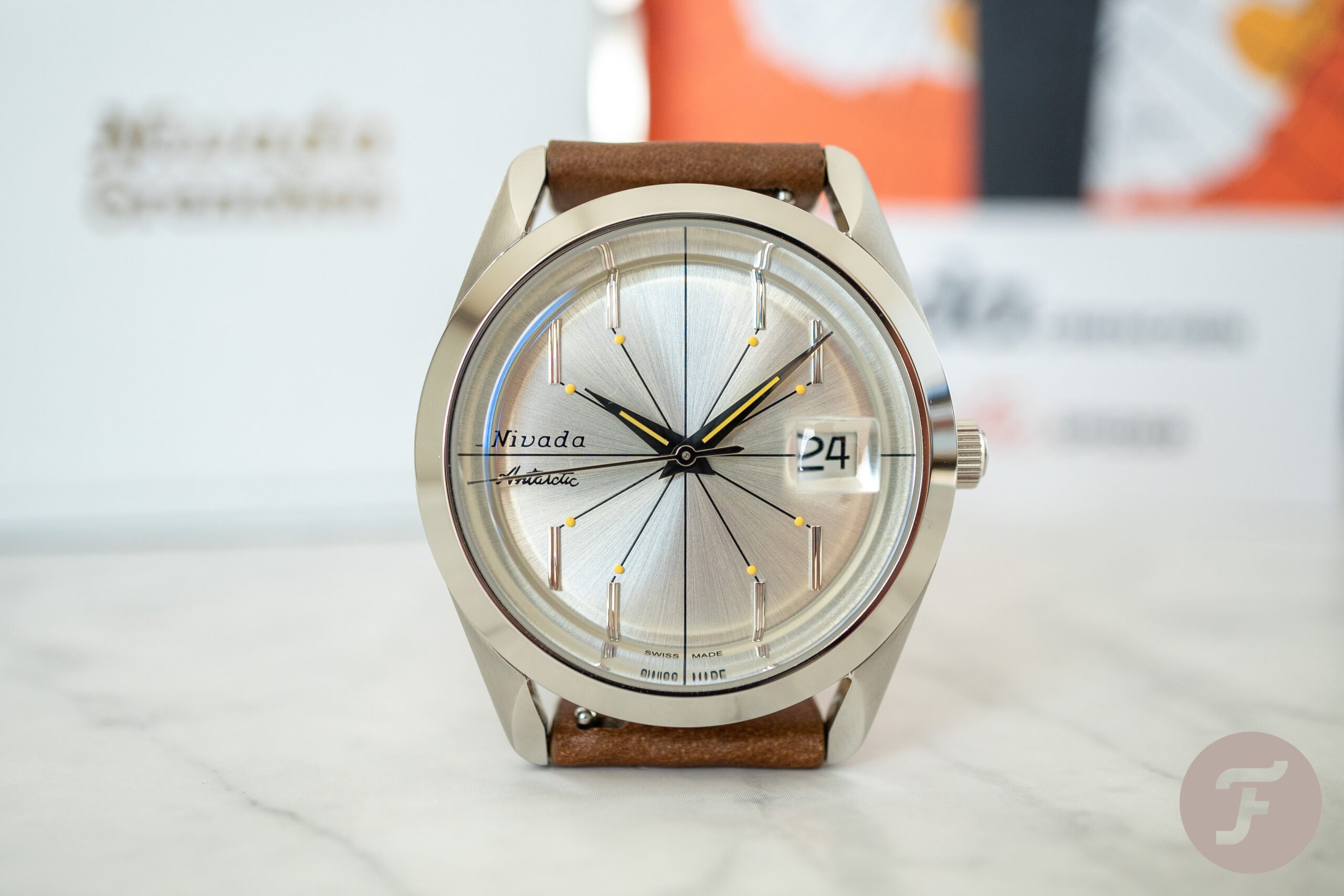 Furthermore, the classic model had a built-in cyclops in its crystal, and so the new Spider does too. The same goes for the case shape, the logo on the crown, and the simple screw-down case back. Just like the 60s Antarctic Spider, the 2021 version also has an automatic movement. Inside, the new Spider beats Soprod’s caliber P024. The watch is water-resistant to 200m. 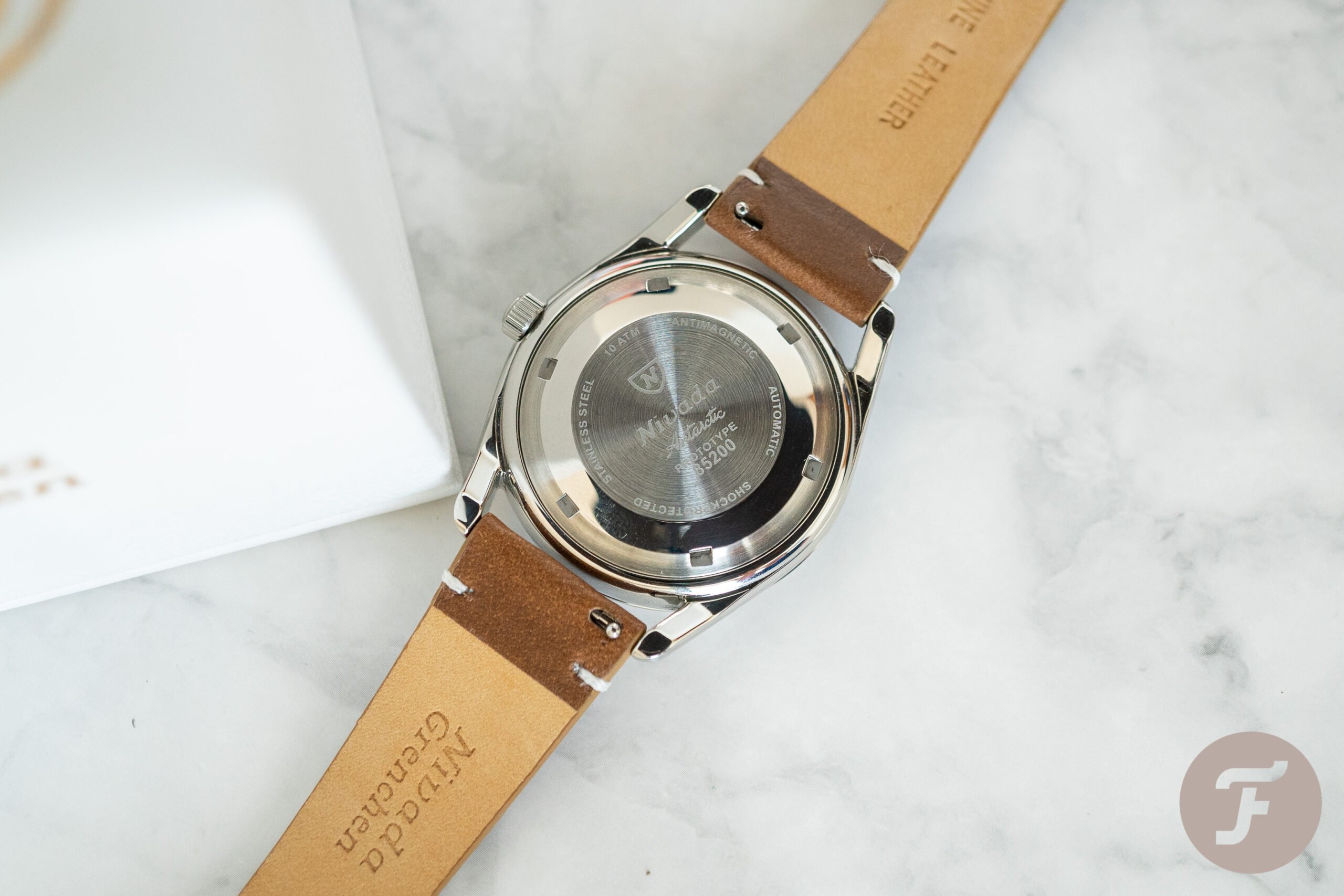 OK, now you know the details, but we still haven’t talked about how the Spider feels on the wrist. At 38mm, it is still not an overly large watch. Yes, the original case size had to be upgraded, but Nivada did it while keeping the Antarctic Spider’s ratio. As such, the watch wears extremely well. The balance is correct, and the piece is not top-heavy on the leather strap. Thanks to the thick bezel and the crystal’s edge, the dial looks smaller than it is. This does not only shrink the watch but puts the focus on the face. I can’t really say anything negative about the Spider. If I had to be nit-picky I would point to the hands. Their dauphine shape is historically accurate, but they’re shiny, and the indexes are extensive, so sometimes it’s hard to read the time at first glance, mainly in sunny weather. 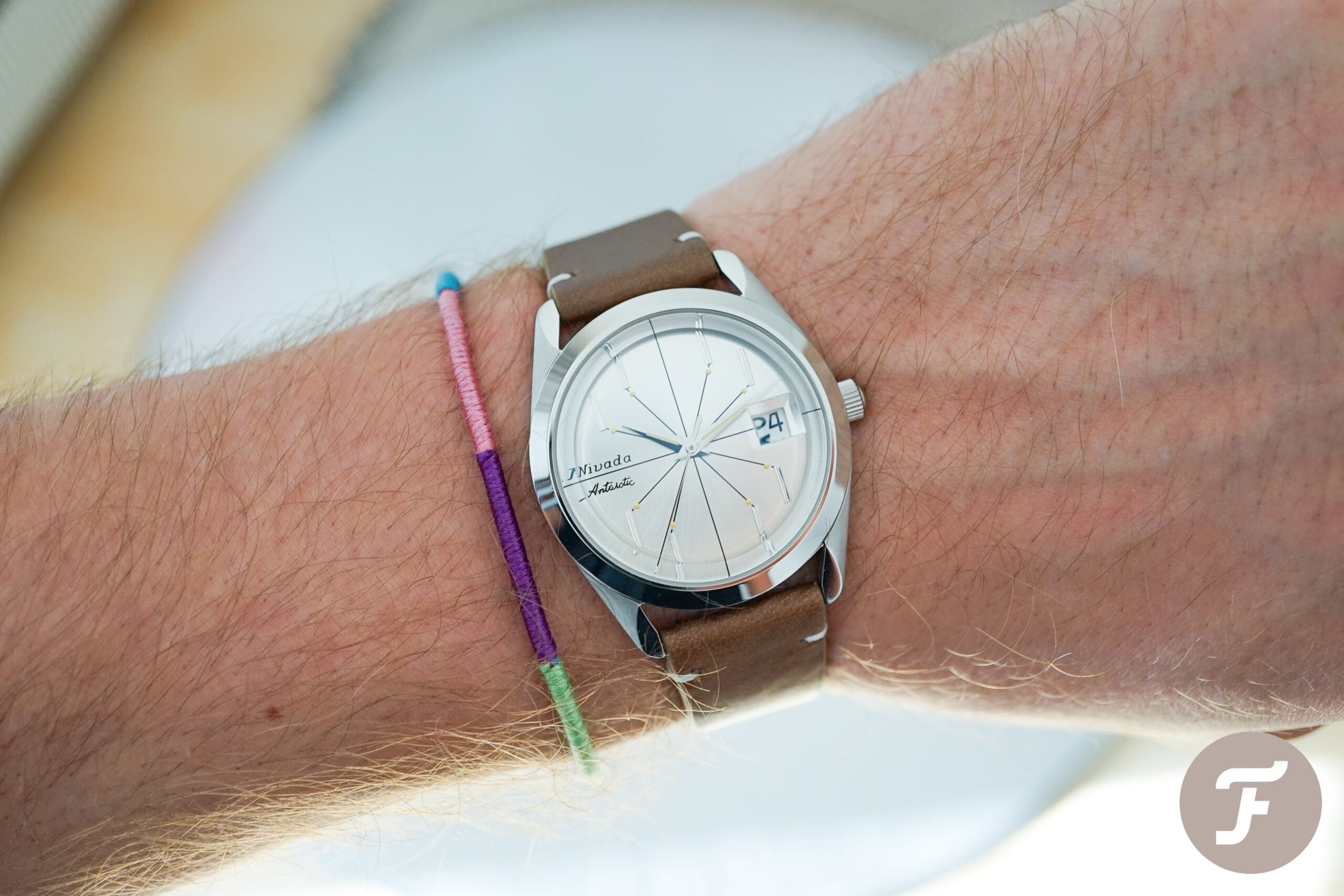 Well, I told you what I don’t like about it. Now let’s find out, aside from the look and the feel, if usability is on point too. The Soprod movement is automatic, like the original Spider was, with a quick set date and a screw-down crown to ensure water tightness. I’m not sure if the future Antarctic Spider owners would take their watches to the sea, but in case they wanted to, they could. 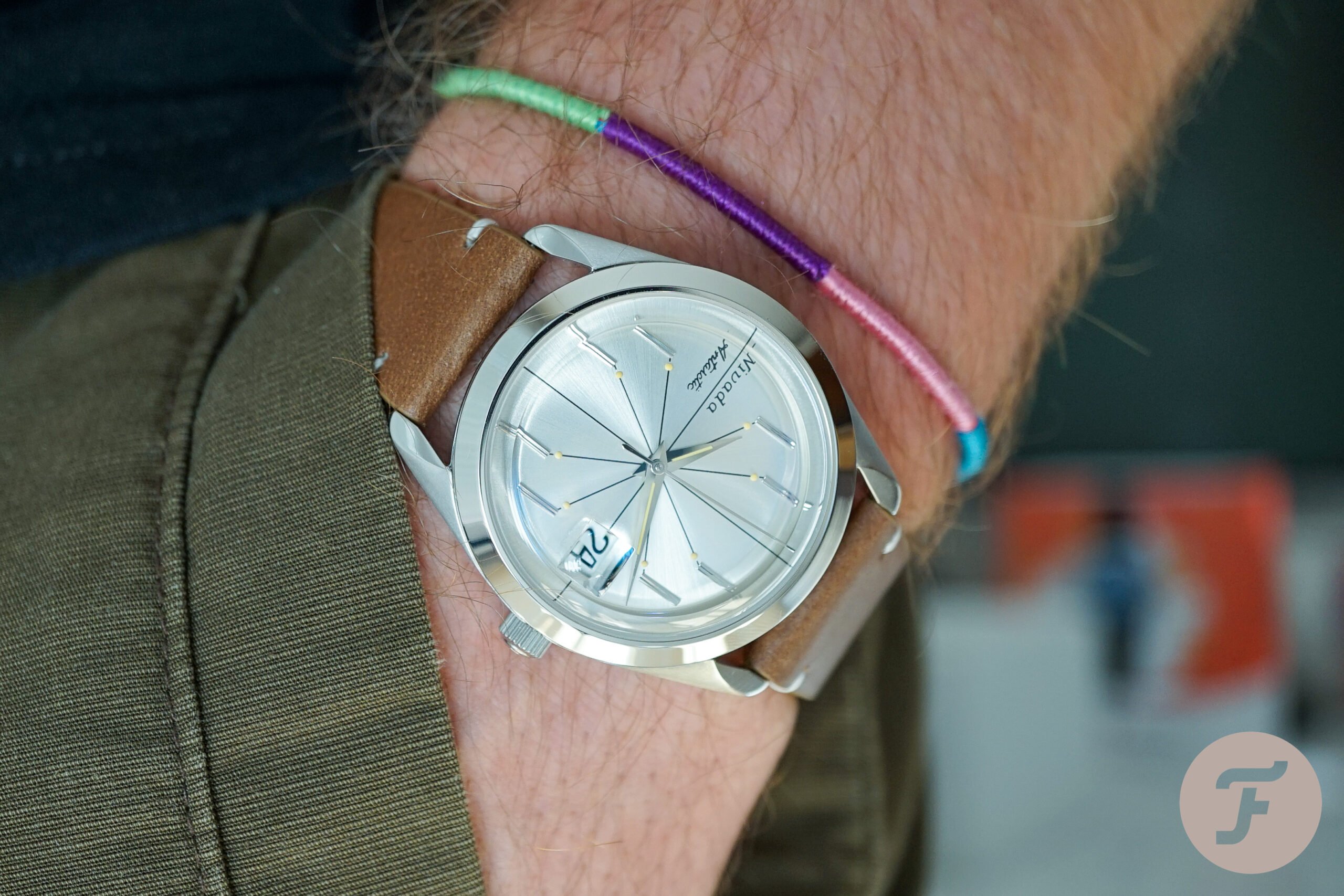 Speaking of which, I got the watch on a brown leather strap with the typical Nivada buckle we have seen on other models from the brand. It’s a soft and comfortable strap but definitely not the best option for a swim. For this, Nivada offers the Antarctic Spider on steel Beads of Rice (BoR) as well as a couple of other options from Forstner. If you fancy a more modern look, you can also get the watch with a rubber tropic style strap. I personally prefer the leather, but the BoR bracelet would likely be my second choice. 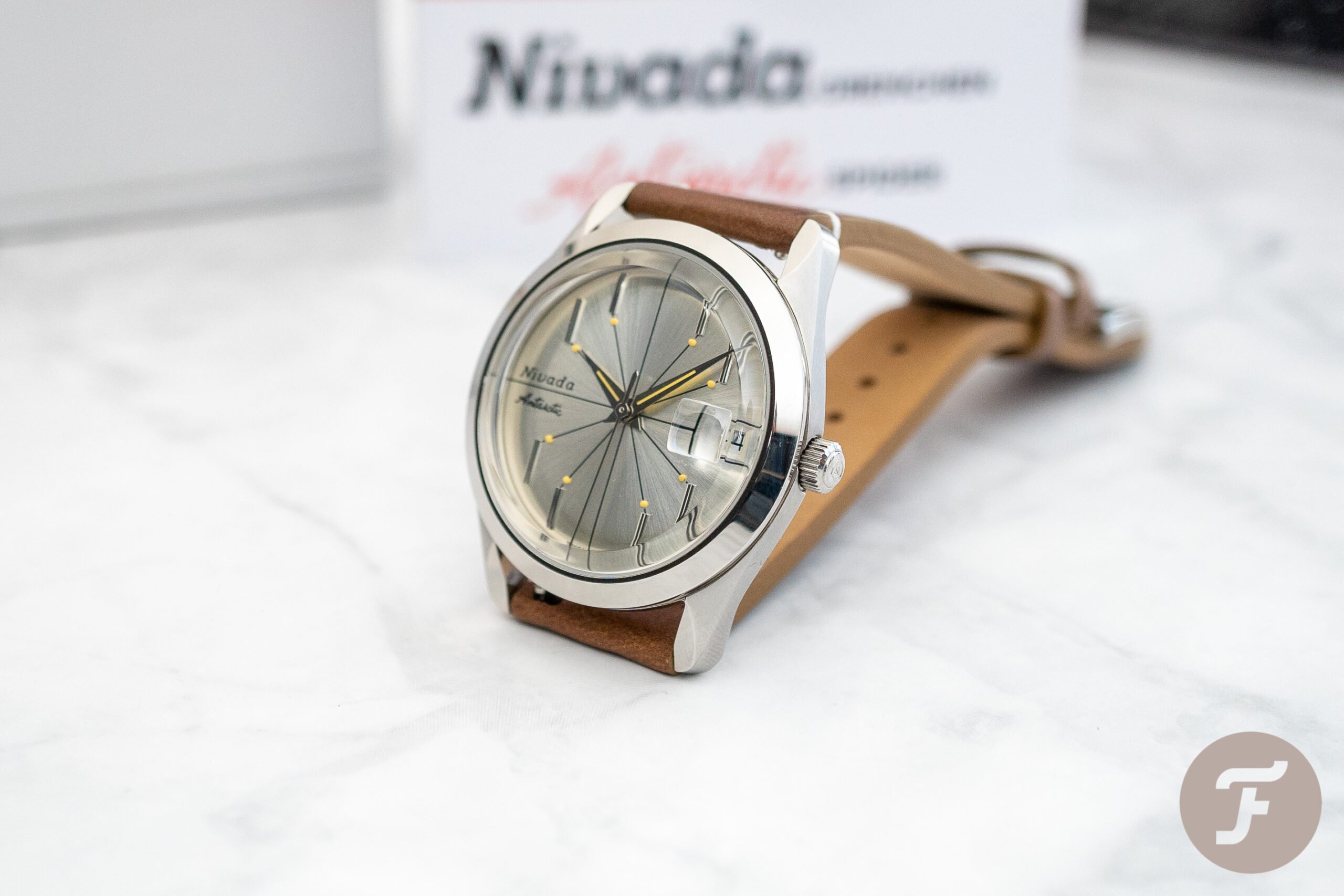 First and foremost, the price. Most of us like Nivada not only for their products but also for the fair price tags they attach to said watches. Of course, this is all relative, but I firmly believe that the Antarctic Spider’s price is certainly in the affordable range. If you would like to get it on any of the straps, you have to throw €650 (CHF 700, $775) on the table. Should you wish to go for any steel bracelet options, the price is a tad higher at €850 (CHF900, $975). The new Nivada Grenchen Antarctic Spider is available from today on the brand’s website.

Hot Topics
Introducing: The New Seamaster Professional 300M 60 Years Of Bond — With A Special Animated Case Back
105 comments
Are You Still After An Omega × Swatch MoonSwatch?
84 comments
It’s Time To Invest In A Dress Watch — Our Picks From Breguet, Omega, Grand Seiko, And More
72 comments
The Rolex Waitlist Conundrum — How Much Will The Price Of Your Watch Increase While You Wait?
50 comments
The Best Omega Speedmaster Watches Of 2022
40 comments
Popular
Rolex GMT-Master History And Overview Of All Major References
Robert-Jan Broer
18
An Overview Of All Omega Speedmaster Apollo XI Models
Robert-Jan Broer
17
(From The Archives) Shut Up & Read The Truth About Cartier Watches
George Cramer
21