The red twelve. It’s iconic. I really mean that. I say it without a note of shyness. Yes, the most overused word in the watch industry is not one I reach for very often but I like to when I think it perfectly sums up the little things that brands do that end up snowballing and becoming far bigger than they could have ever hoped to become. The NOMOS Glashütte Tangente 38 — 50 Years Of Doctors Without Borders has a long name but an even longer history behind it. Let’s dive into that now.

Doctors Without Borders is known around the world by many names. In English-speaking countries, we call it the DWB. In NOMOS’s homeland (Germany) the company is called Ärzte ohne Grenzen (or ÄoG). The company’s original name, however, is Médecins Sans Frontières, owing to its French origins. As much as we English-speakers like to translate everything into our language, I think it is safe to say that MSF has pretty global recognition in its native French.

In fact, I’m quite convinced that even people who can’t or never thought to translate Médecins Sans Frontières still use it as if it were part of the English language. Perhaps that’s why NOMOS, which used to produce these watches in multiple languages, decided to officially style this 50-year anniversary special as the NOMOS Glashütte Tangent 38 — 50 Ans De Médecins Sans Frontières. 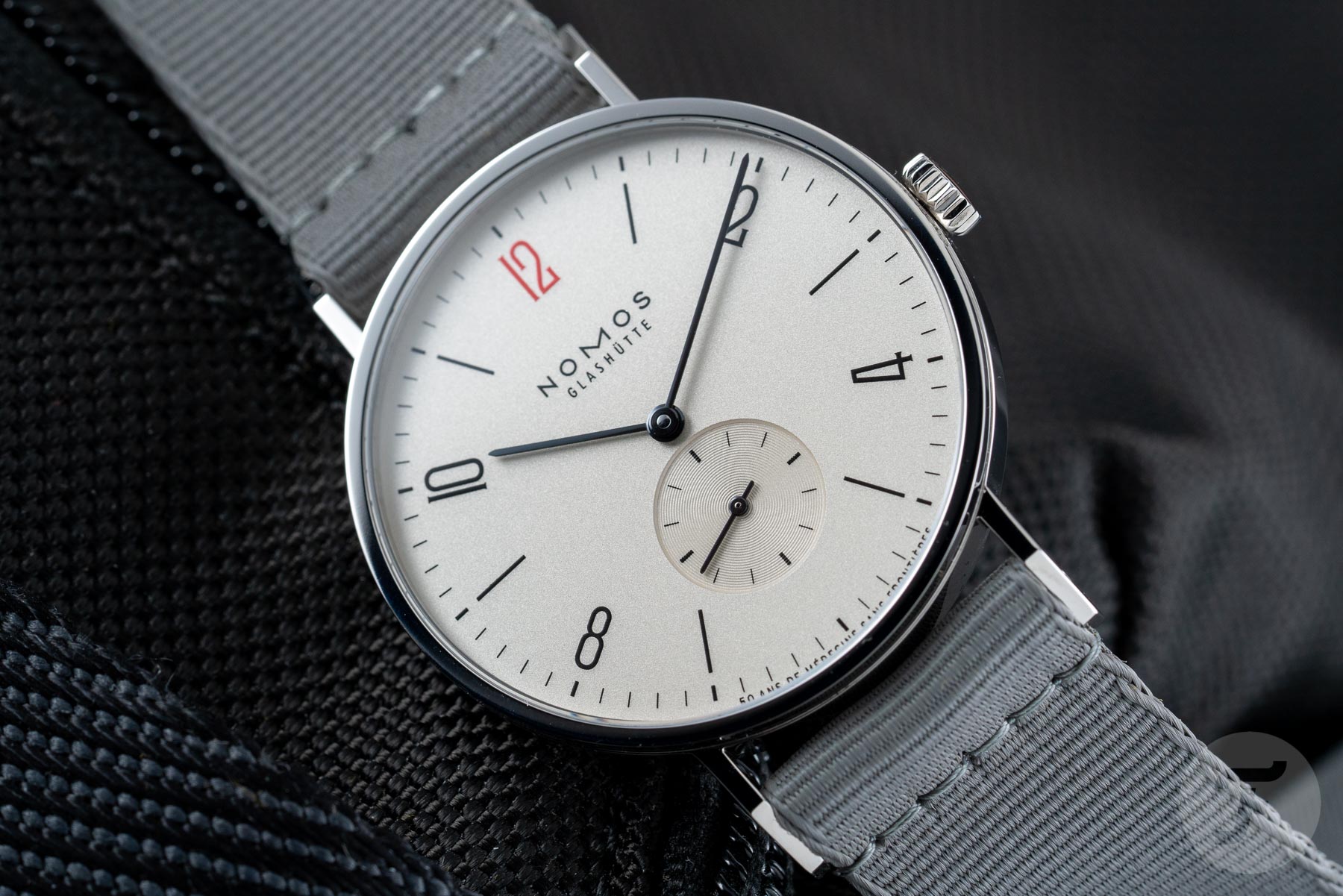 Médecins Sans Frontières was founded in 1971, following the Biafra secession. Biafra was a west African territory located towards the south of what is modern-day Nigeria. Biafra had existed before European colonization led to the creation of states such as Nigeria. Between 1967 and 1970 (the Nigerian Civil War), Biafra once more declared independence from the federal government of northern Nigeria. The response by the northern Nigeria government was devastating. 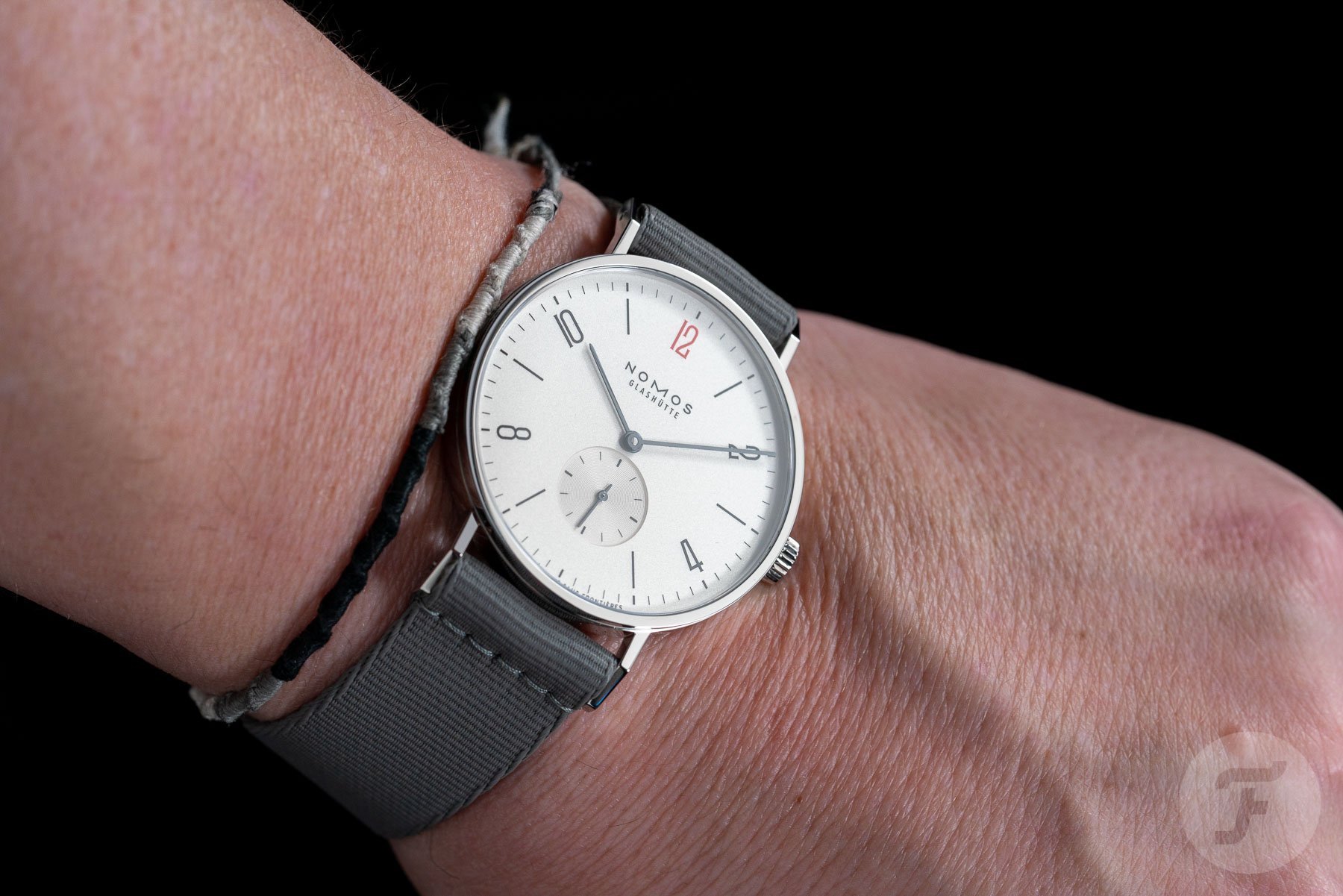 Federal troops marshaled the borders of Biafra. They took control of its ports. This total blockade was initiated with the simple goal of starving their enemies to death. Horrifically, it worked rather well. Within the two and a half years of conflict, 100,000 federal soldiers met their end as the Igbo population of Biafra fought back against their oppressors. On the other side, however, the death toll was significantly higher. Estimates range from 500,000 to 2,000,000 dead Biafrans. Distressingly, an estimated 75% of the dead were small children. 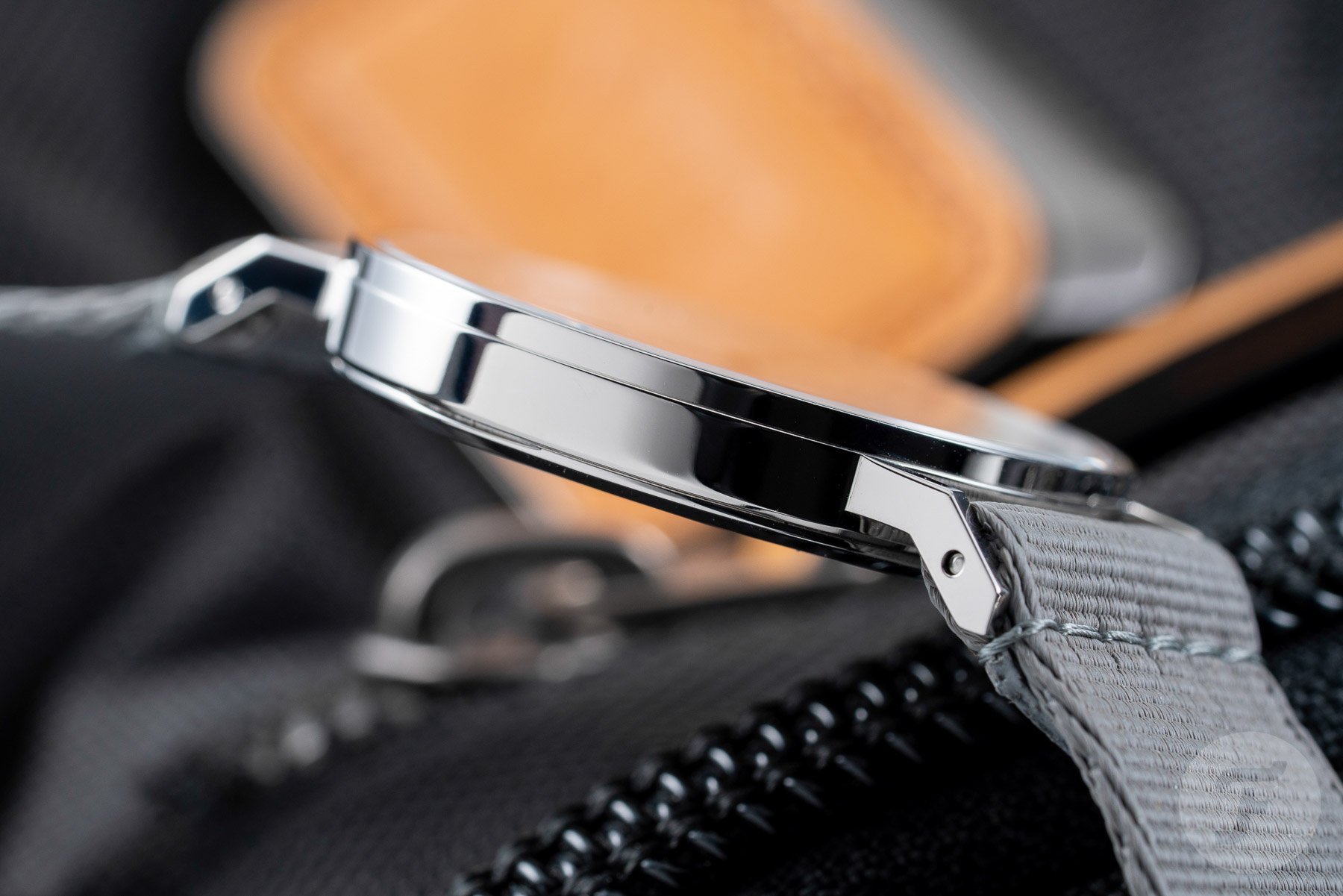 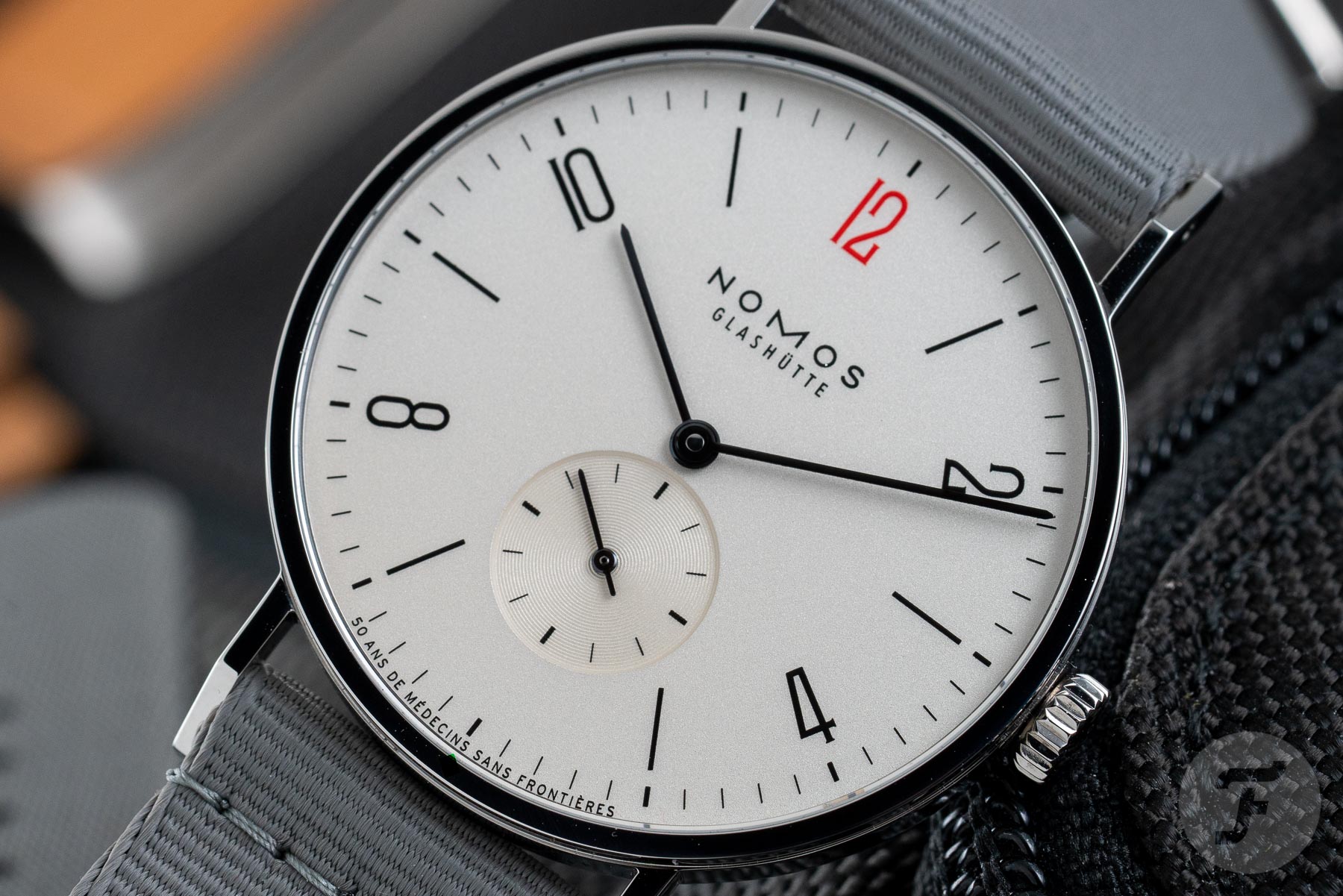 Why does NOMOS work with MSF/DWB/AoG?

Médecins Sans Frontières’ unusual level of impartiality gives it an incredible voice on the international stage. MSF places independence and impartiality front and center and, in order to maintain this neutral stance, actively limits the amount of funding received from governments and intergovernmental organizations. As such, fundraising is still an important part of the company’s mission. NOMOS Glashütte, a similarly independent and soothing voice of reason within its own industry was more than happy to help. 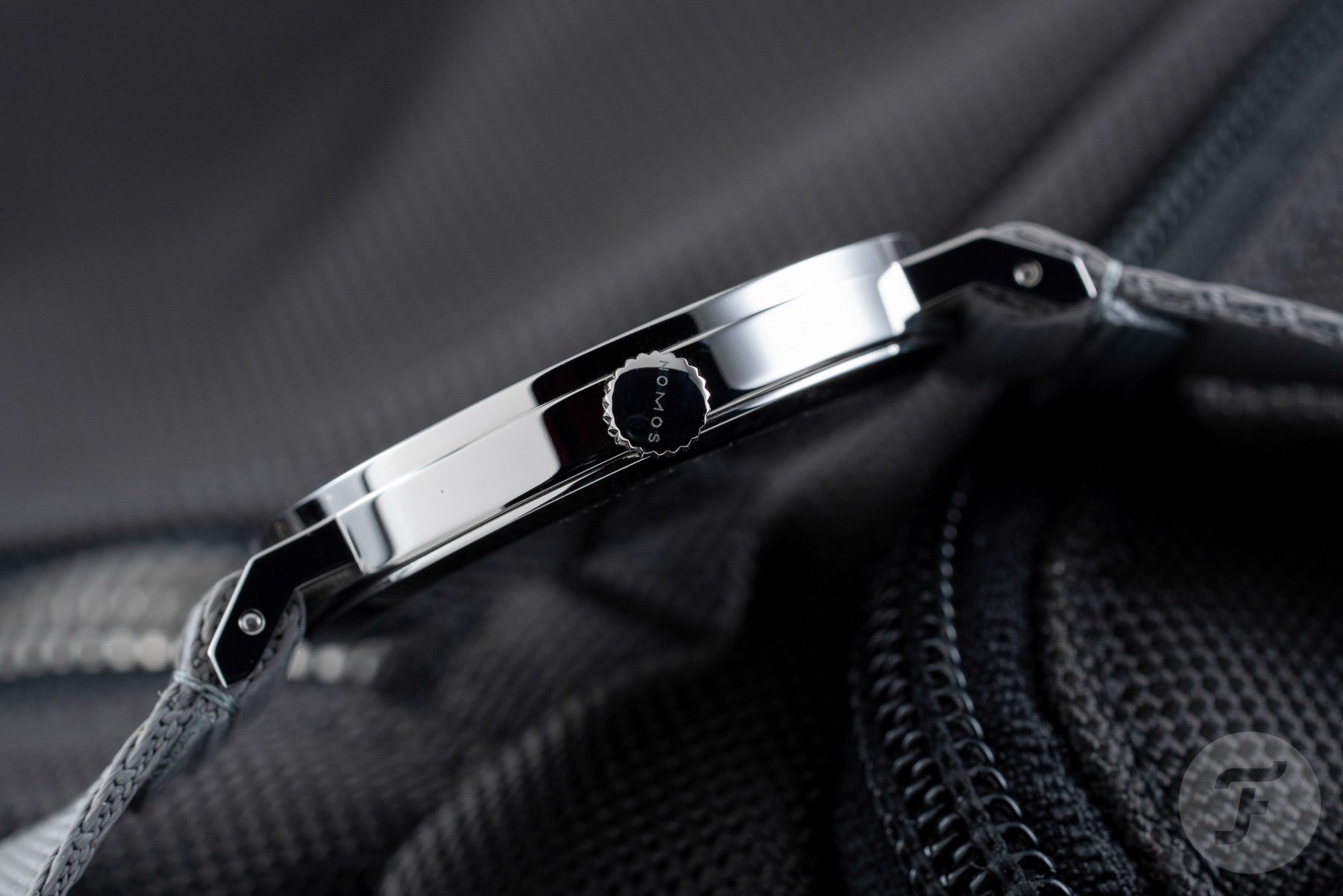 We live in a world of grays. Very few things are as simple as I’m sure we’d like them to be. Life is often complex and confusing. It is rare that something seems as fundamentally correct, as quintessentially pure as a human’s right to care and medical attention when necessary. MSF are the good guys. Why wouldn’t you want to be on their side? 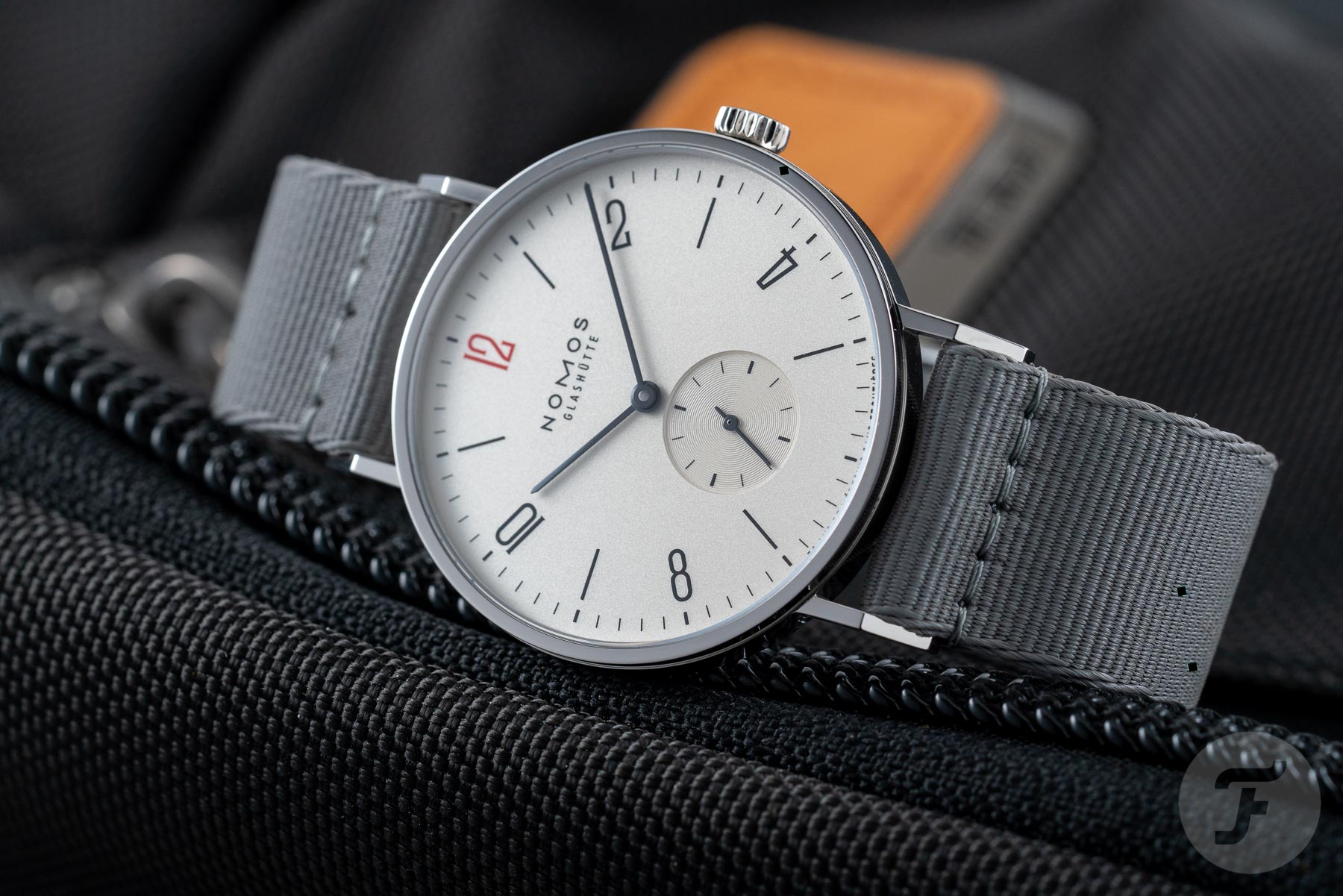 The atrocities that inspired MSF’s foundation painted a clear and present picture of the horrors humans are able to inflict upon one another. While MSF cannot hope to stop wars, it does hope to ease the suffering they and other disasters cause. NOMOS is a brand that has always prided itself on its openness, accessibility, and welcoming atmosphere. It is one of the few brands that has spoken out on political issues in its local area. This stance was not universally well-received. It was, however, widely praised for its bravery and the brand’s clear commitment to effecting positive change. 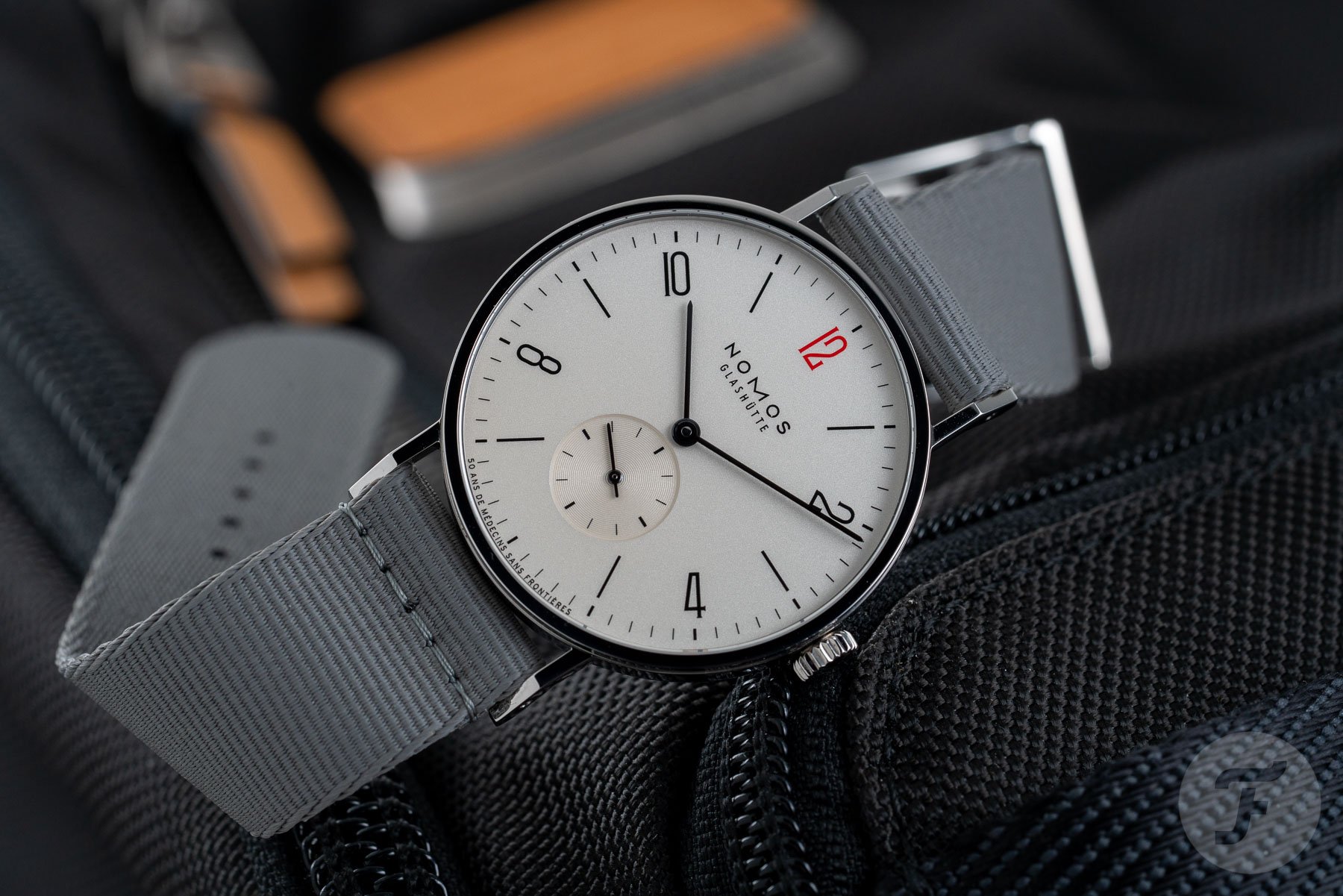 Daring is as daring does

By sticking to the inclusive and tolerant principles of its founders, NOMOS was able to turn what could have been a public relations nightmare into a positive movement. By speaking out against the shocking intolerance on display in its own region, NOMOS positioned itself as a force for good. Simply by doing what it thought was right, the brand asked the question of other luxury watchmakers: what will you do to make a stand? MSF made that stand in 1971 and has, for fifty years since, been an unrelenting force for good. 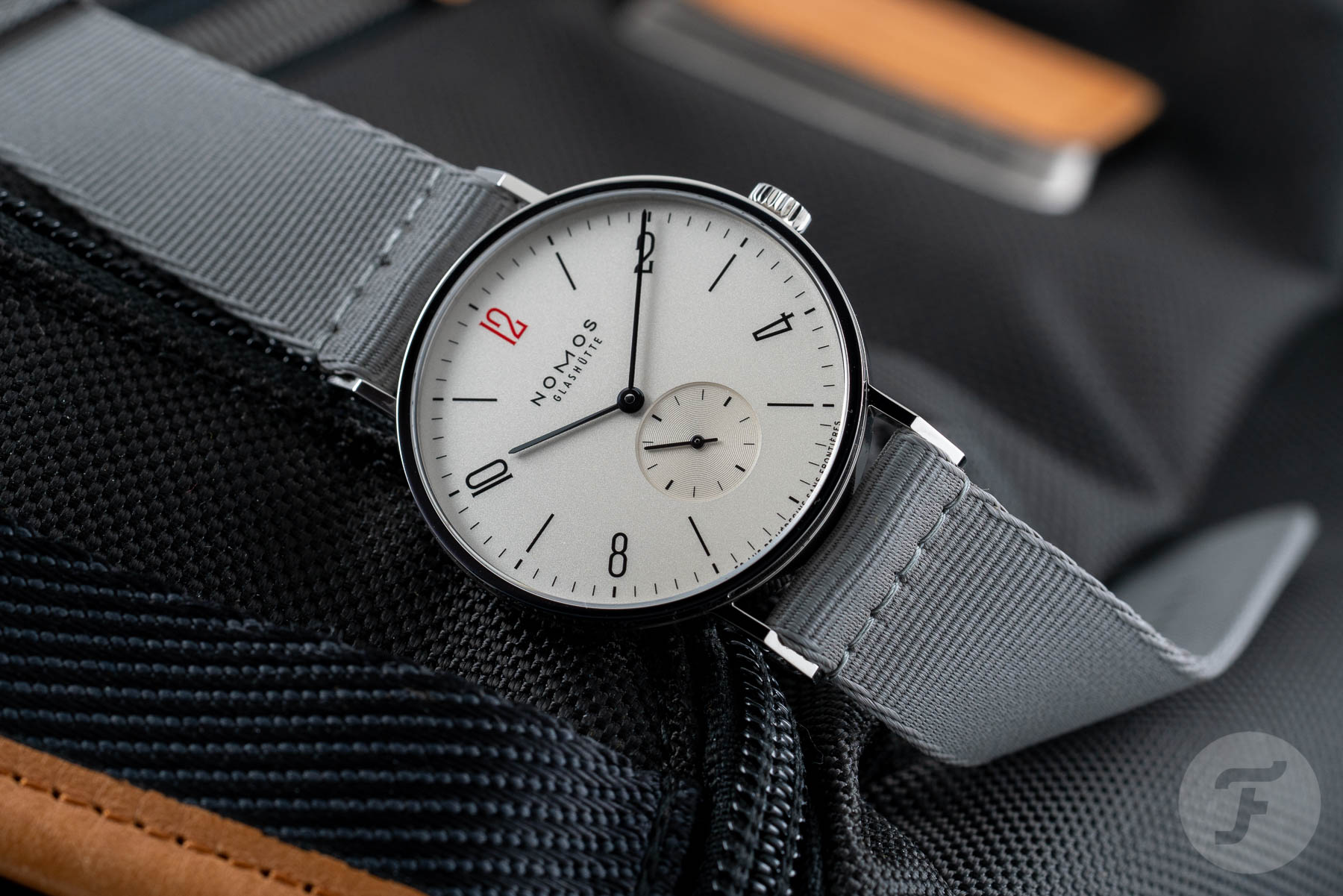 Does it make sense, though?

Charity partnerships with luxury watch brands are always tricky. Some people will cynically dismiss them as PR stunts. Others will nonchalantly shrug and accept them as part of the business and nothing to get excited about. But sometimes (however rarely, I admit) a partnership makes sense on a truly visceral level. There is (and always has been) something that struck me as wholly appropriate about the NOMOS/MSF association. And this was before NOMOS flexed its muscle as an activist brand. 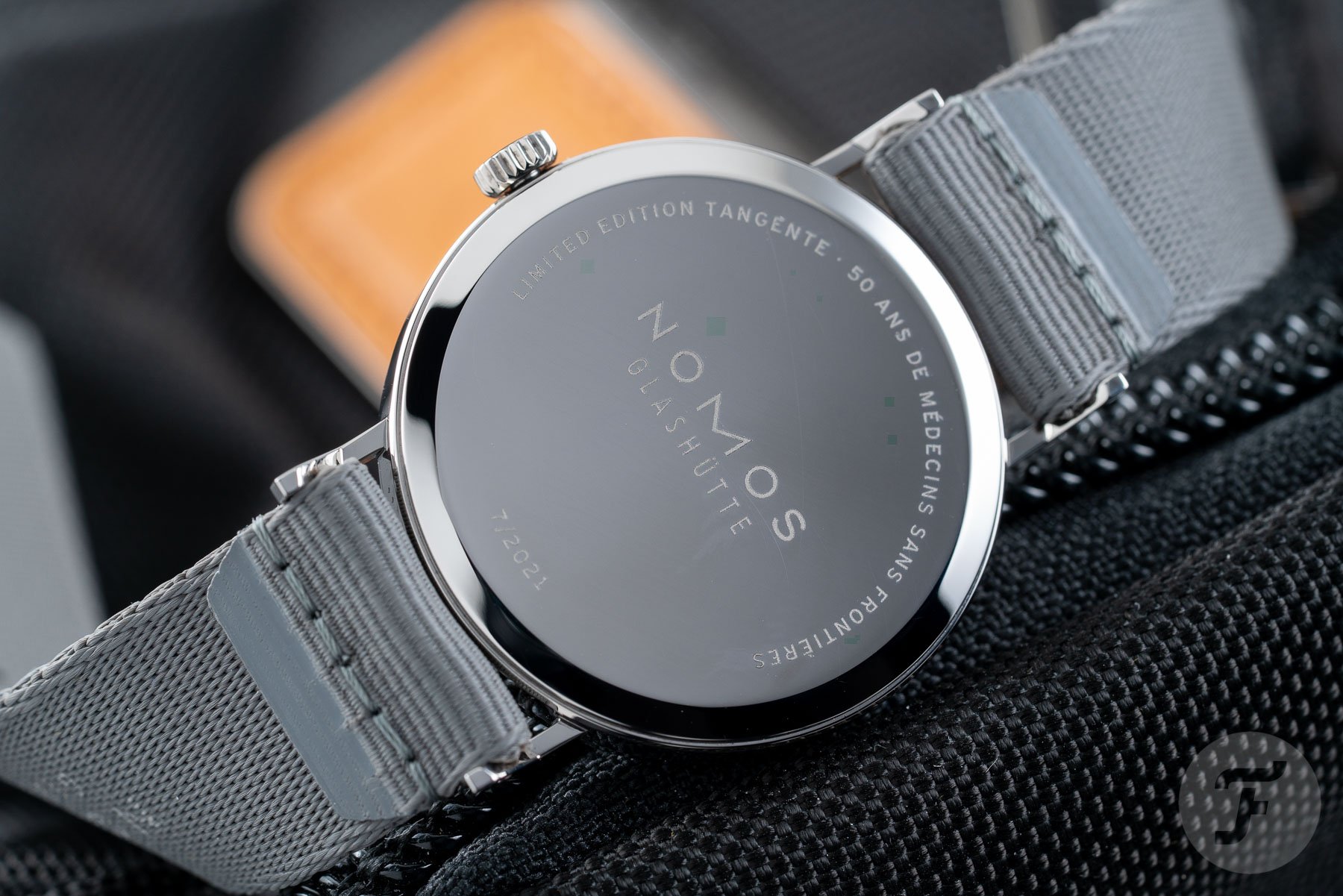 There is something charmingly humble about the Tangente in general. The striking red twelve (which sounds like a small thing but is a rather exhilarating flash of flair as far as NOMOS is concerned) and the sneaky text at six o’clock are the only dial-side indications that this is a special edition watch at all. As a product, I believe it to be a triumph. It would be one of my favorite Tangente models were it simply part of the core collection. Perhaps that’s why this series has endured for so long. More likely, however, is the fact that this partnership simply works on every level.

A marriage of ideals

There is a marriage of ideals here — a shared vision. There seems to be a genuineness to this affiliation I can buy into. But when I break it down to the very bare-bones, the 37.5mm 6.7mm stainless steel Tangente, powered by an in-house Alpha caliber, and sporting a handsome silvered dial that looks just as mature as you’d hope a 50-year anniversary watch would look and all for €1,620, is just a brilliant timepiece. And it’s one to treasure for the next 50 years of MSF. Learn more about NOMOS Glashütte’s partnership with Médecins Sans Frontières here.