Transformed, wonderfully quirky, and in an entirely new light: Sarah Illenberger has produced creative images of the timepieces from NOMOS Glashu?tte—and turned advertisements into art.

Berlin/Glashu?tte, January 2014. Things are transformed in the studio of Sarah Illenberger, the renowned artist and illustrator from Berlin: Watches become bird eggs, ships, and flowers. Created with paper and scissors, found objects from flea markets, eBay, and the cellar—and above all, a great deal of imagination. The result is a change of perspective: The watches (and whatever else Illenberger transforms) are seen in an entirely new light.

The large-format photographs contain a great deal of handcraft and some high-tech—both of which can also be found in the watches from NOMOS Glashu?tte. The Munich-born artist developed her unique style during her studies at the Central Saint Martins College of Art and Design in London. Since then, her illustrations have attracted critical acclaim and international demand: In her Berlin studio, Sarah Illenberger works on concepts for images published in the Su?ddeutsche Zeitung Magazin or the New York Times, on intricate advertisement features, as well as on her own projects. Always with a great attention to detail, often with a twinkle in the eye—which is another way in which Illenberger and NOMOS Glashu?tte go together perfectly. 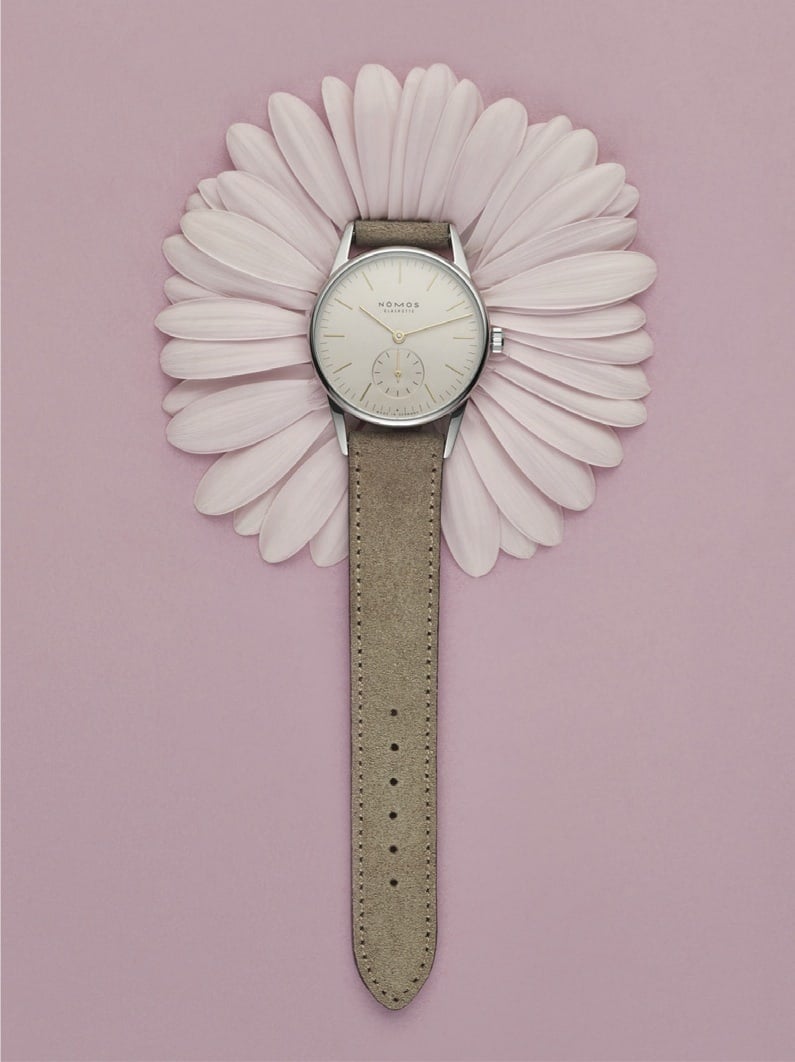 Working with watches was still a particular challenge for the artist: In order for the trans- formations to be successful, the items had to be instantly recognizable—something that is not easy to do with watches, which are, after all, small and remain quite stubbornly: watches. “Watches are already very iconic, which makes them much more difficult to transform than a doorknob, for example,” the artist discovered. But the result is unbeliev- ably beautiful: The images from Illenberger are to be found in the independent watchmaking company’s upcoming catalog, as well as in large format in Glashu?tte and at the brand’s flagship store in Zurich. And online too: www.nomos-glashuette.com.