Nowadays it seems that something new is coming out of the Omega Headquarters in Biel/Benne every week. If you think like that you are not far from the truth.

As the die-hard Omega fans might know, the brand did not start its life as Omega SA.  Louis Brandt established his business in 1848 in the city of La Chaux-de-Fonds. The name if the company; La Generale Watch Co.  After the founder’s death his 2 sons took over the business and in 1894 they released their new movement. It was the 19-ligne. At the time the movement was one of the most accurate calibers around. It was revolutionary for every component could be replaced without modification by any watchmaker in the world. Furthermore, the perfected combination of winding and time-setting via the stem and crown was also ground-breaking and is still widely used today. The brothers named it; Omega. 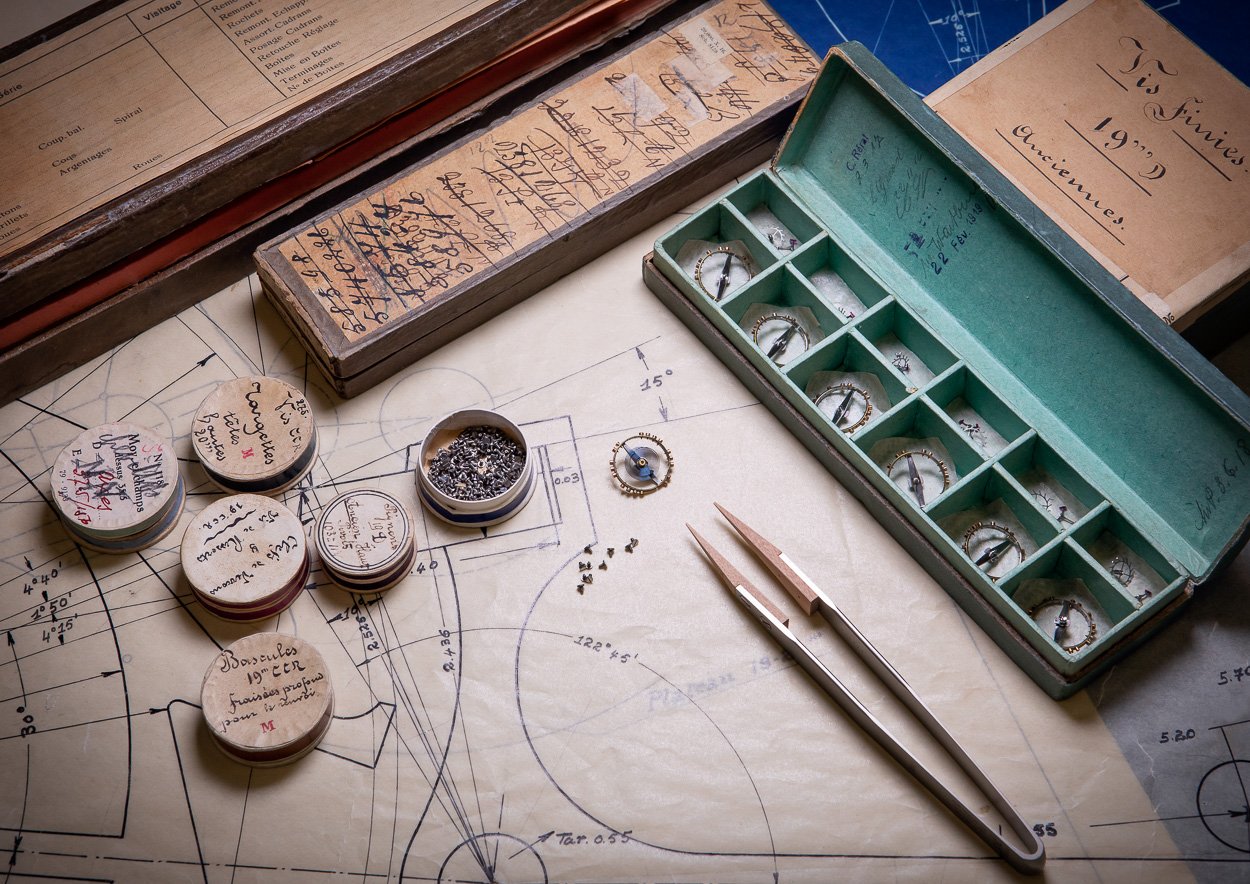 This was their way of showing the world that their latest creation is the epitome of watch movements. As the last letter in the Greek alphabet, Omega symbolizes the ultimate accomplishment. The Omega caliber became such a huge success for the company that Louis-Paul and César Brandt adopted the name for the whole business. In 1903 Omega Watch Co. was born. This year marks the 125th anniversary of the Brandt brothers introducing the Omega caliber in 1894. 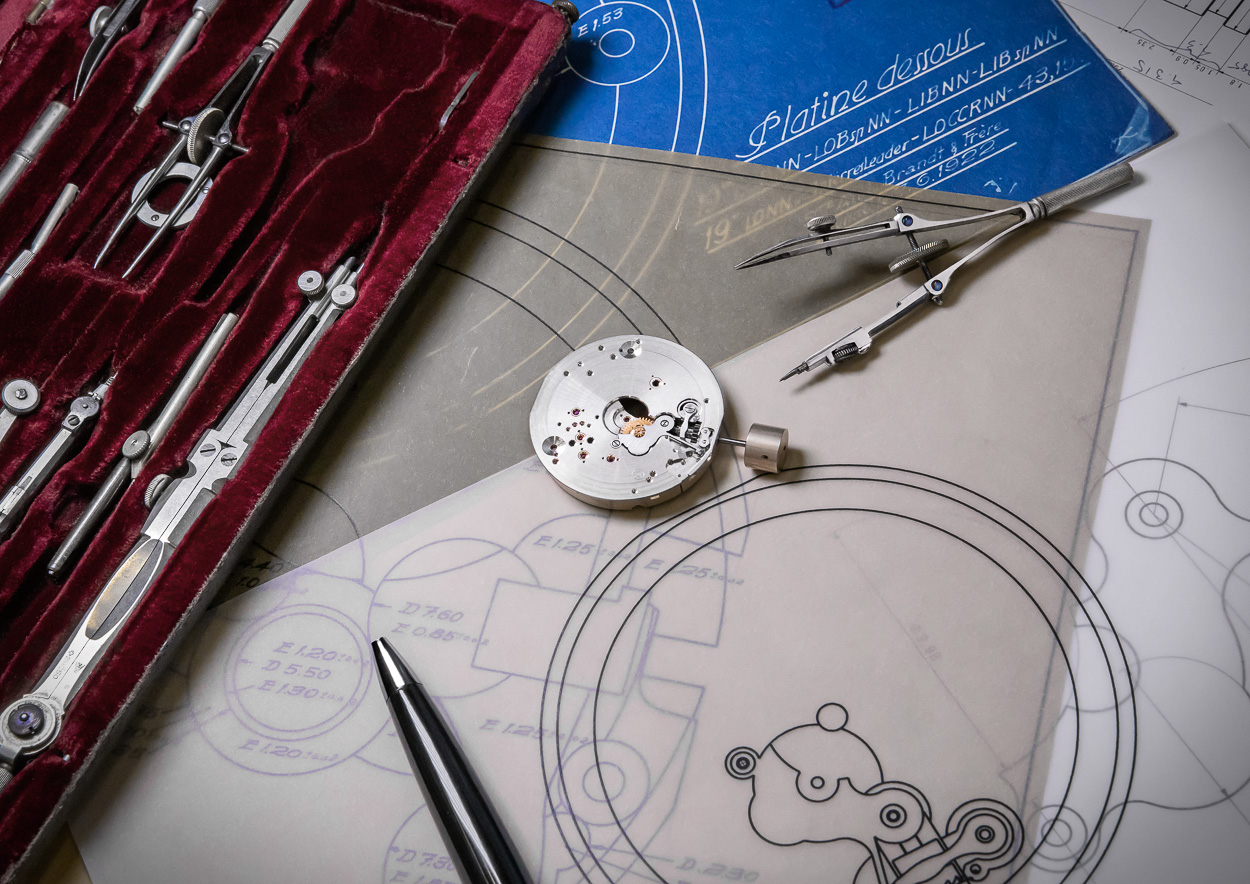 After more than a century the 19-ligne Caliber opens a new chapter in its life. When the production of this movement stopped in 1923 Omega saved the last components in stock. With the help of the Omega Museum, where those parts were stored, this stock has been brought out and will be used by the watchmakers in OMEGA’s Atelier Tourbillon to recreate 19 new movements. Original bridges, main plates, escapements and bimetallic balance spring from genuine 19-ligne components. 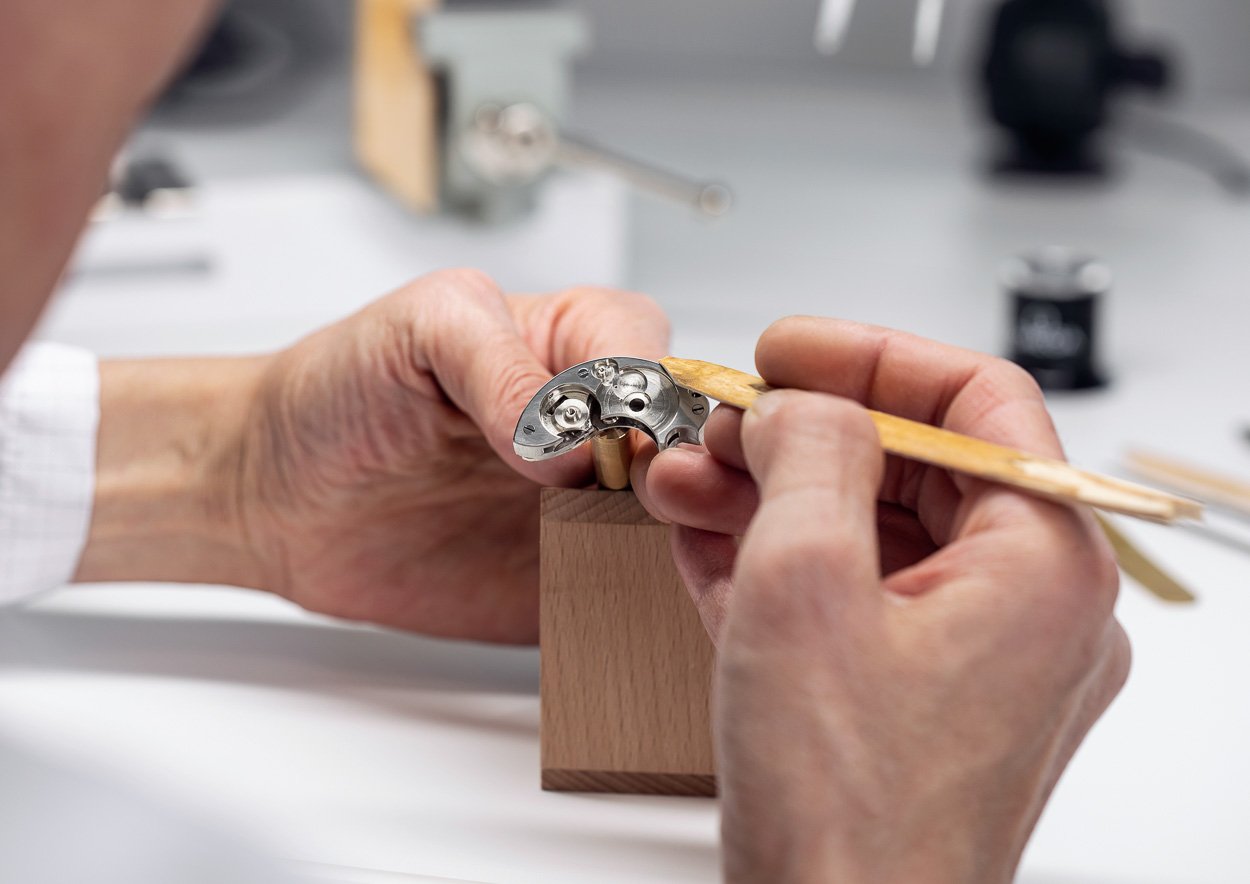 To celebrate this milestone of 125 years, Omega will release a new De Ville Trésor with some unique touches and an exciting movement. The watch follows the design of the Omega De Ville Trésor. 40mm, 18K yellow gold case with domes indexes and stylish, slim hands. Although, this timepiece has a dial you have not seen before by Omega. It is red enamel, a first by Omega, that pays tribute to the iconic color of the brand. To make the watch classier, the De Ville Trésor 125th Anniversary Edition will come on a beautiful burgundy leather strap with tone-on-tone stitching. 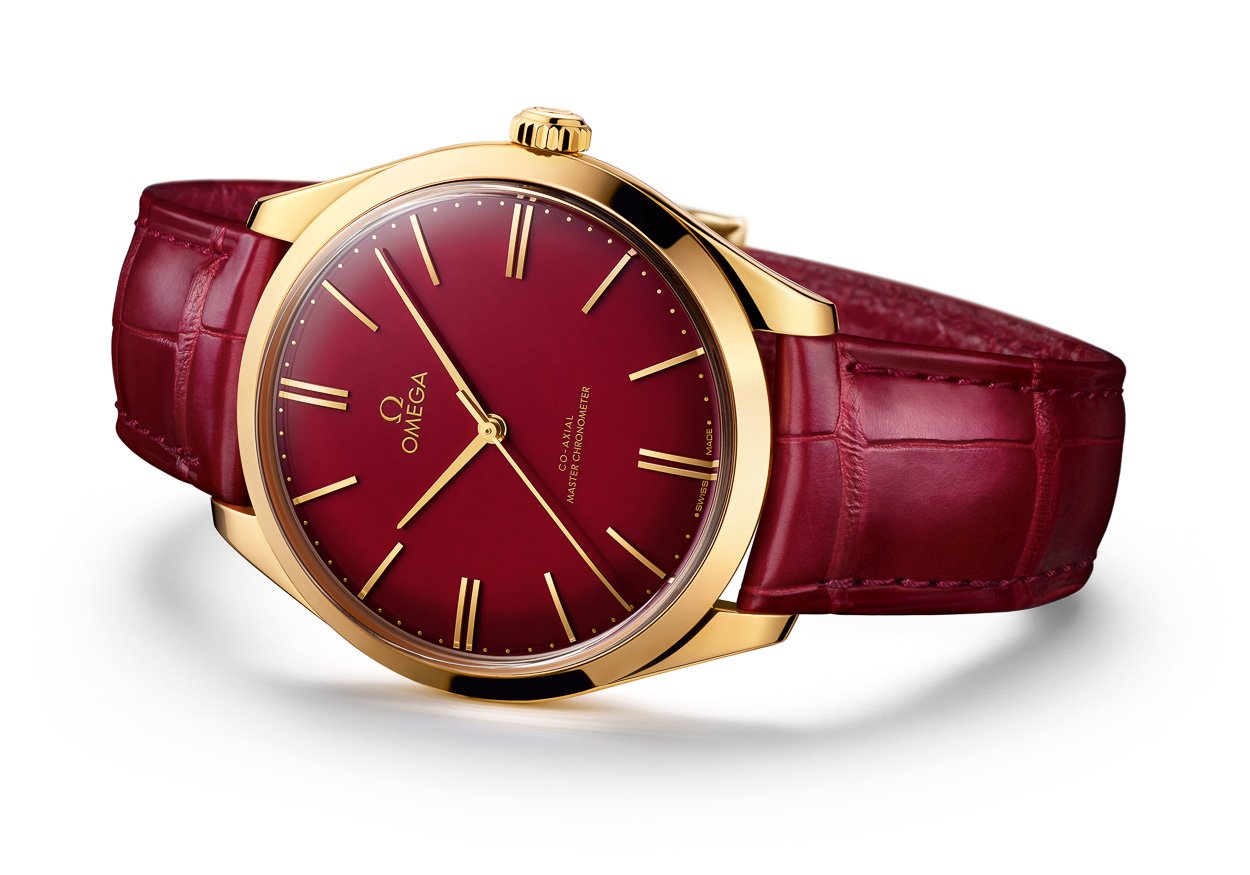 On the case back you can find a red enamel filled 18K gold medallion to mark the 125th anniversary. The decoration around it is the same “damaskeening” that Omega used on some of their 19-ligne movements back in the days. The heart of the Omega De Ville Trésor 125th Anniversary Edition is the new Omega Master Chronometer Calibre 8929. To pay homage to the 19-ligne movement, it is the first hand-wound Master Chronometer caliber that Omega created. 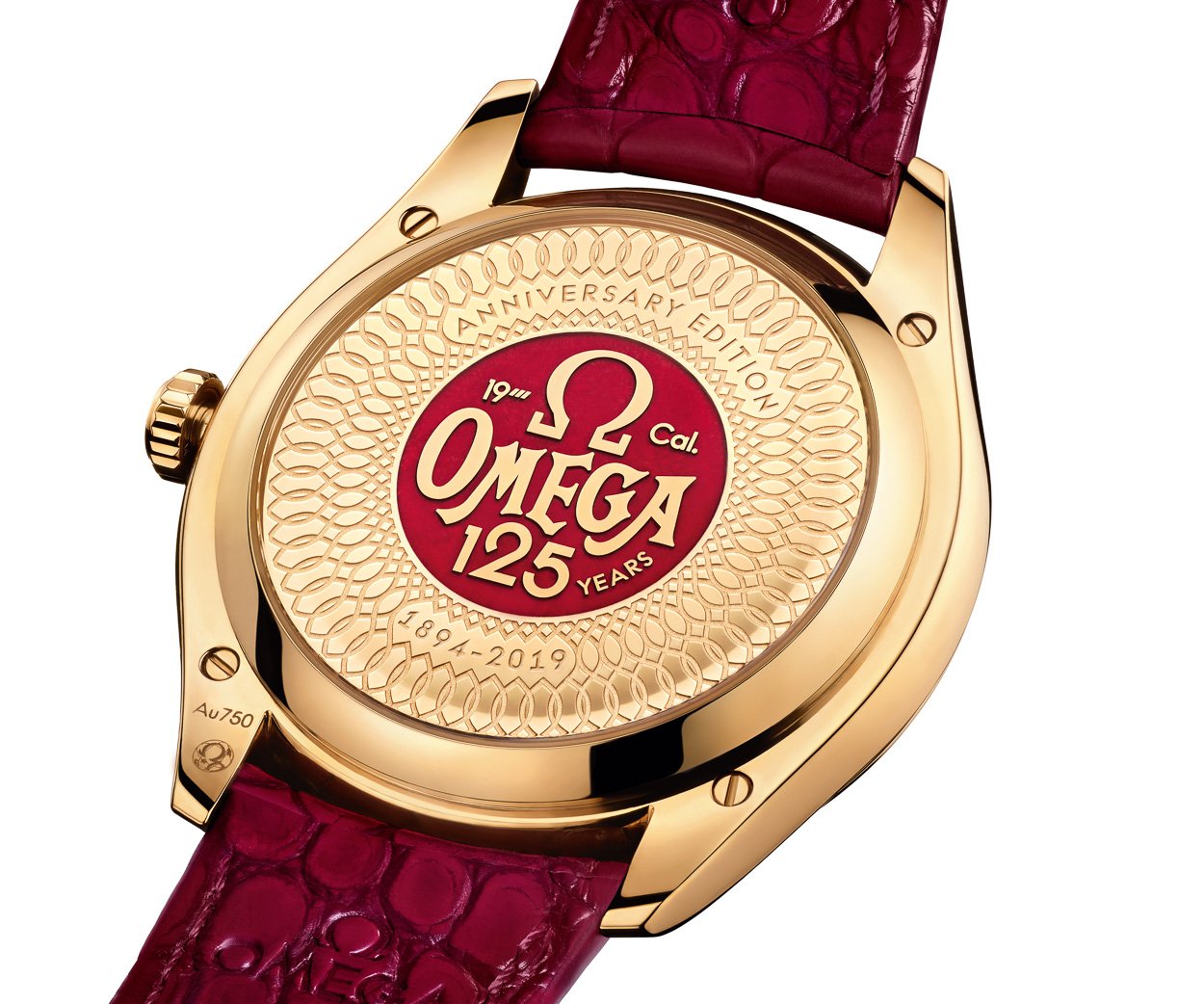 Hot Topics
Introducing: The New Seamaster Professional 300M 60 Years Of Bond — With A Special Animated Case Back
105 comments
Are You Still After An Omega × Swatch MoonSwatch?
95 comments
It’s Time To Invest In A Dress Watch — Our Picks From Breguet, Omega, Grand Seiko, And More
73 comments
The Rolex Waitlist Conundrum — How Much Will The Price Of Your Watch Increase While You Wait?
50 comments
The Best Omega Speedmaster Watches Of 2022
40 comments
Popular
Rolex GMT-Master History And Overview Of All Major References
Robert-Jan Broer
18
10 Tips For Better Watch Photography
Bert Buijsrogge
11
Introducing: The New Seiko Astron GPS Solar 5X series (Live Pictures)
Robert-Jan Broer
9