One of the best surprises of BaselWorld this year was definitely the Omega De Ville Trésor with its Master Co-Axial caliber 8511 hand-wound movement. Available in white gold, yellow gold and Sedna gold (red).

Although we know Omega especially for their sports watches in the current collection, their De Ville and Constellation line-up is important as well. These classic looking collection have quite a history and one could say that the Constellation was at one point the flagship of the brand. However, the Constellation took a different course since 1982 with their ‘Manhattan’ design and the De Ville was until 1999 a toned down collection with a lot of dress watches.

In 1999, Omega introduced their Co-Axial escapement (by using a modified ETA 2892-A2 movement) in their De Ville watches. Three pieces, all limited to 999 pieces and with an awesome pie-pan shaped dial and brick bracelet. An interesting nod to those early Constellation chronometers if you’d ask me. In any case, after another couple of years (2007) Omega also introduced the caliber 8500 Co-Axial movement in their De Ville watch, the Hour Vision.

You would almost think that the De Ville is the starting point of their new movements, but Omega also chose some of their other collections as ‘first models’ with a new movement (think ladies watches and the Caliber 9300 Co-Axial chronograph movement). 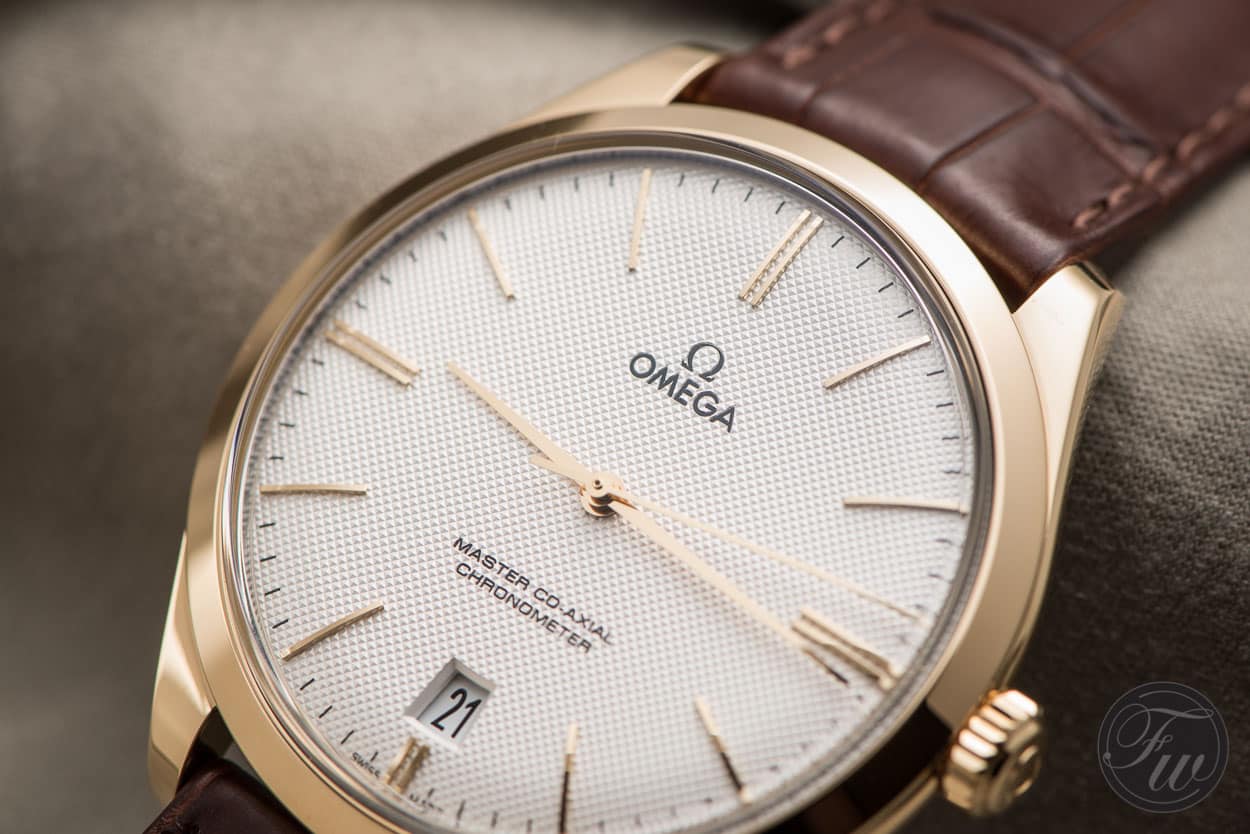 Then, this year’s Basel was pretty amazing at the Omega booth. Not only did we see a new variation on the Speedmaster Caliber 9300 (Grey Side of the Moon, or Lunar Dust as it was called at the time), a new 3rd generation Speedmaster X-33, a Speedmaster Professional Apollo 11 45th Anniversary edition in titanium but also this beautiful classic looking De Ville Trésor Master Co-Axial collection.

According to Omega, the Trésor collection was launched originally in 1949 (between the launch of the Seamaster and Constellation collection) and housed their famous 30mm calibre. Now, in 2014, they (re)launched the Trésor as part of the De Ville family and it houses their beautiful anti-magnetic hand-wound caliber 8511 movement with Co-Axial escapement and Si14 silicon balance spring.

This 40mm watch measures only 10.6mm in height, which is not the thinnest hand-wound watch, but given that it has a date complication and an extra timezone function it is remarkably thin. Also, the crystal is nicely domed as they used to be in those 1940s and 1950s. The date aperture is located at 6 o’clock, like they did with some of their 1950s Seamaster Calendar watches. I love those so I was happily surprised they also put the date at 6 o’clock with this new Omega De Ville Trésor watch.

However, one of the most amazing optical features is of course the dial of this watch. The silvery opaline dial with its ‘Clous de Paris’ pattern is simply breath taking. Add the domed gold indices and the domed crystal with anti-reflection coating on both sides and it will give you the impression you are looking at a museum piece from Omega in Bienne. My watch maker – who has a weak spot for vintage Constellation watches – often complains to me that watch manufacturers don’t make dials like that anymore. Well, Omega just did. 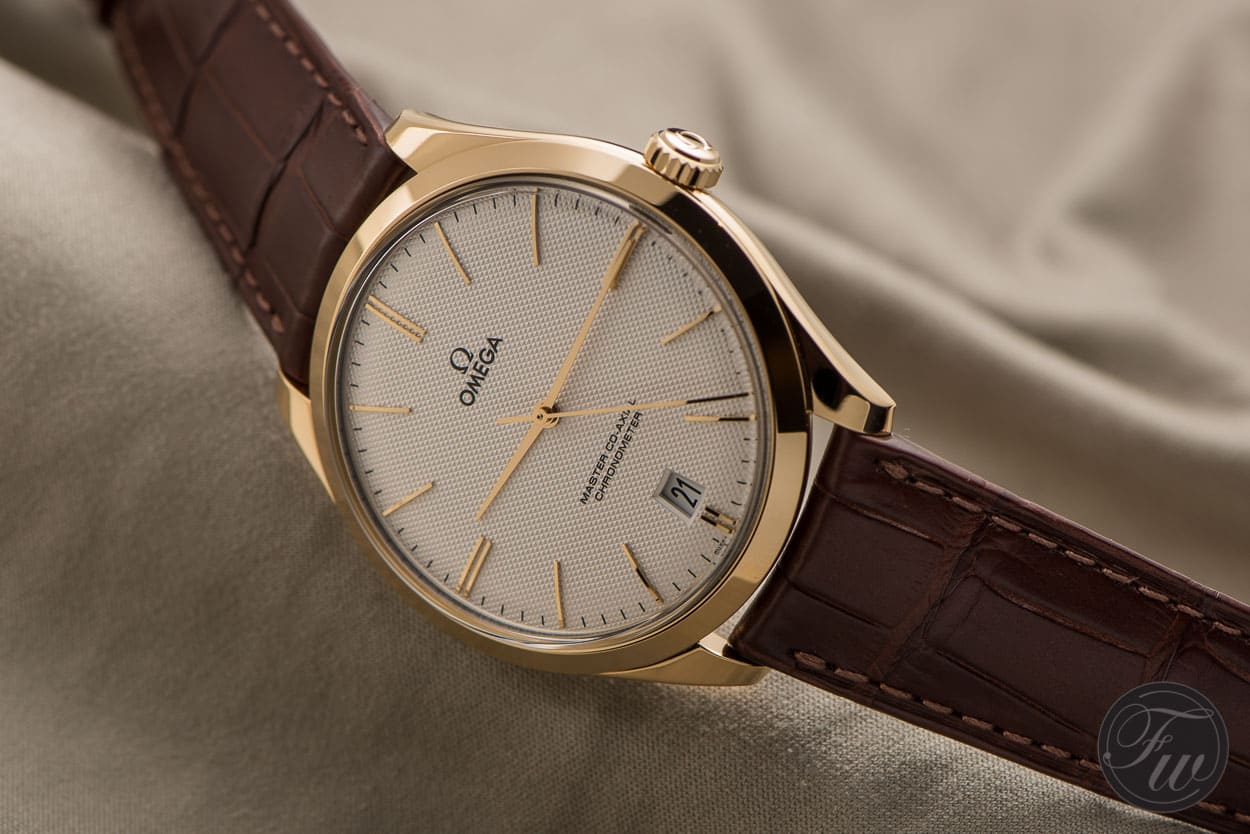 If you take a look at the back of the watch, you will see the beautifully finished Omega caliber 8511 movement. The manual winding movement looks very similar to the ‘regular’ caliber 8500 but this time – of course – without a rotor.

This enables you to see the entire movement in its full glory, with the balance bridge in red gold and nice Geneva waves in arabesque. This 60 hour power reserve two-barrel movement, is also anti-magnetic up to 15,000 gauss.

The technology Omega used for the Seamaster Aqua Terra > 15,000 gauss is now widely embedded in their in-house movements (except for the chronograph movements). 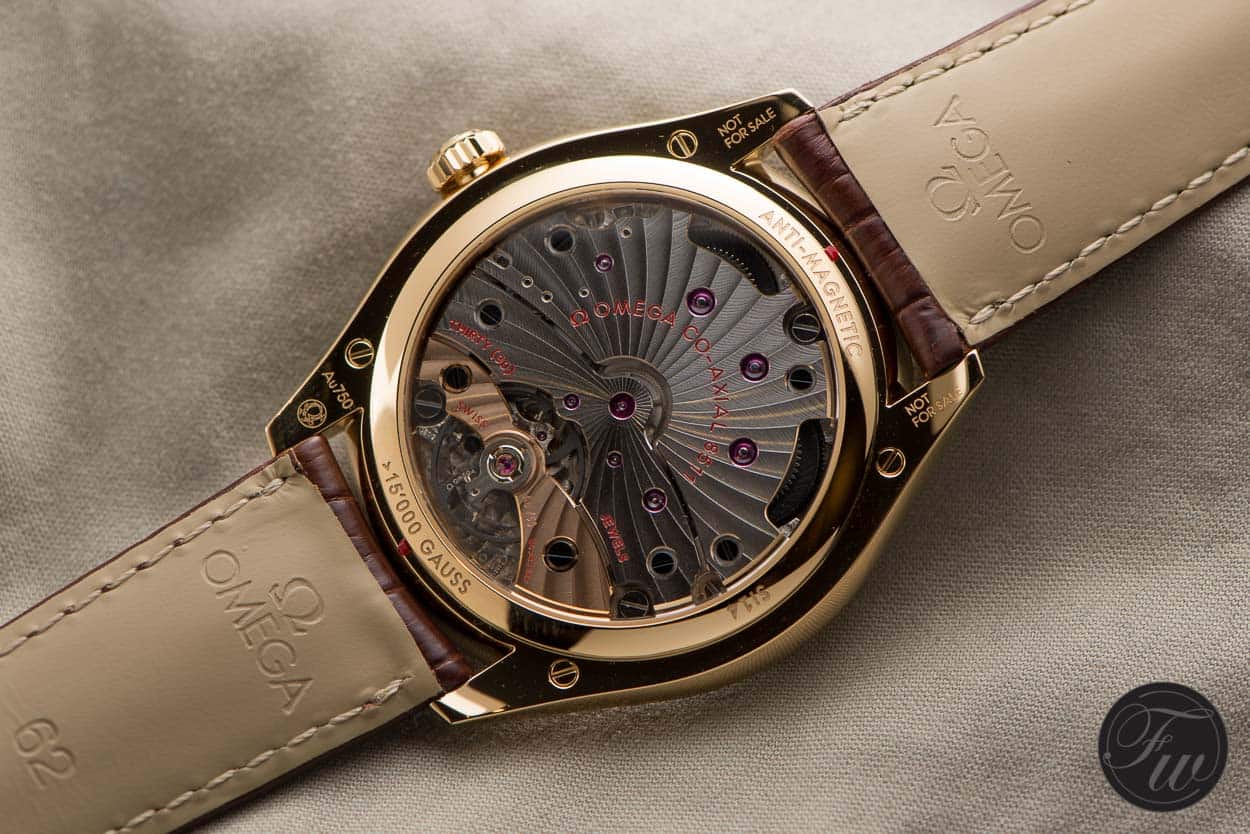 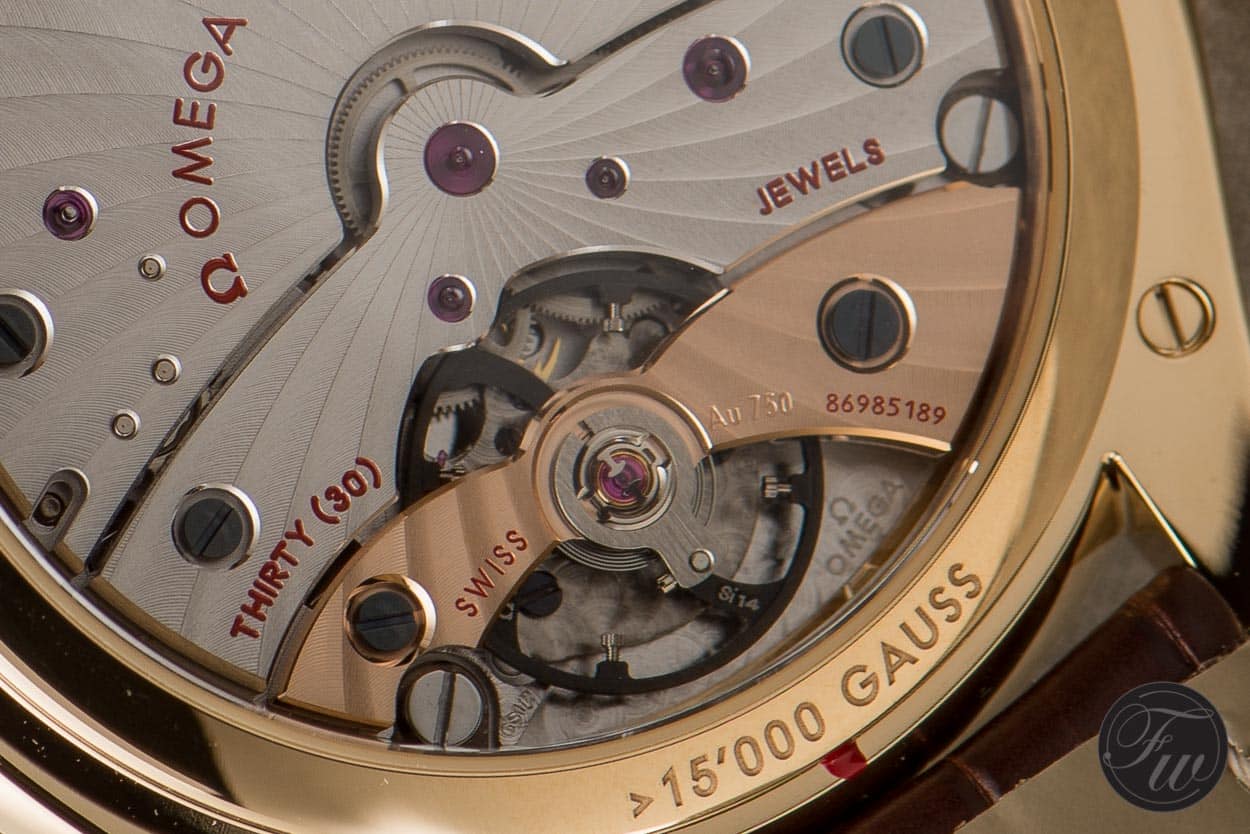 The price of this Omega De Ville Trésor in gold is € 10,310 Euro (including 21% VAT) here in The Netherlands. For a gold dress watch with in-house movement with a finish and look & feel like this, I’d say it is an expensive watch but certainly not over priced compared to some of its competition in this league.

As you can see, we used the demonstration piece (Not for sale) we saw in Basel for this article. So all speckles and spots you see on the watch are just that, we didn’t have time to clean the watch before putting it in front of the lens.