Just like last year, the watch press is being overwhelmed with novelties that are going to be presented during the Baselworld exhibition. Some brands show the product in all its glory already, no secrets to unveil anymore and others are only showing you bits and pieces of their upcoming releases.

Last year, Omega leaked information regarding their Omega Speedmaster Professional ‘Tintin’ a day before Baselworld started. This year, they showed some teasers on their official Facebook page with bits and pieces of a new Omega Seamaster. Among the +500.000 fans of that page, there were some Photoshop magicians that were able to unraffle the mystery without much hassle.

Although we will not be sure until Thursday 27th of March, when Baselworld will start, it seems that Omega grabs back to their very first Omega Seamaster 300 watch, the CK2913 reference. Introduced in 1957, the same year as the Speedmaster (CK2915) and Railmaster (CK2914), shared the same case design as the other two mentioned. They all featured a straight-lug case and had the same combination of polished and satin-brushed parts. All three watches had their own function: the Railmaster being the anti-magnetic watch, the Speedmaster being a chronograph and the Seamaster 300 being a diver’s watch. 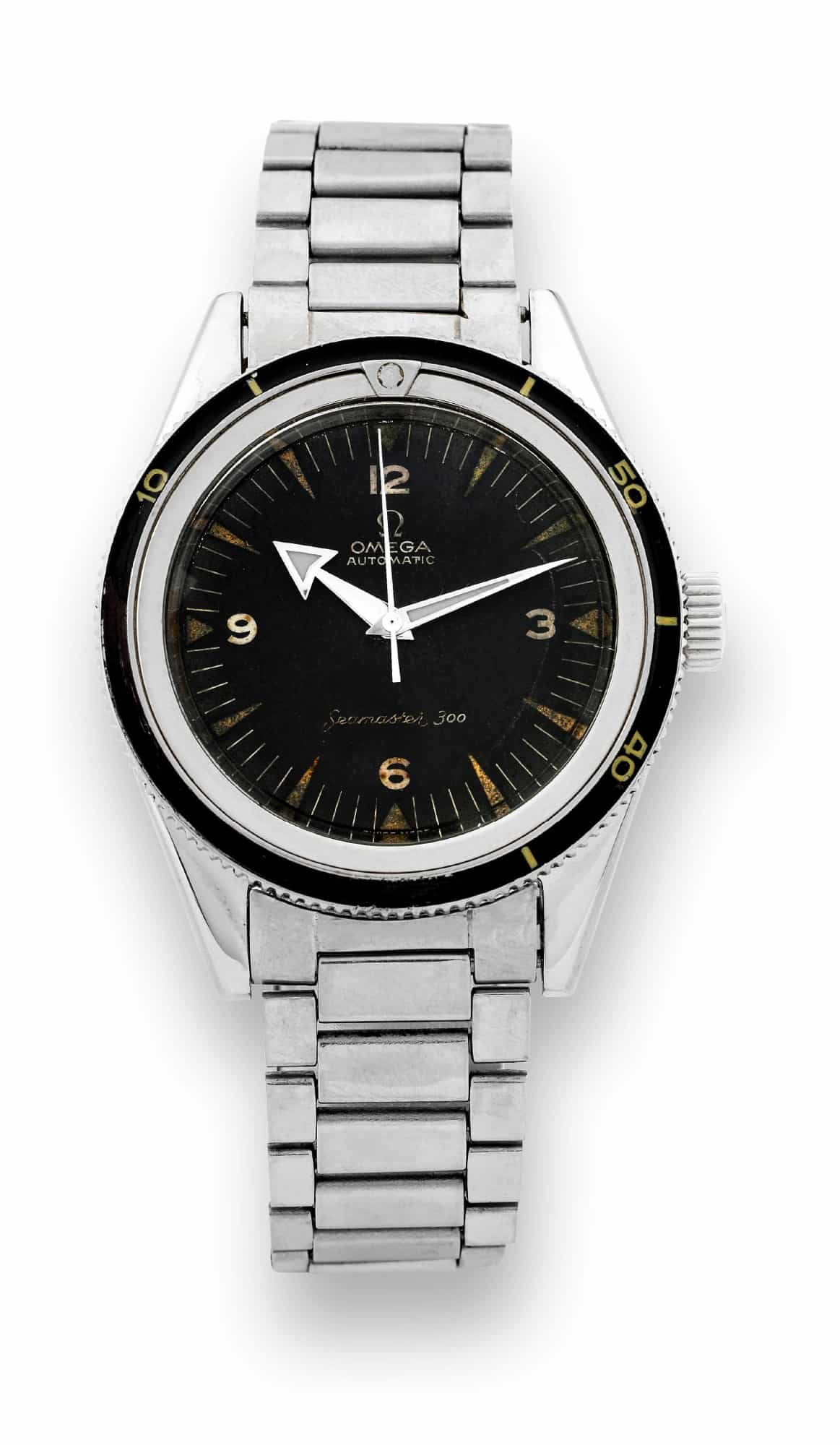 Other parts that were shared between the Railmaster and Speedmaster models were the bracelet and “broad arrow” hands. Omega used the caliber 501 automatic movement for their Seamaster 300. A beautiful copped colored in-house developed movement that was also used in some of their other watches.

It might seem that the ‘300’ in its name stands for 300 meters of water-resistance, but it was not. The Seamaster 300 was rated 200 meters but since the performance of the watch was much better than they were able to test with their equipment that only went as far (or deep) as 20ATM they dubbed it ‘Seamaster 300’.

What we’ve learned from the teasers that Omega showed us, is that the new Seamaster has a straight-lug case and “broad arrow” hands as well. The dial does not read ‘Seamaster 300’ but ‘Master Co-Axial Chronometer’, probably because the Seamaster 300 is more or less being (re)used already for the Seamaster 300M or ‘Bond’ watch. Some questions that are still unanswered are the type of movement that will be used for this watch and which bracelet will be used. As well as the price of course!

We also have seen that Omega showed some teasers of this watch where it has a ceragold bezel. That would probably mean there will be a gold model as well, rather than having this model in a gold/stainless steel combination.

As far as the Co-Axial movement inside, our guess is that Omega will use either the caliber 8500 movement or even the anti-magnetic caliber 8505 movement, which they demonstrated in their Seamaster Aqua Terra 15,000 gauss model. Omega started bringing the Aqua Terra 15,000 Gauss movement caliber 8505 under people’s attention last week again on Facebook, so that’s perhaps a ‘give-away’ as well.

We (Fratellowatches) are privileged to have the first meeting with Omega on Thursday the 27th of March as soon as the doors officially open. Instead of following the crowd running to the Rolex booth, we will be looking at this new Seamaster Master Co-Axial Chronometer ‘Seamaster 300’ amongst other novelties. Keep an eye on Fratellowatches that morning, as we will be quickly posting photos of these watches.

Photos of the CK2913 are used from the Antiquorum website. The photoshopped Omega teaser photo was taken from Omegaforums.net, an Australian based Omega fan website.

Update: this video was just published by Omega, as an extra teaser.