Already last May, Omega announced its partnership to the 36th edition of the America’s Cup in 2021. It was celebrated with a beautiful Seamaster Planet Ocean watch. Today, another America’s Cup edition is being introduced: the Seamaster 300M Diver America’s Cup.

Omega has been involved in this prestigious race since 1995 and I wrote a lengthy article on last year’s edition here. Our contributor Paul Dezentjé wrote a very cool article on Omega and the America’s Cup in our Seamaster 300M Magazine. This magazine is available for (free) download here.

For today, I just want to focus on the Omega Seamaster Diver 300M Chronograph America’s Cup watch, as it deserves this. 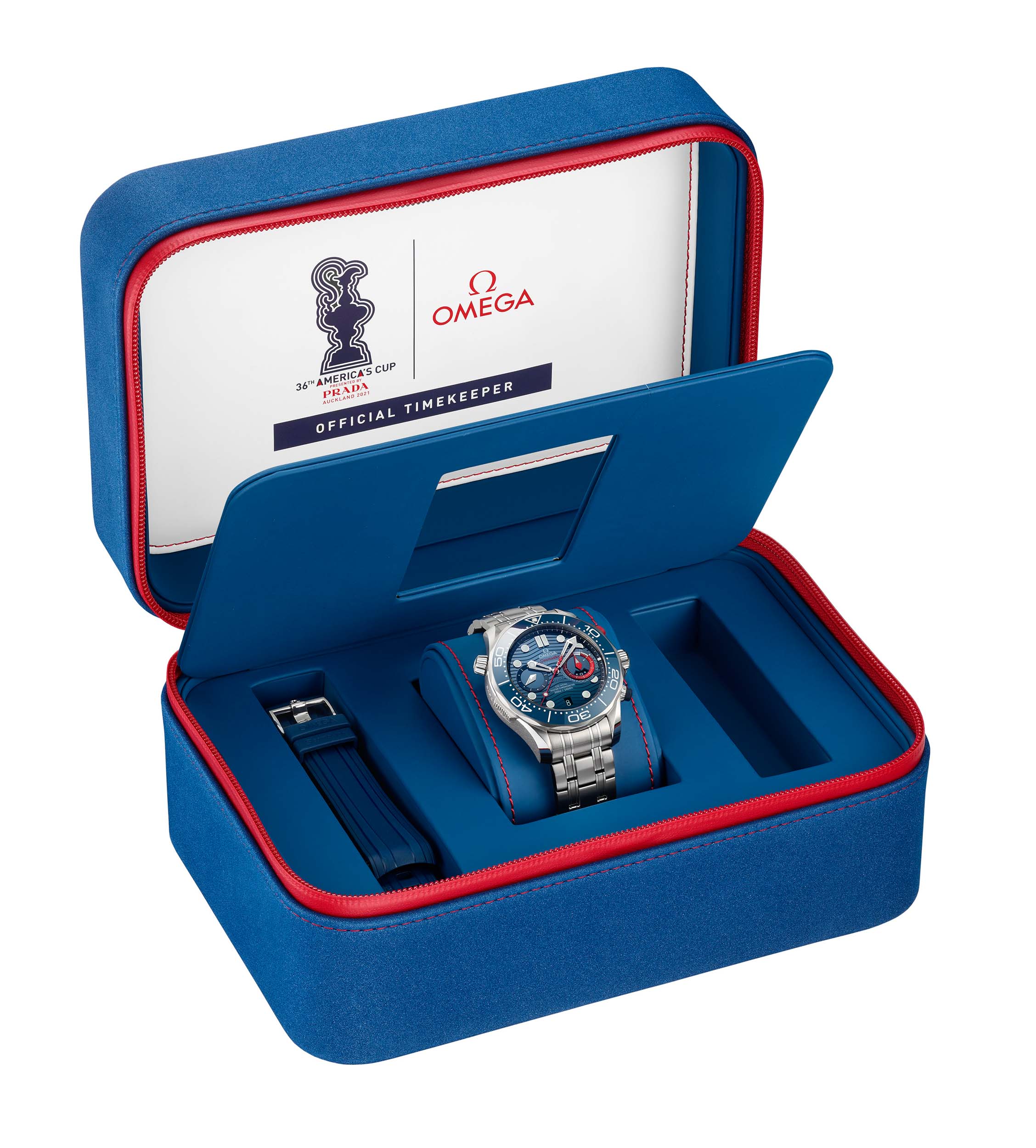 The Seamaster Diver 300M Chronograph has been used as a base for this edition of the 36th America’s Cup. A logical choice in every way, as it is one of Omega’s most popular and most recognizable divers watches. Originally introduced in 1994, the 300M Chronograph did see some changes — improvements — over the past 25 years. 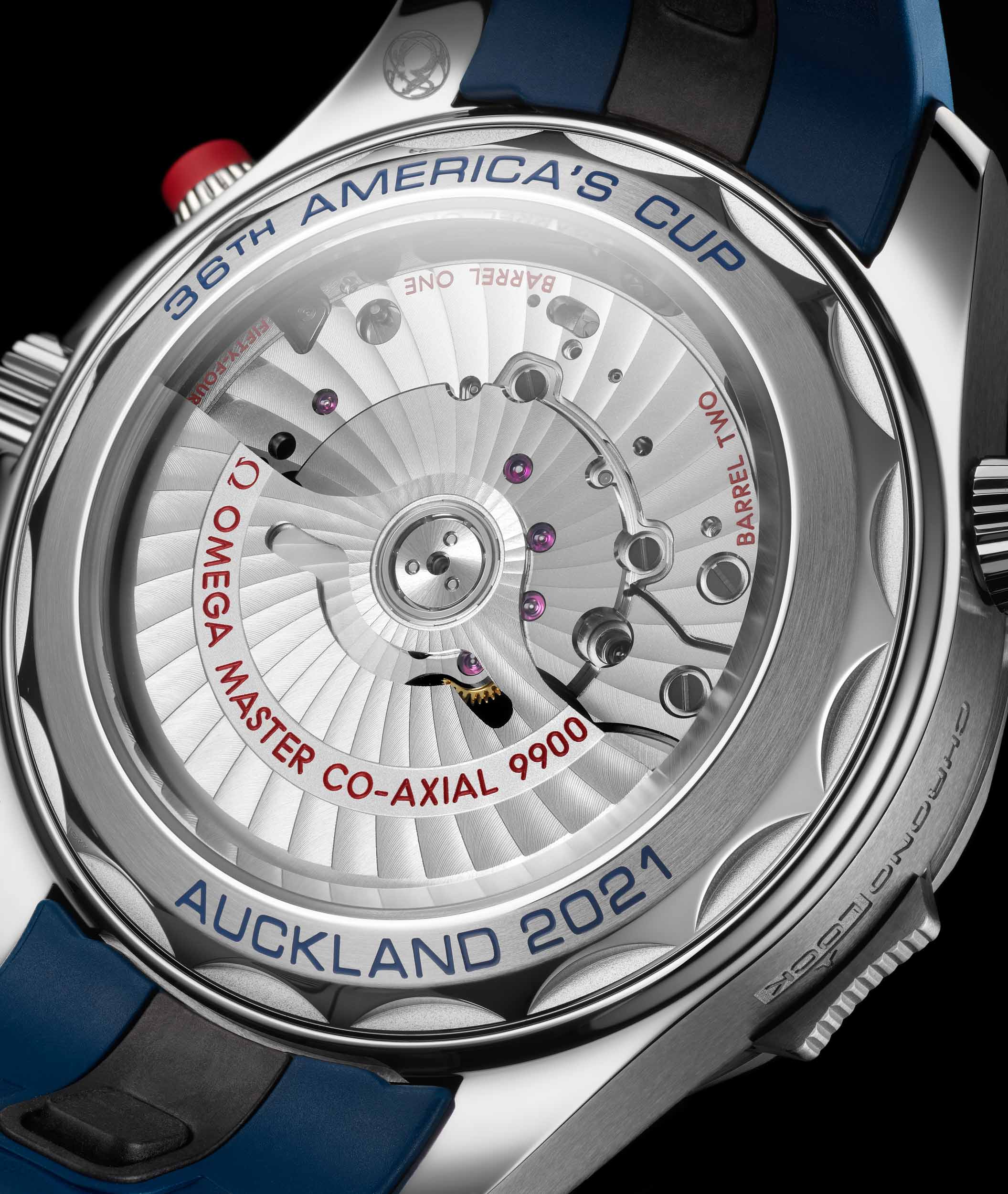 In 1994, the 300M chronograph used Omega’s caliber 1154, quickly succeeded by caliber 1164. Both based on the famous ETA/Valjoux 7750 movement. In recent years, Omega upgraded their 300M Chronograph to the in-house Co-Axial chronograph movements. The Seamaster 300M Chronograph America’s Cup is using the latest iteration, the caliber 9900. A Master Chronometer certified watch, ticking all the boxes of a modern mechanical movement. 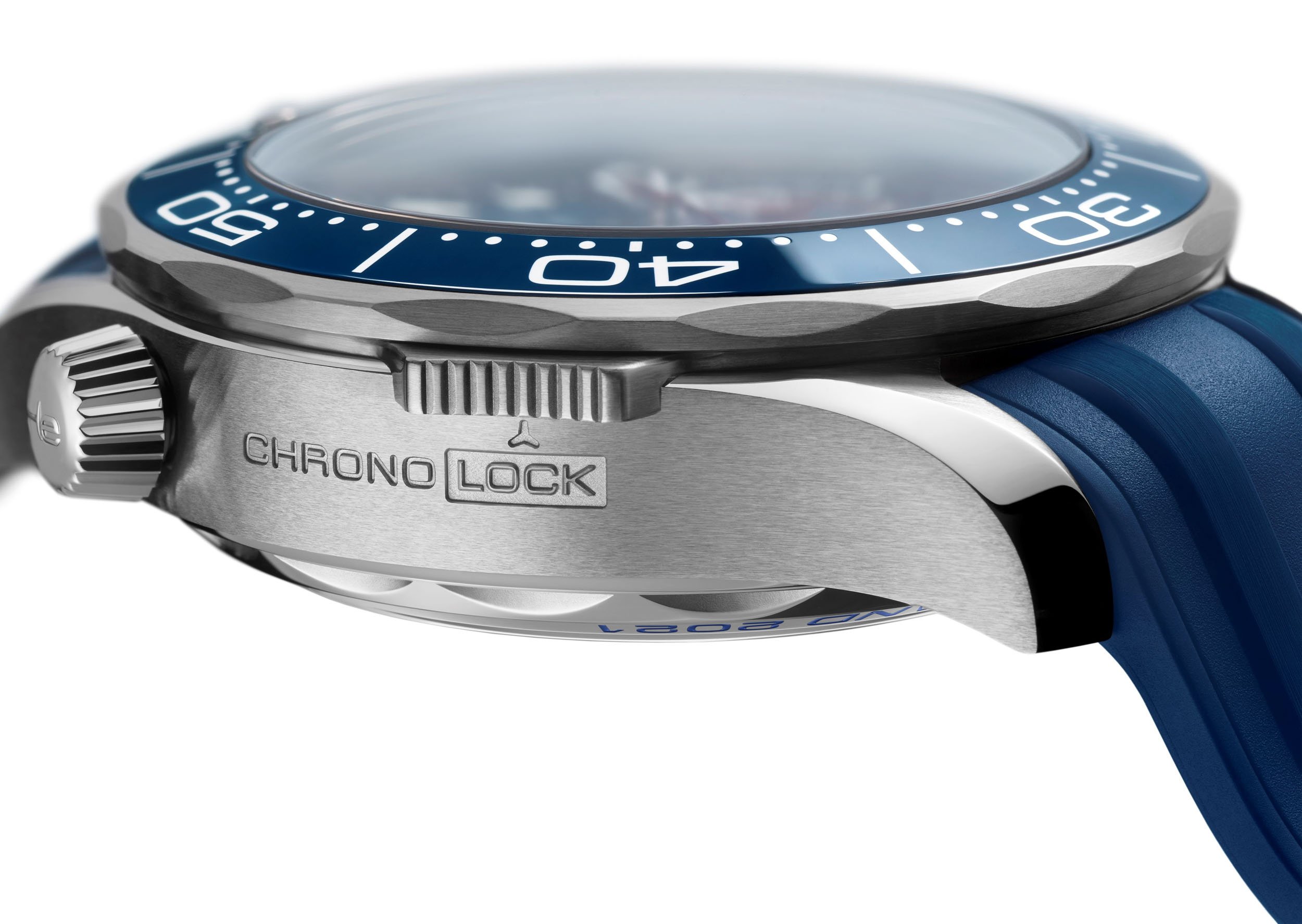 One of the new features that Omega implemented in this Seamaster Diver 300M Chronograph is a locking mechanism. With this slide button on the side of the case, you can lock the chronograph functions. As the chronograph is highly important during a sailing competition, for marking the time, you don’t want to push any button by accident. With this slider, you can quickly lock the pusher mechanism to avoid errors. 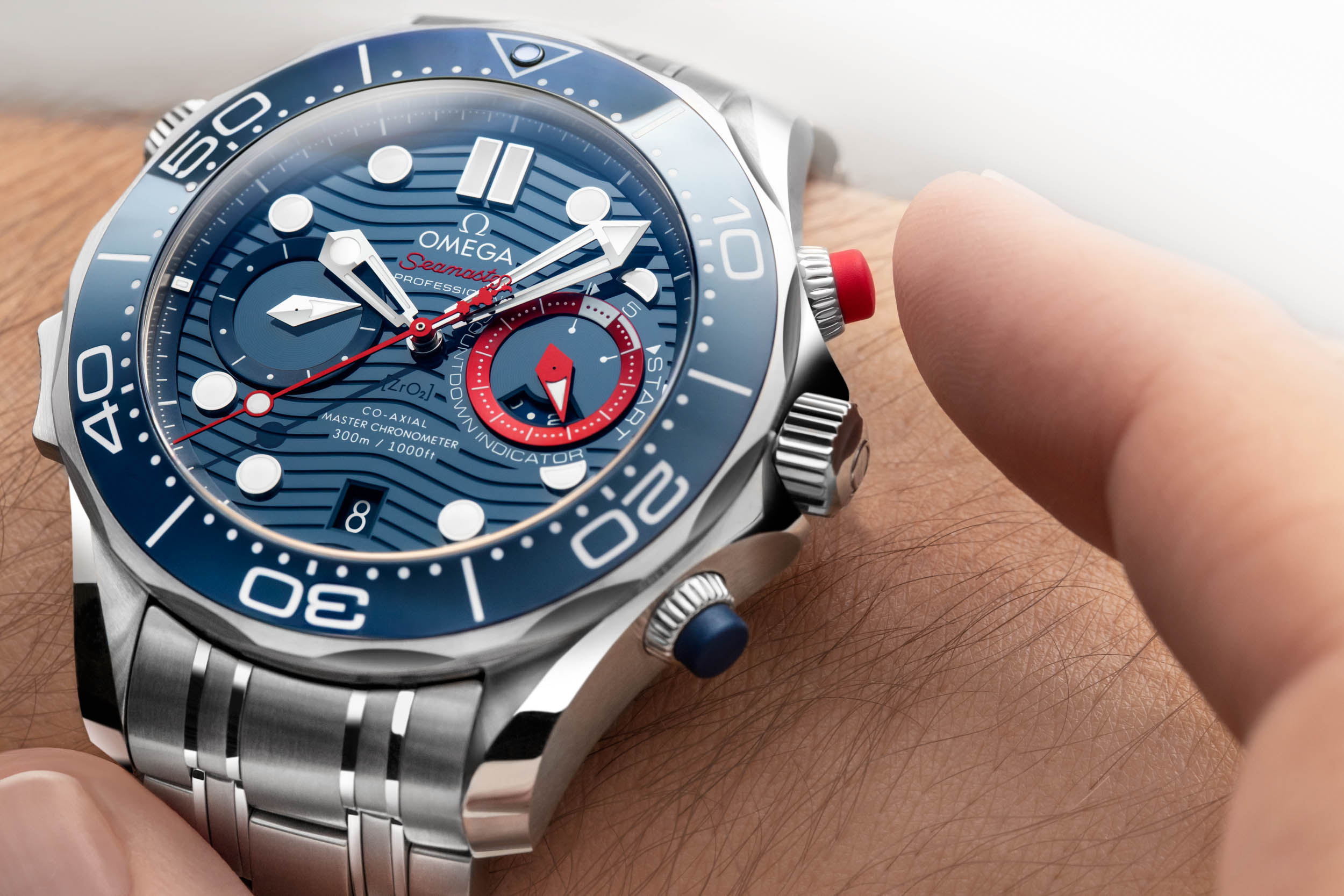 The red, white and blue are the colors of the America’s Cup, as I’ve explained to you here. These colors are also used for this Seamaster Diver 300M Chronograph America’s Cup. Even the pushers are in red and blue. Red, white, and blue are also used on the dial. A blue dial is somewhat classic for the Seamaster 300M, the same can be said for red details. But in this case, Omega also uses the red for the 3 o’clock subdial. 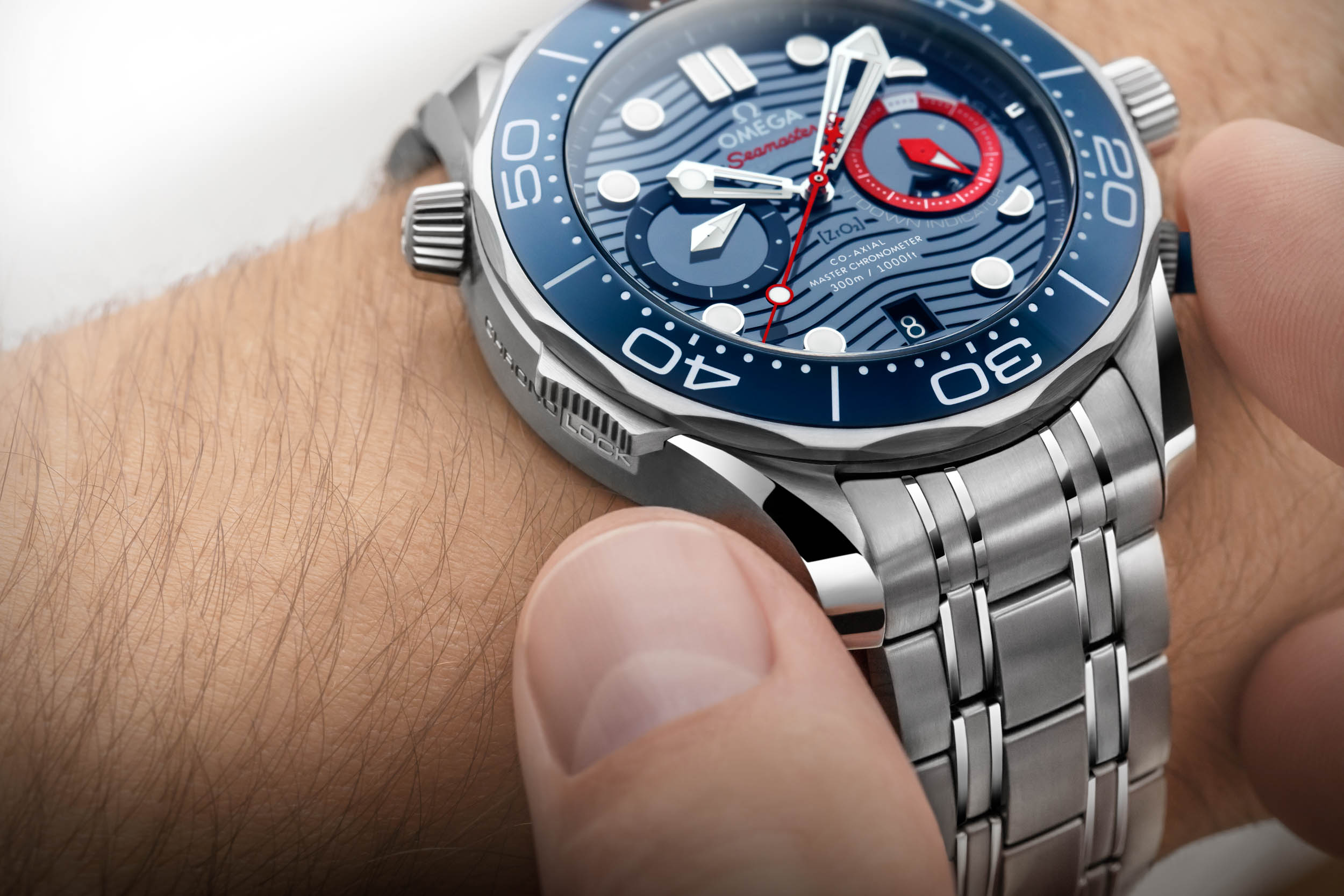 It is a red anodized aluminium ring actually, used to mark the regatta countdown. Underneath, there’s an hour disc (normally it’s a second small hand on there). The small red minute hand should remind you of the shape of a boat hull. Ditto for the small second’s hand on 9 o’clock. Talking about little details, you will also notice the America’s Cup on the chronograph second’s hand counter-weight. 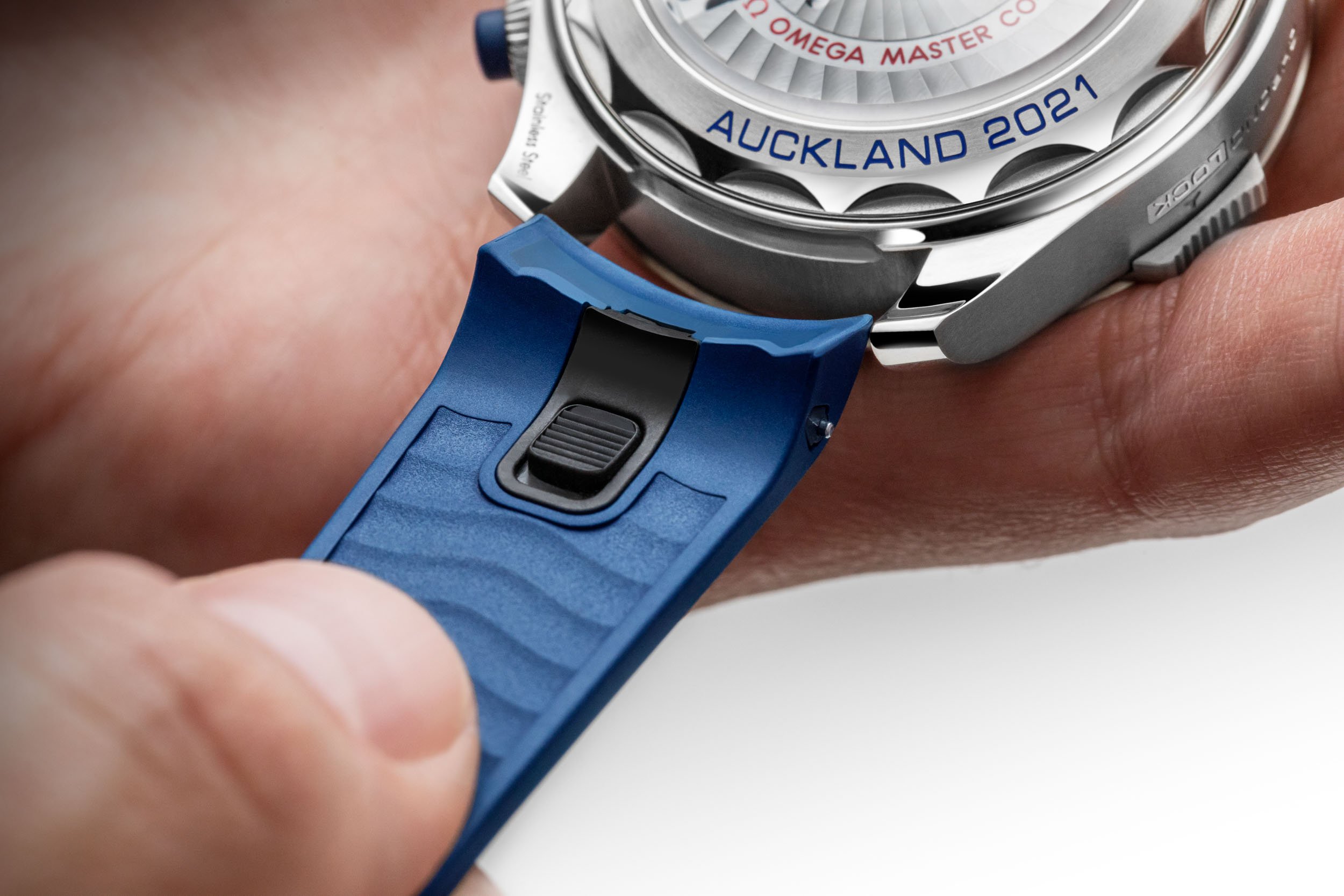 The Seamaster Diver 300M Chronograph America’s Cup reference 210.30.44.51.03.002 has a retail price of CHF9,500 Swiss Francs. It comes in a blue soft box, much like the Ploprof 1200M box, and with an extra rubber strap. The stainless steel bracelet and rubber strap can be easily swapped, using the quick release system. According to Omega, the new Seamaster Diver 300M Chronograph America’s Cup will be available in March 2021. You can find more specifications in the overview below.

Brand of the Month
2