Must Read: The Truth About The Omega Seamaster PloProf

The legendary Omega Seamaster PloProf has been deservedly praised by many collectors. However, a lot of the information that was published up till now has been wrong. A number of collectors have now set the record straight, with the help of Omega’s International Brand Heritage Manager Petros Protopapas and his team. Not only that, the authors have performed deep research by going through Omega’s archives themselves as well as collecting and analyzing material from other watch collectors. This doesn’t necessarily mean you can toss away the book on the Ploprof by Jon Wallis, but it surely is important to acknowledge that some of the information in there is outdated now. 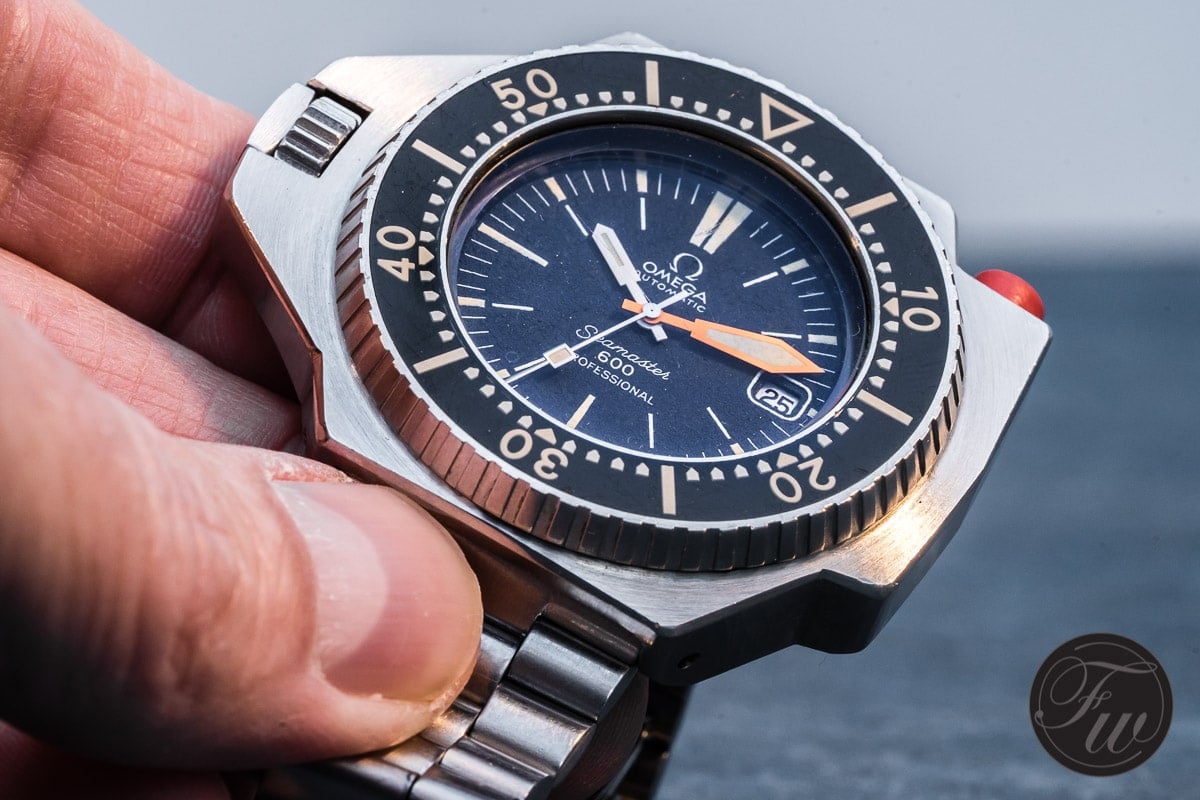 It already starts with the name of the watch. Like the Moonwatch, there is not really one ‘Moonwatch’ but a number of Speedmaster references are entitled to bear this designator. Ploprof stands for ‘Plongeur Professionnel’ (meaning ‘professional diver’) and relates to the type of watch more than the watch type itself. Meaning, the Seamaster 600 reference 166.077 is a Ploprof (read our article on it here), but so is the later Seamaster 1000 reference 166.093 for example.

But that is not the major discovery here, of course. The research performed was also not meant to proof all publications up till now wrong, but just to get the full story out on this watch, especially regarding the particular parts such as the dial, bezel and hands. Chronology was lost on these things which resulted in a bit of a mess regarding the correct configurations and what has been published on them. A cursory examination of Seamaster 600s that were photographed and went for service at Omega Bienne shows that over 60% have suffered a movement swap. Now, what needs to be done needs to be done in my opinion, but I feel it is also important to make such things clear when watches are offered on the market. Be it on marketplaces such as Chrono24, sales forums or auction places. 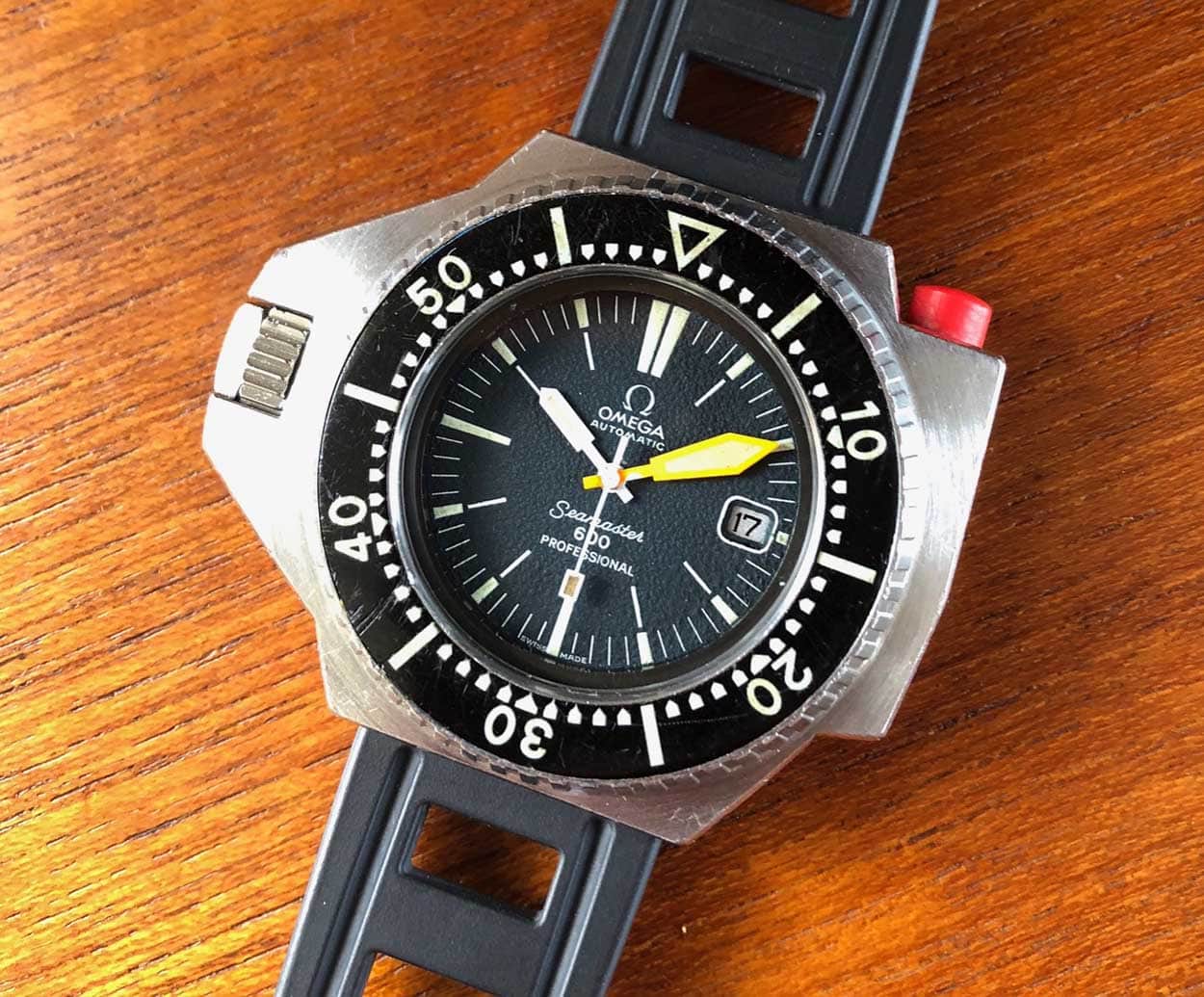 When the guys did their research in the archives in Bienne, where Omega has their HQ, they were able to get a hold of internal documents detailing the originally built specification and subsequent configurations of the Seamaster 600 Ploprof.

As you can see, there are a number of dial, hands and bezels used for the Seamaster PloProf 600. Besides an overview of all the original parts, you will also find a number of service parts that have been used. The authors of the website announced an upcoming book that will discuss every configuration in detail. 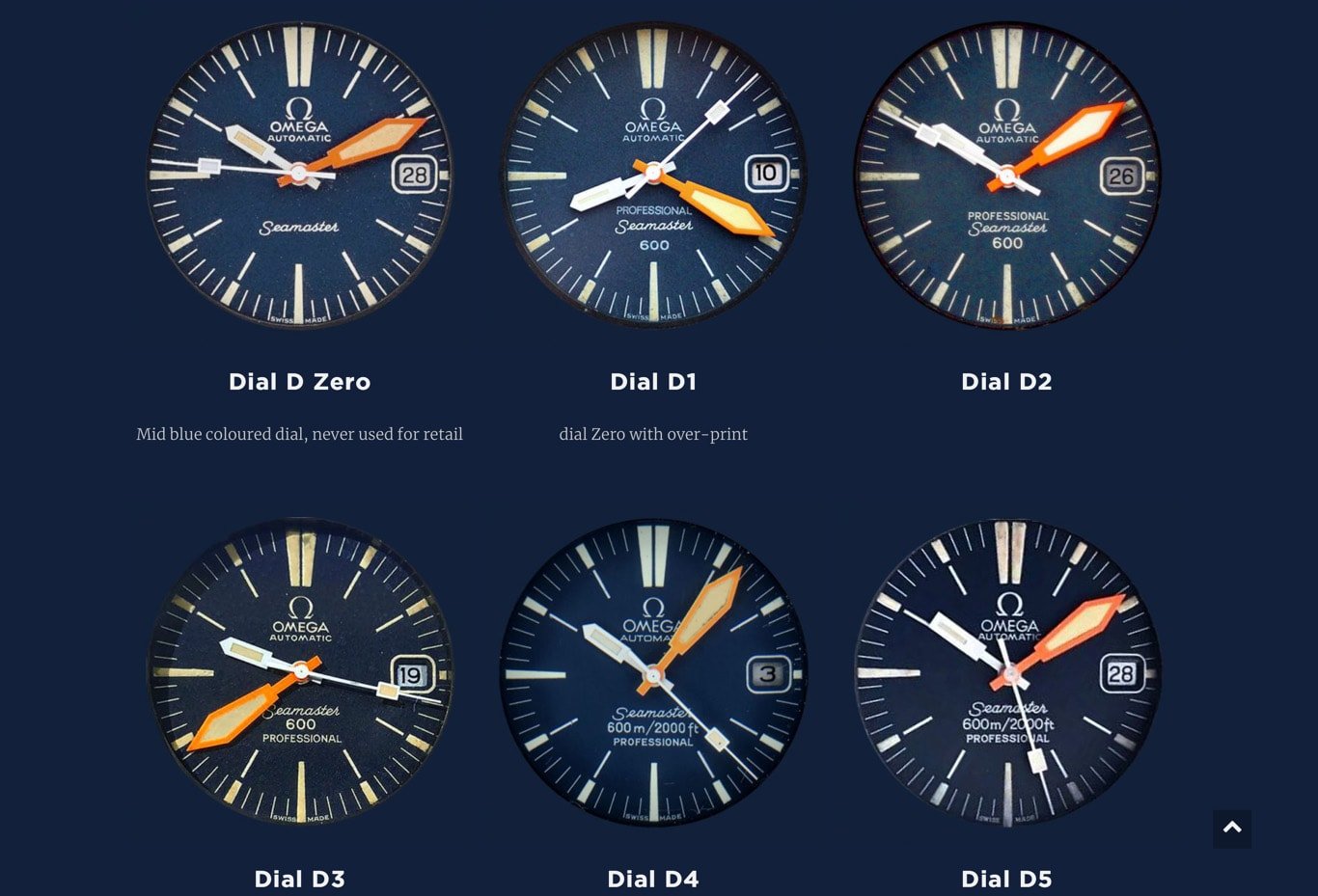 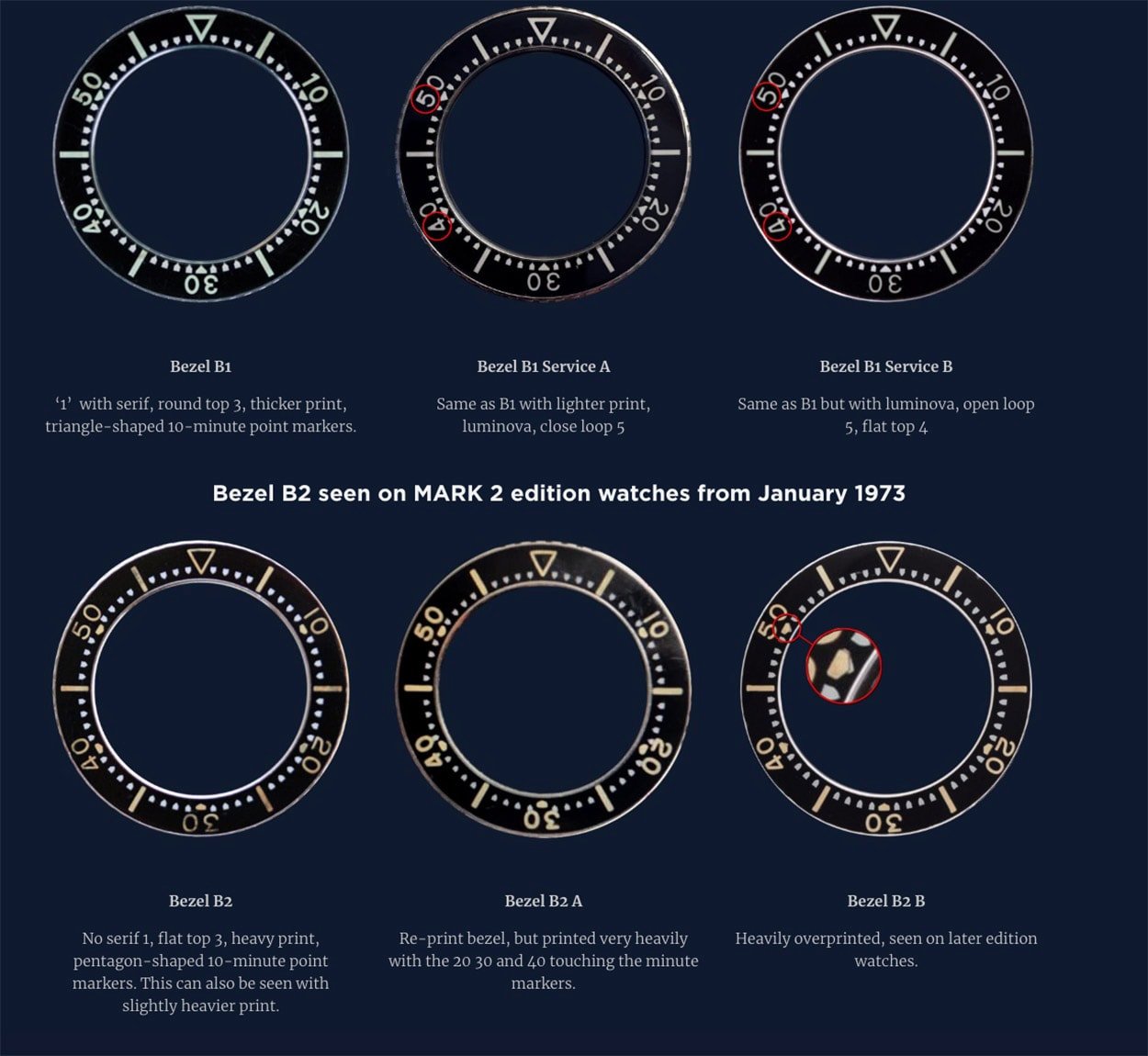 The first Seamaster Ploprof prototype saw the light in 1968, using the Omega Calibre 1000 movement at first for the prototypes. As written above, in April 1971 the Seamaster PloProf 600 Mark 1 (with calibre 1002), as it is now being referred to, was delivered to the market. Then, in 1973 there was the Mark 2 (new dial print) and in 1975 there was the Mark 3 with the meters & feet indicated on the dial. However, many Seamaster PloProf 600 watches received service parts during servicing, so it is very hard to find an all original piece these days. Hence, some collectors and the Omega Museum bundled their forces to come up with a very good guide on the Omega Seamaster PloProf 600 to indicate what is exactly time-correct and original (and what’s not). The main author of the article (@t_solo_t) can also be followed on Instagram, so you are up-to-date when there’s something new or special published.