I would like to abuse this week’s Speedy Tuesday to do an educated guess on the novelty that Omega is going to present to us during BaselWorld (19th of March till the 26th of March). Almost every year, Omega introduces a limited or special edition Speedmaster to commemorate historical achievements of NASA where a Speedmaster was involved.

So, going through the list of Apollo missions, it shows that Omega could commemorate only a few things in 2015. Either the 1970 Apollo XIII mission or the 1975 Apollo-Soyuz mission. I also had a look at Space Shuttle missions, as you know the Speedmaster got recertified for these missions as well (remember we’ve found one of 56 pieces here?), but it wasn’t until 1981 until the first Space Shuttle (STS-1) mission took place. 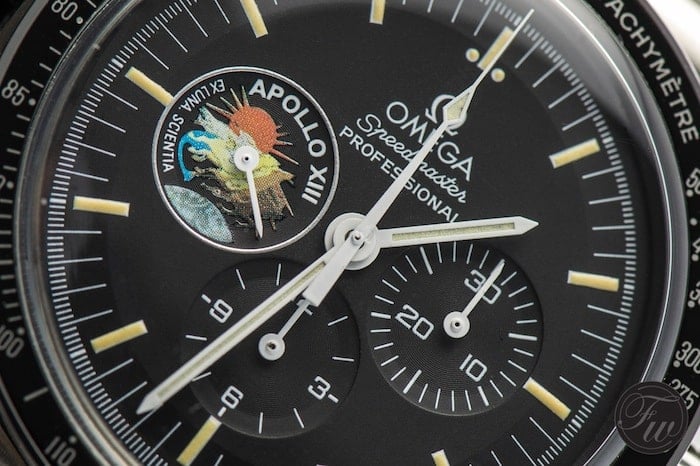 Now, officially, Omega did a limited edition to commemorate the Apollo XIII mission in 1995 and used the same watch for the famous white mission cases (50 pieces in total). The model from 1995 was limited (and numbered) to 999 pieces only. I say officially, as unofficially but very much Apollo XIII related is of course their Omega Speedmaster Professional ‘Snoopy Award’ from 2003. I am a bit in the dark why Omega chose to introduce this watch in 2003,  but I will make sure we ask Omega in Basel. 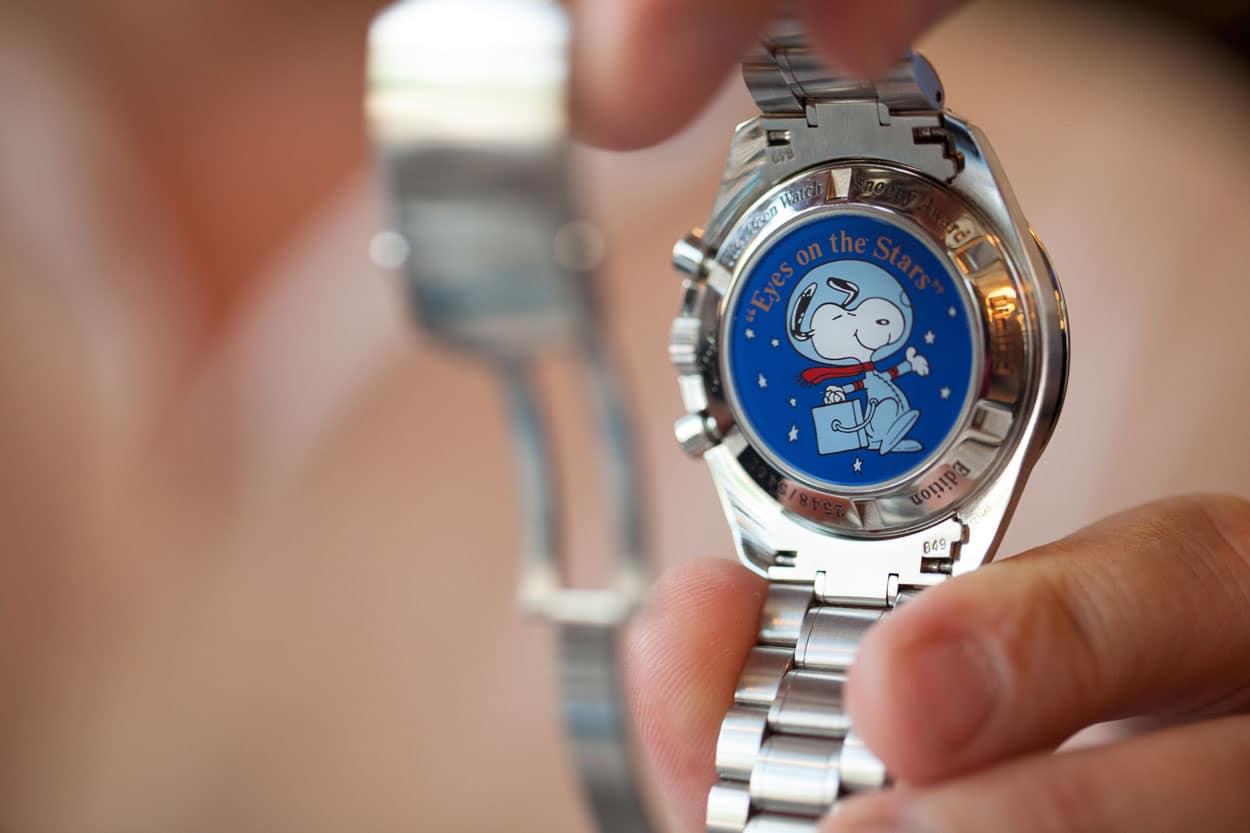 The Omega Speedmaster Professional ‘Snoopy’ is a much sought-after modern Speedmaster. I did a write-up on how Snoopy ended up on the dial of a Speedmaster in an article for WatchTime, which can be found here.

Until now, if we take the Apollo XI mission models, we only saw a mission patch on 3 o’clock with the Missions Suit Case version of 1998 (here is one that was sold separately though). We also have Apollo XI models with an inscription in the case band, only on the case back or using silver or even gold medallions on the sub dial. The 45th anniversary Apollo XI model didn’t have anything referring to the mission on the dial, it was just an entirely different execution of the Moonwatch with its titanium case and Sedna gold bezel.

So, in other words, chances are pretty small they will just use the official NASA Apollo XIII mission patch again. One of the possibilities is that Omega will use the Snoopy Award again as commemorative aspect. This would either ‘just’ make it an Omega Speedmaster Professional Apollo XIII 45th anniversary or an Omega Speedmaster Professional ‘Snoopy Award’ Mark II or modern, 2.0. I can’t imagine the latter, as it confuses people (now did I confuse you with Mark II there?).

My best guess would be that it will become the Omega Speedmaster Professional Apollo XIII 45th Anniversary edition. If Omega does decide to include Snoopy somewhere, I hope it will be done as tasteful as they did that with the 2003 Snoopy Award edition. This particular limited edition is a watch from my personal collection that I really cherish. 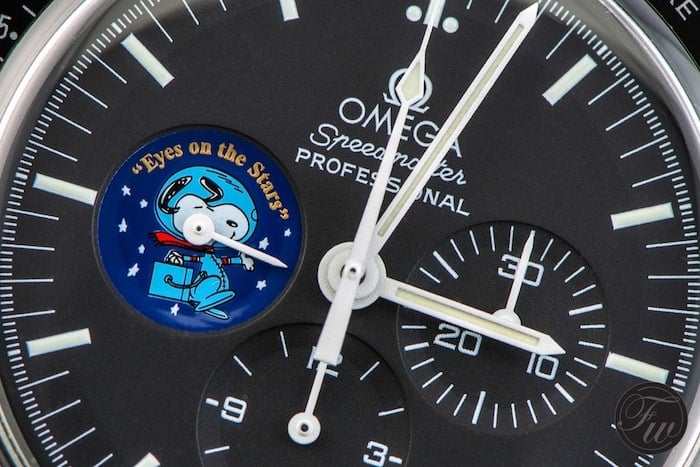 Also, given the fact that the number of limited edition Apollo models went down drastically in the last few years, I think you need to act quick and as soon as you like what you see, order it. The Apollo XI 45th edition was ‘just’ limited to 1969 pieces and they literally sky-rocketed in the boutiques. Now, since Omega knows about the demand for these limited editions, and especially the demand for the Snoopy (and the 1995 Apollo XIII model for that matter), they might do a bit more than 1970. But you’ll never know. I hope they do more. Or do 1970 and I am able to get one myself in time :).

I guess we will have to wait until the 19th of March, but I am convinced the parameter (1970, Apollo XIII) is clear.

Hot Topics
Introducing: The Omega Speedmaster Super Racing With Spirate System
162 comments
Design Vs. Specs — Which Is More Important To You When Buying A Watch?
86 comments
The Time To Buy Is Now: How The Current Economic Climate Influences Watch Buying And How You Should React
51 comments
My Predictions For New Omega Speedmasters In 2023
48 comments
A Regret-Free Guide To Buying Your First Luxury Watch — Part Three: Higher-End Options From Omega, Rolex, Grand Seiko, And More
48 comments
Popular
10 Tips For Better Watch Photography
Bert Buijsrogge
12
#TBT Seiko H558 Arnie – One Serious Diver
Michael Stockton
26
Hands-On With The Seiko SLA019J1 Marinemaster
Robert-Jan Broer
4