The Omega Speedmaster Reduced was once the watch for the fellow who wanted an automatic version of the Moonwatch, or simply wanted to have a smaller timepiece than a 42mm giant chronograph. This particular model was introduced in 1988 and came in several different versions. 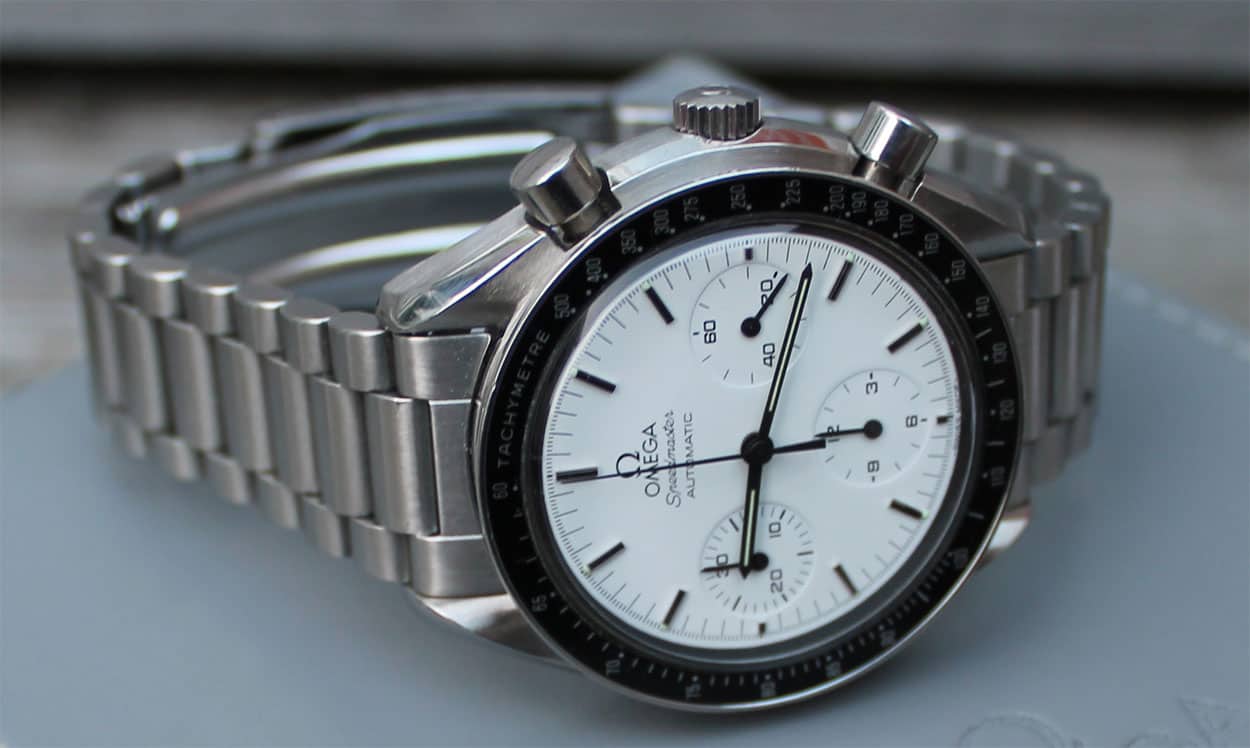 Our reader – who wants to remain anonymous – has a white dial Omega Speedmaster Reduced that was originally delivered to Spain in 1995. Two other all-white Omega Speedmaster Reduced models I’ve come across just recently were delivered to Italy. However, it doesn’t seem to have been a model that went to specific countries. The white dial version (first introduced as reference 375.0032, later on as PIC 3810.20) was – like the black 3810.50 – also introduced in 1988 as well.

Instead of the famous hand-wound movement, the Speedmaster Reduced had the Omega caliber 1140. This is basically an ETA 2890-2 movement with a add-on Dubois-Dépraz chronograph module. This is called a piggy-backing movement. A solid movement though.

Like all late 1980s and early 1990s models, this Omega Speedmaster Reduced 3810.20 came in a grey leather box with white pillow. There was also the white outer cart box (sometimes signed with ‘A sign of excellence’ on top of it) and a booklet with the reference number, serial number and name of the dealer. 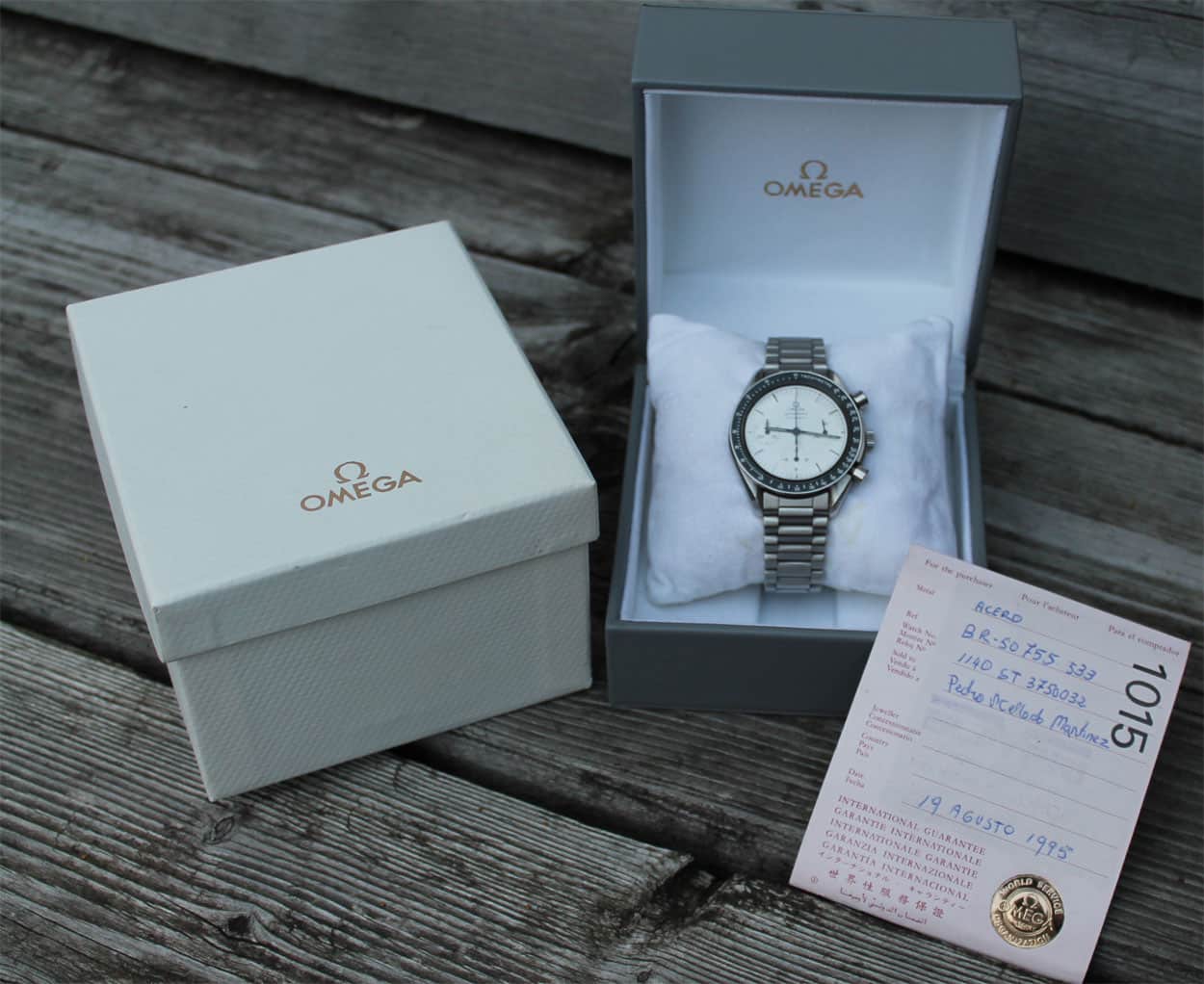 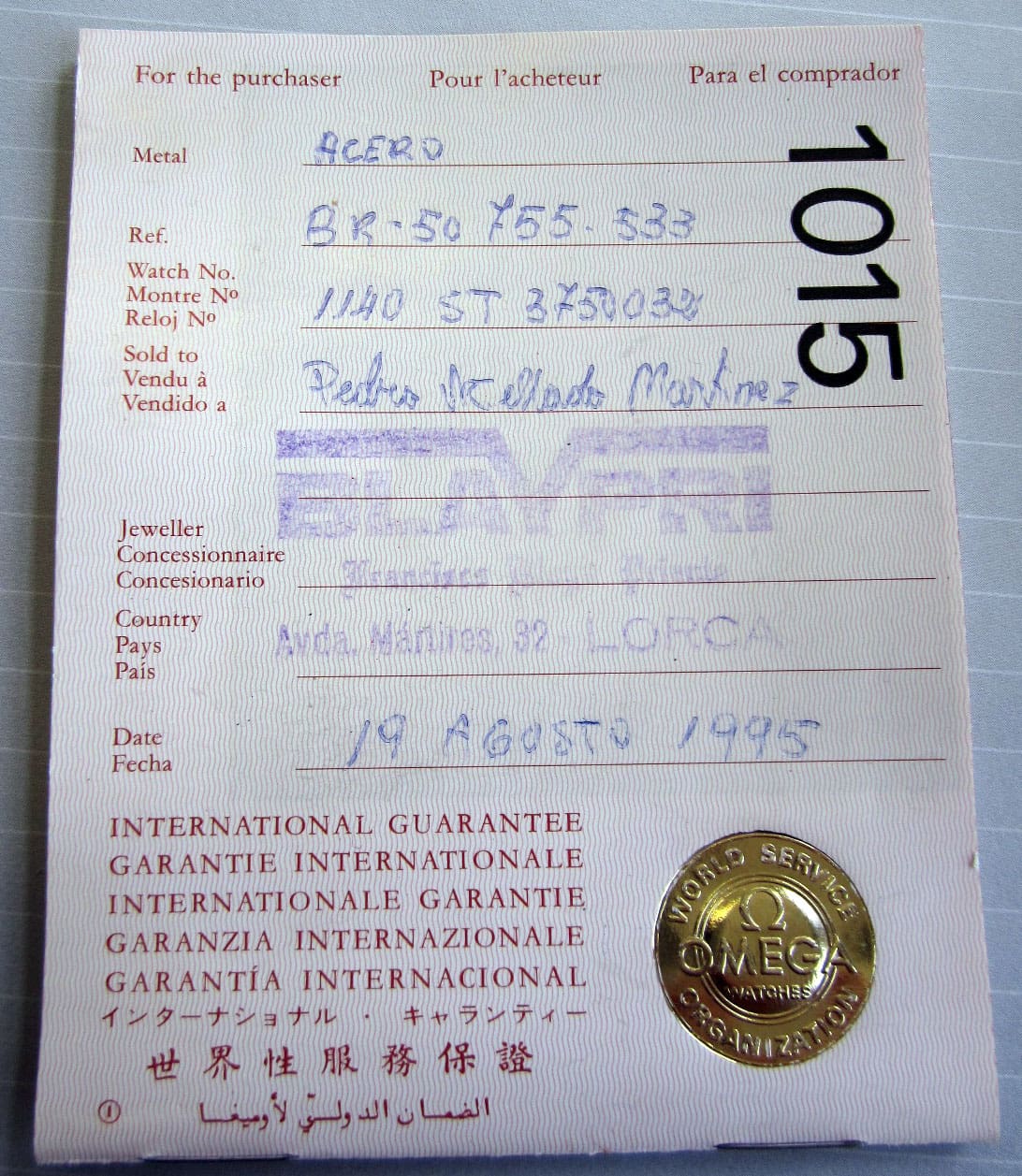 Since I try to keep track of all Omega catalogues and price lists, I had a look in the 1996 edition (there was no 1995 edition in The Netherlands) and the normal black Omega Speedmaster Reduced version had a list price of 2495 Dutch Guilders at that time. That would be €1.130,- Euro (~ $1,330.- USD) today, without inflation corrections etc. Currently there is only one white dial Omega Speedmaster Reduced up for sale on Chrono24, without the bracelet, for $1900 USD (here). The last known price is CHF 1700,- Swiss Francs in 2004.