My earliest encounter in the flesh with the Patek Philippe Nautilus was somewhere in the early 2000s. Probably 2002 or 2003. Of course, I knew about the watch and read about it, but it was a rare thing. The Nautilus 5711/1A hadn’t even been introduced yet.

In those years, every Thursday, I found myself in this bar-restaurant to meet up with Gerard and some of his friends. At the time Gerard was the owner of a watch shop in The Hague (he hates the word boutique, but these days it would have been called a boutique) and the other guys were all entrepreneurs in different fields. I was still a student, but besides my typical — then — student’s attire consisting of striped Ralph Lauren shirts, khaki pants, and a pair of brown brogues, there was little I did to be a student. Oh, and let’s not forget about the money mullet I had at the time. I once showed a picture to Mike Stockton and he’s still referring to my lavish student’s mullet with quite some jealousy. Anyway, the other guys of the Thursday evening gang were a bit older than me (I guess in their late 30s, early 40s). Those were great and memorable evenings. It felt a bit like an act in the Sopranos, to be honest. Only without the tracksuits… One of the guys, a successful entrepreneur in the coffee business, let’s call him Hank, was always wearing this Patek Philippe Nautilus watch. It was as reference 3800/1A, the smaller 37mm version with Roman numerals. At the time, it was just a nice watch. It was money, but not the €35,000 or more they fetch today. Not by a stretch.

In fact, I vividly remember that he told me he also has a steel Rolex (can’t remember which one), but that he always got comments when he visited his clients and business partners. With the Patek Philippe Nautilus, nobody — at the time — ever made a comment on it, and it was the perfect everyday watch. Man, I’ve even seen “Coffee Hank” slam it against the counter of the bar to prove to us how solid it was. And it was! The watch he really was after, he told me, was the Patek ref. 3940, a perpetual calendar. The Nautilus was just a proper everyday watch. 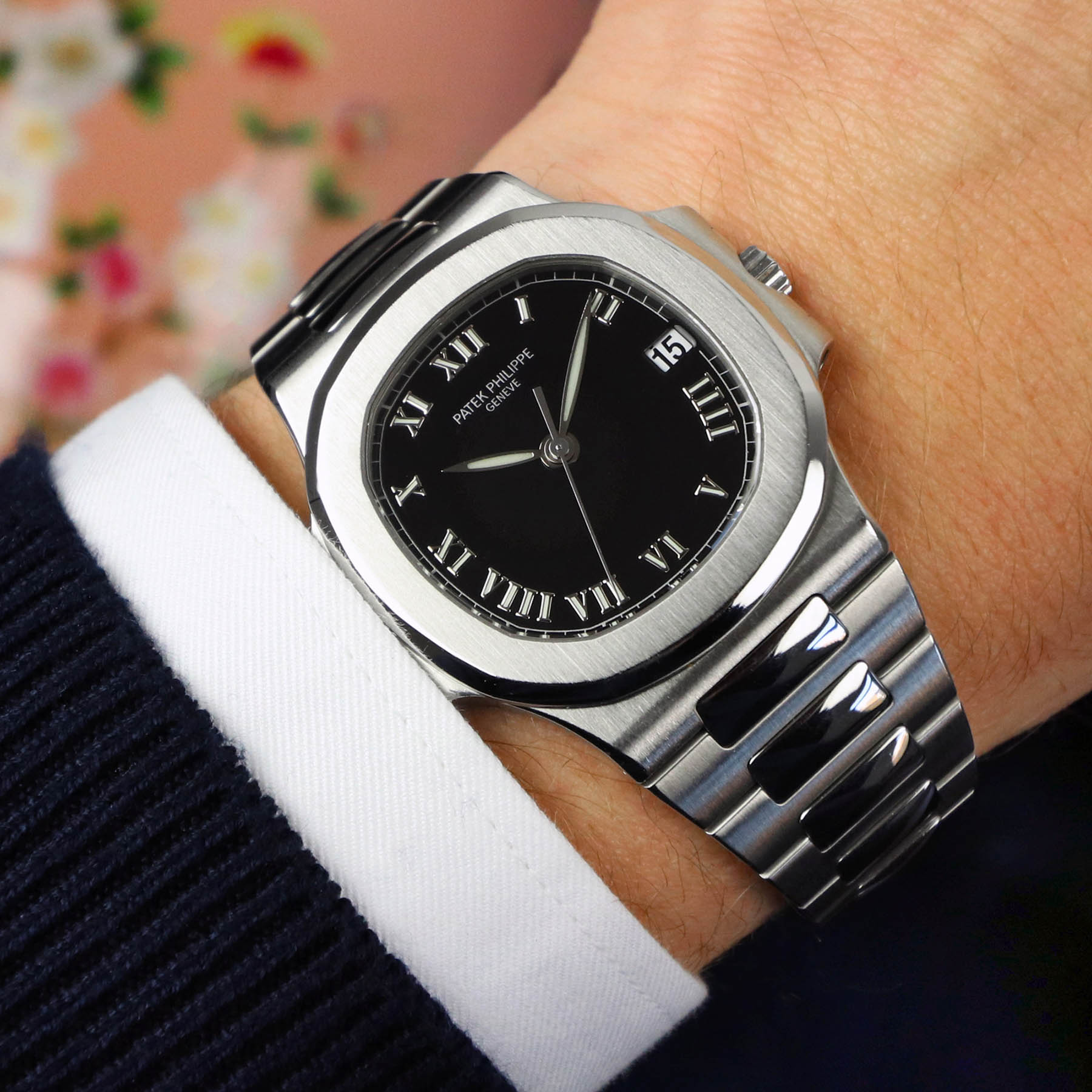 A few years later, in 2006, Patek Philippe introduced the 5711/1A. The proper successor of the 3700/1A, which was considered the “Jumbo” version with its 40mm diameter. Where the original Nautilus from 1976 had this monobloc case, the 5711/1A had a three-part case (mid-case, bezel, and case back). Besides that, the most noticeable difference was the addition of a central second hand. The Patek Philippe Nautilus 3700/1A only had two hands and a date. Almost unthinkable of today, but these watches were just sitting in the displays at the Patek retailer. There weren’t many of them, admitted, but that was more a matter of low production than of high demand. The retail price of the Patek Philippe Nautilus 5711/1A in 2006 was €14,600 and that was pretty much the price you had to pay. For years to come. 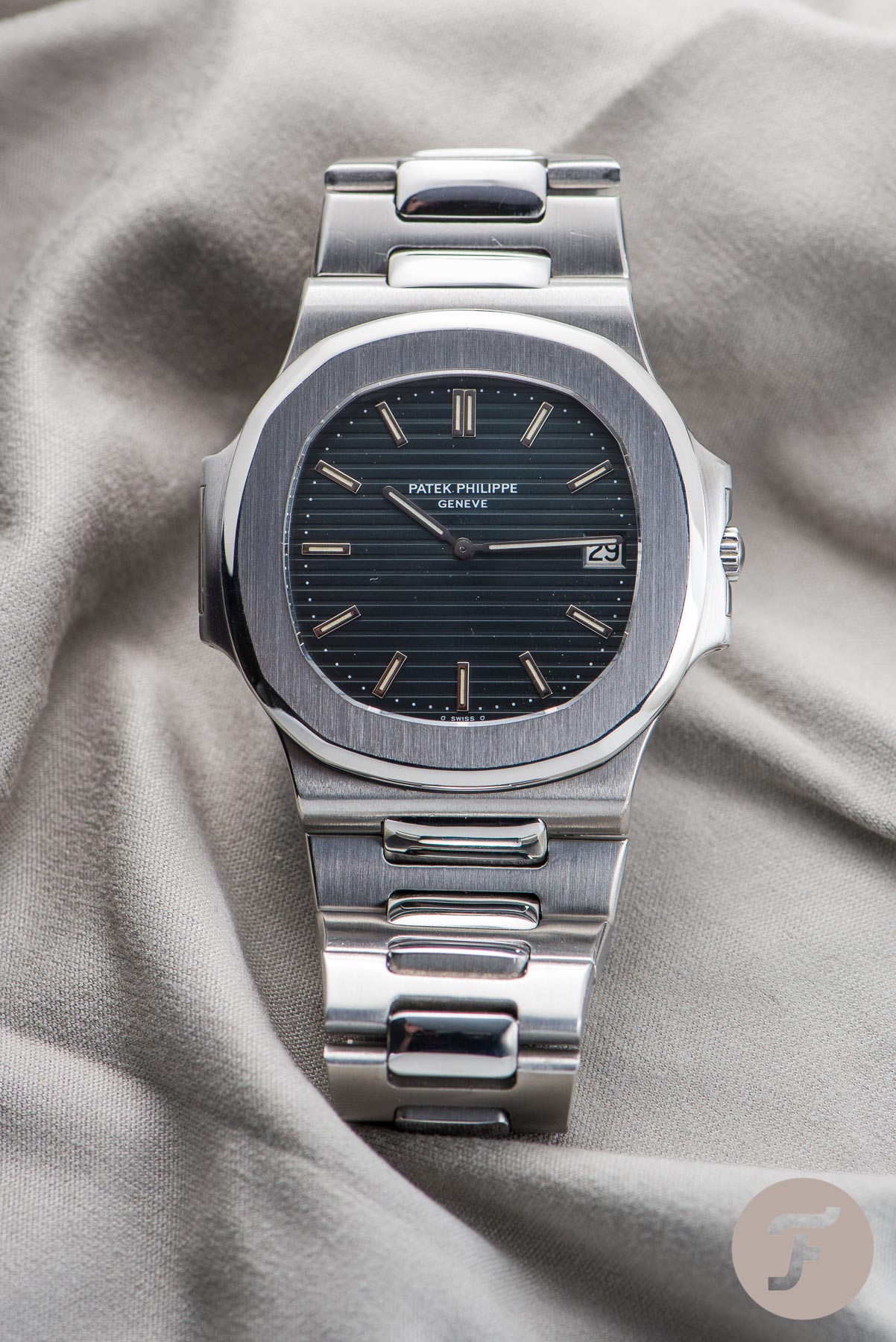 When the Nautilus was expensive but still obtainable

I always fancied a Nautilus, until I had the opportunity to try one for a few days. I was about the pull the trigger on a Royal Oak, and I wanted to make sure I was doing the right thing. So, I also gave the Nautilus a spin. Although the smooth surface of the Nautilus case and bracelet is very nice, I preferred the more raw-ish look and feel of the Royal Oak. But the most important aspect for me was the fact that the Royal Oak felt more in harmony with its bracelet. I decided I am more of a Royal Oak guy, so I went with the 15202 in the end. That was in 2008 or 2009.

I vividly remember also trying the Nautilus 5712/1A when I was on a city trip to New York. The 5712/1A is the version with a moon, date, and power reserve complication. These watches were just sitting on the display. 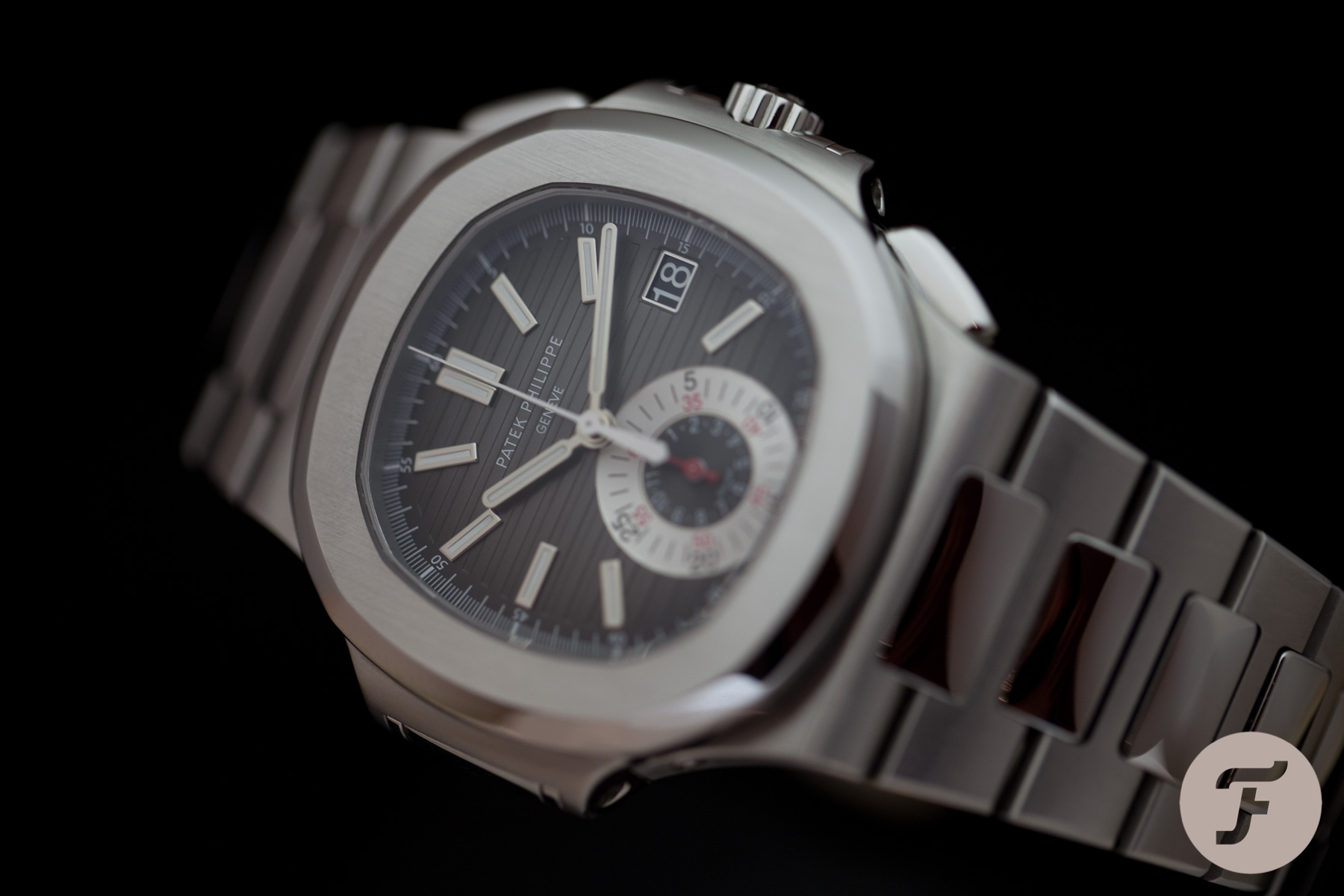 With the introduction of the new Nautilus models, the 5711/1A, 5712/1A, and the chronograph with reference 5980/1A, the collection received a bit more traction and exposure for sure. And make no mistake, at the time, these watches were considered to be expensive at list price.

The price development of the Nautilus 5711/1A

The effect of the hype

What would happen if “Coffee Hank” would slam his Nautilus on the counter of a bar today? It would have resulted in a few hundred on Instagram and probably 200K views in a TikTok video. It’s good — for many reasons — these social media channels weren’t there 20 years ago. If there wouldn’t be social media at all, including the mom & dad Facebook platform, “Coffee Hank” could probably still slam his watch on the counter and nobody cared, and perhaps neither would he. In fact, I wonder if he can still just wear (and not slam) his watch completely unnoticed these days. Perhaps he is better off now wearing his steel Rolex again. 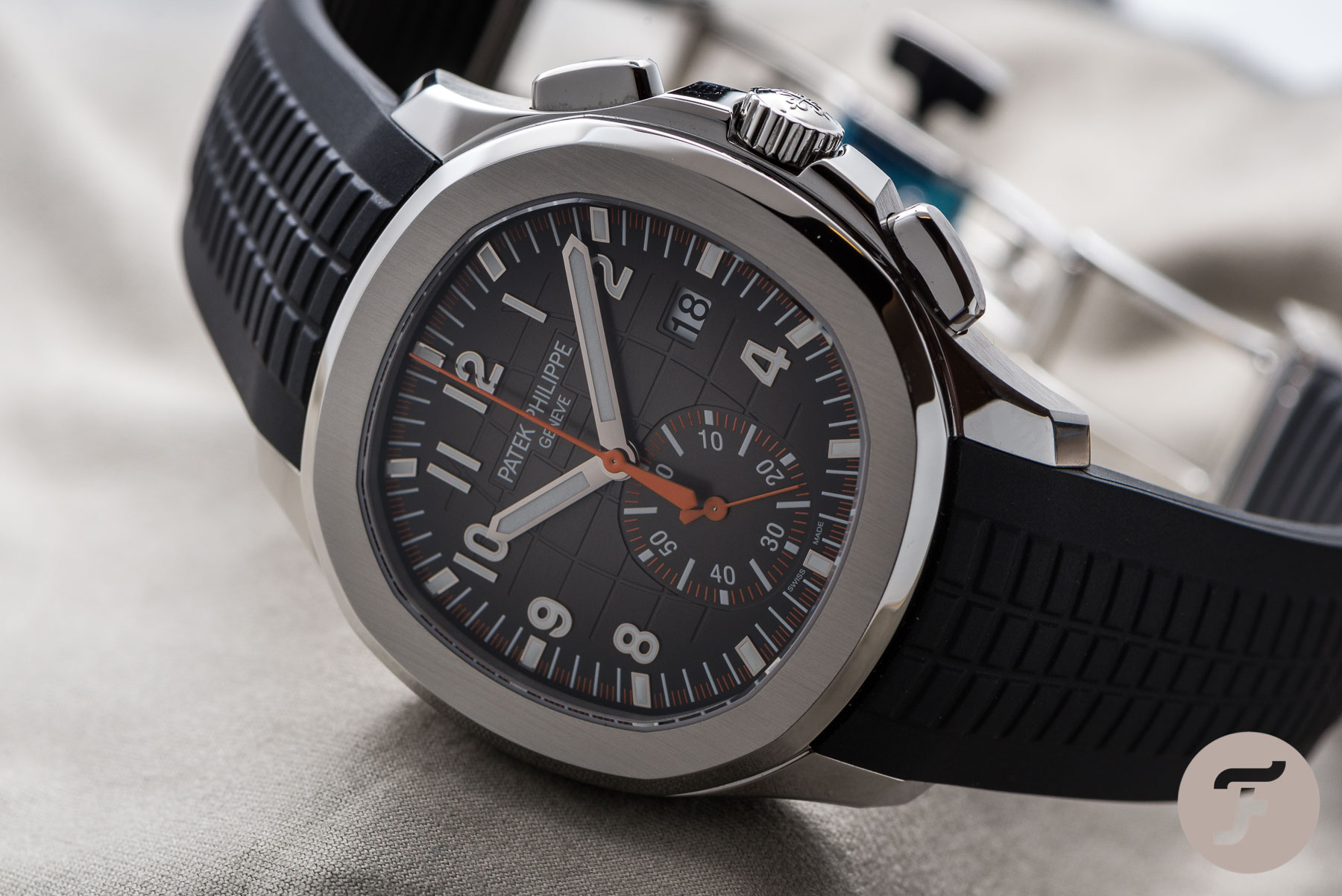 It probably is thanks to the exposure it receives on social media, reaching a large audience. Not only the watch enthusiasts, but also those who are only into buying expensive things for being expensive, or see it as an investment, have been completely aware of the Nautilus (but it also applies to the Aquanaut, or the AP Royal Oak) for a few years now. For the enthusiast, it hurts quite a bit, as there’s probably more genuine appreciation for the watch buy them than it gets from most of today’s buyers who buy it to show off. 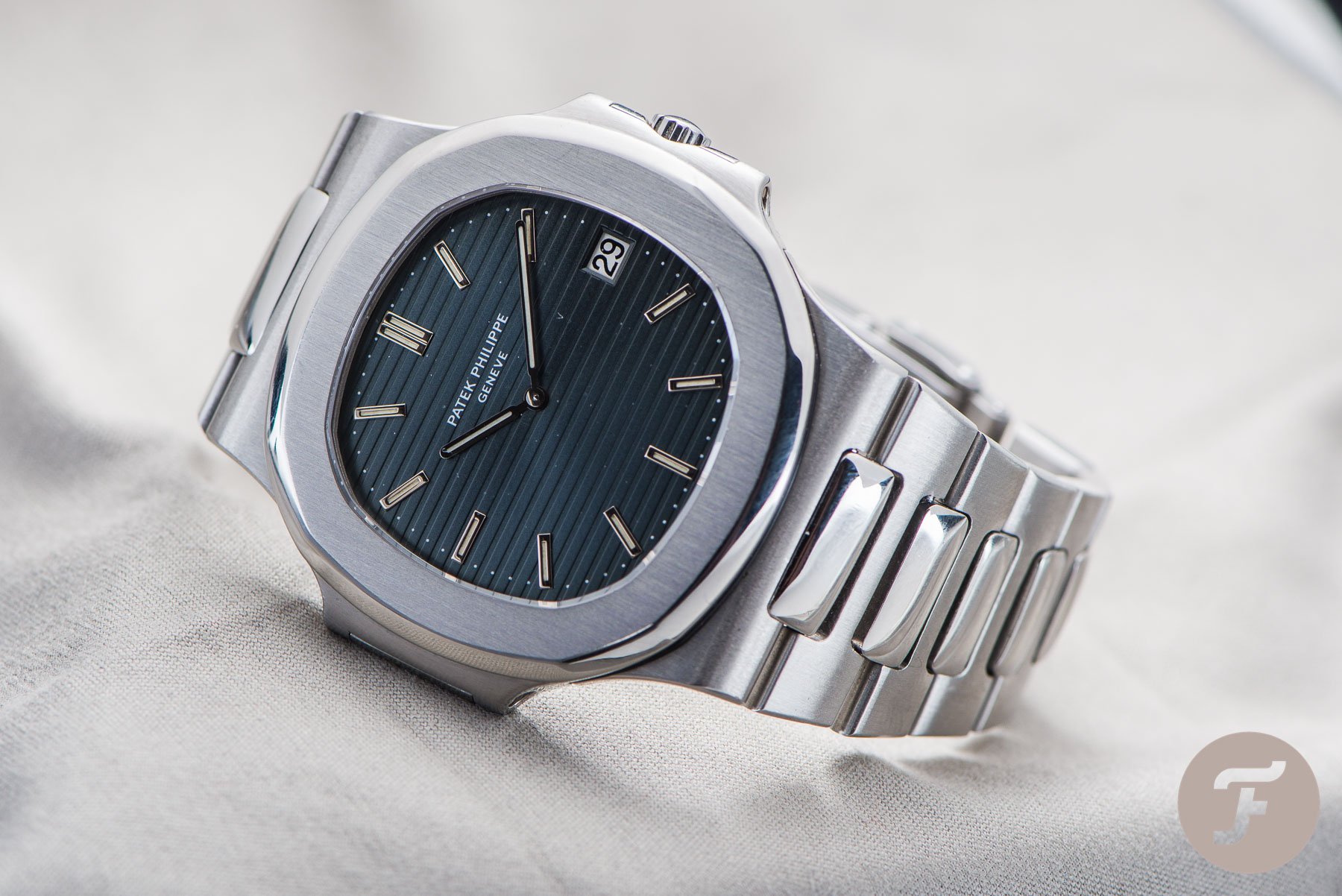 Unfortunately, for most of you whoever had the dream to purchase a Patek Philippe Nautilus, it is probably now further away than ever. Even the cheaper alternative, the Aquanaut — which didn’t get any traction at all at the start in 1997 is just unobtanium today. There are many alternatives to a Nautilus, Aquanaut or Royal Oak on the market for a luxury sports watch in steel with integrated bracelet, from serious brands like Girard-Perregaux and IWC (Ingenieur) to small microbrands that try to mimic the look & feel of the Genta design. But the Patek Philippe Nautilus? That’s over. This year will be the last year ever for Patek Philippe to have a Nautilus 5711 in its collection. And you will not be able to buy one anyway. 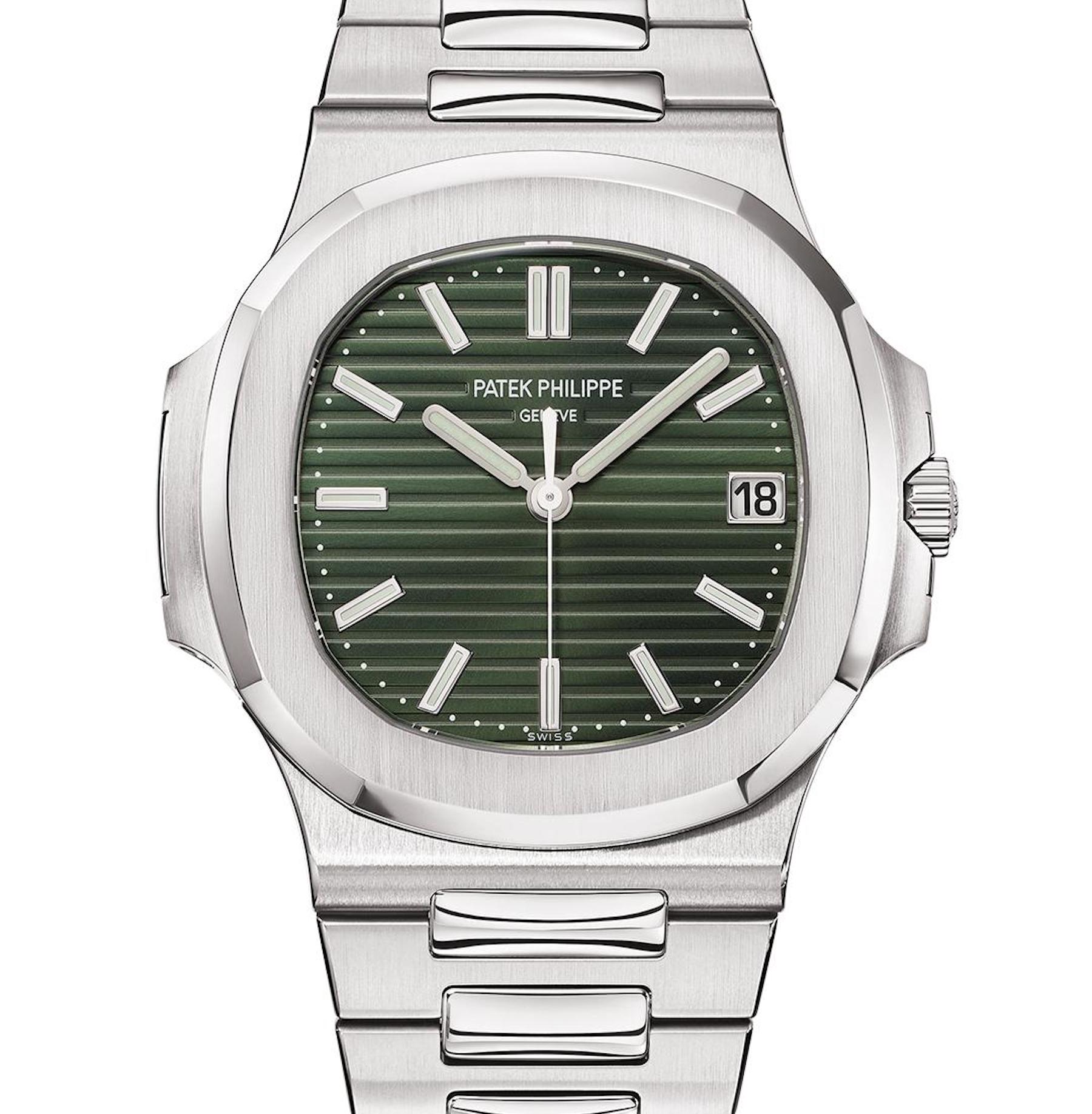 A big decision has been taken

Perhaps it is a good thing to end the production of the Nautilus. The Nautilus was, for a long time, the “enfant terrible” for the Patek connoisseurs that were more interested in classic styled Calatravas or Grand Complications even, it didn’t fit the brand, they said. The Stern family must have smirked when the only watch Audemars Piguet was known for was the Royal Oak. I don’t know if there’s a similar expression in French for “one-trick pony”, but I can imagine it has been directed at the brand from Le Brassus several times. But for a decade or so, it is Patek Philippe who was facing the same “problem”. Nautilus was Patek Philippe and Patek Philippe was Nautilus. And Patek is so much more than that, as we all know. And the prices for the Nautilus watches that have been produced till now, will probably go up even more, as there won’t be any new ones. But c’est la vie. Unfortunately, and this might be a very unpopular opinion, to me the Nautilus is the embodiment of many things wrong with today’s watch collecting scene. And that has little to do with the watch itself, but all about the hype around this watch. I have to admit, deciding to stop the production of this icon takes guts.

Let’s move on and those who have a Nautilus, please cherish it. It is a beautiful timepiece.

Hot Topics
Introducing: The Omega Speedmaster Super Racing With Spirate System
165 comments
Design Vs. Specs — Which Is More Important To You When Buying A Watch?
87 comments
New Release: The Limited-Edition Seiko Prospex SLA067J1 Diver
62 comments
My Predictions For New Omega Speedmasters In 2023
57 comments
The Time To Buy Is Now: How The Current Economic Climate Influences Watch Buying And How You Should React
51 comments
Popular
The Ultimate Sports Rolex – The Explorer II Reference 1655
Robert-Jan Broer
17
Grand Seiko SBGA211 ‘Snowflake’ And Why I Didn’t Buy It
Robert-Jan Broer
23
You Asked Us: Rolex Submariner vs Omega Seamaster
Robert-Jan Broer
25