Back for their fourth Geneva watch auction, Aurel Bacs & Livia Russo in association with Phillips auction house continue to set the bar high. Whenever their watch auctions take place, the entire watch community is buzzing and especially paying very close attention to results. Their Geneva auction is set to be a ‘record setting’ auction again and we are looking forward to being there.  They also have a thematic Rolex sale upcoming in Hong Kong with 38 stunning examples of each ‘milestone’ reference in the history of the brand. We will sadly not be able to attend, but with the passion that HK collectors have for vintage Rolex, we can imagine it will be an adrenaline filled auction.

As I mentioned previously in my last article, this team works fast. They closed their catalog very early, had it online before its competitors and the collection went on world tour to make sure that potential buyers had a chance to view the highlights of the auction. They make buying easy, they have a great mobile app and they maximize the chances of results reaching their full potential. They clearly play on a high level and that allows collectors to confidently give them their finest pieces to sell and also confidently bid. Prices tend to get out of hand, but where else will you find so many stunning, rare and somewhat unique wristwatches in one weekend. We have attended each auction in Geneva and each one felt like history in the making.

The auction, which takes place on the evenings of Saturday and Sunday November 12-13th in Geneva is comprised of 196 watches, but will likely be 193-194 by the time the auction starts as some lots have been pulled.

Overall, a very interesting and eclectic selection that we enjoying looking through. Robert-Jan will be covering the Omega Speedmaster Alaska II in a separate in-depth article. In the meanwhile, here are our favorites: 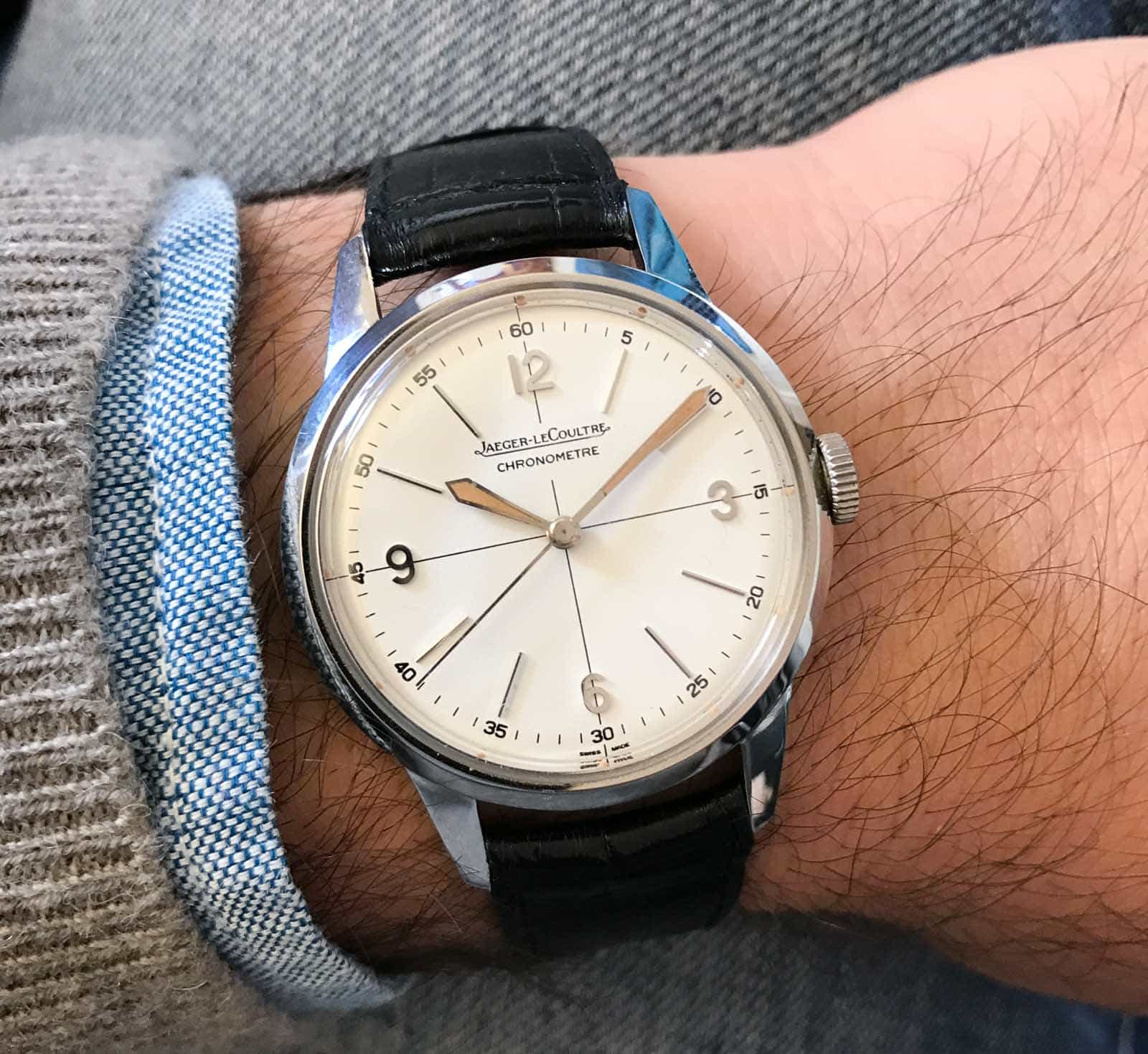 This anti-magnetic wristwatch, in the same category as the IWC Ingenieur (1954), Rolex Milgauss (1956) and Omega Railmaster (1957), has an interesting history in its own right. In 1958, International Geophysical Year that the study of seabeds served to confirm the theory of plate tectonics, the study of the poles became highly pertinent. On August 1st 1958, the first ever atomic submersible vessel, named USS Nautilus, ventured to cross seas by passing under the ice of the north pole. Being in such a strong magnetic field, the use of the Geophysic was tested for what it was intended for. The successful trip was therefore a shared achievement for science and Jaeger-LeCloultre. This original example is stunning, retains its original radium lume on the hands and on the inner ring dots around the dial. Overall one of the nicest examples of this rare watch that we have seen. 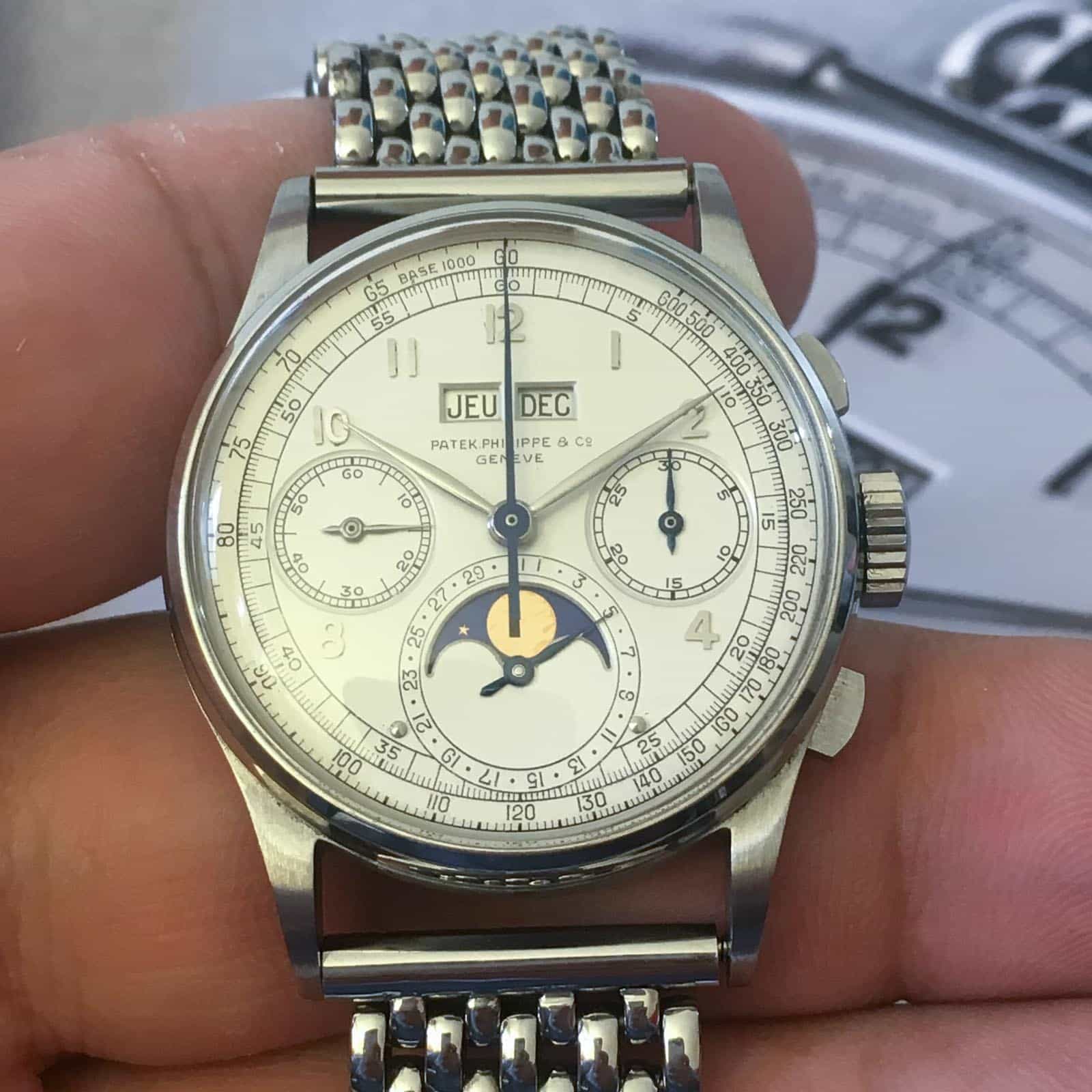 There has been a ton of attention around this watch appearing for auction at Phillips since its announcement this summer. It has been ten years since the last 1518 in stainless steel appeared at auction. Of the 281 made pieces manufactured over the 14 year run, only 4 pieces are known to have been made in Stainless Steel. The present example being the only one to never have appeared at auction until now. All four examples can be seen illustrated in John Goldberger’s Patek Philippe Steel Watches. The first three steel 1518 are part of the first series, while the fourth was made later on as part of a later series.

Interestingly, the first three pieces had their case serial numbers on the inner case back with a number 1, 2 or 3 underneath. The present example is number 1 and was actually delivered on the same day as the number 2 (February 22, 1944) and both to Mr. Lang in Budapest, Hungary. Set in the middle of a World War II, with Europe torn apart and a month before the German occupation of Hungary, buying a pair of watches like these in that context is mind-boggling to us.

Many of us in the watch community will be following on November 12th at approximately 8pm Geneva time will be the result of this watch which is will possibly set a world record price for a wristwatch sold at auction. We estimate a result in the range between 5 to 10 million Swiss francs or US dollars. 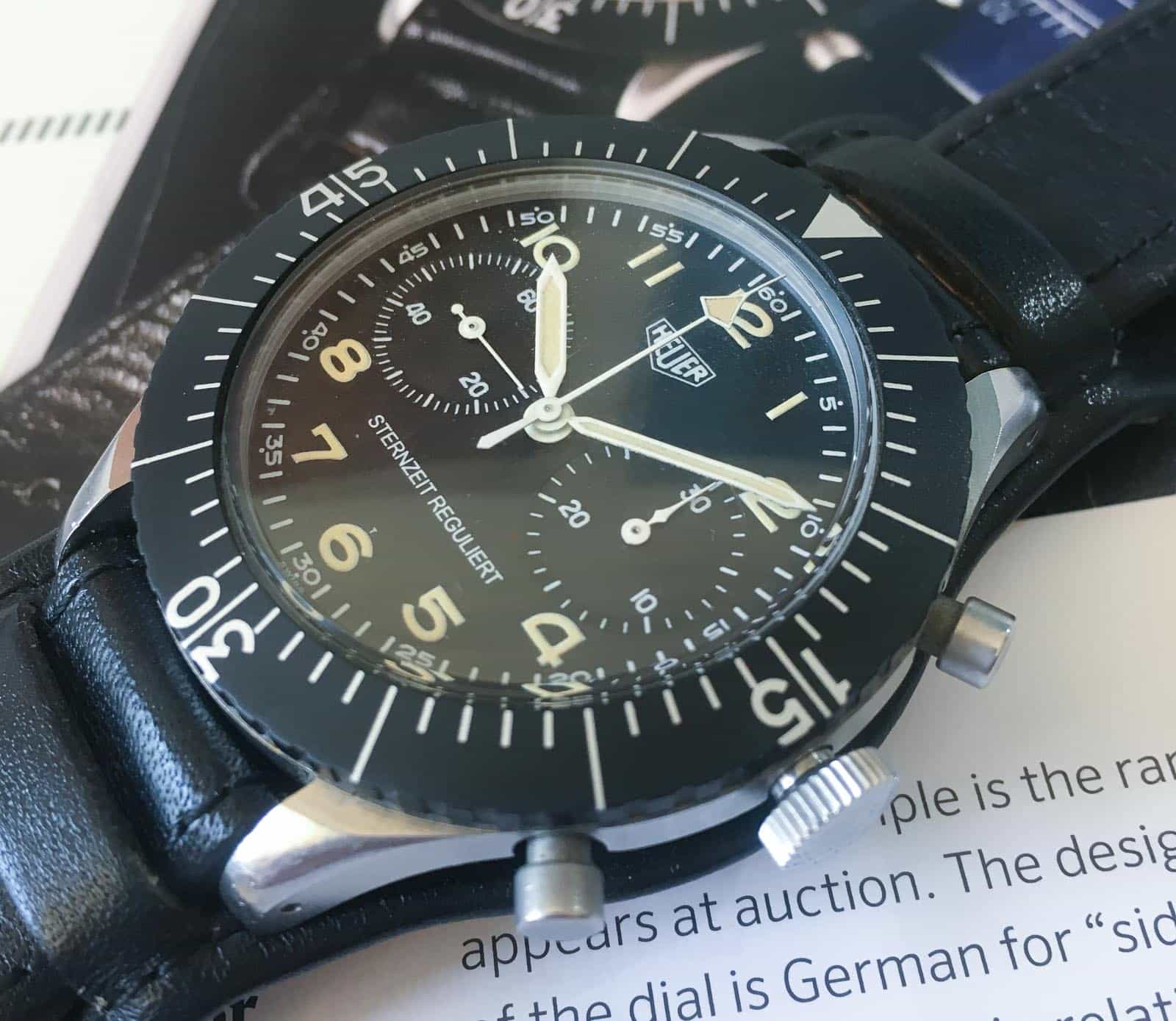 Many of us are familiar with what we call the Heuer Bund for short. In short, it is a series of military flyback chronograph sold to the German military, with the name Bundeswehr meaning federal defense. The military version with the Bundeswehr engraving and NATO stock number engraved on the caseback as well as a red 3H logo on the dial, while the civilian version has no engraving and instead of 3H a small T over the 6 to indicate the tritium on the dial.

The sidereal version came with a folder containing sky charts and calculations tables to measure sidereal time. These are quiet rare, especially in this stunning condition and is complete with all its accompanying documents. 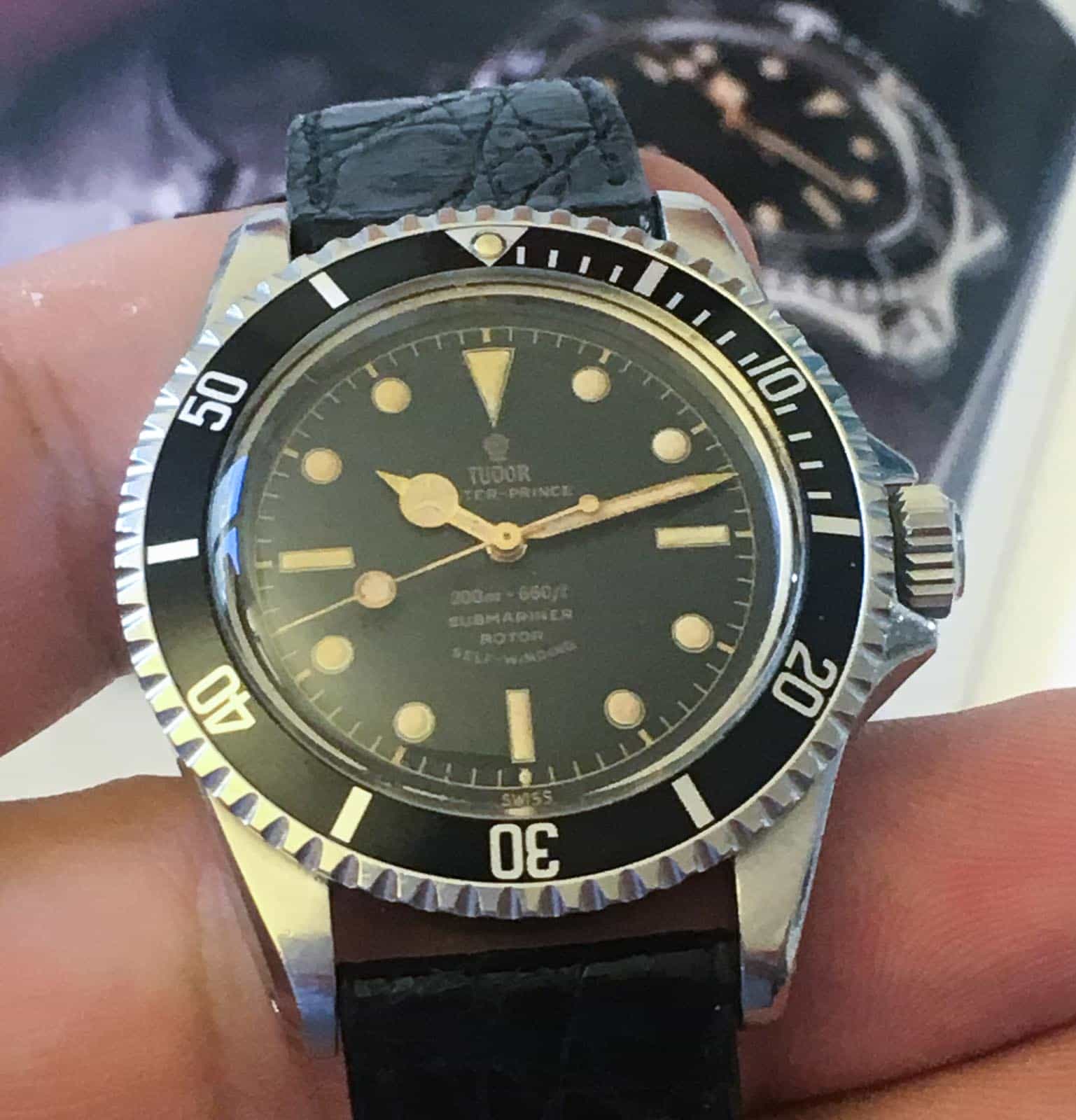 Tudor auction results, as we have mentioned in previous articles, are well below those of Rolex prices, but have been catching up. We find Tudor submariners to be great vintage dive watches with their parallel history with their more expensive counterparts from Rolex. It was the intended purpose of Tudor in the first place. For example, just like the pointy crown guard Rolex 5512, this gilt chapter ring dial has an exclamation mark dot at the bottom, which indicates the transition from radium to tritium on the dial and hands in the early 1960’s.

The dot indicated that the new mix had lower radiation as per new regulations or standards.

Although this watch is estimated to be from 1961 (the inner case back is engraved II.61), we feel 1962 is more accurate for the appearance of the exclamation point. We know that watches were often were assembled a year or two after the production dates inside their cases.

The estimate seems well below market value for this lot and we will likely see a healthy result for this one. 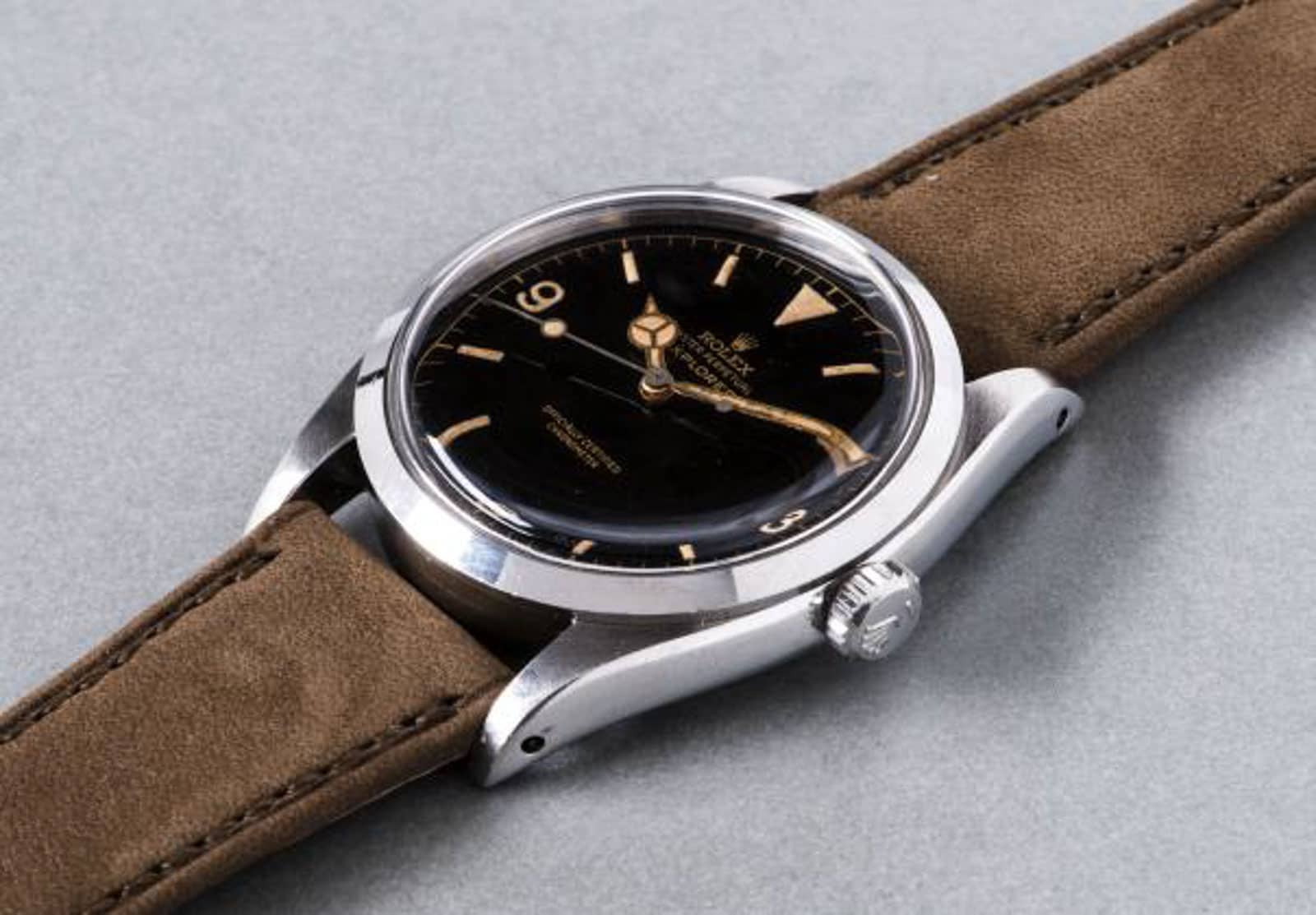 The Rolex Explorer is largely synonymous with Mount Everest as its launch was linked with the successful climb in 1953 by Edmund Hillary (before becoming knighted i.e. Sir) and Tenzing Norgay. Rolex was one of the sponsors of the climb and Hillary wore a Rolex on the climb that was afterwards returned to Rolex for testing and now resides in the Beyer museum in Zurich.

The Royal Photographic Society (RPS), now based in Bath, is one of the world’s oldest photographic societies dating back to 1853. The engraving on this particular early Explorer is meaningful with the mention of Mt. Everest and the condition of the watch is just as exceptional. The era of tool watches and the way they accompanied so many awesome achievements in the 50’s, 60’s and 70’s is the spirit behind sports watches we have all come to cherish today. 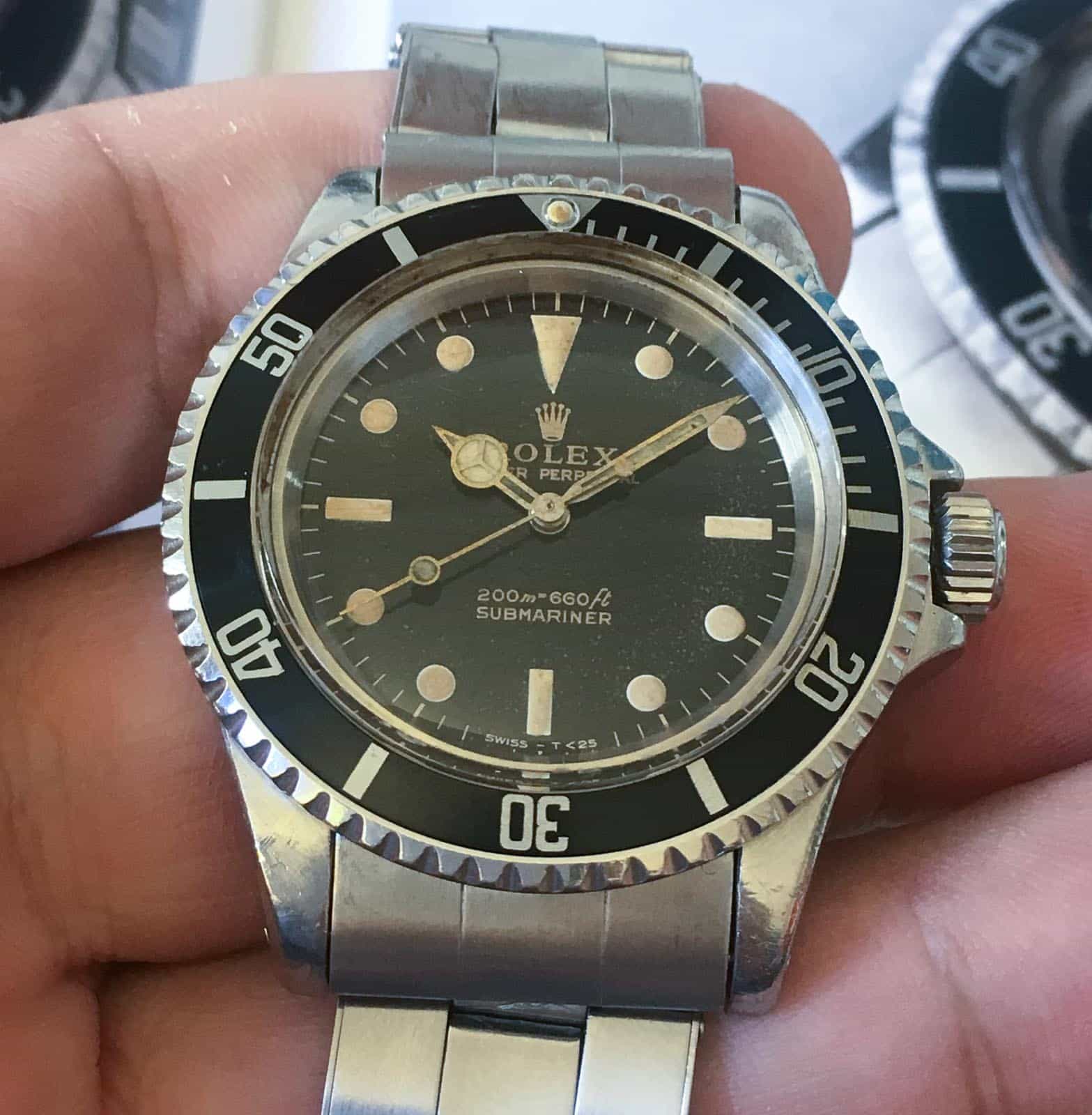 As I mentioned above in the history of Lot 17, the International Geophysical Year in 1958 led to a decade of collaborative research of the poles including the establishing of a Belgian research station named Roi Baudoin in the Queen Maud Land region of the Antartic that was closed in 1961. The Belgo-Dutch Antartic expeditions from 1964 to 1967 allowed for the rebuilding of the Roi Baudoin research base 100 meters from the original 1958 base. Belgian Antartic research has spanned almost 120 years and is still active today. The present watch accompanied the expedition in 1966 and is a charming piece of history and the link to tool watches on these scientific adventures.