After what feels like a lifetime, I’m back penning an article for Fratello. Did you miss me? Did you even notice? I won’t be offended if it’s the latter. Mainly as the team at Fratello has been pumping out solid content all summer. On my side of things, a couple of significant events occurred that required my full attention. A job promotion and a house move in tandem profoundly impacted my free time, consequently pushing aside my hobbies. But when things began settling down again, I had one pastime that I wasn’t going to let slip by. In July, I attended the Goodwood Festival of Speed in the south of England. And now, I want to share my experience through lens and literature.

If you’re unfamiliar with the Festival of Speed, here’s some background: The annual event takes place in July within the Goodwood estate. Specifically on the Hillclimb stage with the palatial Goodwood House serving as the backdrop. The Hillclimb is simply an access road for the majority of the year. But come July, the track becomes a tricky ascent with narrow blind turns and a flint wall for good measure. As the name “Festival of Speed” suggests, professional drivers, young and old alike, revel in taking priceless cars to their limit. 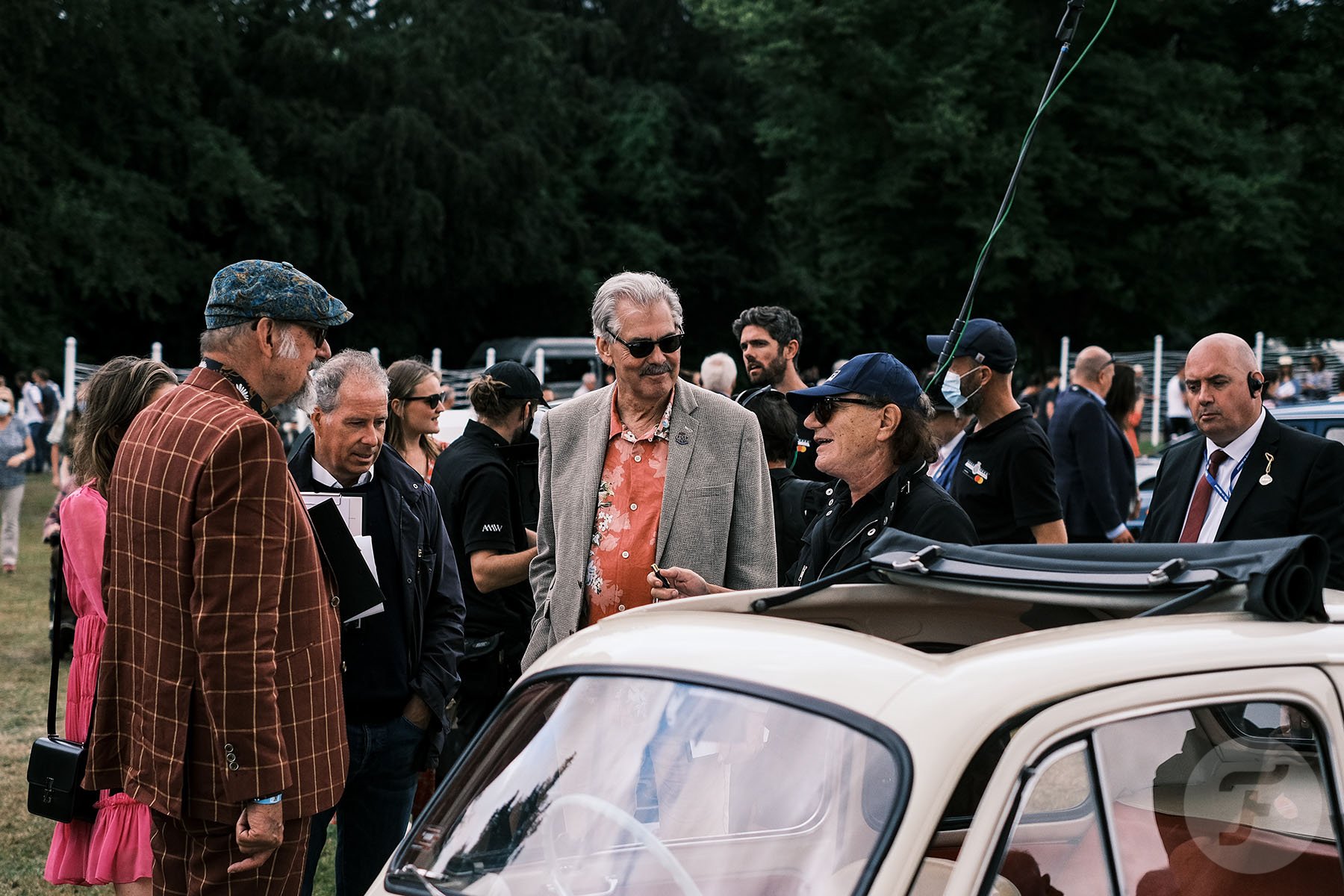 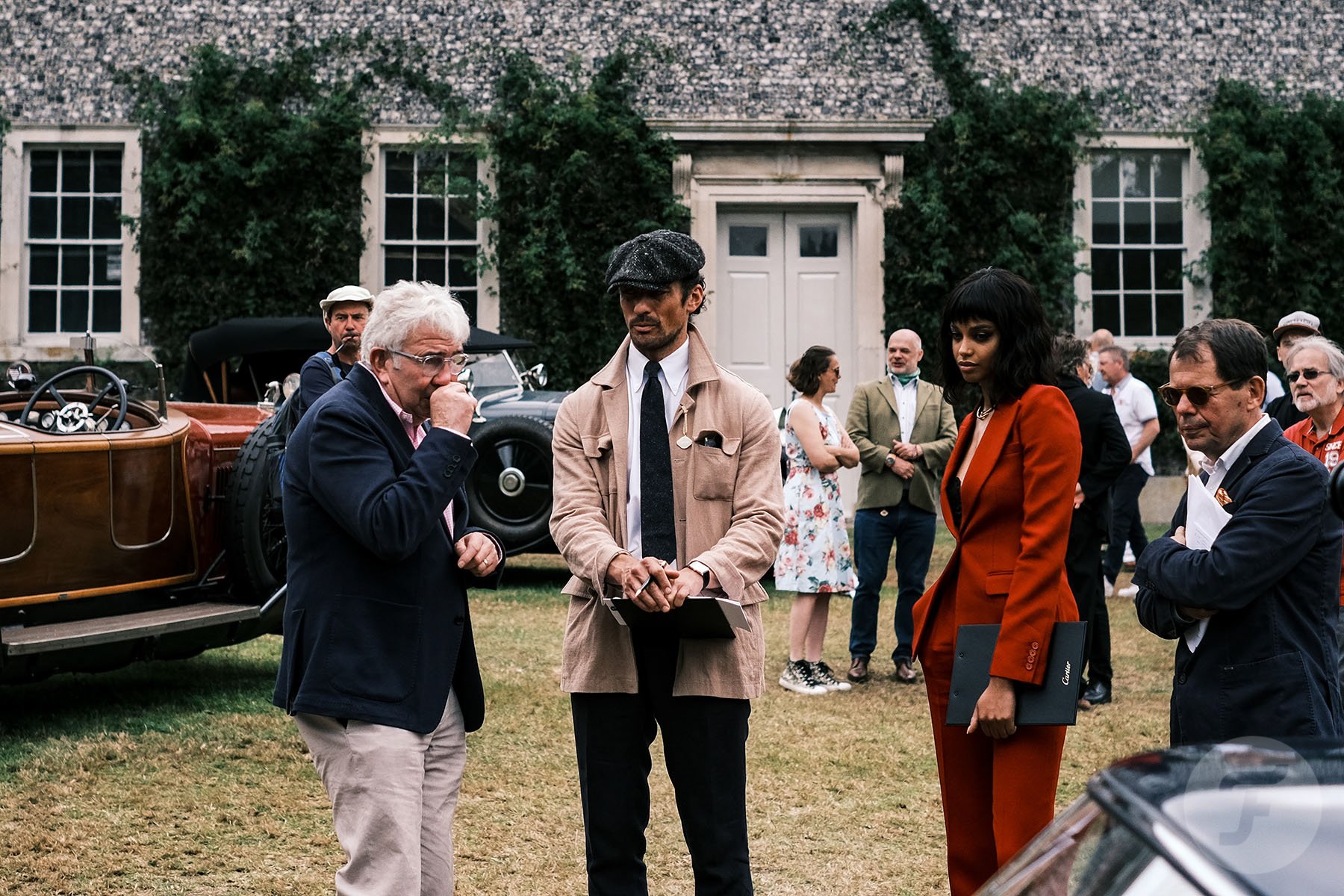 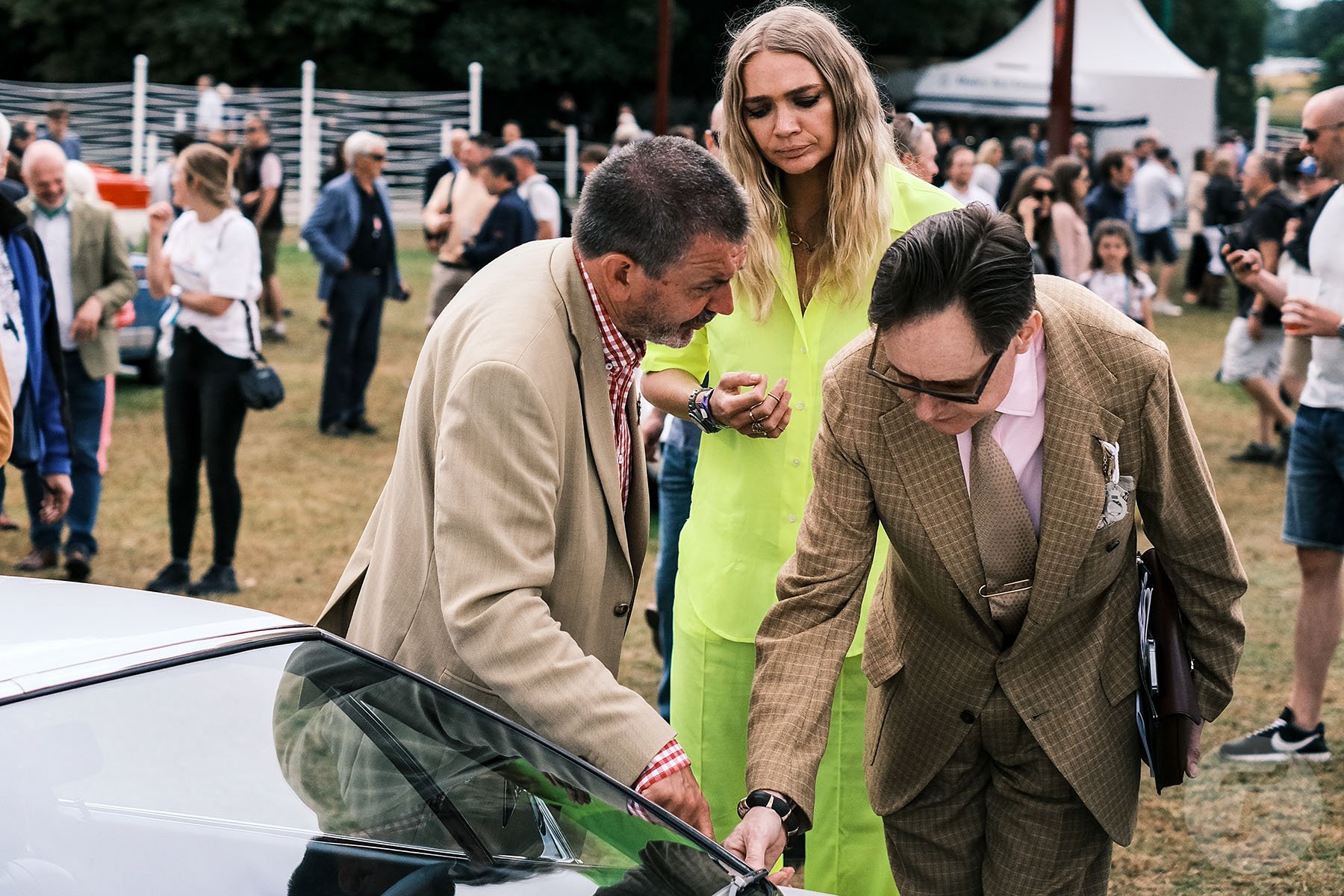 Brushing shoulders with celebrities in the paddock

Yet, there is still time for spectators to gaze upon the drool-worthy machines in the various paddocks. It might also give you a chance to brush shoulders with the many prolific special guests. Amongst the crowd we bumped into, we came across Nick Mason of Pink Floyd, Brian Johnson of AC/DC, and McLaren F1 designer Gordon Murray. My wife also spent extensive time ogling British male model David Gandy as I dragged her to the next batch of cars racing up the hill. 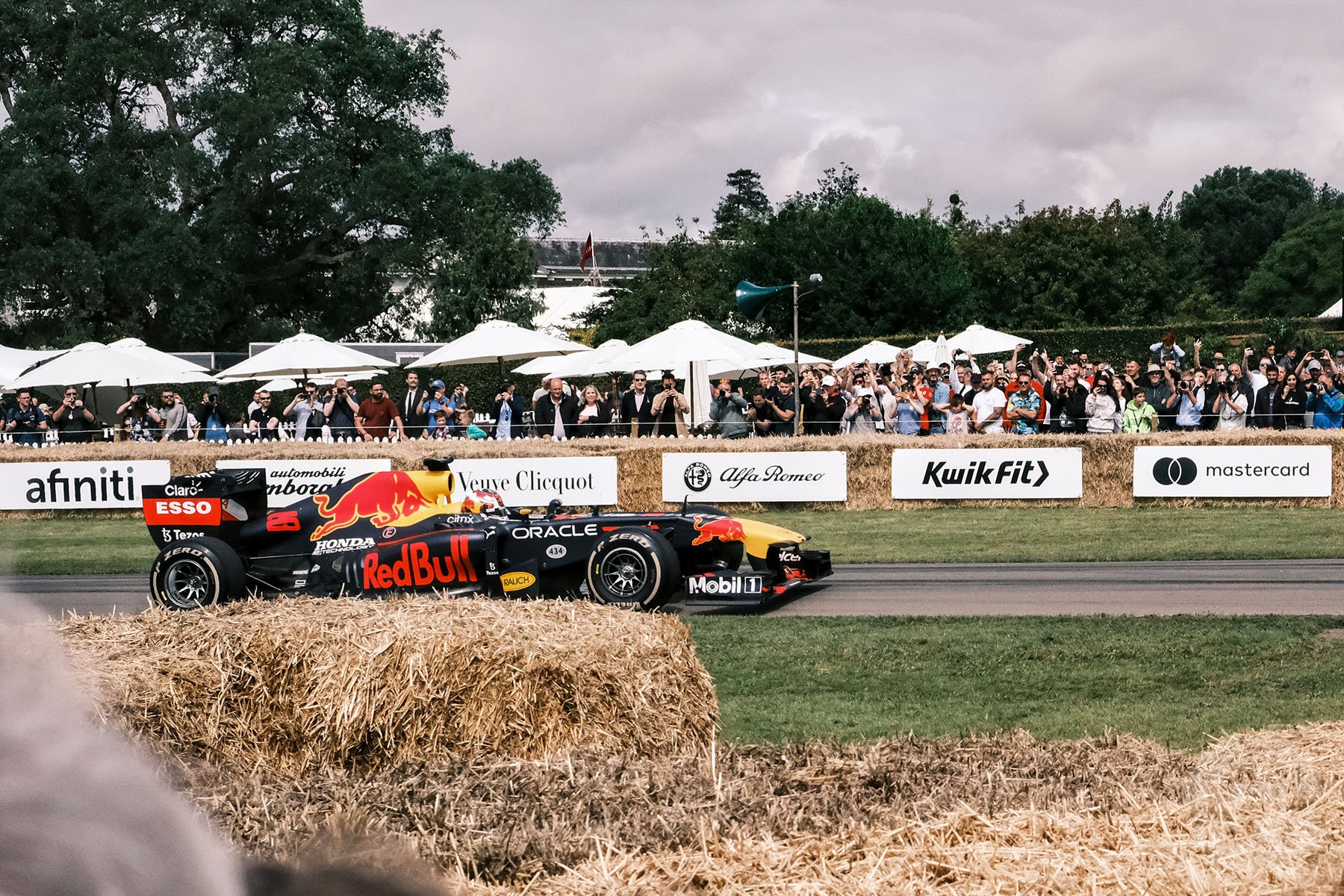 The mixture of racing categories covers the automotive gambit. From single-seaters to endurance racers, rally machines to stunt vehicles, and classic cars which take their place alongside contemporary hypercars. However, the irony is the fastest cars at the event cruise at the slowest speed. Formula One cars barely make it out of second gear and are driven slowly to showcase the beauty of their form. It also gives a chance for the active drivers to wave to the crowd and do a few scheduled stops. No doubt lowering the heartrates the owners of the priceless vehicles. Well, only slightly, as they are still prone to a burnout or two. 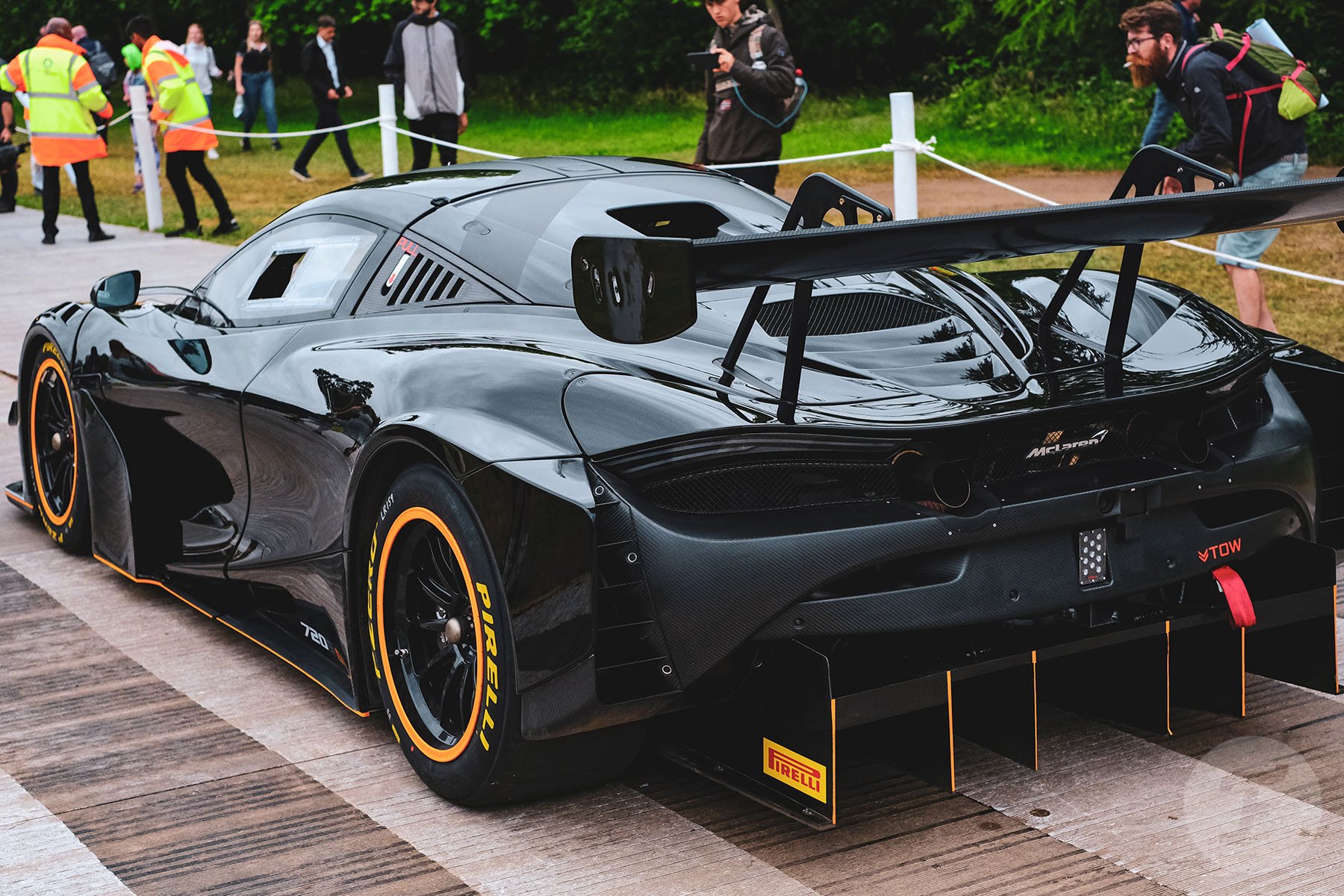 The Sunday Shoot-out at Goodwood

But, carefully driving F1 cars wasn’t always the case as Martin Brundle took the McLaren MP4/9 up the Hillclimb at full chat in under 45 seconds in 1994. Brundle’s attempt was only the second staging of the Festival of Speed and already laid down the gauntlet. Five years later, Nick Heidfeld set a sizzling time of 41.6 seconds in the McLaren MP4/13. This effervescent attempt is scintillating to watch on YouTube as Heidfeld explores every available inch of the narrow stage in the uncompromising Mercedes-powered McLaren.

That record by Heidfeld stood for twenty years until the electric Volkswagen I.D. R driven by Romain Dumas took the Hillclimb in 39.9 seconds in 2019. However, it is essential to note that Dumas set his time during the qualifying run, not in the Sunday Shoot-out. Similar to how fastest laps at a Grand Prix are only recorded during the actual race and not in qualifying. So,  Heidfeld’s time still stands at the top of the ranking, even though it’s not technically the all-time fastest stage record.

For 2021, rain and cool temperatures slowed the cars down over the weekend. Even though the rain subsided on Sunday, the cool air prevented the track from getting up to optimum temperatures. Regardless, the McLaren 720S GT3X set a blistering time of 45 seconds by driver Rob Bell securing victory and a well-deserved champagne-soaked celebration. 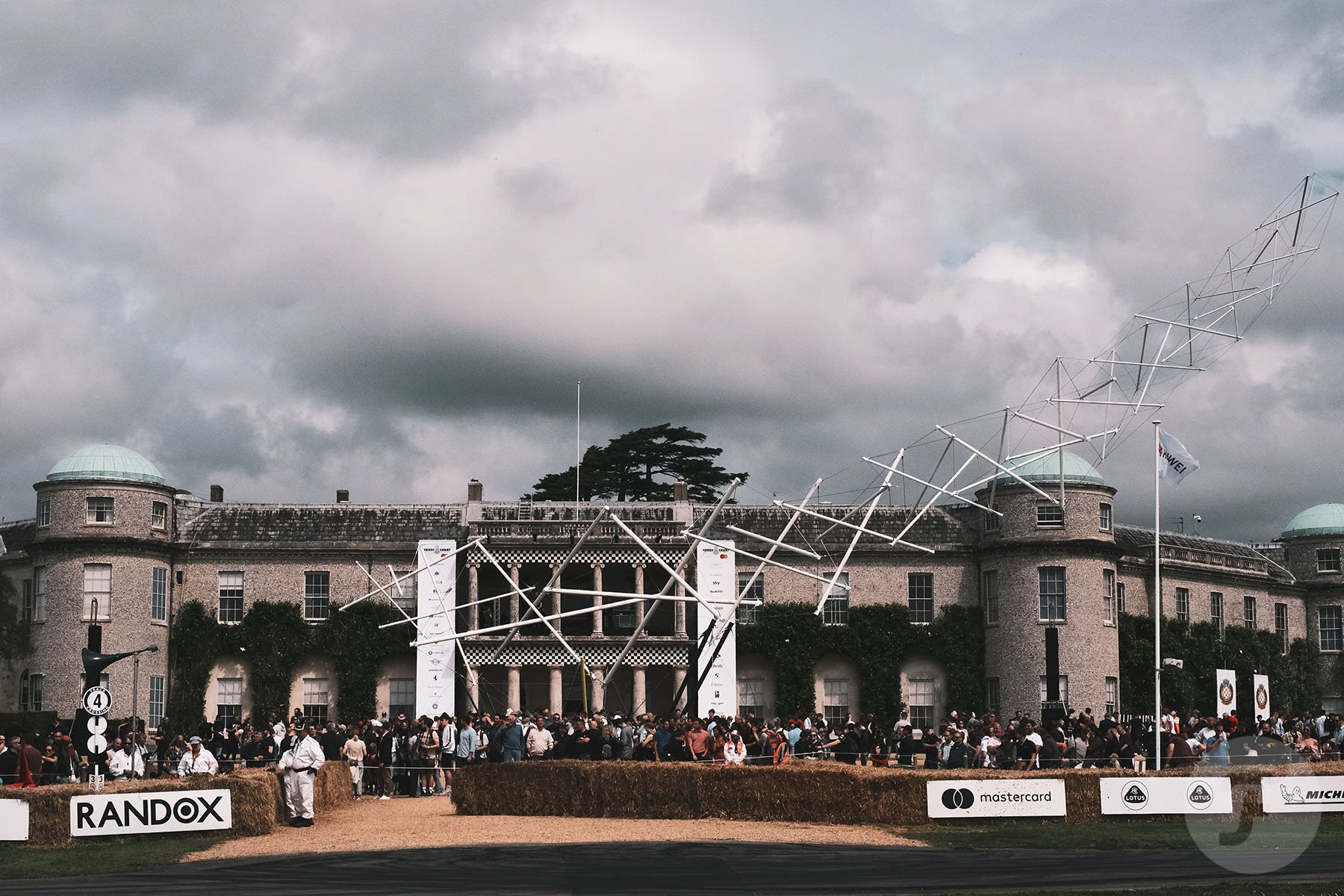 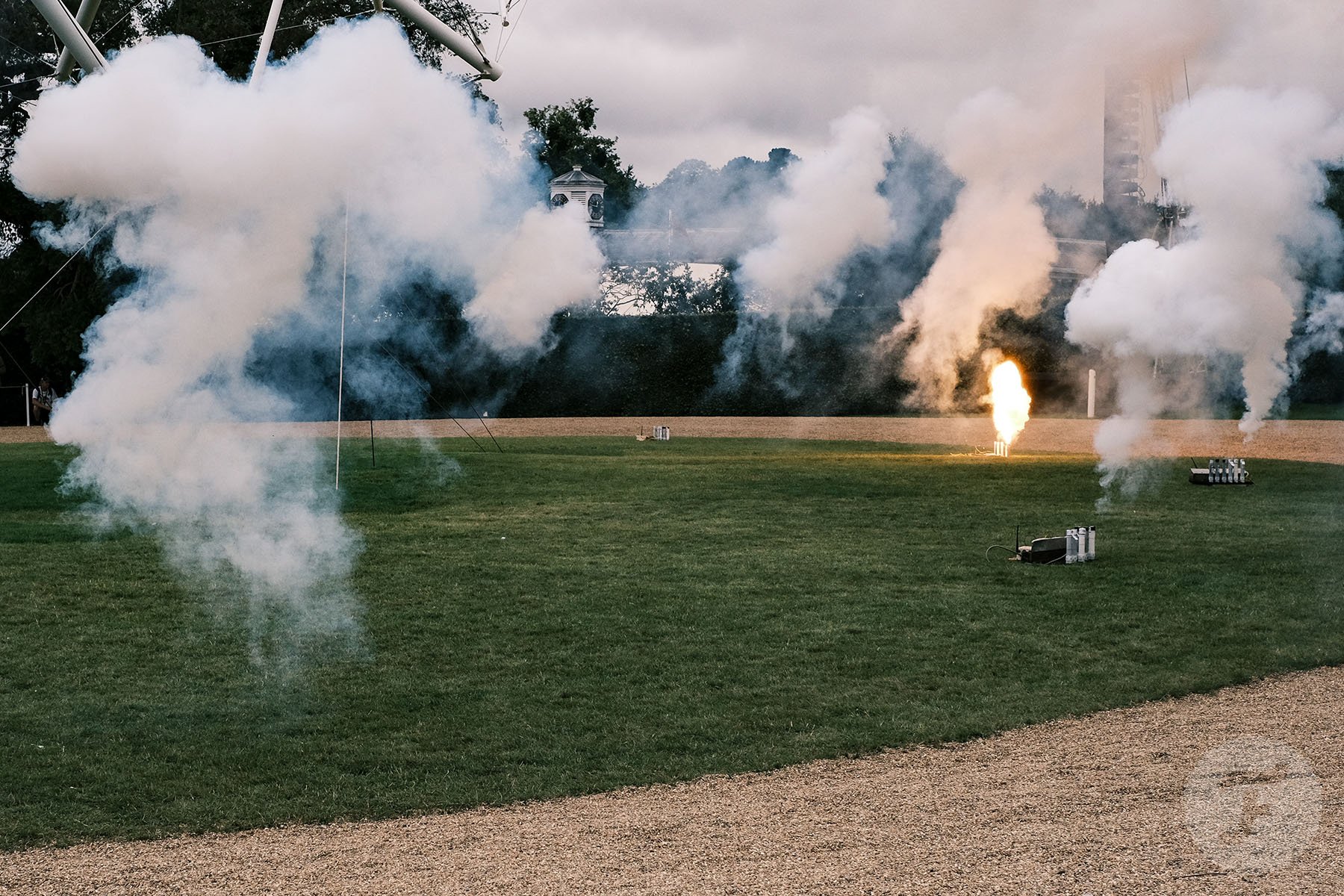 So much to see, so little time

Festival of Speed is one of those events that are too vast to see everything on a given day. Maybe if you’re tactical and have a weekend ticket, you can move between the individual event areas and get a full taste of each experience. Even then, there is no accounting for the unpredictable, which in motorsports is much more of a certainty. As the day progressed, we were beginning to feel like a bad omen. It started in the morning as we crossed the main bridge opposite Goodwood House to find some breakfast. On top of the walkway, we heard an almighty bang followed by a gentle shudder. 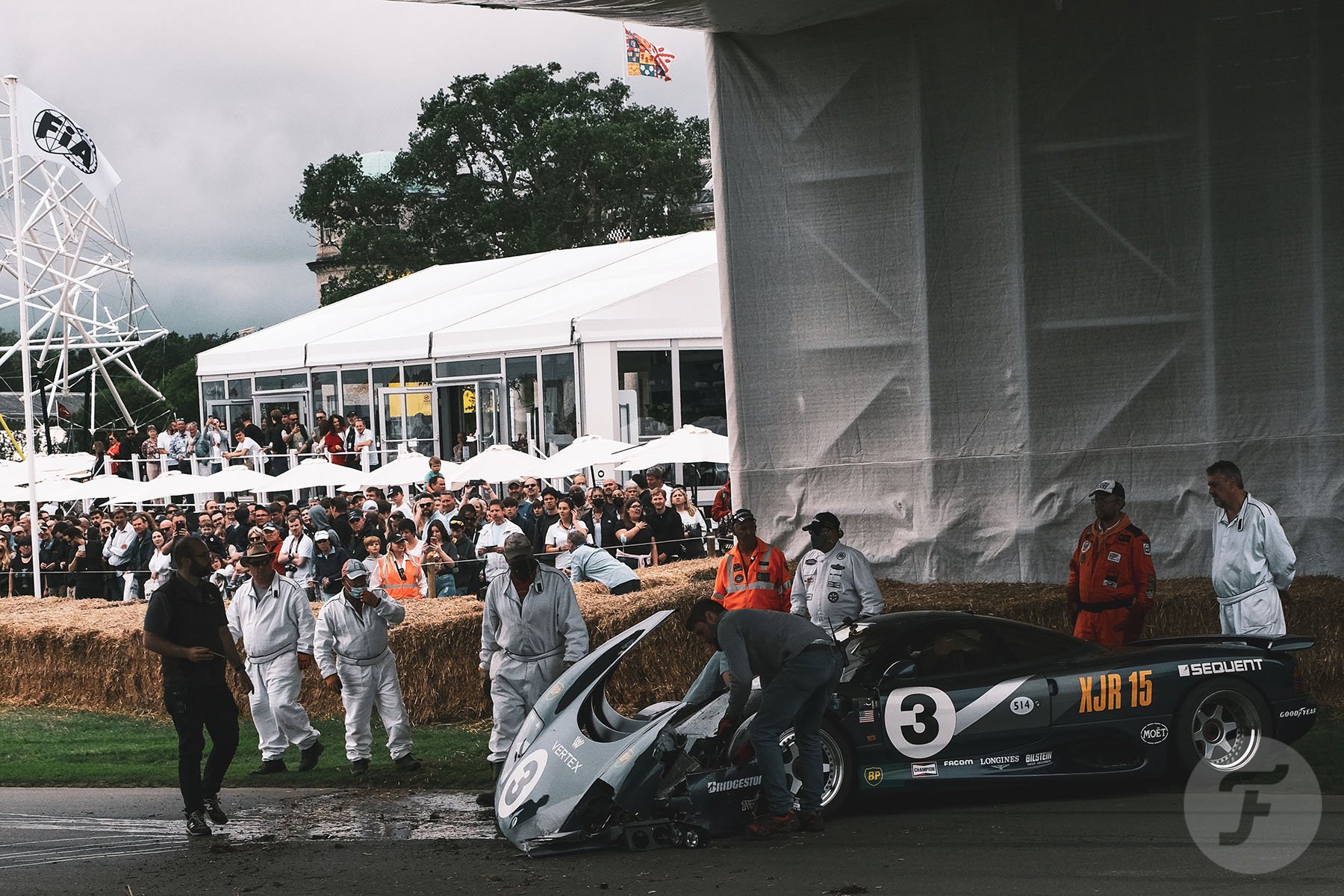 A small gap through the planks revealed stricken car parts and a fuel and oil spill. Rushing down the other side, we had a great view of the Jaguar XJR-15 that hit a tank slapper and ended up, at the scene of the accident, in the hay bales. To ensure this content stays watch-focussed, I noticed the bent bonnet provided a perfect view of the Vertex Watch Company logo — a British watch brand we adore here at Fratello. 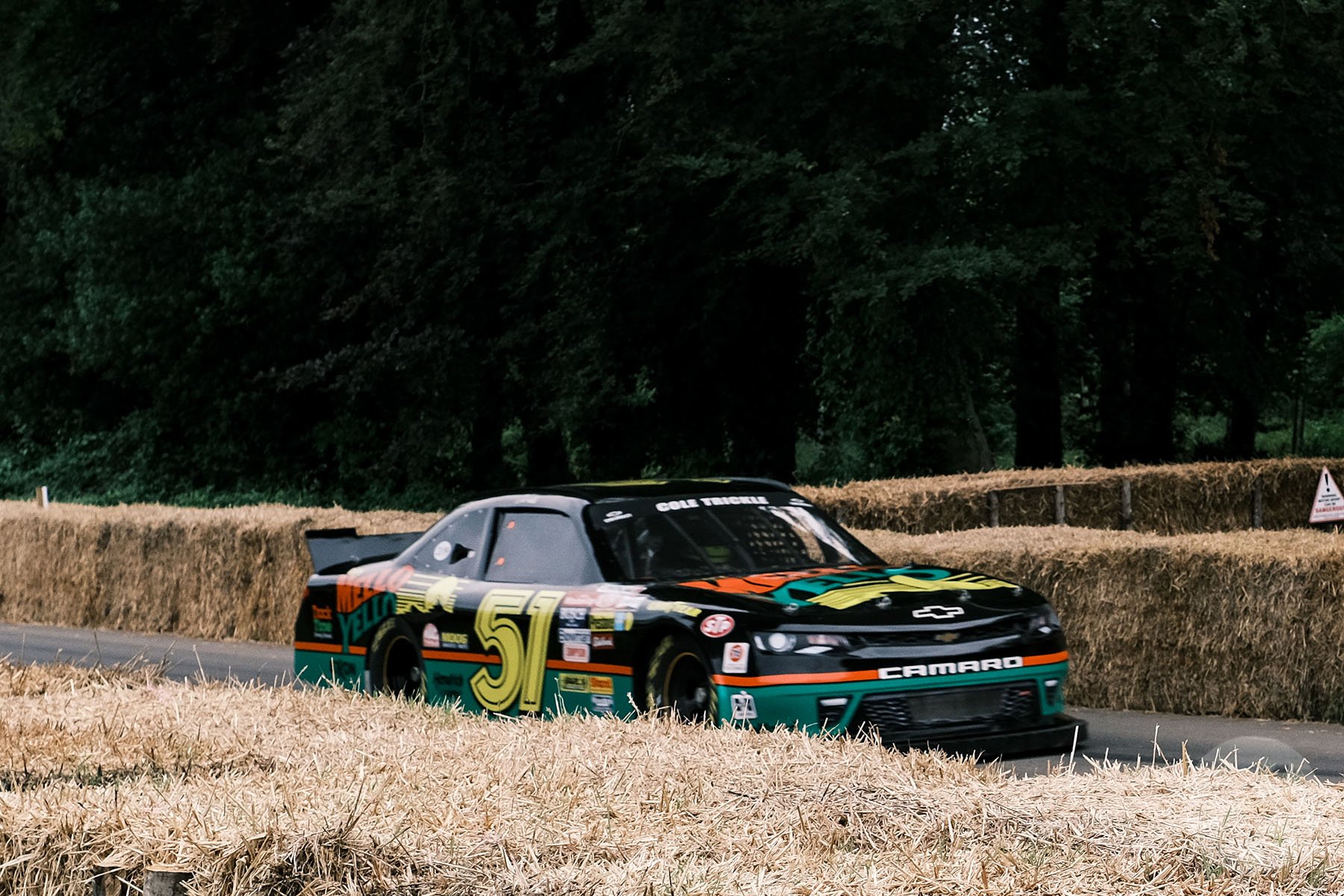 Later that day, we decided to take part in the passenger ride on the Forster off-road buggy track. As we were waiting in the queue, the buggy, already out on track, hit a dip. It then went five or six meters in the air and completed around ten flips. It was a frightening moment, but luckily, the driver was uninjured. Crucially, this buggy was part of the professional demonstration on the neighboring track. Such was the distance it traveled when airborne; we were convinced this was the same buggy we’d soon be riding in. As the stricken buggy was recovered from the track barrier, we had to wait a while for the passenger rides to resume. During that time, we decided to visit the Goodwood Action Sports (GAS) event with regularly scheduled motocross, BMX, and mountain bike stunts.

Soon after we arrived at GAS, a BMX biker, David Guest, took a tumble on a ramp where the bike stopped, and the rider didn’t. Again, apart from some bruised pride and a laundry bill, the rider was not hurt. Returning to the off-road passenger ride, we were given a front-row seat to witness what these lightweight vehicles can do on low-grip surfaces. After the ride, it was time for the 2021 Sunday Shoot-out on the Hillclimb. And once more, the “Hodges curse” struck, as we had an up-close view of the NASCAR Chevrolet Camaro driven by Jack Tetley who took one too many liberties with the spiteful track. Clipping the grass, the NASCAR spun 720 degrees and hit the barriers just a few meters from the finish line. 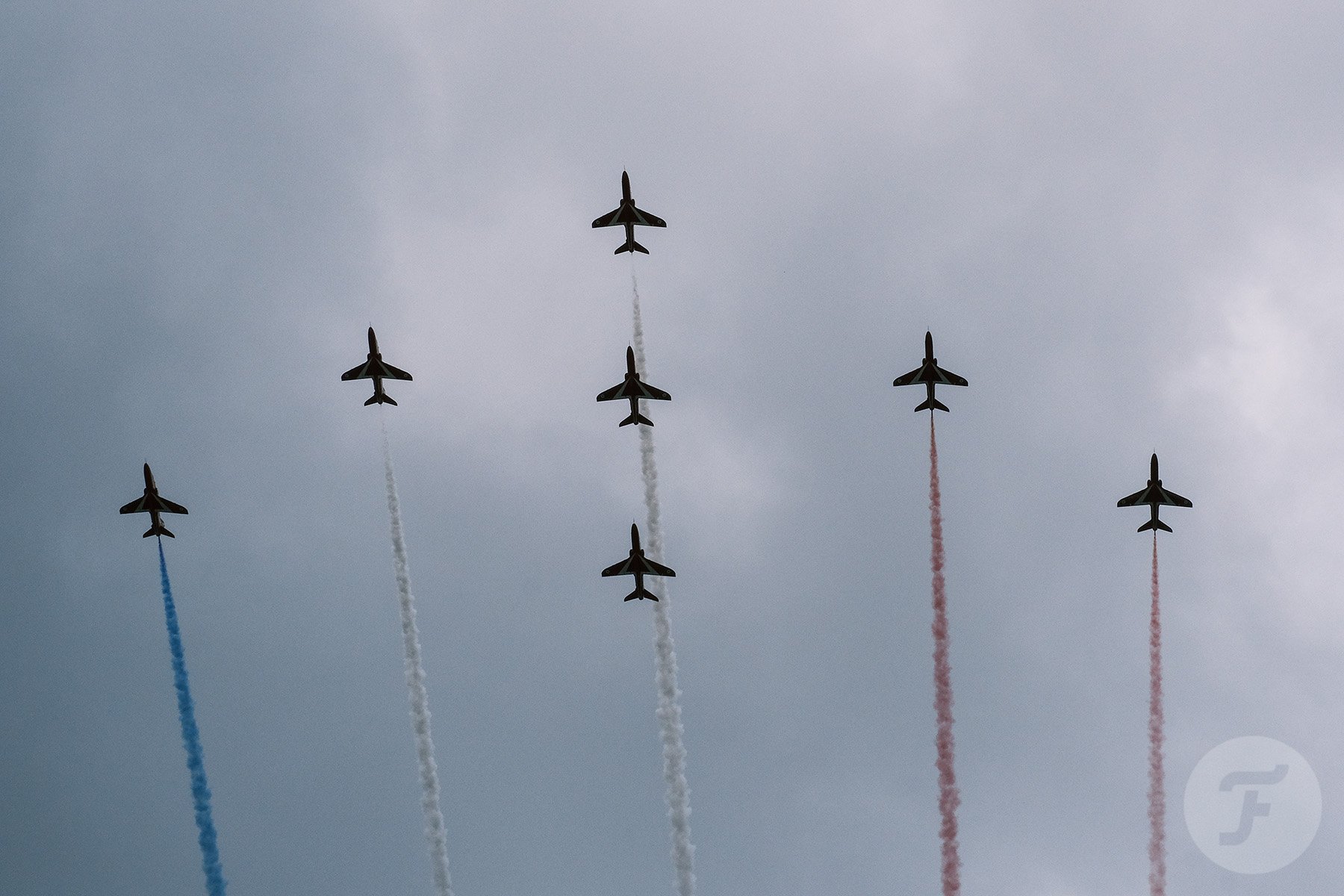 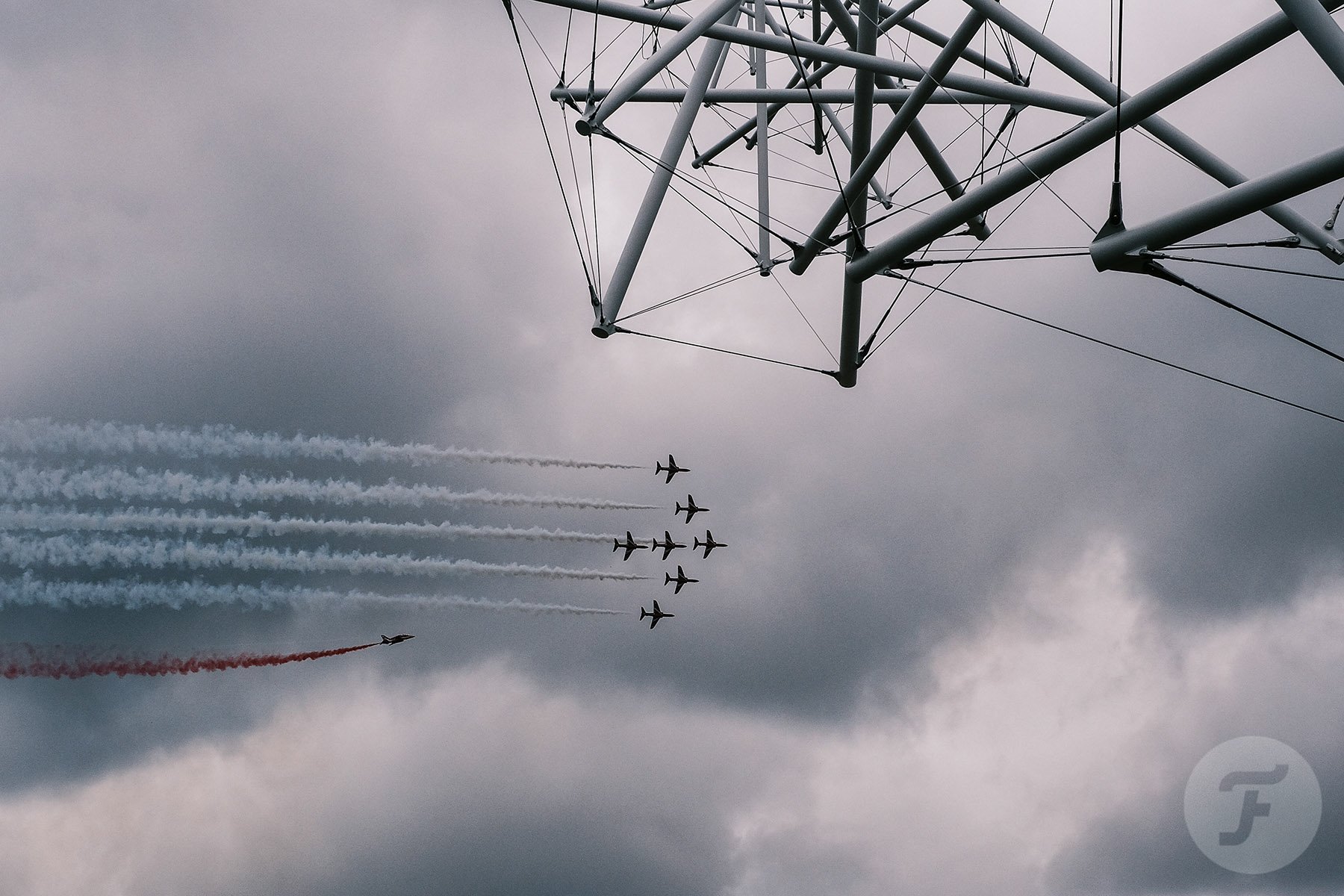 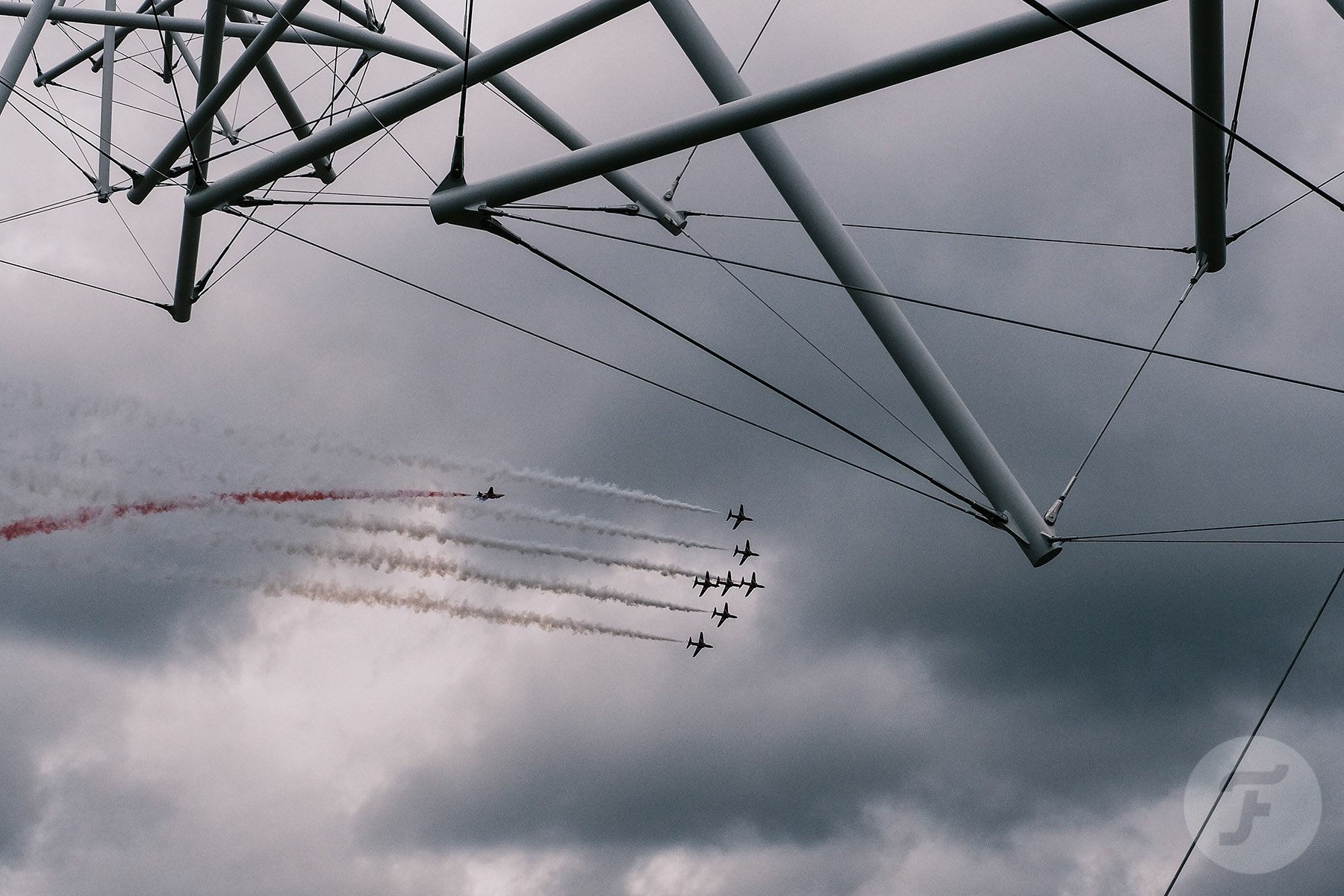 Set your sights on the skies

Despite the seemingly constant crunching of metal and glass, the 2021 Goodwood Festival of Speed was a terrific and well-organized event. As part of the UK’s Events Research Programme (ERP), attendance was capped at a lower amount than usual. All attendees also required a negative lateral flow test or proof of complete vaccination at least 14 days before the date of the event. Hopefully, talk of these requirements will soon be a thing of the past, but at least the Festival of Speed could still take place mostly unobstructed. Last year, the event was delayed and eventually scaled back to a live-stream showing.

Not being able to soak in the sights in person back in 2020 was quite a disappointment. More so was having missed the stench of high octane race fuel that fills the air. To me, it is a glorious scent that I’d happily bottle and sell as a perfume. Turning my attention from the track action to the skies provides another stalwart element of the Goodwood Festival of Speed — the RAF Red Arrows. We covered the British aerobatic squadron here in the collaborative Breitling Chronomat 42 B01 Red Arrows edition.

Due to the weather, the Red Arrows were unable to perform on Saturday. Luckily the rain held off on Sunday, but the low cloud altered the formation of the nine Hawk T1 jets. Most apparent was that the jets flew in a group of eight, with Red leader holding back to observe and guide the maneuvers. I also noticed the heart-shaped smoke trail filled the sky horizontally rather than vertically. It did not spoil the display, and the Red Arrows team received a deafening ovation. 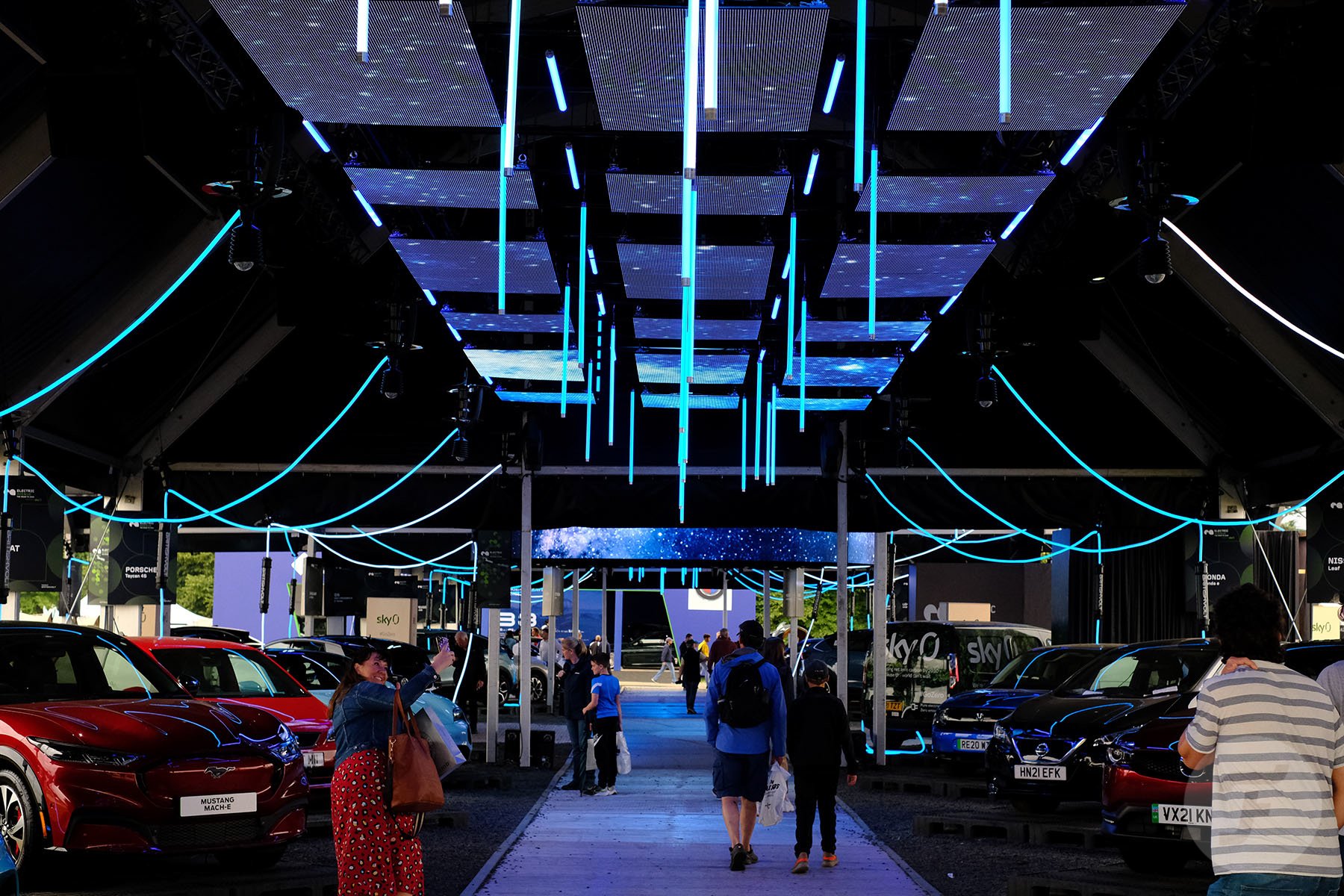 There is a growing trend of including electric vehicles in the showcase. Electronic powertrains are an essential move towards lowering emissions in everyday traffic. And by default, electricity provides instantaneous torque allowing for rapid acceleration. Despite the speed, many of the fans lose interest in electric cars running up the hill. You see fans poised and ready with phone cameras awaiting the next supercar, only for a wispy, whiney engine to breeze past with little fanfare. Often, the sound of the electric motor is drowned out by the groans of spectators and the rustling of pockets as the camera phones are put away again. Electric is the future, but much like our obsession with mechanical watches and old-school engineering, it’s with the roar of pistons and fire that our passion lies. 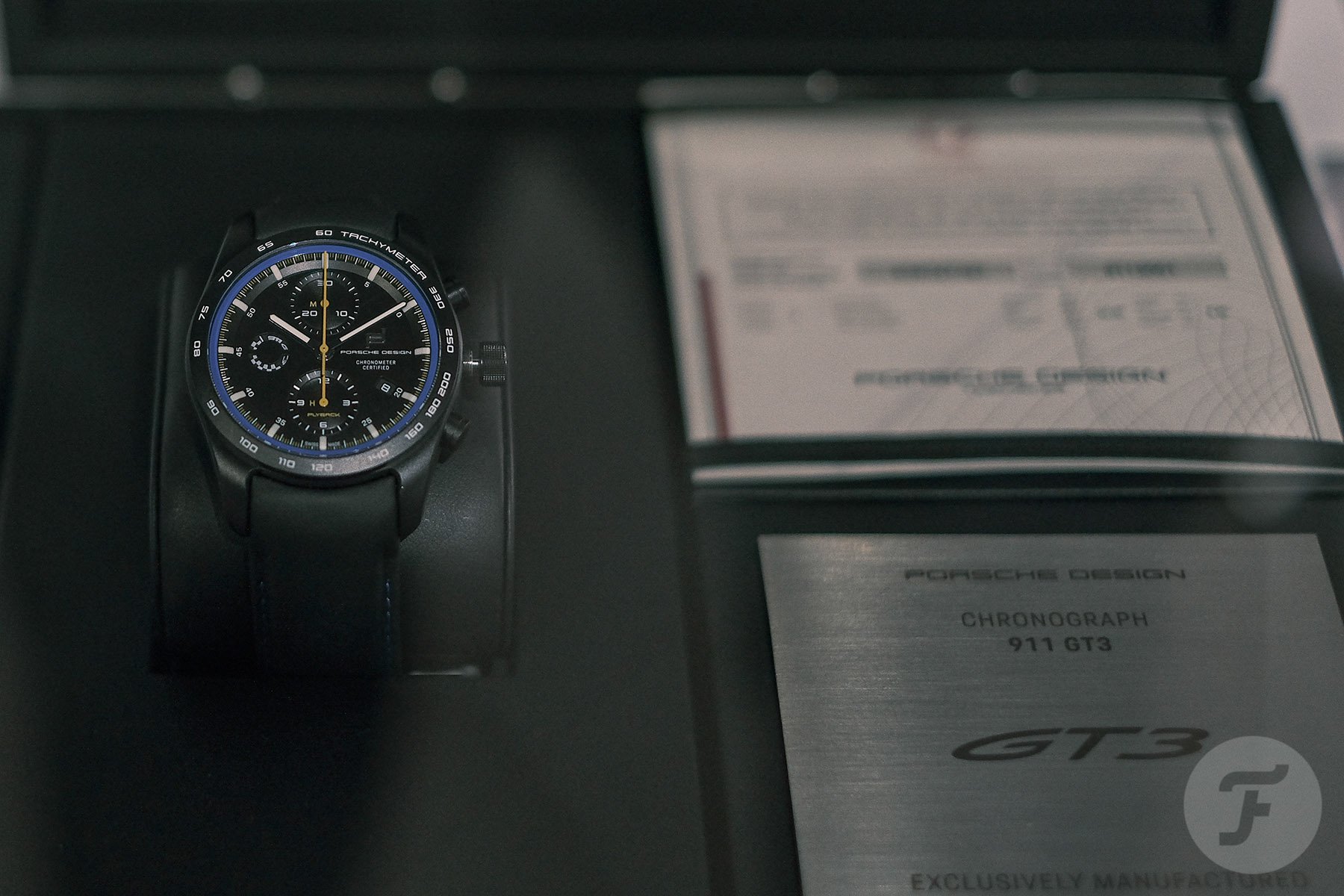 You may have noticed this article is a little light on watch content, especially for something being published here at Fratello. Montblanc is the official timing partner of the event. Due to the respective country’s travel restrictions, Montblanc was unable to have a trackside stand. I did spot many watches on wrists throughout the day, from Breitling to Rolex, with a surprising proportion of two-tone timepieces. In the Porsche stand, the Porsche Design watches were behind a glass display box and for sale. But overall, the focus was squarely on the luxurious vehicles from automotive history, the drivers that tame these beasts, and the die-hard fans soaking up the sights and smells of an event two years in the making. 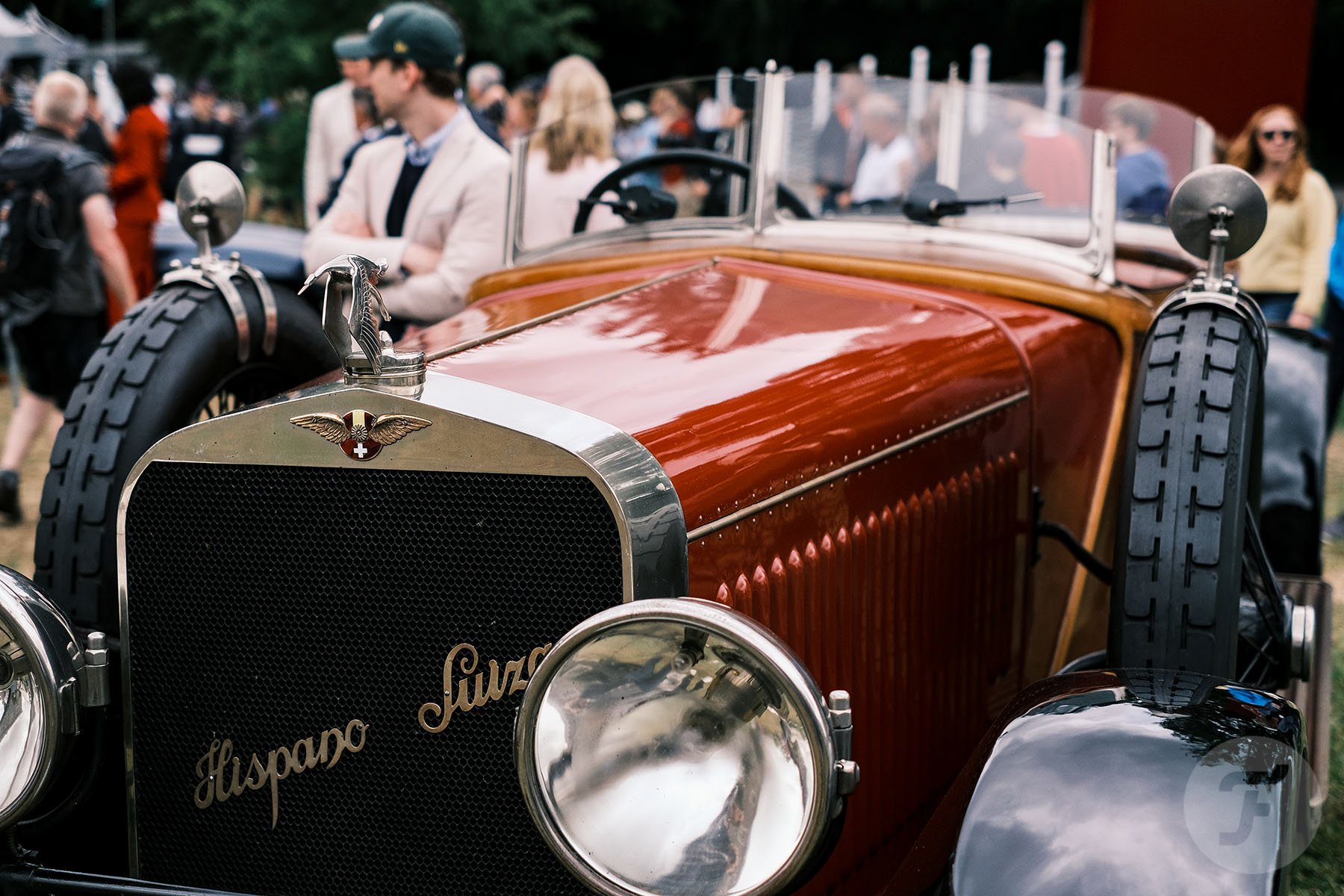 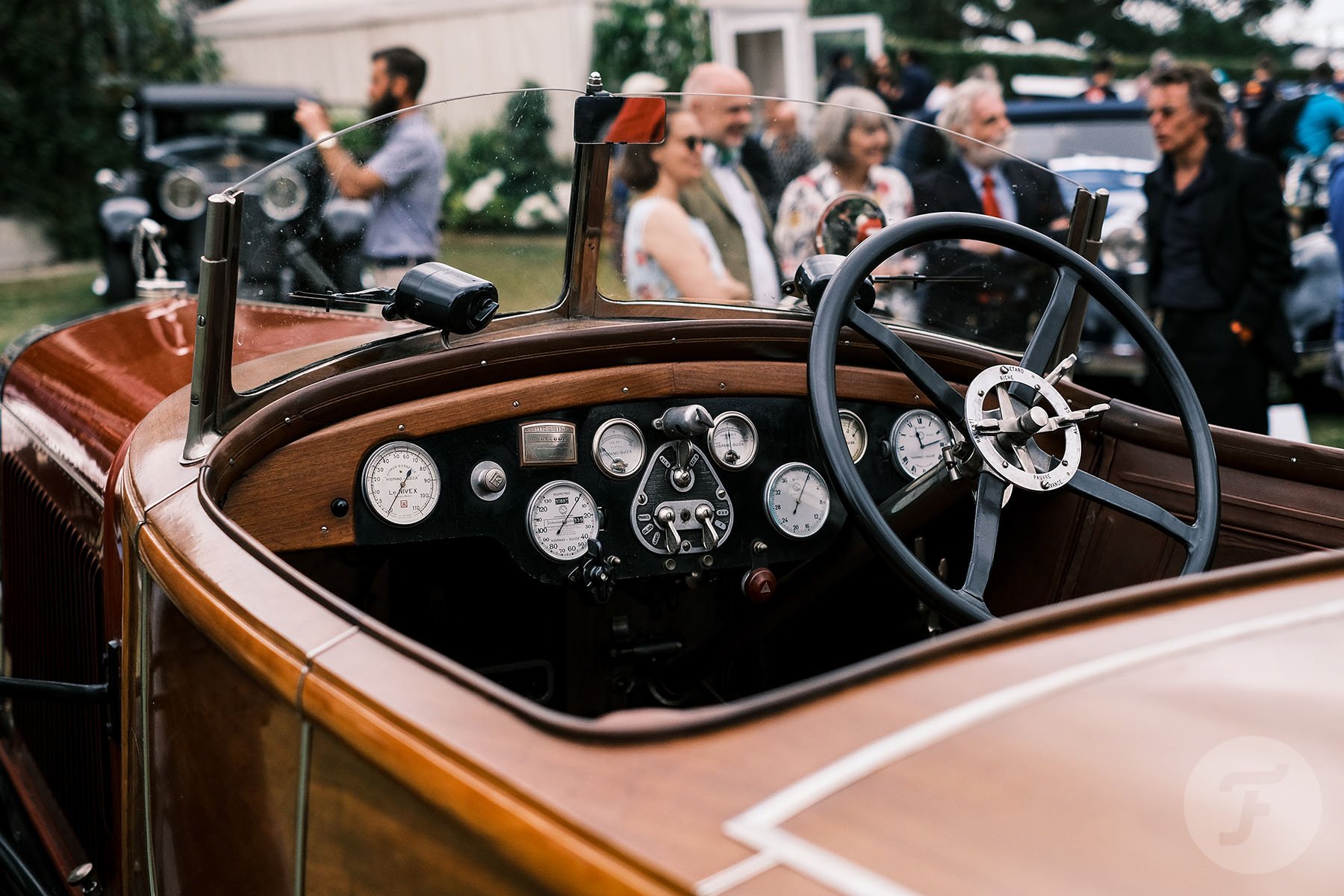 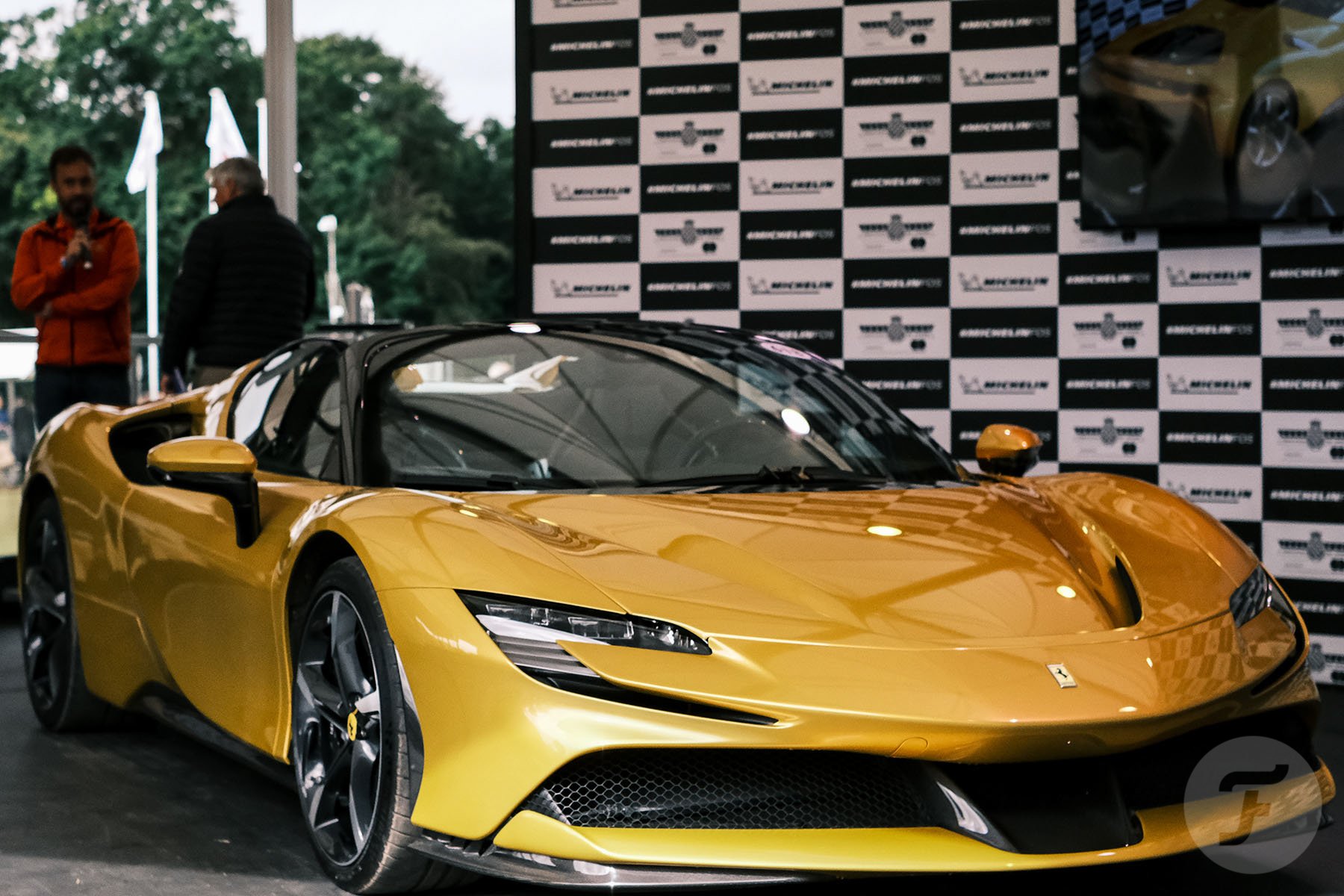 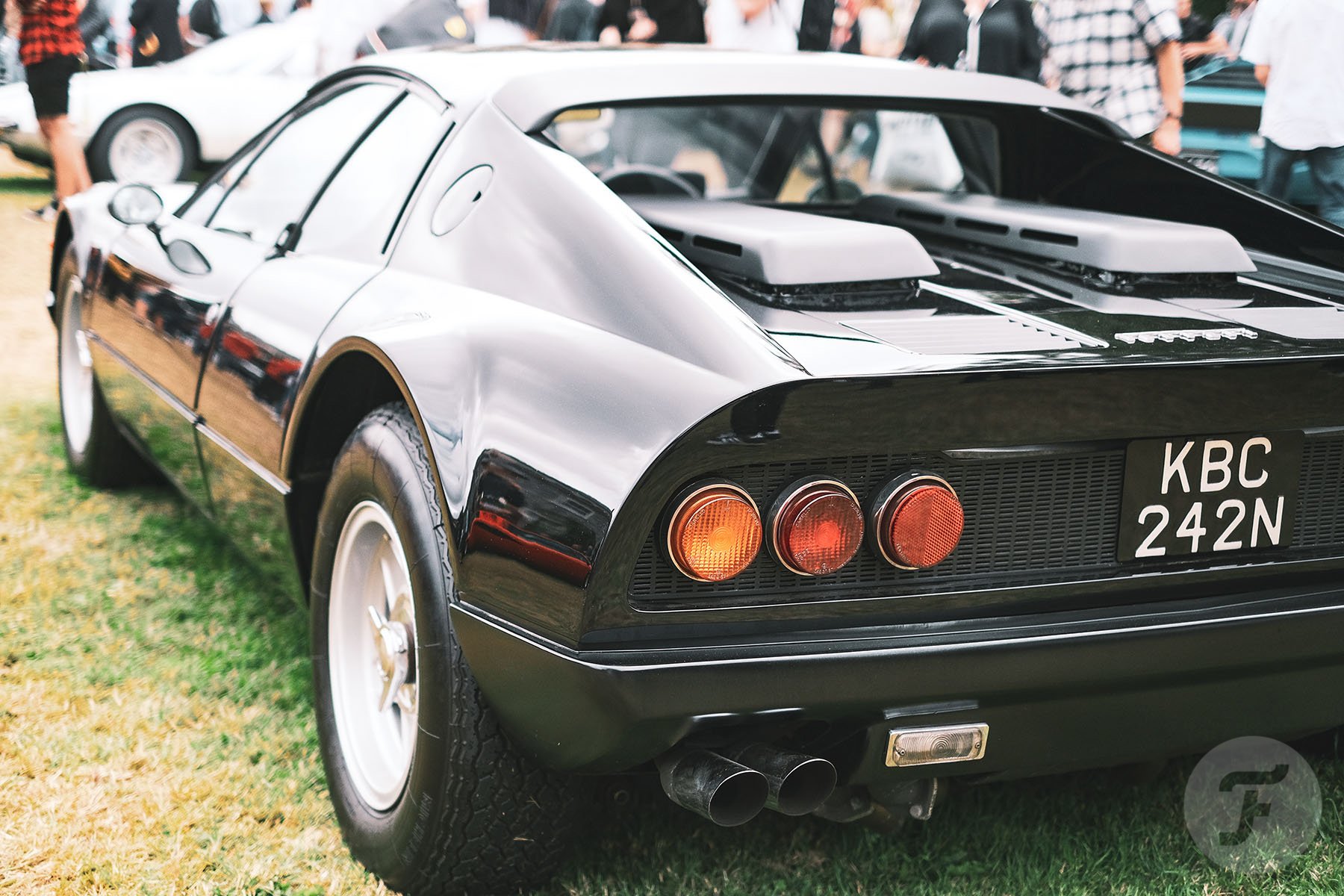 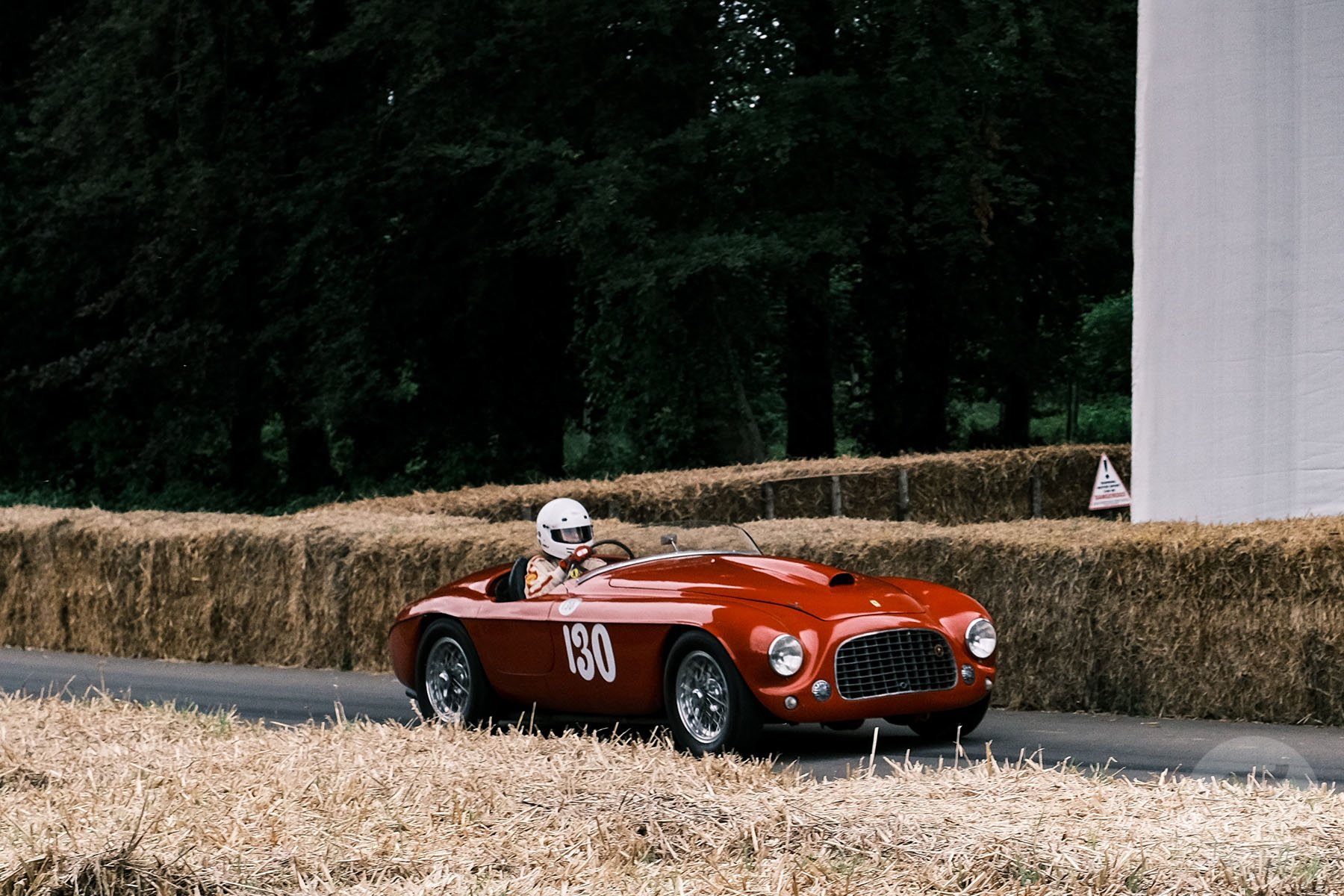 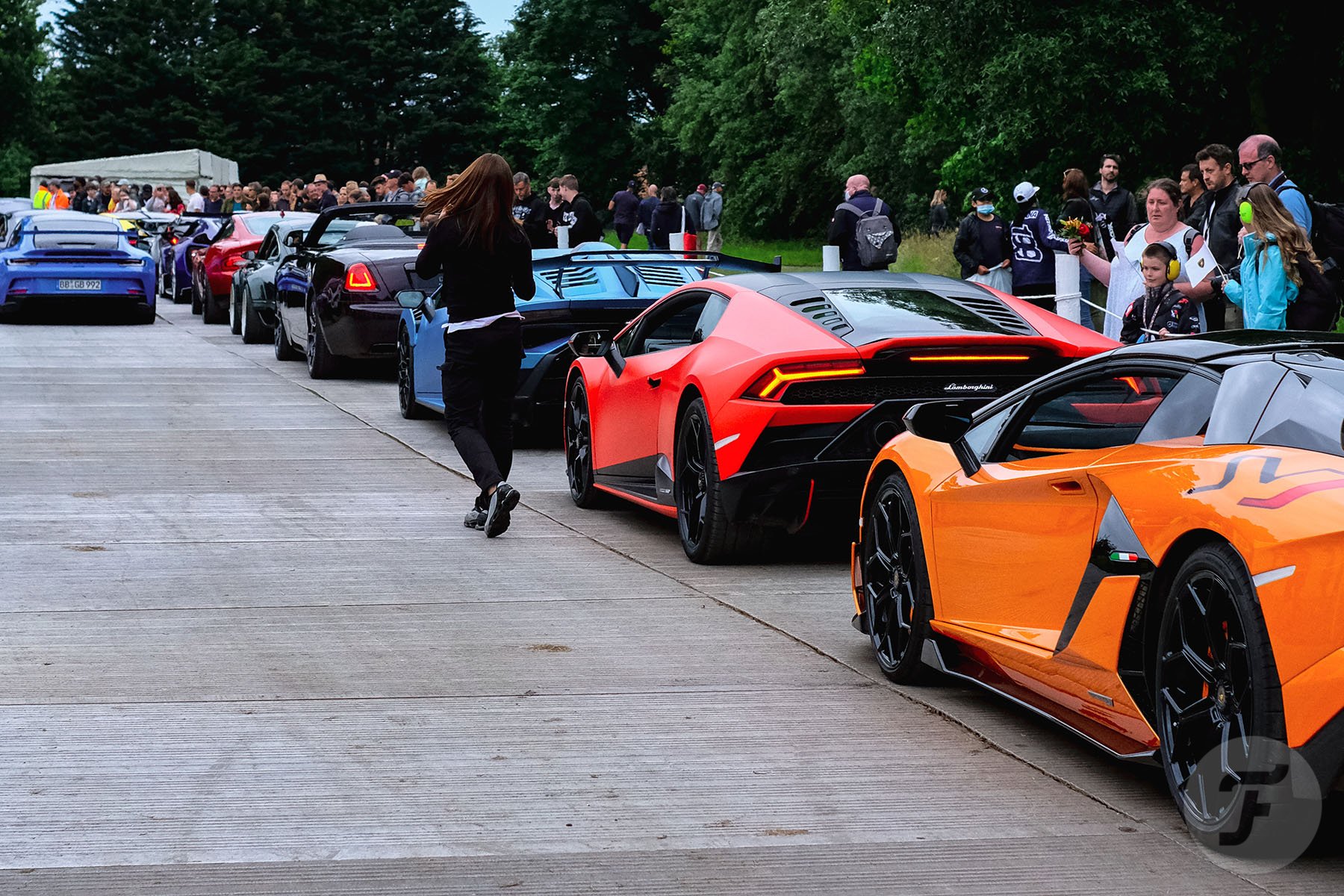 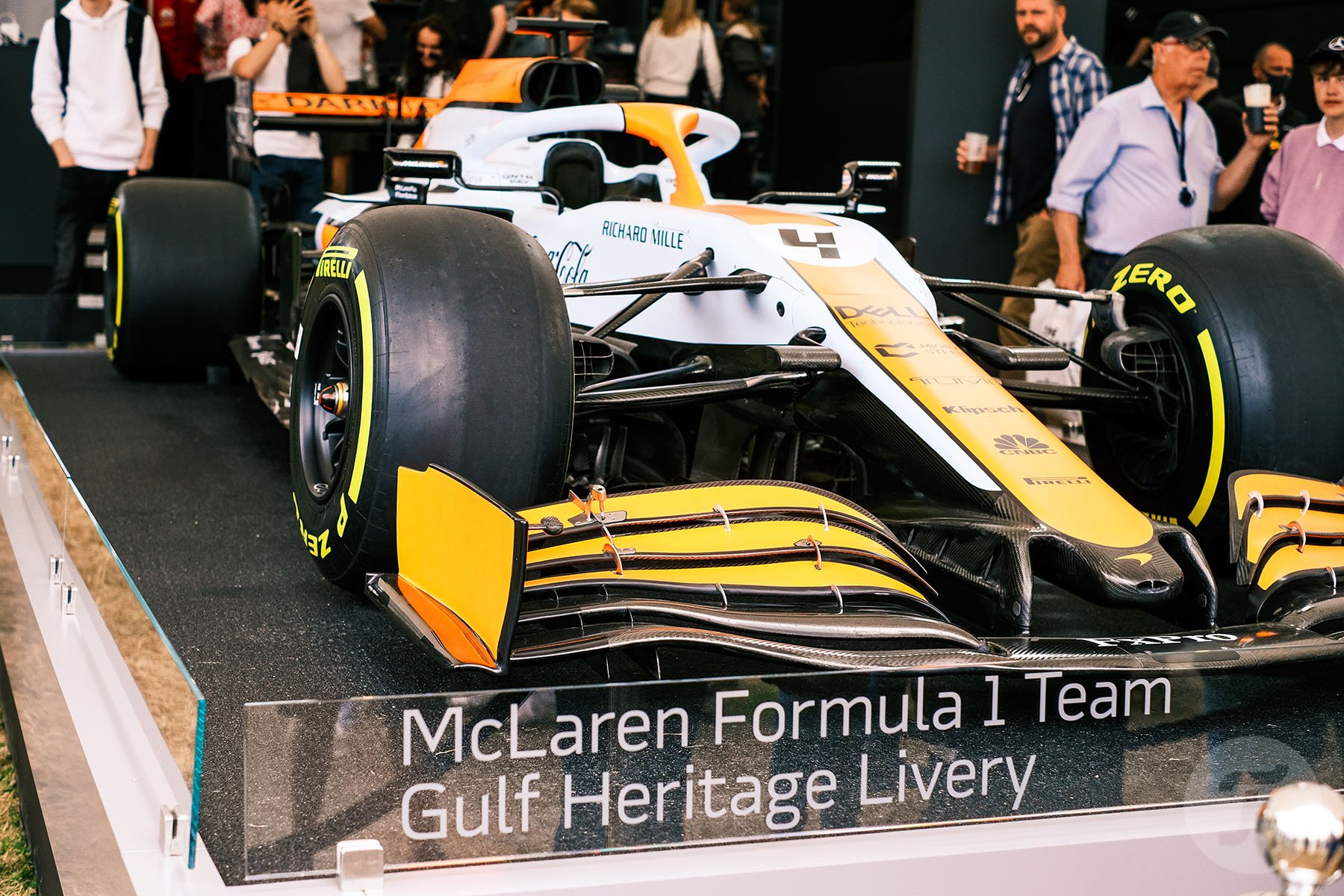 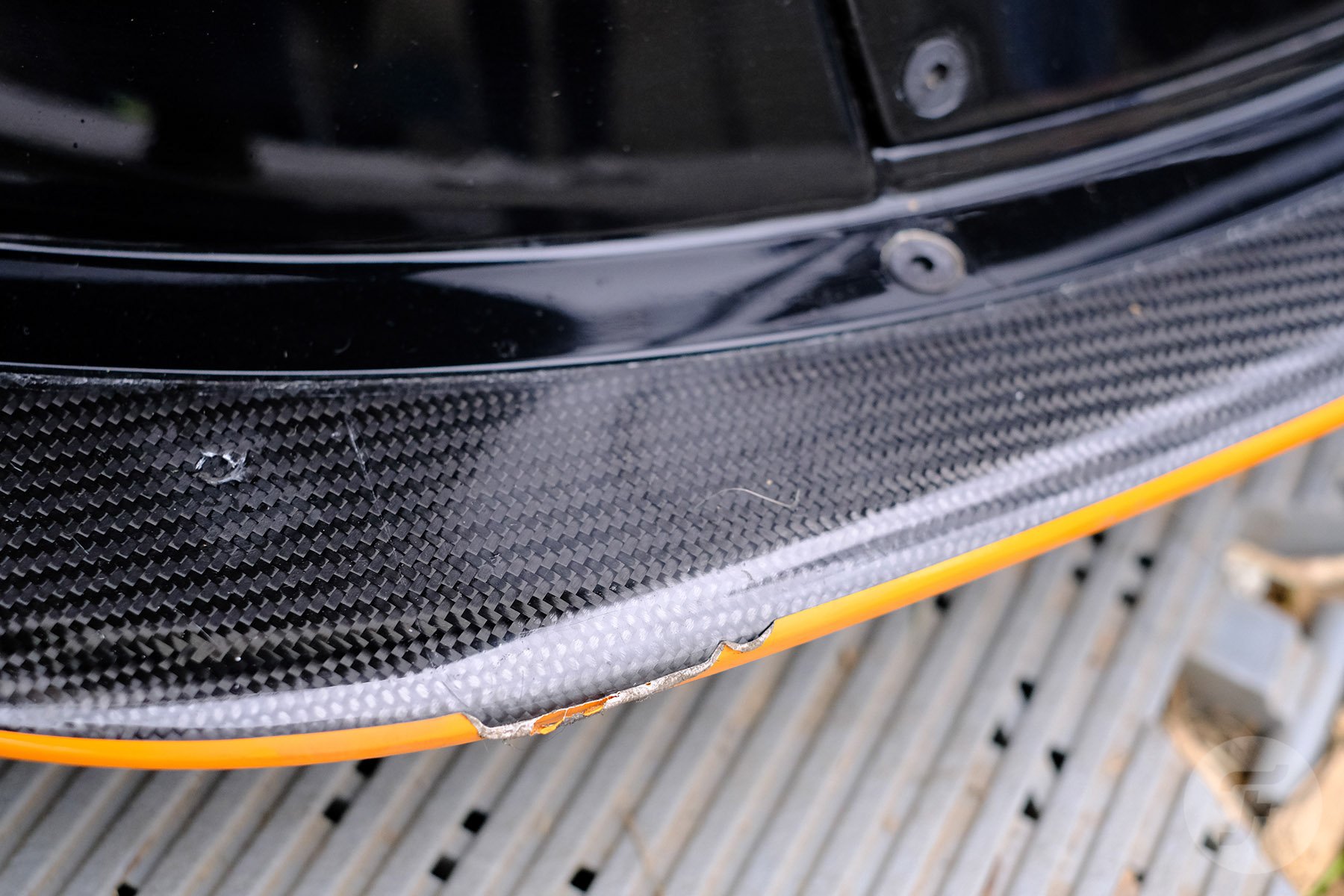 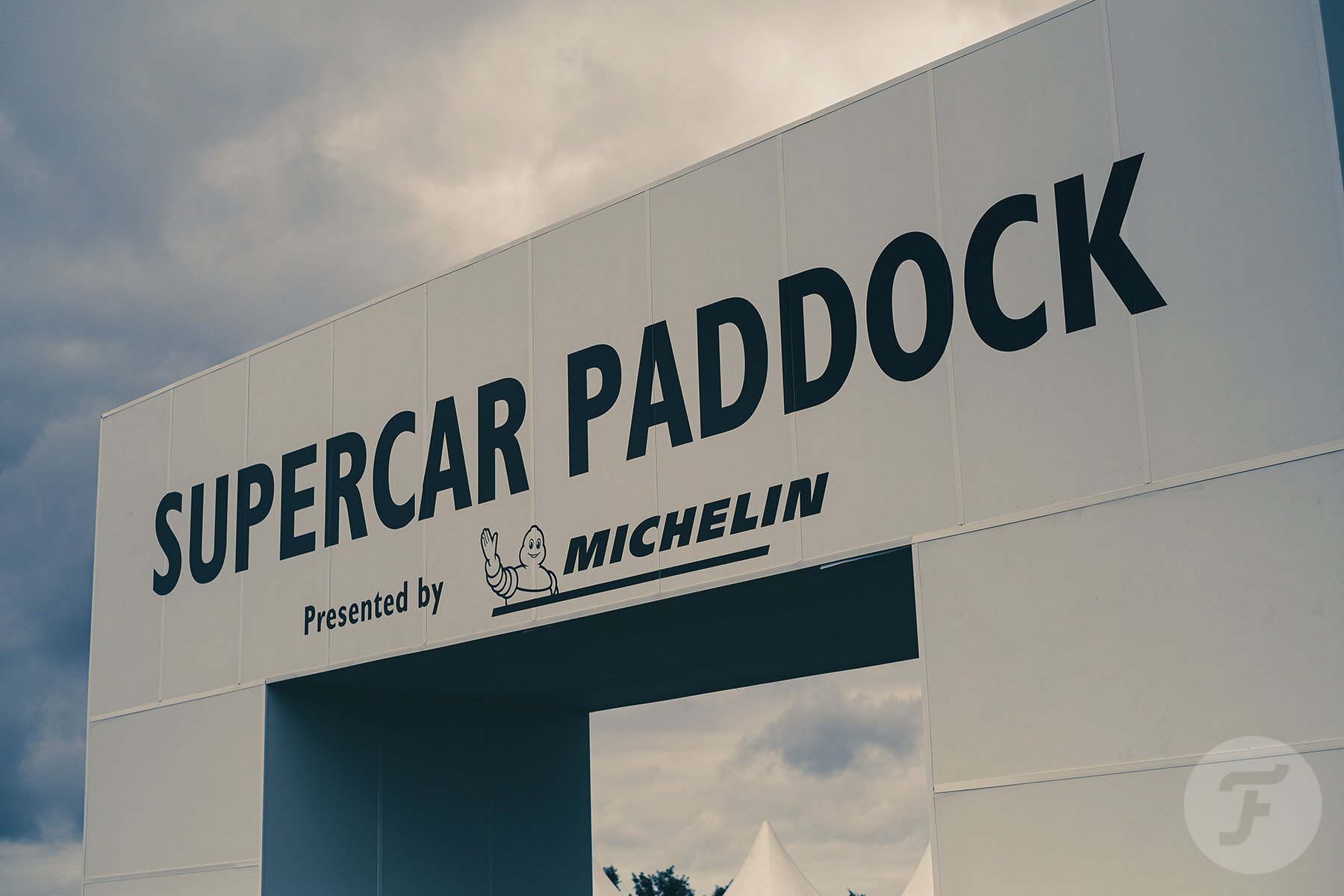