The Pierre Arpels Watch: Luxury Has A Name

What we’re having today at the Fratello Head Quarters, is a real mens dress watch. A type of watch that is not often discussed here, but since this watch  is such a prime example of what a dress watch should be, an exception has been made. 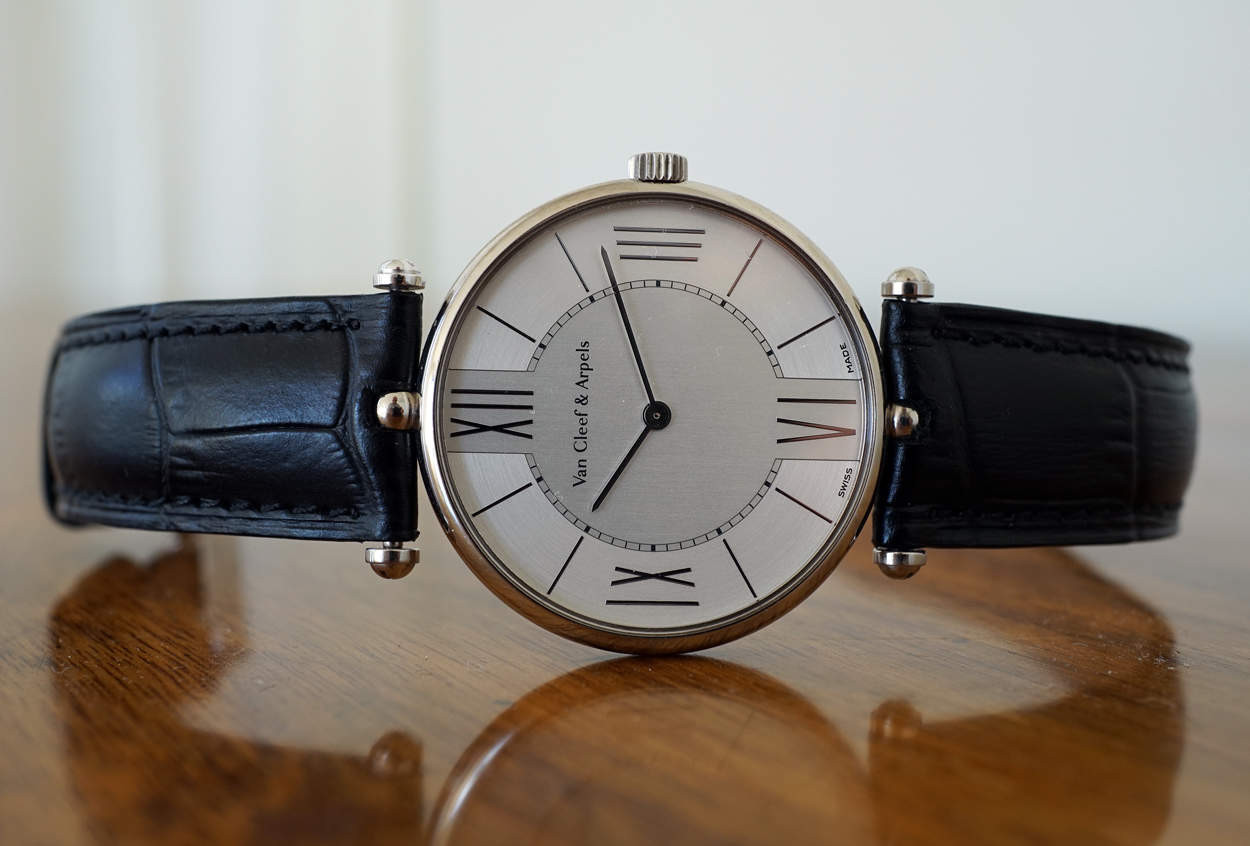 Nowadays any watch, that’s not a 47mm diver, is often called a dress watch. Even well known watch blogs, dare to call a Rolex Datejust or Panerai Radiomir a dress watch and while many guys wear those watches with cuffed shirts and to wedding parties, it’s a fact that many occasions require a different and more discreet type of watch, or no watch at all.

Van Cleef & Arpels, well-known for their exclusive collection of jewelry and ladies watches, also has a great looking mens watch in their collection and not since the last Geneva watch show (SIHH), no the watch we will be discussing now, is actually in the collection for more than 65 years and it is called the ‘Pierre Arpels’ watch. 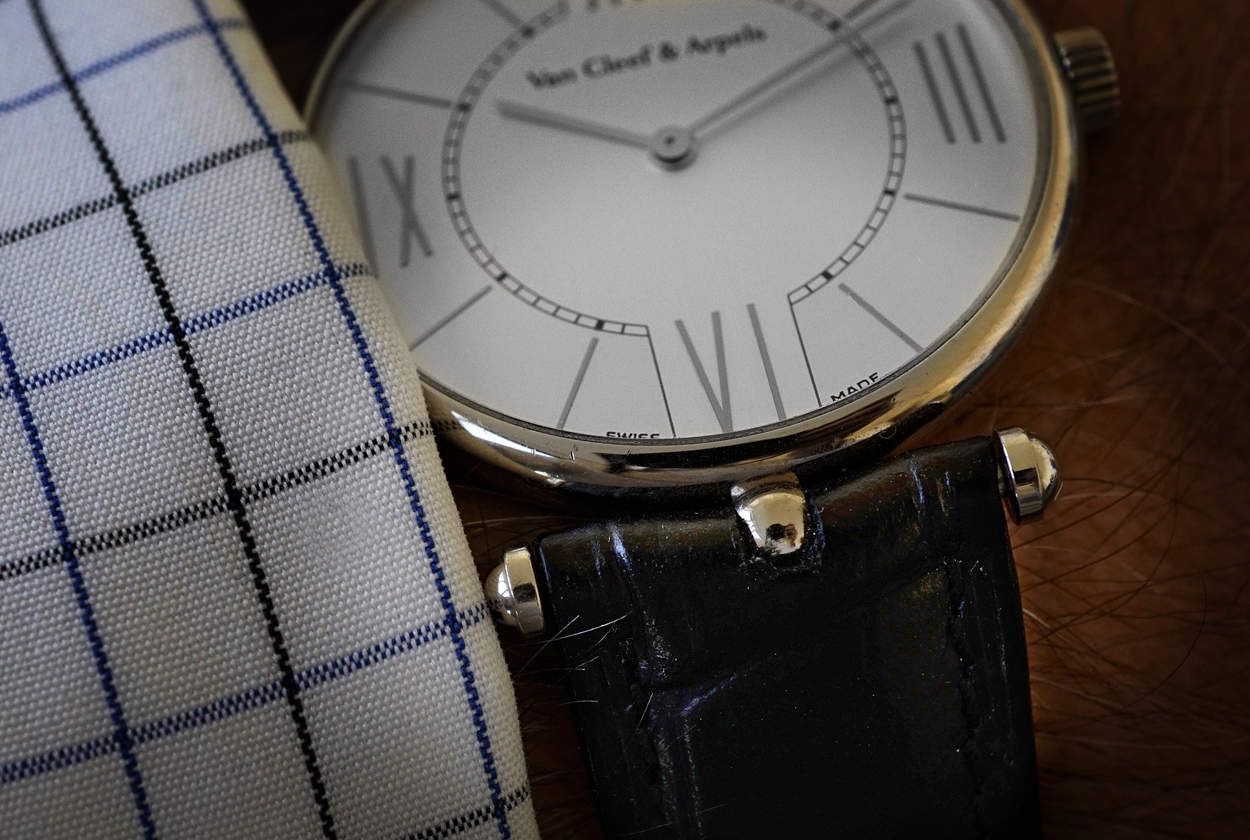 It is the lugs of the Pierre Arpels model that sets this watch apart from others and what makes this timepiece look so different and elegant. The strap is just connected to a bar that is attached to the case in the middle. Quite a unique construction! This way of attaching the strap to the case, was however designed and patented by Louis Cartier in 1934. Cartier did not make much use of the sketches and it even took until 1973, when the brand presented the design, as a flat round watch, that was called the ‘Louis Cartier Vendome’. 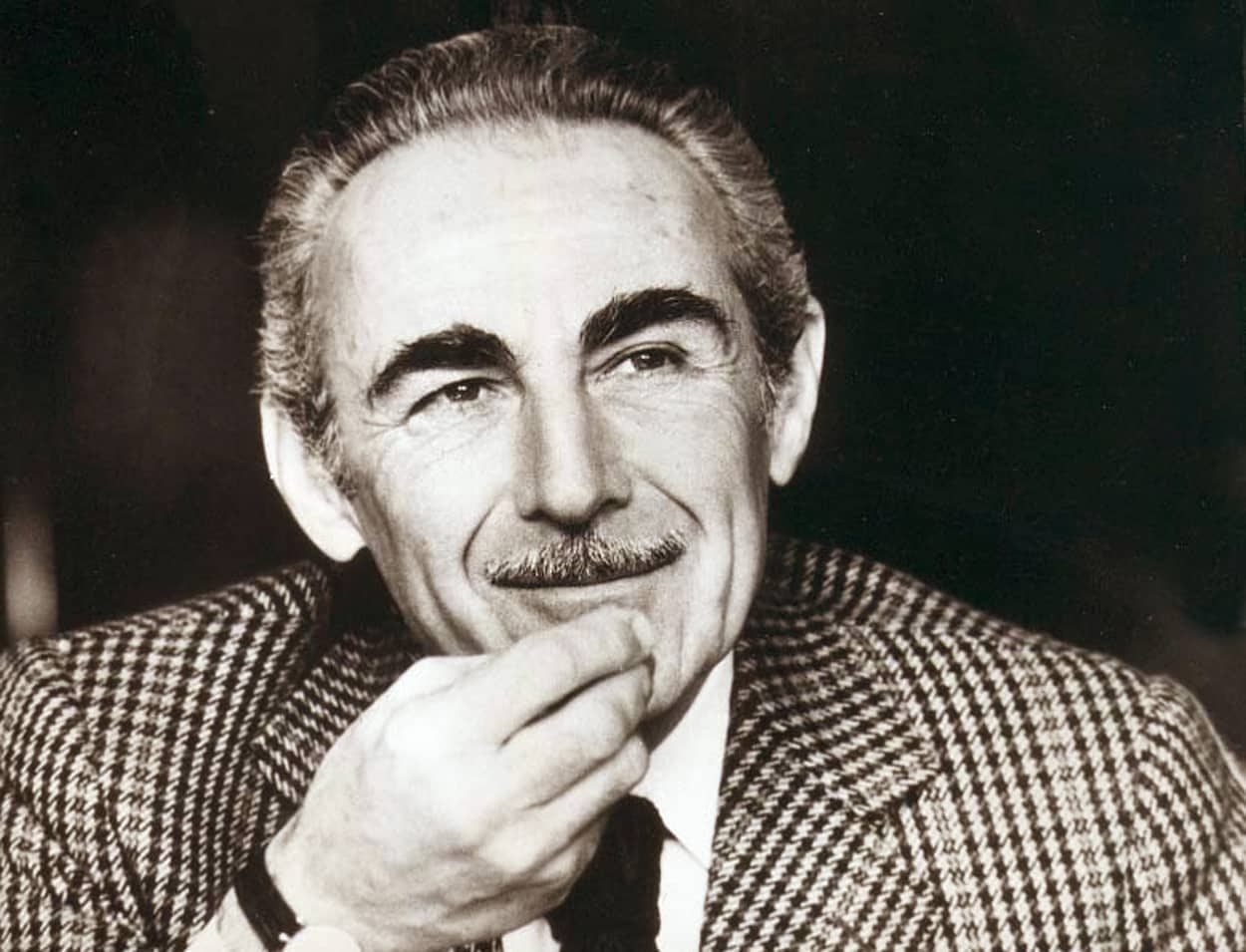 The patent was only for 15 years and expired in 1949, for Pierre Arpels, who was 30 years old at that time, the moment, to grab the possibility to use this special strap construction for a watch that he created in the first place for himself and later made available for some of his friends. After a couple of years it was also released to the general public as ‘The Pierre Arpels Watch‘. Over the years there have been various models, with quartz and with mechanical movements, all housed in for todays standard, small cases like 32mm and 34mm in diameter. The version that we have for this article is a mechanical ‘Pierre Arpels’ watch, from 2000, in white gold with a case size of 36mm. Pictured here with the ‘Studs & Bars’ cufflinks from the same period, a model that Cartier and Van Cleef & Arpels both used to have in their collection. While the design of the studs was different, the bars that both brands offered in crystal, coral, steel, gold, onyx, carnelian and other semi precious gemstones, were even exchangeable. 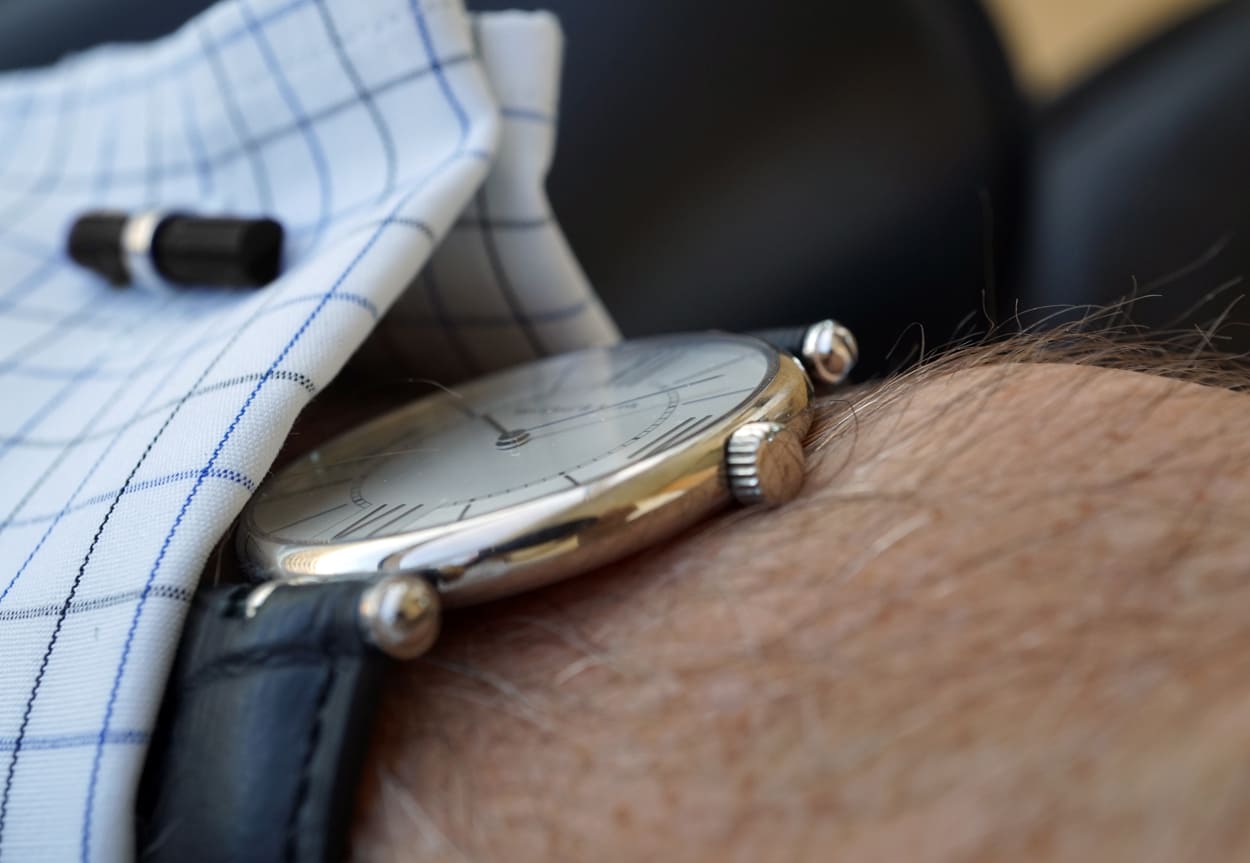 The slim case of the Pierre Arpels watch

That may sound small, but on my 19cm wrist, it gives a much larger impression. This is one of those watches that wears larger than it is. The caliber used, is a hand wound 049 movement, by Jaeger-LeCoultre, invisible behind the closed back of the round case and the 18K crown is a classic and pretty much straight forward design. 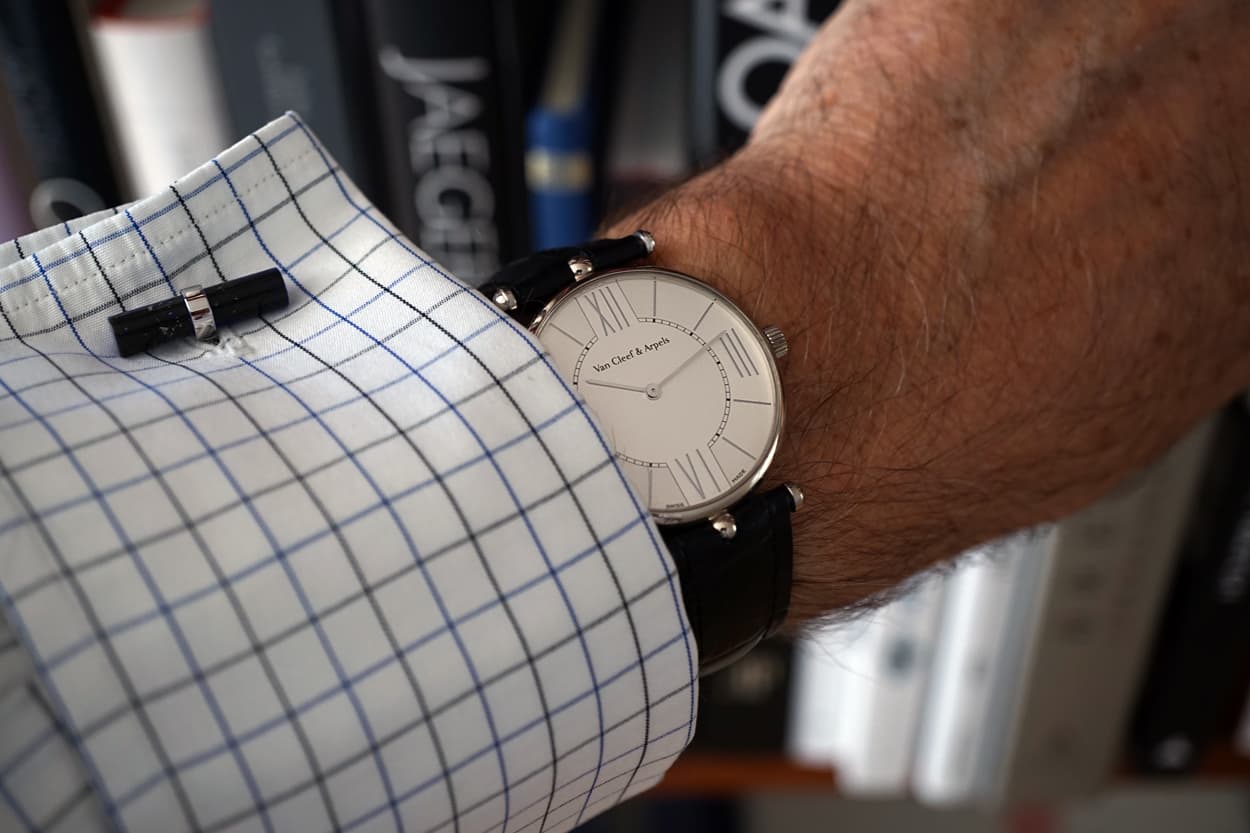 Since everything needs to be bigger these days, Van Cleef & Arpels also moved on and retired this good looking 36mm version. In 2012, the Pierre Arpels I have on my wrist, was replaced by two stunning new designs, in 38 and in 42mm, made in platinum and in white- or pink gold.

The platinum version has a black dial and a black alligator strap and is also available with diamonds, the gold versions still have a white lacquered dial, but the center of the new models, now have a honeycomb kinda pattern. 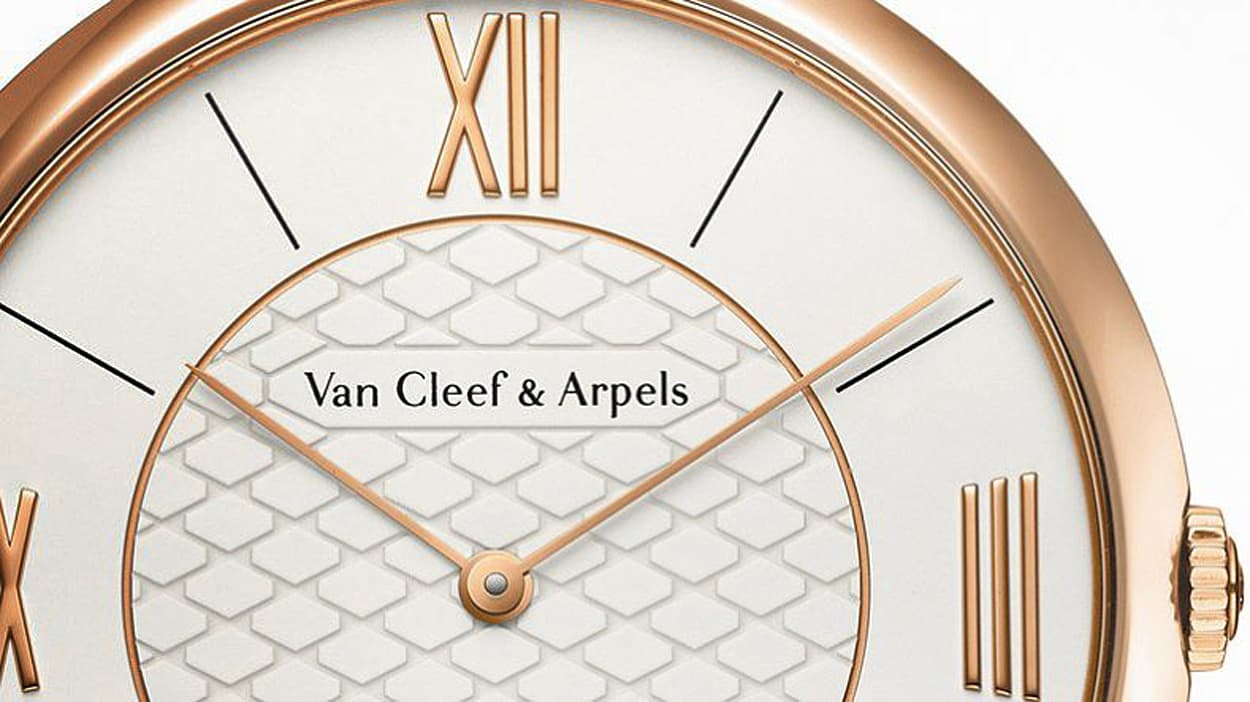 According to Van Cleef & Arpels, the pattern is inspired by a black tie, shirt front. Also different from the previous model are the applied numerals in gold and black hour markers and the diamond of  1 stone, 0.04 carat that is set in the crown, to make the watch even more precious. It is not too obvious and very tastefully done. That is not all, for the gold models, there is more to choose from. 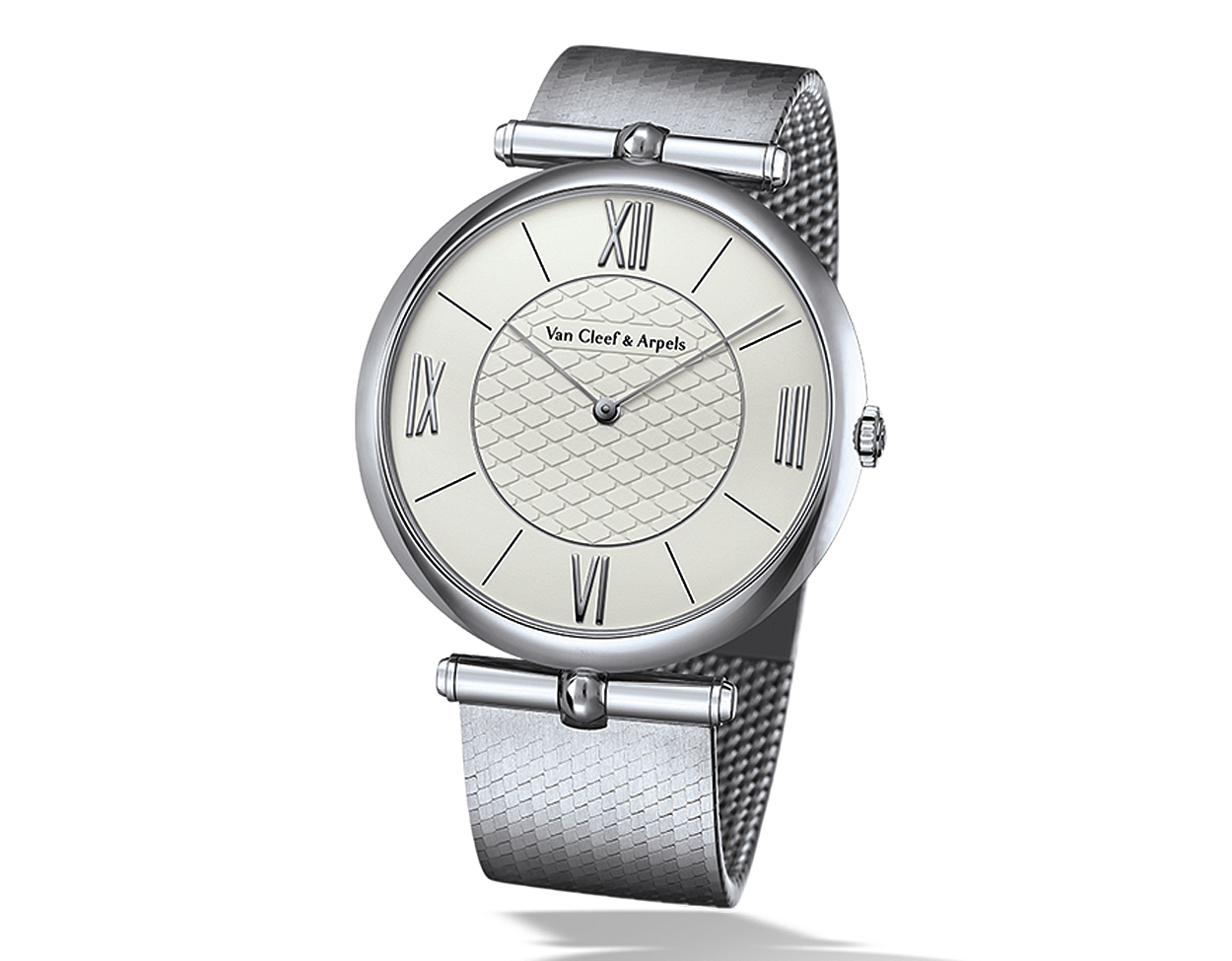 Both versions, the 38 and 42mm are also available with a very supple, elegant and slick looking mesh bracelet in white- or pink gold. The surface of the bracelet gives the impression of the skin of a snake and the pattern matches the center part of the dial. While I normally would not pick a watch with bracelet as a dress watch, I see the new mesh bracelet as an exception. The bracelet is so stylish and elegant and makes a perfect match, with the extra ordinary design of the ‘Pierre Arpels’ watch that is now powered with the Piaget 830 P mechanical movement. 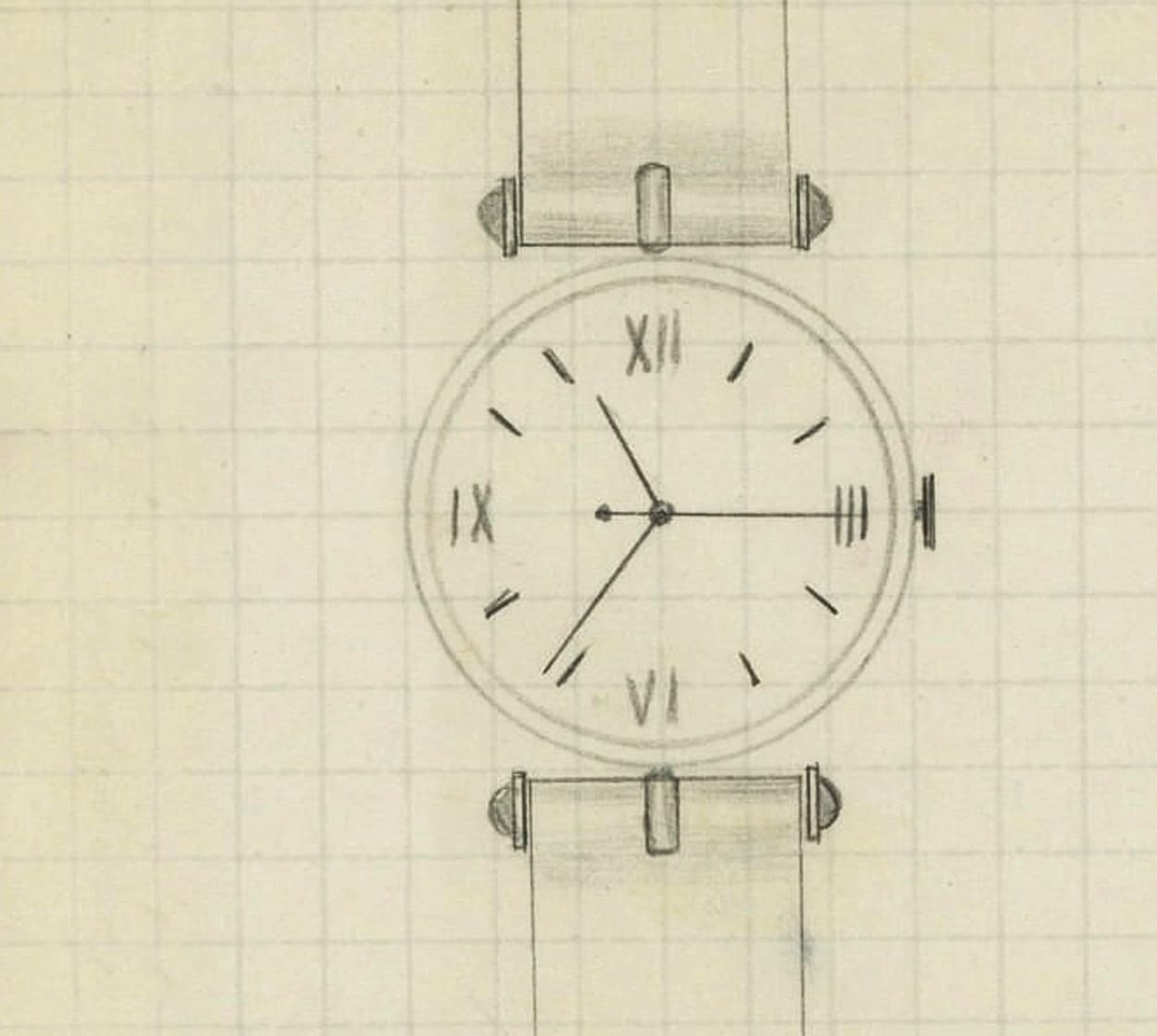 The First Sketch of the Pierre Arpels watch

The new Pierre Arpels watch is part of the Van Cleef & Arpels  watchmaking heritage and the lines of this legend, be it the 38 or 42mm version,  have not lost a bit, from the very first original sketches made in early 1949. To me this is one of the very few watches that still ticks all boxes, to qualify for the ultimate dress watch. 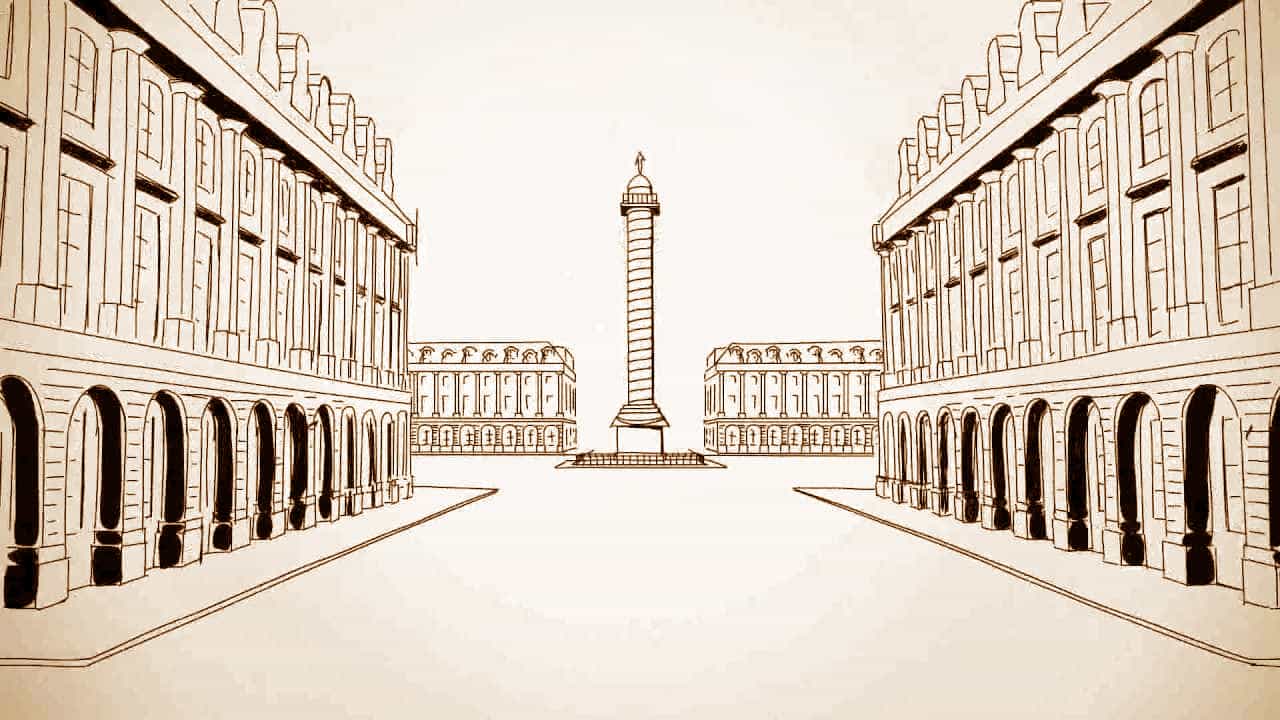 Luxury has a name and Van Cleef & Arpels will certainly keep it that way, so don’t expect to find a ‘Pierre Arpels‘ watch at airports or at one of your local watch shops. Van Cleef & Arpels watches are sold at their Flagship Store at Place Vendôme in Paris and of course worldwide, in their own Boutiques.

More information on Van Cleef & Arpels can be found here.