Pre-Owned Spotlight: Modern And Vintage Goodness From Omega And IWC

This week, I bumped into some pretty exciting watches when hunting for today’s Pre-Owned Spotlight. I have to admit that my colleague Mike pointed the Omega out to me. It’s a beautiful 1959 white-dial Ranchero, a collection that Omega introduced in 1958 based on the Railmaster, Seamaster 300, and Speedmaster that debuted a year earlier. The other two watches are from IWC. One is a modern 2000s Pilot’s Watch Double Chronograph (Doppelchrono), and the other is a Yacht-Club II from 1979.

The IWC Pilot’s Watch Double Chronograph has been on my watchlist for a while. When I started collecting watches in the late 1990s/early 2000s, this piece was highly sought-after. Back then, I only knew it as the IWC Doppelchrono. The whole “Pilot’s Watch Double Chronograph” naming only came later. This particular reference (IW3713) was in production from the mid-1990s till the mid-2000s. An interesting thing to note is that Richard Habring (of Habring²) designed the movement for this watch. It is based on the ETA/Valjoux 7750 but features an additional rattrapante (split-seconds) complication. The Yacht-Club II “Jumbo” is something completely different, of course, and clearly from a time when integrated bracelets on luxury sports watches in steel (and gold) were a thing. 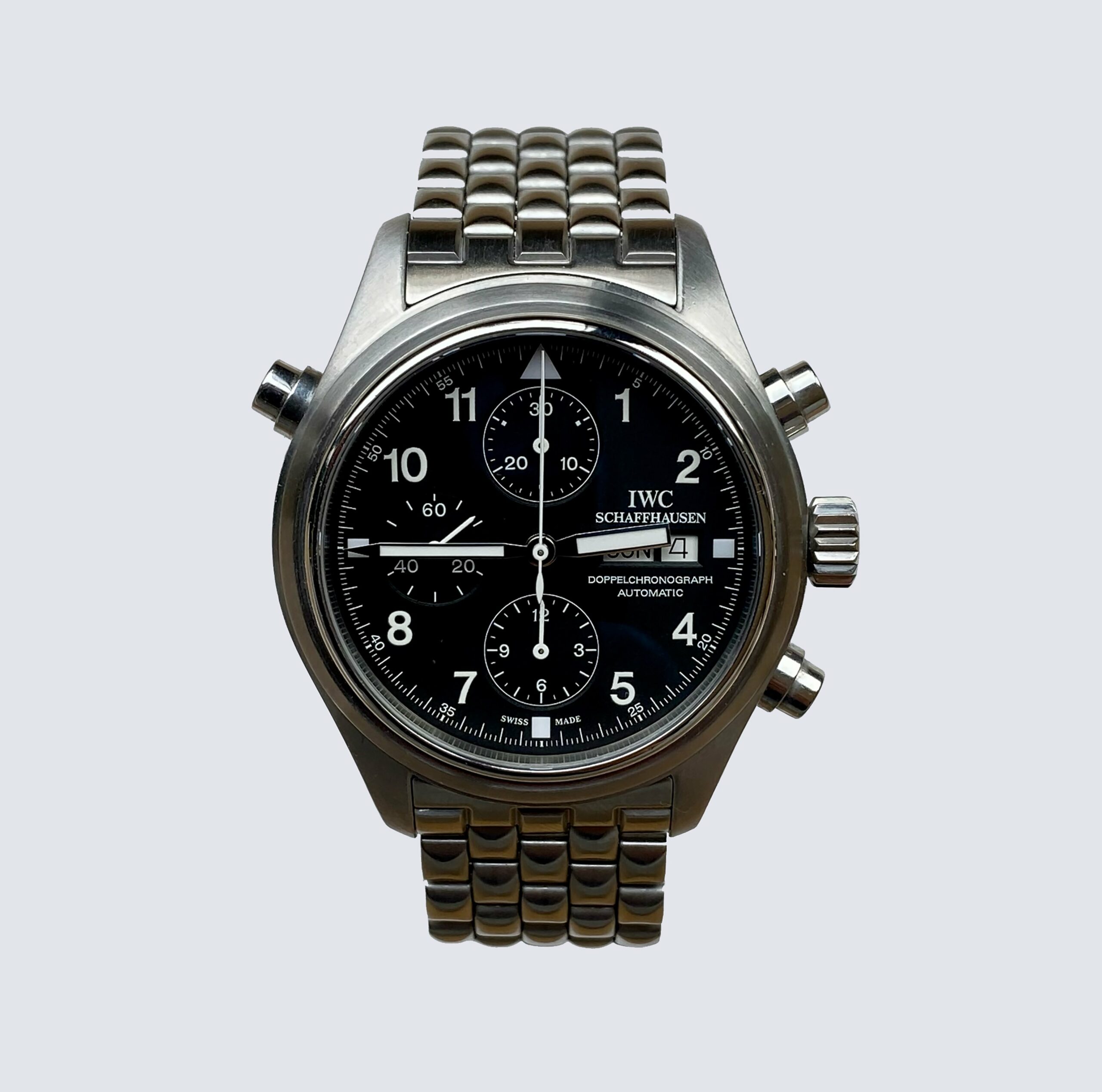 This Doppelchrono, or Pilot’s Watch Double Chronograph (I can’t get used to this full name), dates back to the mid-2000s. It is being offered by Tom Bolt (Watch Guru) in the United Kingdom. As written in the introduction, it has a rattrapante chronograph movement (79230) with the additional pusher located at 10 o’clock. What I genuinely like about this Doppelchrono is the stainless steel bracelet. It’s one of the most comfortable bracelets I’ve tried, and it just looks amazing on the IWC Pilot’s watches. 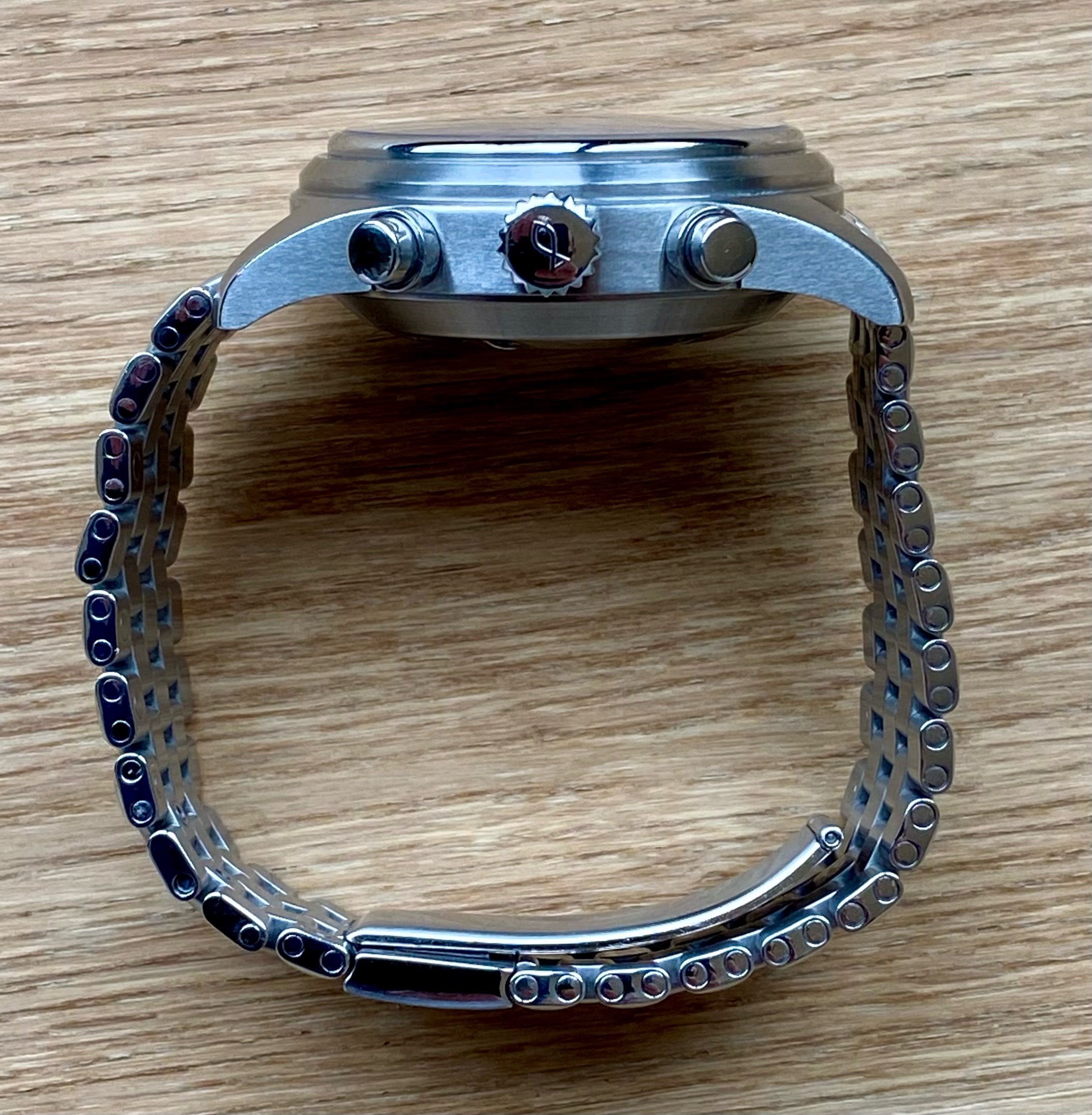 The IWC Doppelchrono has a diameter of 42mm and, as you can see in the picture above, quite an impressive thickness (16.2mm). It has a water-resistance rating of 60 meters, but definitely get the seals checked before you use a pre-owned watch in the water. Any watchmaker can see if it’s still water-resistant, and if needed, can replace the seals with fresh ones. The price of this IWC Doppelchrono is £5,375, and to be frank, that’s not a lot of money for what you’ll be getting. The interest in these watches has softened a bit over the years, but it might be a hidden gem. You can find the offer for this IWC here. 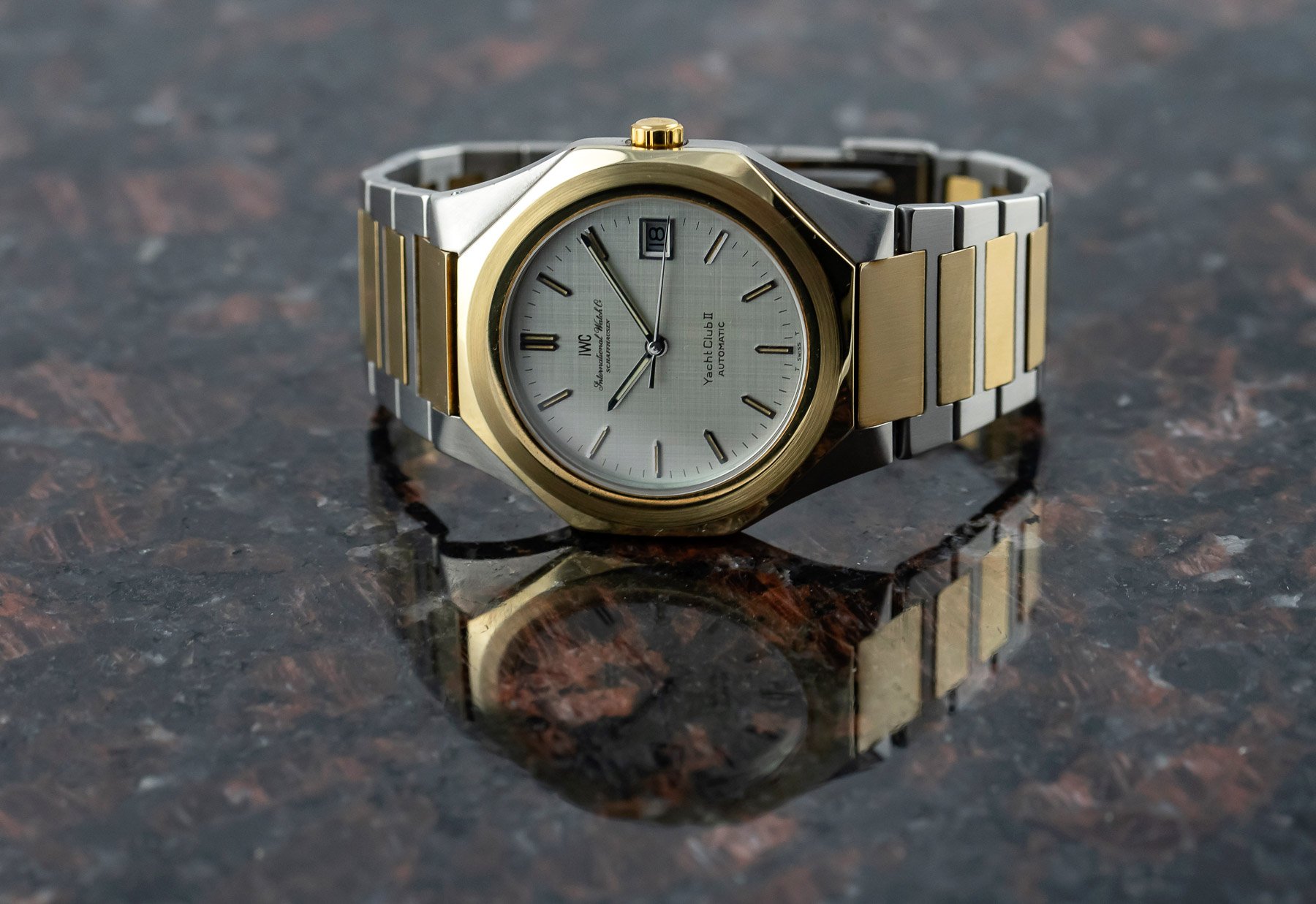 In complete contrast to the IWC model above, here is the Yacht-Club II Jumbo ref. 3212. The “Jumbo” designation is relative, of course, but at the time, a diameter of 39mm for an elegant luxury sports watch was considered big, even huge. The watch seems to be loosely based on the Ingenieur SL 1832, which was introduced in 1976 and designed by Gérald Genta. Whereas the first Yacht-Club had a C-shaped case, the Yacht-Club II went in another direction with this design, which was also a Gérald Genta creation. I would love to be able to say that this Yacht-Club II is an overlooked model, but it isn’t. Prices have gone up quite a bit in recent years. This particular example is on offer now through a dealer in Germany for €14,500. 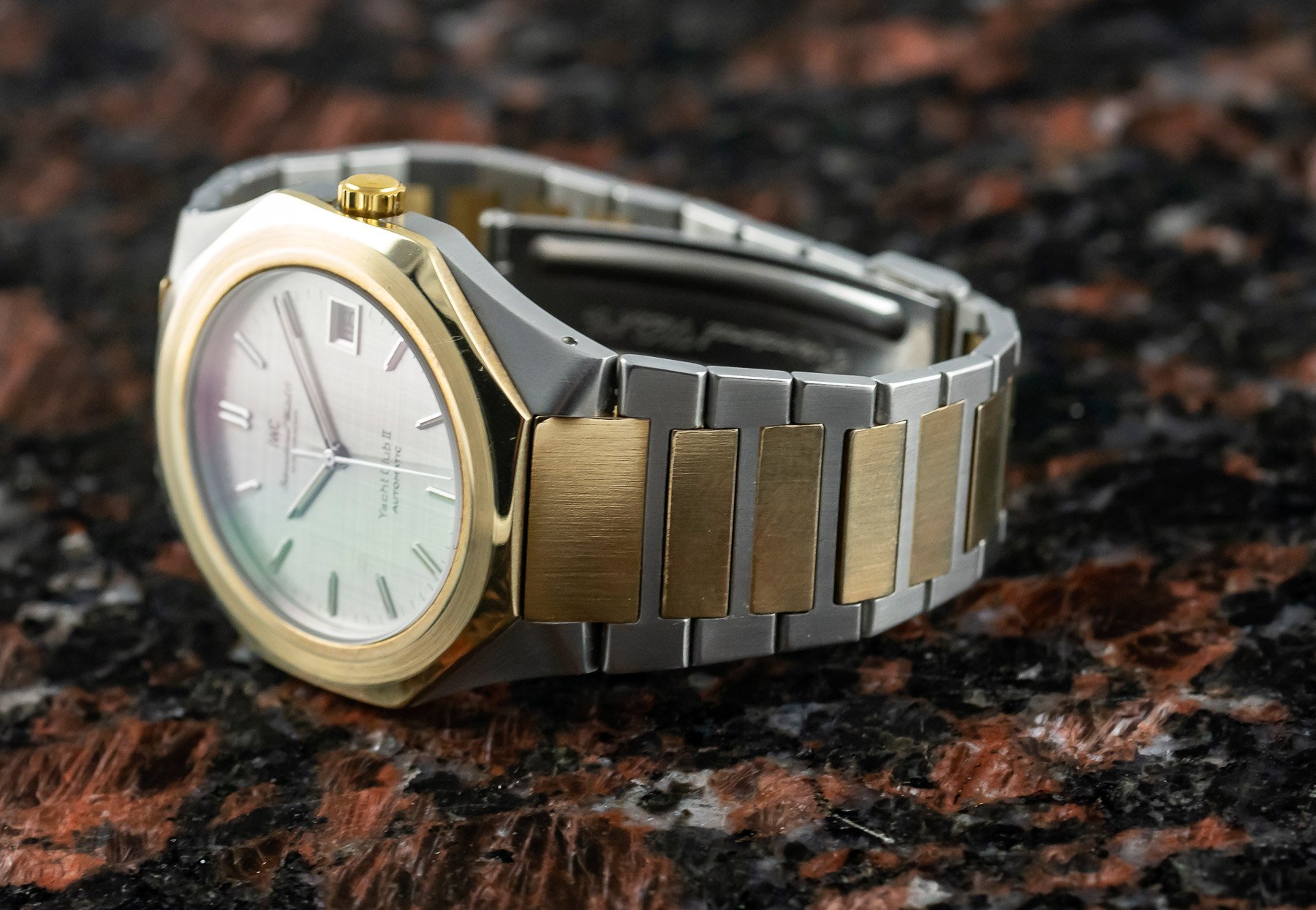 As you can see, the Yacht-Club II Jumbo that I found combines gold and steel, allowing it to play incredibly well with the light. What is interesting, though, is that IWC used 14K gold instead of the 18K gold that we usually see. Inside this Yacht-Club II is the IWC automatic caliber 3254.  According to the German seller, the watch was originally delivered to Frankfurt back in February 1979. The condition seems to be very good, and it features a bracelet with no stretch and two additional links. Furthermore, the watch comes with an extract from the IWC archives. This Yacht-Club II is a cool alternative to some of the other unobtainable Genta luxury sports watches. You can find the offer here. 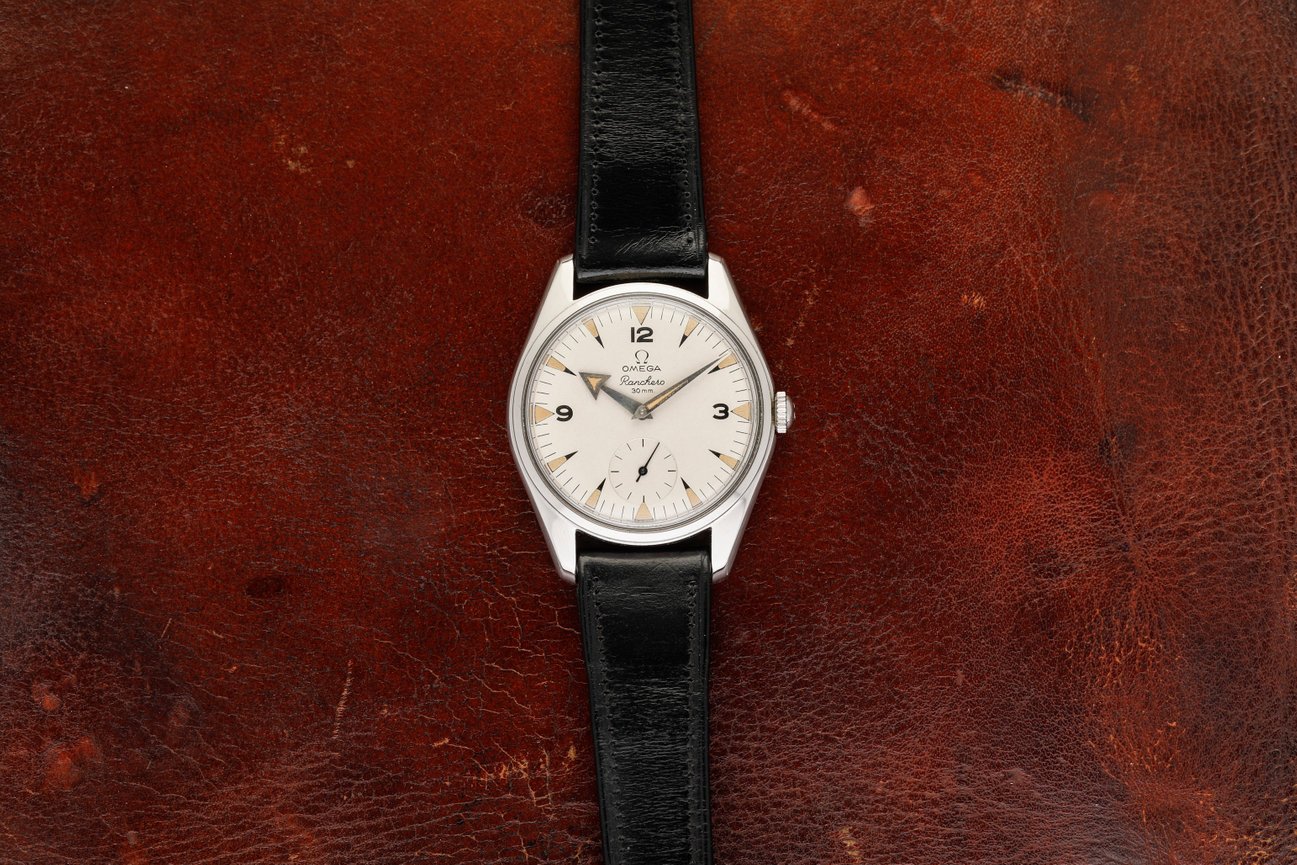 As I wrote in the introduction of this article, Omega’s Ranchero was an additional model introduced to the brand’s lineup in 1958. One year earlier, Omega had introduced the famous trio of Speedmaster, Seamaster 300, and Railmaster. The Ranchero appears to be very similar to the Railmaster, but it also has elements from the other two watches. It has a big Broad Arrow hour hand and matching triangular indexes. The numerals at 12, 3, and 9 o’clock are a bit Explorer-ish, but they make it a wild combination of arrow-shaped hour markers and Arabic numerals. What makes this watch stand out, in my opinion, is the dial color. It looks very fresh, and it’s so different from Omega’s other “Professional” watches. This Ranchero is also a very wearable watch with a 36mm case in stainless steel. 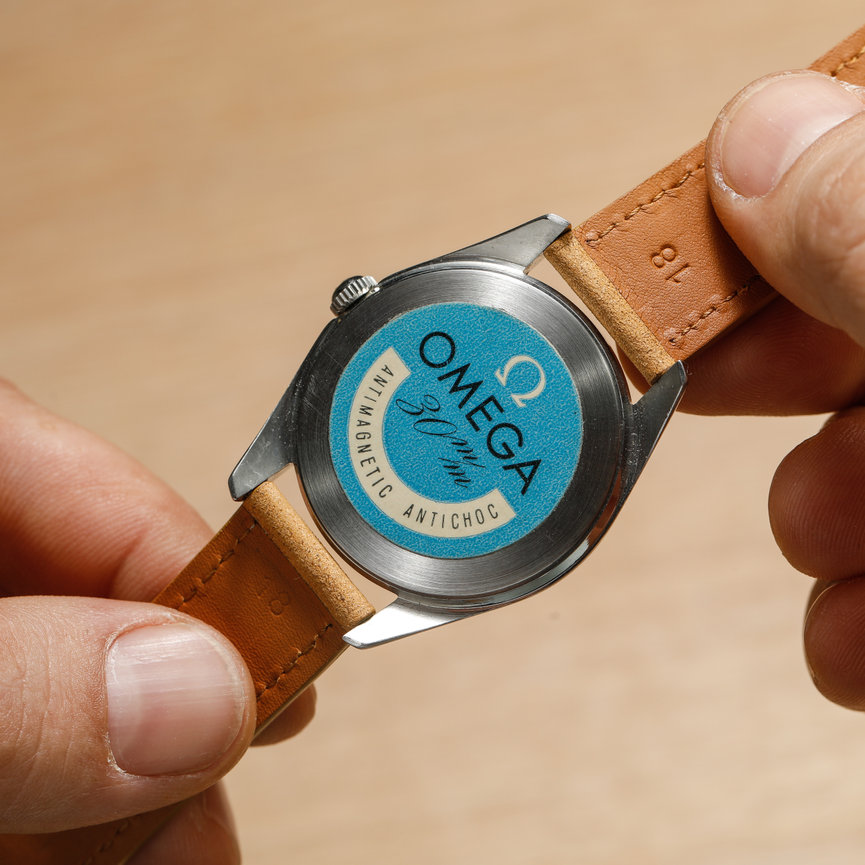 Inside is Omega’s 30mm caliber 267. It’s a hand-wound movement in Omega’s typical copper-colored finish. As the cherry on the cake, the case back still has the original sticker from 1959, which I have never seen before. According to the seller, the Davidoff Brothers in Geneva, the watch is in New Old Stock condition, hence the sticker on the case back. Sure, that means this watch doesn’t come cheap, but given that it’s in NOS condition and pretty rare, the price of CHF 20,000 didn’t shock me. Click here for the offer on the Ranchero.

Admittedly, I didn’t pick the most affordable watches for this article, but the Doppelchrono is not half bad in my opinion. Which one of the three do you like most? And were you already familiar with the Ranchero and Yacht-Club II? Let us know in the comments.