The 1980s and 1990s Omega Constellation watches are from an era in which watch collecting almost didn’t exist. If someone did collect watches, it was incredibly niche, and these watches were never aimed at collectors. Rather, they were bought because customers just needed a nice, reliable watch. With the updates that came in the 2000s, these Constellations became thick and bulky. In a way, that’s a pity because, with the thinness of the cases and their integrated bracelets from the prior two decades, they would have been perfect in today’s watch world. 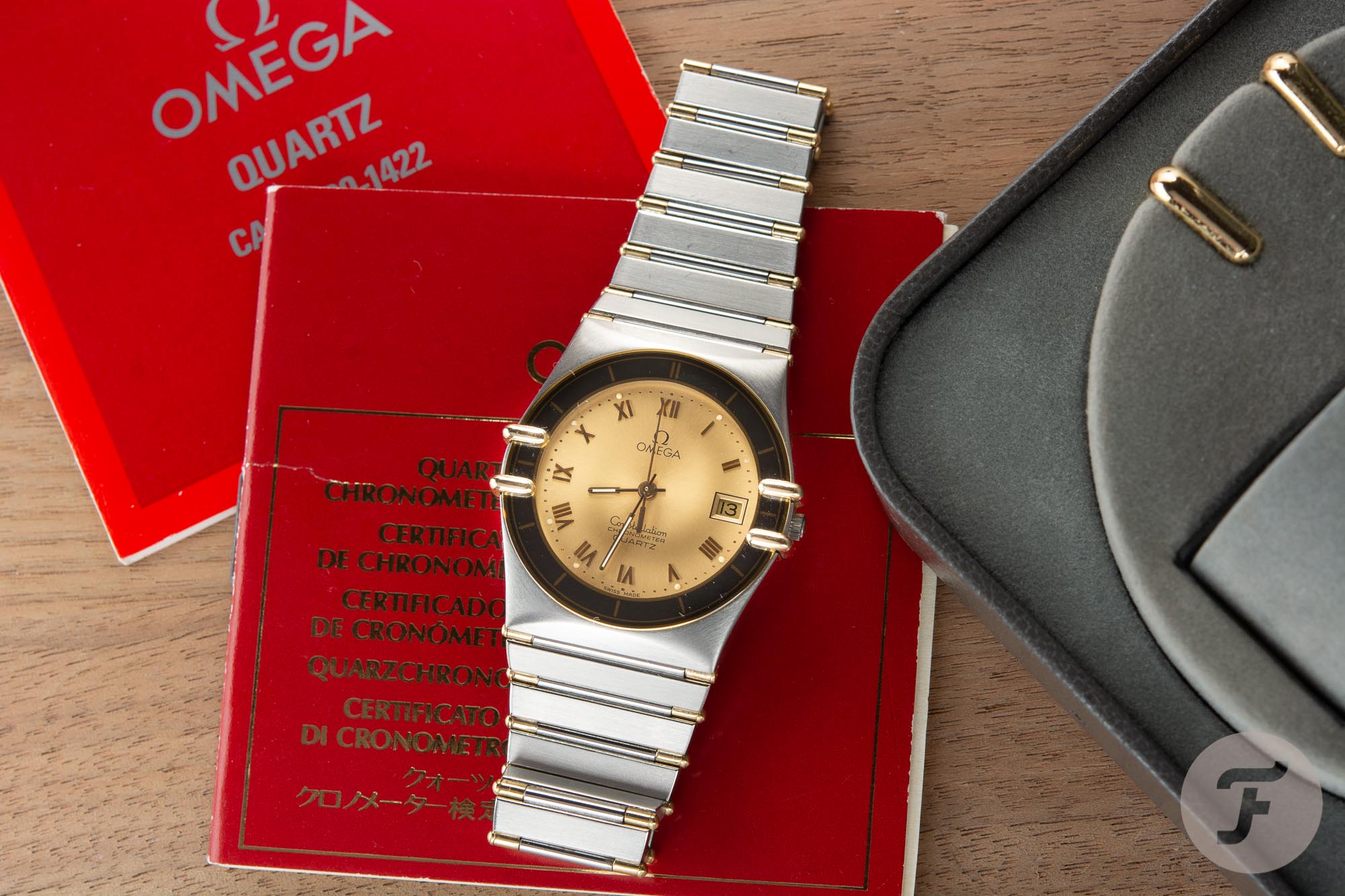 The good news is that the models from the 1980s and ’90s can be found for very attractive prices in the pre-owned market today. As I collect Constellation models, I have a few of these, and they’re fun to wear. While the Constellation ’95 series (yes, introduced in 1995) is a step up in quality compared to the models from the 1980s, they are all great wearers. They’re incredibly thin, usually have an integrated bracelet, and have reliable movements inside. You just need to be able to deal with the sizes. The automatic versions are 36mm in diameter, but the quartz-powered models are around 33mm. That sounds small, but the case shape makes them wear and appear larger on the wrist. However, given the craze for smaller watches these days, the size should be considered a plus. You can read more about the history of the Constellation “Manhattan” models here. 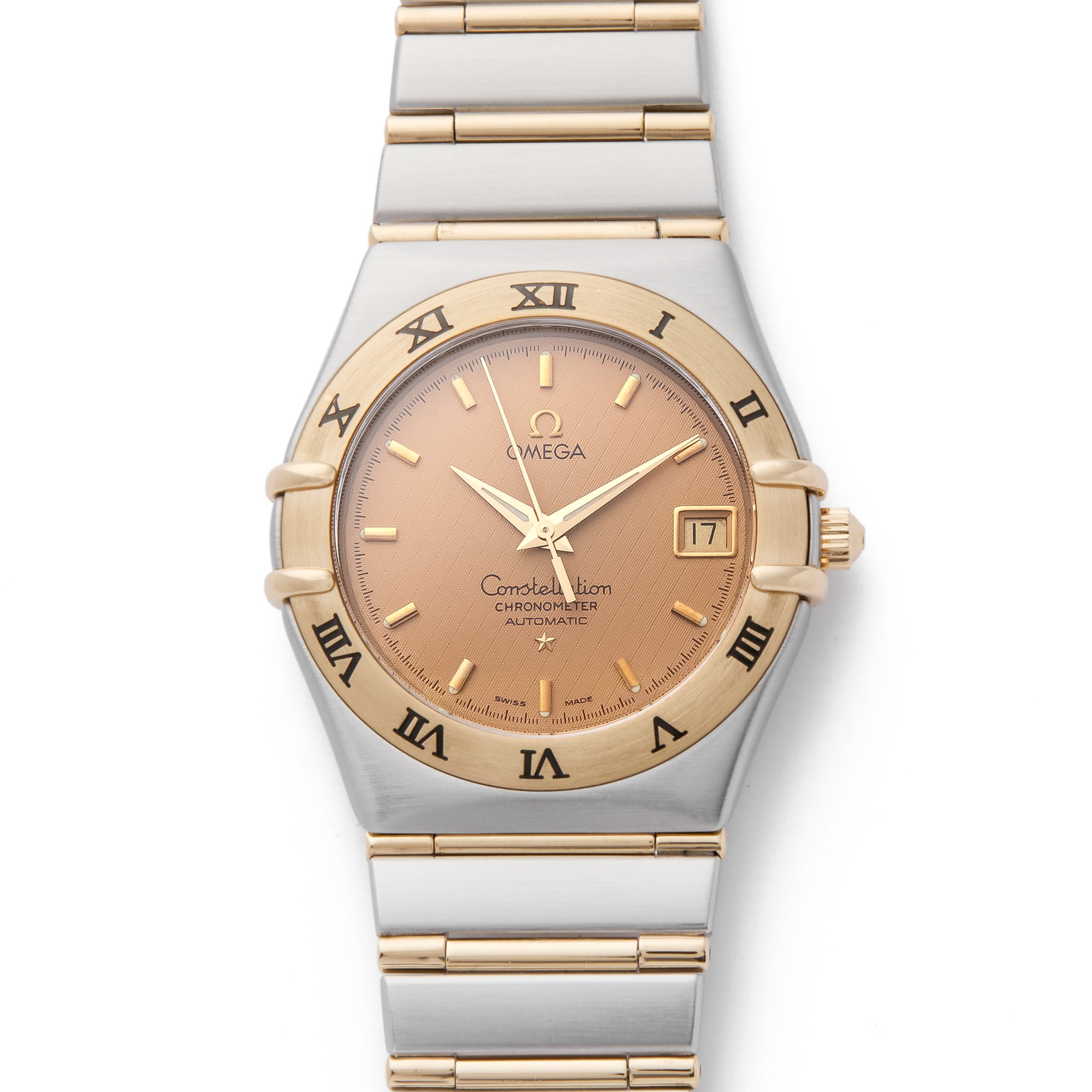 This version of the Omega Constellation in steel and 18K gold (ref. 1202.10) was my grail watch when I was young. Compared to the very first Manhattan model (the first picture in this article), the claws push down on the bezel instead of the sapphire crystal. Also, the Roman numerals are on the bezel instead of the dial. And speaking of the dial, the ones used in these Constellation ’95 models have a wonderful motif, adding some depth to them. It is also the first Constellation “Manhattan” variation with the dauphine hands. In the 1990s, Omega used ambassadors like Cindy Crawford, Ernie Els, and Pierce Brosnan to promote the Constellation ’95 series. 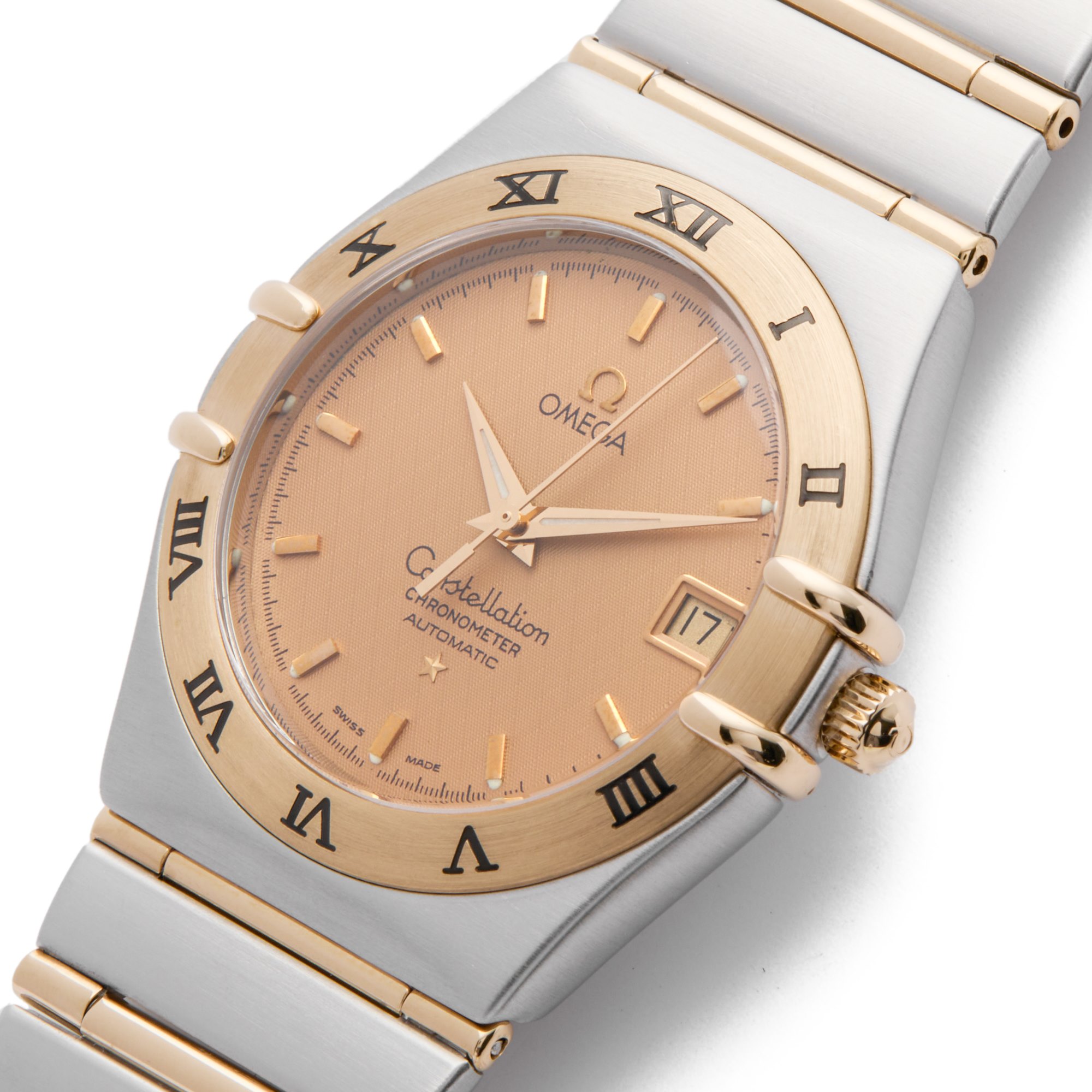 This one has a 36mm case, and it wears incredibly thin. Inside, you will find Omega’s caliber 1120. It’s a movement based on the ETA 2892-A2, which is bulletproof. The automatic versions are chronometer-certified like most Constellation models (even quartz ones) were at the time. But this watch is hardly about the movement inside. When Omega started to use its in-house-developed calibers for the Constellation in the 2000s, these watches became bulky. These thinner models basically wear like a bracelet.

A watch dealer in the UK is offering this Constellation 1202.10 for €2,550. You can find it here. This specific model was also available with a white dial and dials with diamond hour markers. 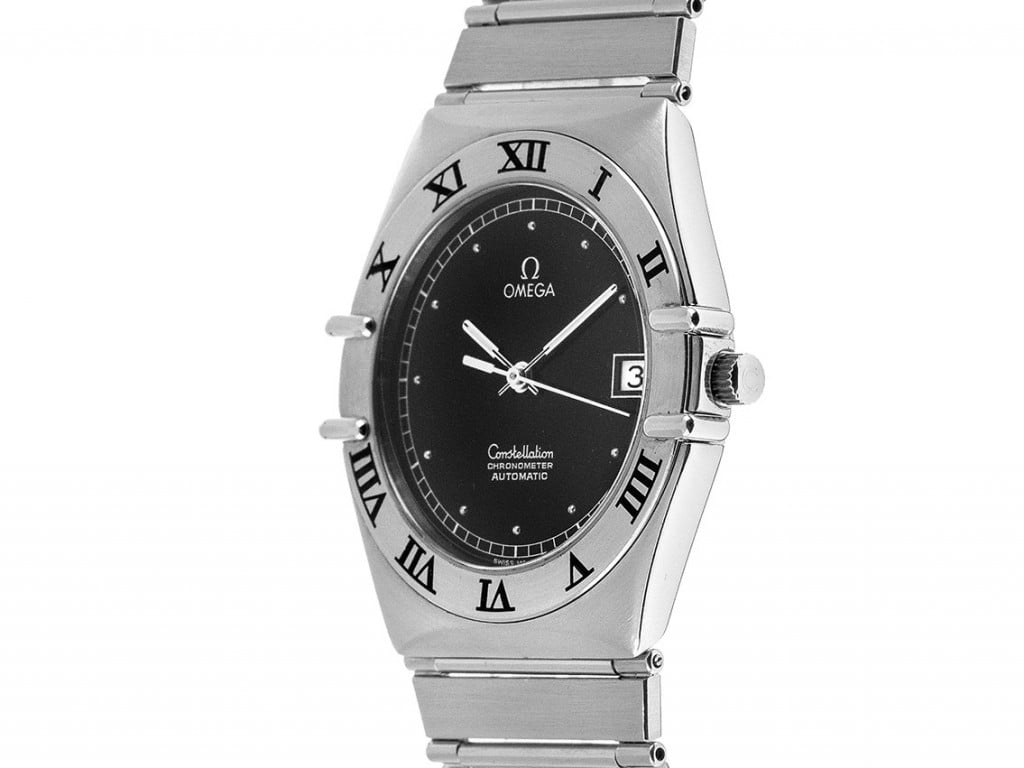 This “Manhattan” reference is actually also referred to as the second generation. It was a 1987 release in which Omega moved the Roman numerals from the dial to the bezel. The claws also lost their initial function of pressing onto the crystal to aid in water resistance. This model has Omega’s caliber 1111 inside, the predecessor of the 1120 (also based on the ETA 2892). Interestingly, this model has a sapphire case back, so you can look at the self-winding movement. It measures 36mm in diameter. 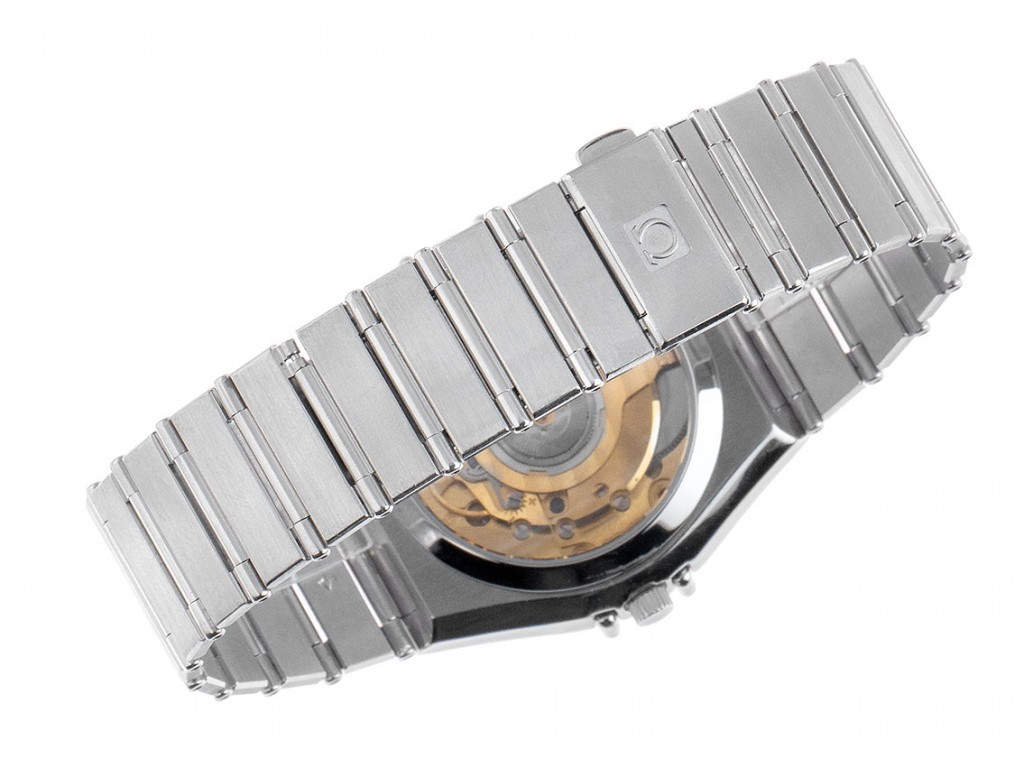 The bracelet on this watch is slightly different from the first-generation and later 1990s models. The small bars stick out a little bit, whereas the later models have a smoother design. This 1980s model is being offered by a dealer from Germany and priced at €2,090. You can find the offer here. 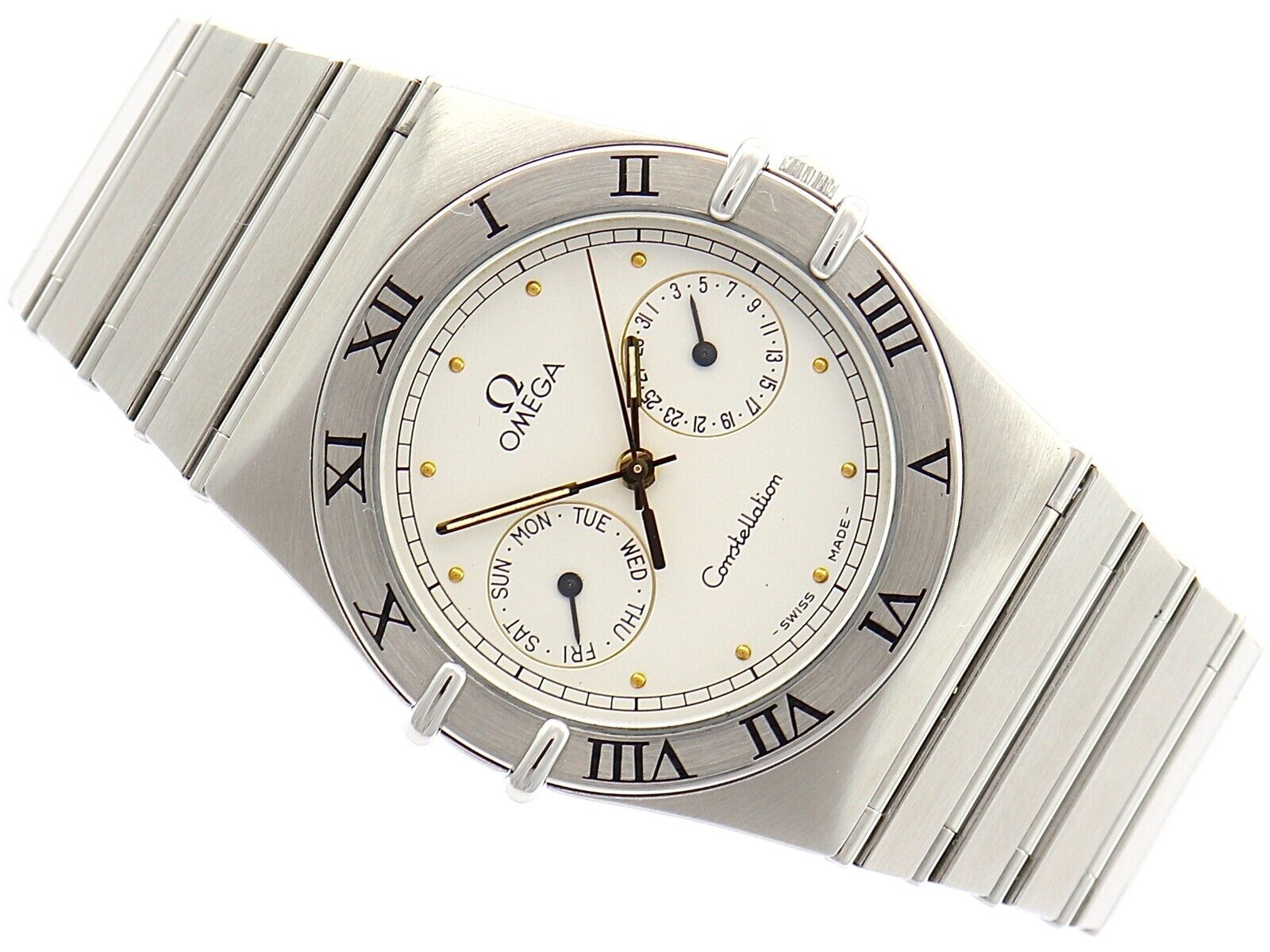 From the same era as the Constellation above is this quartz-powered Day-Date model, reference 398.0869. With a diameter of only 33mm, it’s smaller than the automatic models above, but it still wears fairly well on a larger wrist due to the shape of the case and the integrated bracelet. According to the seller, it’s only 6mm thick, but we can’t confirm that. It’s definitely a thin watch, though. The gold rims around the day and date sub-dials and hour markers bring some contrast to the white dial. 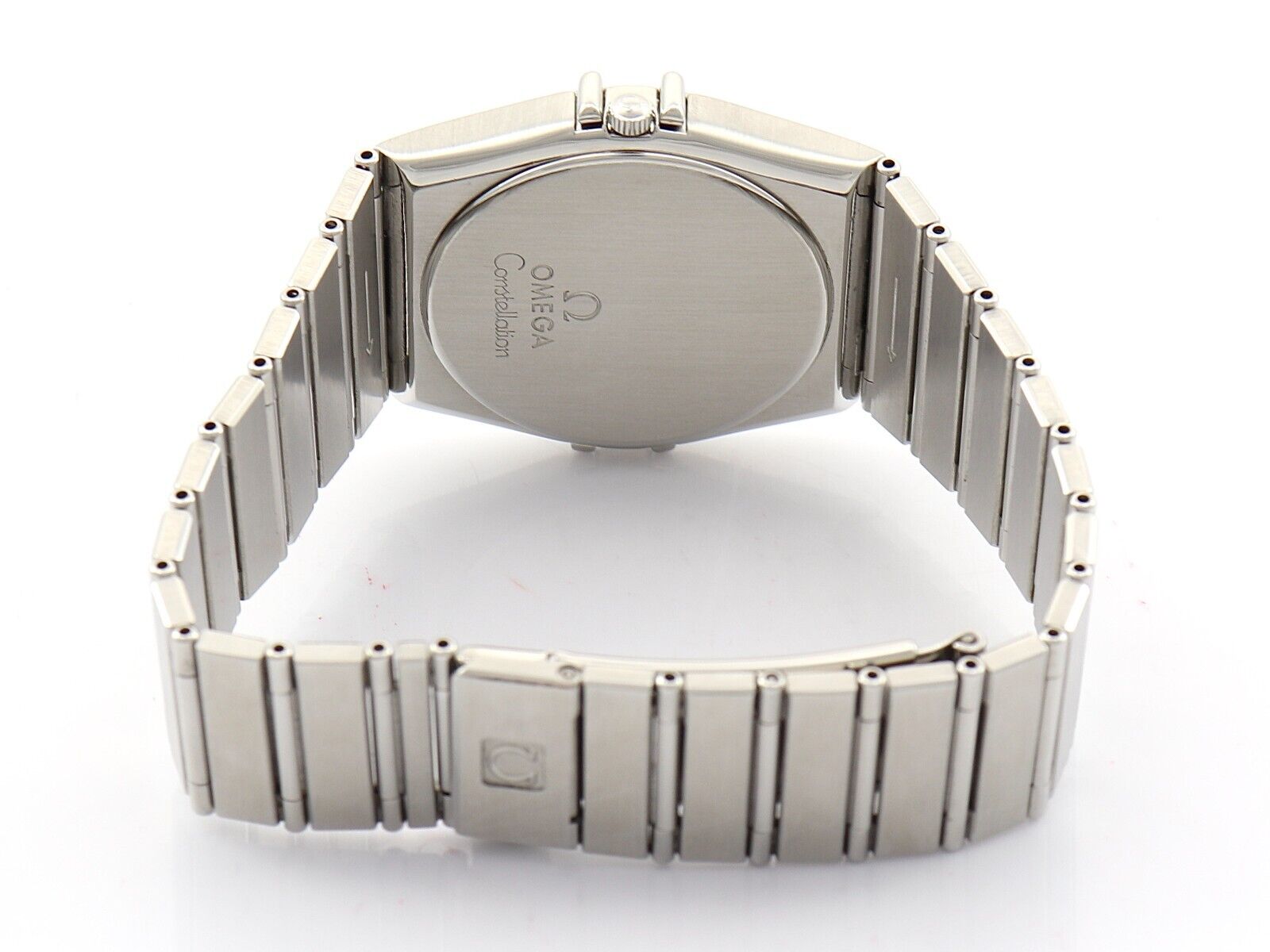 The bracelet is in the same style as the other second-generation models, and it has a folding clasp with a single-pushbutton release. As you can see above, it was possible to have half links to create a better fit on the wrist. This model was also briefly available (in the late 1980s and early 1990s) on a leather strap with a slightly different non-integrated case construction. This watch is on offer from a dealer in Poland with a price tag of €1,000. You can find the offer here.

There are many Omega Constellations from the 1980s and ’90s on the pre-owned market, and prices (can) start really low, especially when coming from private sellers. Just make sure that the bracelet is complete and works flawlessly. Many of the parts for the older (1980s) models are hard to get.

Let us know what you think of these Constellation models in the comments!