Official Press Release of Arnold & Son. All photos have been replaced with our photos from Baselworld 2014 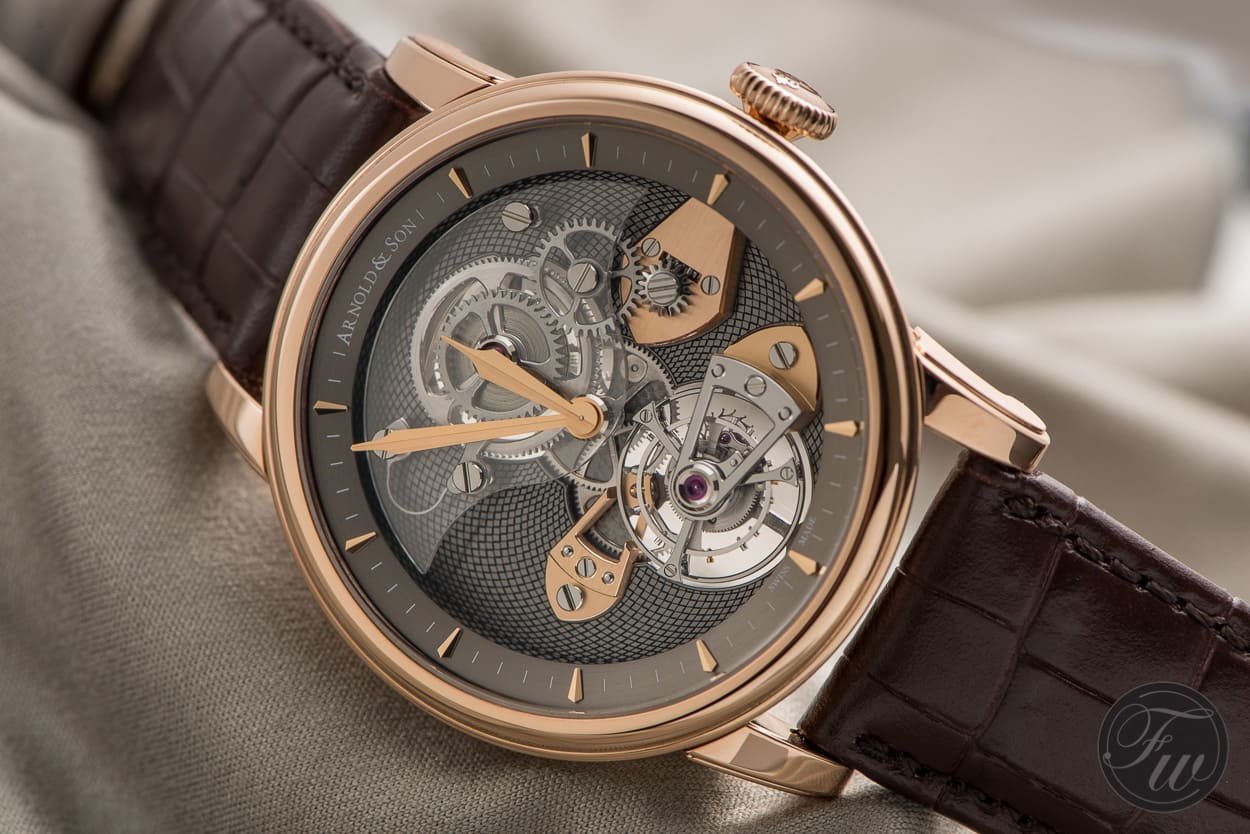 True to English watchmaking heritage, Arnold & Son unveils the TES Tourbillon, with the hand-finished A&S8100 calibre with sapphire barrel bridge. This defining timepiece is part of the Royal Collection which combines classic styling with leading-edge technology.

The tourbillon movement, one of the most elegant complications in the world of horology, has played a crucial role in Arnold & Son’s history. An exceptional watchmaker, John Arnold was an active participant in one of the most extraordinary partnerships in the world of innovative horology. Indeed, both he and A.-L. Breguet worked closely, sharing both their knowledge and passion. Evidence of their partnership is A.-L. Breguet’s first ever tourbillon mounted in John Arnold’s No. 11 movement, a watch that can be found today in London’s British Museum. 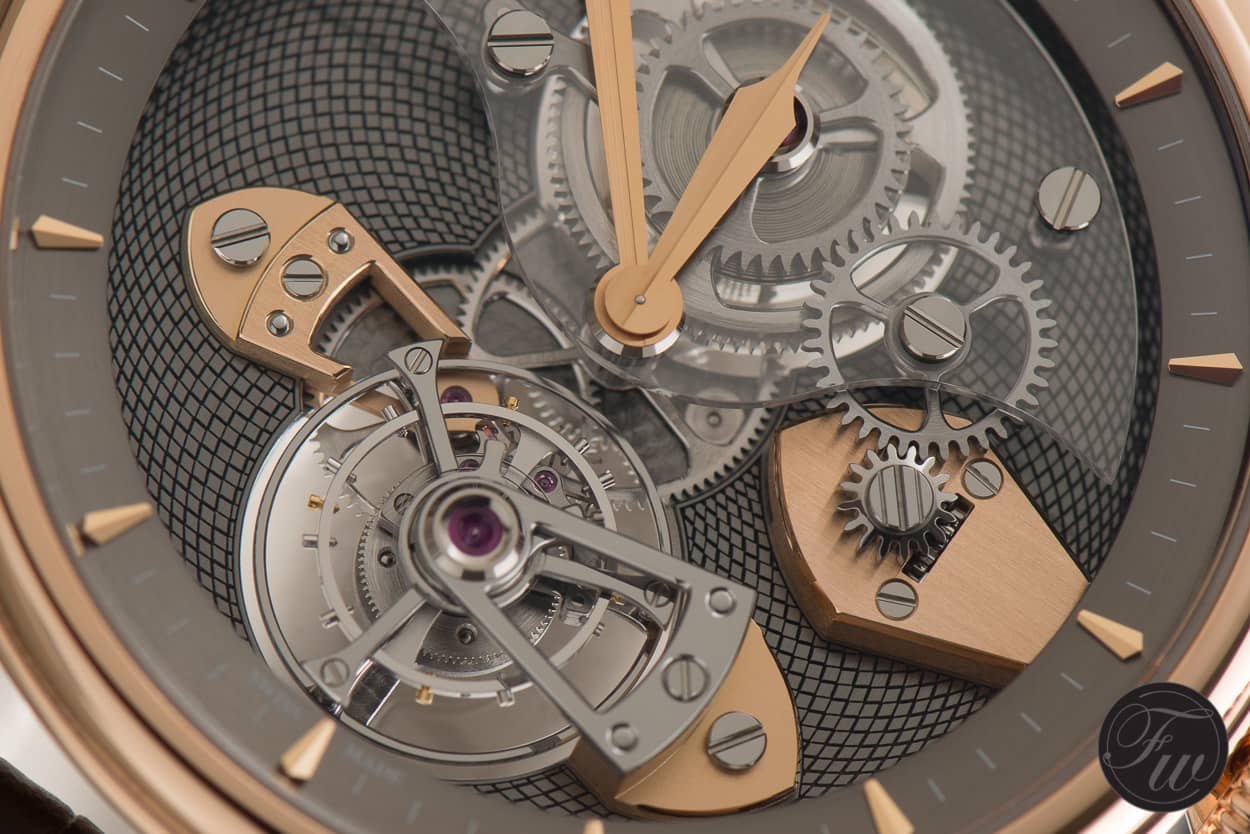 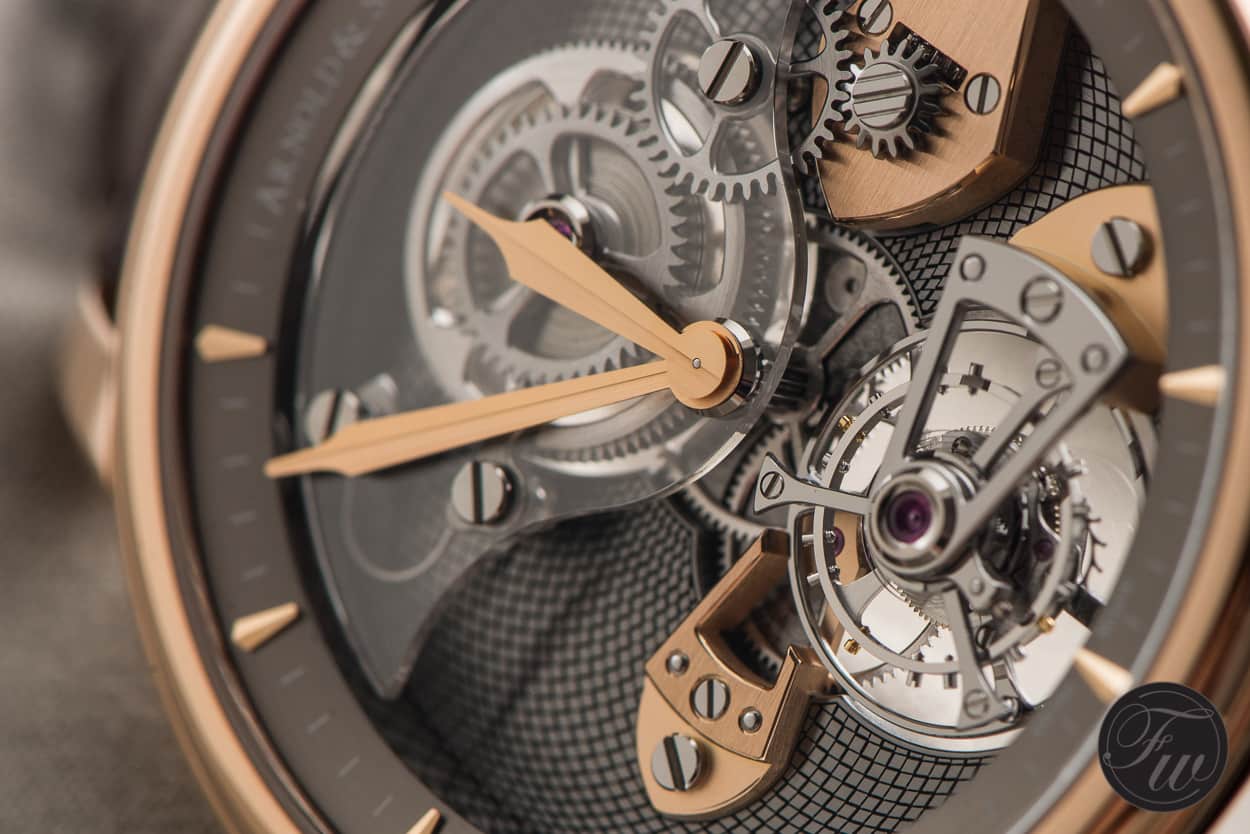 Aesthetically what sets Arnold & Son’s new TES Tourbillon apart is its modern take on the distinguished “English” movement design: the barrel bridge for instance has the traditional English  wave-form but is made out of sapphire to allow a maximum view on the openworked barrel and wheels. The tourbillon and motion-work bridges are classically triangular but are skeletonised. The combination of sapphire and open-worked bridges gives an incredible depth and three-dimensional effect to the watch and thus a modern look. The unique Arnold & Son design is also reflected by the three-spoke wheels. This same three-spoke design can also be found in the tourbillon cage and the openings in the main plate. The decoration of the main plate is a reminiscence of an old guillochépattern found on the cases of antique Arnold & Son pocket watches. The main plate is also skeletonised around the barrel and the tourbillon carriage allowing to look through the movement and therefore through the watch itself. 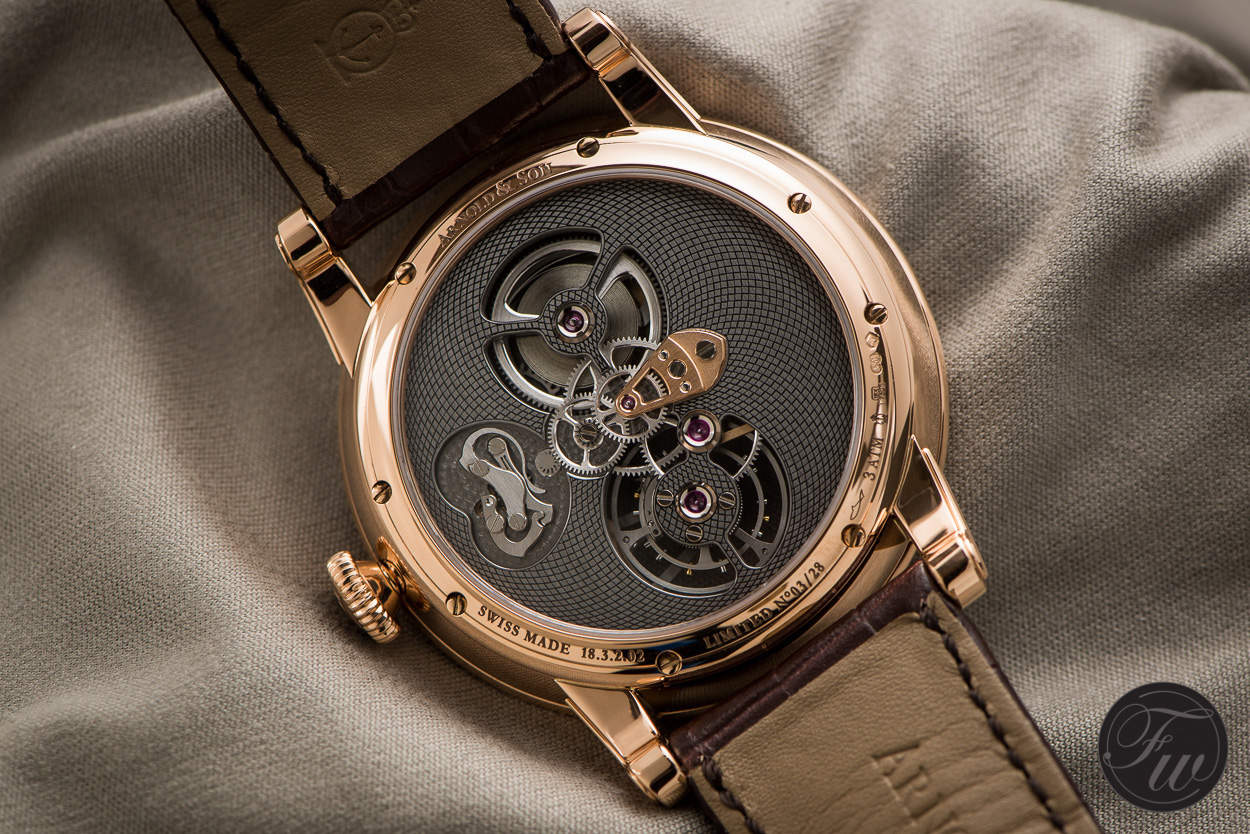 When compared to more conventional tourbillons found today, the TES model is said to be “inverted”, that is to say most technical elements and visually interesting features are shown on the dial side, when those would normally be hidden on the reverse of the dial. Other typically English technical idiosyncrasies will seduce even the most demanding watch connoisseurs. Take, for instance, the solid gold chatons or the symmetrical layout of the movement; to achieve such a feat requires overcoming a number of technical challenges. Thus the barrel spring and the tourbillon cage are centred along the watch’s longitudinal axis. When examining the winding system, one notes the traditional construction, which uses wheels with long and narrow spokes known as wolf’s teeth, used to improve the smoothness of the overall movement.

It goes without saying that every finishing touch on this striking piece, with such movement decoration as hand-chamfered bridges and, even more demanding, hand-chamfered wheels with polished edges has been done by hand by Arnold & Son’s master watchmakers, hence bringing more brilliance and depth to each decorative element.

This unique timepiece will be produced in a limited edition of 28 pieces, in a 44 mm 18-carat red gold case with a NAC grey main plate, a sapphire barrel bridge and rose gold treated bridges, individually numbered and engraved. 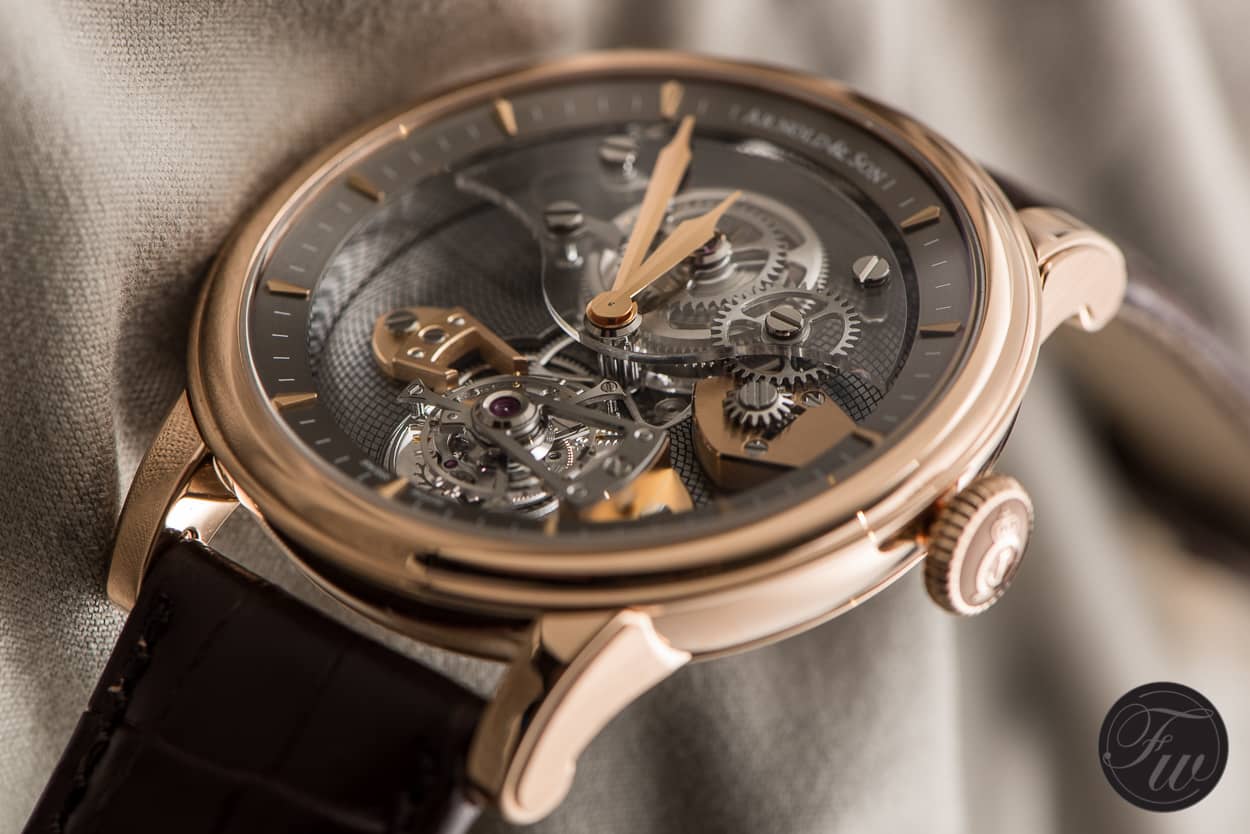