With only three spots available, some great watches are going to miss out
Rob Nudds
comments 13
Share

I do enjoy writing lists (and ’tis the season, of course, with everybody’s end-of-year round-ups hitting the web), but it can be harder than it looks. I suppose it comes down to how seriously you take the task. In my recent Top Five Watch Releases Of 2021, I really thought hard about it. I was genuinely sad to leave some incredible watches by the wayside. However, that was an article tasked with appraising the entire industry. It’s surely a lot easier to do a top three for just one brand, like, say, Hamilton, right? Hmm… Something tells me I might have been wrong…

Yes, of course, it is a little easier to focus on one brand’s output rather than attempting to produce an infallible list encompassing the whole industry. But working within one catalog of novelties has its challenges, especially when a lot of the watches are quite similar. Subtle variations within the same family mean zeroing in on the very best of them is, at best, a bit controversial.

There have been some releases, too, that really deserve to stand on one of the top three steps. I’ve tried to be fair and rational with my picks and I hope you agree (or respectfully disagree) with them. 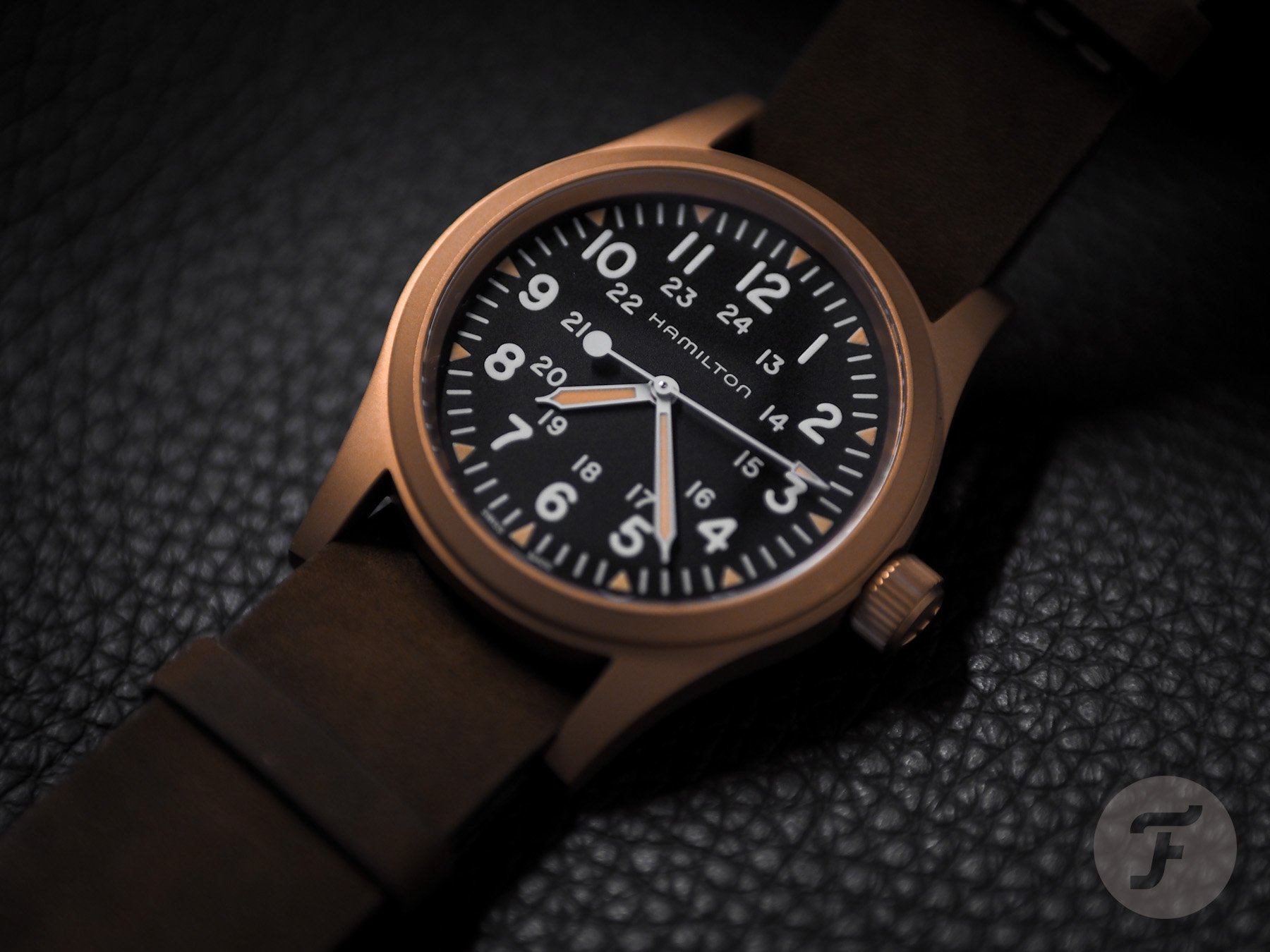 This was a nailed-on winner out of the gate. All of the elements are perfectly on point — the throwback sizing (by our engorged modern standards, at least), the warm, inviting colorway, the appropriateness of the case material that, while blasted and glittering out of the box, was certain to discolor and distress, becoming as rugged and grizzled as the kind of seasoned field agent you could imagine wearing this watch to work… But it wasn’t without some competition from within its own family! The recently released and reviewed 42mm model in blasted stainless steel came very close to taking this spot. It lost out because the bronze version is just that little bit more special, which means you get a solid watch and an excellent conversation starter for the reasonable ticket price of €745. 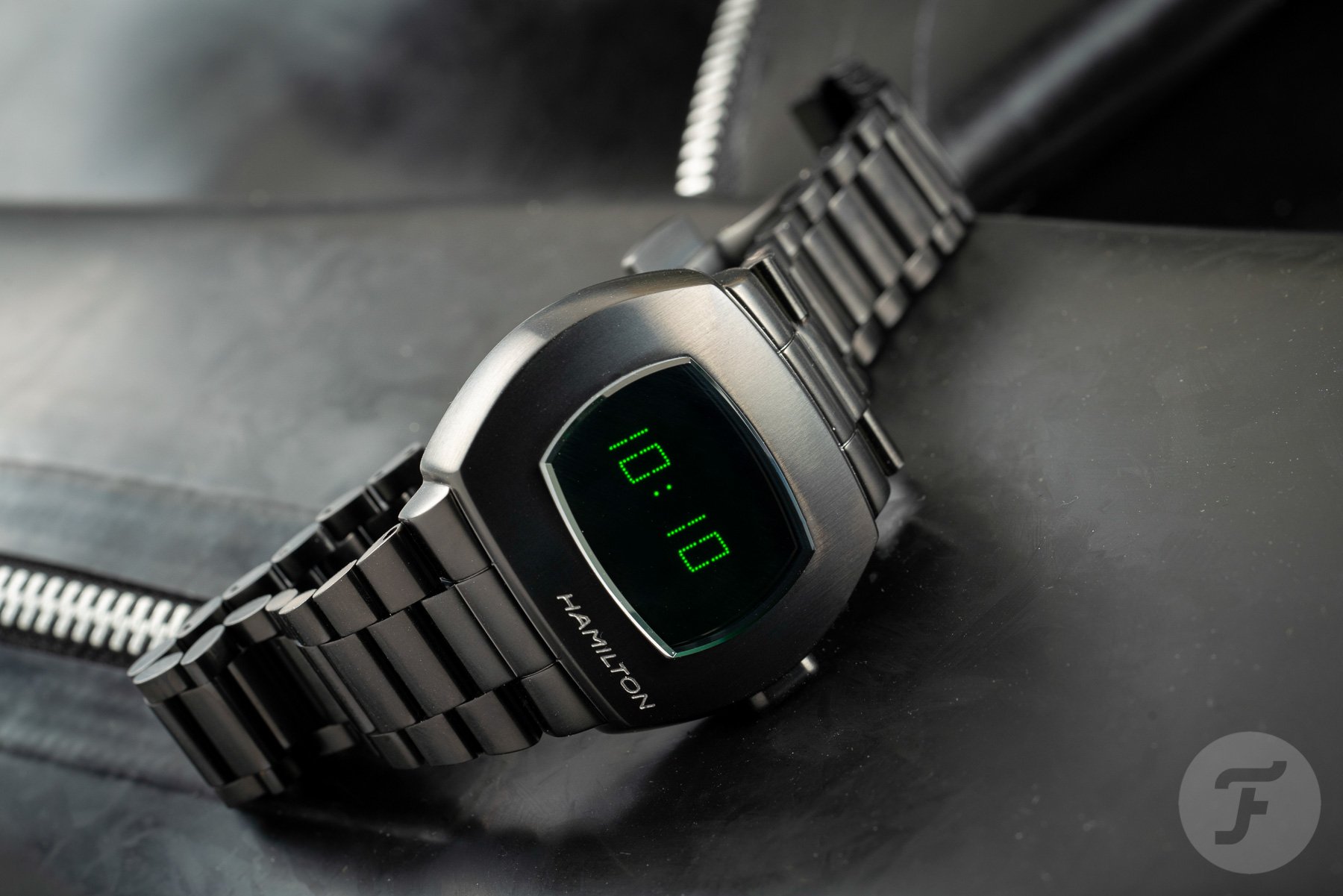 More often than not, movie tie-in watches are crass attempts to hijack your cash. They tend to be shallow. They tend to be insincere. Most of the time, they tend to be a silly nod or wink in the direction of the silver screen. Rarely can it be said that these watches not only fit thematically with the movie but also work in real life. It’s almost unheard of that a movie-inspired limited edition of a modern classic could, actually, be better than the modern classic itself. But this is the case here. And that’s not just because of how well it fits the movie, but also because the movie’s futuristic themes better fit the watch than its real backstory. 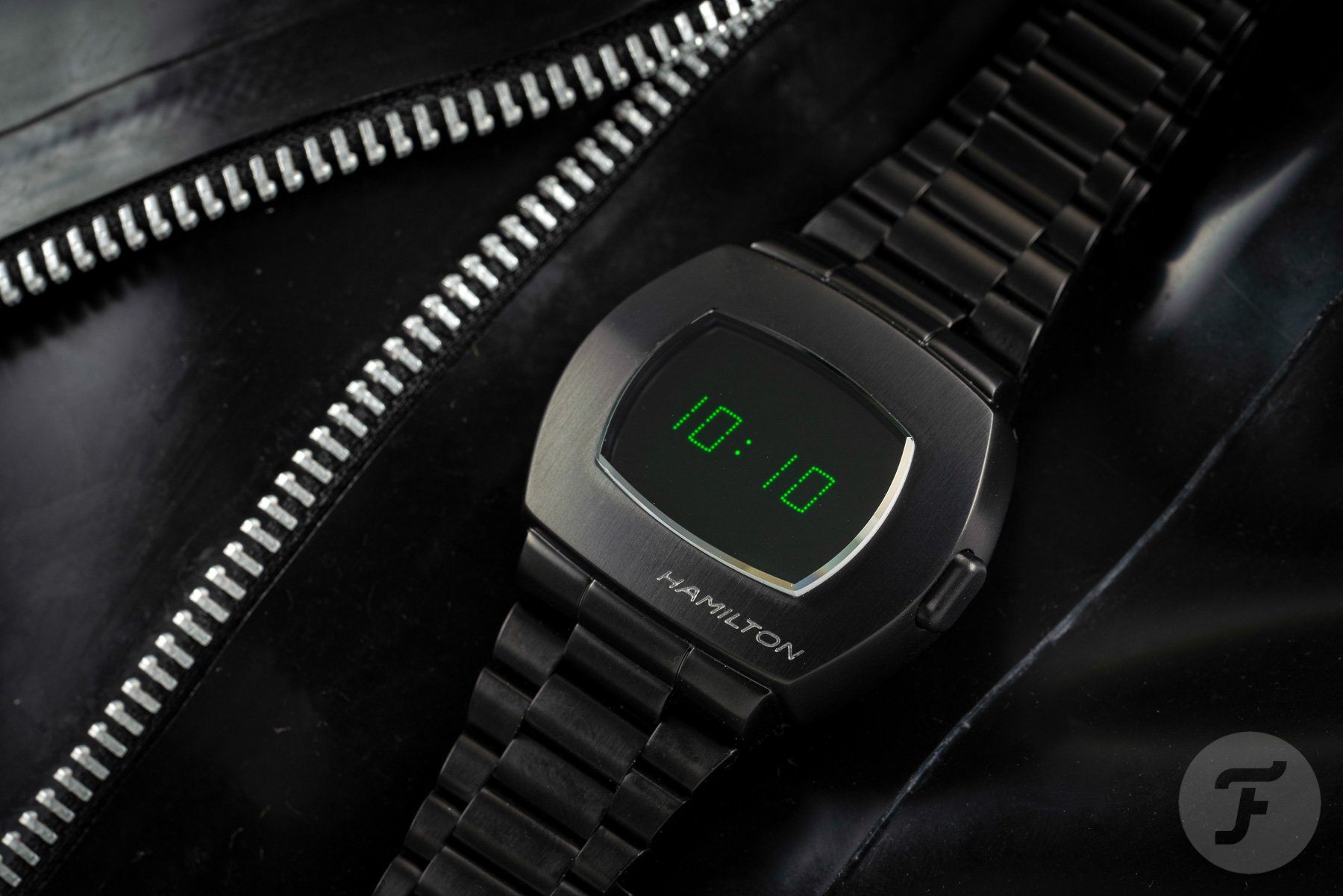 The Hamilton PSR MTX makes very minor updates to the core model. It has a dark, gunmetal coating on the case and bracelet. It has a green display instead of a red one. There is a closed case back, which is decorated with a long string of binary numbers (which, for anyone who hasn’t seen the film, is how the Matrix itself — the entirely artificial computer-generated environment in which we all supposedly live — was visually represented on screen. At €975, it isn’t as affordable as the regular models (in fact, it carries a significant €200 premium), but I think it’s worth it because it makes so much sense. This Matrix model is a rollicking success and it’s my number two Hamilton of a very strong year. 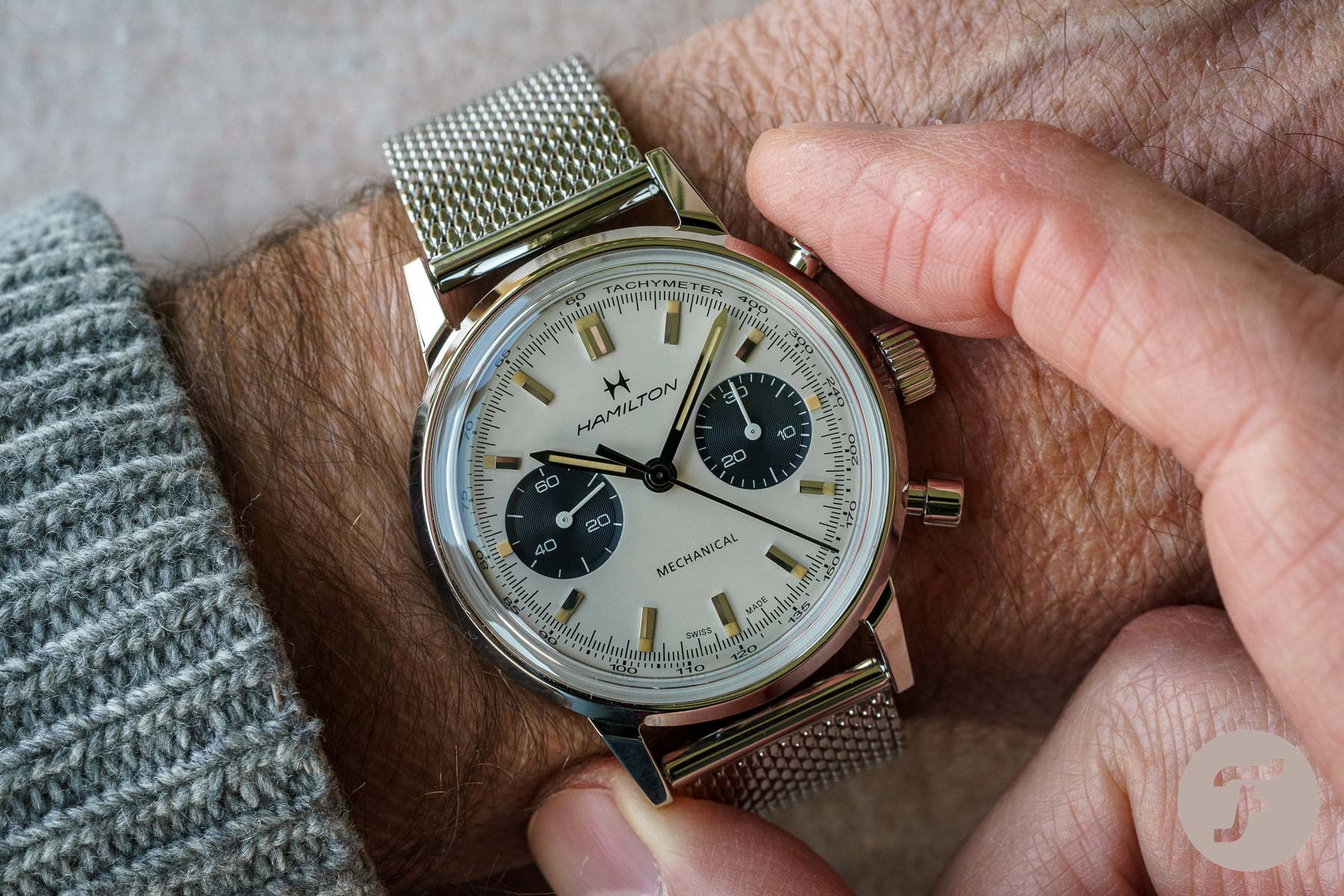 The winning model could have been no other. The release of the manual-wind Intra-Matic H Chronograph was a stunning moment. Hamilton took what many of us here at Fratello regarded as the best Hamilton model to begin with and made it significantly better. The off-white dial pictured above is my favorite by a country mile. 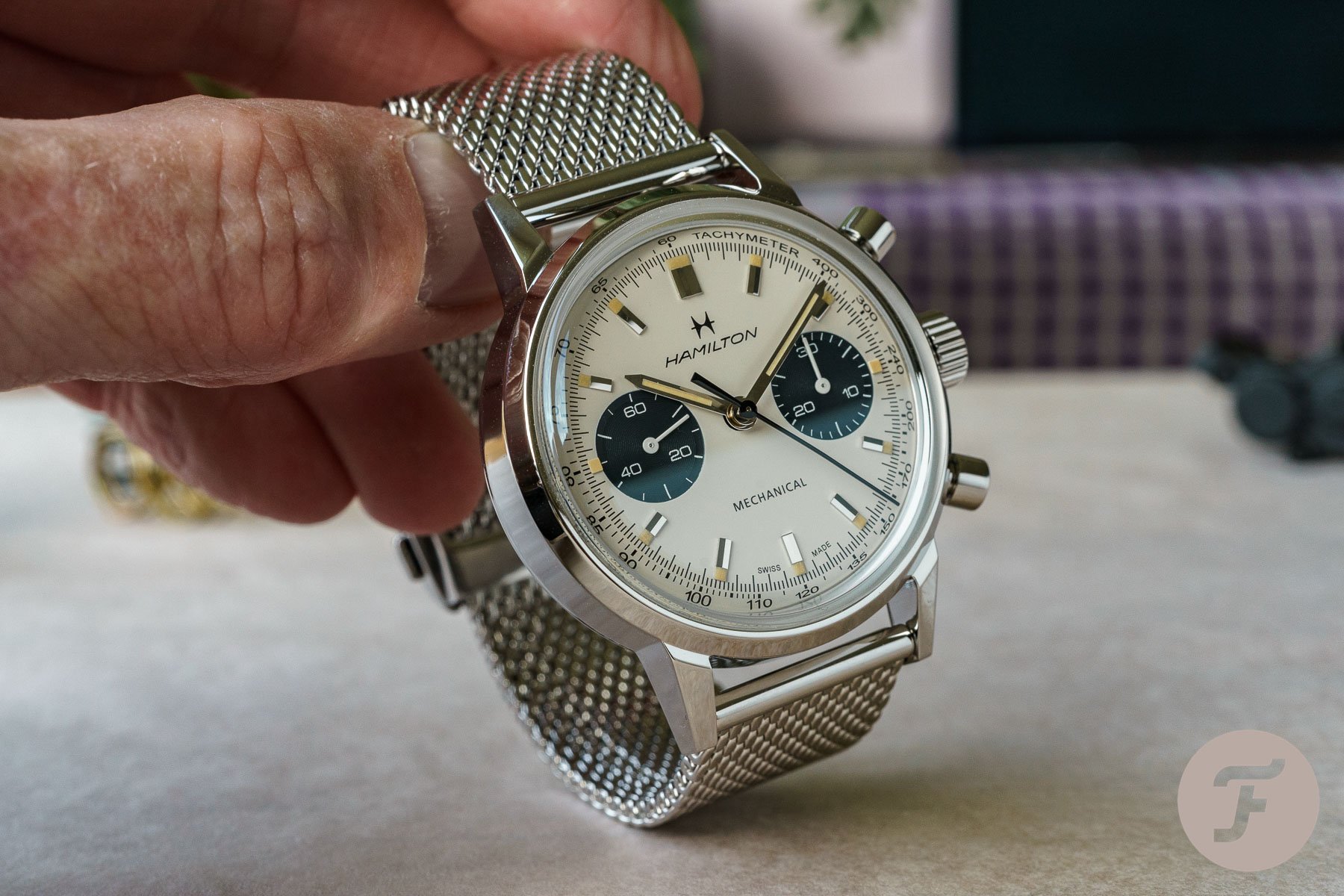 This model is the same price as the automatic version (just under €2K on a strap, and just over on a bracelet). It has a cleaner dial thanks to the no-date display. The text between 6 o’clock and the center is minimal and majestic. I love the big crown and I feel its proportions imbue this model with a really authentic vintage feel. I don’t think there is a better chronograph available for this price anywhere. Sure, I would have liked to see it slimmed down a little more from the automatic model. But beyond that, it is about as close to perfect as I can imagine, especially from a group-owned brand with such a long and storied history that is trying to simultaneously honor that while doing something new. Here’s hoping 2022 brings us more of the same standard from Hamilton!