If you have ever found yourself looking at rare and collectible Rolex watches, you have surely run into dial-printing oddities — watches with third-party logos, crests, or retailer signatures on the dial. They are equal parts collectible and controversial. In this article, I will explore what makes these watches unique and what makes them polemical.

This article features slimmed-down content from my book The Vintage Rolex Datejust Buyer’s & Collector’s Guide, expanded with additional findings and thoughts. This is why this article is specifically aimed at Rolex. You will, however, find other brands with similar dial oddities. 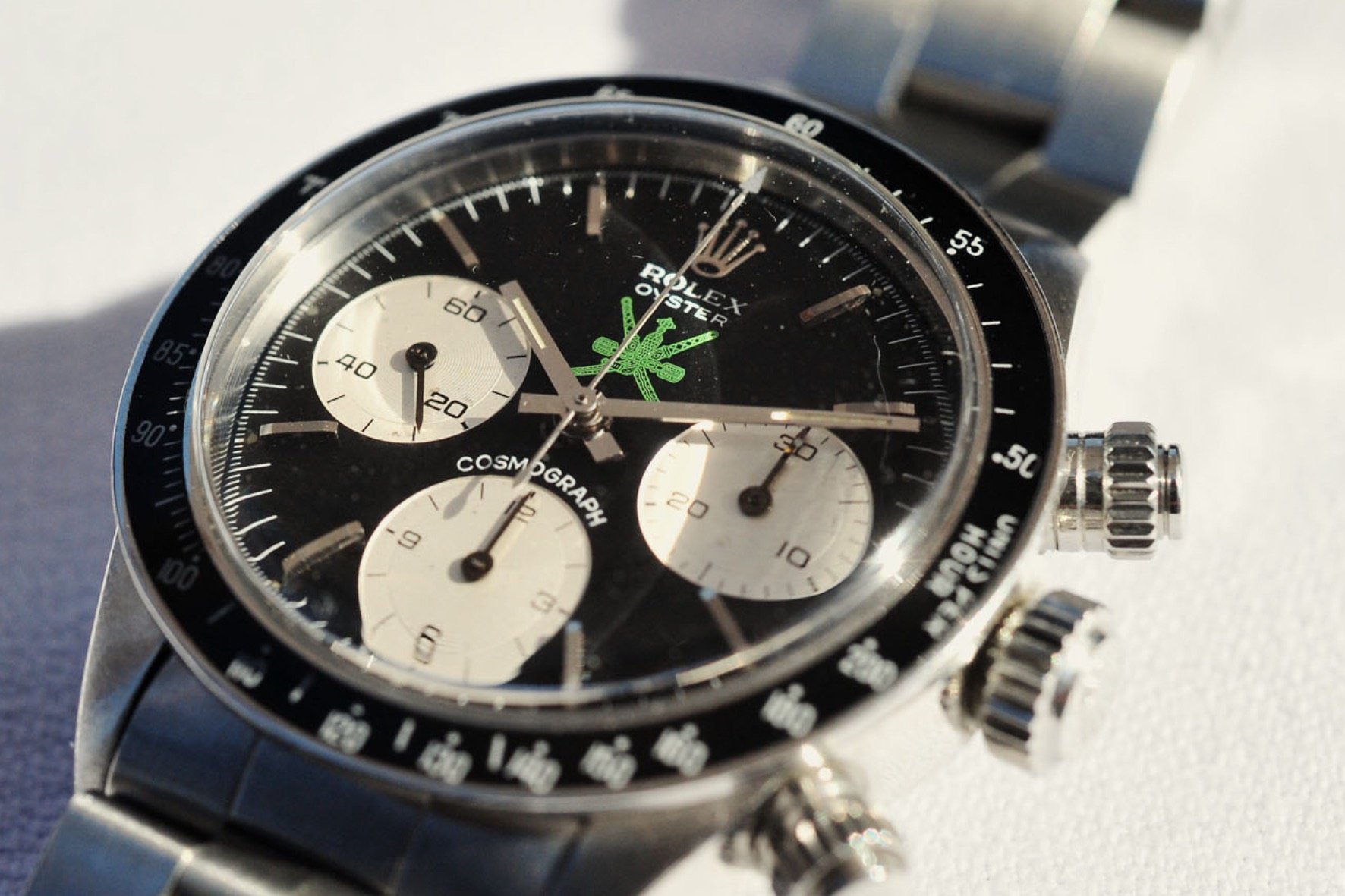 Dial oddities — A matter of provenance

Let’s start with the question of why these dial oddities are so sought after. Of course, some people will simply like the looks of some of these. Combined with their rarity, that would probably be enough to build some hype around them. The real attraction, however, is in the historical context that is provided by these dials. Provenance is a big deal for collectors of higher-end vintage watches. Where was the watch first sold? Who owned it? Where has it been? In short, what is the story of this particular watch?

Dial oddities such as those described here provide provenance in spades. A retailer’s signature tells you who first sold the watch. Logo and crest dials tell you even more. They show that the watch in question was a gift from a company or regime.

No wonder, then, that these dial oddities have become extremely collectible. They are often beautiful, rare, and tell a more elaborate story than an average watch will. Let me go into a little more detail on the specific categories of dial oddities before explaining why these are also controversial. 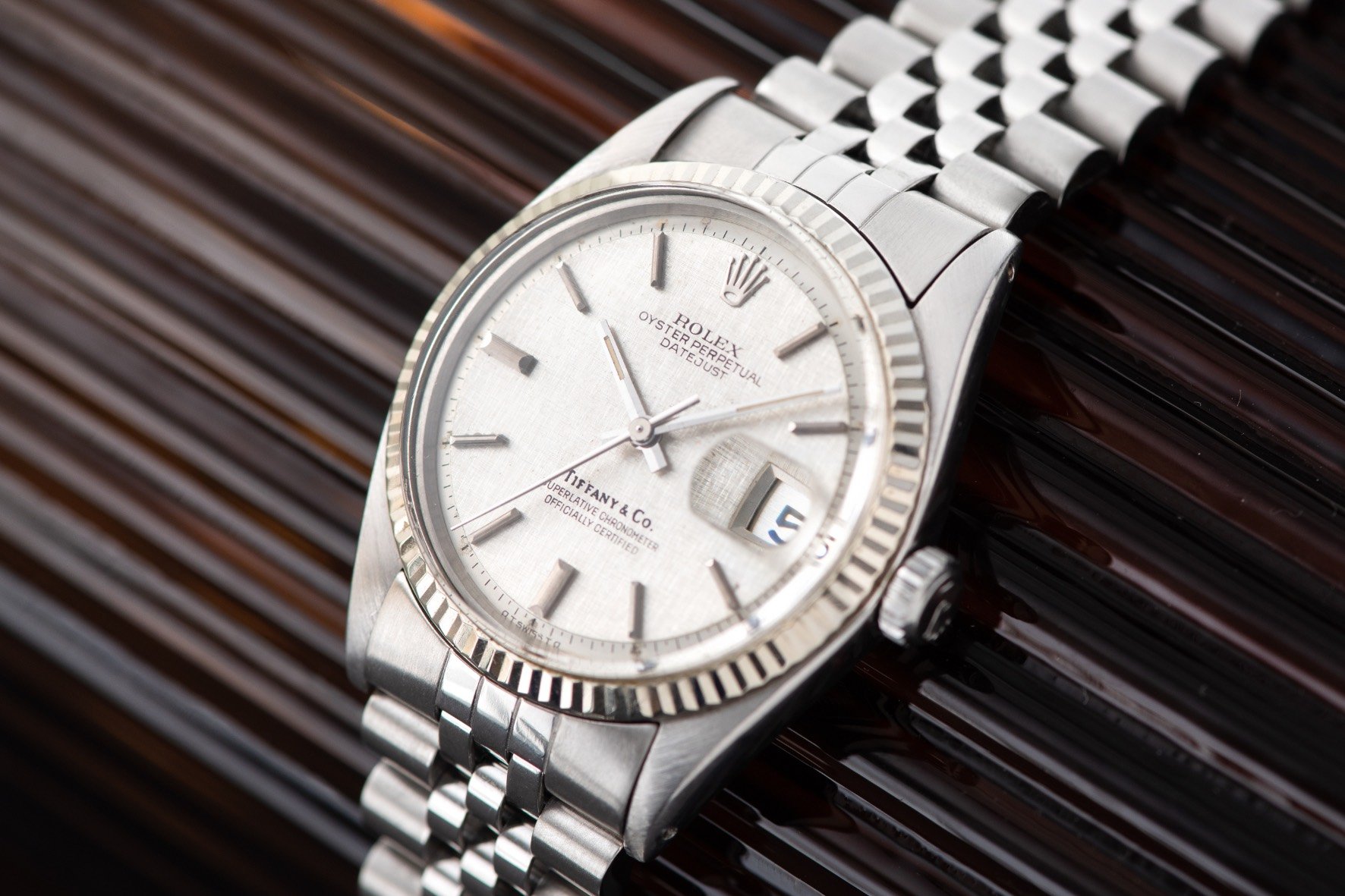 Rolex has always relied heavily on specialized retailers for distribution and sales. Even today, Rolex boutiques are not owned by the brand itself. Well, except for the one in Geneva, that is. The company relies on a relatively small number of chains that serve as authorized dealers worldwide.

From the 1930s onward, Rolex allowed some of these retail partners to print their own names on Rolex dials. Retailers such as Tiffany & Co., Beyer, Gübelin, Cartier, Serpico y Laino, and Asprey are among those who did. The practice of retailer stamping peaked in the 1950s and 1960s. Rolex finally ended the practice altogether in the 1990s. Note that these retailers did not systematically print every single dial. Otherwise, they would not have been nearly as rare as they are. 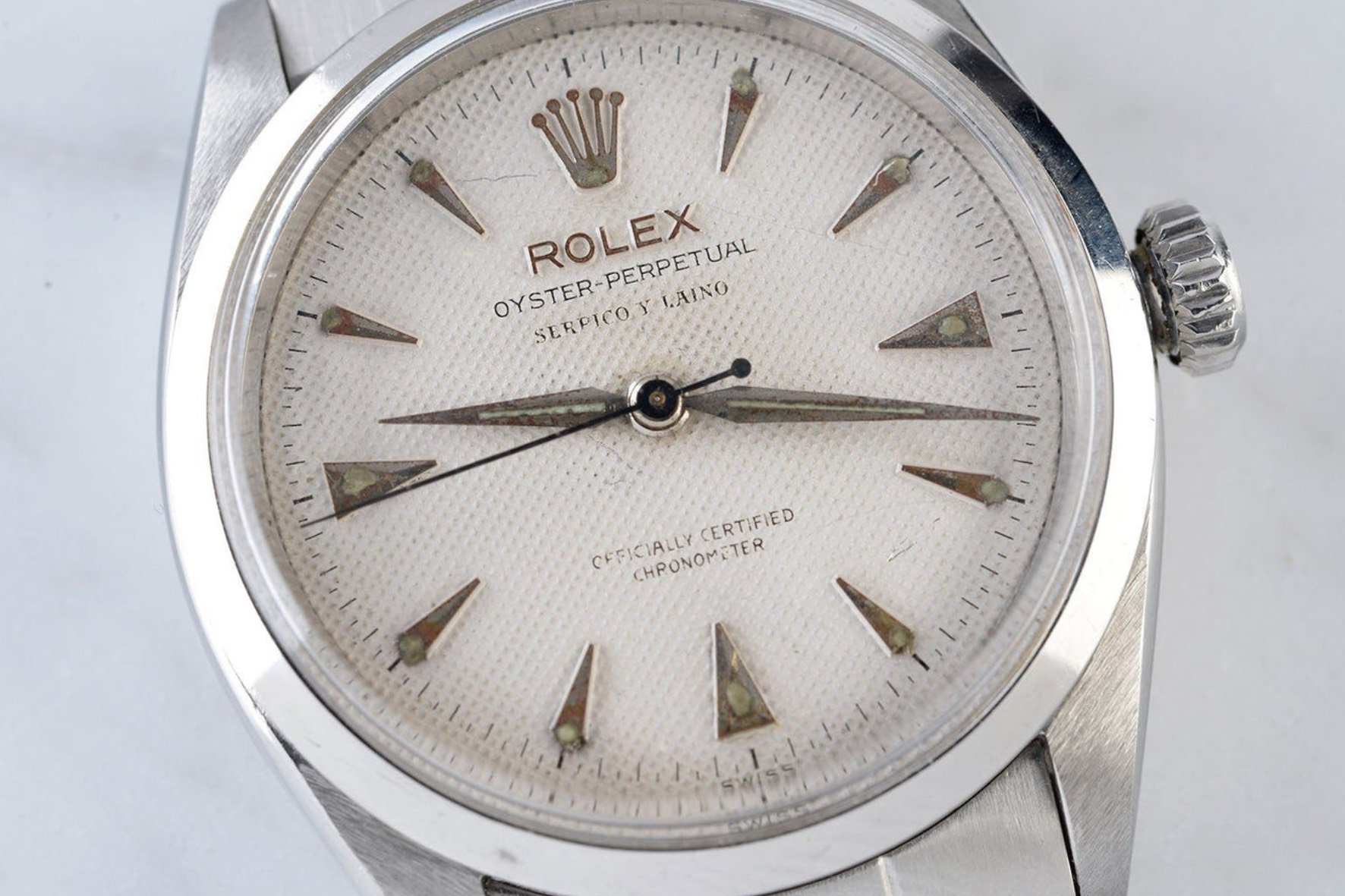 At first, these businesses were allowed to do the printing themselves. They would simply pad-print their own names under the Rolex logo on otherwise-finished watches. Of course, this lead to all sorts of inconsistencies that are not in line with the Rolex philosophy, so the brand started doing the printing in-house at some point. This explains why late retailer-signature dials are much neater than earlier ones. 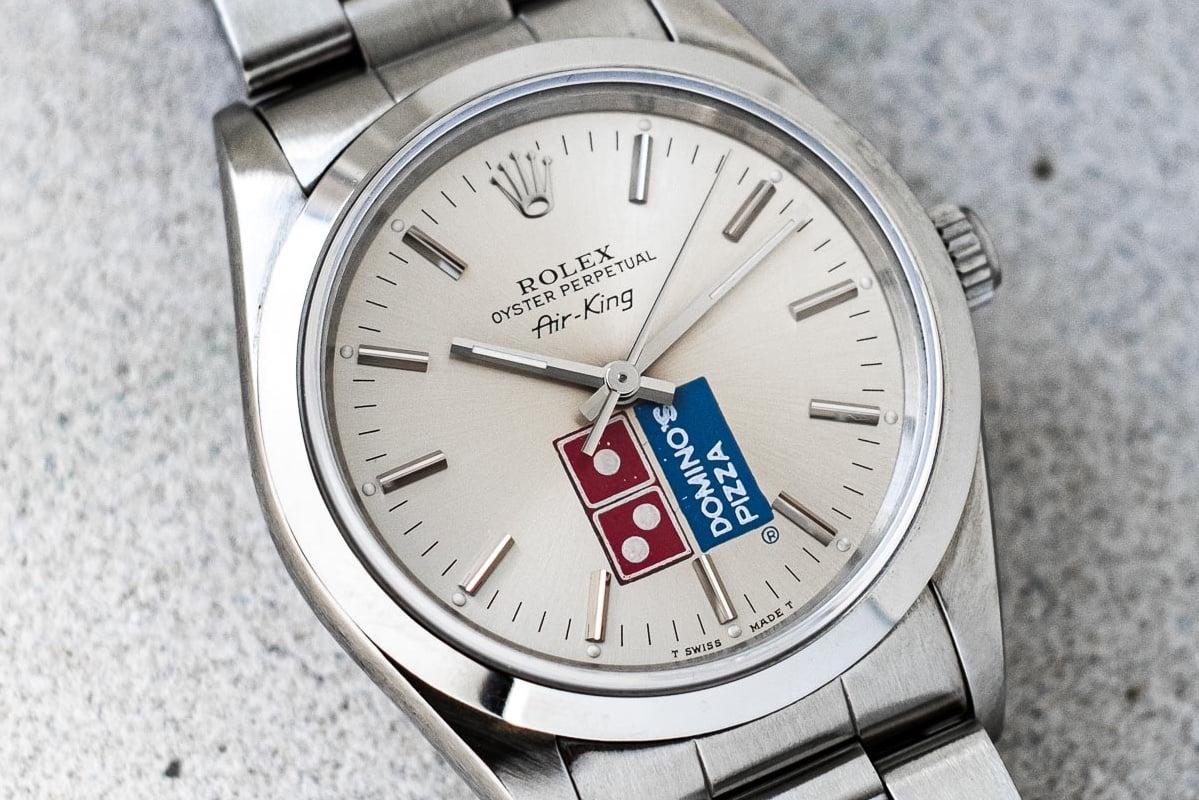 Rarer still are logo dials. These dials feature a third-party company logo, usually at 6 o’clock, where the chronometer text normally sits. These dial oddities were actually produced by Rolex itself for a number of clients. Coca-Cola and Pan-Am spring to mind. But the most famous is example is probably the Domino’s Pizza Air-King.

Domino’s CEO Tom Monaghan used to wear a Bulova watch with a Domino’s logo. A restaurant manager allegedly asked him what he had to do to get one. Monaghan replied that a $20,000 sales week would do the trick, and thus, the concept was born. Restaurant managers could initially earn a Domino’s-branded Seiko through their commercial performance. Later on, the stakes went up as Rolex Air-Kings (and later, Oyster Perpetuals) were awarded.

It is important to note that these are not customized watches. They were actually delivered with the logo by Rolex. The associated papers should denote Domino’s as the buyer. It is not hard to see why a story like this might trigger watch collectors. 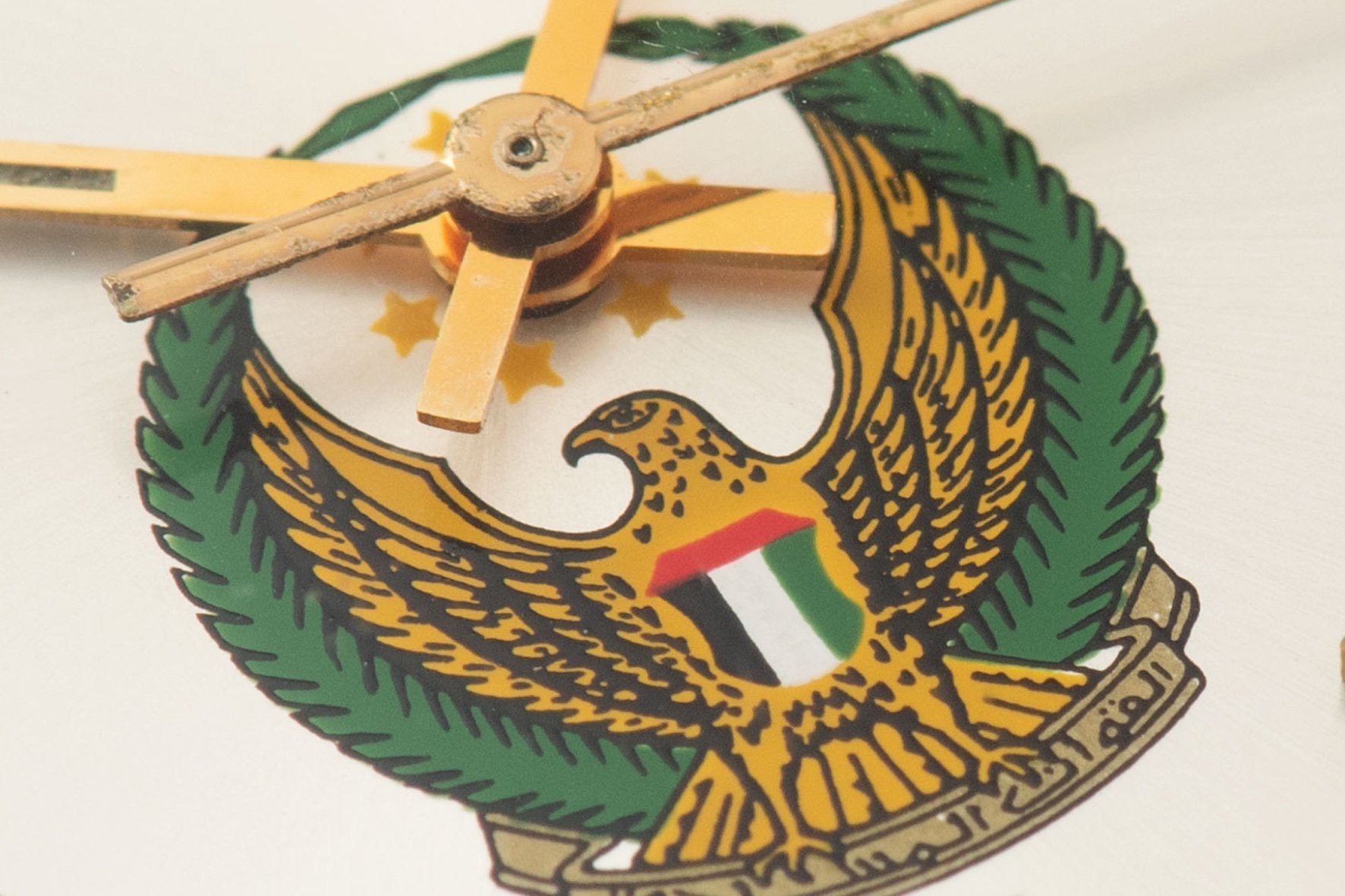 Dial oddities come in many forms. A particularly exotic one is the crest dial. Much like the logo dial, it features an emblem in place of the chronometer text above 6 o’clock. Crest dials were produced either by Rolex or printed by the distributor. You may find examples for the US Air Force, Oman, Saudi Arabia, Libya, and Bahrain, among others. 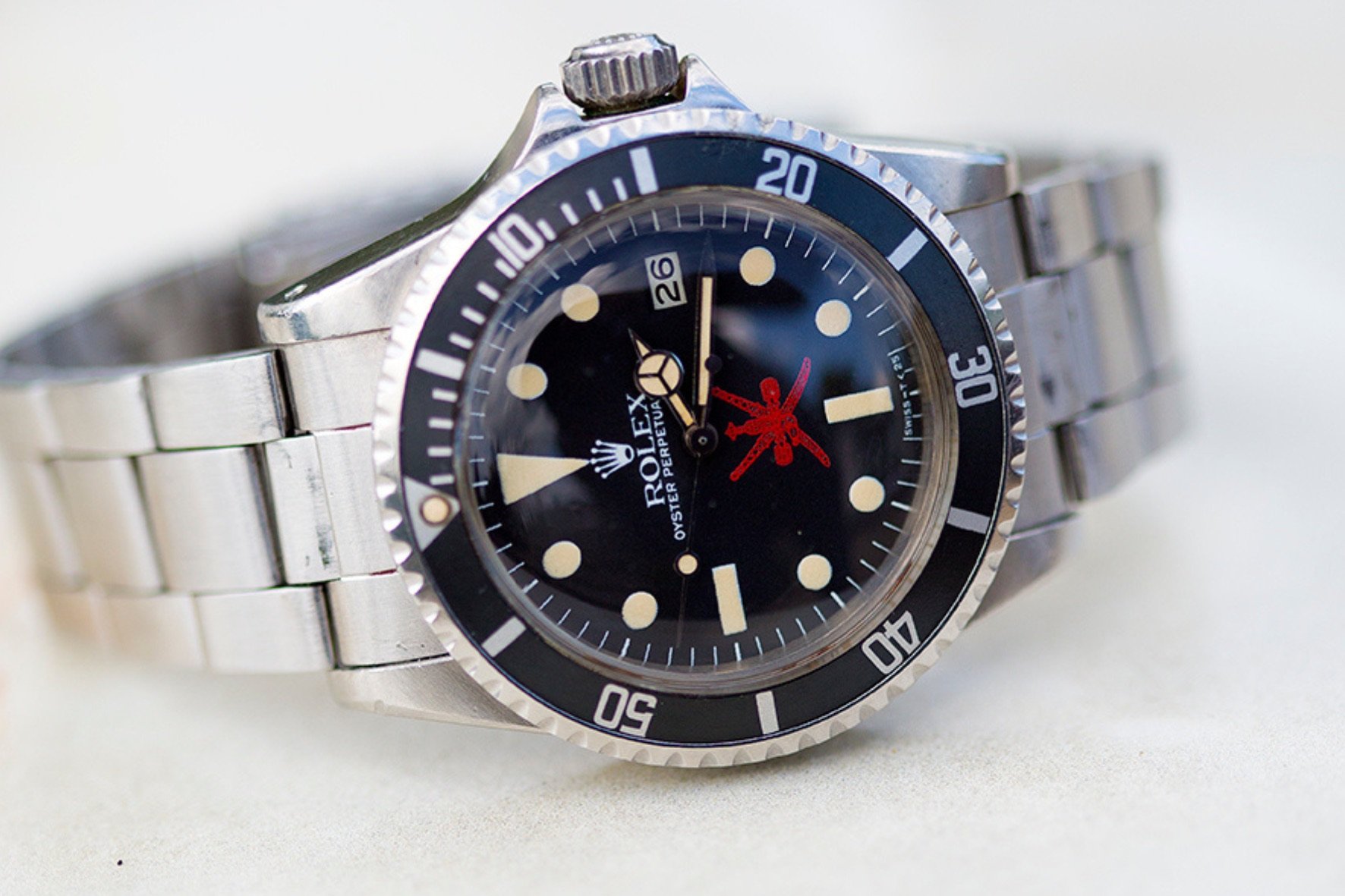 Governments often used crest dials as gifts. Sultan Qaboos bin Said Al Said of Oman, for instance, awarded them to people who had been of value to the sultanate. These watches were printed and delivered by Asprey, London. They would feature crossed daggers, known as khanjars, hence the “Khanjar dial” name.

Although the majority of Khanjar dials are found in Rolex watches, they exist on other brands’ watches as well. You may come across examples from Patek Philippe and Audemars Piguet, as well as a range of other brands. 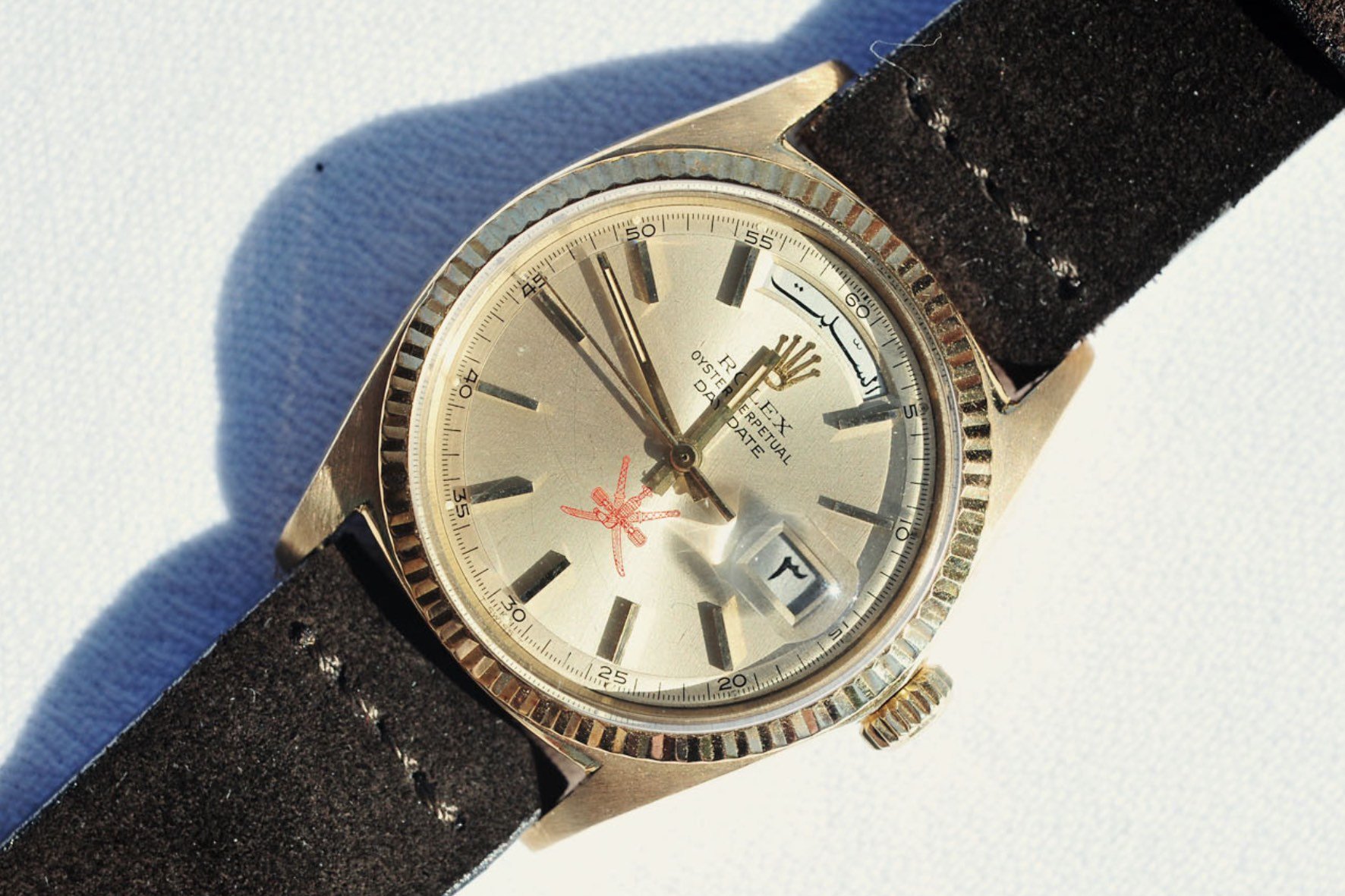 Again, it is quite easy to see why dials such as these are desirable and collectible. They come with a dark side, though. For starters, many of these are extremely hard to authenticate. Since a lot of them were not printed by Rolex, there are major inconsistencies in execution. The printing might be messier, slightly different in color, or different in texture compared to the rest of the dial. Usually, that is a dead giveaway of refinishing or inauthentic parts. Unfortunately, this is not the case for these dial oddities. This makes them easy prey for scammers, lured in by the high value that is placed on these watches. 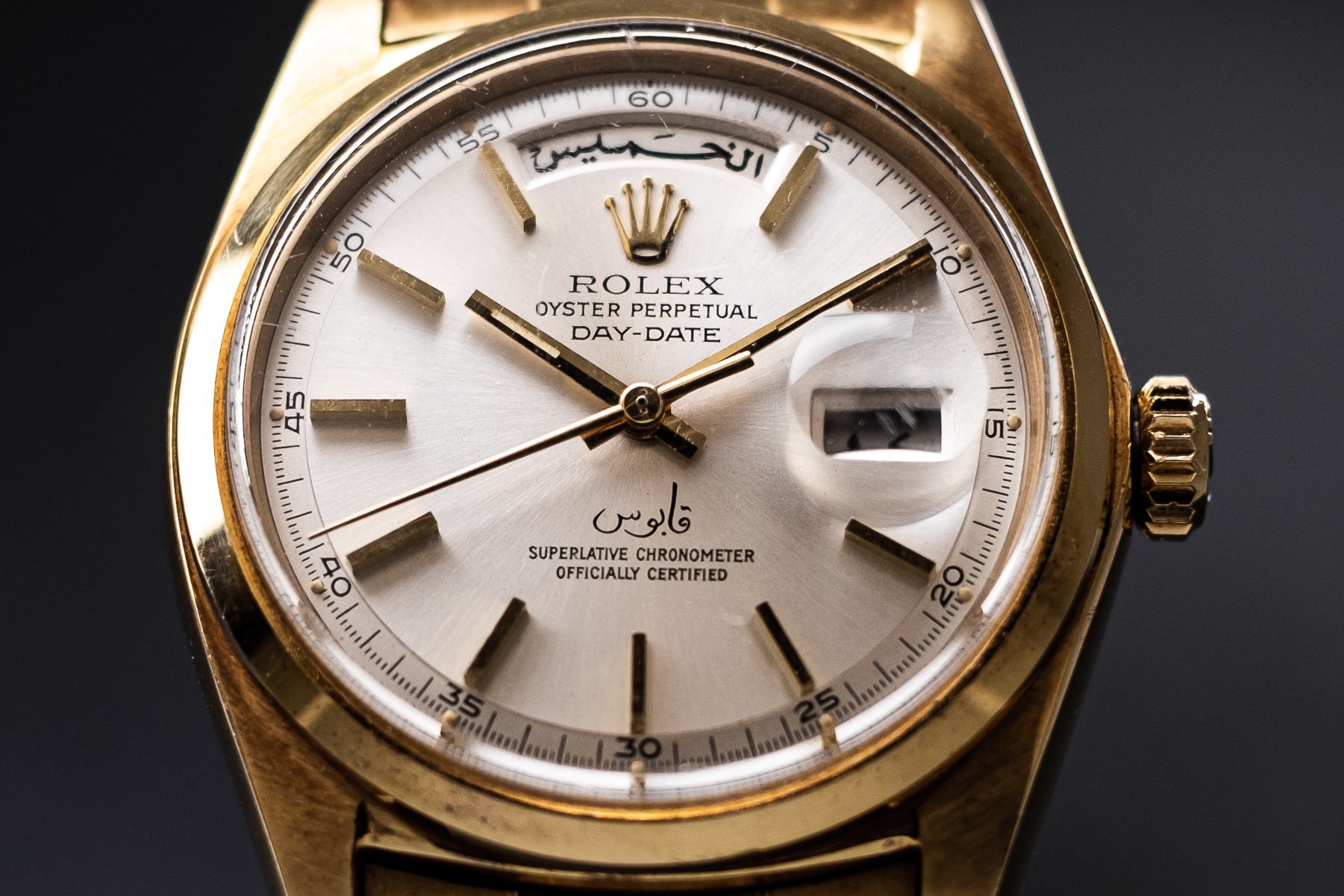 Another issue people have specifically with crest dials has to do with the regimes they represent. Not all of these were exactly oases of freedom and democracy. You may wonder why you would want to wear such an emblem as a trophy of sorts.

The logo dial with the associated correct papers is probably the safest bet. It represents these dial oddities in a lighthearted manner. In the case of Domino’s dials, they were done by Rolex, so you can reasonably evaluate authenticity by the printing quality. The same goes for younger retailer-signature dials. Earlier ones require some serious research before buying.

Dial oddities such as retailer-signature dials, logo dials, and crest dials represent a fascinating outskirt of our little horological universe. Whether they speak to you is a matter of personal taste and collecting priorities.

One thing is for sure: you need to do your due diligence before buying. They can be hard to authenticate, and the premiums they command warrant some serious research. In my dealing days, I turned some down because I simply could not be sure. Ideally, you have some supporting evidence, such as papers to go by, especially when you are dealing with a sloppy-looking print.

How about you? If you were to run into a well-documented example from a reliable seller, would you get one of these dial oddities? And if so, which one? Let me know in the comments below.