Vintage Rolex is no hype, it is here to stay. It does come with waves though and so do the prices of some of the models. Today, a double red Sea-Dweller is less expensive than it was a couple of years ago, but in general, you could say that almost all of the vintage Rolex sports models are a solid ‘investment’. I have never lost money on a (vintage) Rolex. I bought my first Rolex GMT-Master 1675 for 1800 Euro in 2003 and made a nice profit not long after (as part of a trade for a more expensive piece). However, when I wanted one back again, I needed to cough up around 4500 Euro in 2013 for a similar reference 1675. Now, in 2016, you have at least to bring 6 or 7K Euro for a nice 1675.

Anyway, let’s assume you are in the running for a vintage Rolex sports model, a Submariner. The icon of Rolex and perhaps even the mother of all modern sports and dive watches. I selected the Submariner 5512 and Submariner 5513 references, the ancestors of today’s Submariner 116610LN and 114060 (no date).

The vintage Submariner with a date is reference 1680 and are – except for the version with the red writing on the dial – less popular than the 5512 and 5513 no-date models. Perhaps the cyclops (date magnifier) is still a thorn in the flesh of many collectors out there. As the title of this post gave it away already, it is 5512 versus 5513. Let’s go. 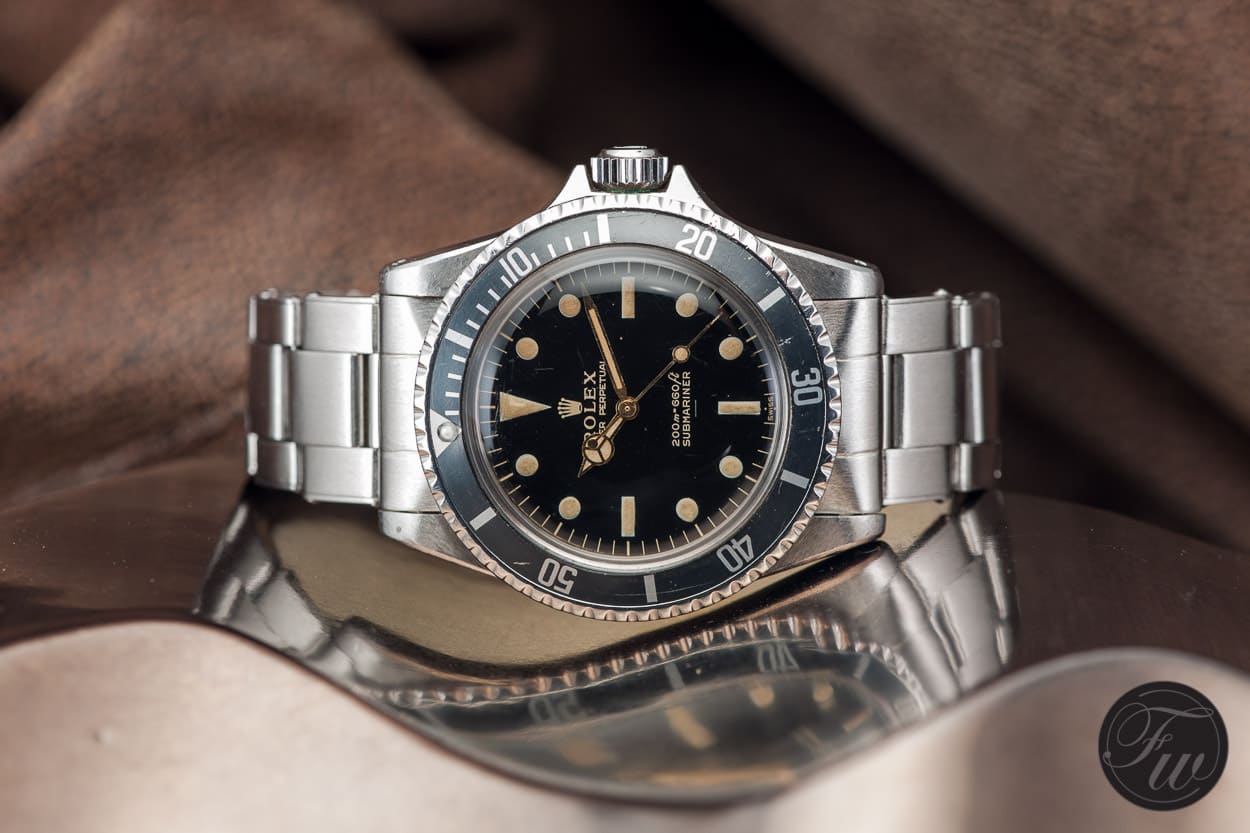 So far for exclusivity you might think, but try to fetch one in a great condition. Most of them have been serviced a few times, including polishing of the case which means that the sharp edges and so-called beveled lugs are long gone in most cases. Also, during the years, parts will break down and need replacement. So you will see a lot of more modern bracelets on these watches, replaced clasps etcetera. A replacement bracelet isn’t the end of the world, but a replacement dial and hands are, especially in the eyes of the hard core vintage Rolex collectors. It can be a matter of hundreds or even thousands of dollars whether a Rolex is still original and unpolished or not. 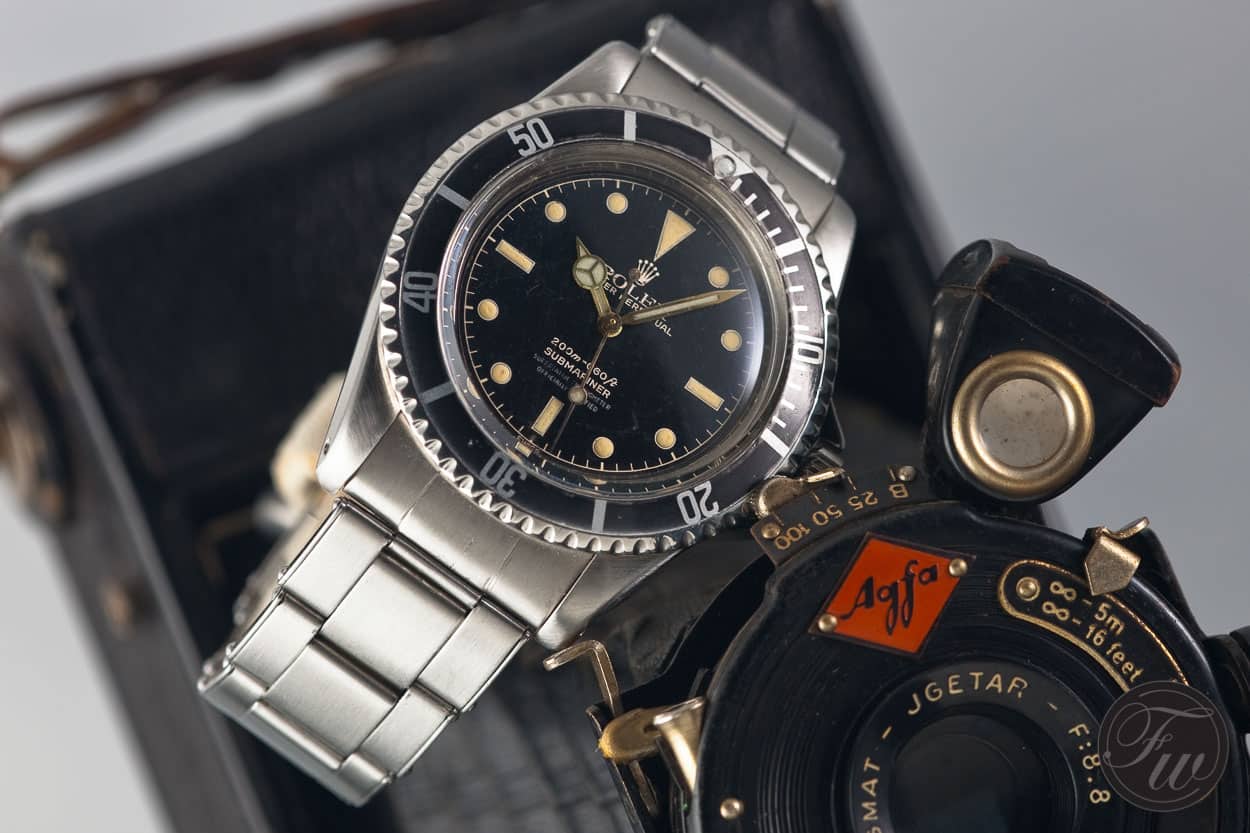 Although many Rolex collectors are more interested in the aesthetics of the watch than in its technical specifications, both models have seen different movement calibers throughout the years. The Rolex Submariner 5512 and Submariner 5513 started both out with a Rolex caliber 1530 movement. The first few ref.5512 models that came out did not bear the chronometer (Superlative Chronometer Officially Certified) writing on the dial, and actually were not chronometers at all. Later on, the ref.5512 Submariners were equipped with a chronometer certified caliber 1560 and 1570 movement, bearing the chronometer writing on the dial (so-called 4-line writing). 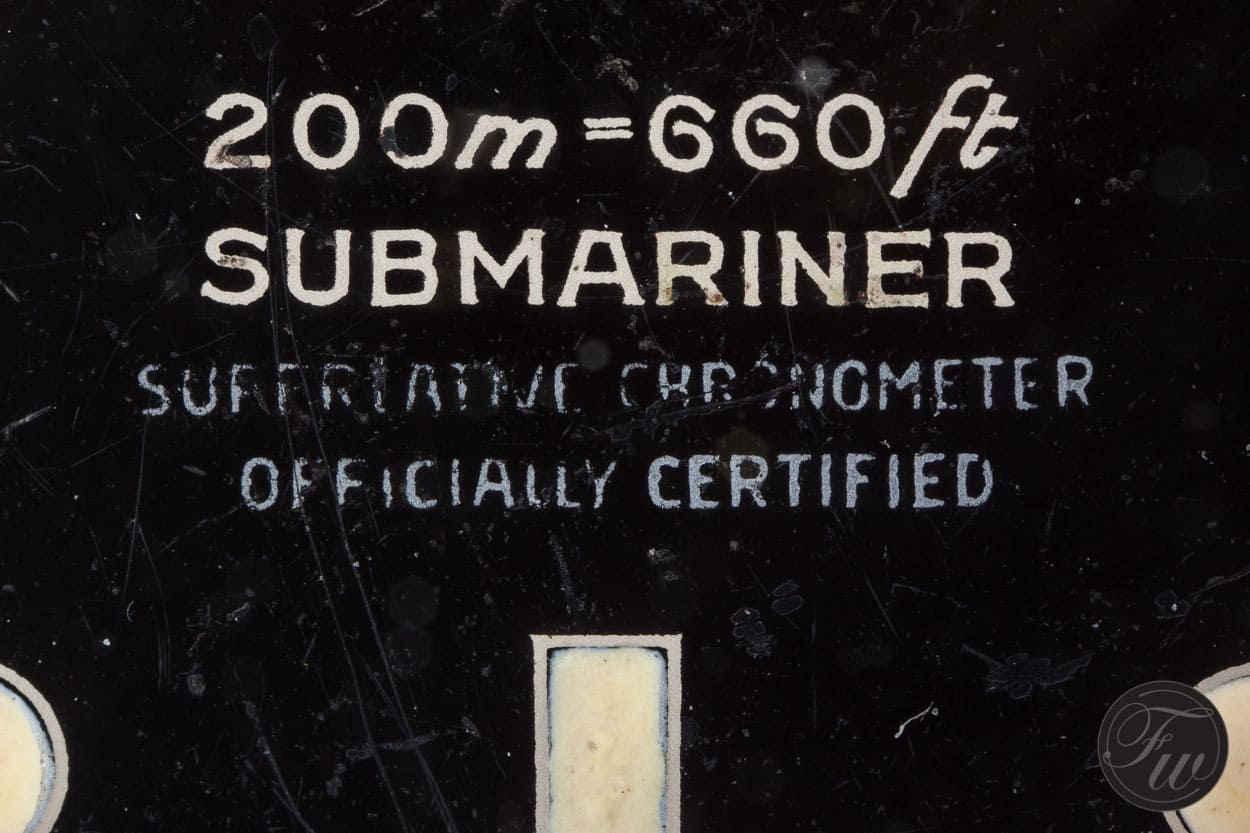 Both watches are very sought after, but when it comes down to the differences, these are very minimal when you take a look at the specifications of the watch. All movements used in these watches were based on the base caliber 1530 in the end. The finish of the movement, case, bracelet are all equal. This is why I previously stated that a lot of Rolex collectors do not care much about this technical stuff, but rather focus on the aesthetics of a watch. Nothing wrong with that of course, but the slightest change in font, color, bracelet type or whatever detail increases or decreases the value with significant steps. Be prepared for that and decide whether you really care for certain used typography, alignments, writing etcetera. 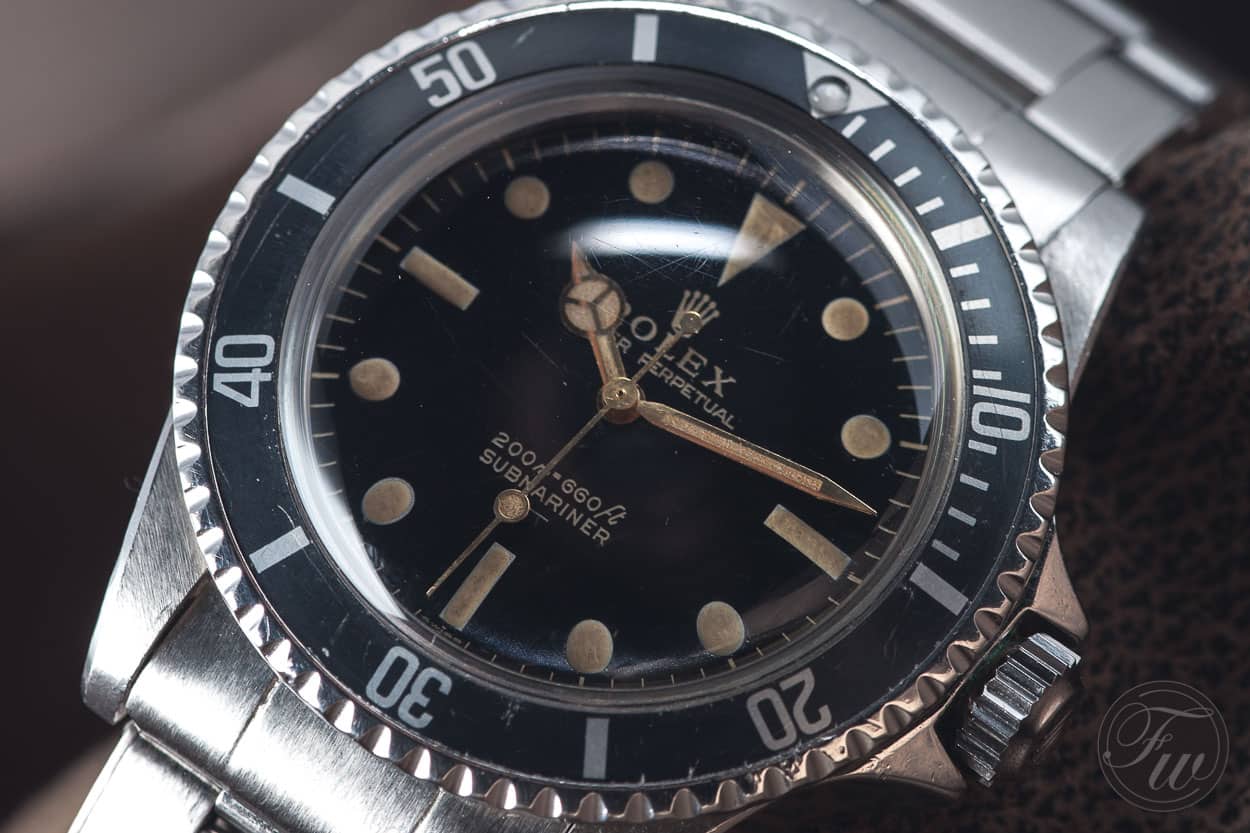 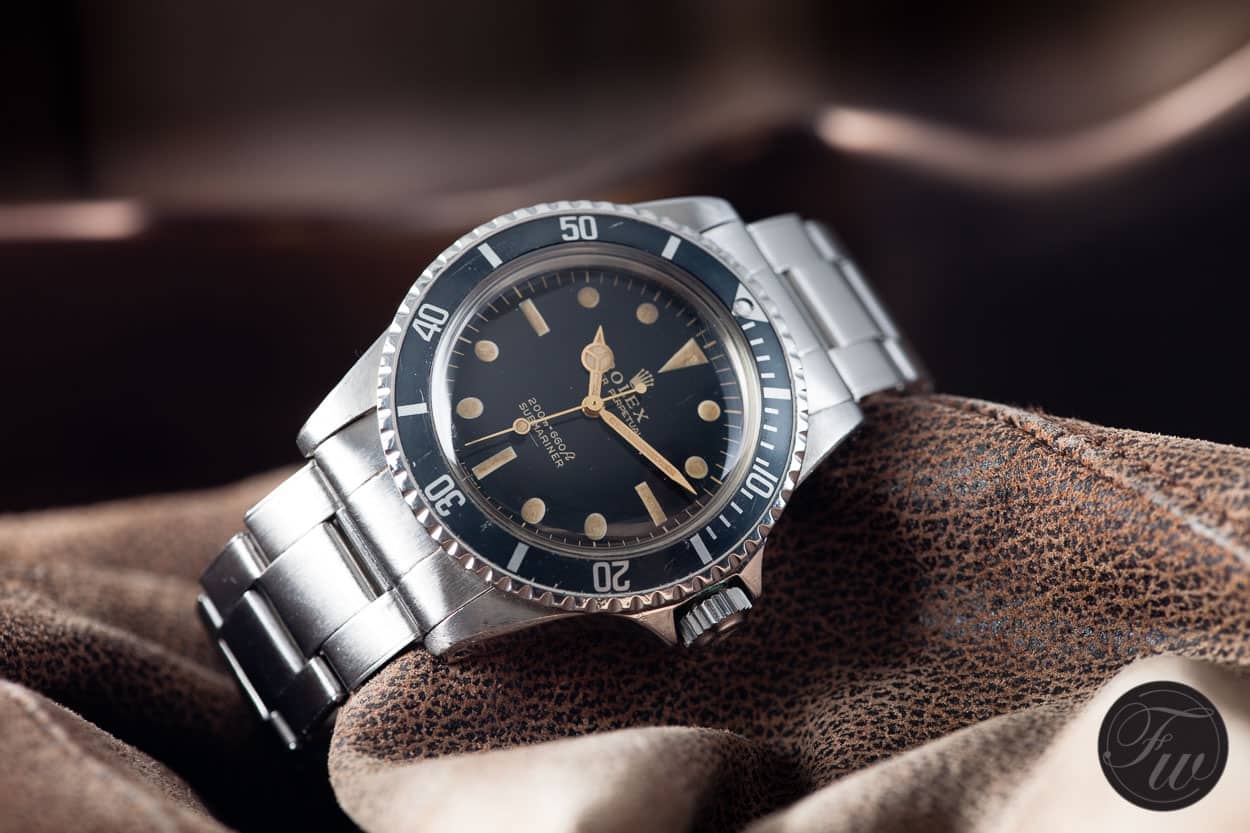 Which Vintage Submariner To Choose

What Matters To You

If you are having doubts whether to choose for Rolex Submariner 5512 or a Rolex Submariner 5513, keep in mind what’s important to you: exclusivity (less ref. 5512 Submariner watches produced than the ref.5513), the 4-line dial because of the chronometer certified movement instead of a 2-line dial or a clean and simple dial for example.  A ref.5513 Submariner in good and original condition starts around 5000 Euro but quickly become more expensive for older (and all original) watches. A ref.5512 in good and original condition – without box and papers – start for well over 10.000 Euro, easily.

What I Would Do

If it was up to me, and money is an issue (like it always is), I would go for a Submariner ref.5513 in good condition. I love the clean dial and both references without a date window and cyclops give me the same look & feel. I don’t care for the four lines on the dial, and only ‘200ft/600m’ and ‘Submariner’ is good enough for me. If you want a basic vintage sports watch, this is as basic as it gets with Rolex. 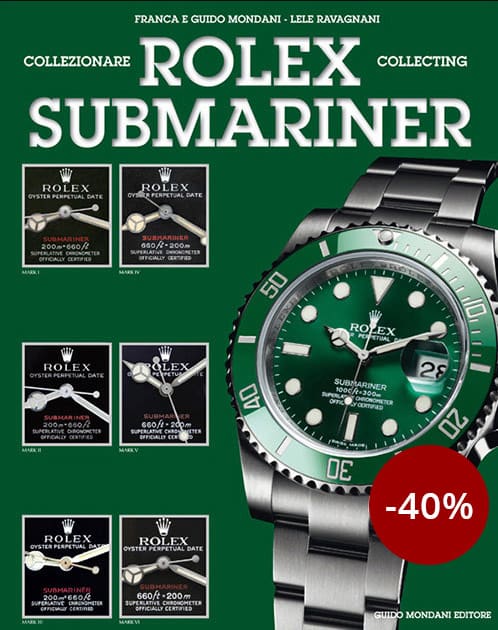 A Good Book On The Subject

Want to know everything about the Rolex Submariner (and Sea-Dweller) line-up? Guido Mondani wrote an excellent book on this subject. The latest edition of this book is now being offered with an interesting discount of 40%, so the price will be approx. 250 Euro (excluding shipping). An investment well worth it, as the slightest mistakes when buying a vintage Rolex Submariner can (and will) cost you much more. Click here for more information about this book.

More information about Rolex can be found here.

*This article was originally published on October 7th 2010, but has been revised and updated. We also replaced all previous images with new images of Rolex Submariner 5512 and 5513 watches. The information on Mondani’s Rolex Submariner book was also updated.