In a previous Seiko review, I mentioned the magic case sent to us at HQ by the kind people at Seiko NL. Within that case sat 40 novelties. Since initially poring over them, we’ve been racing through our hot takes and reviews. But first impressions count. Some of those pieces jumped out at me right away and I’ve been eager to get round to writing them up. In this case (pun intended) there were several special pieces that appealed to me. The Seiko 55th anniversary models struck a chord, but this is the one I was looking forward to the most — the Seiko Prospex SLA039.

Back in 1965, Seiko lanced its first diver in the shape of the 62MAS. Now, 55 years later, Seiko celebrates this anniversary by releasing three of the brand’s most iconic divers in a limited edition series. Make sure to check Mike’s write-up on all three models here. So we have a re-edition of the ’65 model, the ’68 and ’75 Tuna versions. Three iconic Seiko divers which each has a distinctive look, each of them limited to 1,100 pieces only.

Out of the three 55th anniversary models, the Seiko Prospex SLA039 was my instant favorite. It’s actually hard not to like this watch at first sight. And although these watches share a few similarities, they are rather different from one another. The models share a stunning-yet-modest blue color on the dial and the same goes for the rubber straps. Yet the case shape is completely different and, out of the three, the SLA039 would be the most wearable one for me. 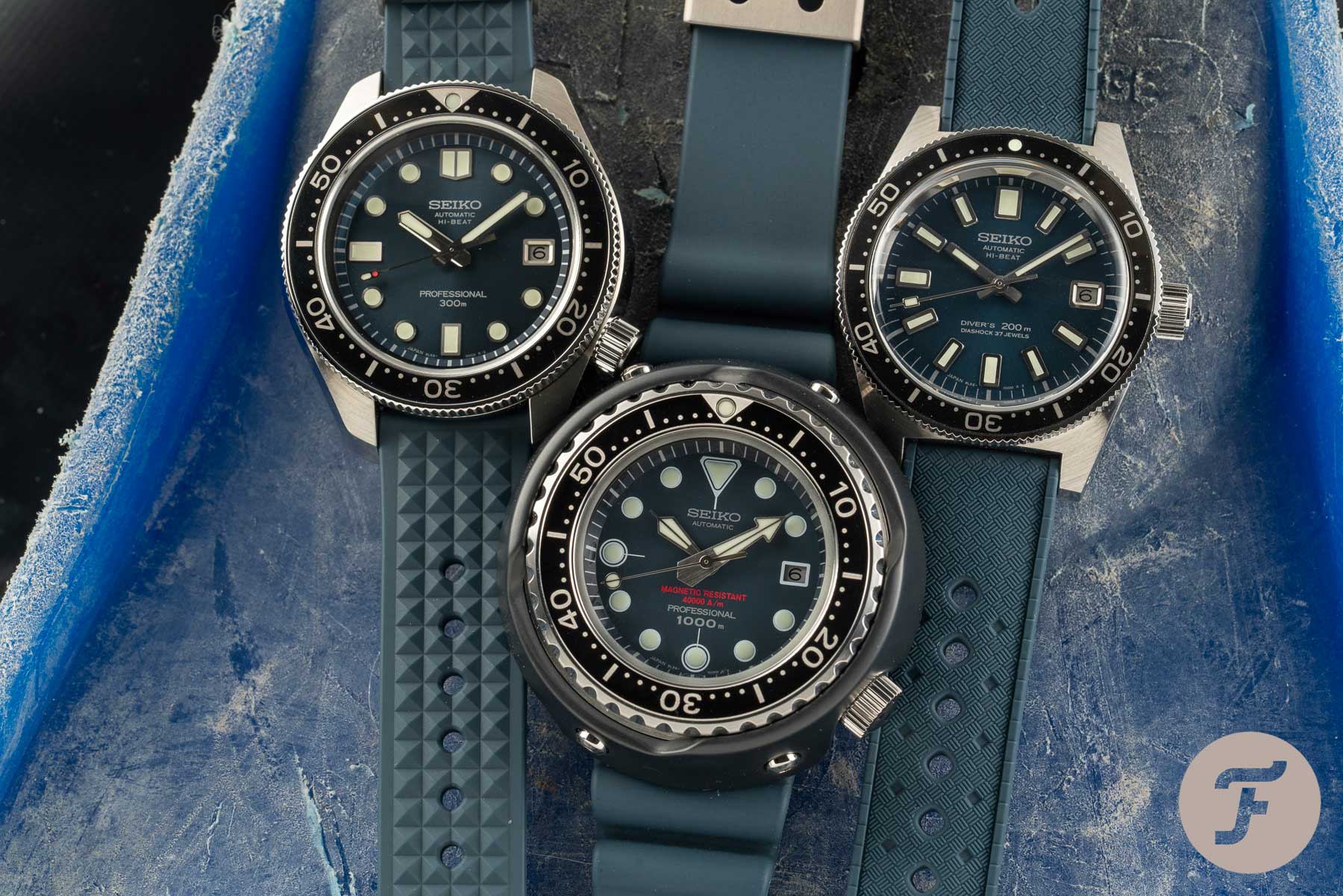 There are a few Seiko divers in my collection. Despite how much I love the Tuna case (and I do), in all honesty, it’s not a watch that gets a lot of wrist time. That’s mainly because of the bulky shape and size which, simply put, is big. Even for my wrist (which measures around 19cm).

No, for me, it is the SLA039, with its silhouette inspired by the original Seiko 62MAS diver that appeals more. The SLA039 anniversary re-creation follows the 2018 limited edition SLA025, released 50 years after the watch it was based upon, the 6159 with high-beat caliber. This new addition brings a nice new angle to the collection.

When looking at the SLA039 specs, you will notice the term “Ever-Brillant Steel” popping up. In short, this is a term for the world’s most corrosion-resistant steel. Seiko technically explains this type of steel used by sharing the PREN (Pitting Resistance Equivalent Number) value which apparently is 1.7 times higher than the steel commonly used in most high-end watches. From doing some research I learned that it’s not about absolute figures, yet it’s a simple way to compare various alloys and their ability to withstand pitting corrosion. 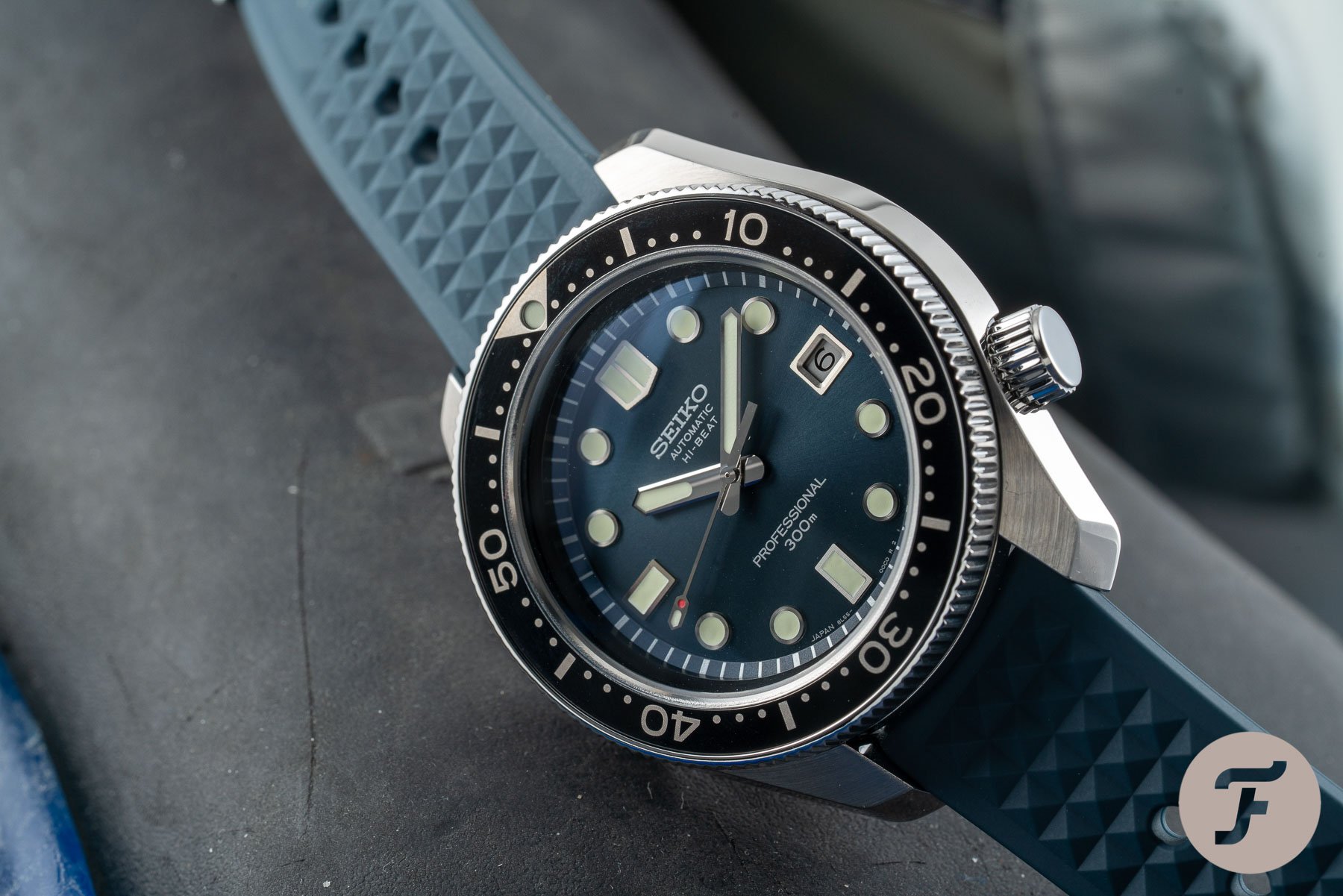 Because of the alloy used for these anniversary models, they have a whiter hue than regular steel watches. This distinct metal color combined with the blue details give these models their own look. Seiko uses blue-grey in its communication to reflect the beauty of the sea while hinting at the brooding intensity of its greater depths. Although the intended use of these watches is diving, having quite a few divers in my collection, only one of them has been below a few meters. I guess that’s proof enough that these colors work just as well on dry land… 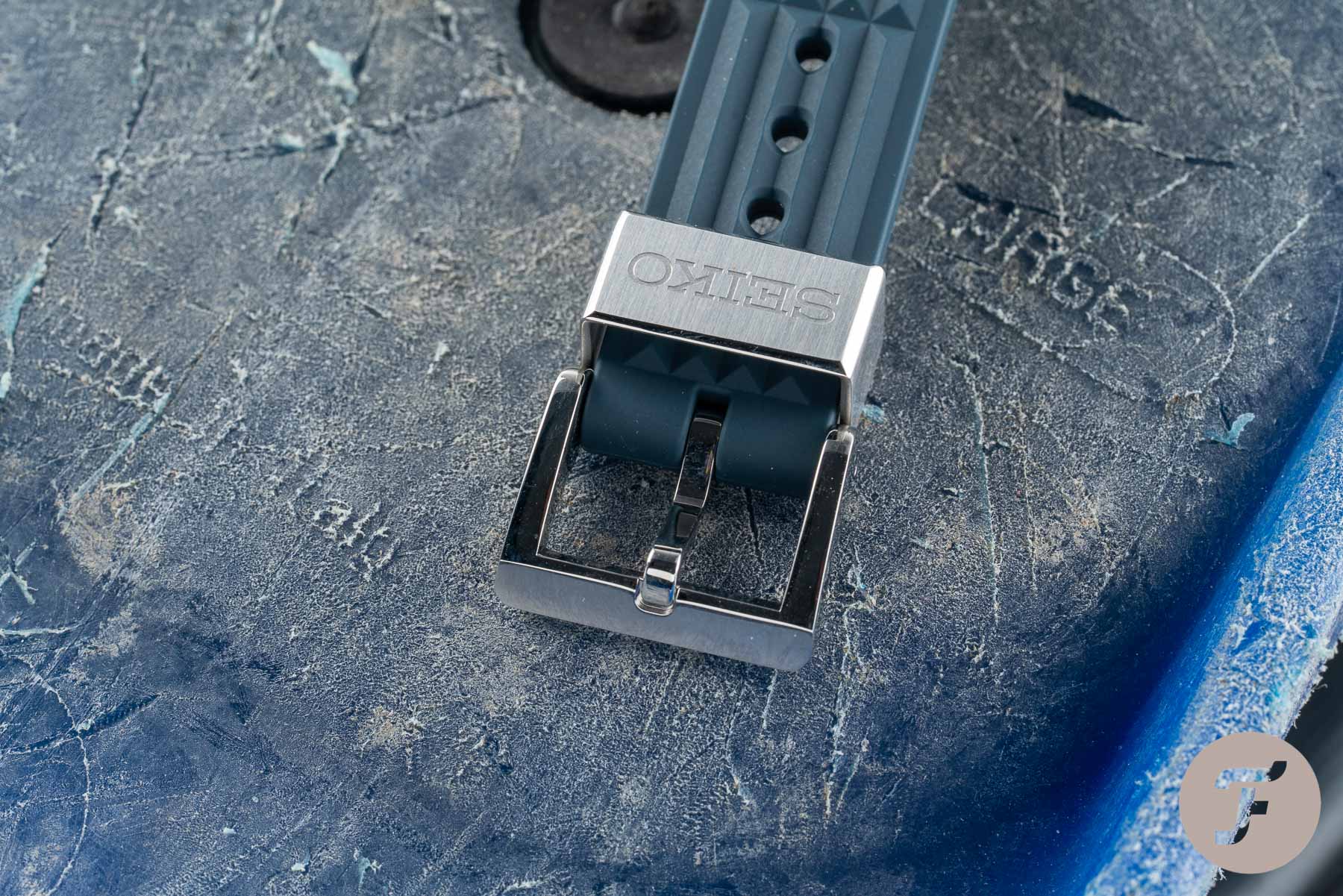 For the strap, a similar kind of blue was used and the combo looks great. As mentioned earlier these re-editions are easy to like, for a reason. While the original straps were made from rubber, nowadays they are made from silicone. Not only are they stronger compared to rubber, but they are also much more comfortable. The fact that it comes with a pyramid structure adds to the vintage look and feel as this is how these divers went over the counter back in the day.

With the looks of the SLA039 covered, time to zero-in on the more technical details. Like the original Professional Diver from the ’60s, this re-edition comes with the same one-piece case. Just look at the back and you will notice there is no removable case-back. At the same time as the launch of the first Professional Diver, Seiko also introduced the first hi-beat movement. Hi-beat movements cope better with shocks and impacts (the kind of concerns a diver might expect to encounter) than their slower-beating counterparts and are well-suited to this style of watch. 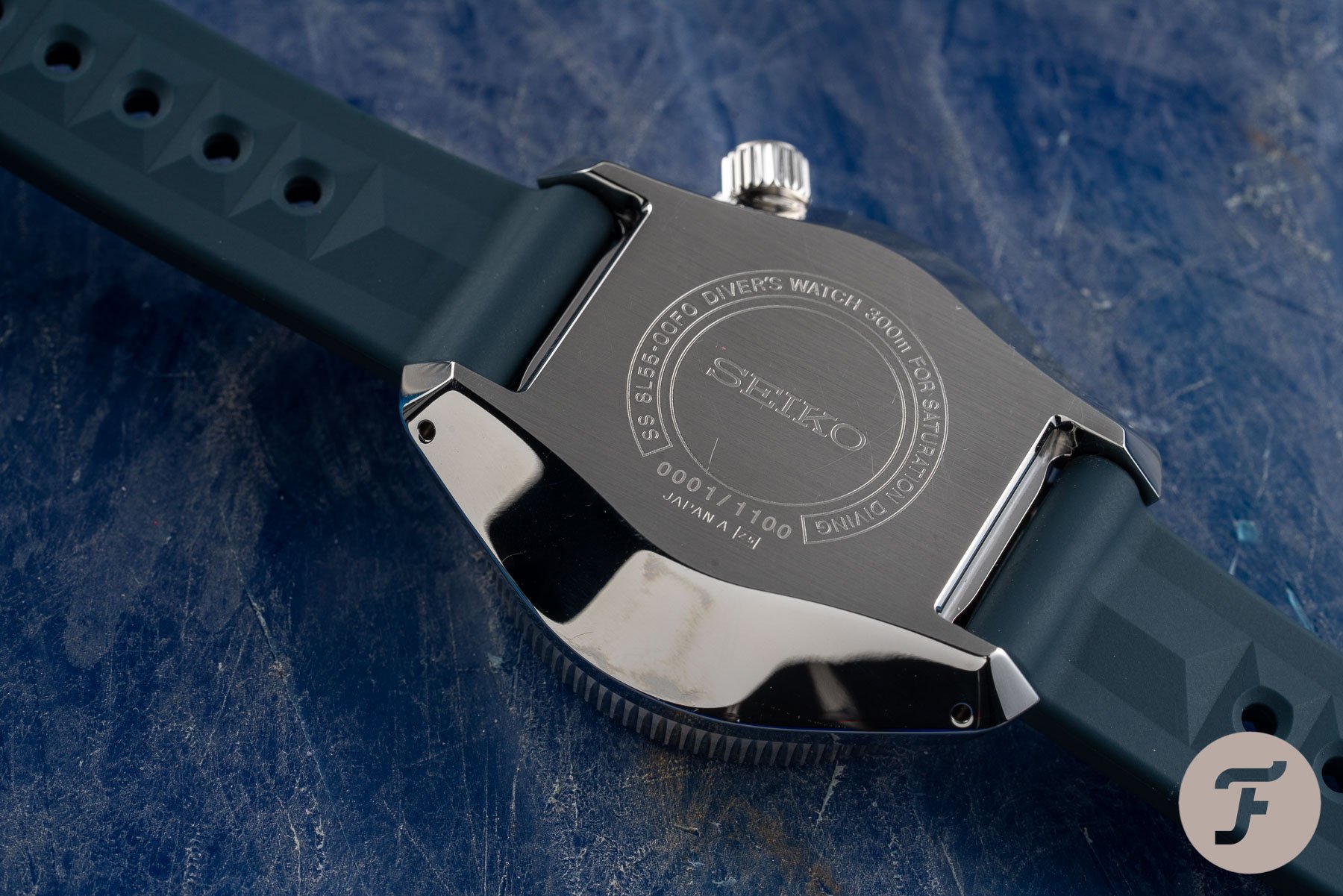 The Seiko Prospex SLA039 runs on the hi-beat caliber 8L55 which was developed for the brand’s top line of divers. Another watch that features this caliber is the SLA025 which was launched in 2018. This automatic movement ticks at 36,000vph and offers up to 55 hours of power reserve. As you can expect from a diver it comes with pretty standard functions. Time and date combined with a unidirectional diving bezel. 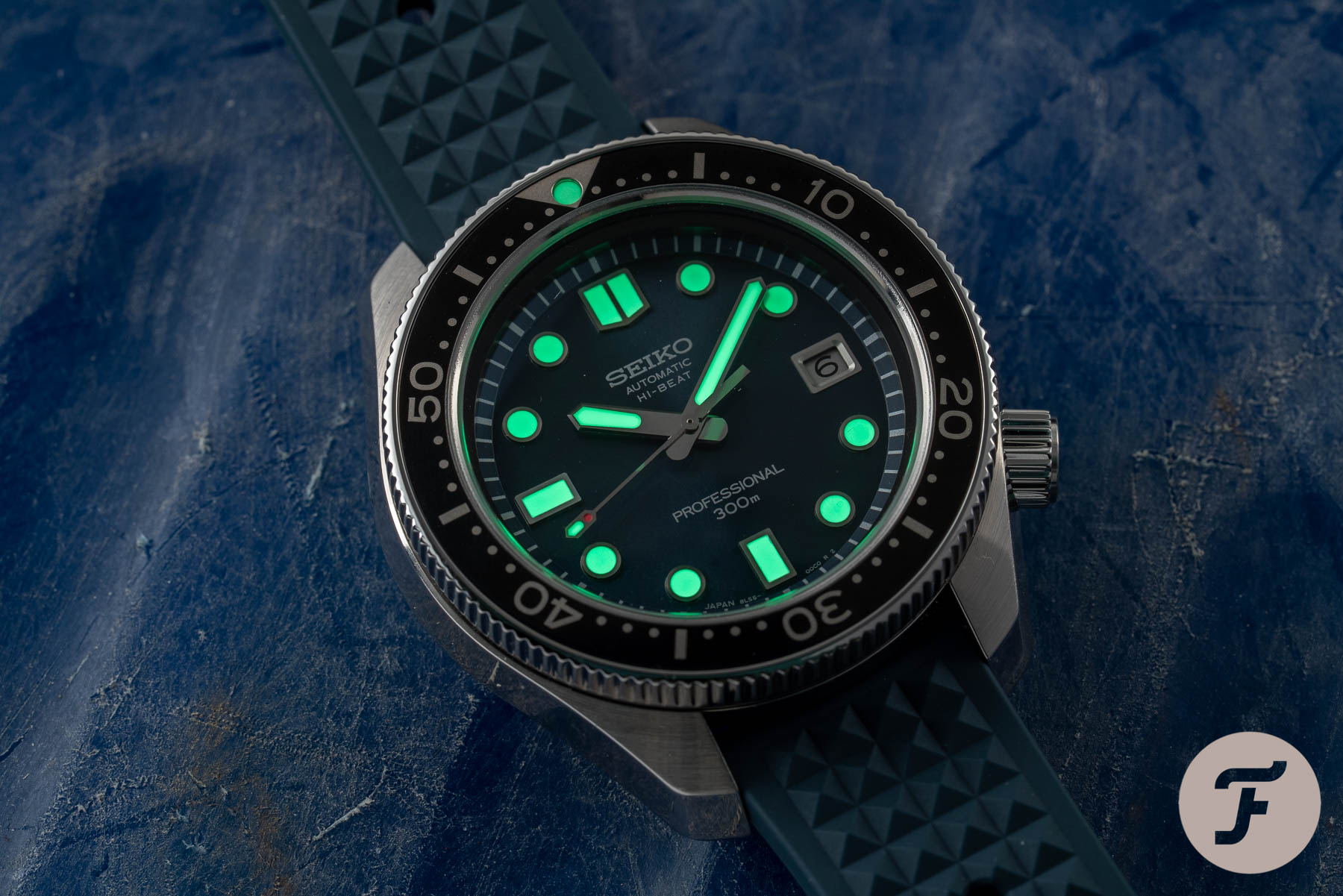 Additionally, a screw-down crown is present. When pulled out it stops the movement. On the hands, hour markers, and bezel LumiBrite is applied. According to specifications, it should last for about 3-5 hours which is much longer than most other luminous materials found on watches. Another detail worth mentioning is the dual-curved sapphire crystal with anti-reflective coating on the inside.

So is it all praise and awe for the Seiko Prospex SLA039? Well, we haven’t mentioned the price yet, so no. As it comes with a retail price of €7,000, this somehow feels like a lot of money. Comparing it to the similar SLA025, which didn’t come in the Ever-Brillant Steel, the price has gone up by about 1,5K. In the end, it all comes down to how much you love this or any other watch that you are interested in. It’s not hard to imagine how this piece puts the biggest smile on your wrist each time you look at it. And in the end, that’s what’s it all about. 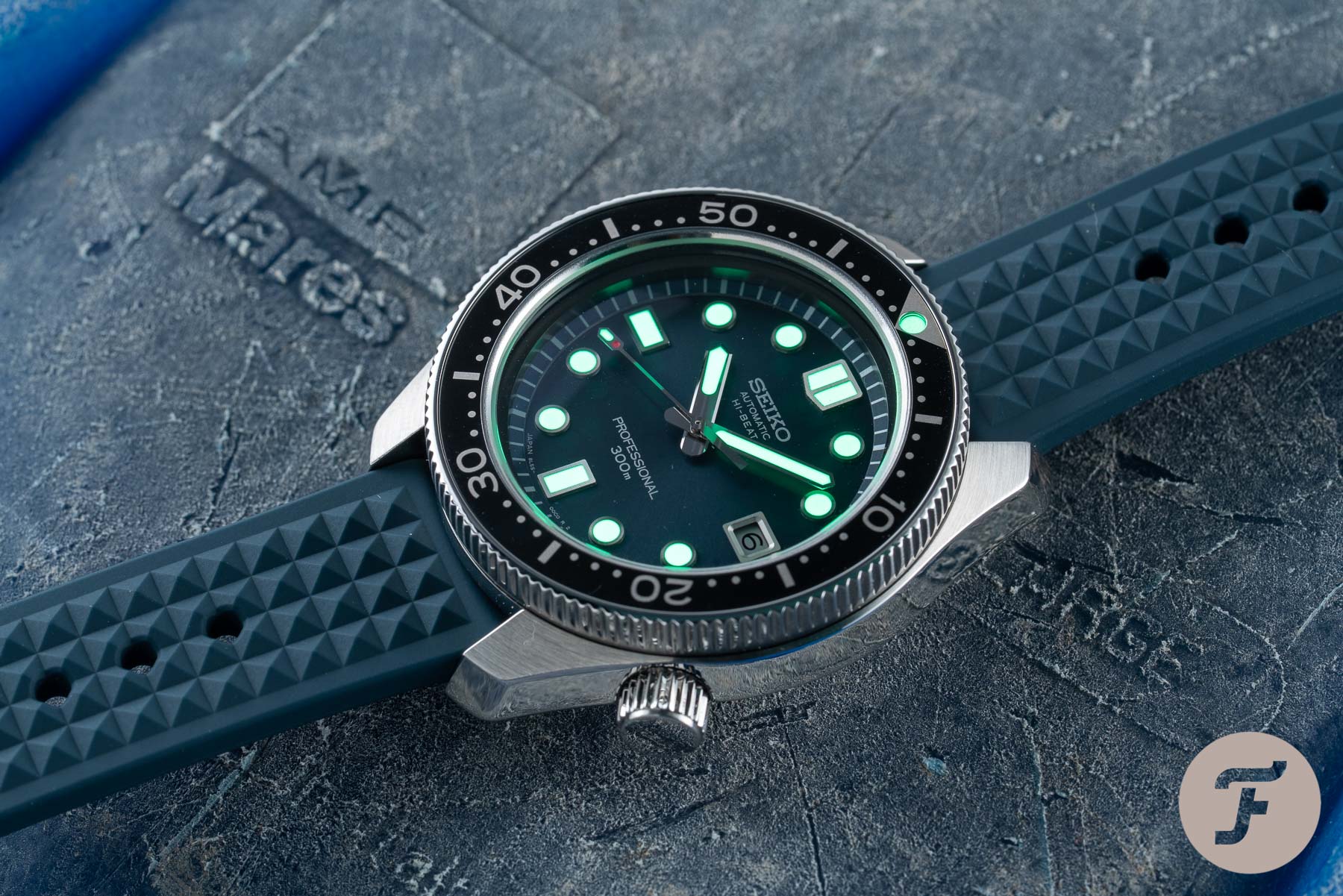 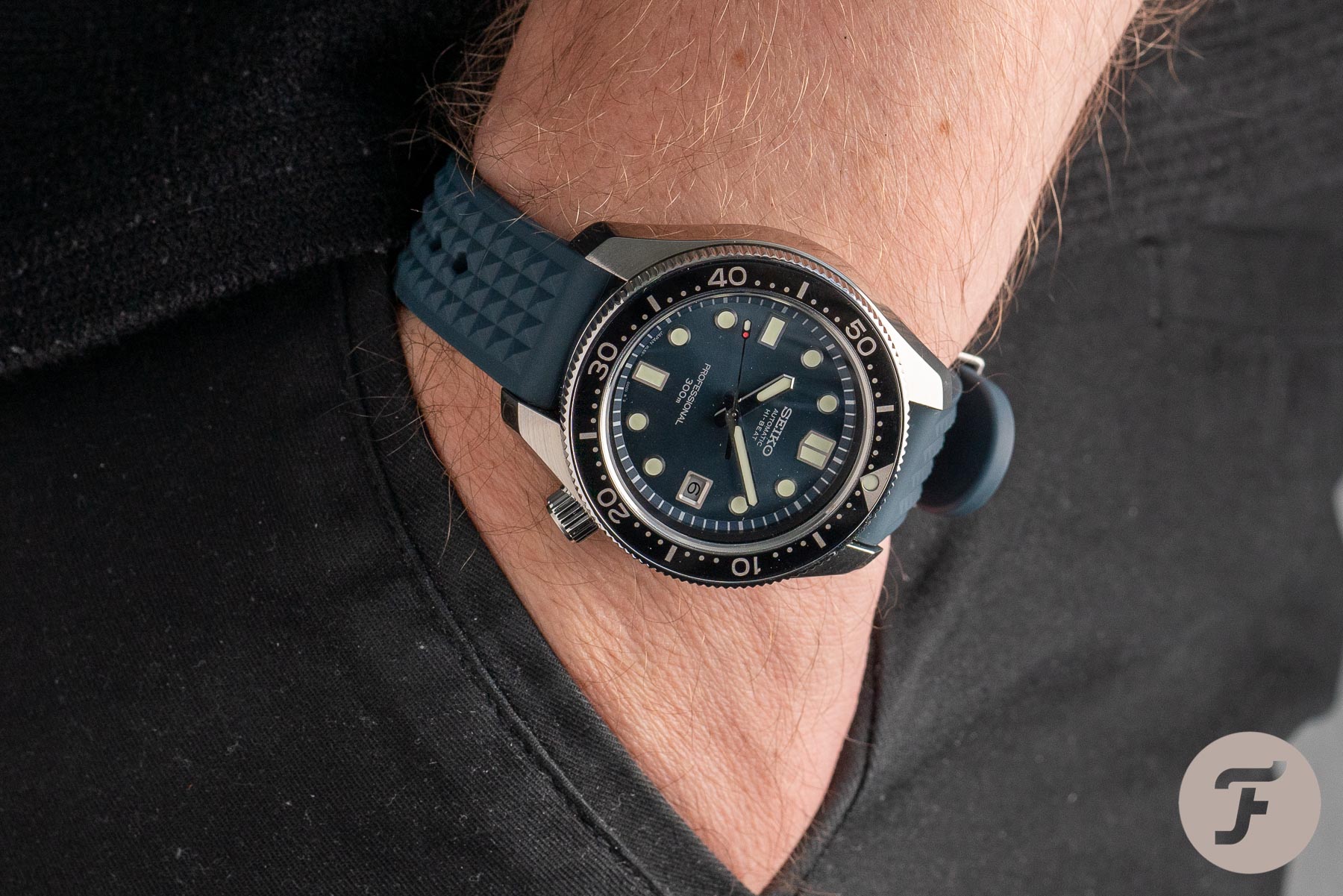 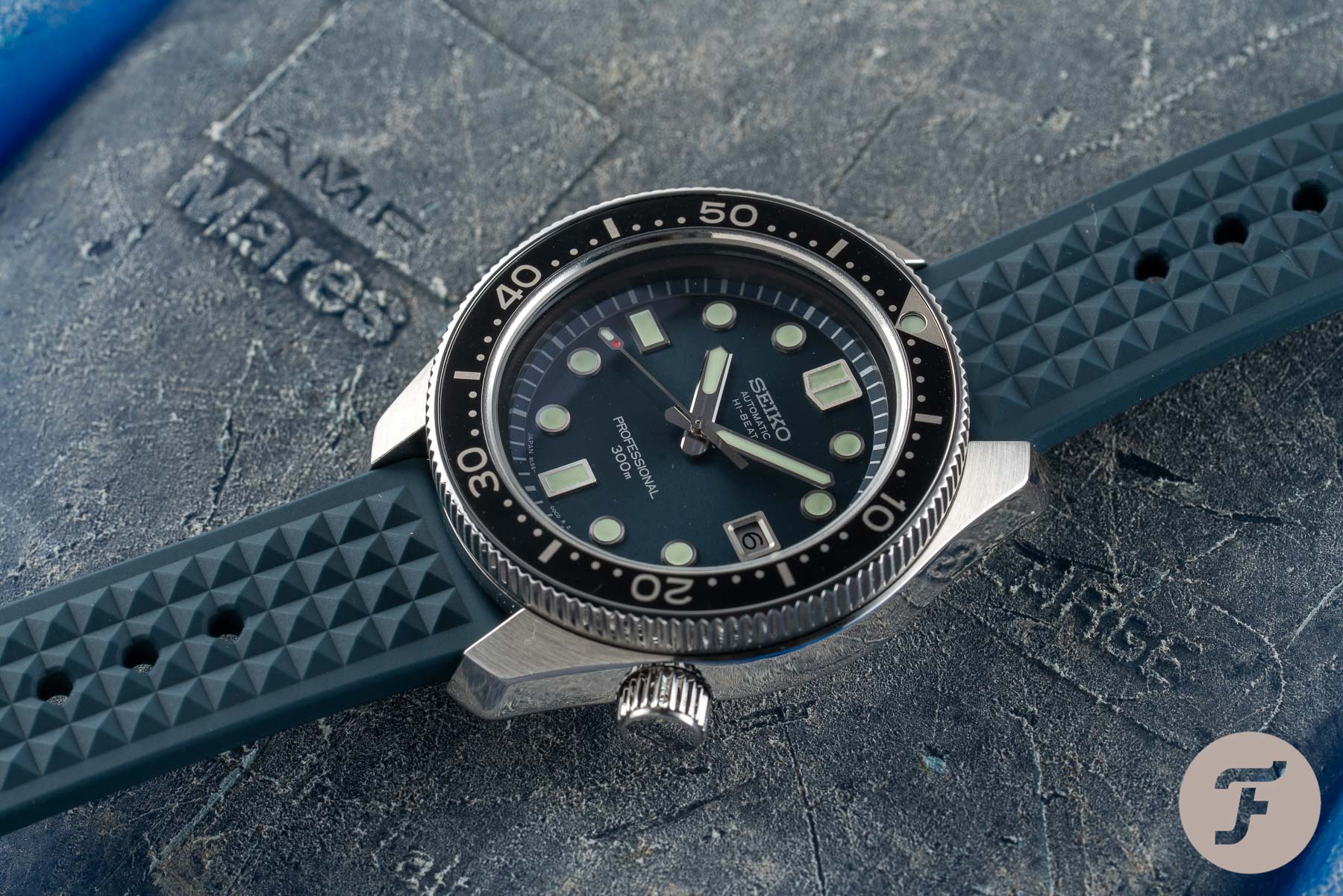 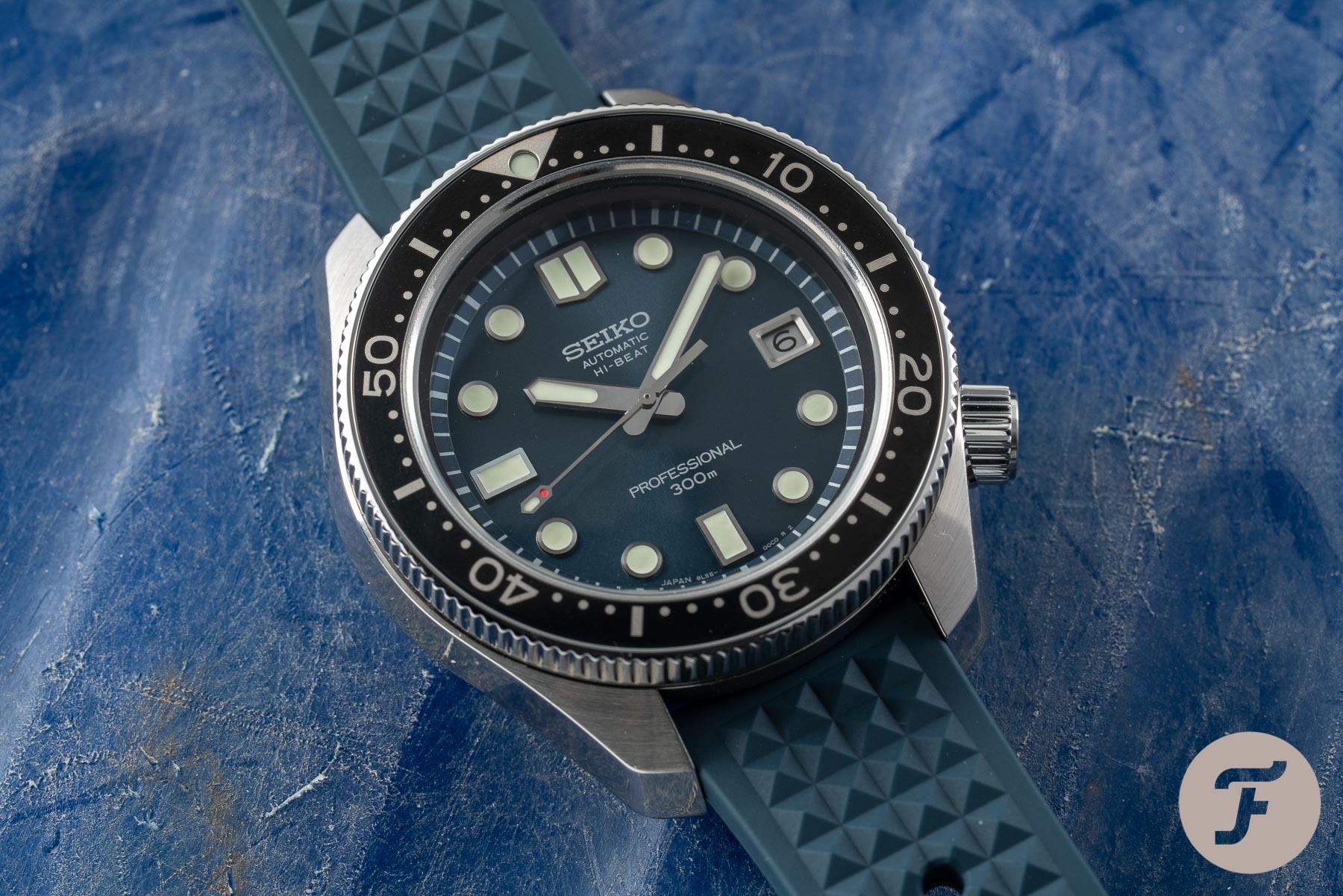 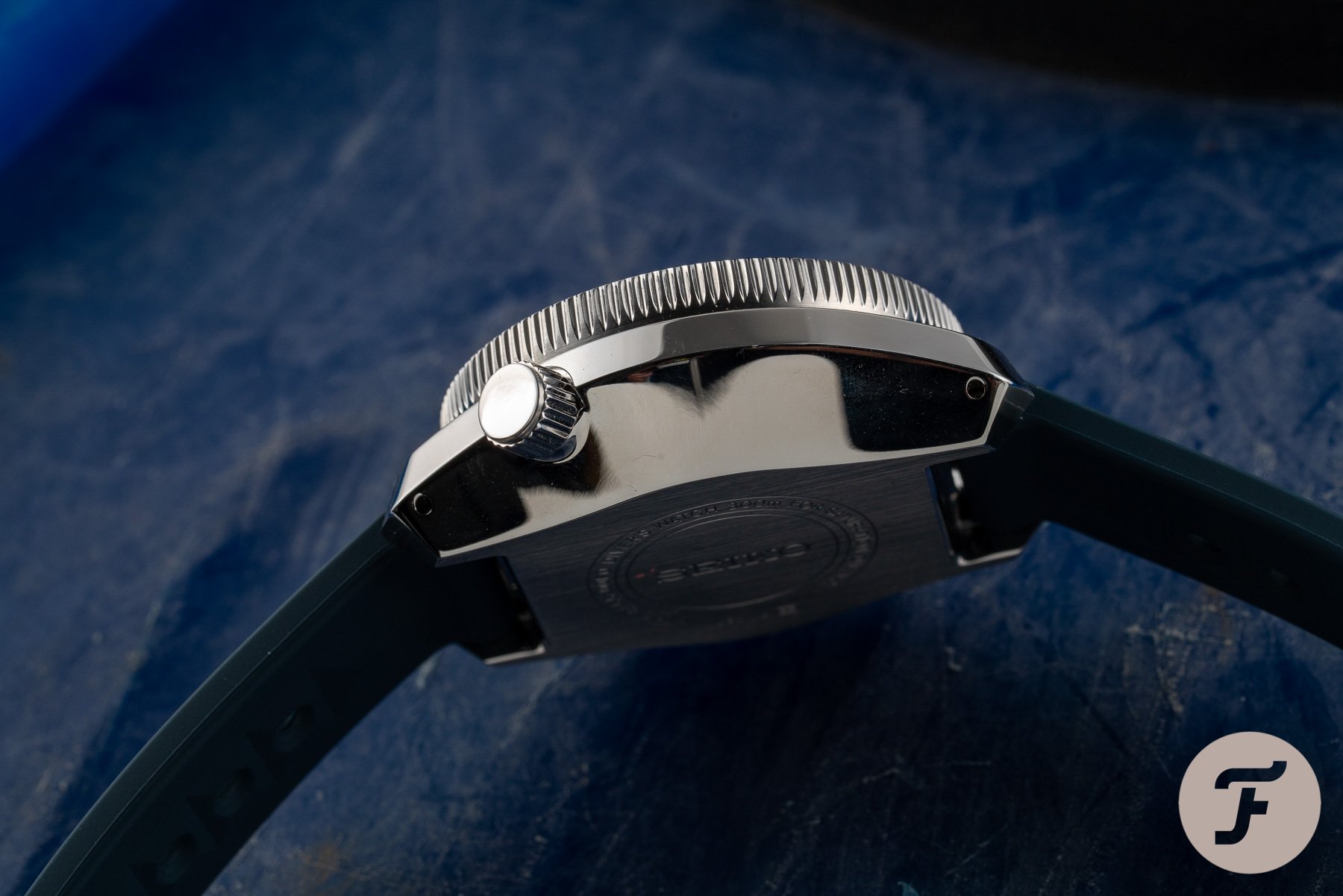 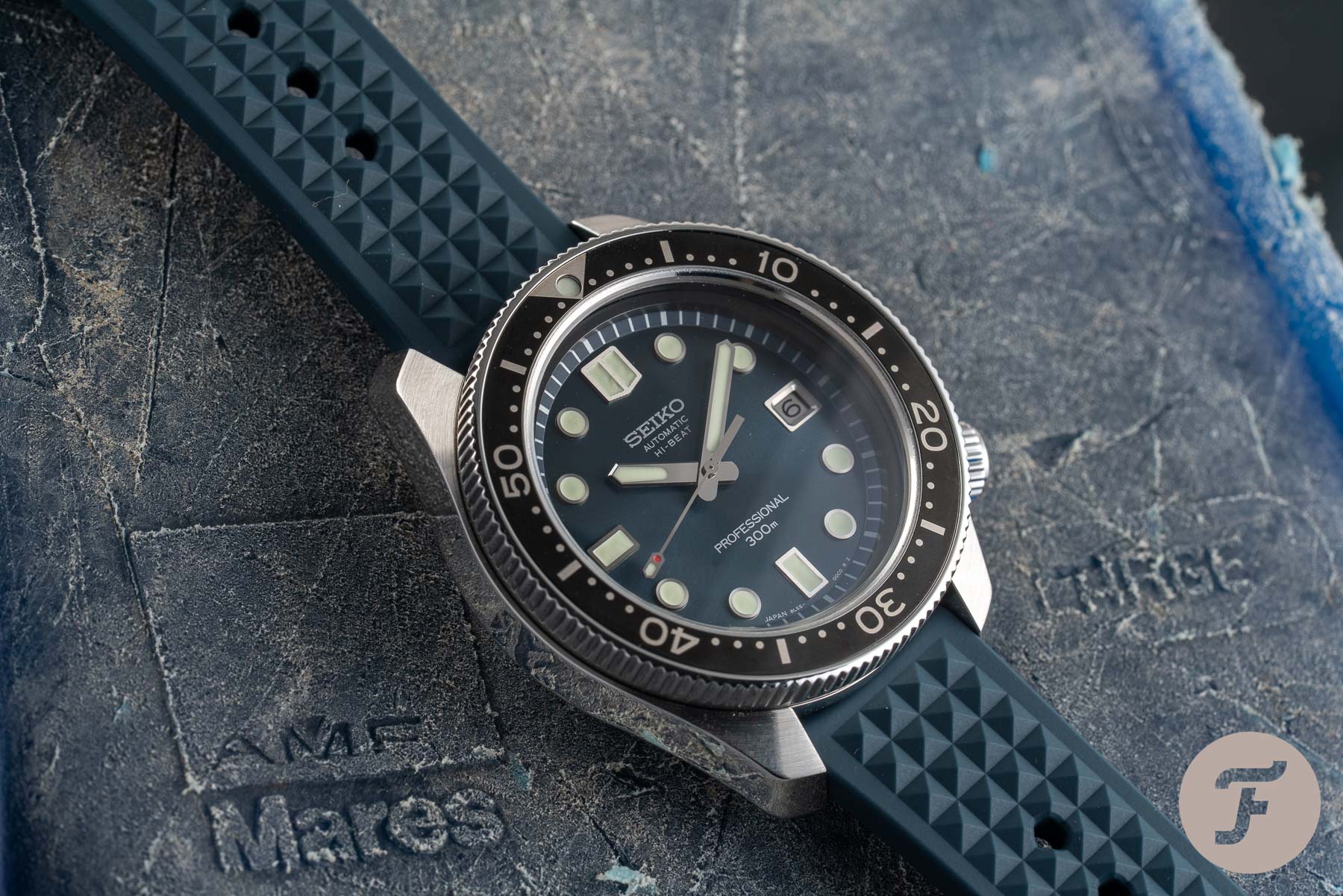 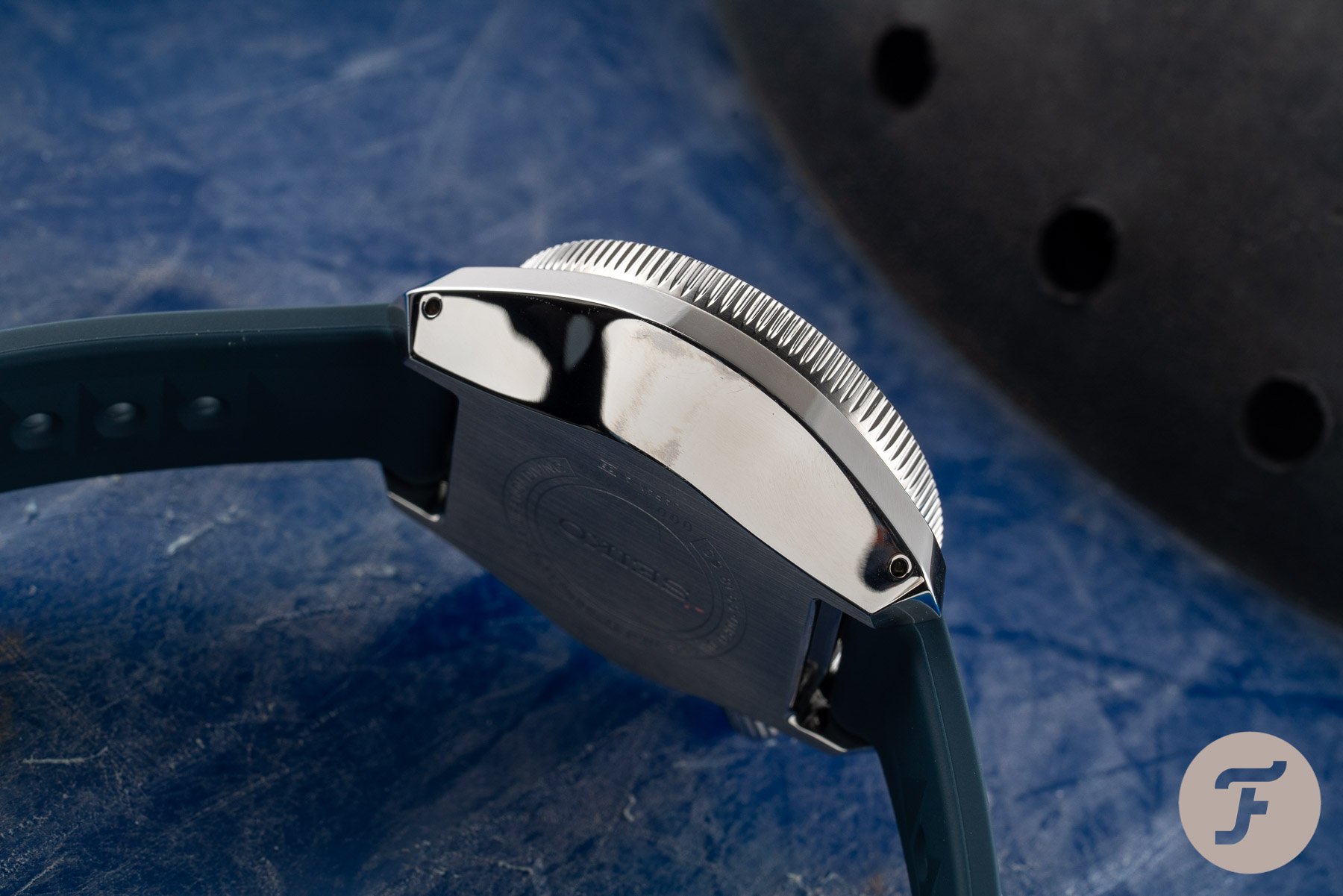 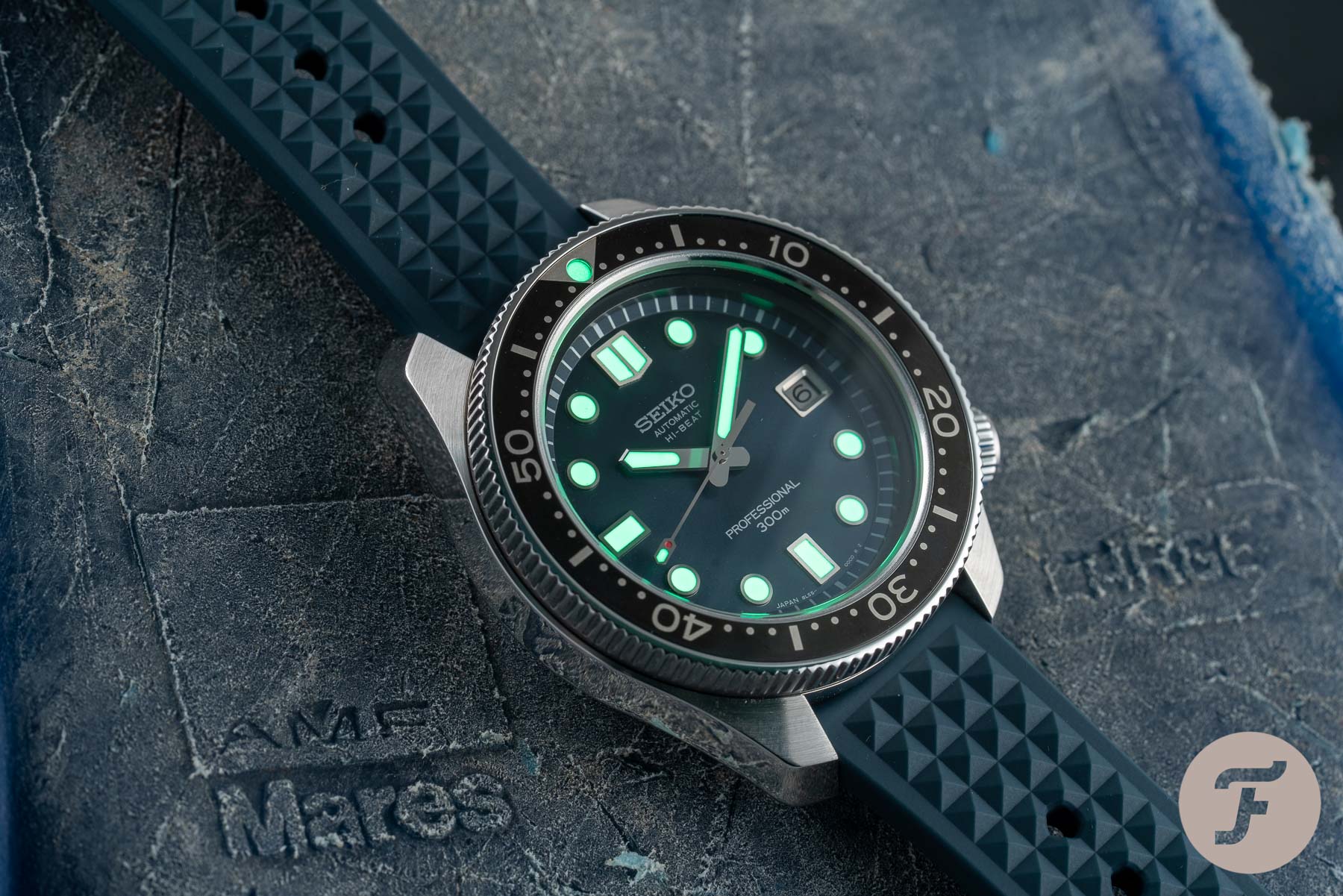 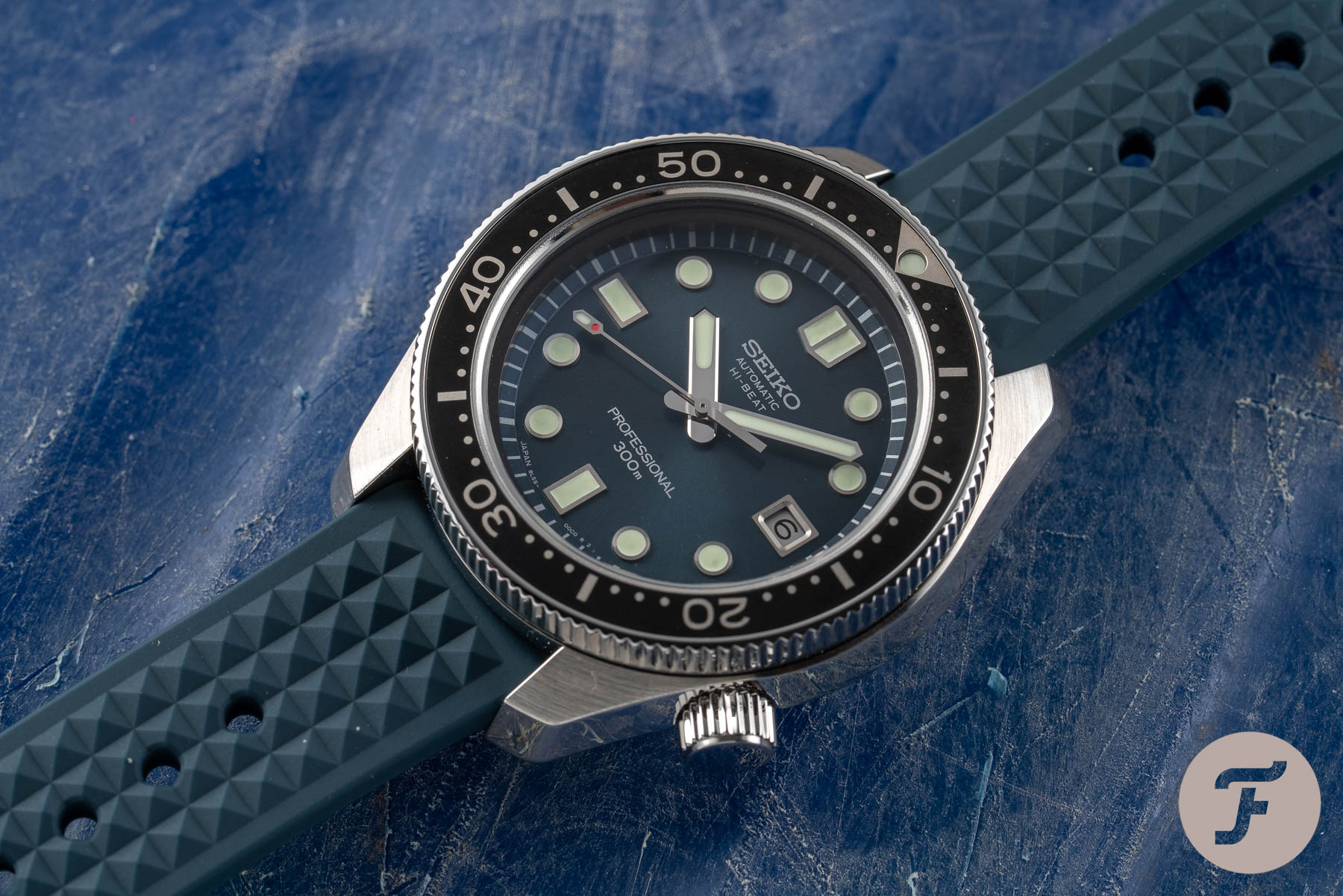