Say hello to the new Seiko Prospex Diver’s watch, a Presage, and an Astron. In 2021, Seiko celebrates its 140th anniversary. Founded in 1881 by the then 21-year old Kinto Hattori, Seiko grew to be one of the leading watch companies in the world. Today, Shinji Hattori has been leading the company since 2003, continuing to honor the legacy of his grandfather.

As you know, Seiko only needs a sunrise or sunset to come up with yet another amazing dial variation. For its 140th anniversary, Seiko kicks off with a number of limited-edition models across the collection. Let’s start with the most popular one, the Prospex Diver’s collection.

To celebrate this laudable milestone, Seiko has gifted us with three green-dialed limited editions, two with a mechanical movement and one powered by quartz. All three Prospex Diver’s 140th-anniversary watches are inspired by the island of Iriomote in the Okinawa prefecture. Its nature is reflected in the green dials of these watches. I admire Japanese nature a lot but also wonder what happens when there’s none of it left to inspire the Seiko and Grand Seiko dials? Why can’t a green dial just be a nice green dial, for example? 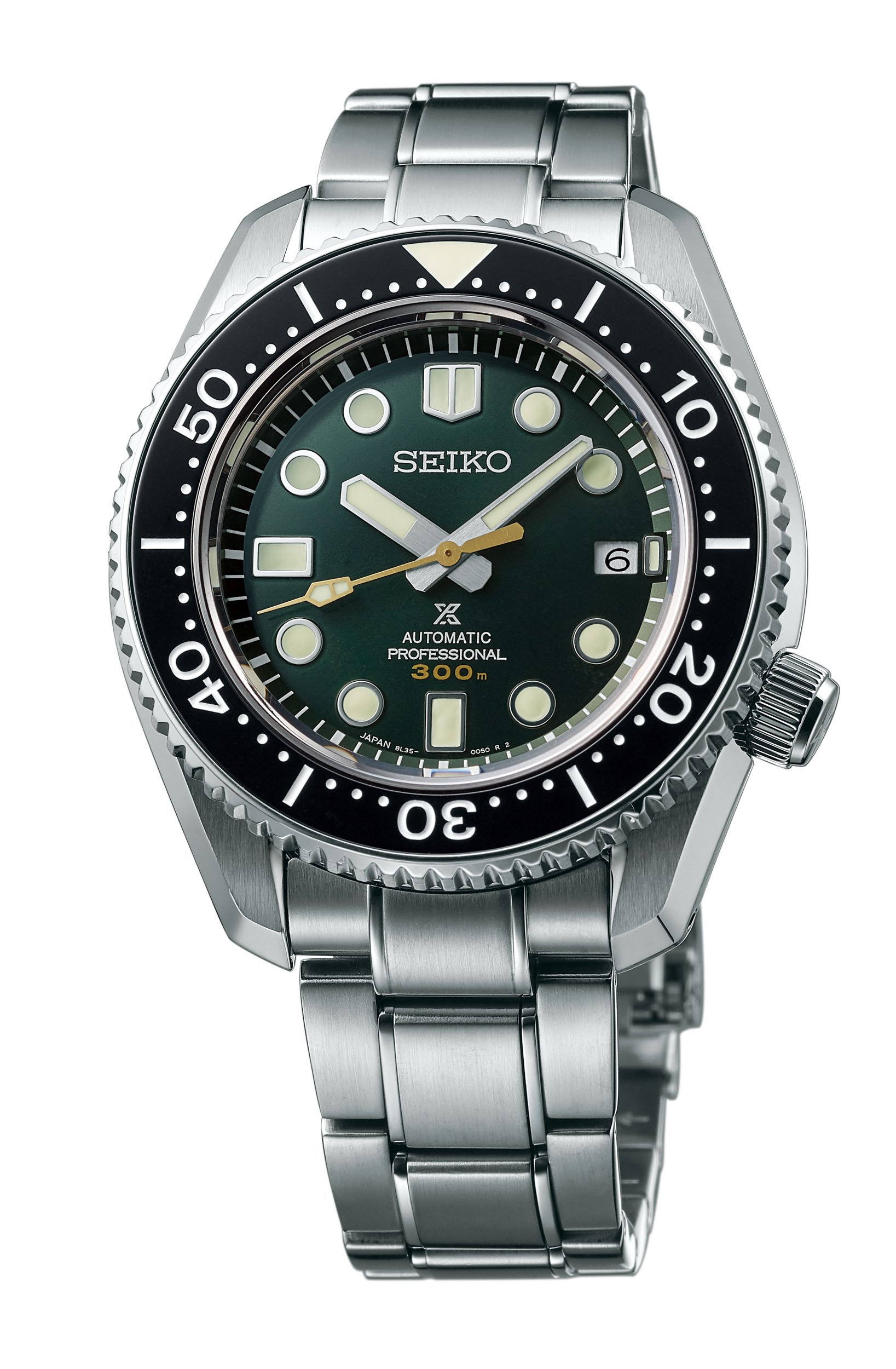 In any case, I like the SLA047 best of the three Prospex Diver’s 140th-anniversary watches. It is based on the brand’s 1968 diver, like the Marinemaster 300. Inside, we find the 8L35 movement, based on the Grand Seiko 9S55 movement. The 44.3mm×15.4mm diameter monobloc case is made of steel and has been finished using Seiko’s famous Z-word polishing method. It comes on a steel bracelet and you will also receive a silicone strap with it. It will be limited to 3,000 pieces only, and the retail price is €3,300. I have a weak spot for the Marinemaster 300, and this is just a beautiful variation on the previous models. 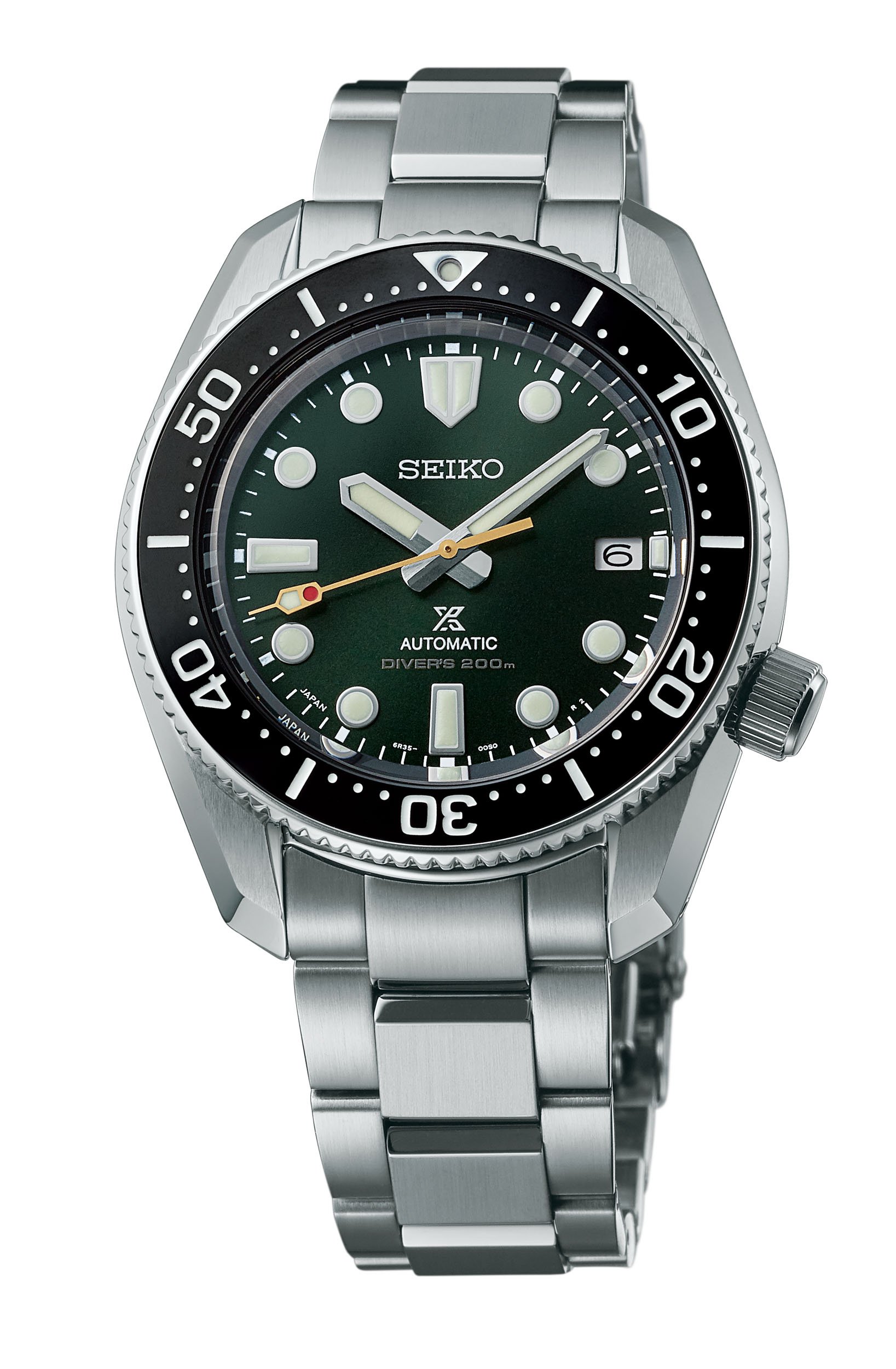 The official name for the Seiko SPB207 is the Prospex 1968 Automatic Diver’s Modern Re-interpretation. That’s more like a description than a model name, but this watch is basically inspired by the same diver that inspired the SLA047. But, with a friendlier price tag. That also means that the specifications are slightly different of course. But nevertheless, it is impressive what Seiko can bring to market for €1,400. This 42mm×12.5mm case is made of stainless steel, has a sapphire crystal, and is powered by their 6R35 caliber. Besides the stainless steel bracelet, Seiko also included a silicone strap for the SPB207. The SPB207 is limited to 6,000 pieces. 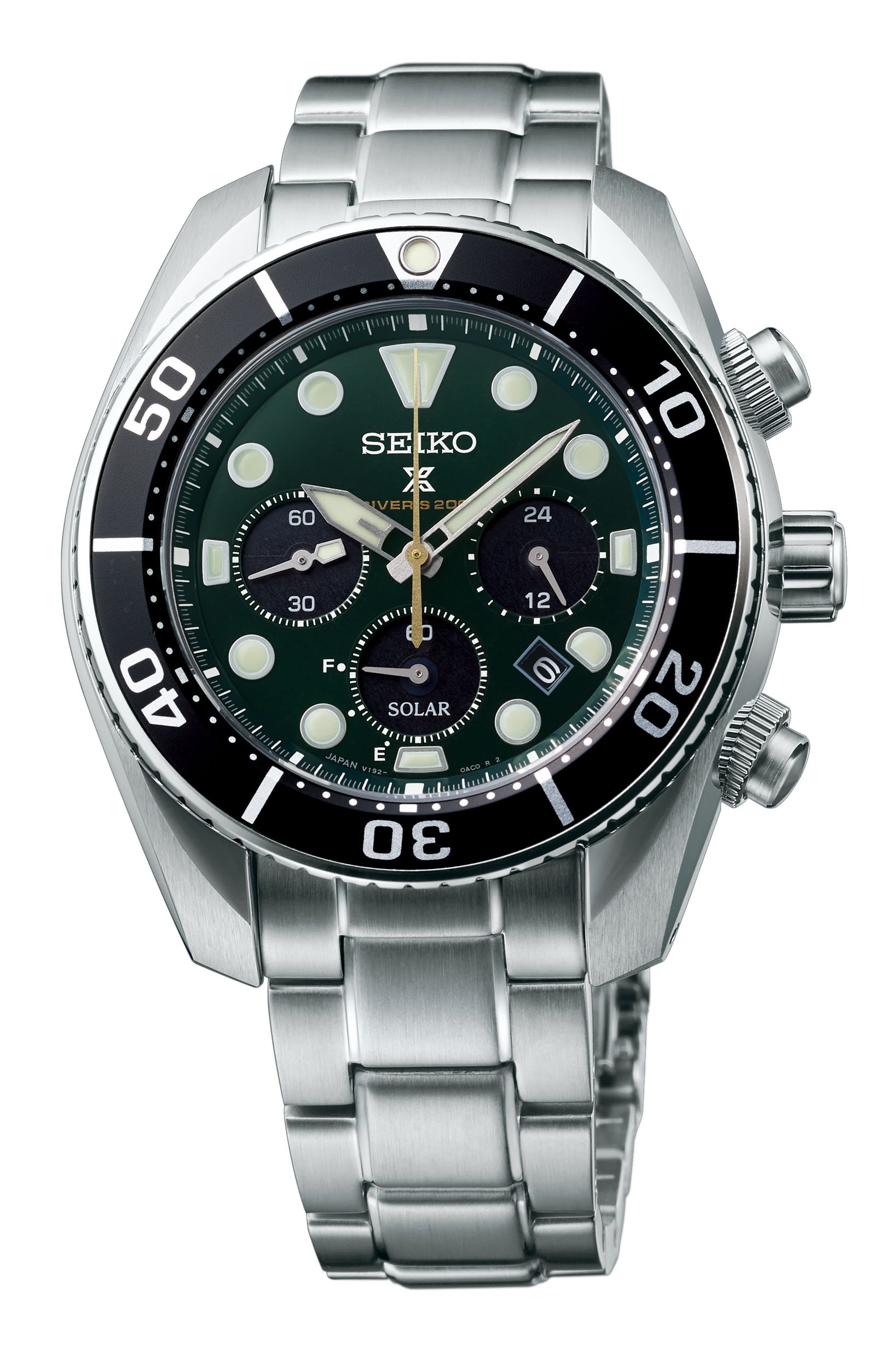 This Prospex Diver’s Solar Chronograph is powered by the Seiko V192 movement, a solar-powered quartz chronograph caliber. Seiko’s SSC807 measures 44mm in diameter and has a thickness of 13.7mm. This chronograph will be limited to 4,000 pieces worldwide and has a retail price of €790. Including an additional silicone strap. To me, this is the least exciting of the three due to the quartz chronograph movement. However, it also aims at a different audience from the other two.

Seiko’s Presage Sharp Edged Series was introduced in 2020, and now welcomes a very special edition for the 140th anniversary of the company. Sharp angles and flat surfaces remind me of Grand Seiko’s design cues, and that is of course no coincidence. With these Presage models, you will be a step closer to the Grand Seiko design. For a very attractive price, I might add, as the SPB205 will retail for €1,190 and is limited to 4,000 pieces. 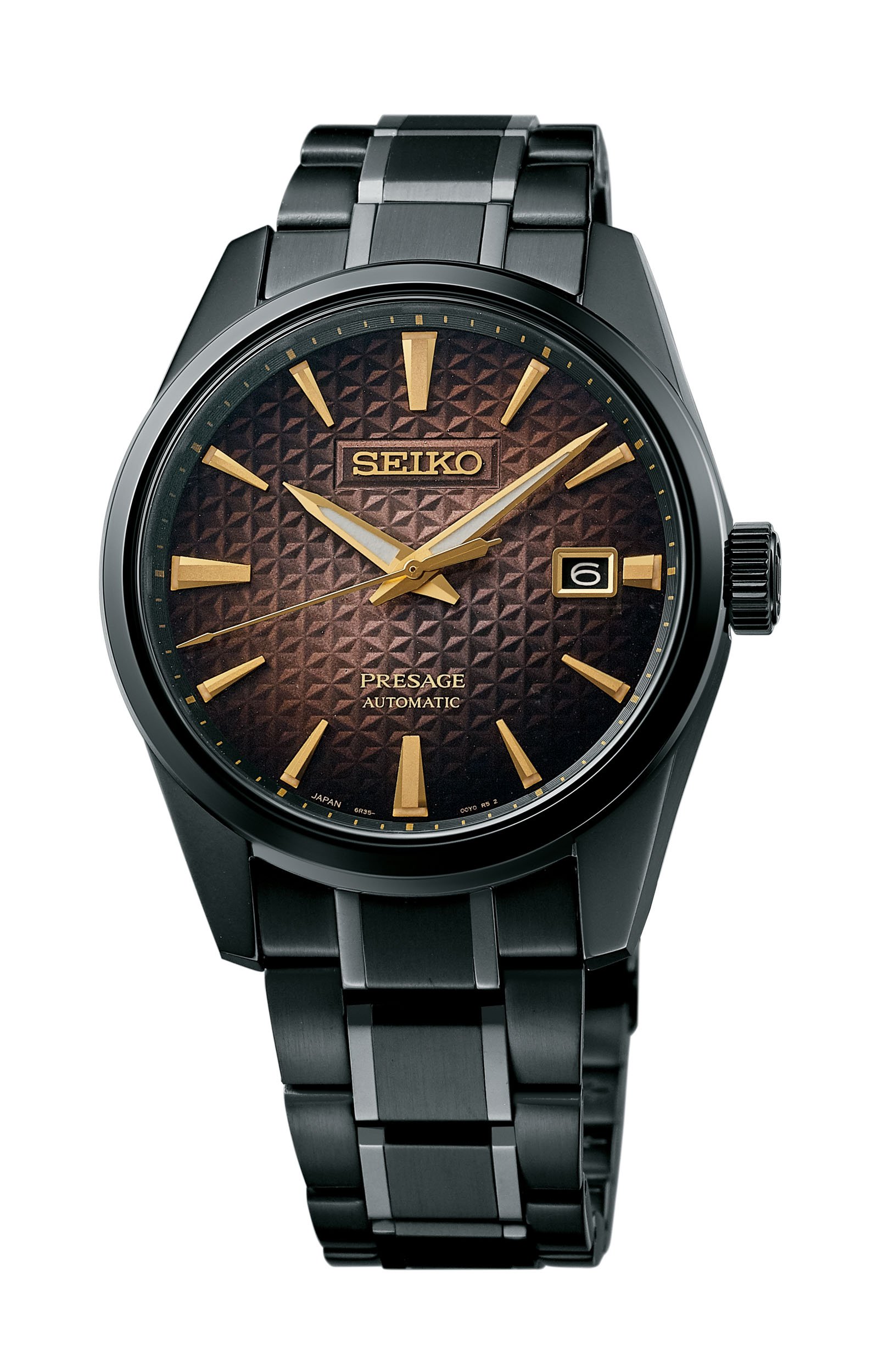 The Seiko SPB205 is inspired by Tokyo at dawn, resulting in this black dial with rose gold hour markers and hands. This watch also has the caliber 6R35 inside, with a power reserve of 70 hours. Its diameter is a very modest 39.3mm (thickness 11.1mm), so it will fit most wrists for sure. As you can see, the stainless steel has been coated in black and according to Seiko, you don’t have to worry about it wearing off. The Seiko SPB205 comes on a stainless steel bracelet, also coated in black, and an additional silicone strap.

Last but certainly not least, a new GPS Astron watch marks the festivities. Although I am not particularly drawn by quartz watches, I make exceptions for Grand Seiko’s 9F and also for the GPS Astron calibers. It adds something to the table, especially when you are (or were, in the olden days) a frequent traveler. Those who want the most accurate timekeeping, can’t go wrong with the Astron GPS watches. 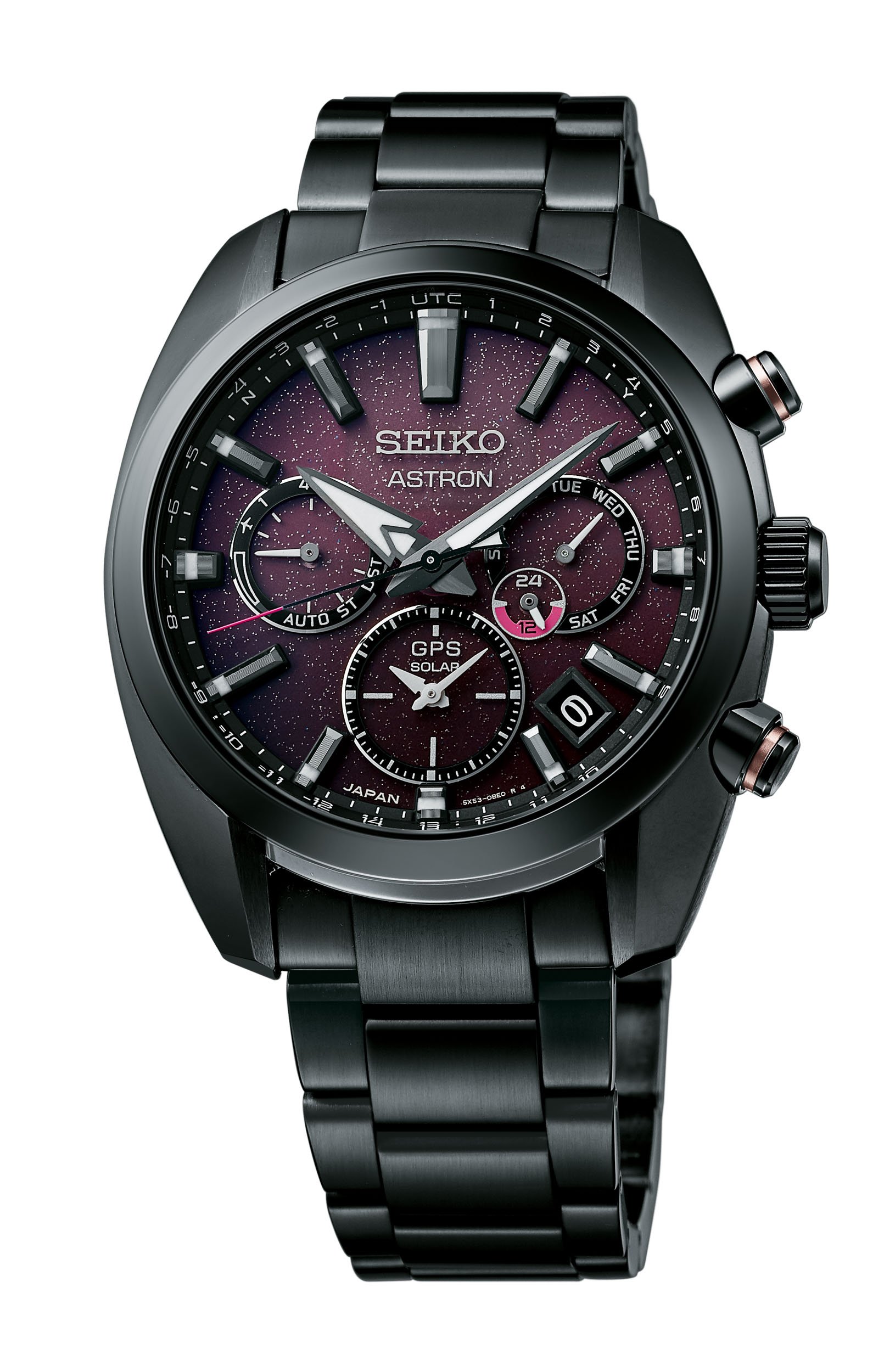 Here it comes: inspired by the Yozaura flowers as seen under a star-lit sky. The person who came up with this deserves a standing ovation. All joking aside, the Seiko SSH083 has an amazing dial for sure. A beautiful purple dial with a pink hue (are you man enough to wear this?), housed in a black coated stainless steel case with a diameter of 42.7mm (thickness is 13.3mm).

It has Seiko’s caliber 5X53 on board, which is GPS controlled and has time zone adjustment. Its world timer function is ready for all 39 different time zones, the watch will automatically adjust to DST and has a perpetual calendar up to February 2100. This model is limited to only 1,500 pieces worldwide, and it will retail for €2,300. Aside from the two mechanical green-dialed Seiko Prospex Diver’s watches to celebrate the 140th anniversary of Seiko, this Astron is one of my favorites.