The first thing that comes to mind when I look at 99.9% of all Prospex models is: “damn that’s a lot of watch!” They’re bold, they’re big, they’re present, they’re robust, and, last but not least, a Prospex diver gives you a lot of bang for the buck. The new Seiko Prospex Naomi Uemura 80th Anniversary Limited Edition Watch models in deep blue and (unlimited) dark gray, provoke the same initial reaction. But luckily this write-up will go a lot deeper than that.

The “professional specifications” diver’s watches from Seiko have quite the reputation. In the field and with the desk diver’s crowd. Makes sense. Seiko has been at the forefront of the development of diver’s watches for decades. That led to many highlights, world records and world first’s — excellent material for marvelous marketing moments. As a result, people want to be part of the Prospex world of unlimited adventure. But it wasn’t just storytelling that conquered the wrists of many. No, it was the product itself. A Prospex watch is a sturdy, reliable, thoughtfully designed, well-finished instrument with a fair price. Cue Naomi Uemura for some background on the limited edition deep blue SLA049J1, and the unlimited dark gray SLA051J1. 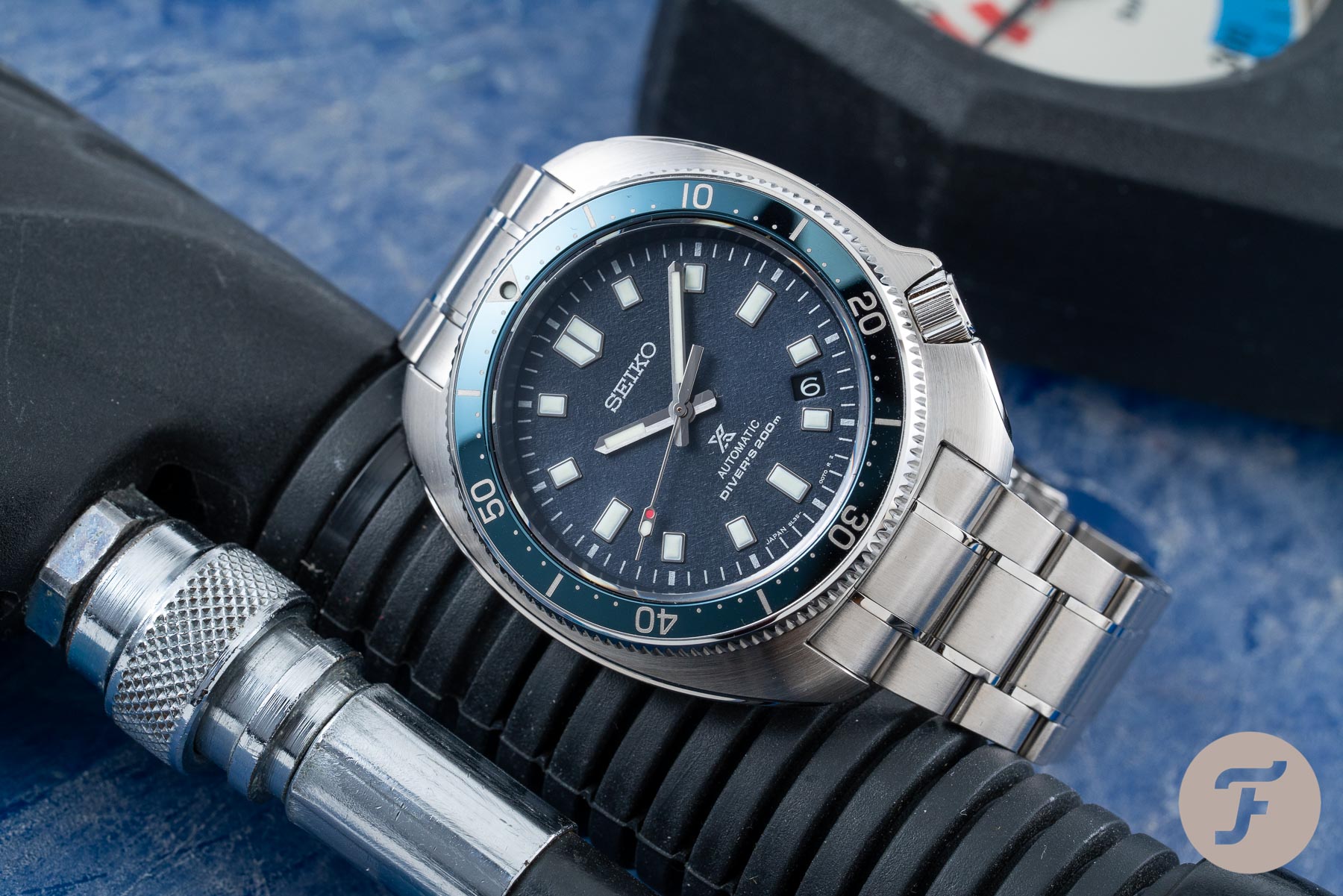 Naomi Uemura (1941-1984) was a Japanese university student who wanted to climb mountains instead of the stairs in the auditorium. And so he did. Fanatically. By the age of 29, he had summited Kilimanjaro, Mont Blanc, and the Matterhorn. And in 1970 he became the first Japanese mountaineer to reach the summit of Everest. Just three months later he reached the top of Denali in Alaska and thus became the world’s first adventurer to reach the tallest peaks on all five continents. Denali played a crucial role in Uemura’s life because the mountain that gave him a world-first also took his life. In 1984, he tried to climb Denali in winter — the harshest of times and conditions you can imagine — but disappeared forever on the descent. 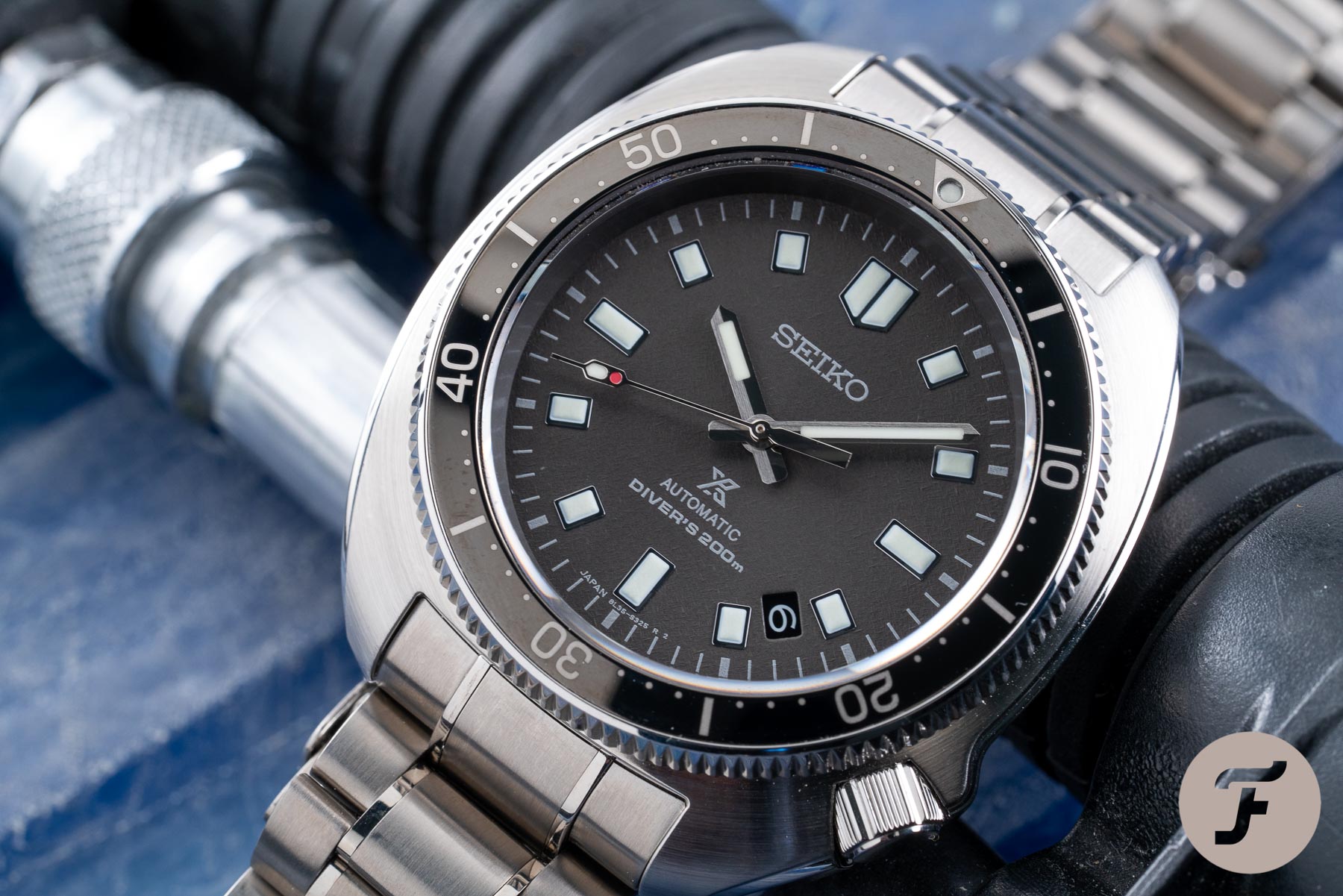 In the prime of his life and on the top of his exploration career Uemura wore a Seiko 1970 diver’s watch. His watch had a flowing case design with an asymmetrical extension that protected the crown at four o’clock. With 150-meter water resistance and luminous hands and indexes, this tough watch was perfectly adapted to extreme situations.

From 1974 to 1976 Uemura wore this diver’s watch and took it on his a 12,500km solo dog-sled run from Greenland to Alaska for instance. And now that watch is back as part of the Seiko Prospex 1970 Diver’s Watch collection. The Seiko Prospex Naomi Uemura 80th Anniversary Limited is a luxurious re-creation of Uemura’s adventure watch. This reference SLA049J1 is a limited edition of 1,200 pieces and celebrates the 80th anniversary of Uemura’s birth year with a blue dial reminiscent of the mountainous terrain he explored and the blue sky he so loved. The SLA051J1 with a textured charcoal gray dial is an unlimited modern re-interpretation. 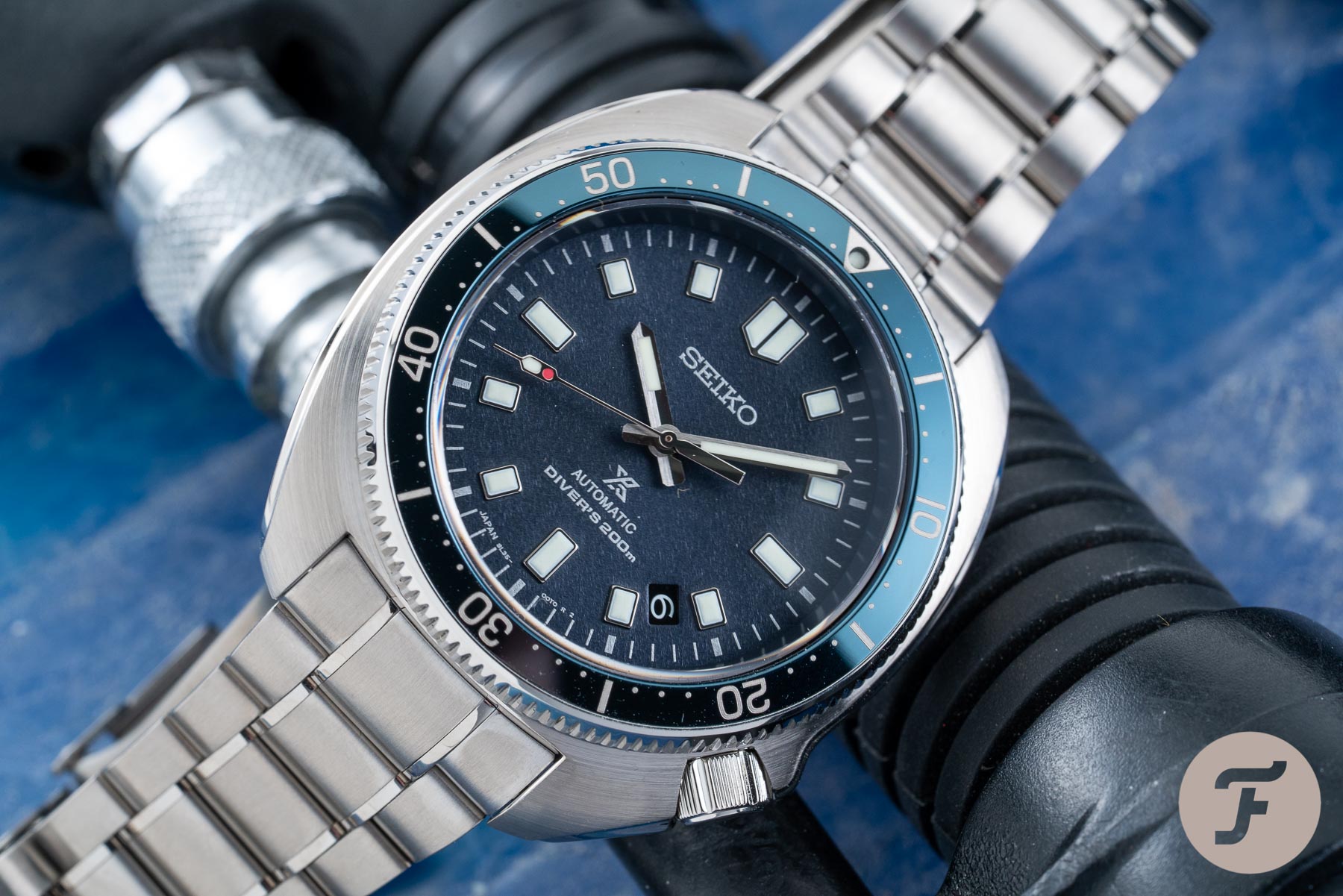 The SLA049J1 and SLA051J1 are exactly the same, only the dials are different: textured blue and charcoal gray that make the watch very easy to read. All the rest of the specs are similar. Except for one more thing. The limited SLA049J1 comes with an extra blue silicone strap with the original train track pattern. 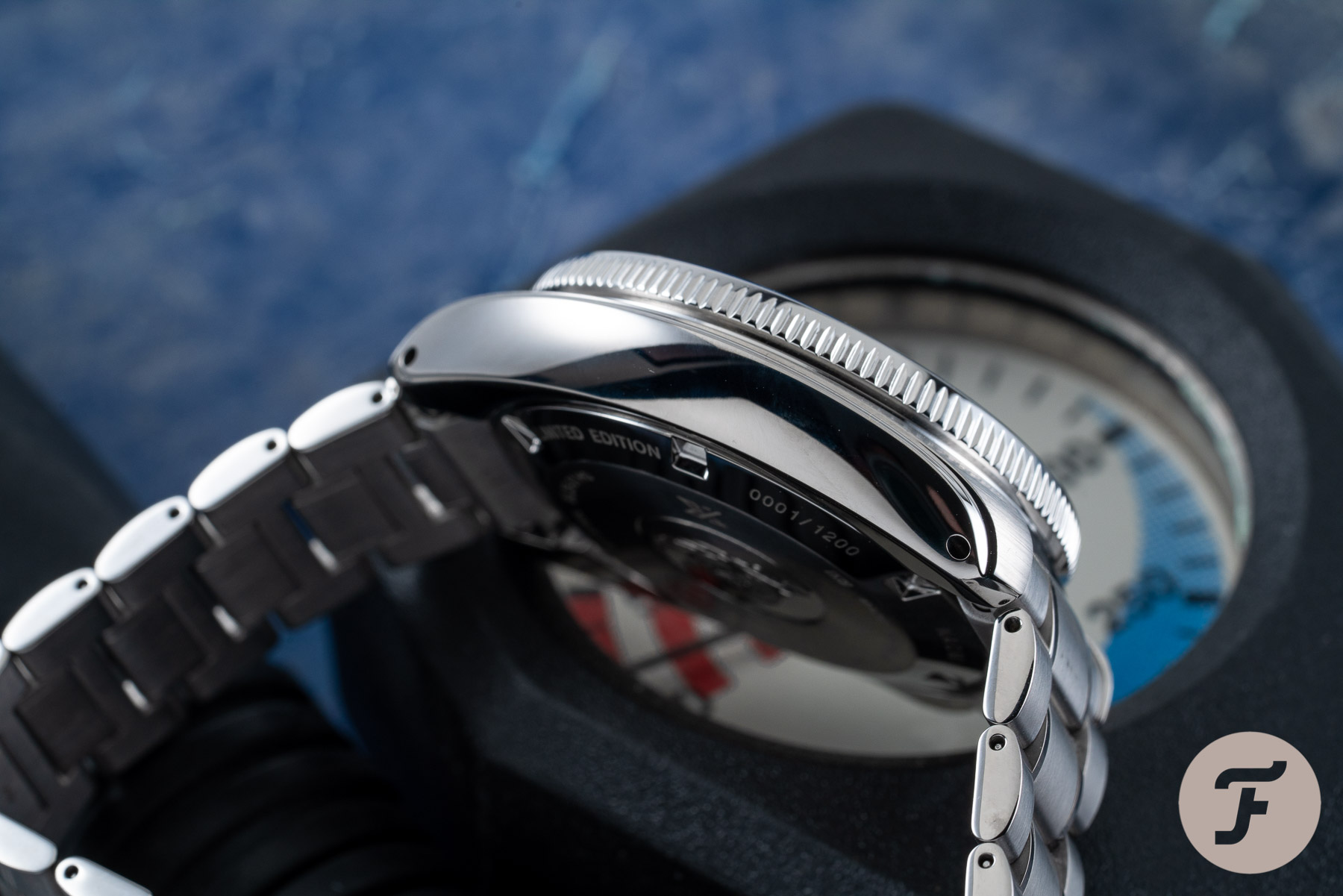 Now for the similarities. Both watches come in a steel 44 × 13mm case. And because of its shape – I guess this is really a love/hate kind of flying saucer-like case design – it’s also worth mentioning the length of 49.3mm. 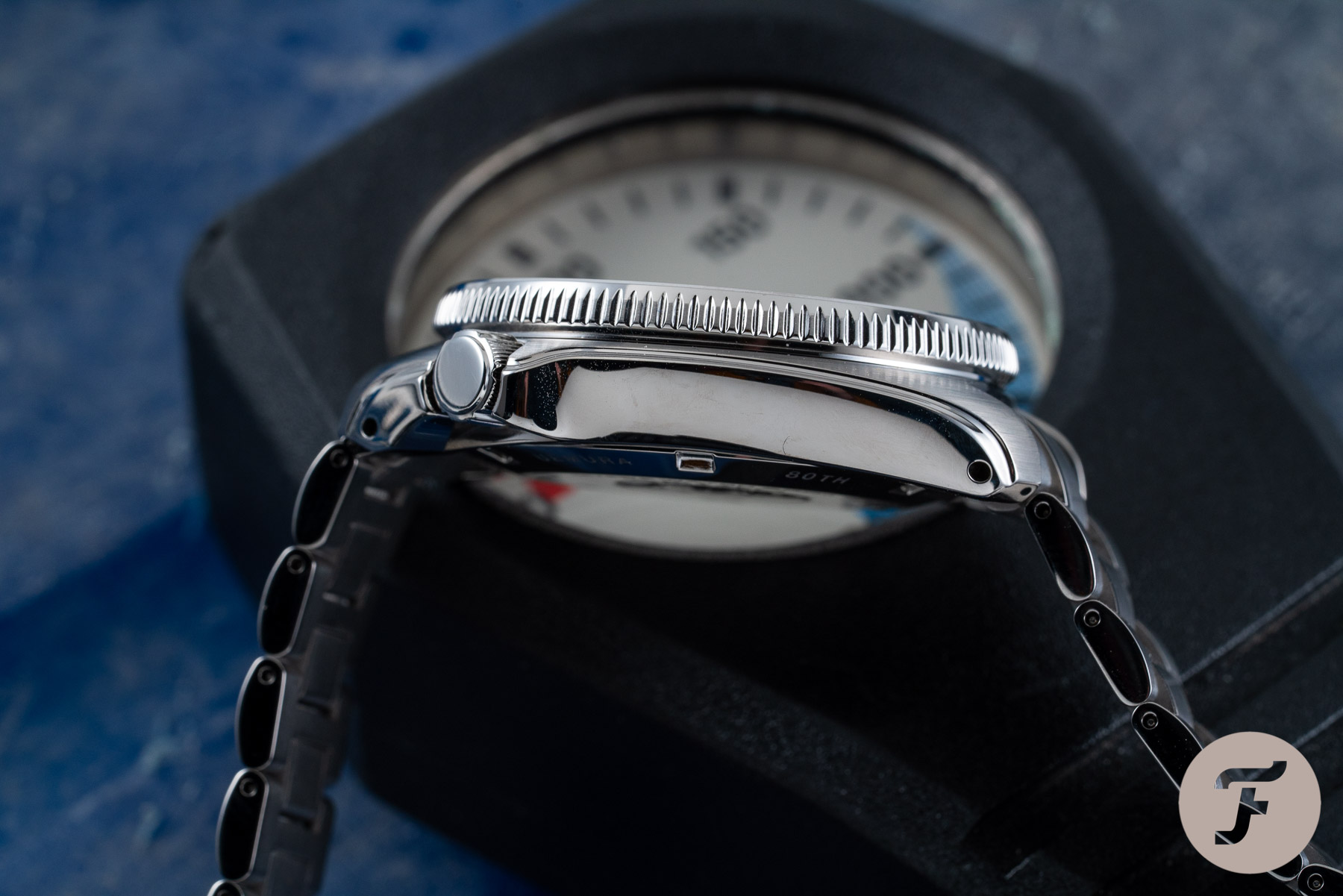 The case has Seiko’s super-hard coating to protect the watch from scratches and the crystal is a dual-curved sapphire with an anti-reflective coating on the inner surface. Sitting on top of the case is a uni-directional dive time bezel with an aluminum insert in blue or black. Both versions are slightly shiny with a distinct metallic hue. It’s a metallic shine I prefer over more contemporary ceramic executions that are often a bit too harsh for my taste.

Both watches have a solid case back and are water resistant to 200 meters – that’s 50 meters deeper than the inspiration piece – but the limited edition SLA049J1 comes with a screwed-in case back marked with Uemura’s name and the individual number. One of the most distinctive features is the characteristic asymmetrical case shape designed to protect the screw-down crown at 4 o’clock. 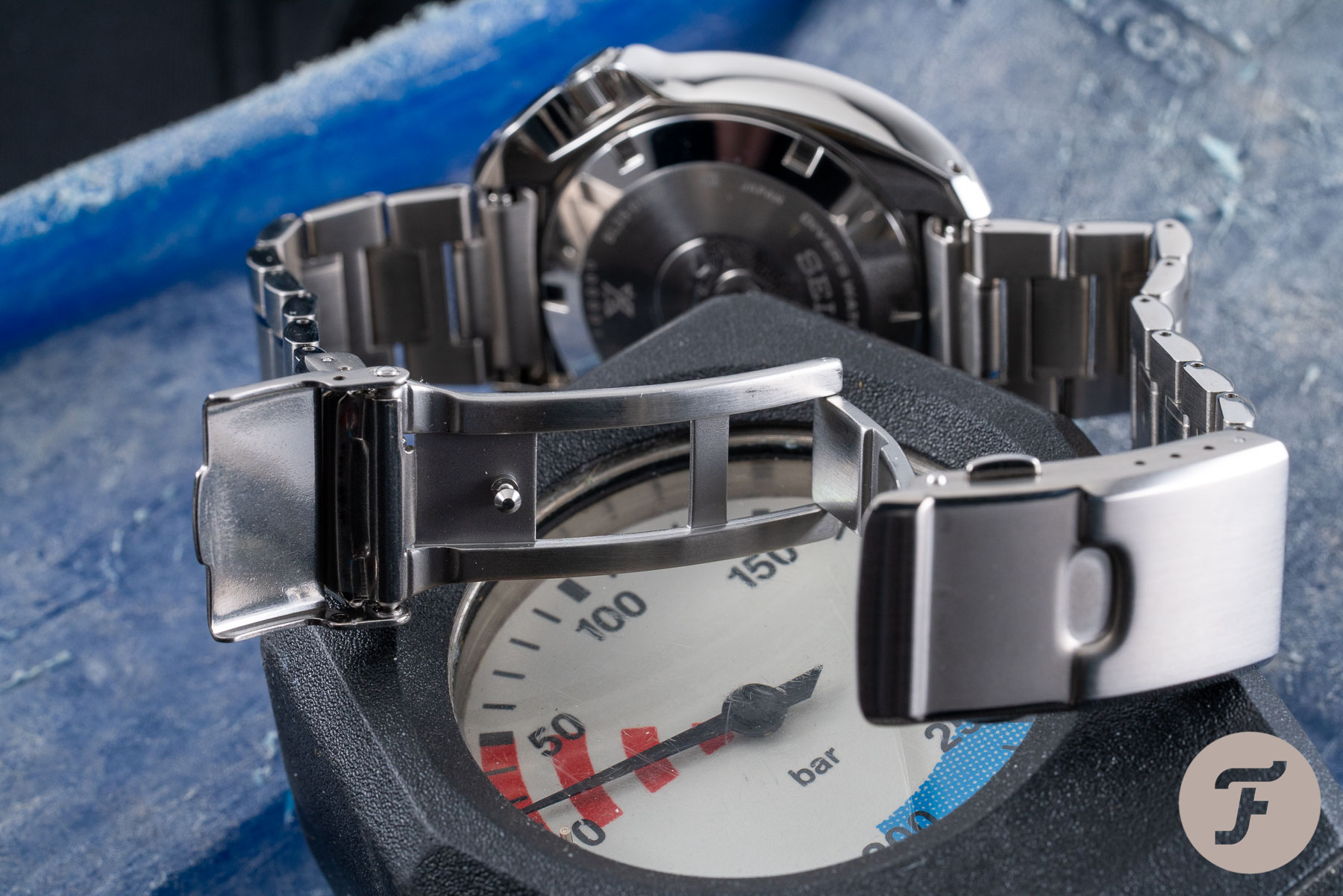 The case sides are polished and both versions come on a five-row steel bracelet that is largely brushed but also shows some nice polished details. To add some visual luxury to the diving instrument. The three-fold clasp is solid and works smoothly. The combination of the distinct case shape and the bold bracelet creates a contemporary and edgy profile. Sharp yet smooth and very well finished. 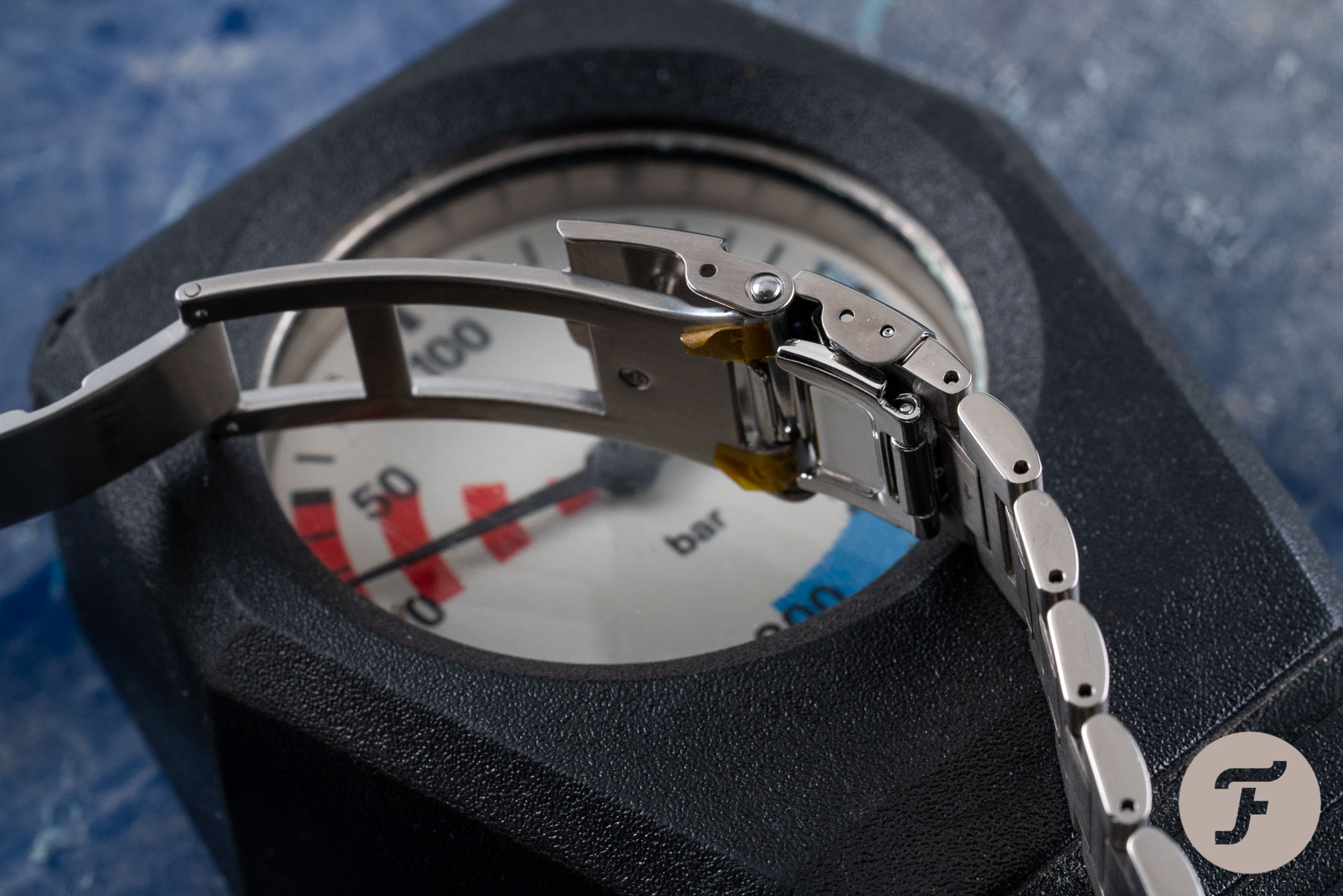 To prevent adventurers from reaching a mountain summit dangerously late and desk divers to miss the last subway home, Seiko outfitted the watches that honor Uemura with the caliber 8L35. The caliber 8L35 is an automatic movement designed to be fitted to diver’s watches, and it’s based on the Grand Seiko caliber 9S55. As with “GS” movements, the 8L family is assembled by hand at the Shizukuishi Watch Studio in northern Japan. 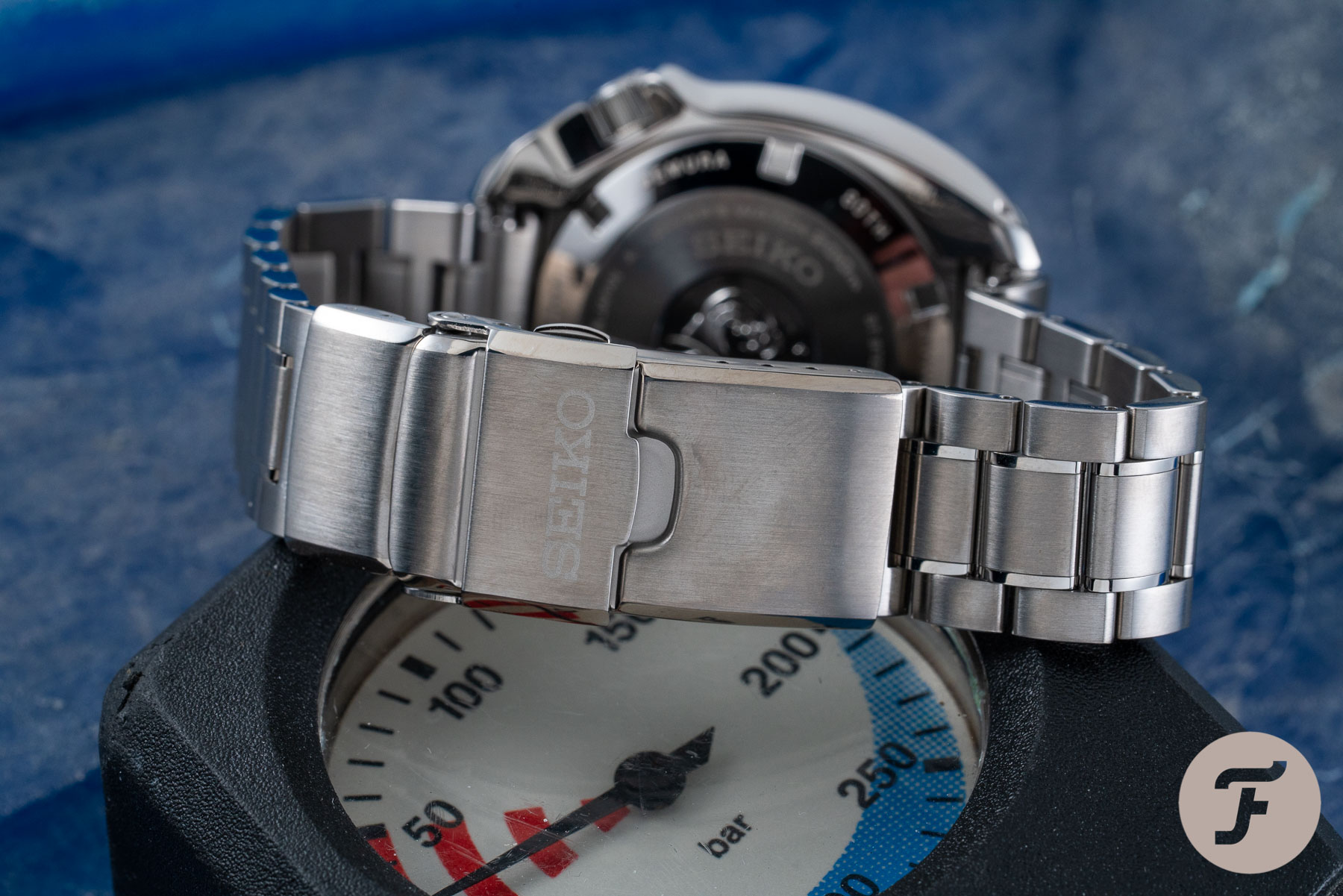 The caliber contains 192 individual parts. And one of them is Seiko’s in-house SPRON balance spring. The movement beats at 28,000 vibrations per hour behind a closed case-back and has a power reserve of 50 hours. 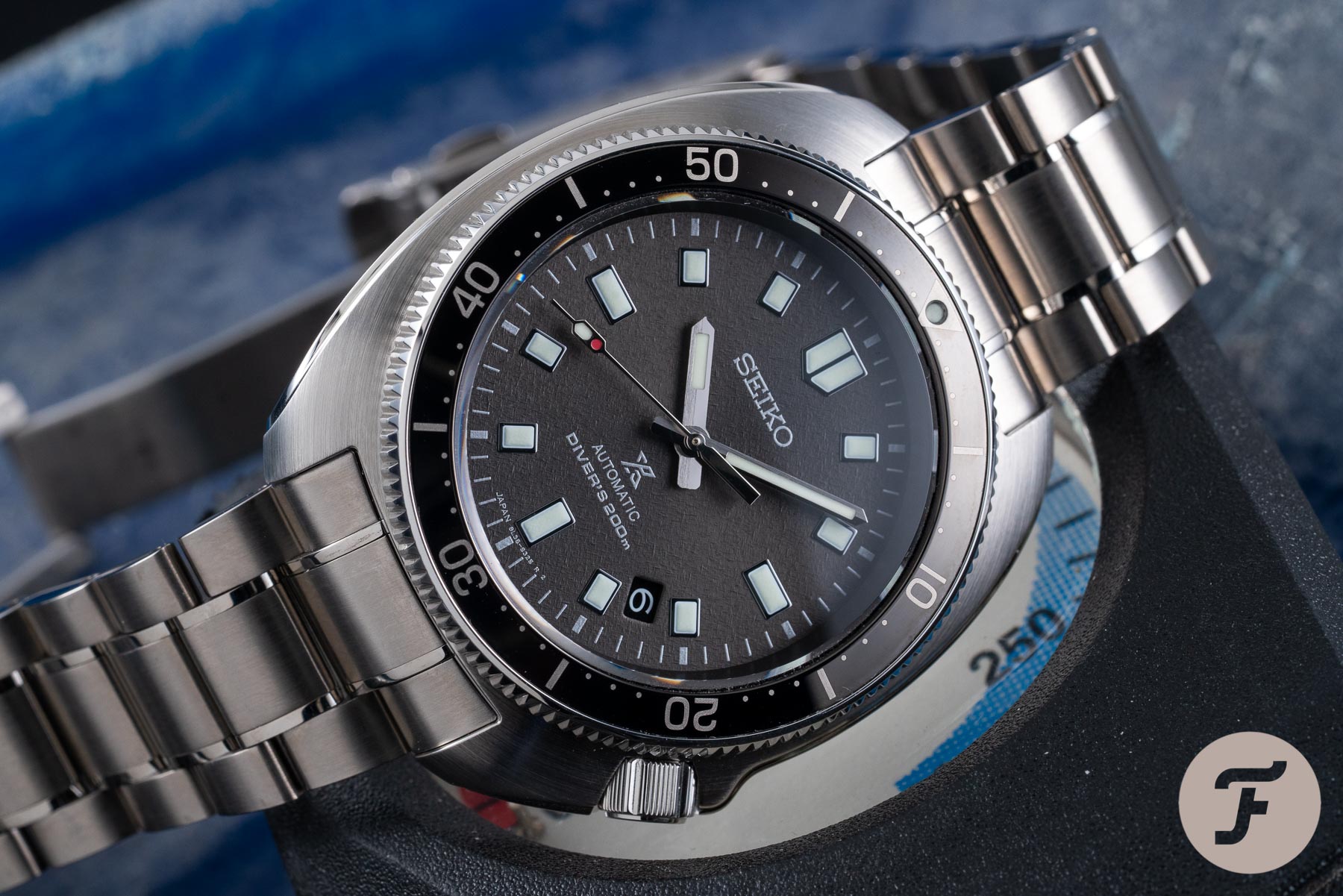 Sitting at the top of the Prospex collection

The price of the Seiko Prospex Naomi Uemura 80th Anniversary Limited Edition SLA049J1 is  €3,200. And the non-limited SLA051 has a price of €3,000. Do these two Prospex creations still provoke the “damn that’s a lot of watch!” response? Do they give you a lot of bang for the buck? 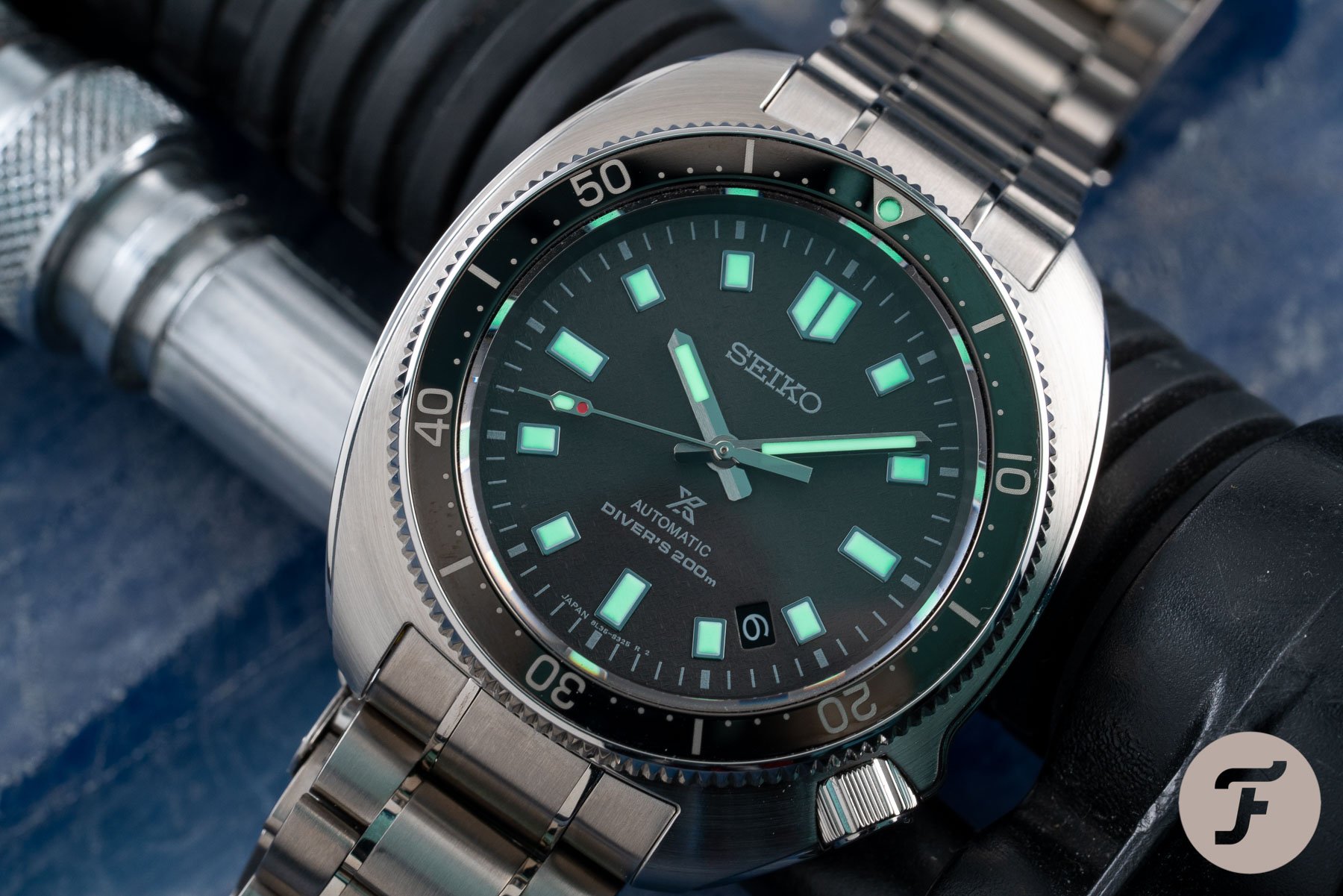 Both references sit at the top of the Prospex collection and use a high-end movement. And the build quality and finishing can compete with a lot of other high-end diver’s watches. So yes, even these two are 3k watches they still punch well above their weight. Both Prospex watches will be available worldwide from July. For more information on Seiko click here.