The moon on the water...
Rob Nudds
comments 0
Share

In the olden days, long before Covid-19 swept the globe leaving a trail of heartbreak and disruption in its wake, I used to have friends. Really. Well, at least, I knew people who would willingly spend time with me if there was beer involved. One of the places we — the founding members of @RedBarMcr — used to meet to discuss our next group meetings was The Moon Under Water on Deansgate. In the egocentric fantasy land I like to occupy as often as possible, Seiko has therefore released the SPB171 to commemorate one of the former watering holes frequented by my friends and me. That is, of course, nonsense. But the watch is anything but…

I’ve never been to Japan. As soon as lockdown is over, I’d like to change that. The culture and the nation’s history is fascinating. There are so many myths, legends, forgotten and remembered art-forms I don’t think I’d ever get tired or bored of learning more about it. One of those art forms, celebrated here, is Arita porcelain.

…the beauty of the moon reflected in water.

Last year, in March, Seiko released two models with porcelain dials. This model, reference SPB171, is the third boasting such a dial. This design is inspired by the Japanese tradition of Suigetsu, which celebrates the beauty of the moon reflected in water. 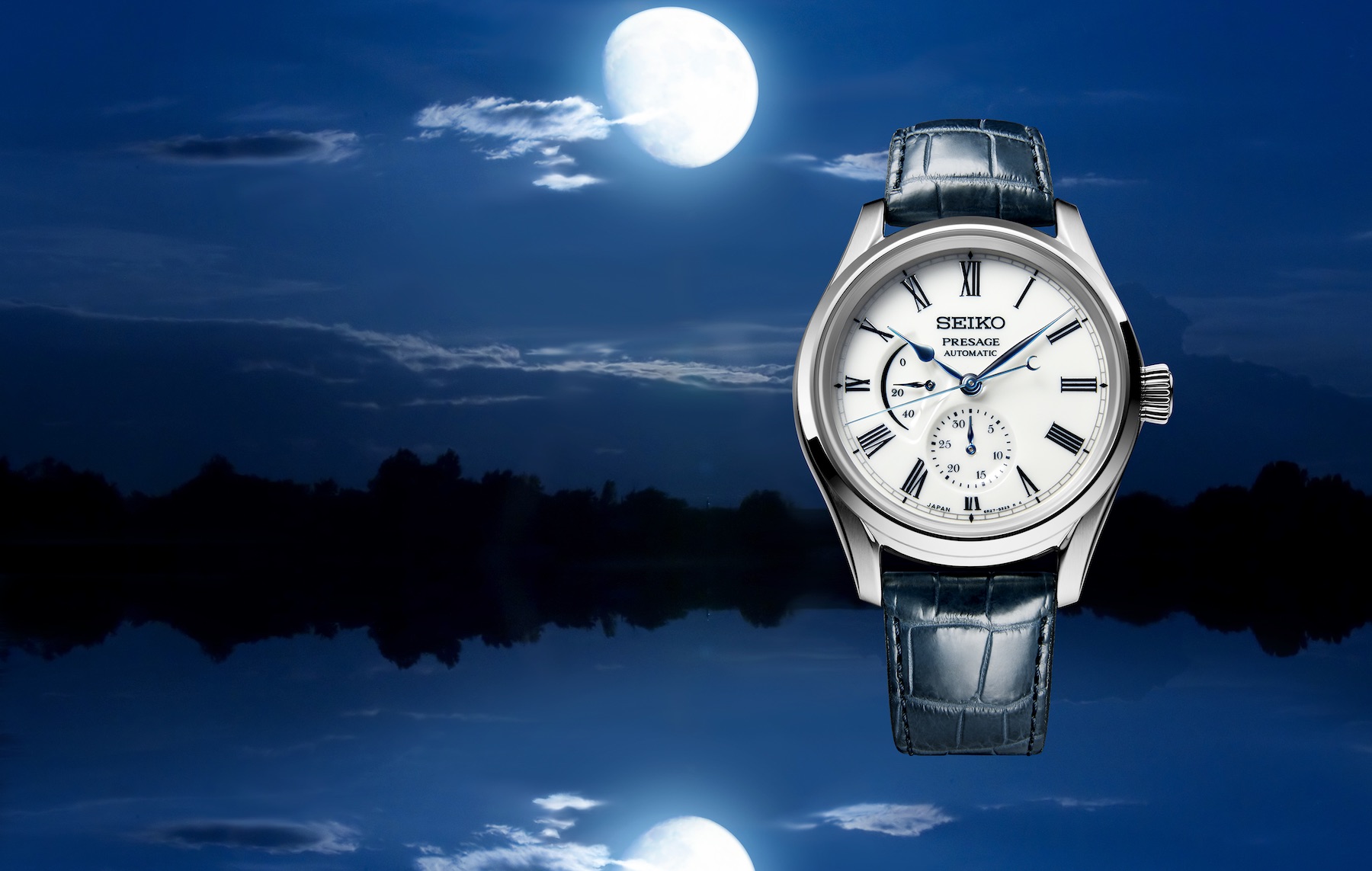 Blue hands and hour markers create a pleasing contrast against the nuanced white dial. It is as we have come to expect from the Seiko Presage line — a beautiful extoller of Japanese craftsmanship integrated with a mechanical timepiece.

The notion of Suigetsu has deep roots in Japanese culture. It dates back to the late eighth century, which marked the beginning of the Heian age. This period was defined by an explosion of prose, poetry, and painting. One of the most popular subjects of these various arts was the reflection of the moon in water. The ubiquity of lakes and ponds on the grounds of the leisured classes’ abodes made this appreciation commonplace among the elite. At its core, the philosophy of Suigetsu shares a lot with the philosophy of time and the conscious celebration of ephemerality.

…Or maybe I’ve been drinking from these ponds and become drunk on the power of the moon.

Consequently, expressing this natural phenomenon through the painstaking creation of a watch dial seems apt. The reflection of the moon, like time, cannot be caught, bottled, or even held. It must be experienced in the moment and either committed to memory or celebrated through arts in order to communicate its wordless power. And yes, I did just write that in all seriousness. Maybe I’ve been reading too many press releases… Or maybe I’ve been drinking from these ponds and become drunk on the power of the moon. Or poisonous algae… That’s always a possibility… 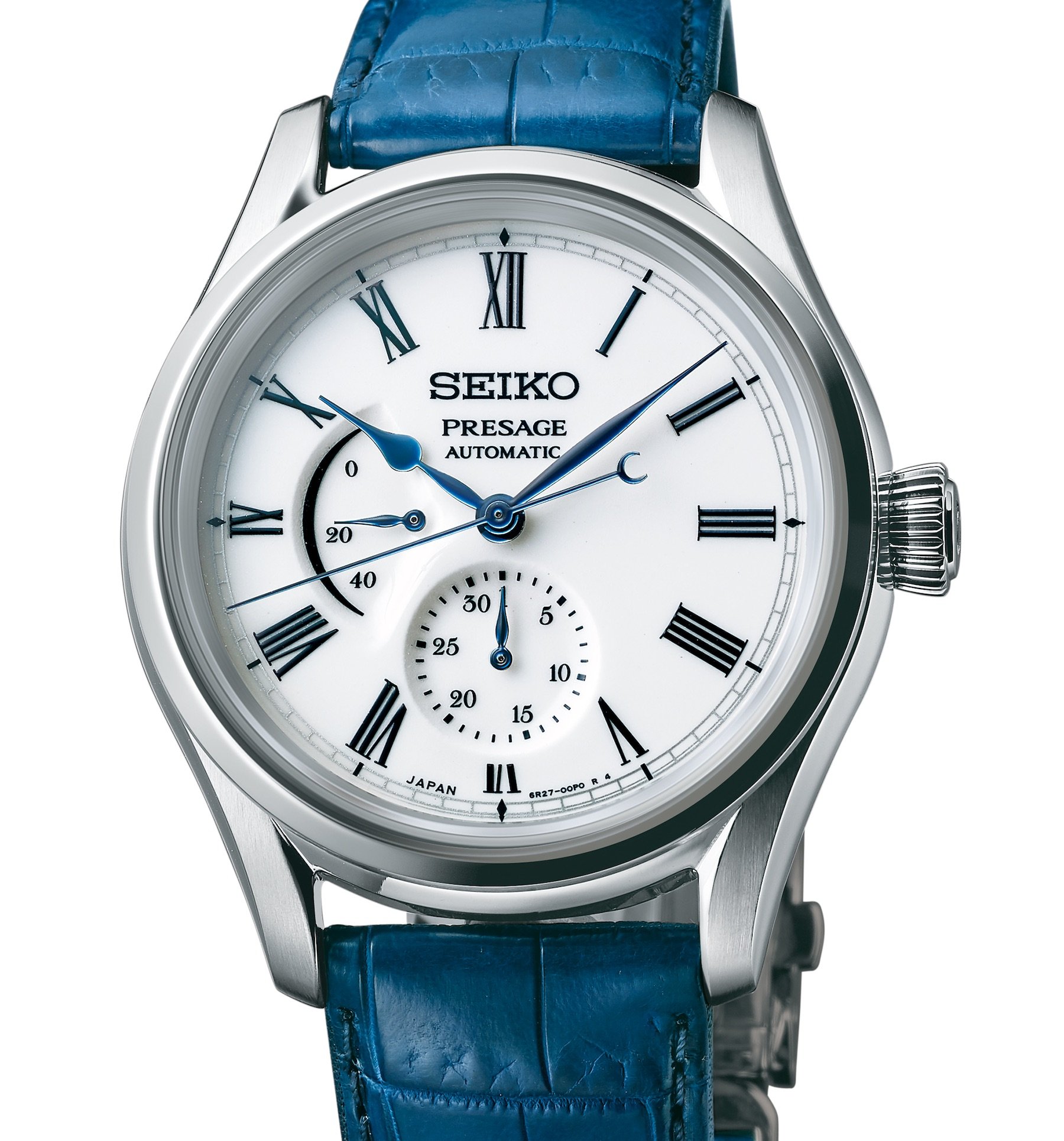 If you feel like having a good laugh at my expense for diving so deeply into the whimsical notions behind this piece, go ahead. Watches can be many different things to many different people. Oftentimes, I too am annoyed by blunt storytelling and long-winded, airy justifications for a watch’s existence. But I must admit that this one really resonated with me personally.

I became obsessed with watches and watchmaking as an expressive art form. As such, I am always interested in design motivations. That doesn’t mean that all my watches are artsy expressions of fey philosophical ideas (in fact the majority of my personal collection is made-up of dive and sports watches). But it does mean that I appreciate it when I feel an idea and a product actually mesh.

Some will love the aesthetic; some will not.

And, most importantly, I don’t expect everyone to have the same take-aways from the same watch. To some, this is just another watch. Some will love the aesthetic; some will not. Additionally, I’m sure some will buy into the reasoning behind it; I’m sure some won’t. But as someone who is frequently cynical of brands attempting to leverage a completely incongruous concept to generate more sales and interest, I find myself pleasantly surprised when the story makes sense as I believe it does here. 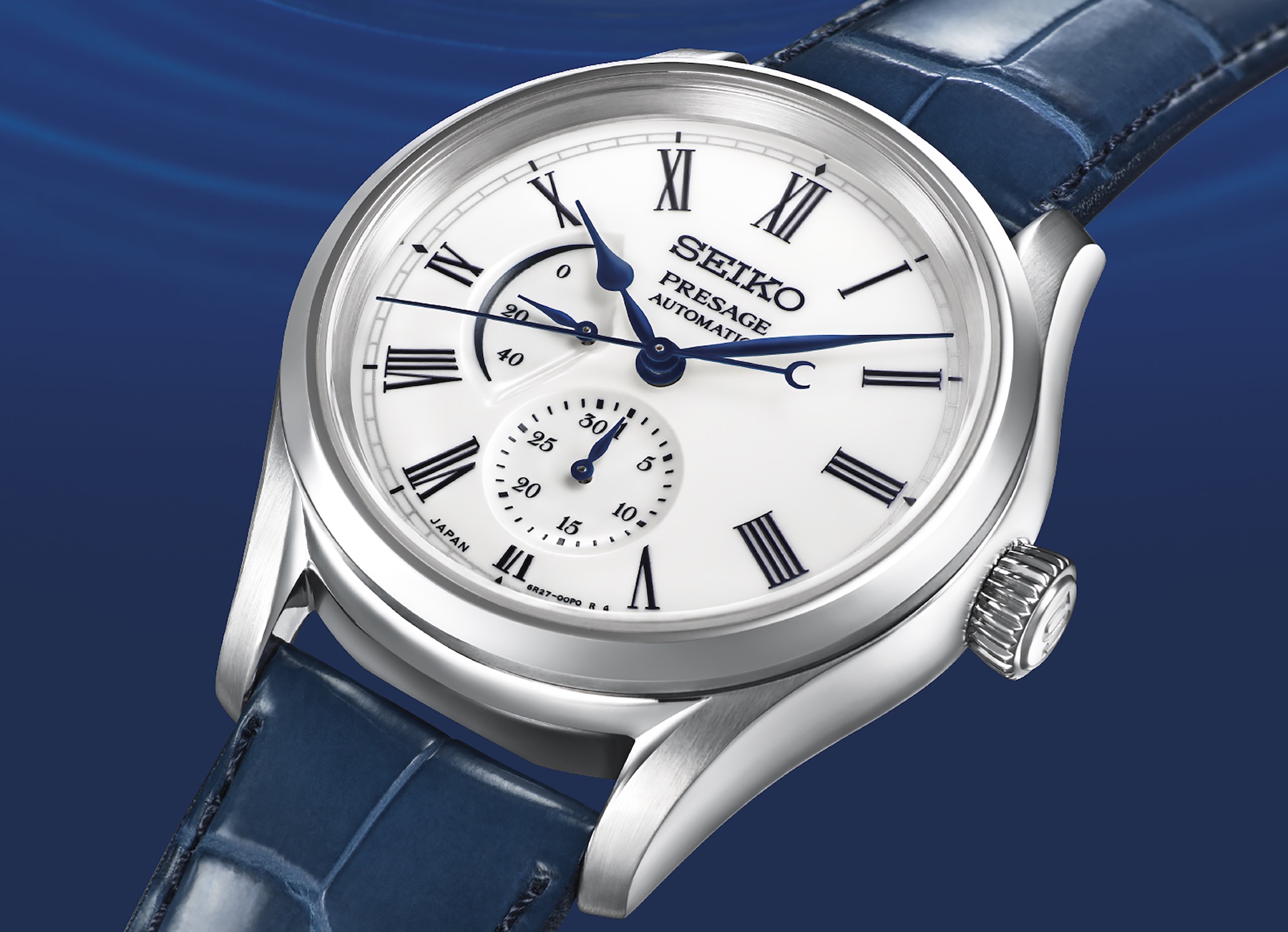 The white Arita porcelain dial has a characterful texture. It is created after several firings by master craftsman Hiroyuki Hashiguchi and his team in Arita. This facility has been producing porcelain in the same way since 1830. To make the material suitable for use in a watch (which will be subject to many more shocks than decorative porcelain items throughout its existence) a special formula has been developed to ensure appropriate hardness. It is finished with a clear glaze so the whiteness of the porcelain shines through. Traditionally, this would be replaced by a pale blue glaze, which was forsaken for this special application. The blued hands and markers take on this role instead.

The 100-meter water resistance and magnetic resistance up to 4,800 A/m are nice additions for a dressier timepiece.

Reference SPB171 is powered by Caliber 6R27, which has an operating frequency of 28,800vph and a power reserve of 45 hours. The dial is fitted in a 40.6mm stainless steel case that stands 14.1mm tall on the wrist. A dual-curved anti-reflective sapphire provides a clear view of the crisp display, and the movement is visible through a sapphire display back. The 100-meter water resistance and magnetic resistance up to 4,800 A/m are certainly nice additions for a dressier timepiece. The watch comes on a crocodile leather strap, fastened by a triple-folding push-button clasp. Unsurprisingly, the artisanal SPB171 will be limited to 2,000 pieces. The price for the Seiko Presage SPB171 is €2,100. To learn more, visit Seiko’s official website here.