Last week, Omega announced a little contest for #SpeedyTuesday fans. All you have to do to take part is to post a picture of your Speedmaster on your Instagram feed and tell us your Speedy Story. What makes it special to you? Why did you buy it? Has it seen adventures or memorable times on your wrist? Get snapping and join in the fun. We can’t wait to read your words!

Your Speedy Stories should be 100 words or less. Omega will choose its favorites and post them (with your consent) to its official Instagram Stories feed and on the official website. This little initiative runs for the next three weeks and you don’t need to wait till it is Tuesday, but you must remember to use the #SpeedyTuesday and @omega tags. Also feel free to tag us (@fratellowatches) as well, as we will repost your contribution in our stories (feel free to tag and add individual team members too so we can follow your progress @robnudds @bybbr @jorgweppelink @rosputinsky_tomas @mikeinfrankfurt @ferenczibazs @karina_boheme @benjameshodges @dan.t.mueller @gerardnijenbrinks @rjbroer). 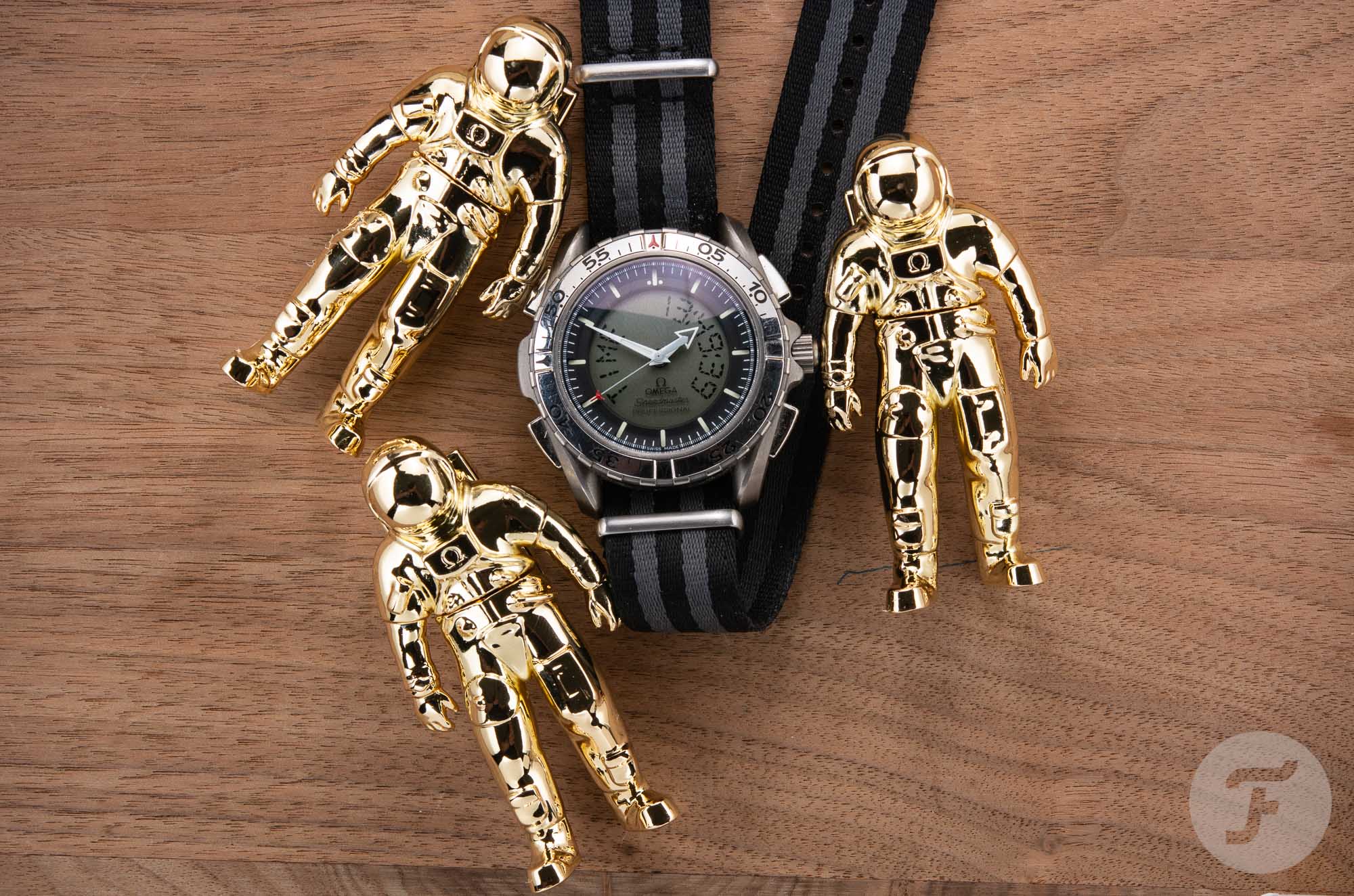 Can an Omega Speedmaster Professional X-33 be your first Speedmaster? I asked myself that question when it was offered to me. It’s a quirky quartz watch that doesn’t look anything like the iconic Moonwatch I always thought of buying. But I quickly found out the X-33 is as hardcore as a Speedmaster can get. Developed in cooperation with astronauts to help them during their space travels, the X-33 holds the Speedmaster name with pride. And I found out that many Speedmaster fans share that belief. With that in mind, the X-33 has become the perfect start to my personal Speedmaster Story. #SpeedyTuesday @Omega 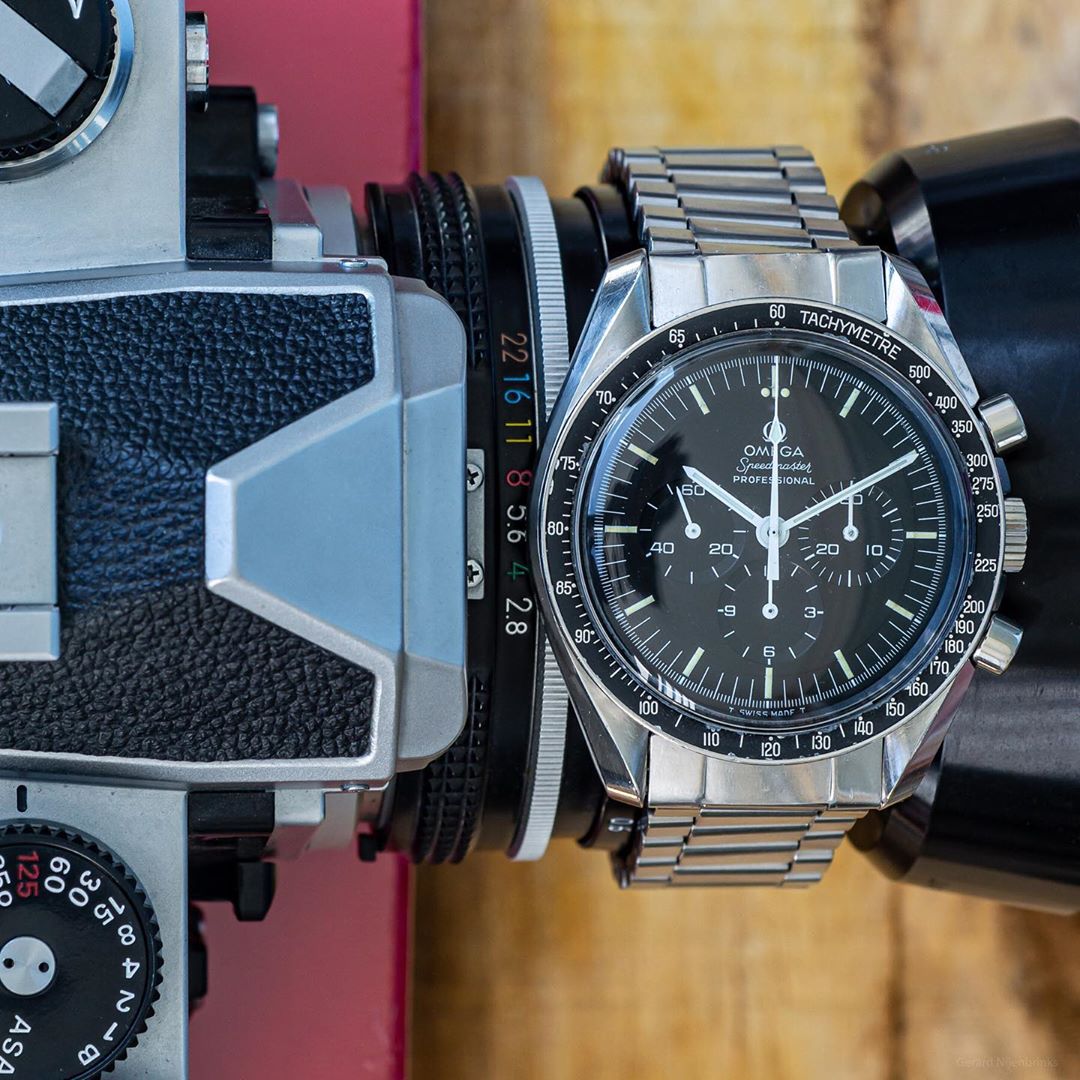 I never wore this Omega Speedmaster Professional, although I have owned it for over 20 years. The story is that once an English photographer came to me, telling his business was slow and he needed money for living. He knew I collected watches, and so he offered his beloved Speedmaster, bought new in 1971. Painful as it was, I offered to pay him for the watch and not resell it for a while, in case his situation improved, enabling him to have it back. From time to time, we still pass each other in the city with a friendly nod. He never asked me to repurchase it. #SpeedyTuesday @OMEGA 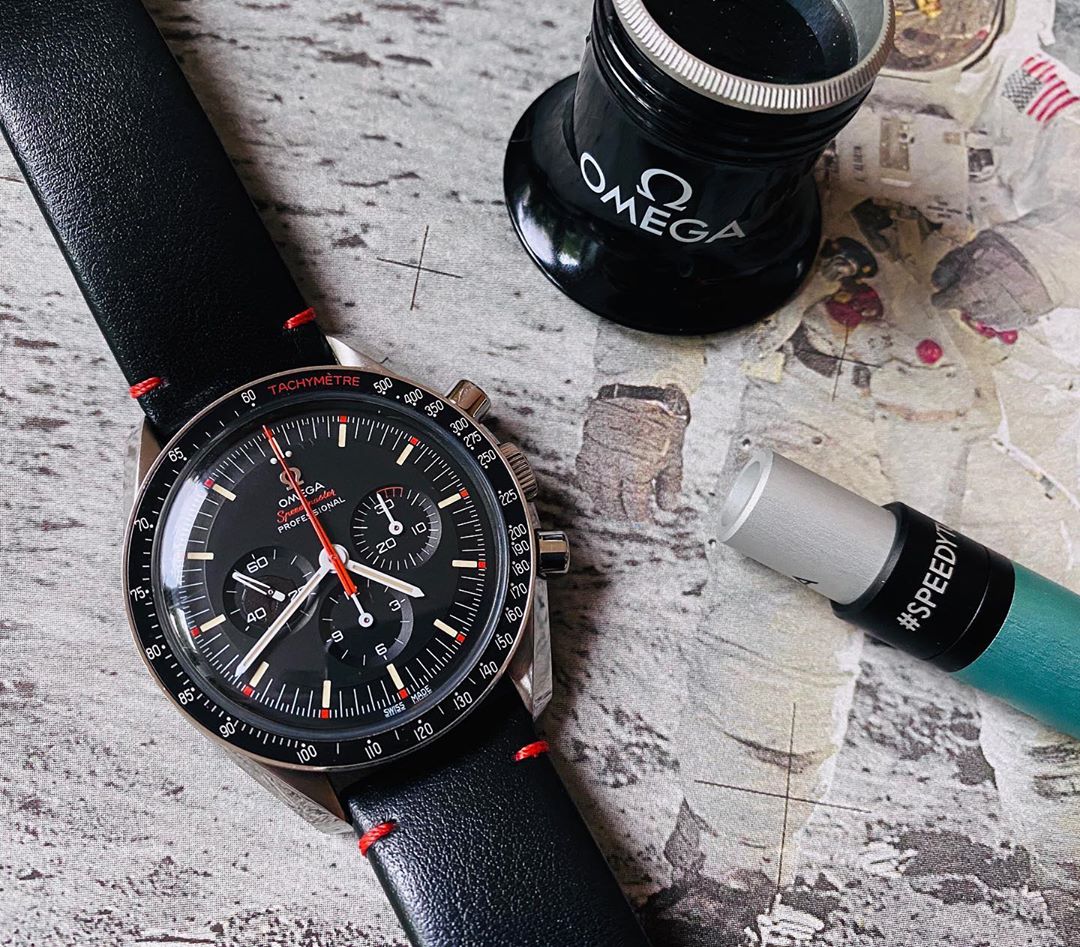 My @Omega story reminds me NEVER GIVE UP. By the time I got online July 10, 2018, the Ultraman was already sold out. But I remembered a forum discussion after first #SpeedyTuesday, suggesting to keep refreshing the site to get lucky if someone drops the order in the process. I was sitting in the meeting room and hitting the refresh site icon for like 20 minutes. Just a moment before I was about to give up, one Ultraman became available for me. It has become one of my all-time favorite modern watches. 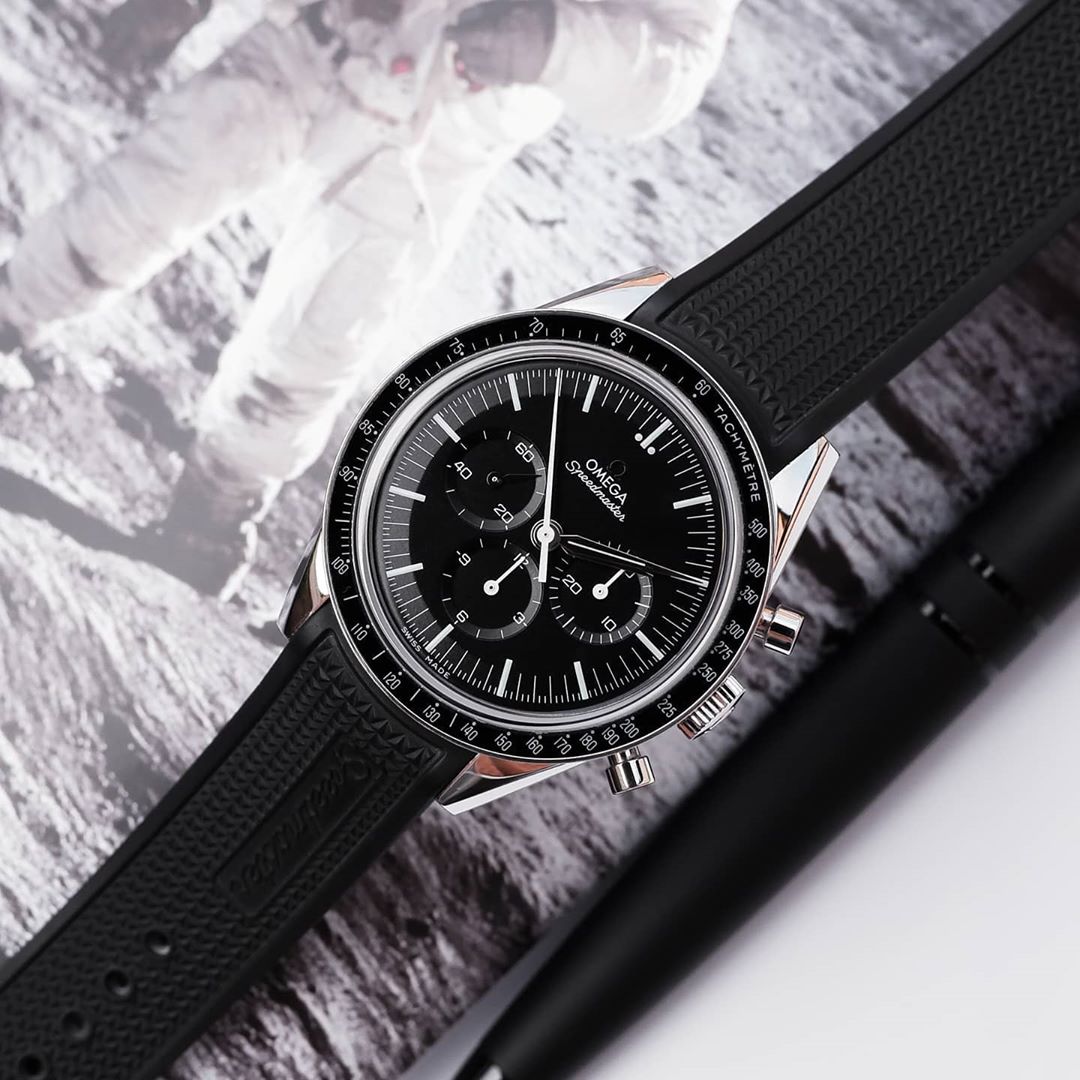 The watch that celebrates 50 years since Walter Schirra orbited the Earth 6 times in his Sigma 7 capsule. Not only that, but Wally was wearing the first-ever @omega to break through the stratosphere. The First Omega in Space pays homage to the #CK2998 that he bought in Houston in 1962. Alpha hands, applied logo, no “professional” on the dial, and no crown guards. The feature that sold it to me was the sub-dials. On this watch, the sub-dials are slightly deeper. A bit like moon craters, if you will. I have now had this watch for 5 years and this is my #SpeedyTuesday story. 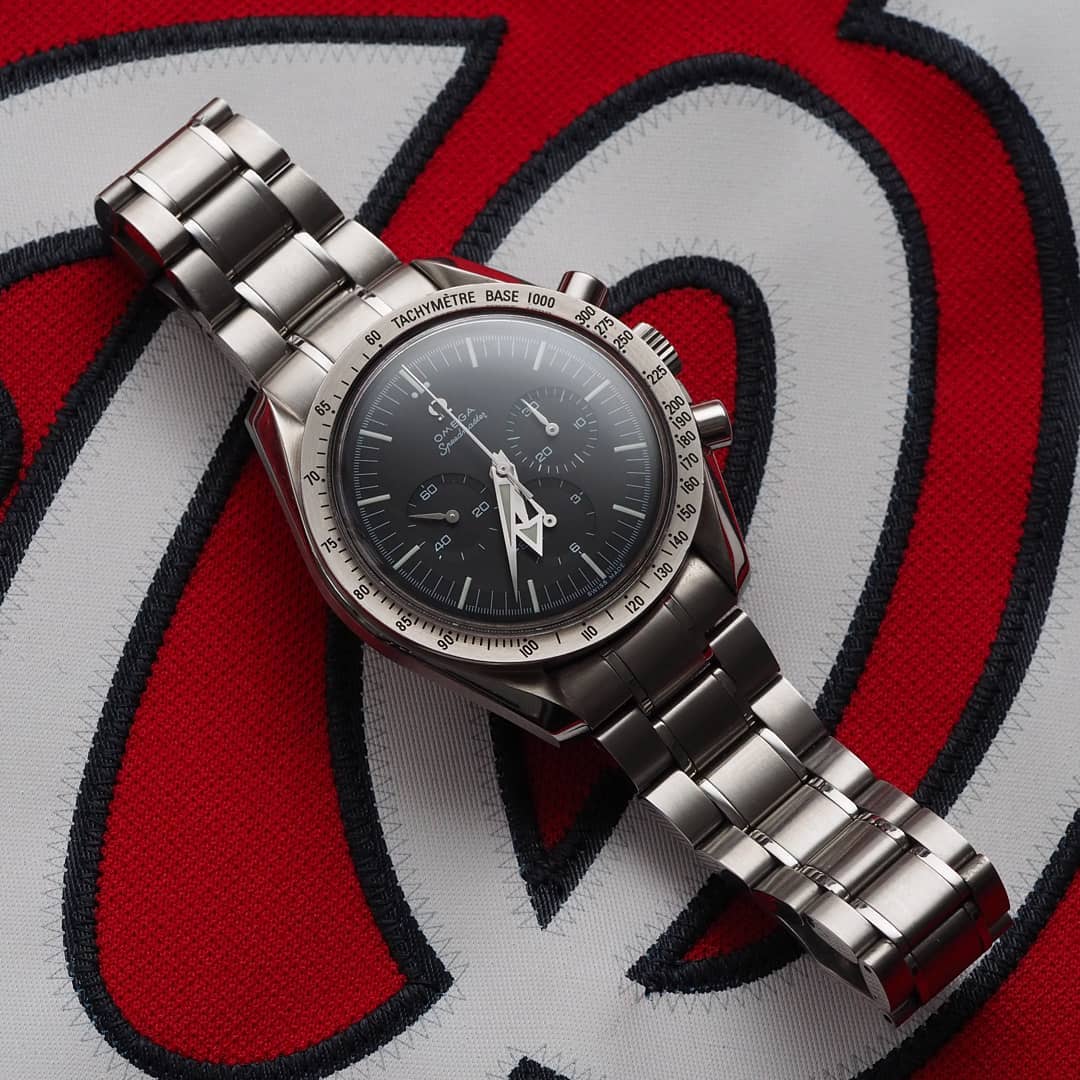 My first love is American Sports. My favorite baseball team is the Washington Nationals. I’ve been following them for seven torturous years. I promised myself that if we ever won the World Series I would commemorate the event with an @Omega Speedmaster — a model I’d wanted since completing my apprenticeship with the brand. Last October, the unthinkable happened. The Nationals outlasted the Astros on the road. I began my hunt immediately. Two months later, just days after starting at Fratello, @rjbroer introduced me to the Omega Speedmaster Broad Arrow Reference 3594.50, and it’s barely been off my wrist since. #speedytuesday 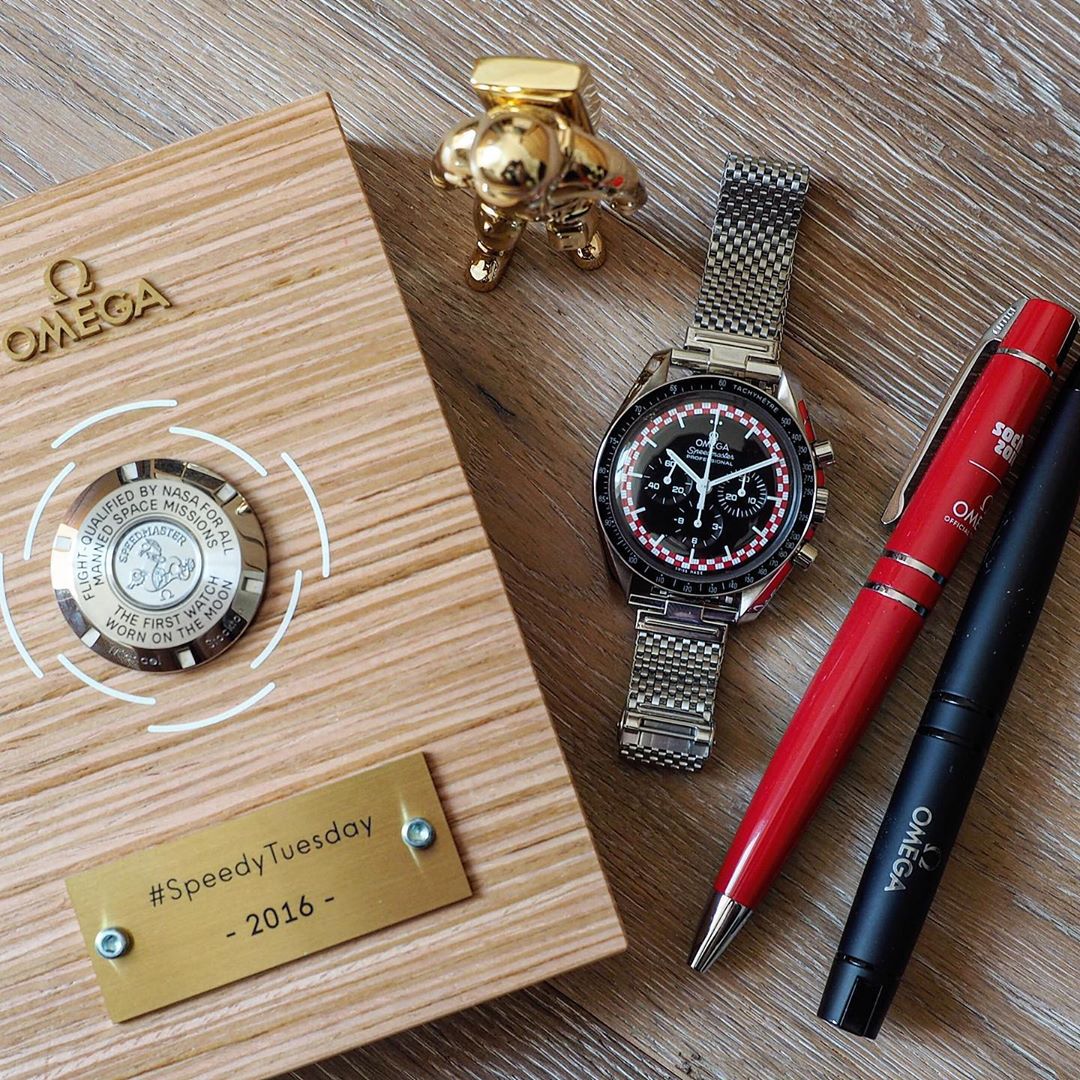 The Speedmaster “TinTin” will always be special to me. It’s my first Speedmaster and also the model that brought me to @fratellowatches with my first article. Panned at first by those “keyboard warriors”, the watch has found a fervent fanbase. What’s not to like? It’s part of the Speedmaster Racing lineage and features a red and white chapter ring with wonderfully inconsistent details. They’re subtly different from a normal Moonwatch and rarer than you’d think. I still recall opening mine when it arrived from @alonbenjoseph at @acejewelers. I simply said “WOW!” and still do so every time I wear it. @omega #speedytuesday 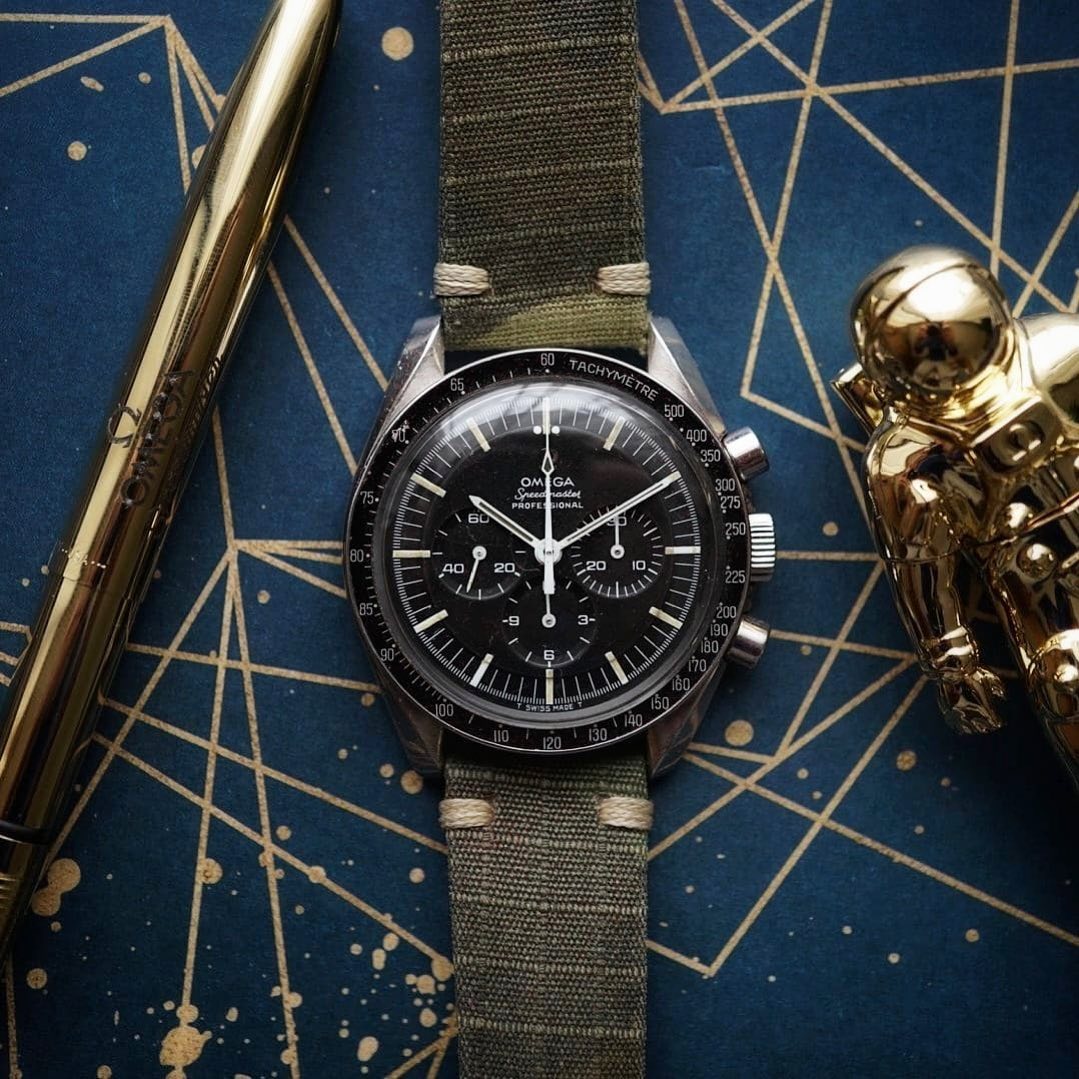 When I got this watch I had no idea about the crazy turn my life would take just a few years later. This vintage Speedmaster has been with me through thick and thin. It was on my wrist when I took a leap of faith and turned my hobby into a full-time job, when I moved to a new country, started working for a new company, and finally visited the Omega Museum for the first time — a bucket list item of mine. I can’t wait to see what the future holds but this Speedy will be with me for sure. @omega #speedytuesday 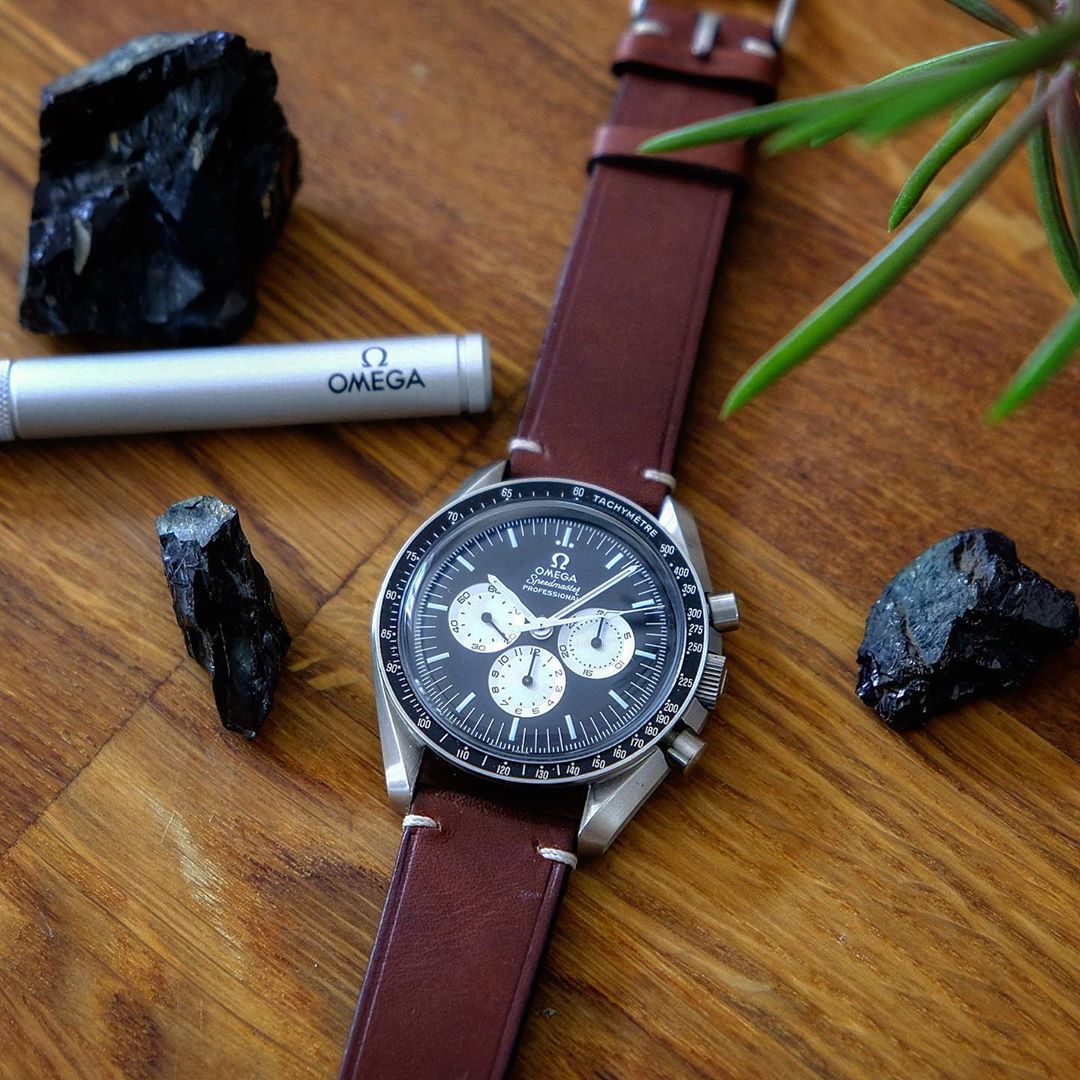 I bought this watch last year to commemorate having made a dream come true by joining @fratellowatches as Head of Operations. This watch will be on my wrist when our 3rd child will be born this August. One day it will be his/hers — an ideal heirloom piece! I love the looks of the Speedy Tuesday and what it stands for: Passion, the awesome #SpeedyTuesday community, and proof that hard work does pay off. Well done @rjbroer, @raynald_08, and team @omega 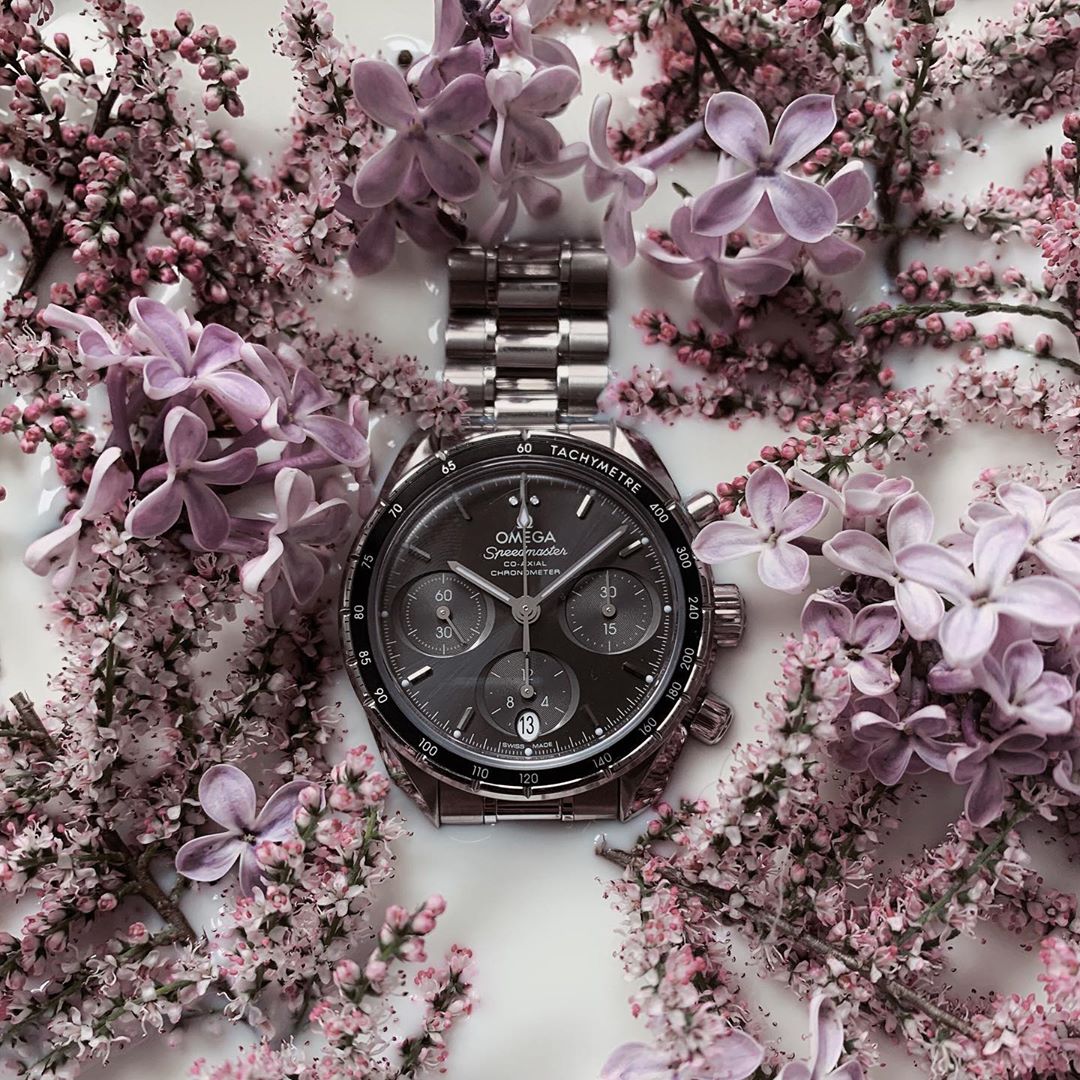 Speedmaster 38 works hand-in-hand with seduction and self-confidence; what I love the most is that you can feel the movement on your wrist like a heartbeat while looking extremely sexy. For me, that’s the future of women’s watches. What future do you dream of? @OMEGA #SpeedyTuesday 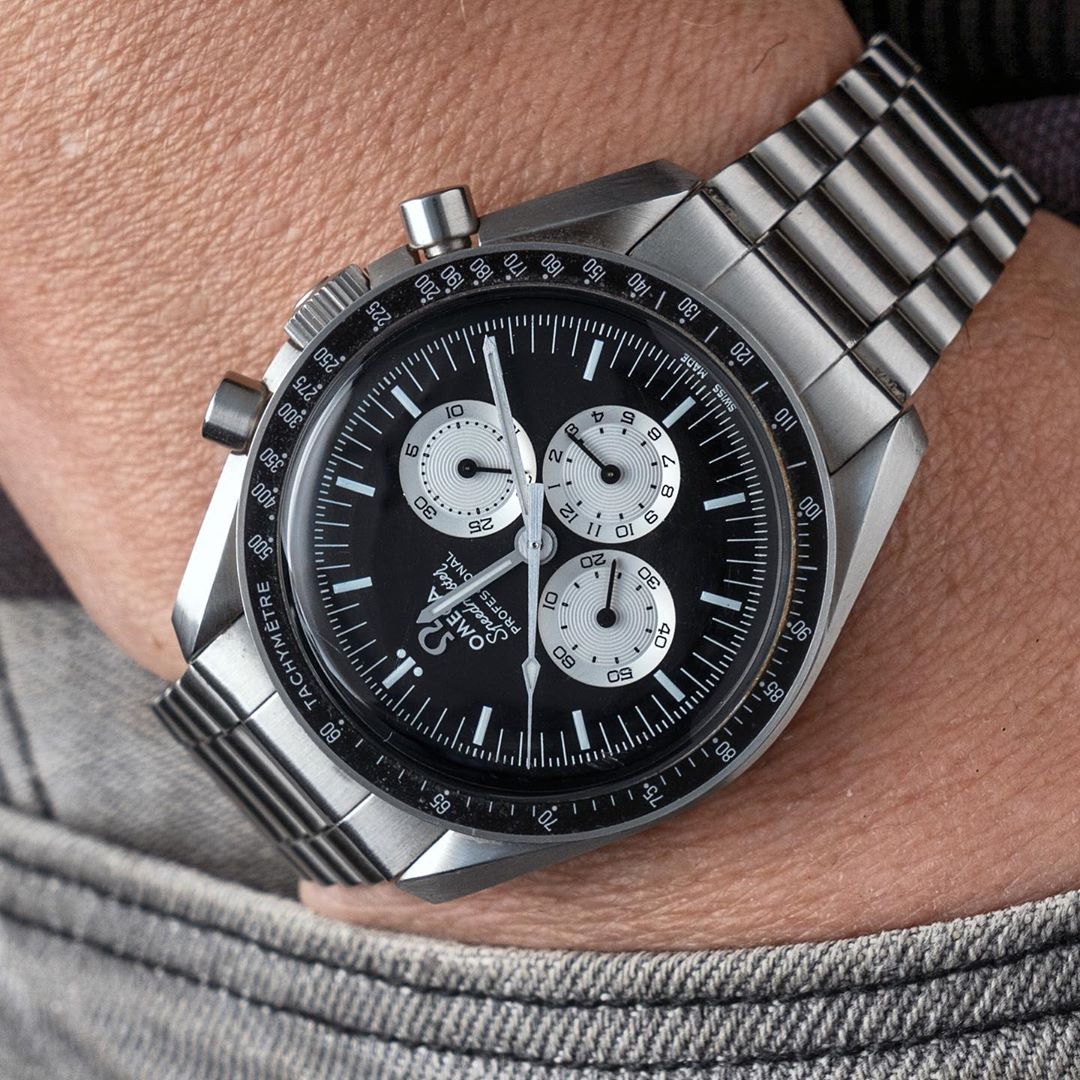 The Omega Speedmaster Speedy Tuesday spends the most time on my wrist. Being special to me for several reasons, one of these is that it’s the first mechanical watch I bought for my daughter. Having thought about buying her a special watch for some time, this just was the one. Being limited to 2012 pieces, this also happens to be a reference to her birthday. She was born on the 20th of December (at 00:20 which is depicted in the image) in 2003. I will proudly give her the watch with number 2003/2012 at some point. #SpeedyTuesday @omega 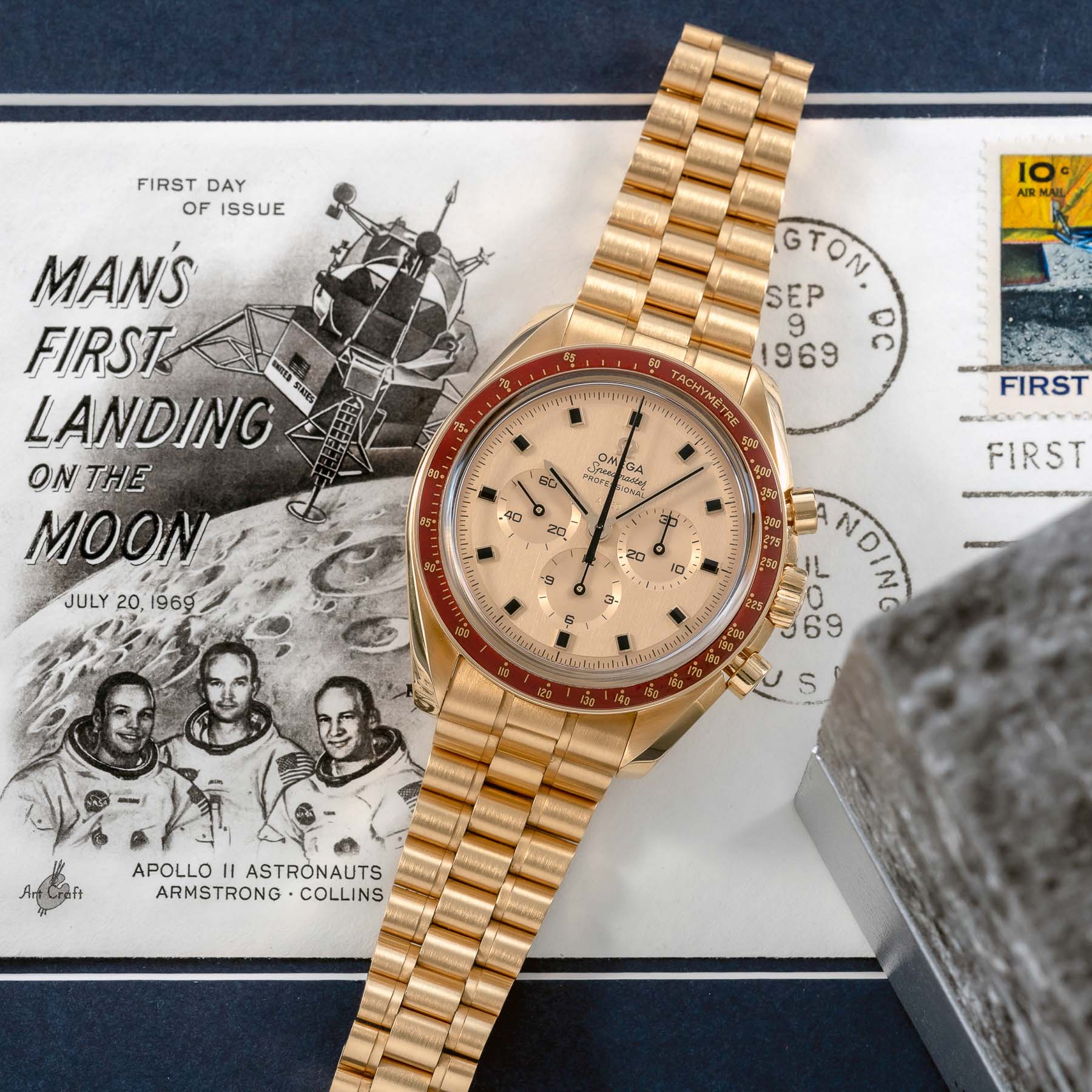 When I bought my first Speedmaster in 1999, I met a watchmaker who was wearing the gold 1969 Speedmaster. I was immediately smitten by it: the commemoration, the gold case, dial and bracelet, the use of onyx, and the burgundy red bezel. Since then, I started collecting Speedmasters and turned my passion for watches into a full-time profession with Fratello. In 2012, I coined Speedy Tuesday to find like-minded people with passion for the Speedmaster. Although you can say that the Speedy Tuesday watches are major achievements, it’s this gold Speedmaster Apollo XI that is the moon to my stars. #SpeedyTuesday @OMEGA

We are looking forward to reading your stories on Instagram. Make sure to tag us (@fratellowatches) in your post.

If you don’t have Instagram, no worries. You can share your story with us and we are happy to feature you here on Fratello. Get in touch with us via this form. You can also join the conversion about Speedmasters in the dedicated #SpeedyTuesday Facebook Group, here.