Should The Tudor Submariner return?

The deep quietude of an odd summer brings about meandering thoughts. One such thought that came to mind is whether we should desire the return of the Tudor Submariner.

Last week was a pretty big deal in the watch world. Tudor unveiled a new blue Black Bay Fifty-Eight. I wrote a quick summary of the release and explained that while it was a pretty simple move, it answered the call of many hungry fans. Since that time, we’ve seen nothing but positive comments on this relatively affordable in-house diver that happens to wear beautifully. And look, I like it — I really do, but I have my concerns. My concerns aren’t really related to this watch, but about Tudor in general. Somehow, I always come back to wondering whether it’s just a matter of time until a new Tudor Submariner hits the shelves and shakes things up. 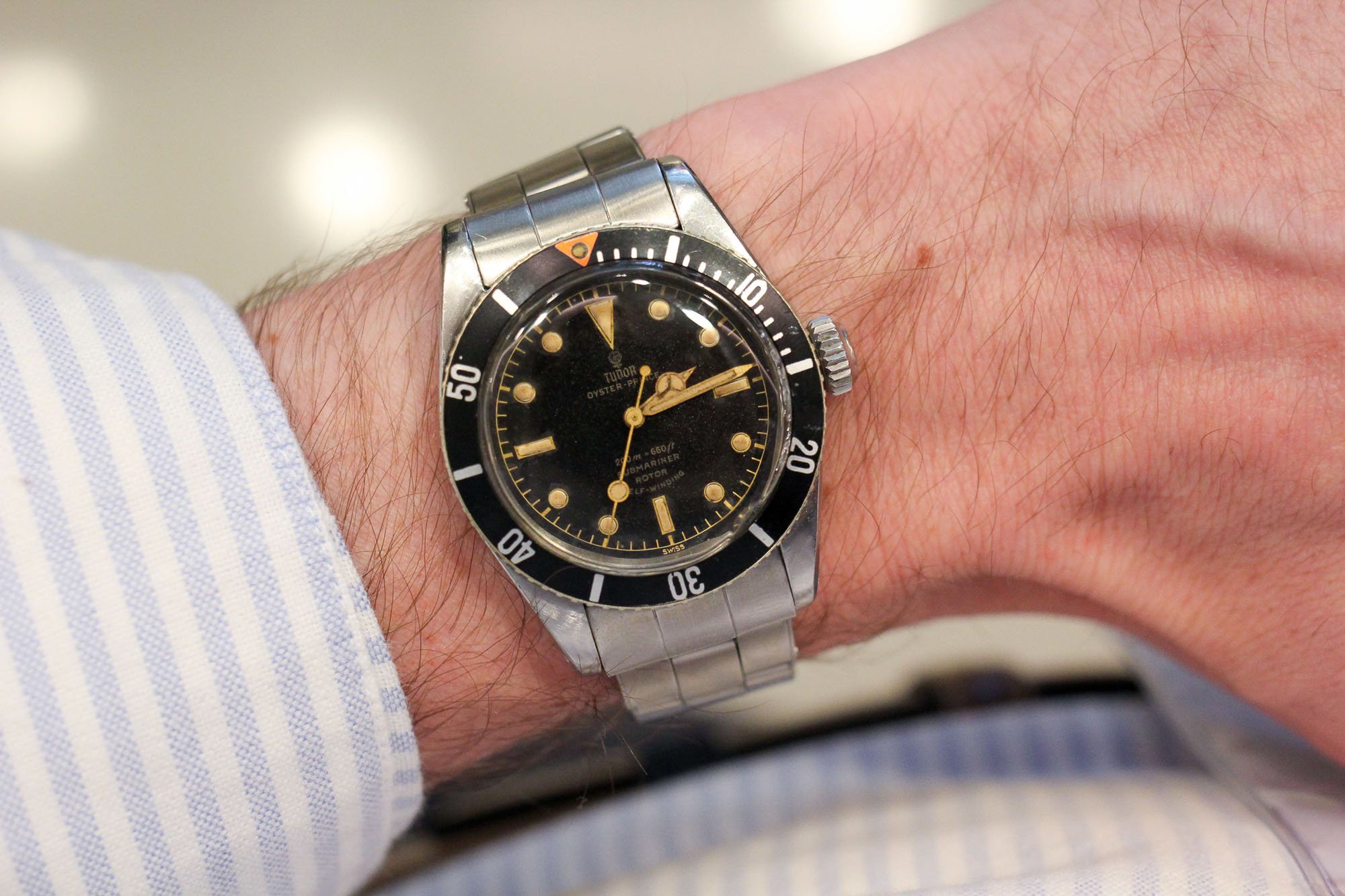 The Tudor Submariner — a little history

Looking back, it’s amazing to think that there was a Tudor Submariner in the lineup from 1954 to 1999. Amazingly, for over 40 years, this was the low-cost option for a watch that was almost as good as a Rolex. However, it had an ETA movement, unique dial, and slightly less modern tech. Further, things like acrylic crystals and folded Oyster bracelets stayed on the Tudor long after Rolex had upgraded its pieces. But at least Tudor added some color by offering both blue and black models. 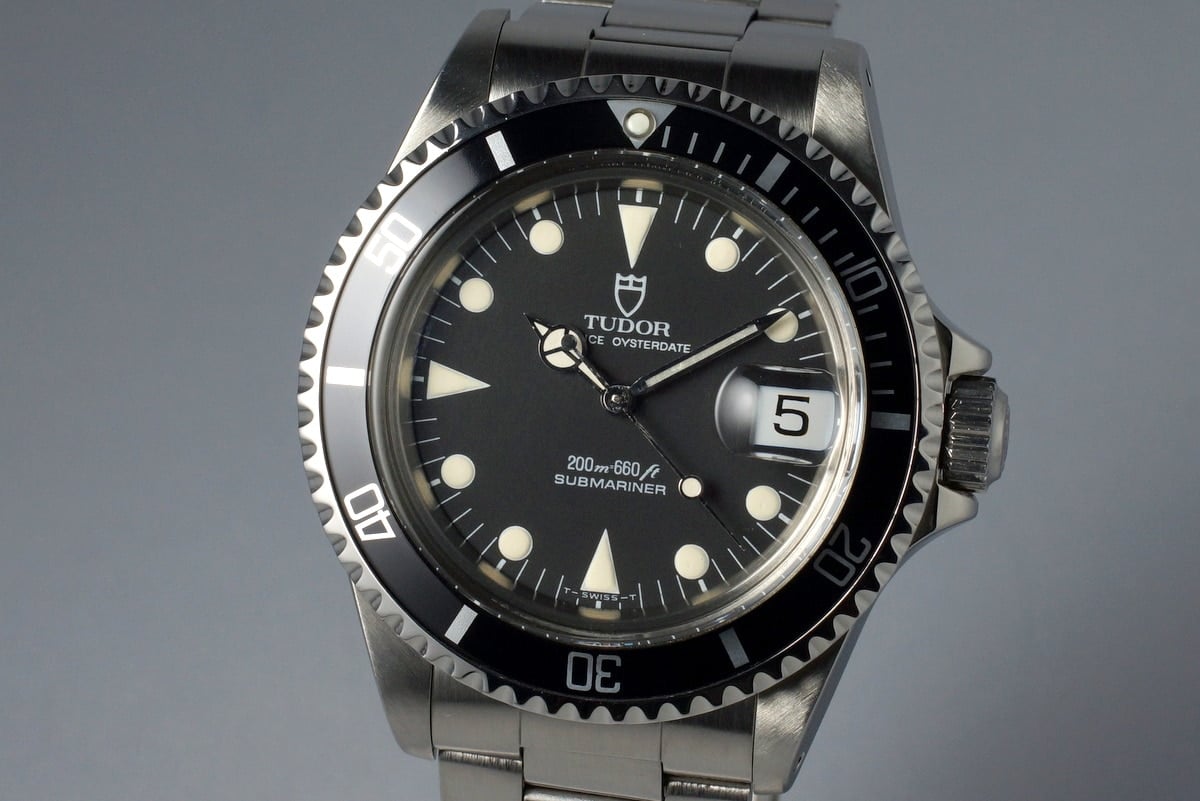 The Tudor Submariner 79090 in black (photo courtesy of HQ Milton)

Why did the Tudor Submariner depart?

So why did the Tudor Submariner go away? Honestly, we don’t know. Rolex is phenomenally enigmatic and closed-lipped. We can point to a couple of things, though. Firstly, Tudor left the American market in 1996. Whether that was due to a decline in sales or the belief that the massive US market only needed one Rolex product is anyone’s guess. In parallel, this period marked a change for Rolex. The brand began to form its own identity. After all, with mechanical dive watches all but obsolete, Rolex began to separate itself as well and truly push towards luxury. But let’s spend a moment on what happened during Tudor’s first attempt at uniqueness. 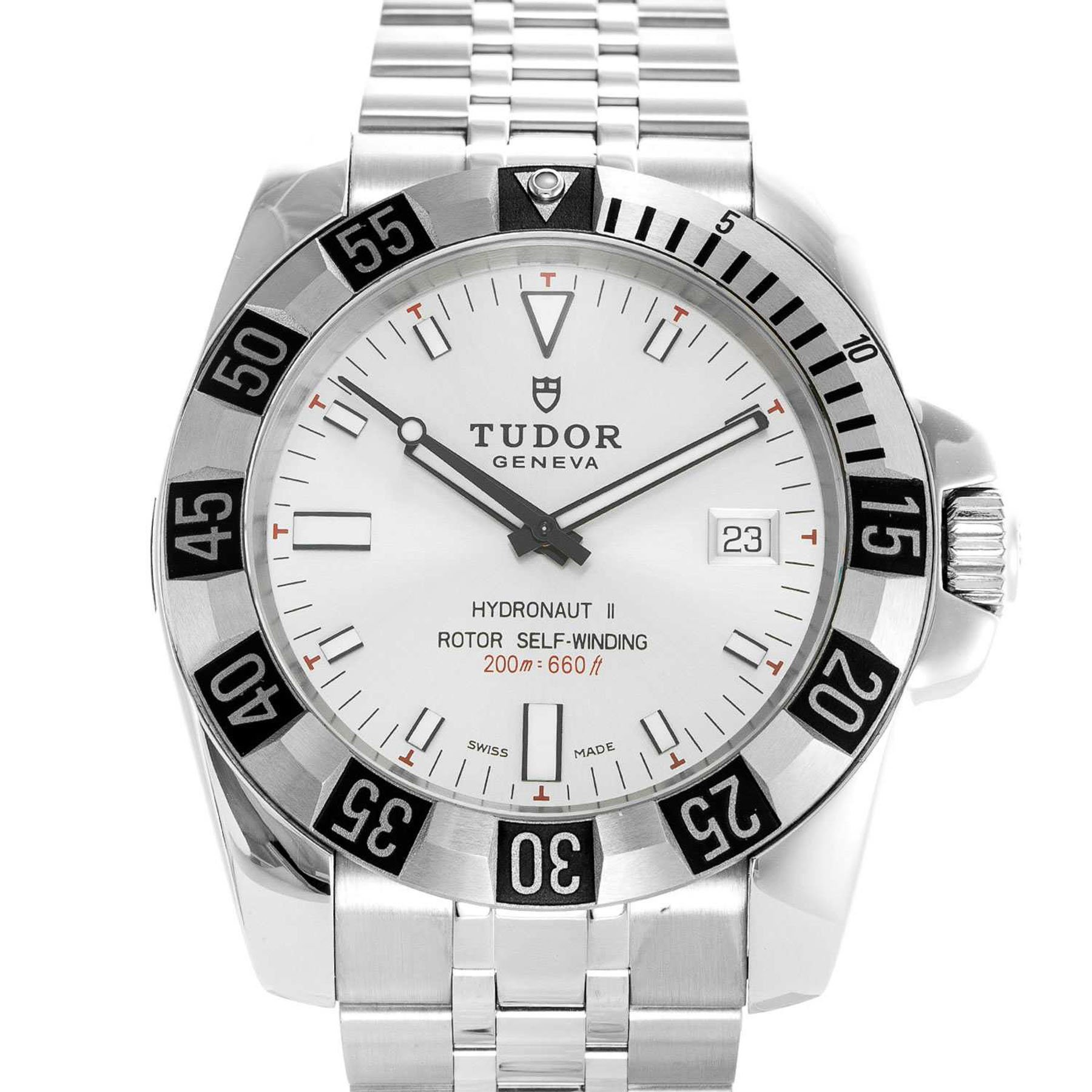 Once it discontinued the Submariner, Tudor went down a very odd path. I was fortunate enough to see watches from the brand in other parts of the world during work travel and, um, how do I say this? The watches weren’t great. Go have a look at the various “Hydronaut” models and you’ll get my drift. Oh sure, the watches were 40mm and kept 200 meters of water resistance, but man do they look meh and anonymous. For as subtle as Rolex can be, Tudor looked like they were doing some heavy sourcing and design out of a cheesy street market. Unsurprisingly, one can find these odd chapters in history for very little money. 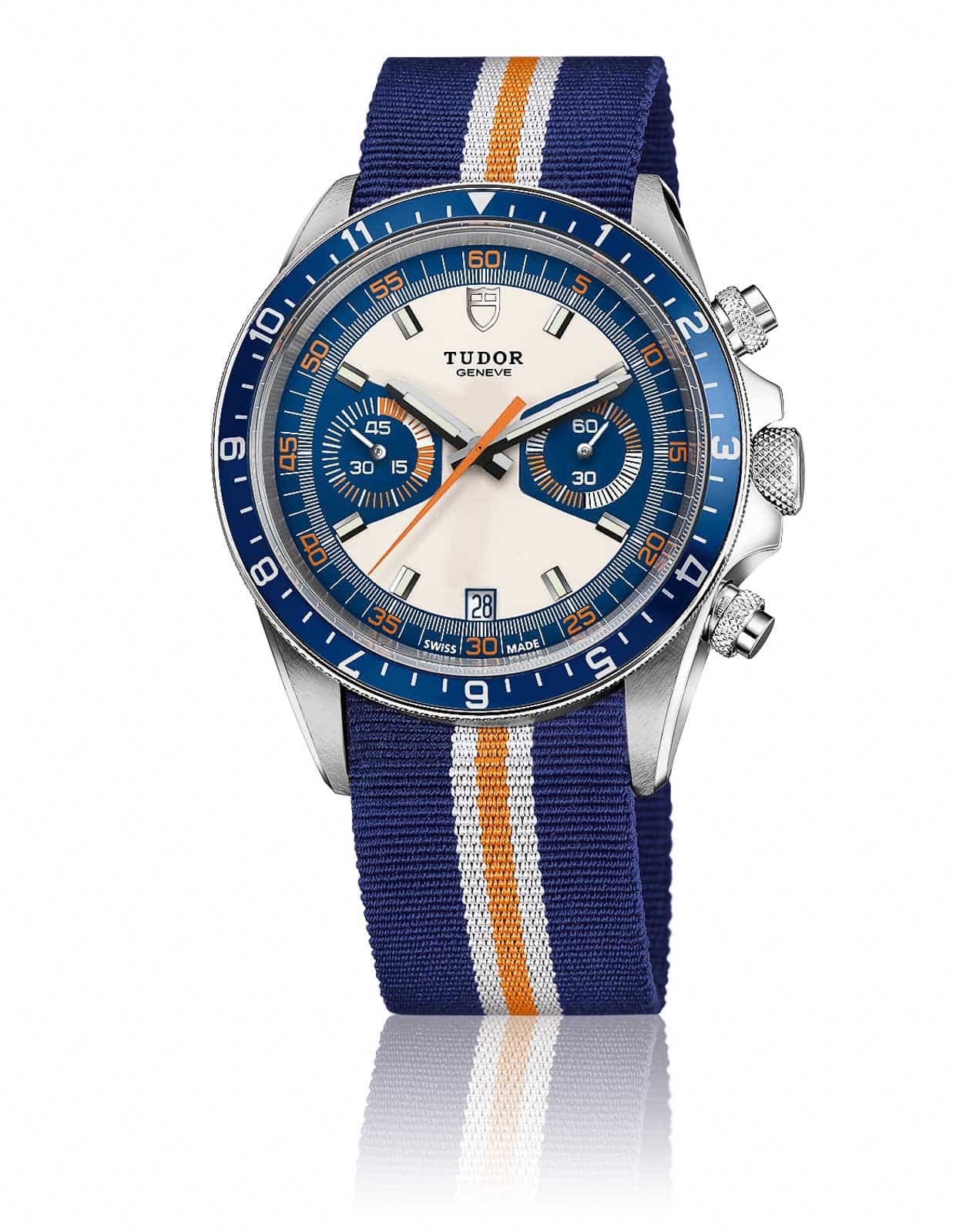 Don’t call it a comeback

It wasn’t until 2010 that Tudor woke up from its self-induced slumber and truly rocked the watch world with the Heritage Chronograph (a later version is shown above). Seriously, I still remember sitting in my house in Lancaster, Pennsylvania ogling the brand’s website and being blown away. Actually, I was so in love that I popped over to Como, Italy on a work trip to Europe and picked one up. Since then, Tudor has been on a roll. Hit after hit and very few misses. In 2013, it even returned to my country after crushing it with the Pelagos and Black Bay in 2012. But here’s what’s interesting — and why I bring up the Submariner — Tudor is incredibly reliant on the whole retro theme. 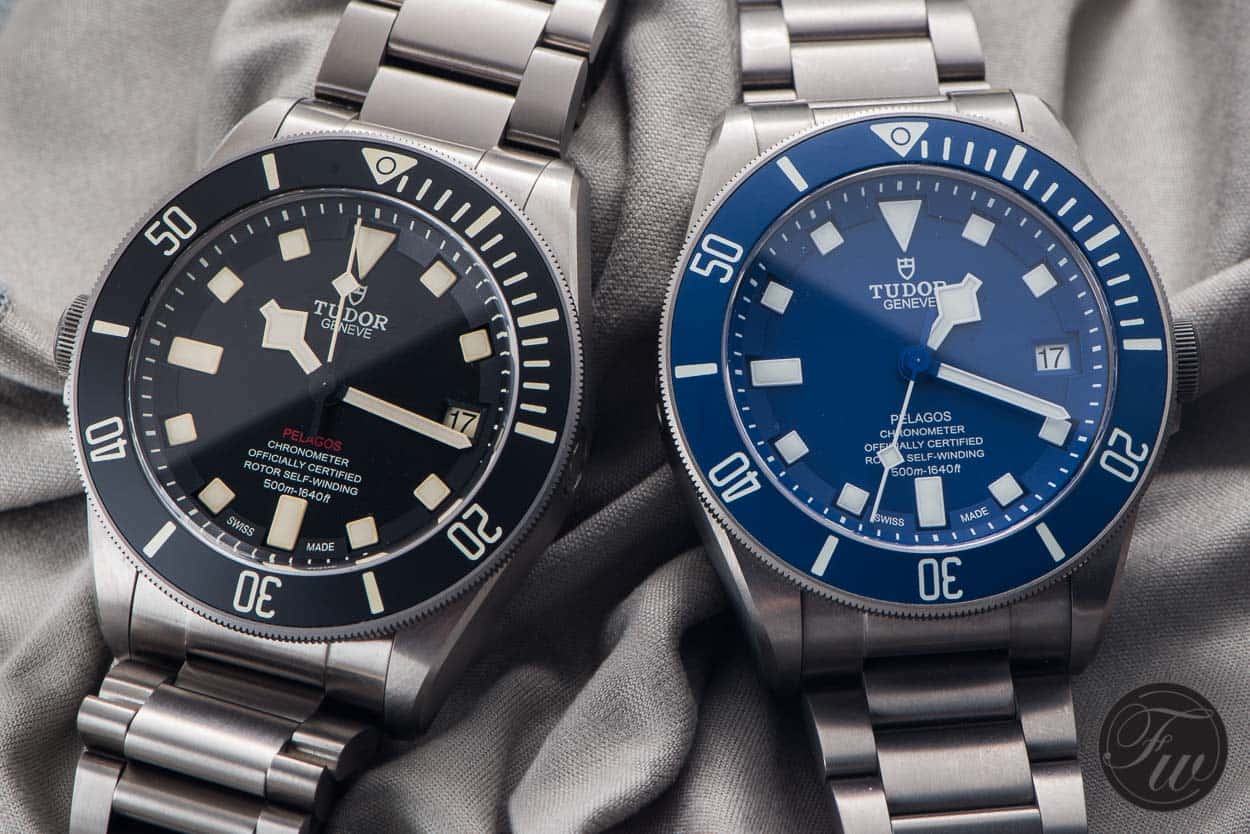 Aside from the lovely Pelagos and the forgettable and potentially discontinued North Flag (which could be interesting without that mess of a power reserve), it’s all about retro at Tudor. That’s a bit dangerous isn’t it? I mean, they still have some room to play with the lovely Fifty-Eight and the chunky GMT as far as dial colors, two-tone plays, and some limited editions. But what comes after that? Now, I took a look at the Black Bay family and it’s true that there are a mesmerizing amount of watches in the collection. But due to the strong lean on retro, I still feel that the brand will have a tough time in, say, three to five years in coming up with suitable successors. The bulk of these watches feel a bit less timeless than something like a Rolex or Omega. Enter the return of the Submariner. 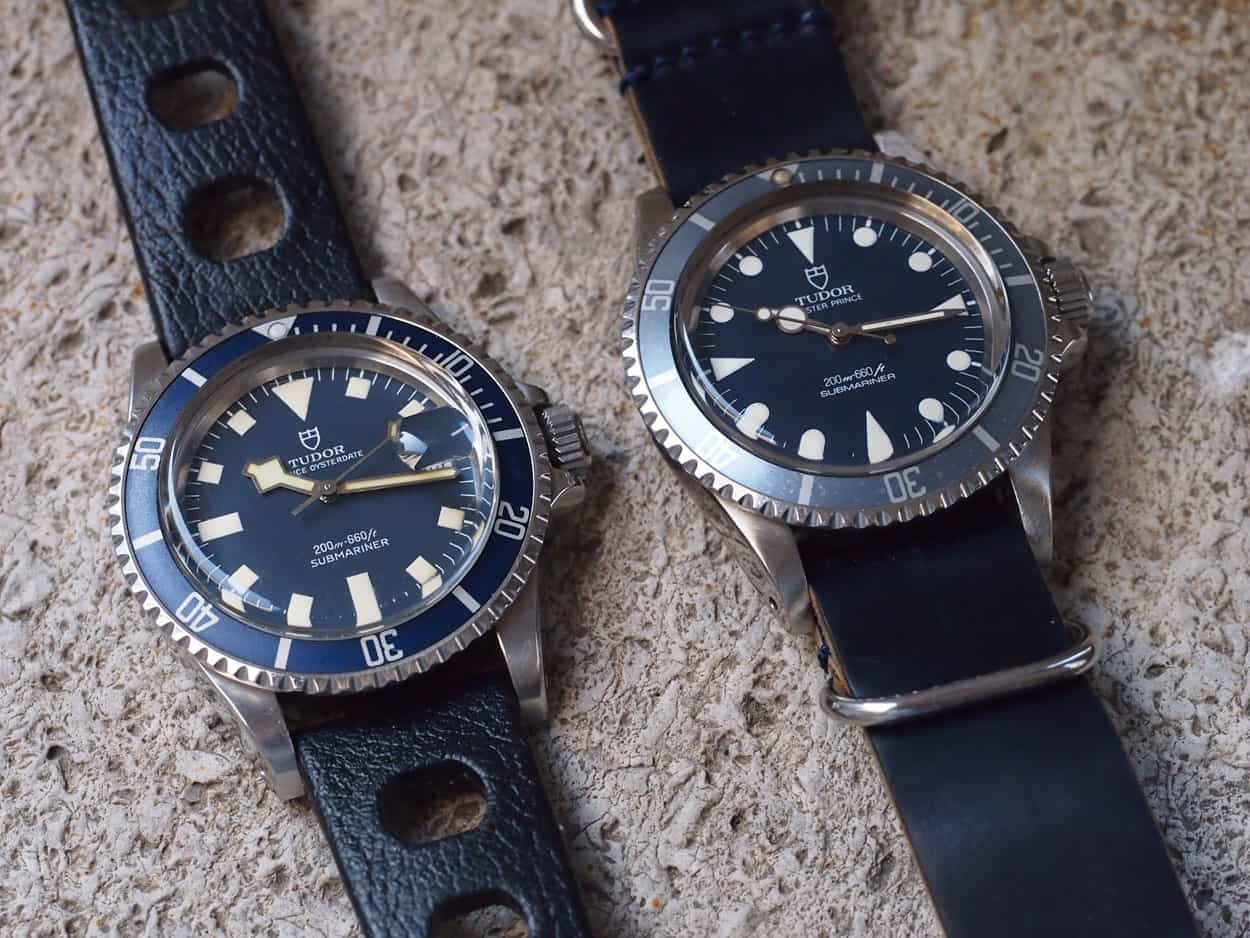 Bring back the Submariner

I get it that a return of the Tudor Submariner is about as likely as stores opening on a Sunday in Germany. But I actually think that deep down it makes sense on a number of levels. First and foremost, Rolex steel sports watches have become virtually unobtainable and they’ve been this way for a long time. We’ve said it before, but it pisses people off. And aside from a few proper tool watch geeks choosing the Pelagos as a true tool watch alternative, I bet that most people take their money elsewhere. So why not turn Tudor back into that alternative to Rolex (yes, this all assumes that you’d be able to find a Tudor Sub as well)? I truly doubt that people think of it that way today. After all, we’ve got David Beckham rocking the Black Bay rather than an actual diver.

The Rolex Submariner has also become damn expensive if you can find one at retail. They’ve been expensive for quite a long time, but the days of aspiring to such a watch are becoming more and more difficult. I’m sure Rolex has worked hard on positioning itself as an even more upmarket maker, but I’d still like to see the return of a proper lower-cost option. 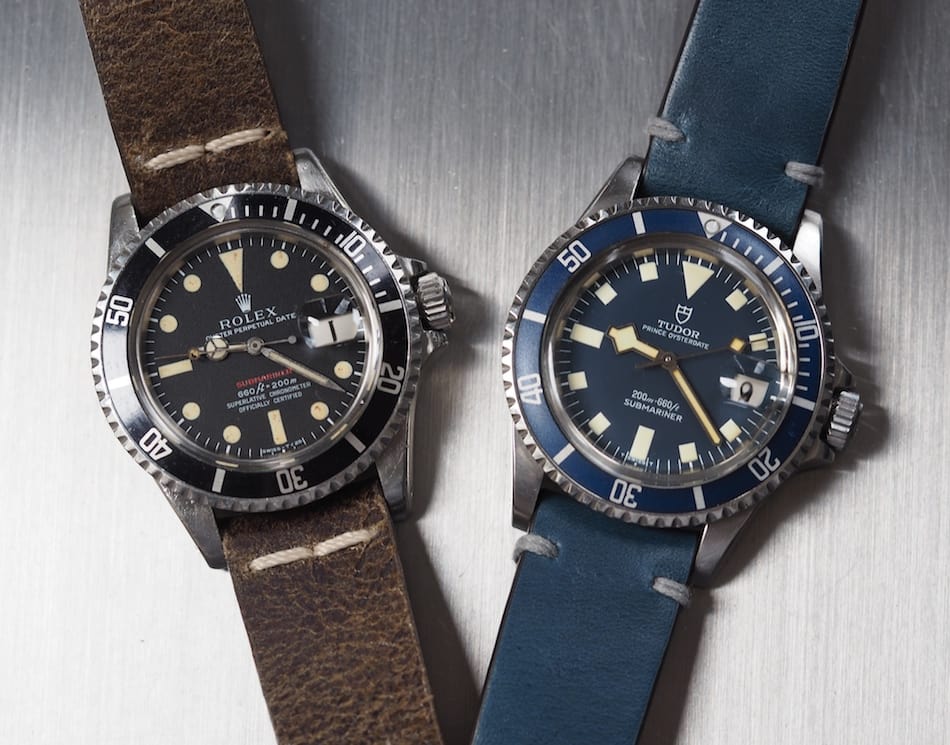 Tudor has done just fine withe Black Bay Fifty-Eight (and I guess several of its other variants as well), but could you imagine a proper new Tudor Submariner? Grabbing the old 16610 and 14060M or even the new maxi-case models would be easy. I am not sure if the slim MT5402 would work in those cases, but perhaps there’s a chance. And buyers would take no umbrage at the use of an aluminum bezel insert. Go ahead and add the Tudor rose to the crown and bracelet and all would be good. I don’t think most would even care if prices rose by another €1,000 or so. 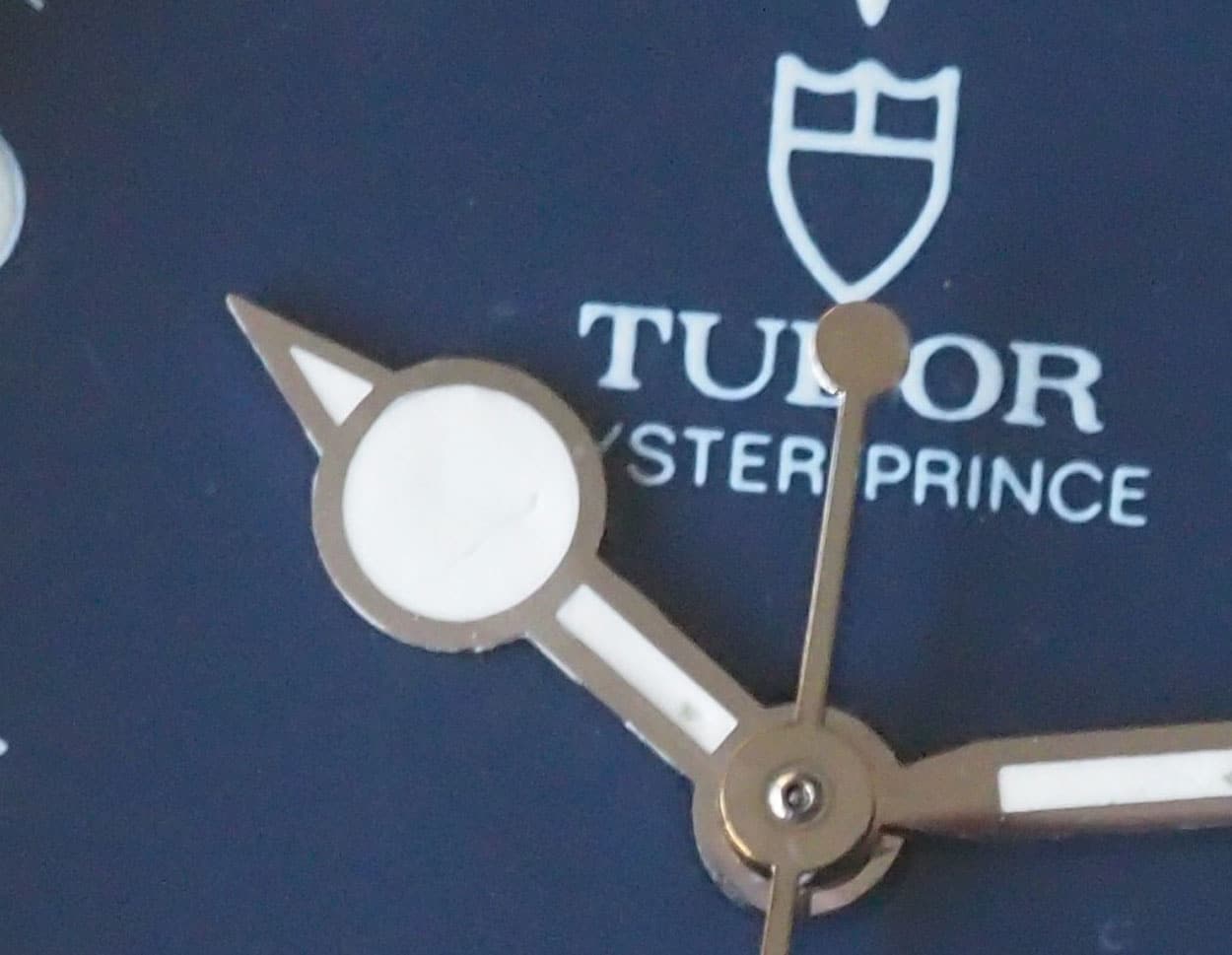 And just think of the return of a proper blue Tudor Submariner! Don’t worry, black would be on offer too. Ditch the snowflake look and go all-in on the Lollipop hand to help differentiate it from the Rolex variant. And if the brand was still dead set on adding some retro vibes, I’d be ok with a domed sapphire crystal. I guess my only fear is that these watches could end up being impossible to find as well. But I’d like to at least have the chance. 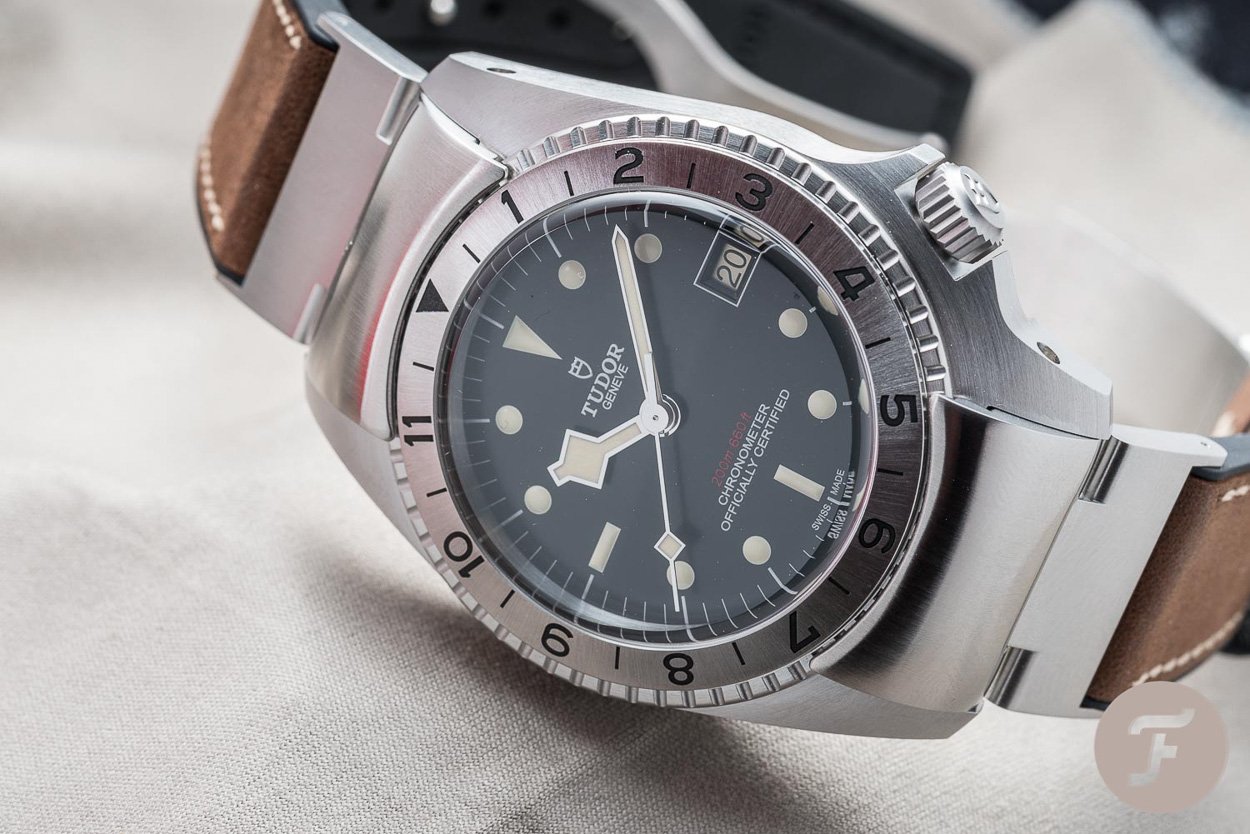 As mentioned, I don’t think this has a snowball’s chance in Hades of happening, but oh would it be glorious. And here’s the odd thing. We got really close to a proper Tudor Submariner last year. Do you remember the oddity (I’m being pleasant) they released called the Black Bay P01? Do you recall the sneak preview shots? Well, the dial, bezel, and crystal on this watch are dead ringers for a Sub rerelease. Unfortunately, everything around these components made the watch all but unwearable aside from those with wrists like The Rock. But…at least there’s the start of something. 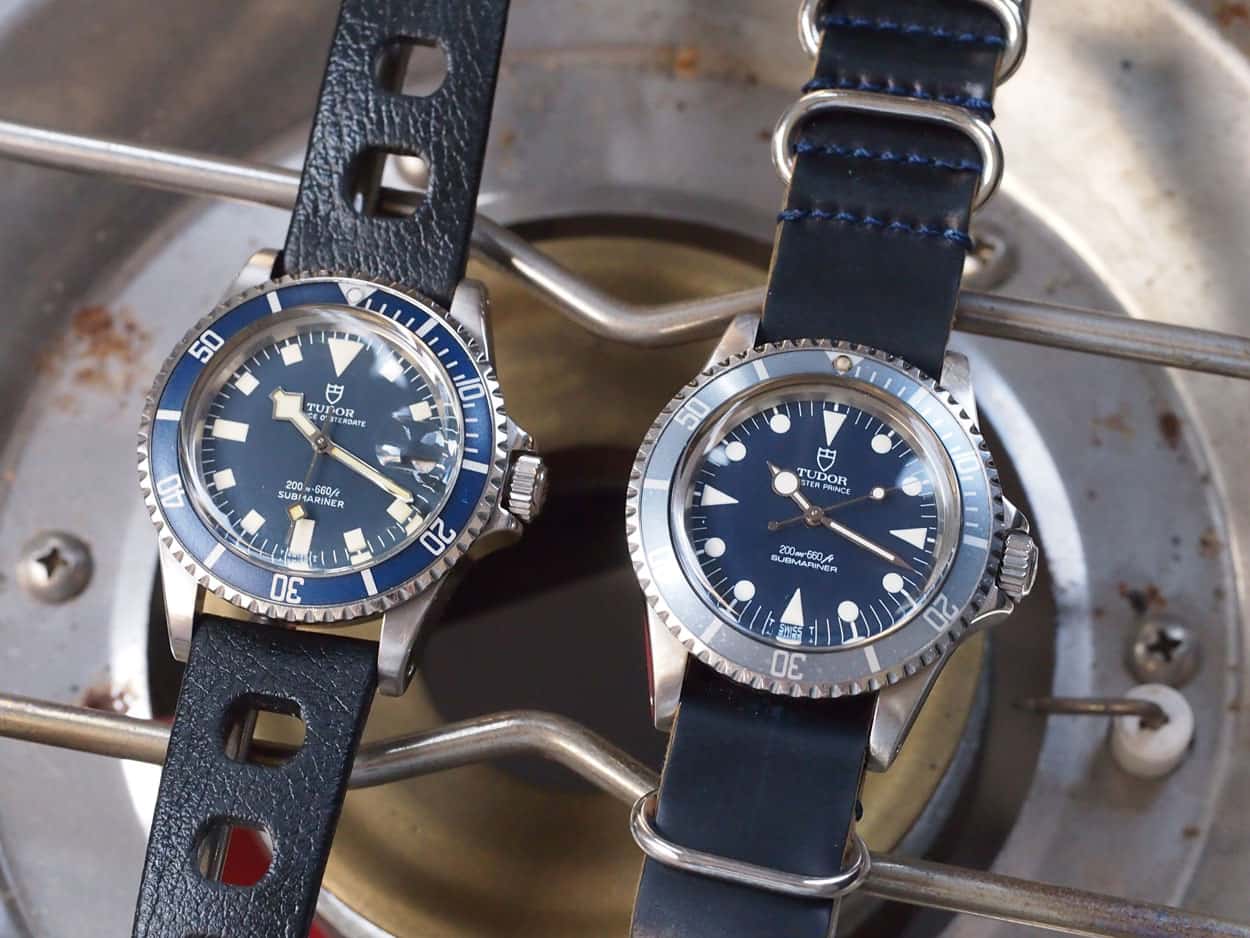 The inspiration for an article on whether the Tudor Submariner should or shouldn’t return came from a funny discussion. Rob and I were chatting before the newest Black Bay hit last week. He was asking me about the 36mm “bezel-less” Black Bay and if I thought it would be an affordable option to an older Rolex Explorer. I tried it on at Basel and it’s really good. Now that 14270 Explorers and their successors are becoming expensive, this 36mm Black Bay strikes me as the best example of what Tudor used to be. Namely, an affordable alternative to Rolex with about 90-95% of the good stuff. Now, it’s time for the brand to plan on doing that in 40mm with an external bezel.

We’re genuinely interested in what you think, though. Do you think that a Tudor Submariner should make its way back once the Black Bay series has exhausted itself? Or, do you think that Tudor is on the right path and should continue to try and differentiate themselves? Let us know with your vote and comments.