You probably have read it by now, but Montblanc seems to be the big surprise of the SIHH show in Geneva. Again, as the brand from Hamburg could really enjoy some positive and overwhelming responses during the SIHH in 2014 as well.

Let us add some words on Montblanc and its position in the Richemont group – or the watch universe in general – at the end of this article. First, we speak about this Montblanc Heritage Spirit Orbis Terrarum, their world timer watch with an in-house developed complication. 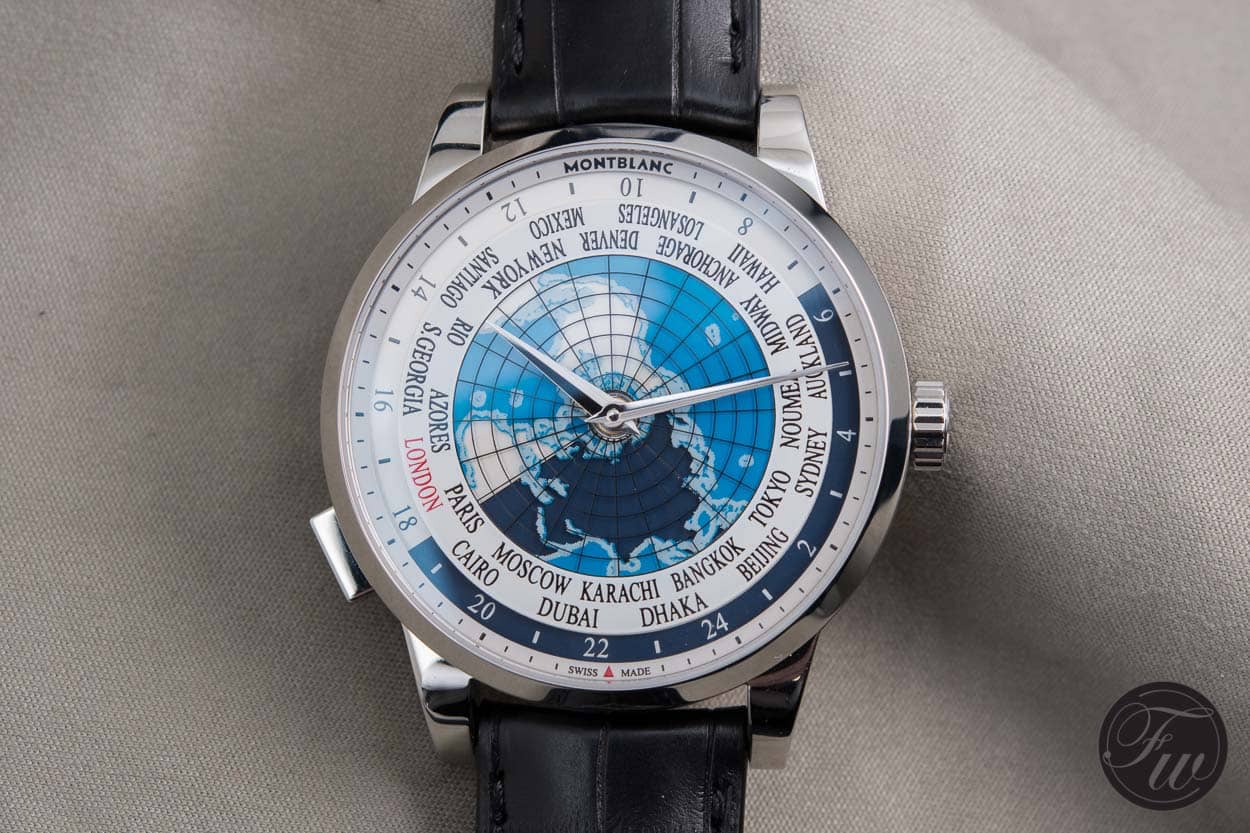 Montblanc surprised everyone this year. Not only with this Montblanc Heritage Spirit Orbis Terrarum (euh, World Timer) but actually with their entire range of new watches. We will soon update you on more of their watches. Let’s just say that in the entire range between €2000 Euro and €250.000 Euro in which Montblanc presented their novelties, there are absolutely no disappointments. We want to start by the watch that makes our horological heart tick a bit faster here on Fratello Watches. Not only because it is a world timer complication – which we love – but also because they are able to market it in a very – very – competitive price range. Although € 5.000 Euro is still a lot of money for many people out there, if you drill it down to mechanical watches that have a certain prestige, it becomes quite difficult to buy something that either has real value or that brings something cool to the table, such as a world timer complication.

In this case, Montblanc is able to do both. The real value lies within the fact that it is a well-built timepiece, has a mechanical movement with certain level of finish and that comes from a stable that is also capable of performing service and repair. The world timer complication on the Montblanc Heritage Spirit Orbis Terrarum has been developed and produced in-house and has been mounted to a base movement. We’ve seen world timer complications in this competitive price range from Nomos (Weltzeit) and Baume & Mercier (Capeland World Timer) for example as well. So it is possible, but remains to be rare. Especially when it is so beautifully done as with this Montblanc Heritage Spirit Orbis Terrarum.

The world timer function on this Montblanc works as follows: The pusher at 8 o’clock advances the city disc on the dial. The city disc displays – as you can see above – 24 cities in 24 different time zones. The city of your home time is displayed at 6 o’clock. Then, you can set the local time with the hour and minute hands. If you already had a closer look at the dial of this Montblanc Heritage Spirit Orbis Terrarum, there is no second hand. This did not bother us by the way, we like a clean looking watch and the minute hand is accurate enough for us.

On the dial you see an image of our precious world. You also notice that there is a darker part and a lighter part. These parts indicate whether it is day or night in these continents/time zones. Montblanc established this using two separate sapphire discs, one with a light blue colour and cut-out continents and one with a darker shade of blue to indicate the continents and parts of the world that are at ‘night’.

The beautiful polished dauphine shaped hands are sleek and long. The minute hand almost reaches the minute track, but stops on the 24 hour ring. The hour hand reaches the last out line of the globe, so it doesn’t overlap any of the cities on the city ring. At 12 o’clock, this watch let’s us know that it the famous brand from Hamburg, but very very discreet.

The round case of the Montblanc Heritage Spirit Orbis Terrarum measures 41mm in diameter and is just 12mm thick. The case has a polished bezel and a nicely brushed case band and lugs. The crown is very easy to operate and so is the city disc pusher at 8 o’clock. Inside is Montblanc’s MB29.20 caliber movement, based on a third party movement (Sellita) with an in-house developed complication. Montblanc has the knowledge – perhaps also due to their ownership of the former Minerva factory – to design, develop and produce these type of add-on complications for their watches.

The finish of the movement can be enjoyed through the transparent case back. There is a lot of engraving on the bezel of the case back, reference numbers, the level of water resistance, the model name and so on. We’ve found that to be a bit distracting and rather see less engraving or at least just one ‘line’ of engraving instead of two. 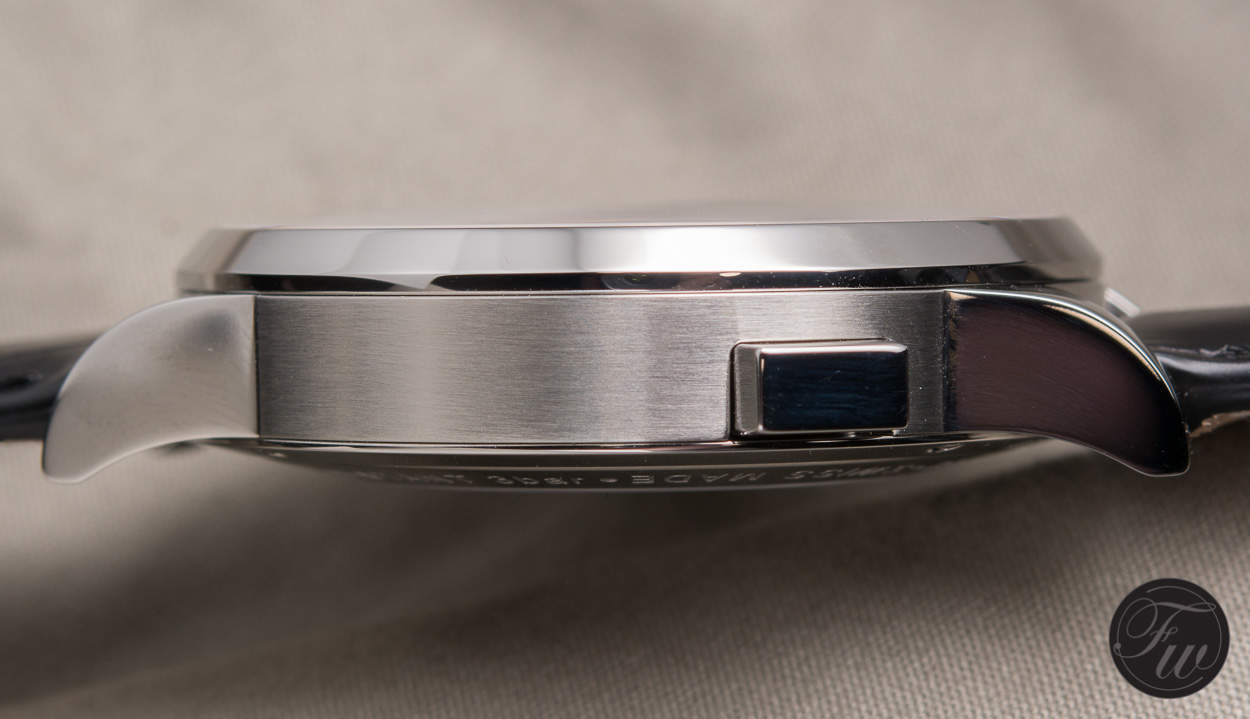 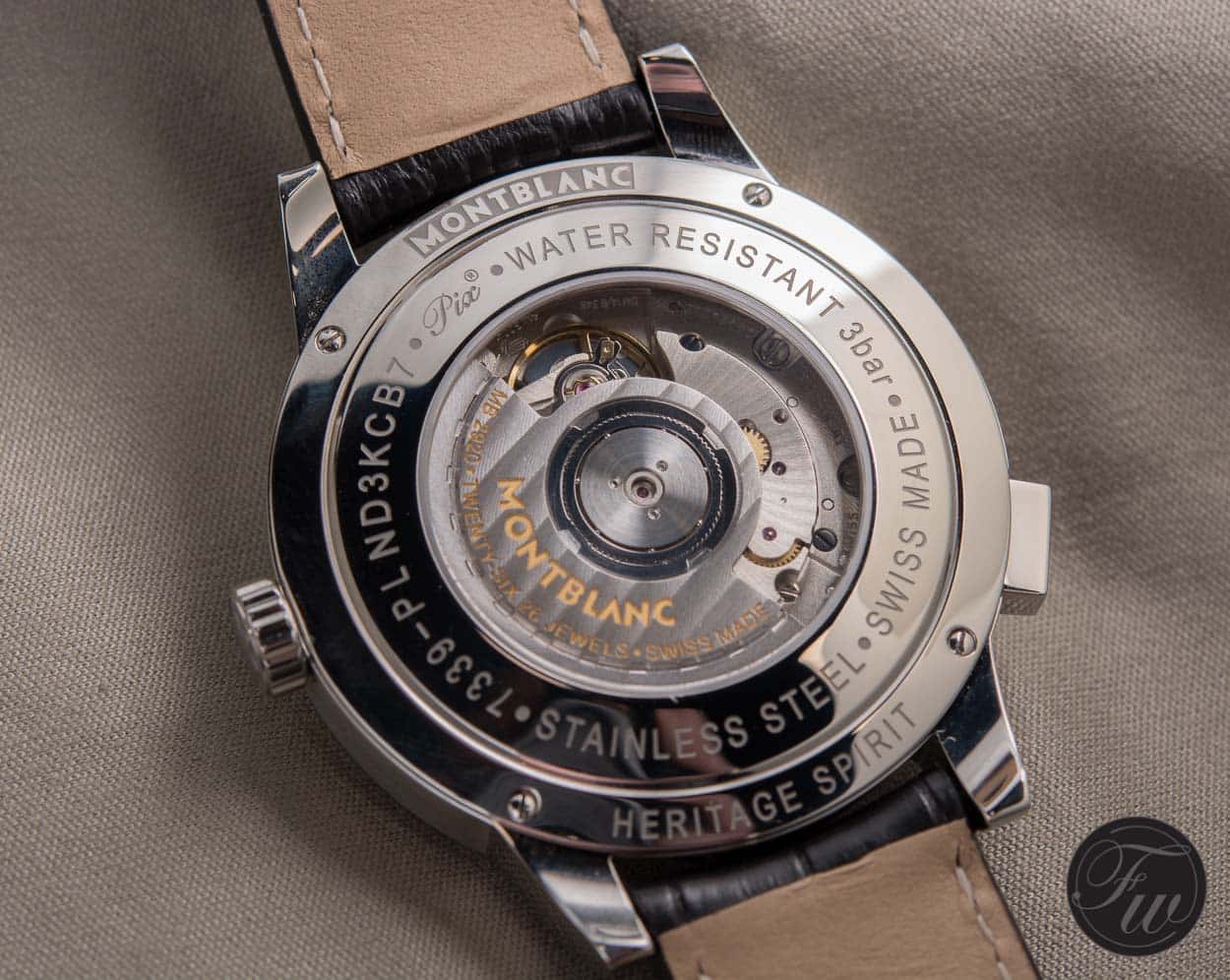 Price and some thoughts

As we already mentioned, Montblanc is able to offer their Montblanc Heritage Spirit Orbis Terrarum for € 4990 Euro for the watch as shown in this article. It can also be bought on a stainless steel bracelet (that actually looks good and has an original design) for €5250 Euro. Then there is a gold version (with a leather strap) that has a €13.900 Euro price tag.

For roughly € 5000 Euro, you will have a very cool world timer watch that can easily compete with some much more expensive timepieces out there having a world timer complication. It will make a lot of people realize that it is probably a far more interesting watch than some of the brands out there that are just offering a 3-hand watch for the same kind of money, perhaps not even with an in-house movement. 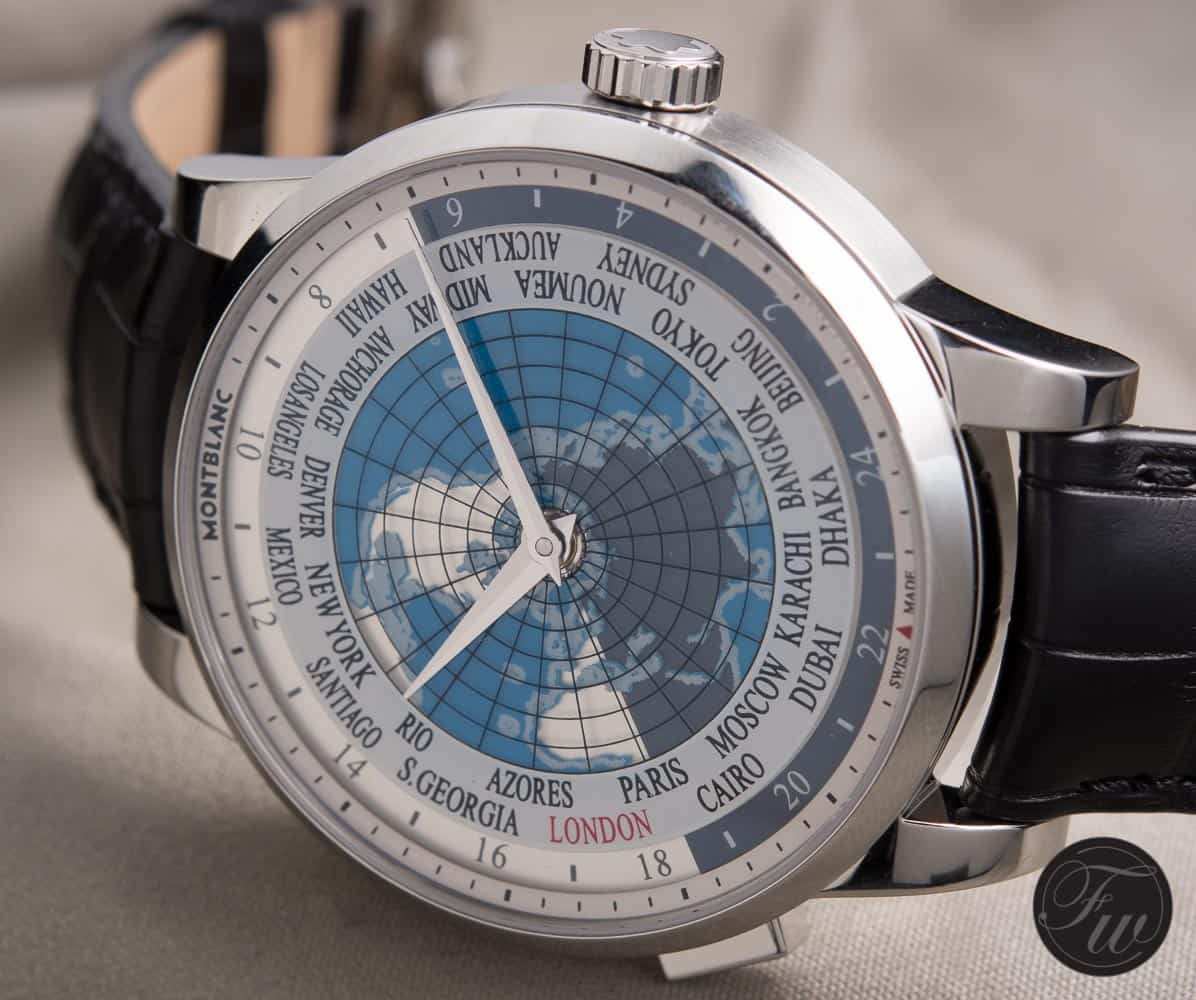 Montblanc really shook up the SIHH in our opinion, being able to deliver some very interesting watches for very competitive prices (starting at 3990 Euro for a beautiful dual time zone watch and 6650 Euro offering you an annual calendar with moon phases). That also makes us wonder how they are positioned – or want to be positioned – in the Richemont Group (Baume & Mercier, Montblanc, IWC, Jaeger-LeCoultre, Vacheron Constantin, Lange & Söhne etc.). How come that Montblanc is with these watches mentioned, in the same category as Baume & Mercier, with their in-house watches as the Nicolas Rieussec in the same category as – perhaps – IWC and with their haute horlogerie collction called Villeret in the same range as Jaeger-LeCoultre for exampe? It seems that Richemont let its brands also compete ‘in-house’ and additionally to brands from other groups and of course independent brands. While Swatch Group for example, seems to have a more layered approach of brands (Certina, Tissot, Longines, Omega, Blancpain, Breguet etc.) that do not really bite each other with their collections.

Whatever the thoughts are behind this strategy from Richemont, it surely will keep things very sharp within their group of brands. Seeing the Montblanc collection, not only this Montblanc Heritage Spirit Orbis Terrarum, we can’t suppress the feeling that some other brands at the SIHH are not really happy with Montblanc for being so strong for the second year in a row.

In any case, keep an eye on your Montblanc retailer and make sure to give this world timer a try! More information on www.montblanc.com