Only a few months ago, we did an interview with Danish artist Cay Broendum in this article. Not much later, we had an exchange of emails about Speedmaster artwork. Now that it is done and ready for ordering, let’s have a look at this piece of art and tell you about some of its details.

You saw it here first, on Fratello Watches’ Speedy Tuesday! 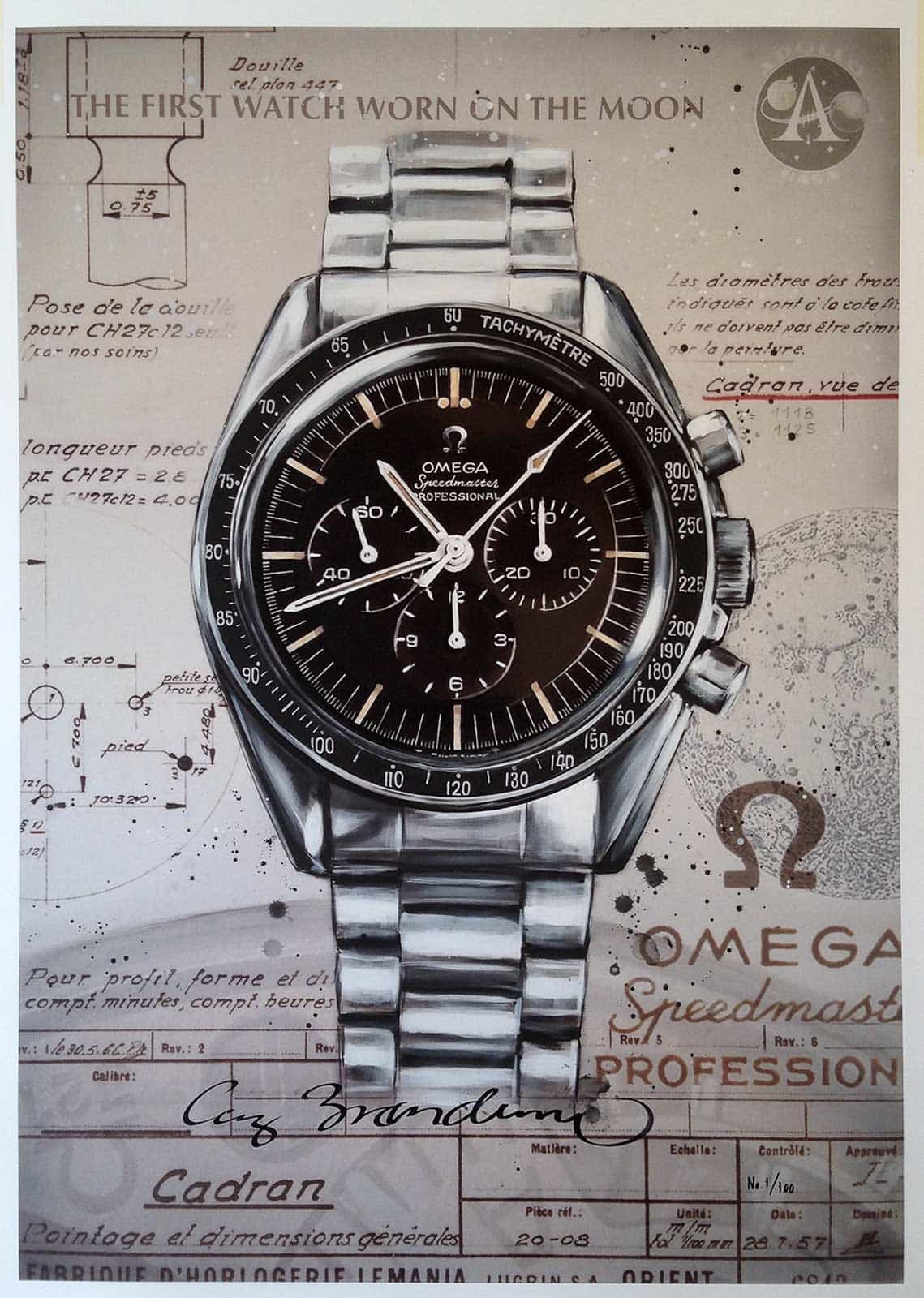 As inspiration for this Speedmaster artwork, Cay Broendum used the Omega Speedmaster Professional 105.012 / 145.012.

Another interesting item that Cay Broendum used for his Speedmaster Artwork is the order form for dials. It is used as background on the lower part of the drawing. You can see the word Cadran (dial) on there as well as some other ‘variables’ that they used at Omega. In our article about Omega’s Extract of the Archives service, you can see the micro films of these orders. If you happen to own the Moonwatch Only book, look at page 70. Cay Broendum used the Lemania sketch to the Singer Dial Manufacture.

Below, and on the background of the ‘Cadrans’ order, you will recognize the caliber 321 movement. Due to the red copper movement, you could look at it as planet Mars. On the right, you’ll see another planet, that looks like the Moon.

I’ve seen more Speedmaster artwork, from others, and most of it doesn’t trigger me to buy it. Mainly because of the lack of details, or wrong details for example. Especially with vintage watches, the details are of importance of course. With this Speedmaster artwork from Cay Broendum, as we could also see with his work on Rolex for example, there are a crazy amount of details he paid attention to. Let’s have a look. 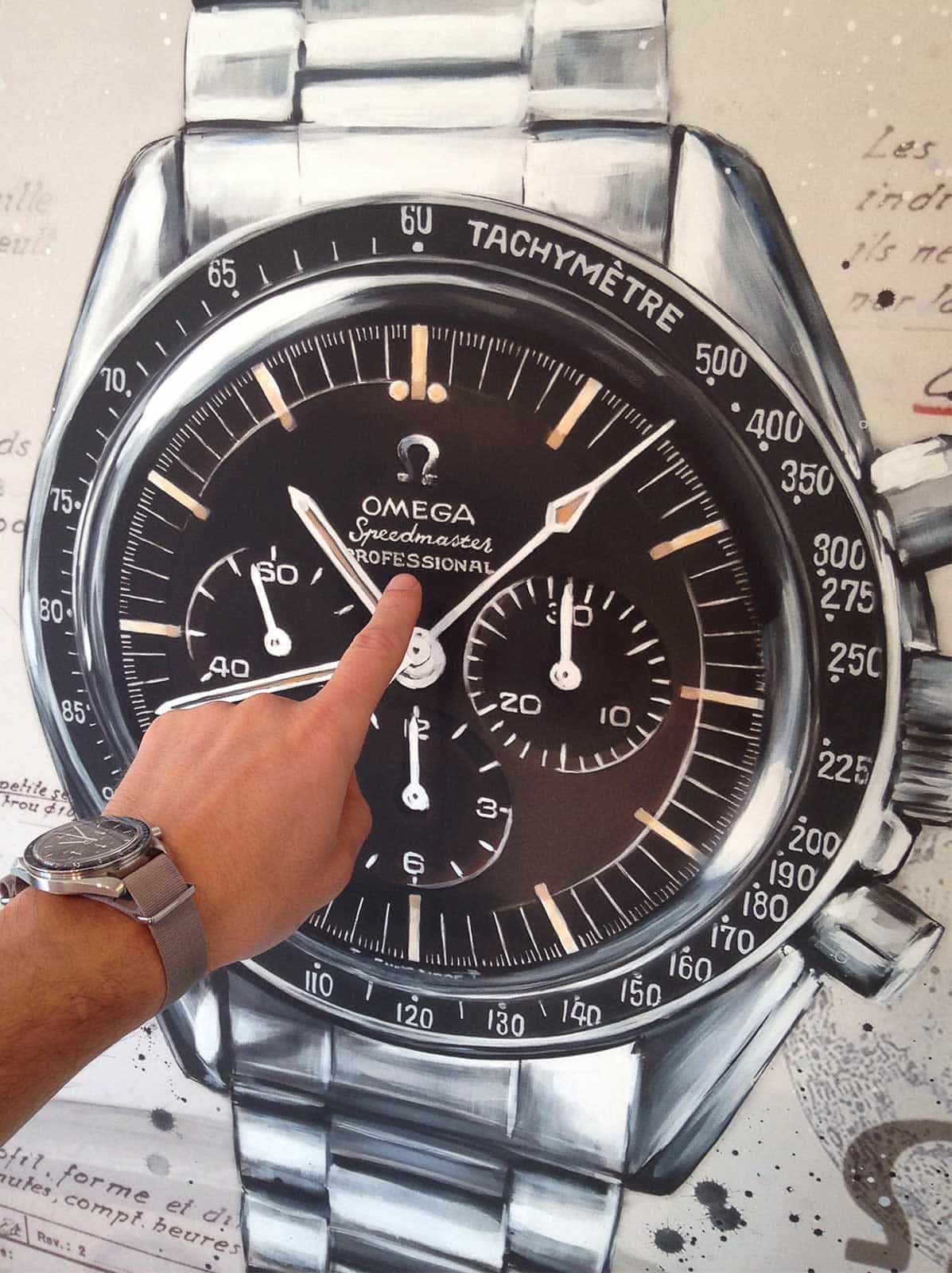 The dial, with a bit of tropicness in there, has the step in it, like the 105.012, 145.012 and early 145.022’s used to have. Then there’s the applied Omega logo, correct typography (although the S and p should be connected), long hour markers and T Swiss Made T writing. The hands are correct as well, with the drop counter weight. Of course, Cay Broendum made sure there is enough patina to see as well. A nice coffee tone has been used for the tritium markers and hands.

The bracelet has a bit curvy links, which would make it a 1171. The first bit looks like a 1039 though. It seems to be a mix of both. Artistic freedom! In total, it is a drawing well done, and something I wouldn’t mind in my living room (!) as art piece.

If the artwork is to “detailed” in its looks, some of the artistic roughness disappear. So its a fine balance keeping the details right and the look ‘rough’. 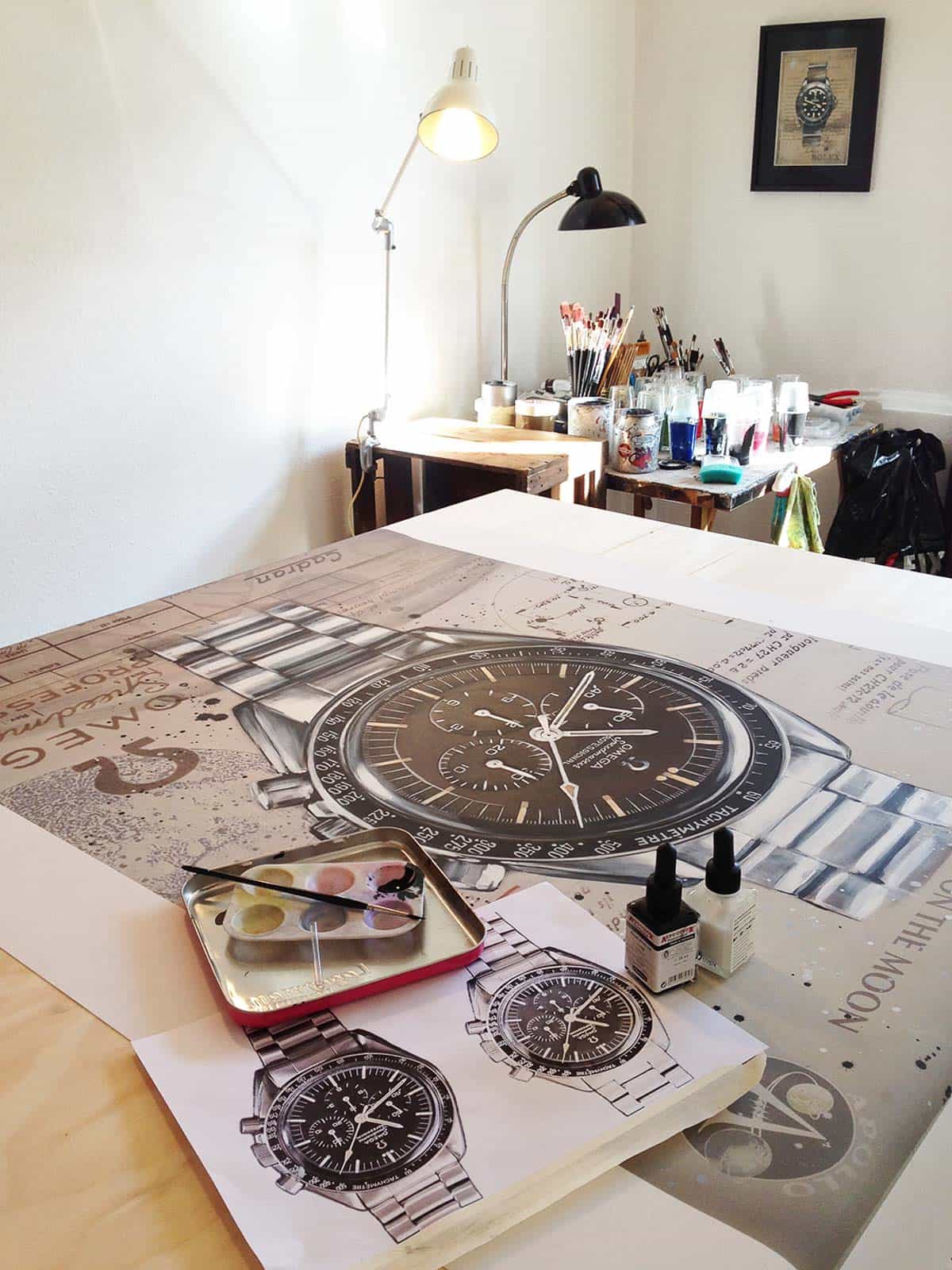 Order Your Artwork from Cay Broendum

Cay Broendum presents his art on his website. You can also order his artwork on there, or pay a visit to one of his collaborators’ shops (Switzerland, The Netherlands and Denmark, of course).

Just mention Fratello, and there you go. 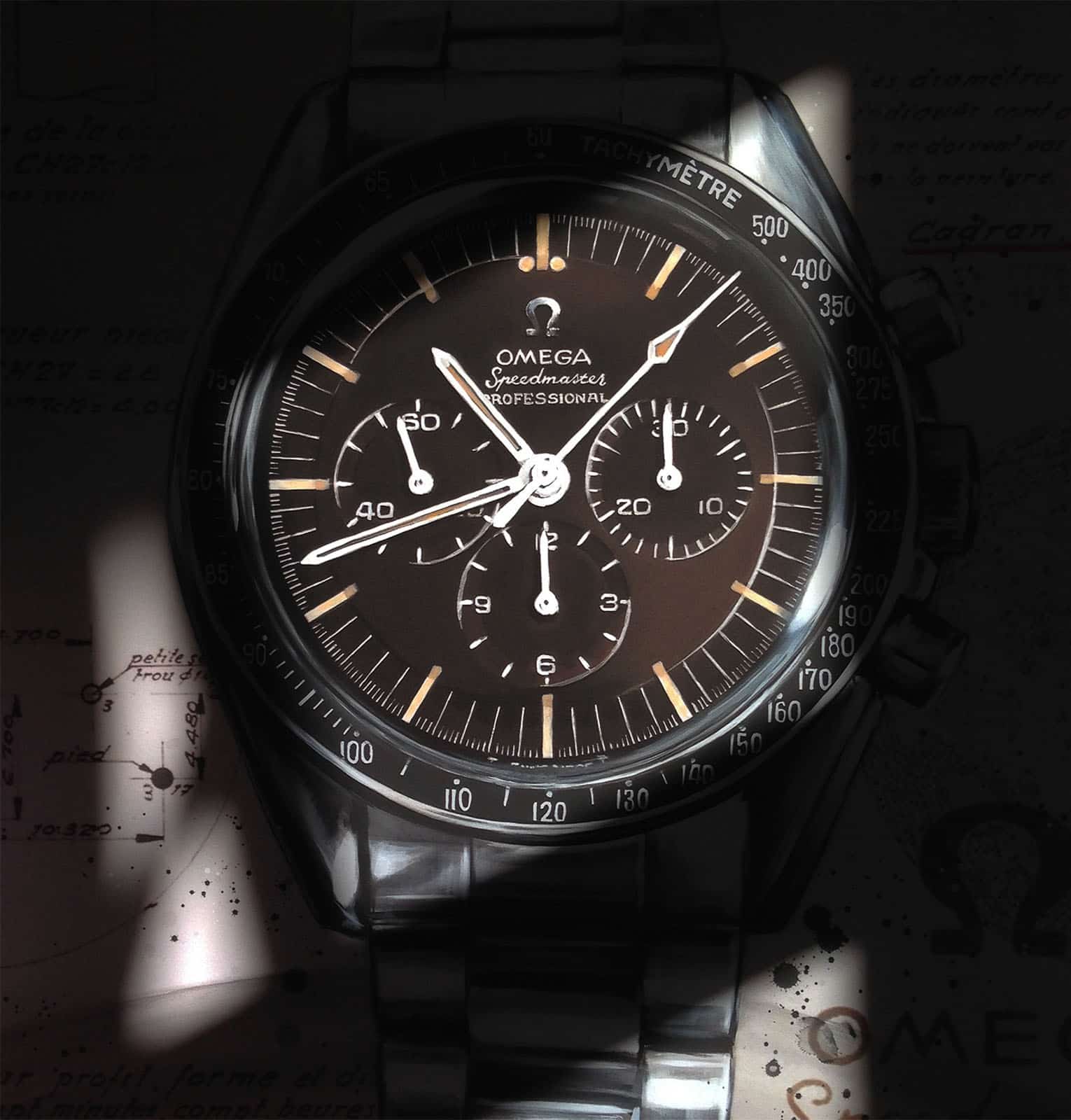 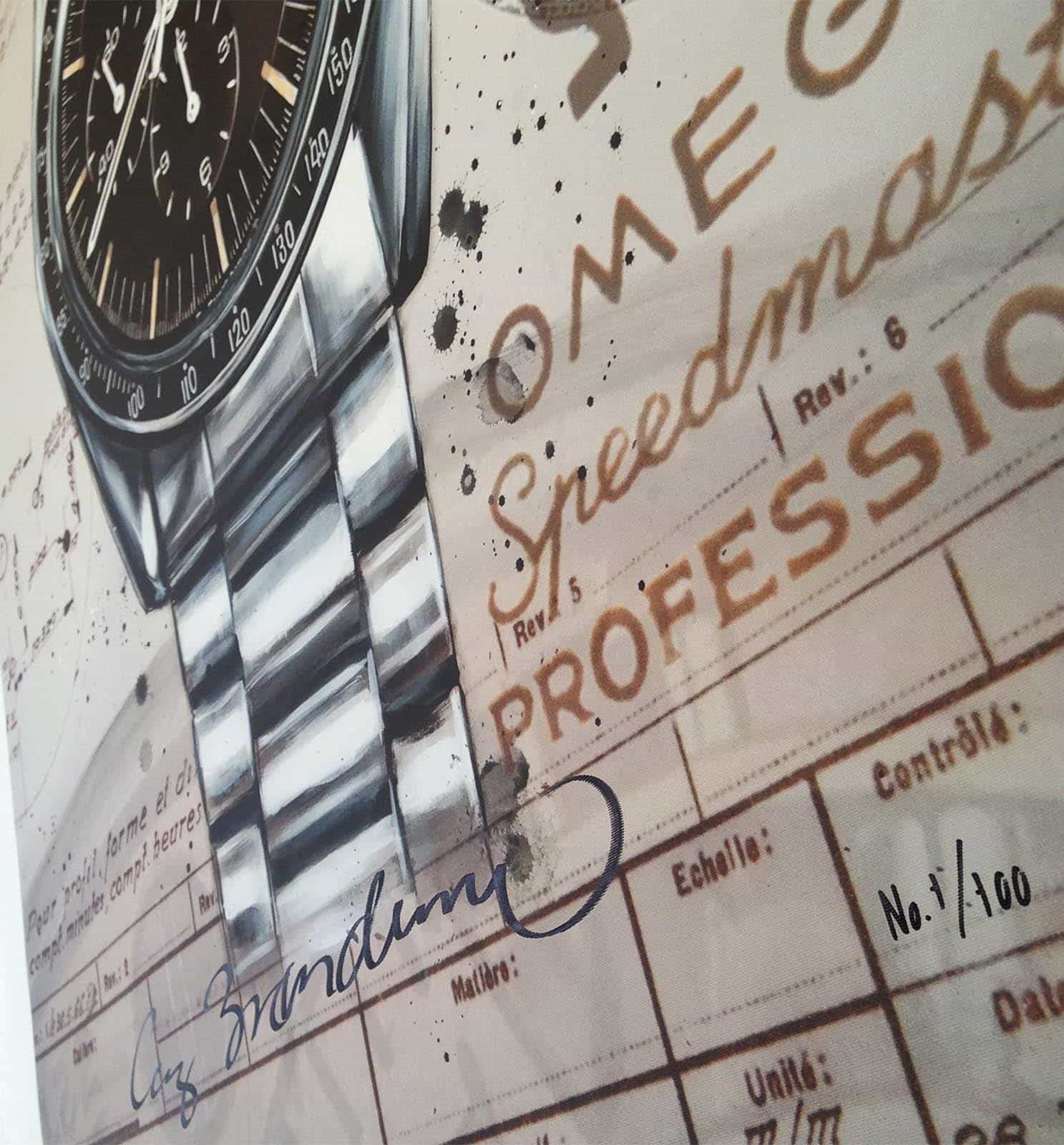 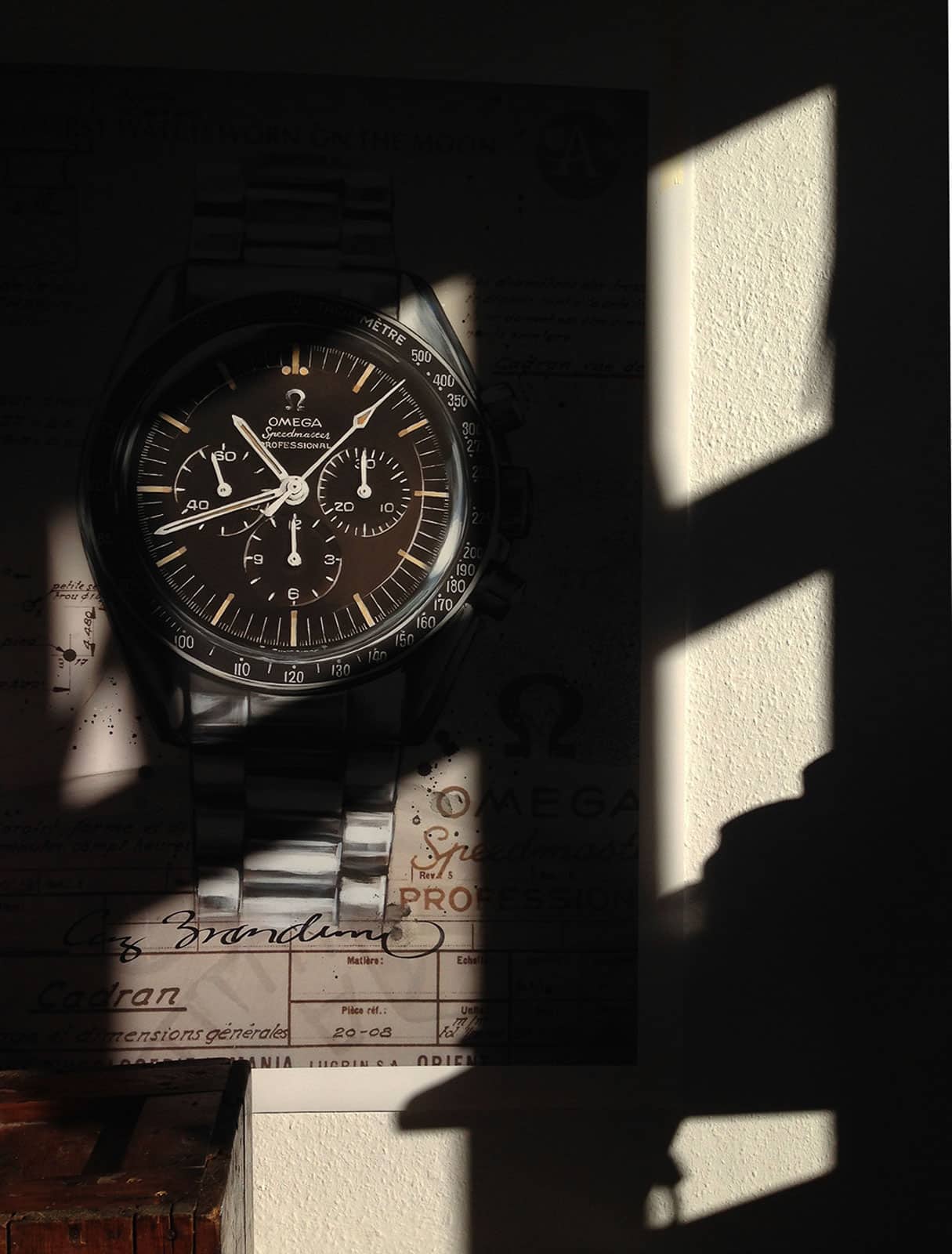 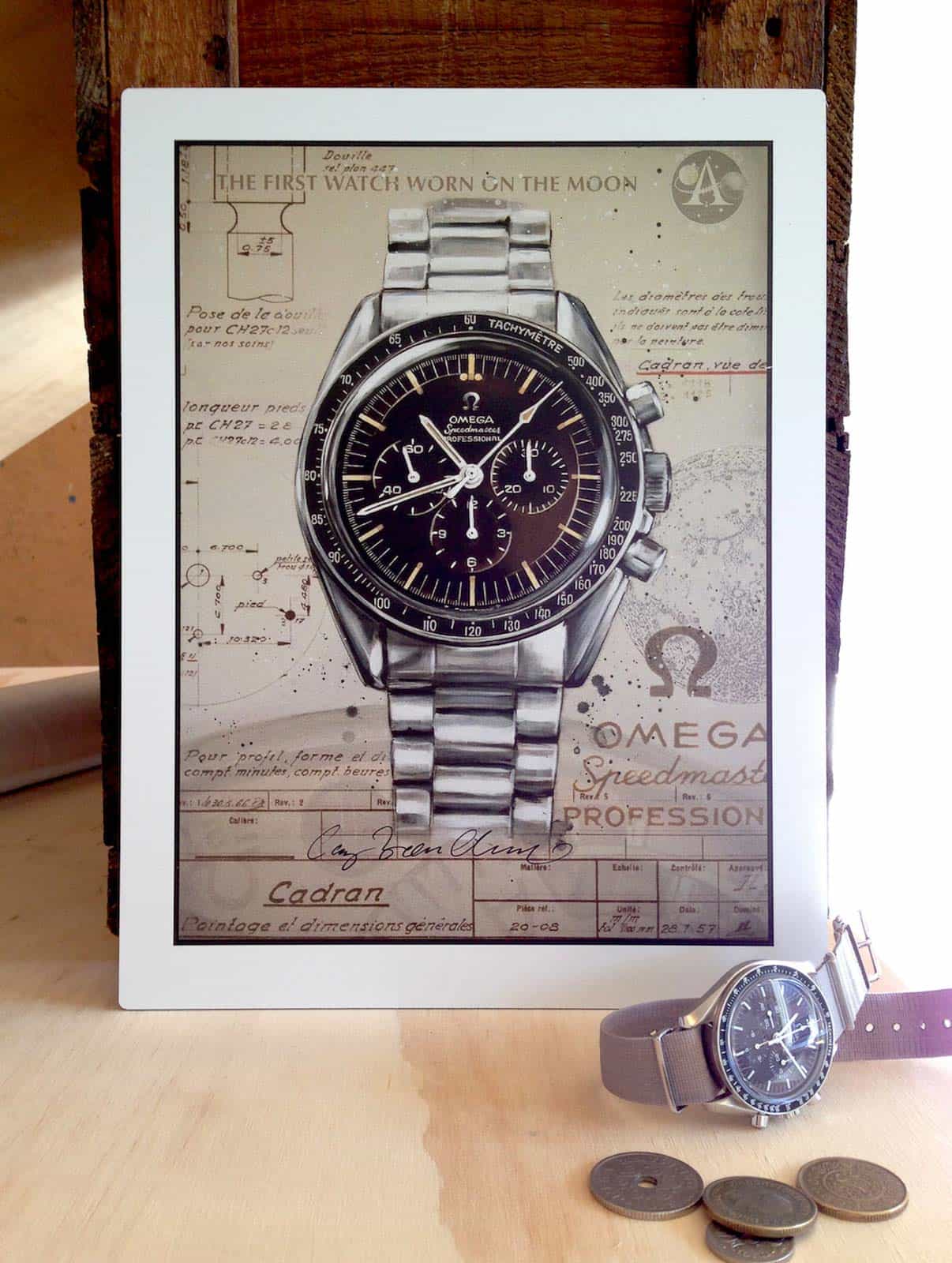 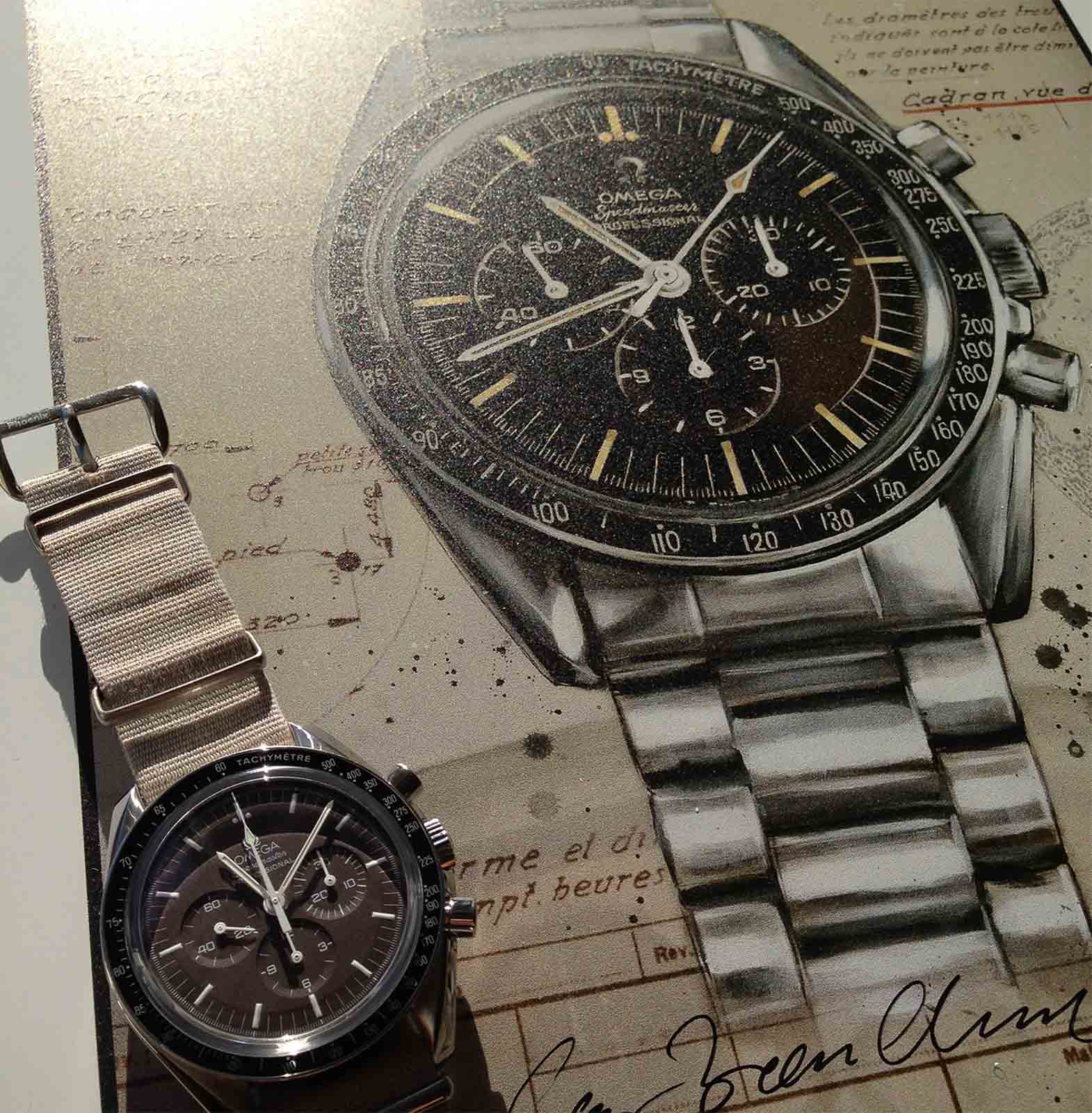 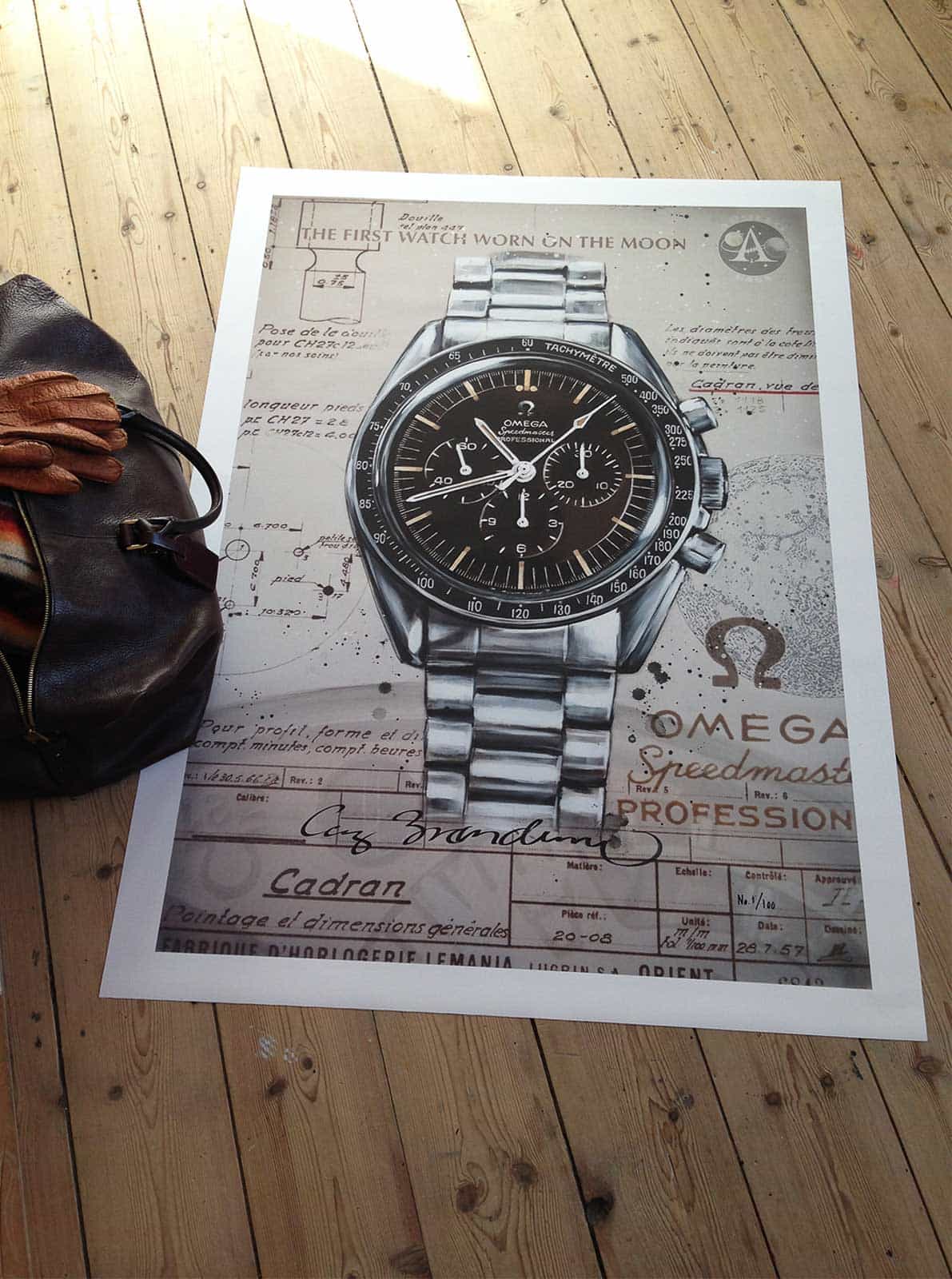 Hot Topics
Introducing: The New Seamaster Professional 300M 60 Years Of Bond — With A Special Animated Case Back
105 comments
Are You Still After An Omega × Swatch MoonSwatch?
96 comments
It’s Time To Invest In A Dress Watch — Our Picks From Breguet, Omega, Grand Seiko, And More
73 comments
Introducing: The Oris Divers Sixty-Five Fratello Limited Edition
50 comments
The Rolex Waitlist Conundrum — How Much Will The Price Of Your Watch Increase While You Wait?
50 comments
Popular
A Question From A Reader: “Which Modern Speedmaster Is Closest To The Original Moonwatch?”
Robert-Jan Broer
14
Top 10 Rolex Watches – Overview of Models Favoured By Our Readers
Fratello
24
Rolex Submariner – Historical Overview Of A Diving Legend
Robert-Jan Broer
22