My Next Omega Speedmaster Is An Often Overlooked Model

Moonwatch purists: get ready for this...
Robert-Jan Broer
comments 43
Share

Ever since the Speedmaster Dark Side of the Moon came out (in 2013), I’ve known I would need to acquire it at some point. I am not talking about one of the recent variations, but the original one. The OG of Dark Sides. Here’s my love letter to that watch.

This might come a bit unexpected, because my focus is collecting Omega Speedmaster Professional watches, or at least models that are in the line of Moonwatch descendants. And yes, I do have a Mark II, Speedmaster 125, Speedmaster LCD, Speedmaster X-33, etc. that are already the odd ones in my theme. When Omega introduced the Speedmaster Dark Side of the Moon in 2013, with its case diameter of 44.25mm, I was smitten by it. The all-black ceramic case, the ceramic dial, and, last but certainly not least, a beautiful in-house manufactured movement (caliber 9300). The perfect modern interpretation of an iconic chronograph. 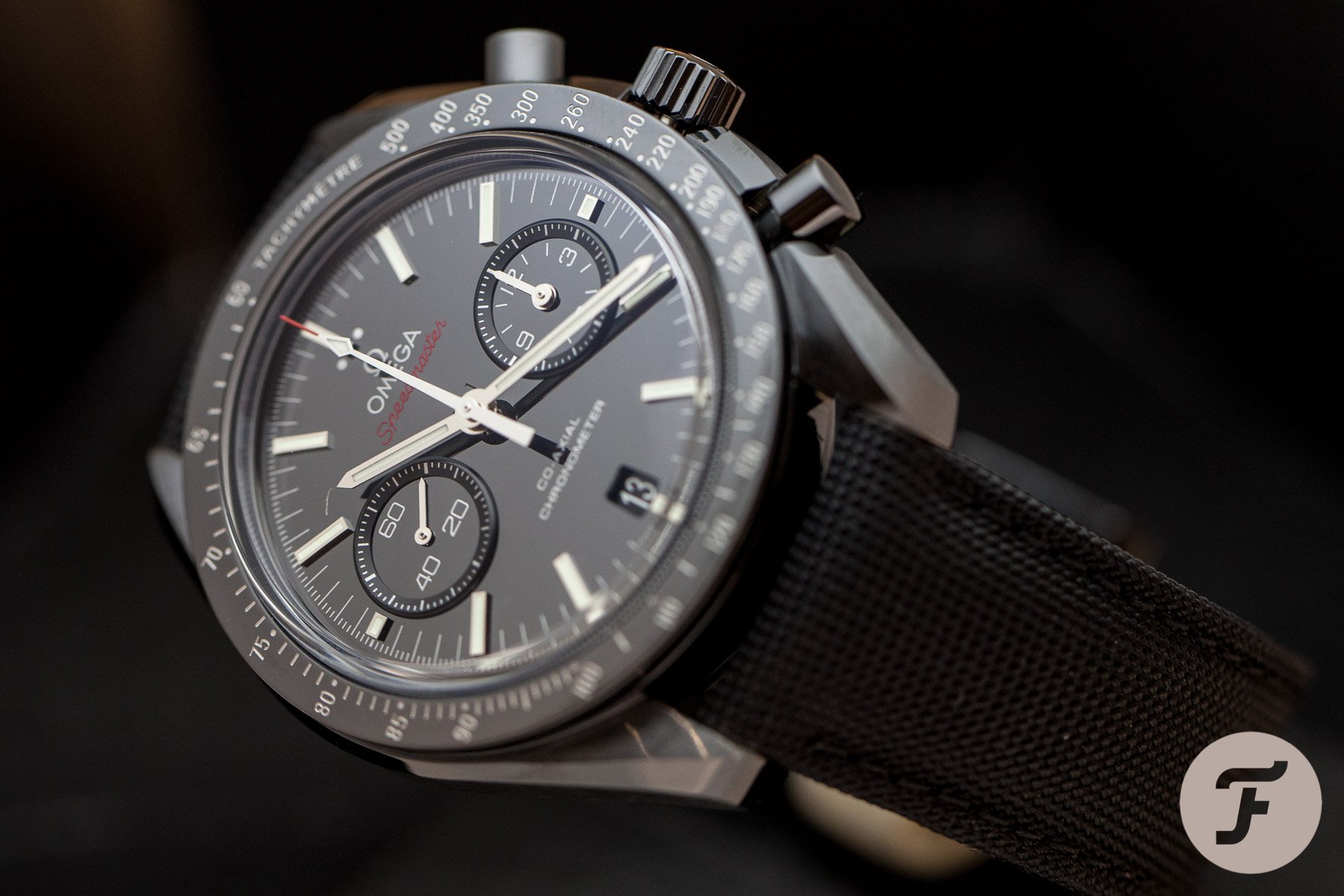 Omega Speedmaster Dark Side of the Moon 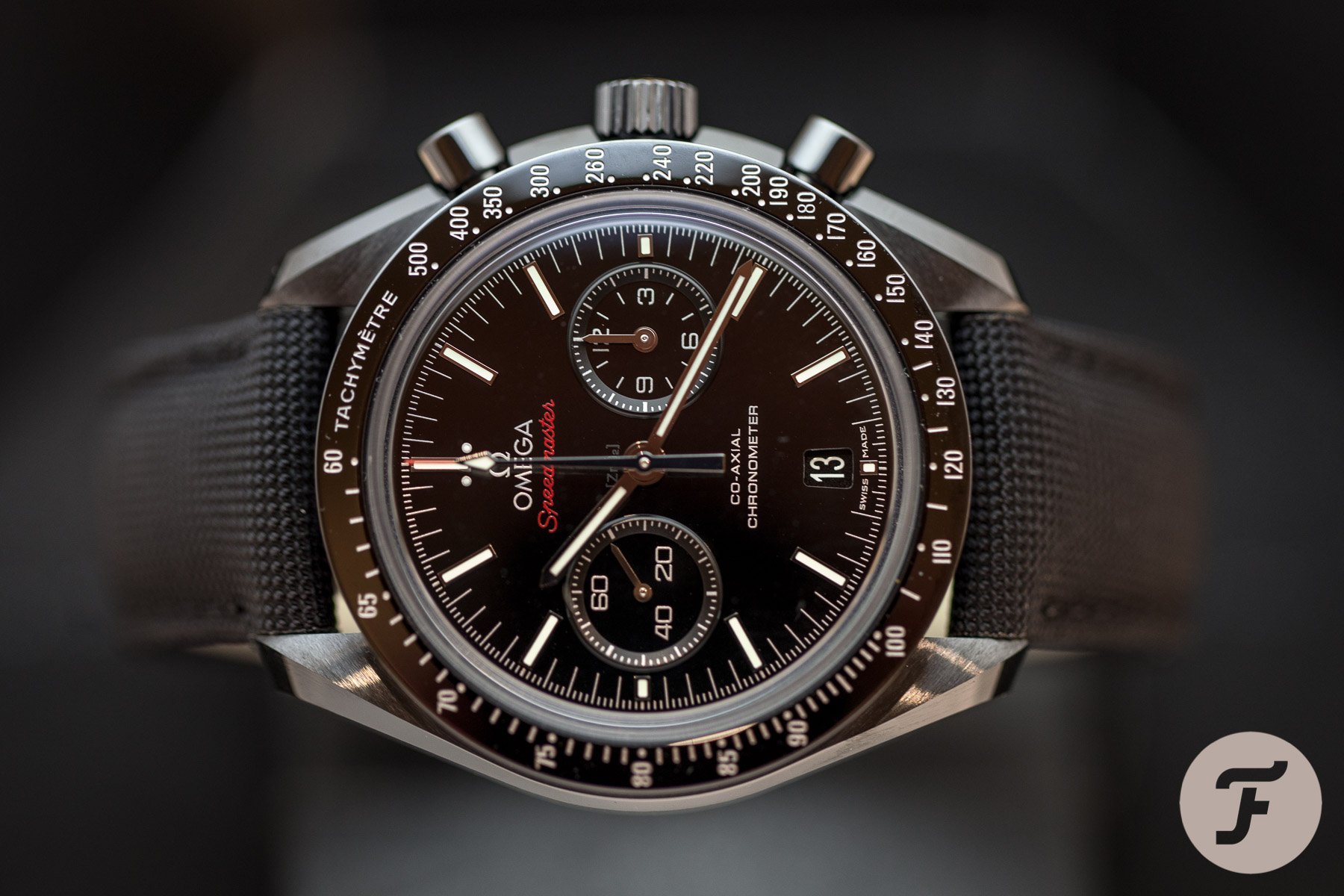 What makes the Speedmaster Dark Side so interesting?

How can you create a modern watch, that shares enough DNA with the original design, without becoming yet another heritage model? In the (very far) past, Omega tried this several times and this resulted in the famous Mark series. That endeavor continued up until the Mark V in the 1980s. This was Omega’s playground. We were treated to modern design — futuristic sometimes — with ingredients from the iconic Speedmaster design. Not every Mark series was a success. However, that’s not to say they didn’t become collectible among enthusiasts. Far from it, in fact… 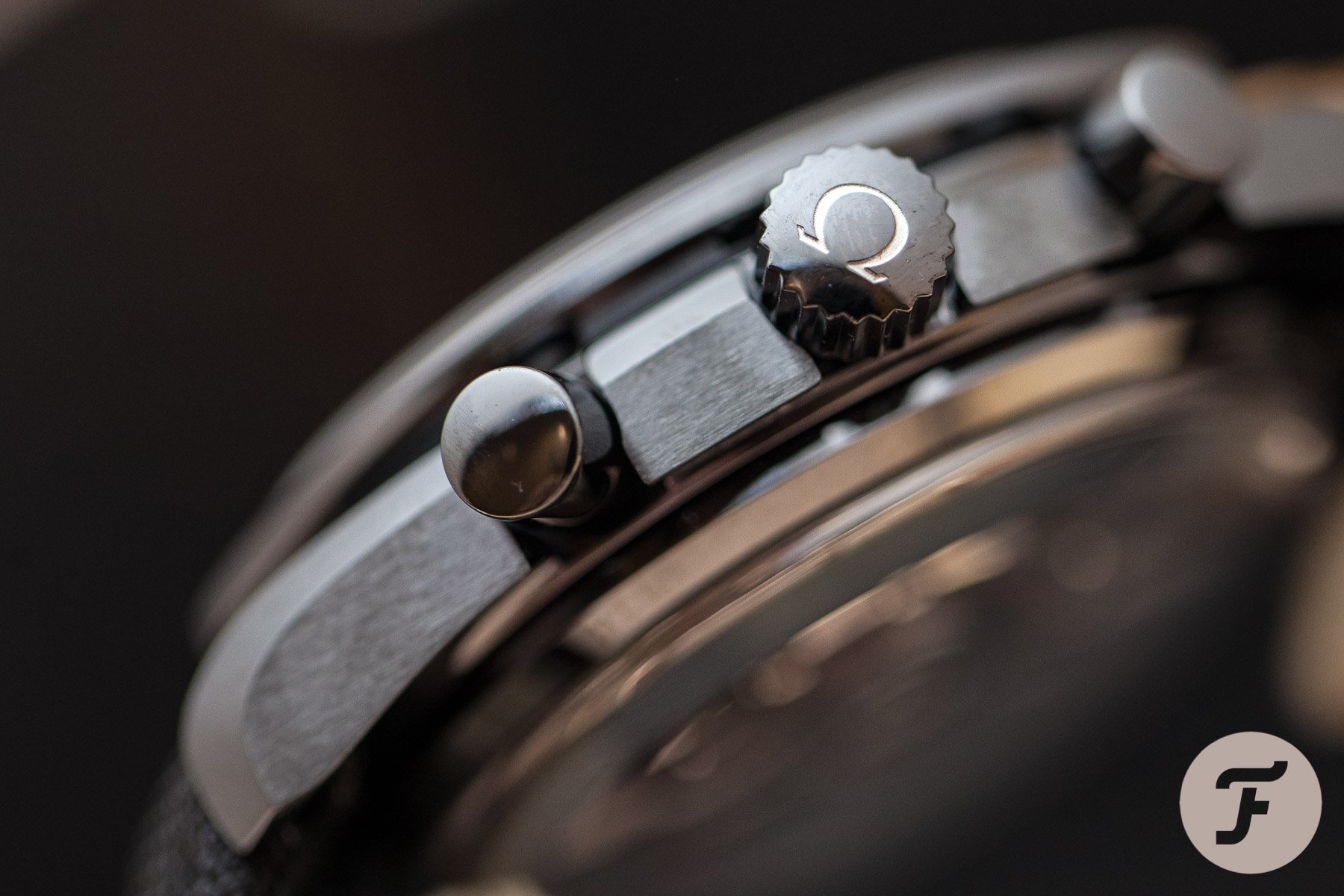 In the past, I wondered (and also asked Omega during an event in 2011) about a black DLC Moonwatch, and if it would work or not. With the introduction of the Speedmaster Dark Side of the Moon, some of my questions were answered. I like how it looks! And having tried it a few times, it is also one of the few black watches I would wear.

In the past, Omega did some variations on the Speedmaster using the “Mark” identifier, and in my opinion, the brand could have made this Dark Side of the Moon the Mark VI. It brought a few new things to the table for the Speedmaster, such as the ceramic case and dial, of course, but also the in-house developed self-winding chronograph movement. 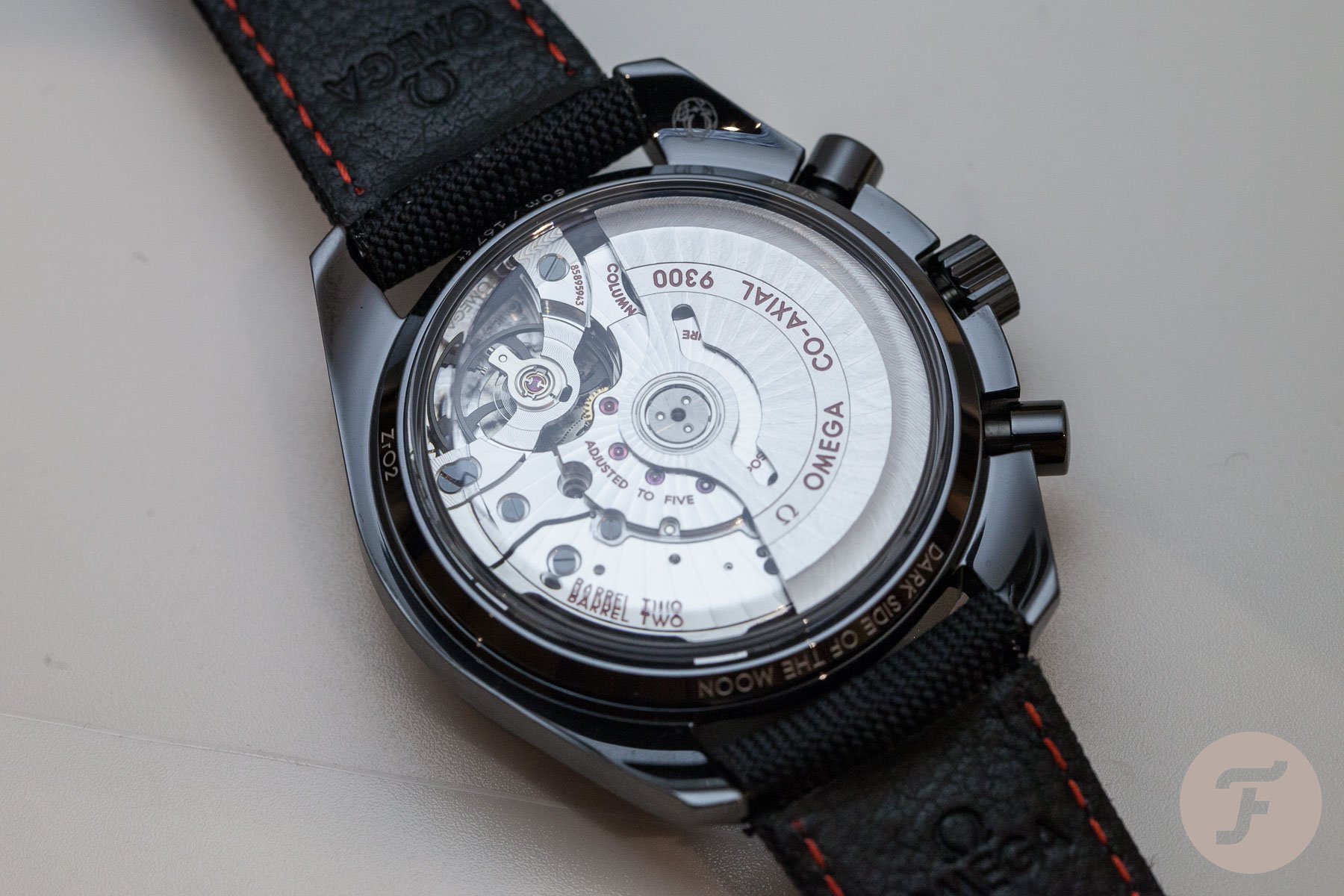 This movement ticks a lot of boxes for me. Not only does it have a column-wheel mechanism, but it also has the Co-Axial escapement, silicon hairspring, and a proper power reserve of 60 hours. Last but not least, it is a beautiful movement to admire through its boxy sapphire case back. 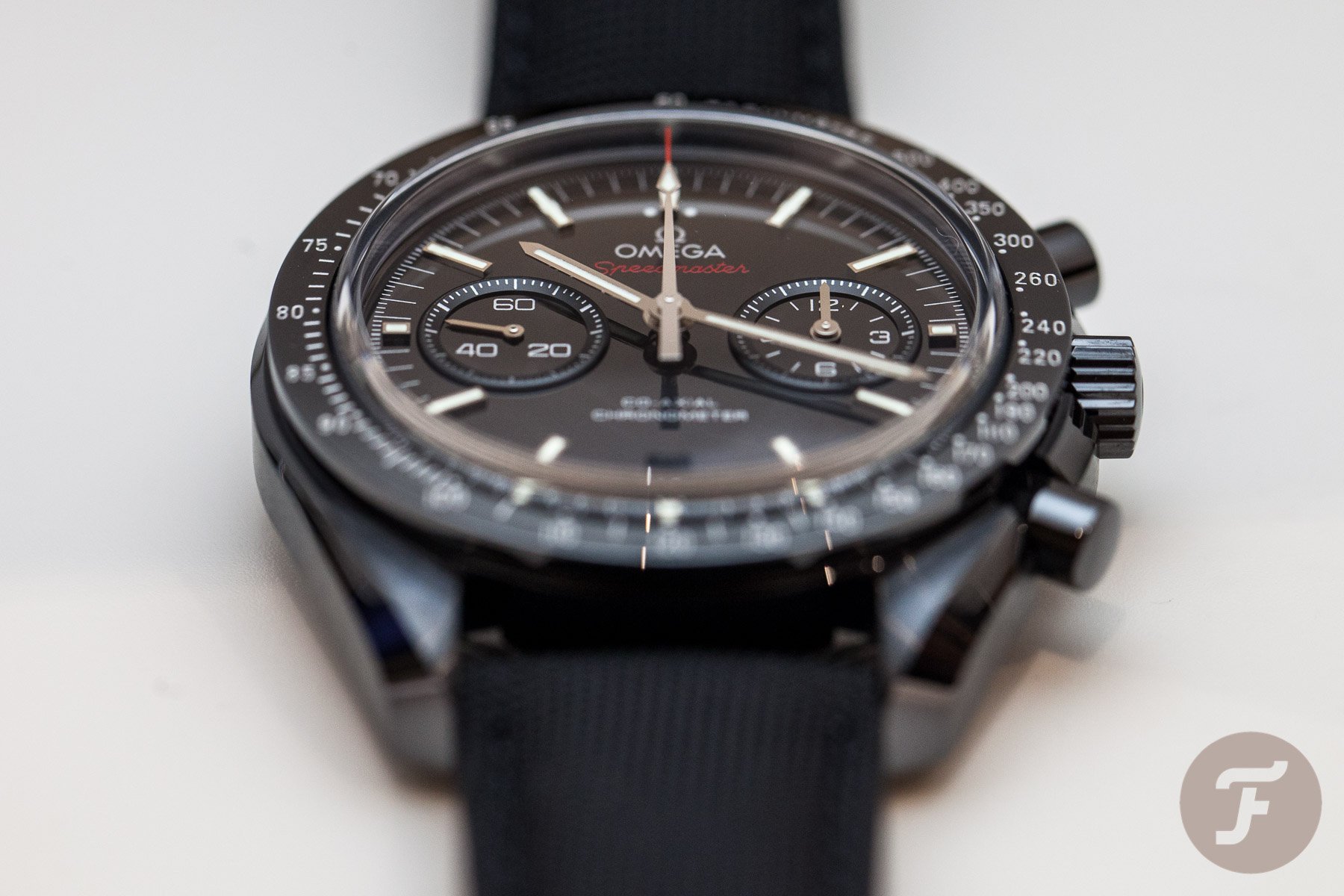 But here’s where it might have stumbled: I think that Omega made a mistake by releasing so many variations of this watch, so soon after this first OG model. Although those are not bad looking pieces individually, it has diluted the concept of the Dark Side of the Moon. The Grey Side of the Moon was kind of a cool edition. It seemed natural to offer your clientele the option of a black or white dial (as Rolex does with the Daytona). But beyond that, the concept perhaps wore a bit thin and eroded the impact of the original model I genuinely like and respect. 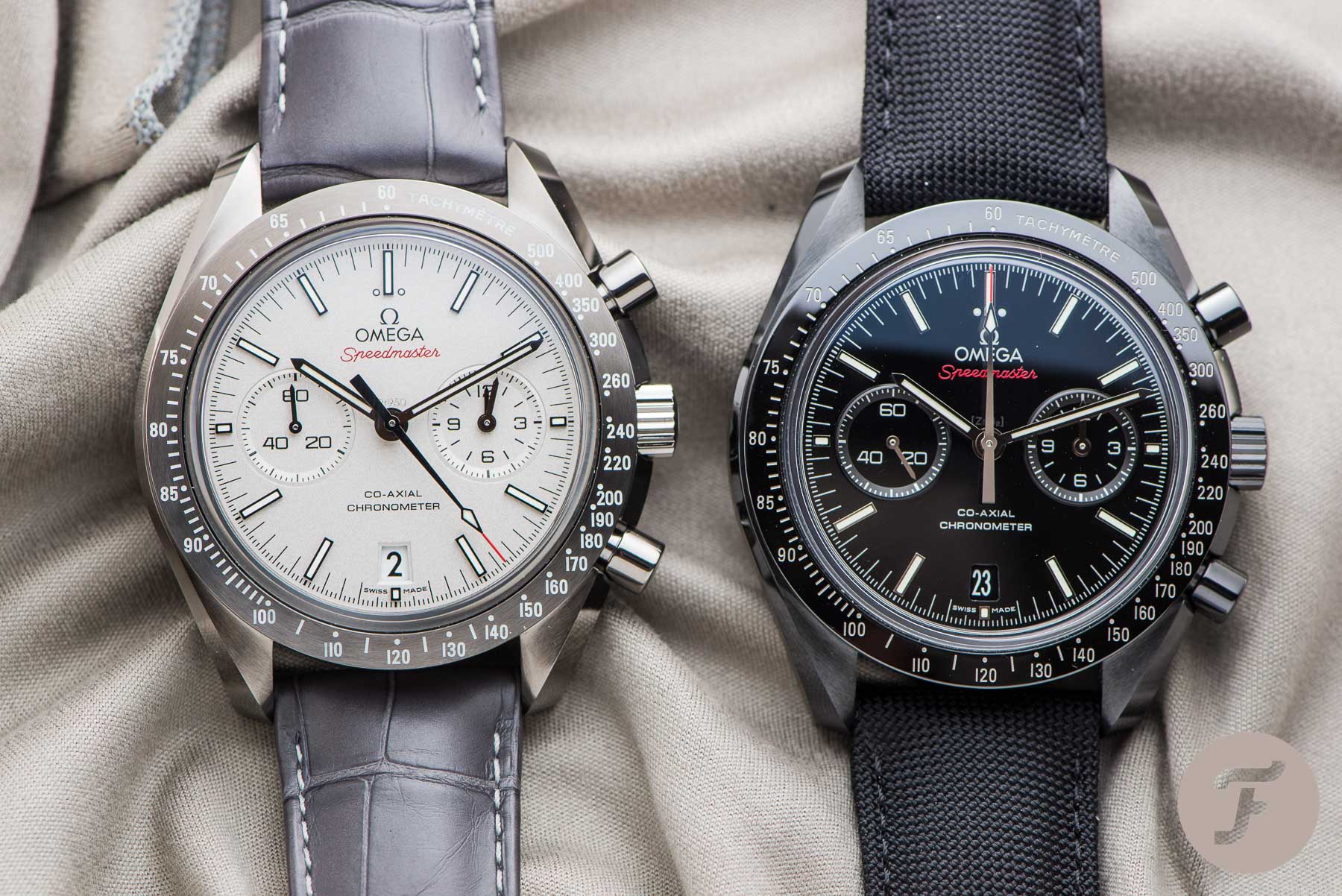 The dial of the Grey Side is made of platinum, so that brought something extra to the table. But Omega should have stopped there. At least for a little while. It would have been nice to give the Speedmaster Dark Side of the Moon some time to receive the appreciation it deserved. This problem is far from exclusive to Omega, however. I also see the same happening to the Octo Finissimo at Bvlgari, for example. That is one of our favorite models as individuals and as a team here at Fratello, but the question of whether a slew of options improves or impedes the original concept is valid. 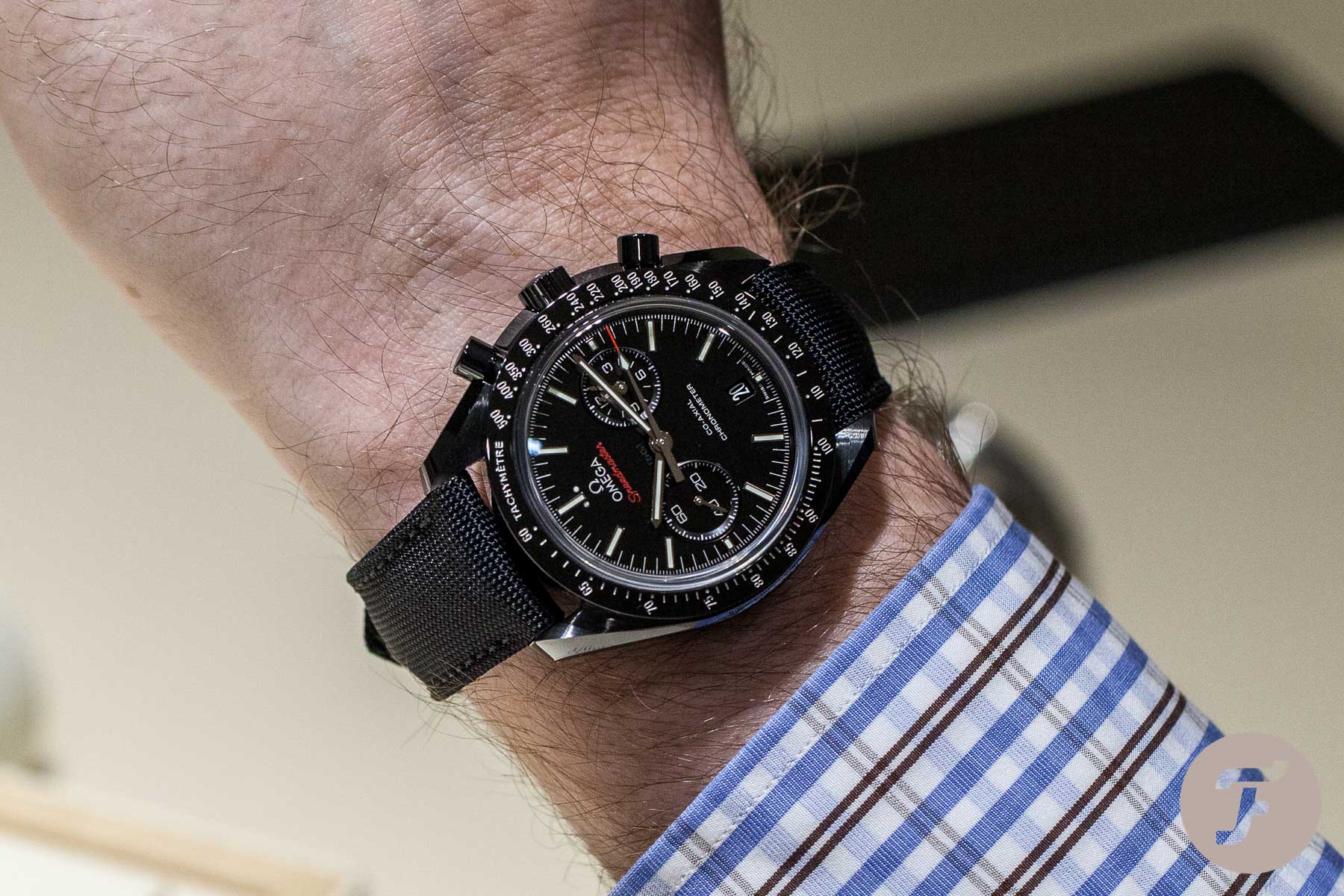 The Omega Speedmaster Dark Side of the Moon 311.92.44.51.01.003 was never cheap to start with, and at first, there was even a shortage in the boutiques. That changed when the additional models were introduced. This also led to prices on the pre-owned market dropping quite a bit below the official retail price. A pre-owned Dark Side of the Moon is less than €7,000 on average, which makes it a very interesting proposition for a watch considering its high-spec features.

I’ve been very close to buying one in the past, but every time I was ready for that Dark Side of the Moon purchase, Omega came with a new Moonwatch release that I needed to have. If maintaining value is of your concern, buying it pre-owned might be a decent solution. As you can see in the chart above, the volatility only took place over a very short period of time, and the prices have been on the up (mostly) ever since. In the end, though, it is about having a great watch on your wrist, and the Dark Side of the Moon is definitely that. 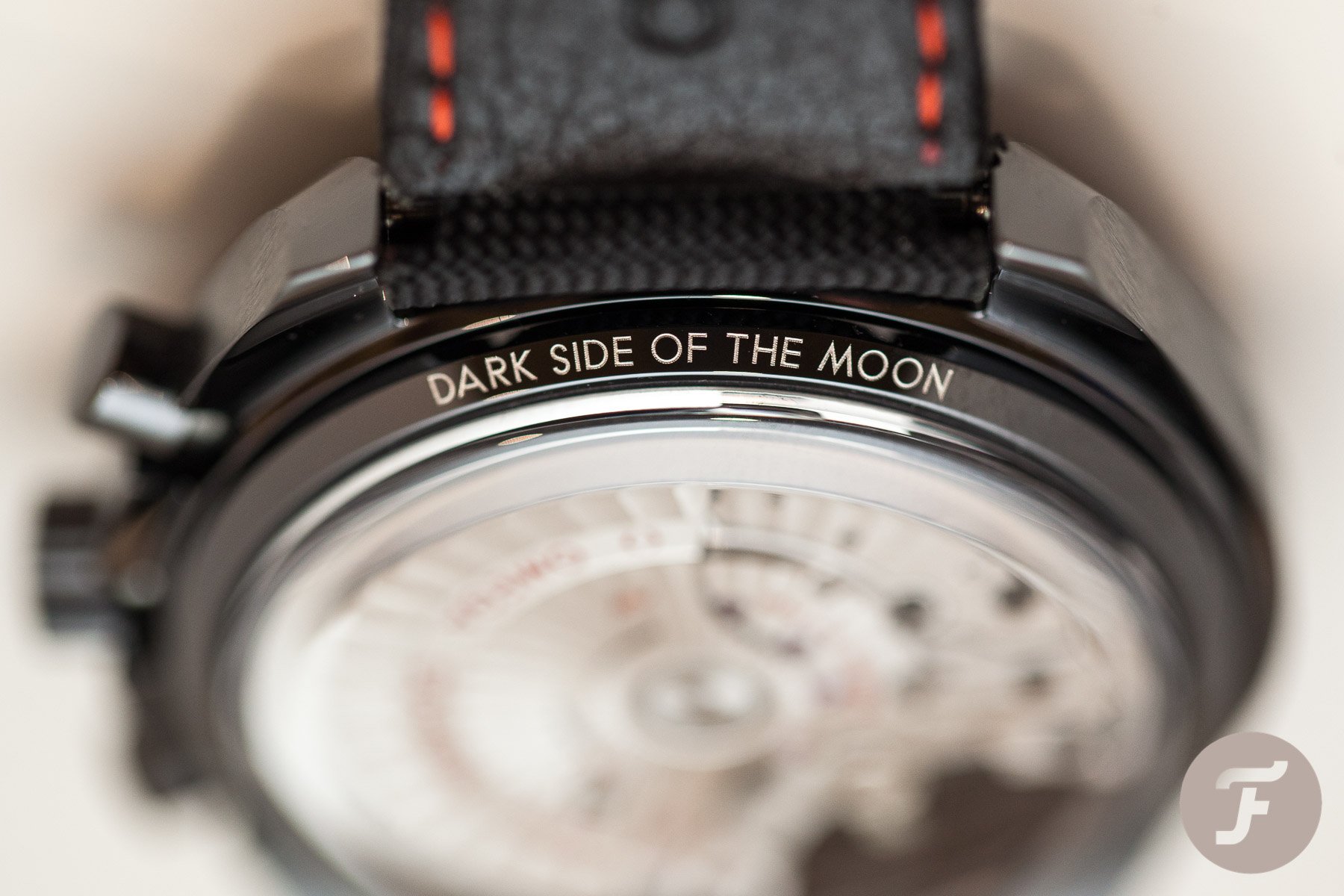 I can’t believe that the Omega Speedmaster Dark Side of the Moon is already eight years old. It still feels like a very modern watch to me. Is it perfect? No, it isn’t. It could have been a bit slimmer (like the caliber 9900 Racing models and the more recent Apollo 8), for example. But it still impresses me with its looks, and it wouldn’t be bad to have something modern in my Speedmaster box.

My heart is with the Moonwatch. That’s what I love and love to collect. But I also think that every collector needs his or her go-to watch. For now, my Seamaster 1200M PloProf has become a watch that I wear almost daily when not wearing a Moonwatch. But I also “need” a modern Speedmaster that I can wear under any circumstances.

The original Speedmaster Dark Side of the Moon ticks a lot of boxes! The case diameter of 44.25mm might be an issue for some. However, it suits me well and I’ve learned you really need to try it first before you ignore a watch based on its dimensions. The Ploprof is another excellent example of that.