Just months before the new James Bond movie’s premier (Spectre will be shown for the first time in London on 5th November) Omega – and action movie – fans are not left without some cool watch sighting of their favorite brand on the silver screen. In the newest addition to the Transporter saga, The Transporter Refueled, Frank Martin (Ed Skrein) can be seen running around in the usual slim fit black suit and big black Audi wearing an Omega Speedmaster Professional on the wrist. During the first scene we come across Frank Martin a bunch of thugs get into a fight with him in a hall garage, where else. Right before he knocks out the last thug le looks at his watch and makes a remark that he does not want to get delayed.

As movie buffs might remember in the very first film, The Transporter that came out in 2002, Martin (played by Jason Statham) was wearing a Panerai PAM074. The producers made sure to have a good few close ups of the watch during the movie and it no doubt helped the brand to establish their reputation as sturdy, cool, action hero watches. Statham could be seen numerous times wearing a model of the Florentine brand in the 2nd and 3rd installments of the Transporter movies as well as in all Expendables flicks. 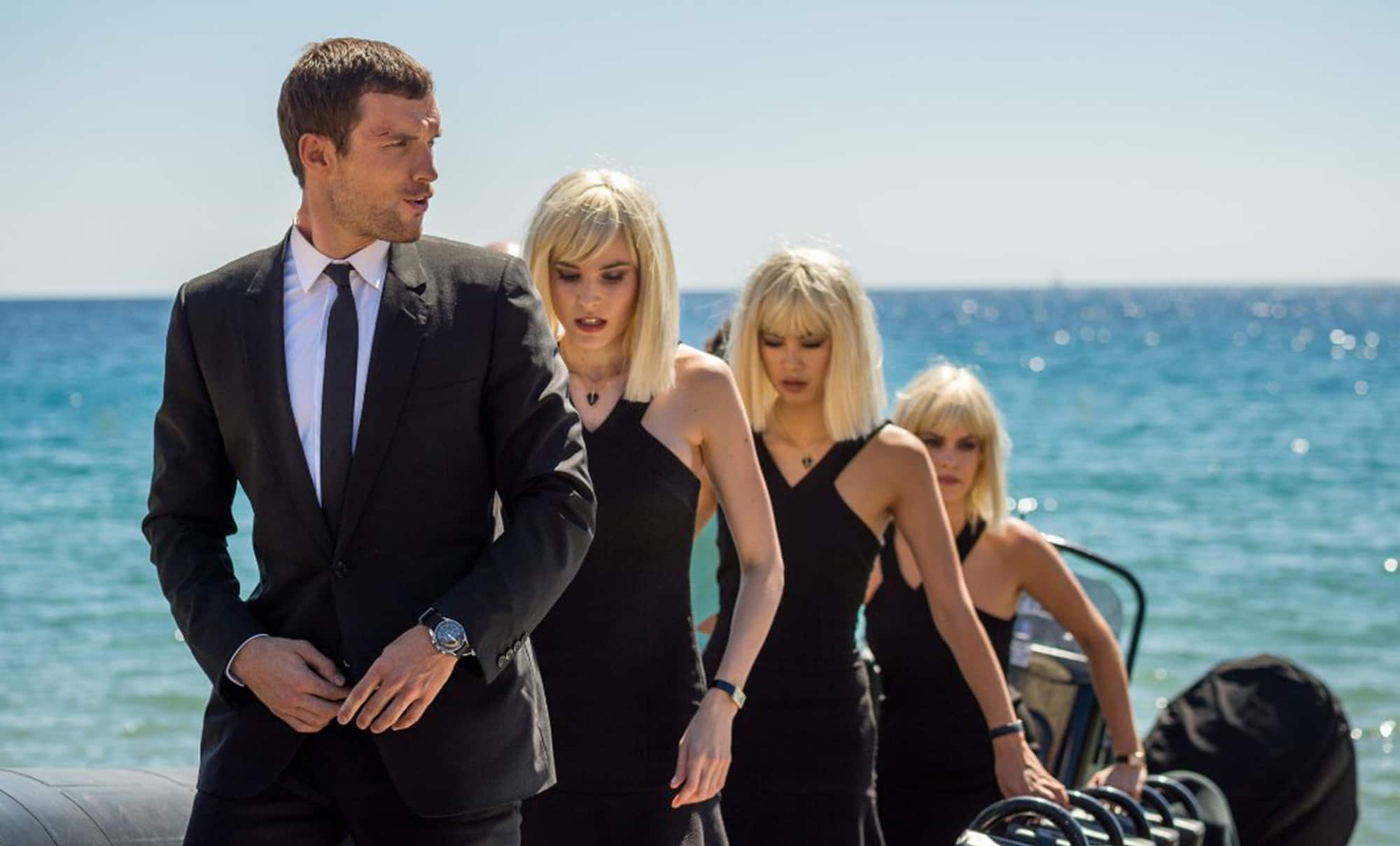 Speedy Pro on a Nato

For the new “refueled” movie however they stopped using Panerai watches and strapped the classic Moonwatch onto the wrist of Mr Skrein. The Speedmaster Pro is a very sleek watch especially compared to the bulky Panerai models so – in my opinion – it’s a better fit with the suit and tie. Especially when worn by a tall, skinny fellow. Unfortunately it’s very rare that a sequel is as good as the original version and this is exactly the case with the Transporter movies. However if you are in it for the cool watches and cars, amazing scenery and the chicks you’re in the right place. Don’t forget to wear your Speedy to the movies…and drive safe.