This is a story by one of our readers, Vincent. As a kid he watched the launch of Apollo 17 live, sitting on the hood of his dad’s car parked near the Kennedy Space Center. Now, more than 45 years later, he decided to buy a Speedmaster to honor those astronauts and remember that magical night in December 1972.

He wrote us an email with a great story that we would like to share with our readers. Vincent added:”Thank you for the website you created. It would be an honor if you shared my story with your readers. Your work opens up the daunting world of watches to newbies like me. I would have never found my watch and new joy without Speedy Tuesday.“

Apollo 17 Launch And The Speedmaster

“A view from the cheap seats led me to my Speedmaster. While watches worn by the legendary astronauts and anyone else at NASA carry more significance, I’m the rest of us, the ones in the audience that dream of space. On December 7, 1972, I was ten years old, sitting on the hood of my family’s Buick Sports Wagon. The wood-sided car came with a skylight over the second row of seats, but on this night, we needed a full view of the sky.

The only Apollo mission to launch at night had me leaning back against a cold windshield, way past my bedtime. Not VIP’s sitting in a grandstand, my dad parked us on the side of a causeway across from what was then known as Cape Kennedy. In the darkness and far in the distance, I could see a spot of lights and what looked like an inch-tall Saturn V rocket on the launchpad. Since this magnificent vehicle weighed more than 3,000 tons and stood over 360 feet tall, yeah, we were in the nosebleed section. 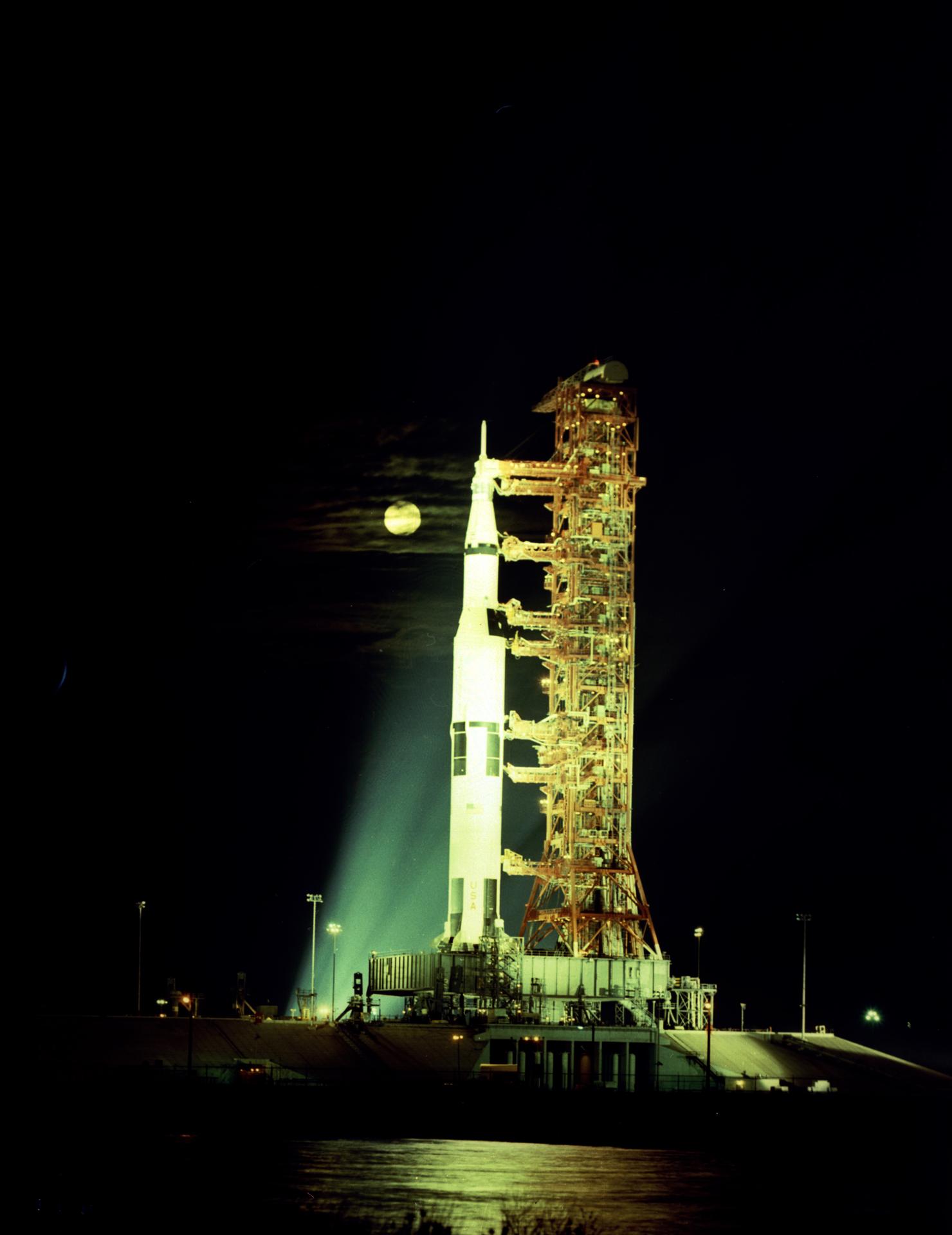 In a time without smartphones or mobile video games, a transistor radio tuned to Mission Control for updates served as my only source of entertainment. Excitement built as the countdown ticked along. But a technical malfunction required a launch clock reset to the T minus 22-minute mark and it remained stuck there for more than two hours. Not until after midnight did the countdown start again and the radio announcer finally reached the magical cadence of “Ten, nine, eight, seven… ignition….”

Flame glimmered at the base of the rocket. It exploded into a fireball that lit the sky with the orange glow of a sudden dawn. The sound of the engines hit me next. A deafening roar made me clap my hands over my ears. Our car hood rattled with the fury of the launch. The Saturn V rose in the air. Fiery brilliance from its engines turned the night into day. A man-made dragon defied Earth’s pull and drove the darkness from the heavens. Dwarfed by the noise, I shouted with joy and wonder at the bright trail that streaked ever upwards.

Getting a Speedy might seem obvious, but for decades I had no interest in watches until everyone began wearing smartwatches. The rebel in me wanted to wear something that just told time and not the weather, number of steps I took, or how many thumbs up for a movie. The siren call of a Daytona and its Newman mystique first drew me. However, when Commander Gene Cernan died and Omega honored him with the Speedmaster Apollo 17 45th Anniversary, the Saturn V rumbled again in my bones. 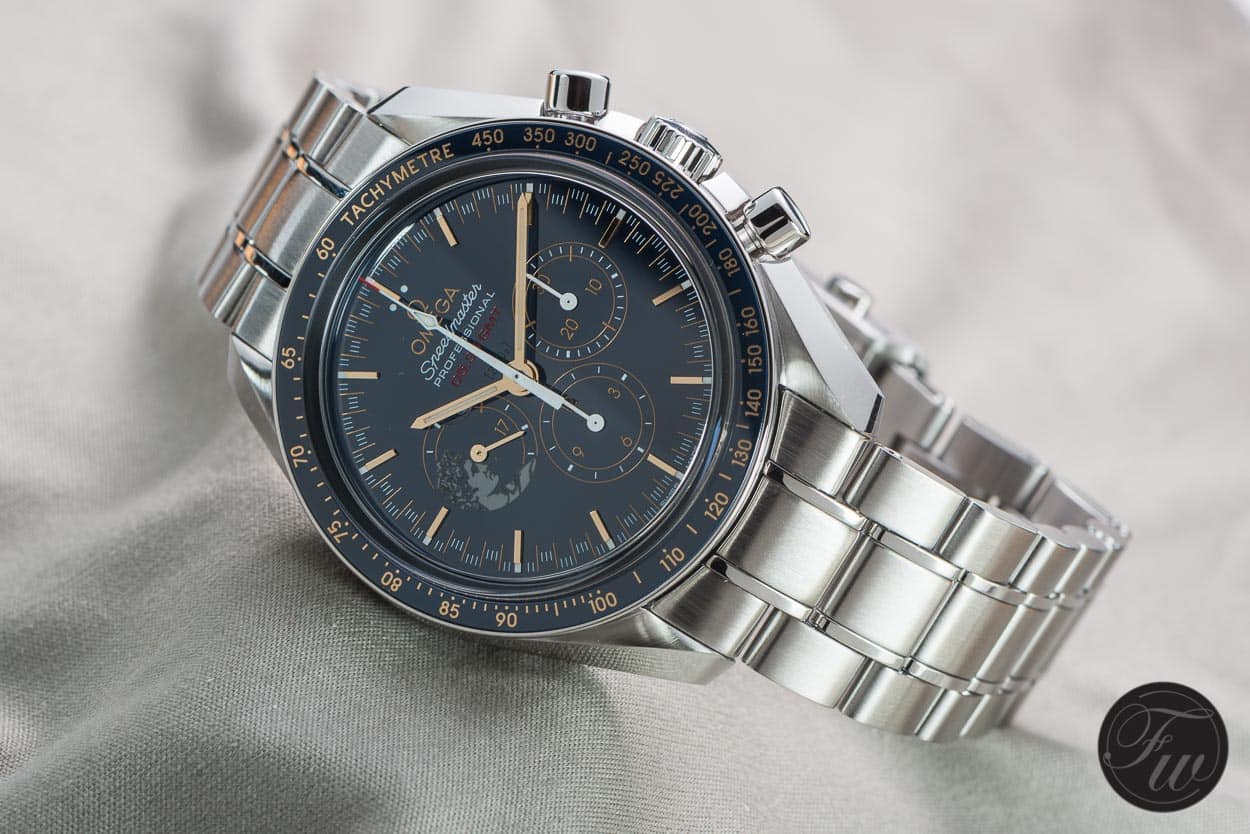 Yet the special edition blue dial watch existed in an orbit beyond my budget. The Apollo 17 40th Anniversary with mission patch dial also remained out of reach. That left the Apollo 17 35th Anniversary “Last Man on the Moon”  (reference 3574.51, 3000 pieces) edition as my choice. Finding one pre-owned made it more affordable and its classic Speedmaster appearance appealed to my appreciation for moon watch lore. After all these years, the case back with engraved Apollo 17 mission patch and inscription dedicated to “E. A. Cernan – Last Man on the Moon” connected my treasured memories to the man riding that glorious night launch. 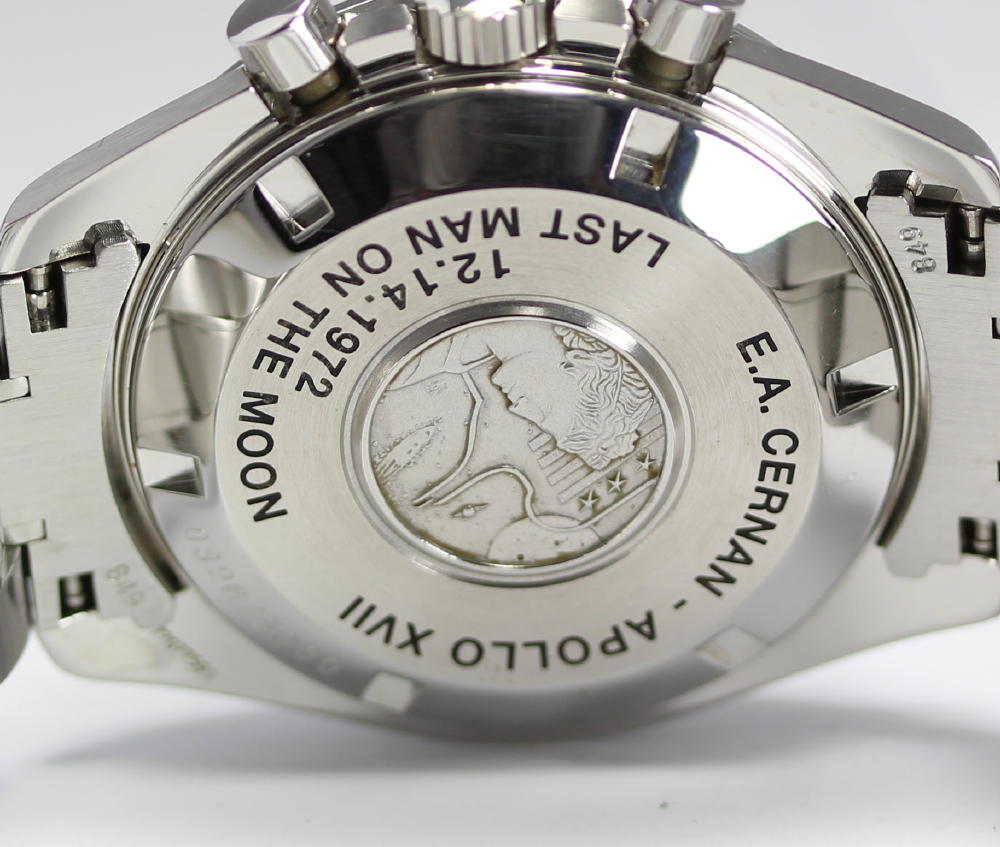 Like so many owners, my Speedmaster means more than “just a watch.” My hope is that mankind finally reaches Mars one day and that special edition Mars Mission Speedmasters will become someone else’s grail watch.”

A big thank you to Vincent for sharing this story with us, much appreciated. If you want to share your Speedmaster story, use this form to get in touch with us.