Last week I joined the #SpeedyTuesday Live session on the official Omega Instagram account and talked about my precious Speedmaster Professional from my year of birth. It resulted in a lot of messages from viewers that are also searching for their perfect Speedmaster. But that means something different for everyone. For some, the perfect Speedmaster is an honest Speedmaster.

A pre-owned watch that has been worn, so it was loved by its previous owner. An honest watch would be a watch that has signs of wear, ranging from minor signs like hairlines and a little dent in the lugs to one that has seen bars, banks, and perhaps the occasional gutter. As long as there’s a good story to it, I am not so worried when a watch really shows it has been properly banged around by its previous owner.

One example I want to highlight is this Speedmaster Professional 145.022-76 from 1978. That date means it is basically from the same era as my own 145.022-76, but with quite a different appearance. It was pointed out to me by a watch guy, who found it on offer on eBay by Time Titans from Portland, USA. 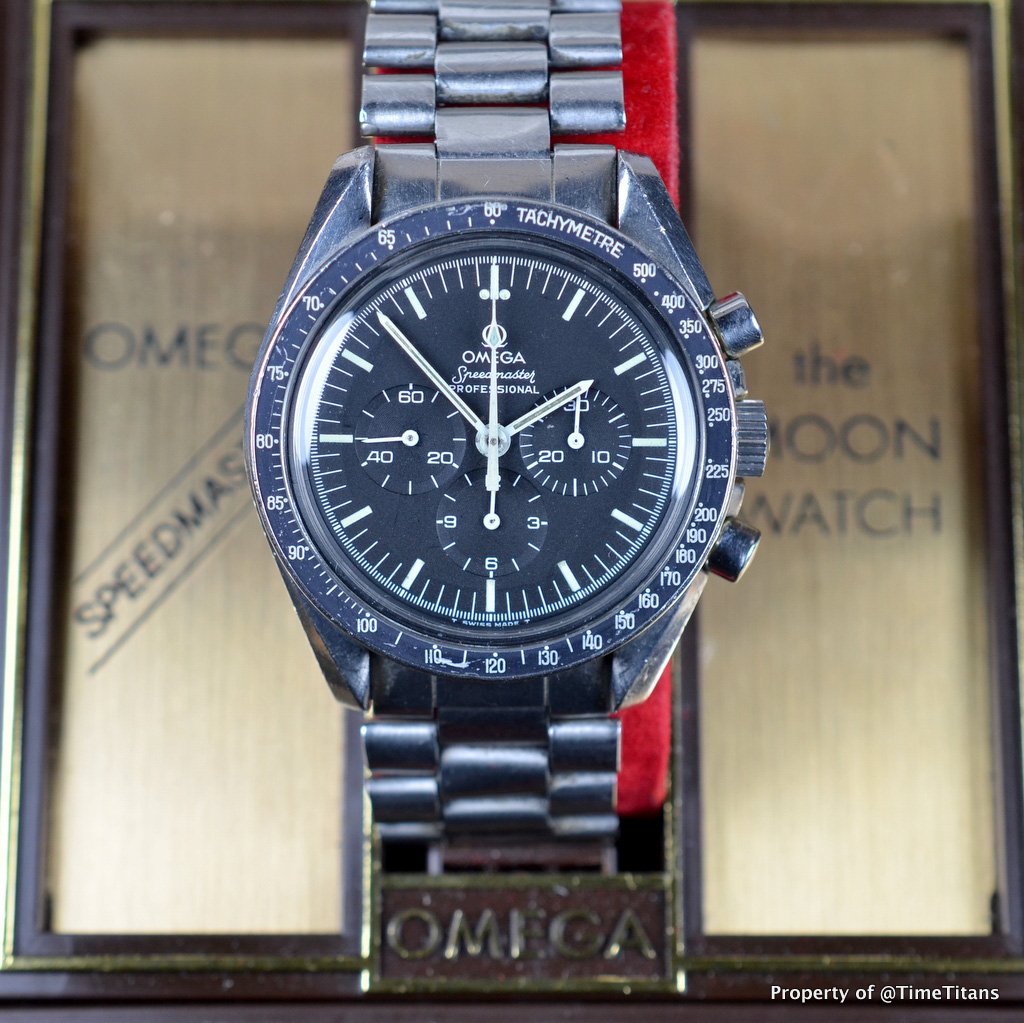 Here’s a watch that shows some marks and bruises. It is a Speedmaster Professional 145.022-76 that has a 1978 January production date but wasn’t sold until August 1979. At the time, this watch had a $375USD price tag. It was sold to a guy who was working in the USAF. The date of purchase, the initials of the owner, and “USAF” are engraved in the clasp. I guess the purchase date had special meaning too. Not only that, but the watch also comes with the original box and papers.

The papers are also stamped and the name of the purchase has been filled in as well. It was quite a common thing to do back then. I have some family pieces that show the exact same thing. Imagine getting your warranty card today, with your name on it! Most people wouldn’t accept it. Although I still think I would like it myself for watches I am sure I want to keep forever. 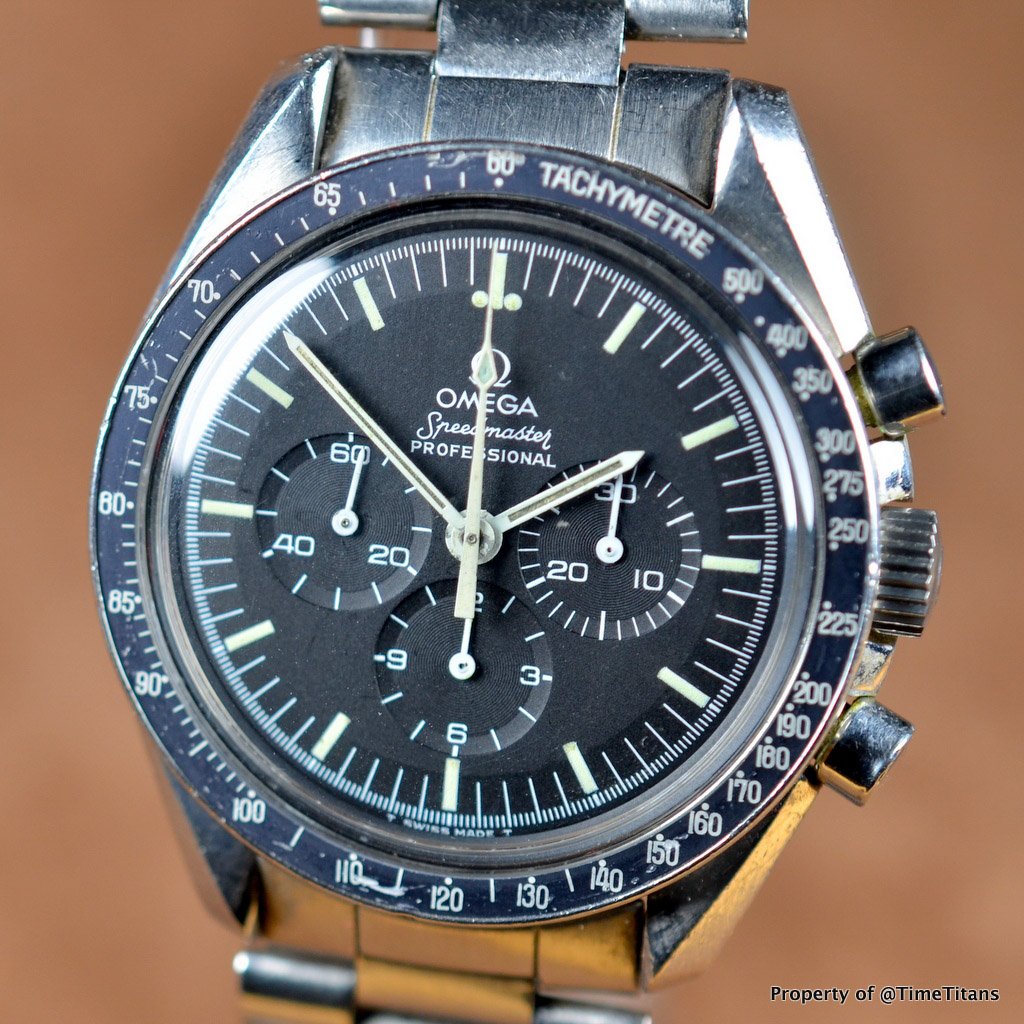 Honest Speedmaster or a damaged one?

As you can see, the watch has been used quite a bit. The bracelet is stretched and worn out to such an extent, that I wouldn’t feel comfortable wearing it. I would be too afraid to lose the watch. The watch itself looks pretty decent and an “honest Speedmaster” for sure. Scratches on the aluminum bezel, marks and dents on the case, all due to (probably) daily wear for many decades.

Given the fact that this watch belonged to someone who worked for the US Air Force, it speaks to one’s imagination of what this watch might have seen. What’s most important to me, that everything is original and authentic. The hands, dial, bezel, etc all look perfectly original. But to be honest, I also wouldn’t have minded if the bezel got replaced at some point. It wouldn’t have bothered me either if the bracelet had been updated. I’m quite fond of the later type. However, it’s very cool that the clasp engraving survived. That’s a really cool touch that I dig. Given the choice, I prefer everything to be original and time correct. If that is, the watch is still in a decent or honest condition.

One of the best tips I ever received from a watchmaker, is to go for watches that are still packed with wrist cheese and gunk. Yum. It probably means the watch has not been tampered with, but just used as a daily wearer for a long, long time. The seller of this watch probably understands this as well, as they didn’t really make the effort to clean the watch up. That would have made a difference for the pictures, but not for the story. 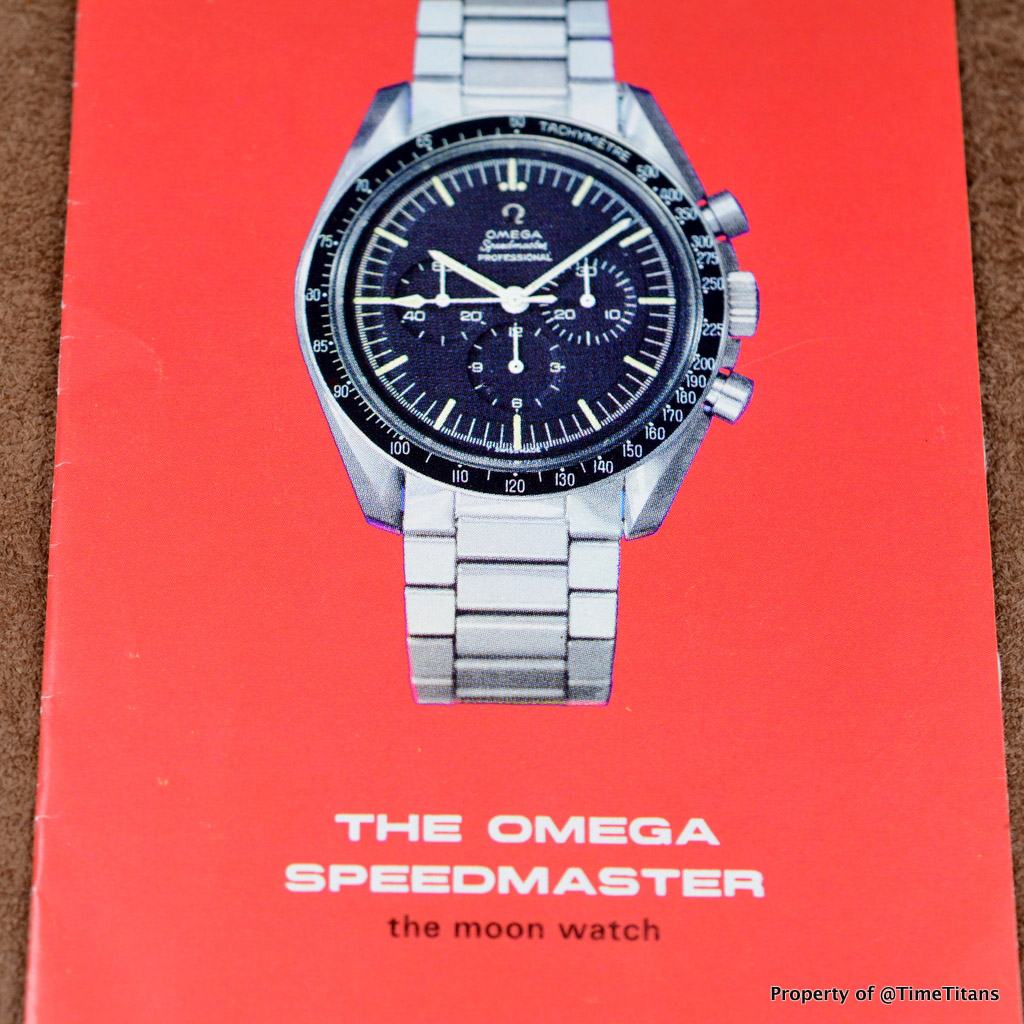 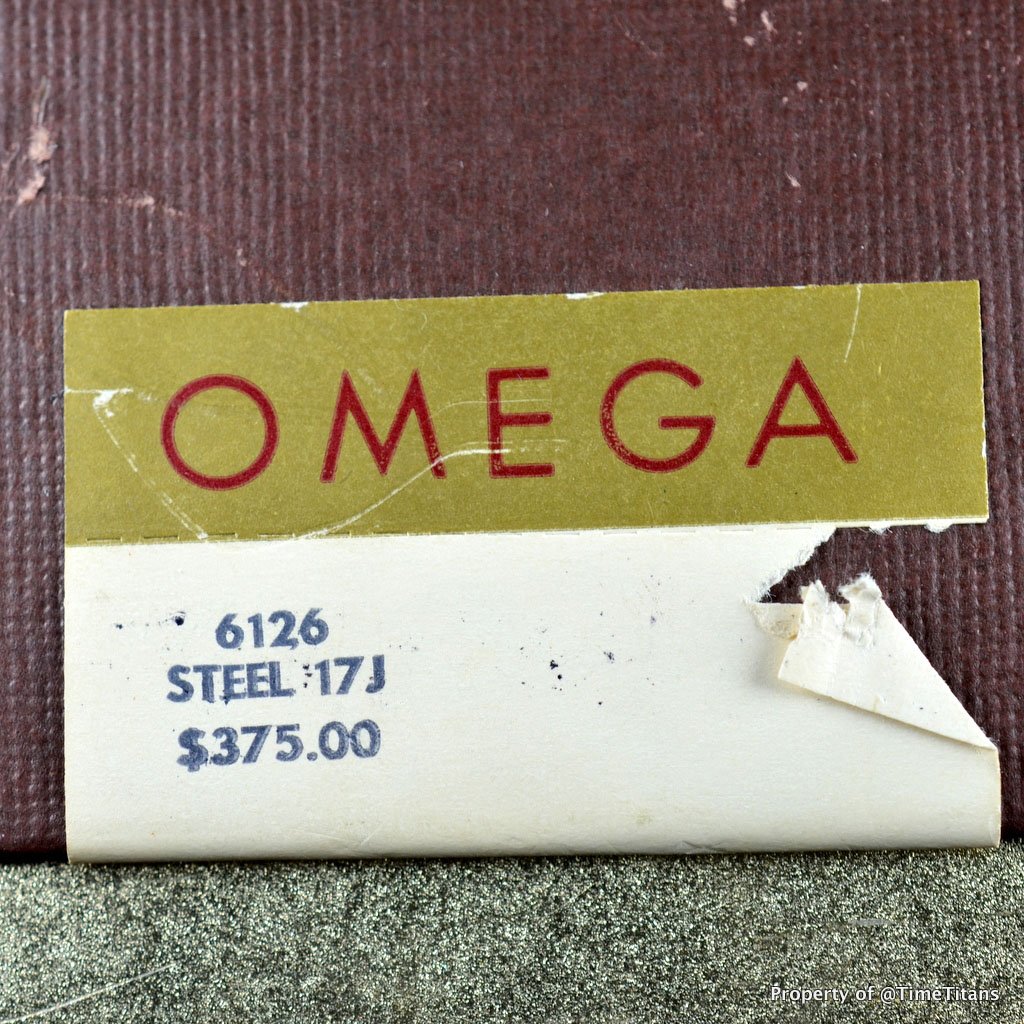 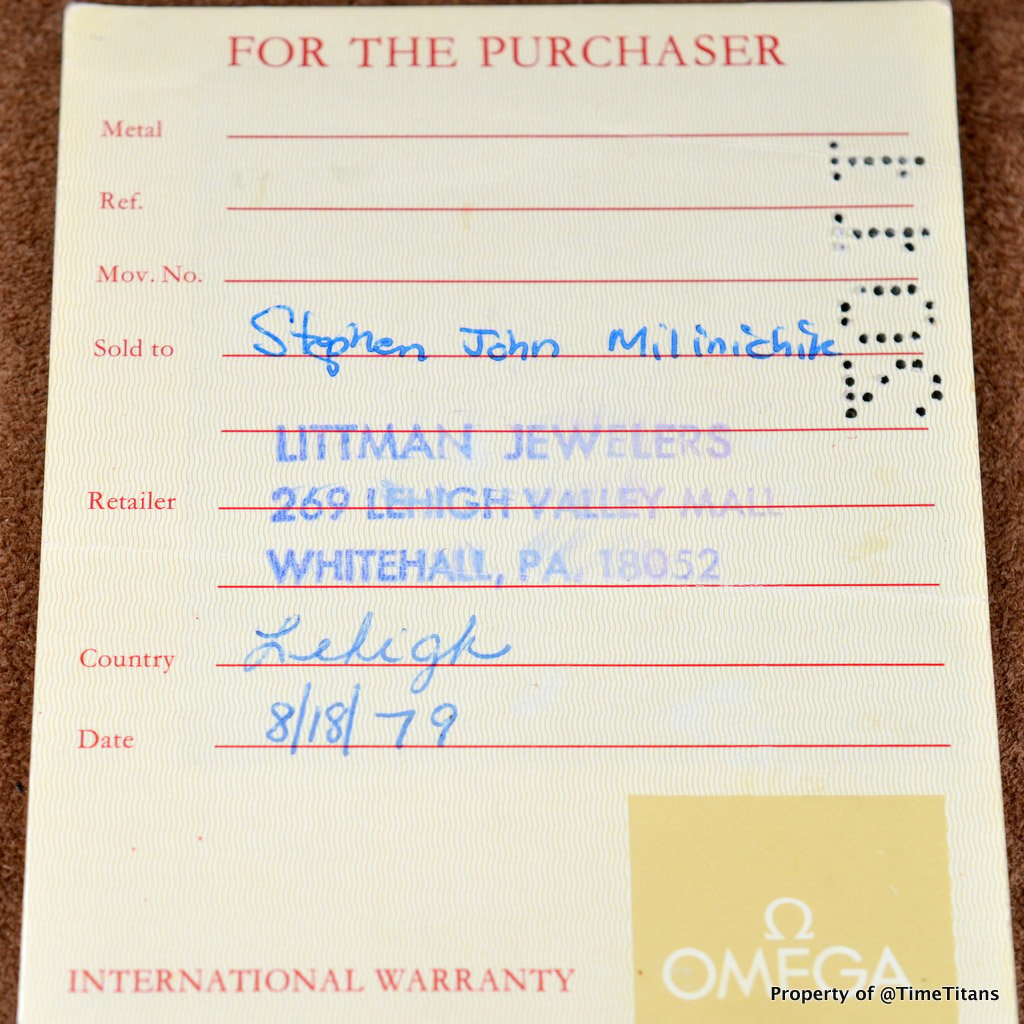 The box is an interesting one, showing “Speedmaster” on it. Omega used different boxes in the 1970s, some were “generic” and some were specific for a certain watch or model. Like this one. Then, there is the invoice(s), instruction book, warranty book, and a generic Omega booklet (“You and your Omega”). The warranty booklet has been filled by the dealer in 1979, showing the date of purchase and the buyer’s name, which corresponds to the initials on the clasp.

A very complete package. It definitely adds value to this particularly honest Speedmaster. These extras are perhaps more important than the condition of this particular piece. Based on the movement number (or serial number), I could determine that this watch is produced in or around January 1978. That’s a year and a half before it actually got sold by Littman Jewelers in Whitehall, USA.

Although there can be months between production date (when the watch is finished in total) till the day it arrives at a retailer, 17-18 months is quite long. I would be surprised if a standard Omega Speedmaster Professional “Moonwatch” would be on the shelf for that long at any Omega dealer today. 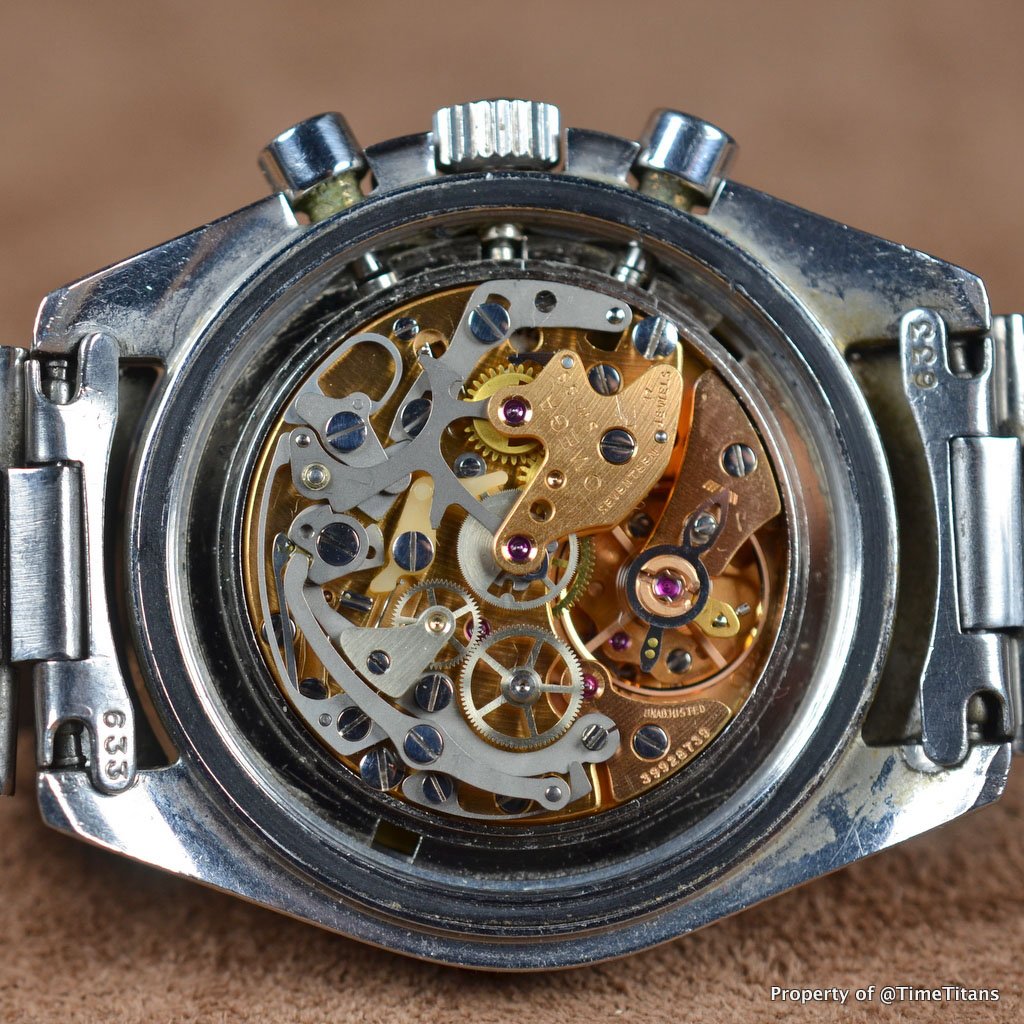 Time Titans (I love that name) offer this watch for a buy now price of US $8,950.00 and although that is quite a bit more than most other 145.022-76 references offered on Chrono24, for example, the box and papers add something cool to the table. Oddly, this watch is offered on Chrono24 as well and according to the listing it comes without boxes and papers, but the pictures clearly indicate that it does.

I think it would help a lot of us collectors out there, when dealers and sellers list their stuff properly. In the end, it would help the sellers as well. But anyway, the watch is “over complete”. The condition is something you need to be able to live with. It is definitely a watch that lived a life before and could tell a story or two. 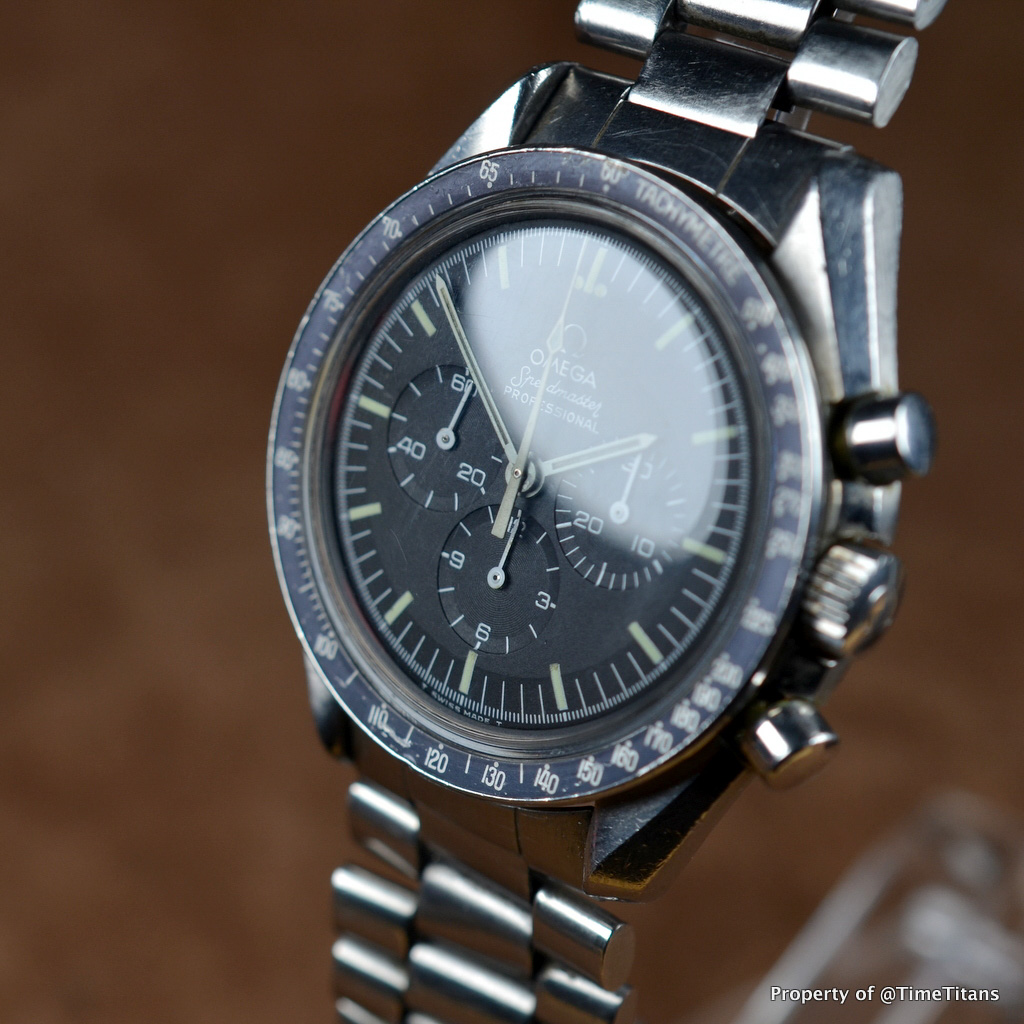 You can find the offer on this Speedmaster Professional 145.022-76 with box and papers here.

I would be interested to see if you prefer an honest watch like this, even if the watch definitely shows signs of wear, or that you are rather after something that is still in pristine condition. Let us know in the comments or share your own story with us, via [email protected].

*All images by Time Titans.