It’s Speedy Tuesday! An uncommon Speedy Tuesday, as we have a contribution from one of our readers about his unusual Omega Speedmaster Pro with reference number 145.0077 / 345.0077. Roman from Croatia writes us the following:

In 2005 I bought Omega Speedmaster with with a white dial, Ref.No: DD145.0022 with a OMEGA 861 movement, Year of manufacture 1984. I wrote to Omega Switzerland to request some additional information about this watch. 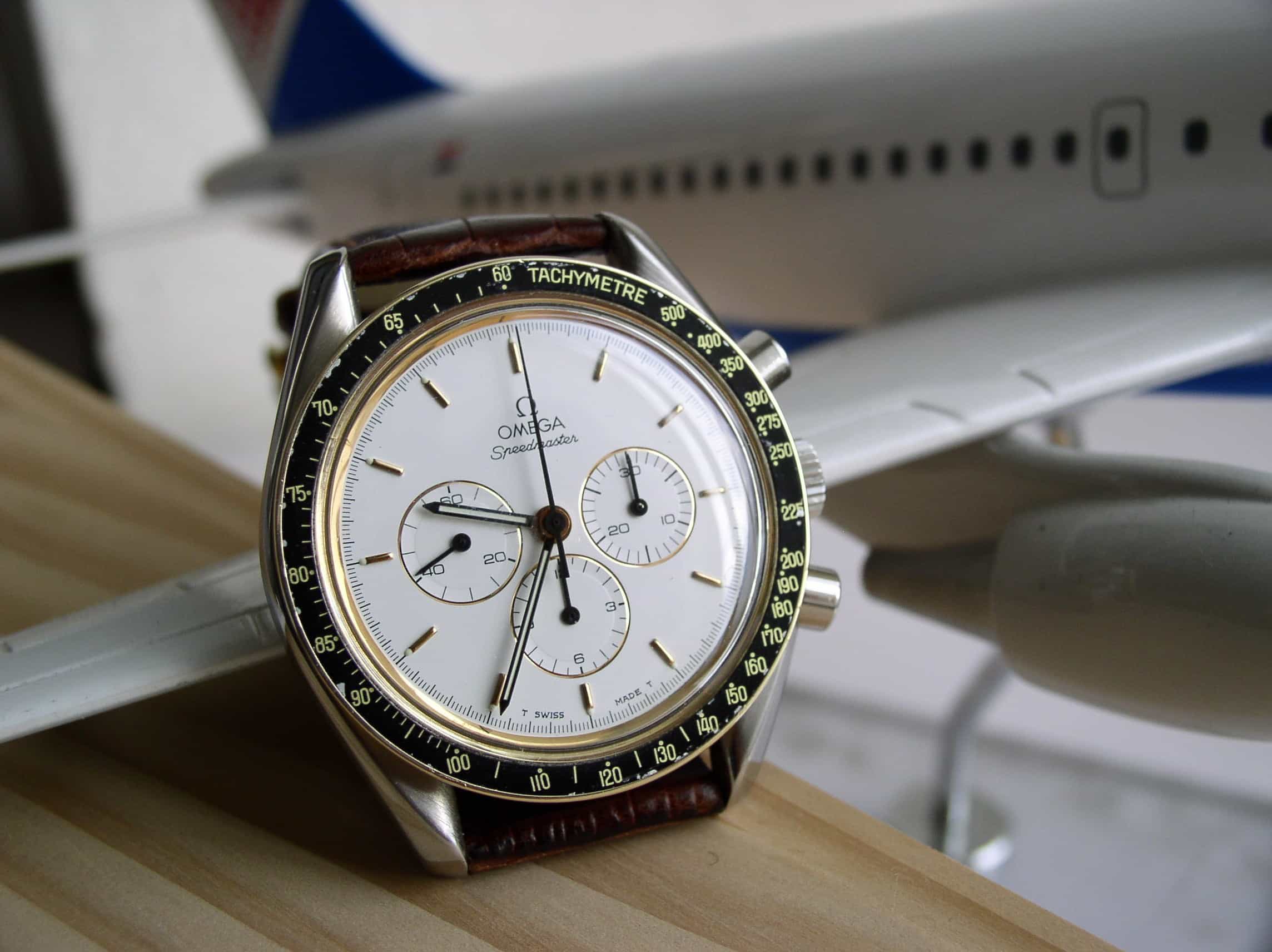 Below is the answer I have received from Mr.Jean-Luc Miranda, OMEGA Museum in February 2005.:

„Your movement number is well related to a DD 145.022 (145.0022 200 exactly) which was shipped to Germany on April 2nd, 1985(with steel/gold bracelet). The extension „200“ means gilt dial with rhodium-plated counters.Unfortunately you have a white dial and no „Professional“ marking on the dial. Furthermore the push-buttons and the crown should be gilt, not stainless steel. Consequently, you have probably a wrong dial and push-buttons and crown“

So I remained with the mystery why someone would replace original parts like a dial, pushers and crown on a watch that appeared in an otherwise perfect condition. There was little I could do so I stopped searching for answers and hoped that the future might bring something.

In February 2007, I was present at the OmegaMania auction to be held in Geneva from April 13 to April 15 in that same year. Some well-known specialists from Omega would be there as well so I decided to take my white dialed Speedmaster with me and ask for the expert’s opinion on my Speedmaster. I had the great privilege to meet with Mr. Marco Richon, one of the former directors of the Omega Museum in Biel, and author of the “A Journey through Time“ book, the bible for Omega collectors. I explained the unsolved mystery of my Speedmaster DD145.0022 200 and Mr Richon decided to invite me for a diner with some friends.

During this diner, 8 persons were there, 4 Omega Vice Presidents, two big collectors, Mr.Richon and myself. I gave my cherished Speedy to Mr.Richon and he was surprised to see it with this dial as well, so he passes it to the next expert at the table. While the watch was slowly circulating around the table, I noticed that Mr.Richon was wearing a strange watch himself. A Speedmaster Professional in all its glory but with a date. And it wasn’t the Holy Grail Speedmaster, but a normal looking Speedmaster Pro 3570.50 but with a date aperture at 4.30. 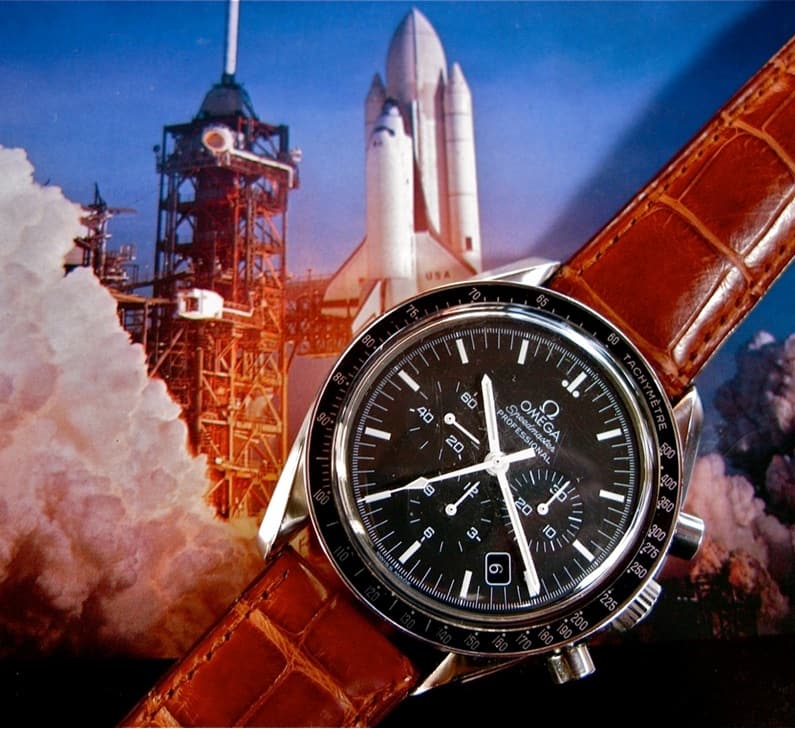 All I could say to Mr. Richon was that such a watch didn’t exist. Mr.Richon smiled and said “Of course, this is one of the prototypes for the 50th Anniversary Speedmaster.” and gave it to me for a closer inspection.

I also noticed that my own Speedmaster finished its trip around the table and ended up in the hands of Mr Richon again. After some discussion it was concluded that it was very likely that an authorized Omega dealer in Germany ordered this specific dial to satisfy the wish of an important customer through one of the dial manufacturers. This was later-on confirmed by Mr. Richon, some time after this meeting.

However, I could not let the prototype go out of my hands. It was stunning. Mr Richon noticed this and asked if I would like to trade this prototype watch for my white dial Speedmaster. Next morning I flew back to Croatia and the first thing I did when I arrived home was to take a look a closer look at the watch.

The case back of the watch says the usual “FLIGHT-QUALIFIED BY NASA FOR ALL MANNED SPACE MISSIONS” and “THE FIRST WATCH WORN ON THE MOON”. Besides that, it has a “NOT FOR SALES” engraving in the lugs. Unscrewing the case back showed that it actually had an unusual movement as well, the Omega caliber 3301 that was also used in the Michael Schumacher Legend Collection and which is based on the F. Piguet 1285 movement. The inside of the caseback had the numbers 145.0077 and 345.0077 engraved, which are the old-style reference numbers that Omega used. The movement number (or serial number) I found on the Caliber 3301 movement was 78 000 206. 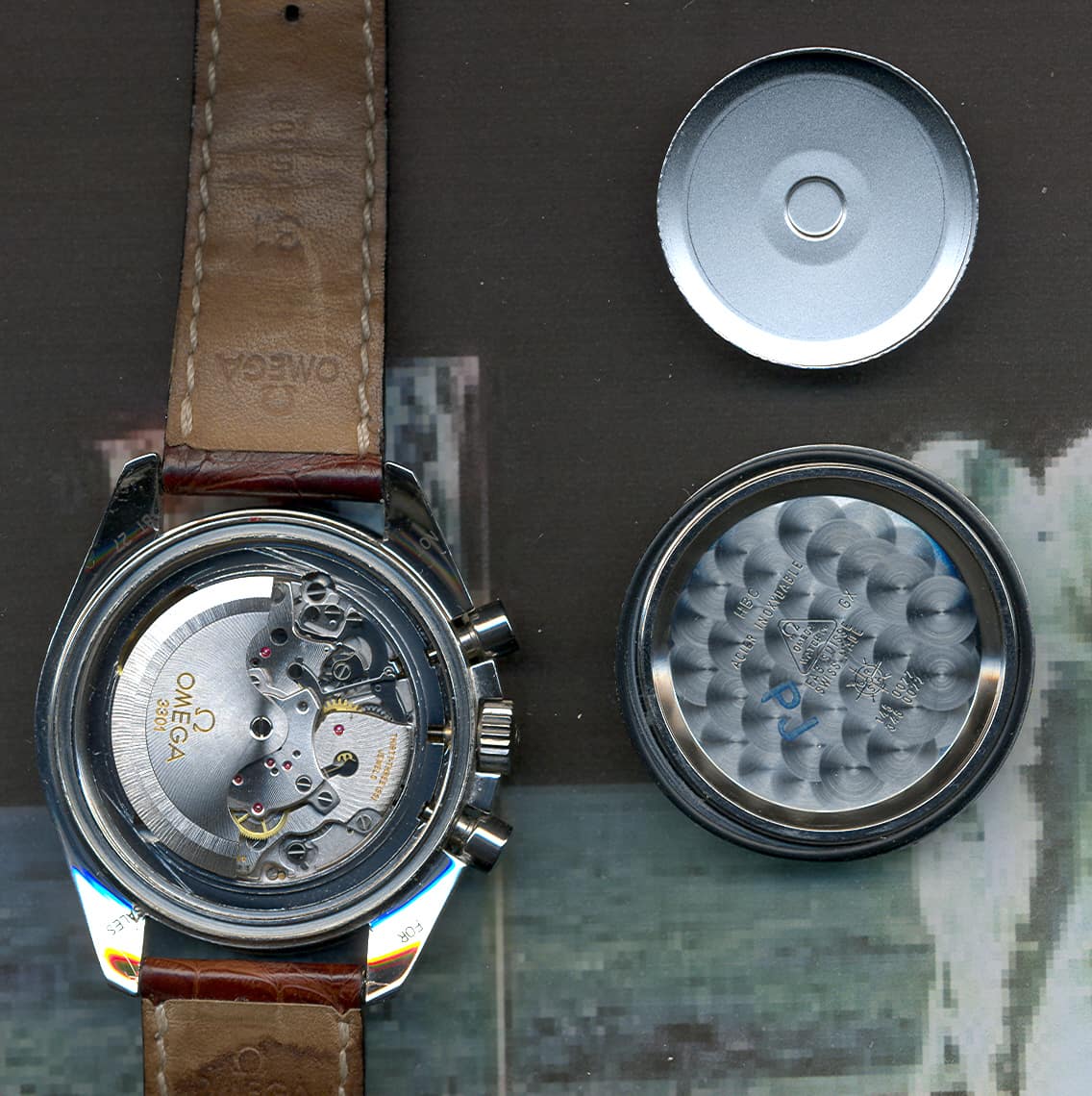 Thanks to Roman from Croatia for his contribution to Speedy Tuesday. Do you want your Omega Speedmaster to be featured here? Drop us a line.

Update, we received the following photo from Tom Koerts, watch enthusiast from The Netherlands who discovered a similar Omega Speedmaster Pro on the wrist of one of the watchmakers at Blancpain. This probably means that there are more prototypes of this model around. 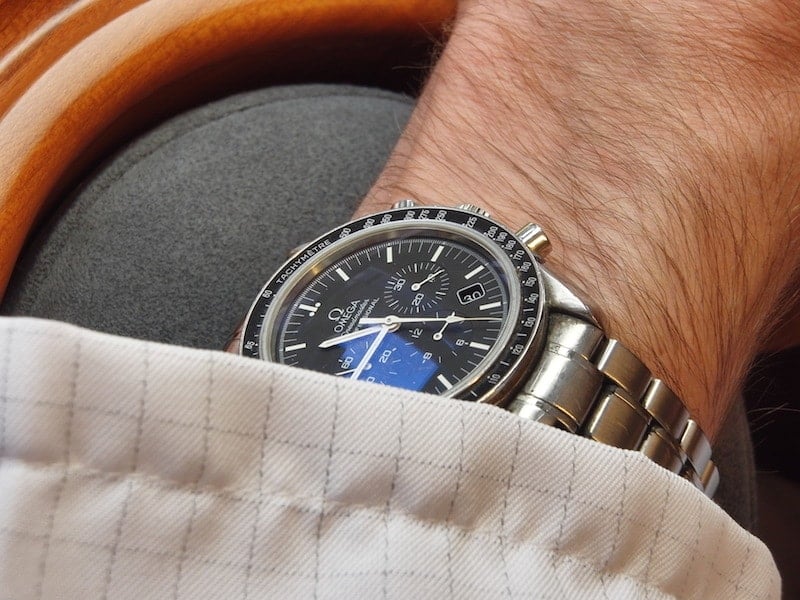 Hot Topics
Laventure Automobile Chronograph With A Proprietary Movement — Marking A Huge Leap Forward For One Of The Industry’s Most Promising Brands
155 comments
Fratello Exclusive: An Inside Look At The MoonSwatch Production Facilities
75 comments
Selling Your Watch To A Dealer Or Trading It In — Tips From A Former Watch Dealer
49 comments
Summer Splash — Round 2 : Jorg’s Tudor Pelagos FXD Vs. Lex’s Hublot Big Bang Integral Ceramic Sky Blue
47 comments
The Top 10 GMT Watches Right Now — From Ball, Grand Seiko, Tudor, And More
44 comments
Popular
Hands-On With the Seiko Prospex SRPC91K1 – Save The Ocean
Robert-Jan Broer
15
Hands-On Longines Legend Diver in Black Ref. L3.774.2.50.9
Robert-Jan Broer
1
Seiko Tuna For The Rest of Us
Gerard Nijenbrinks
13