Speedy Tuesday – Omega Speedmaster Professional 3577.50 From The Moon To Mars

It’s Speedy Tuesday, the moment you have all been waiting for! This week, we have a numbered edition in store for you. It means it is not limited or a special edition, but a ‘regular’ collection model with an individual number. Yong Wee from Singapore, one of our readers and fans of ‘Speedy Tuesday’, sent us photos of his much beloved Omega Speedmaster Professional ref. 3577.50 ‘From The Moon To Mars’ watch. 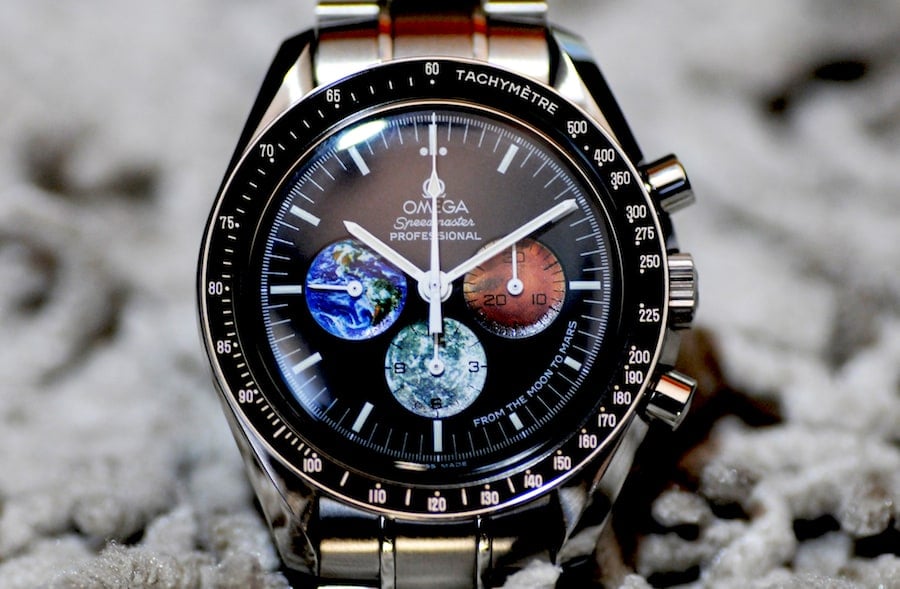 As you can see, this Omega Speedmaster Pro ‘From Moon To Mars’ has three different sub dials. The Earth is shown on the sub dial at 9 o’clock, the Moon at 6 o’clock and Mars at 3 o’clock. It also contains the wording ‘From The Moon to Mars” on the dial starting at 5:30 to 3:30 in modest writing. The fact that it is the only Speedmaster with three different sub dials was one of the reasons for Yong Wee to purchase this watch back in 2010, in a local watch store in Singapore. Although he loves Speedies, he is also a big fan of Rolex and Panerai watches. He tries to rotate his wearing scheme all the time, so every watch gets a turn. 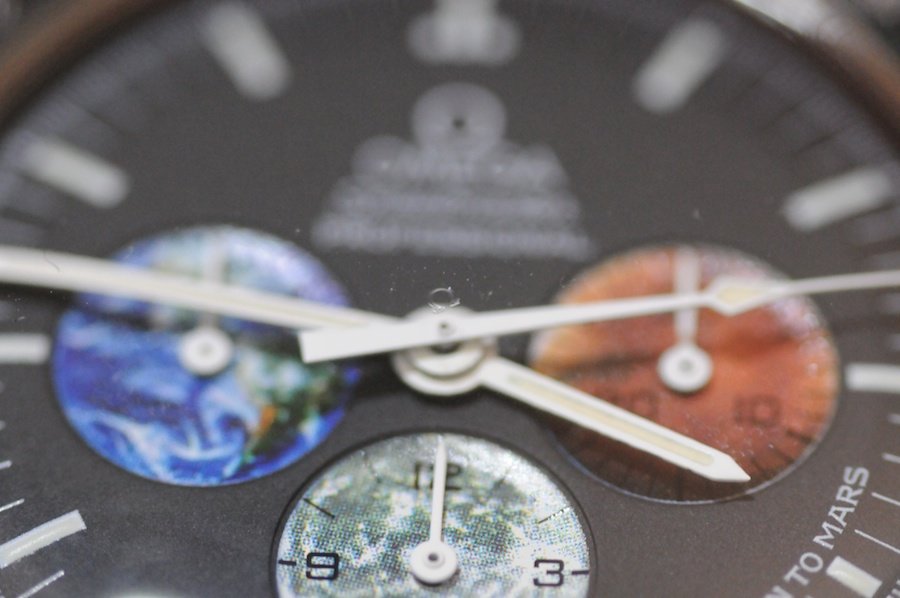 This reference 3577.50 Omega Speedmaster Pro ‘From Moon To Mars’ was actually presented during the BaselWorld 2004 show, so quite a while back. As you can see, the images of the Earth, Moon and Mars seem to be printed on the sub dials. The close-up above shows some pixels but in the flesh (1 picture above) it all seems fine & sharp. Even though the Earth and Moon show some white spots, the dials are still readable with the small white baton hands. The photo above also shows the Omega symbol in the Hesalite crystal. 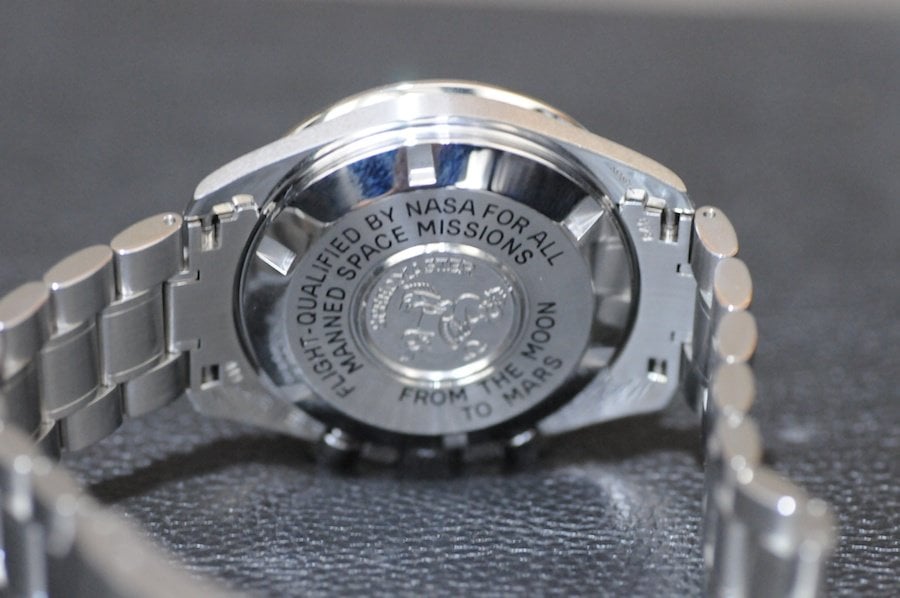 Like the Speedmaster First Omega In Space (which we reviewed here), this 2004 Speedmaster Professional ‘From The Moon To Mars’ is also a numbered edition. You can’t see it on the picture above, but below the wording ‘From The Moon To Mars” is a unique number engraved. It is so far unknown how many of these watches have been produced nor will it be likely that Omega will tell us anyway. This Speedmaster Pro 3577.50 has been in the collection for quite a while and was only recently discontinued (click here for the original product page).

Just like all modern Speedy watches, this one also has the hand-wound Lemania based caliber 1861 movement inside. The successor of hand-wound Lemania caliber 861 (from 1968 till 1997). As you probably know, in 1968 Omega decided to replace their hand-wound column wheel chronograph (Lemania based caliber 321) with the 861. It had a higher frequency (21.600 vs 18.000) and therefore considered to be more accurate. It was probably also a cheaper movement to manufacture, as it uses a different chronograph construction (cam lever). A comparison between a modern Speedmaster Pro 3570.50 and vintage Speedmaster Pro 145.012 can be found here.

Since this watch is out of production, we did a quick look-up of the availability and pricing of this Speedmaster Professional From The Moon To Mars and noticed they are still widely available in the pre-owned market and also in new condition at local watch dealers. Prices from approximately 2600 Euro for a pre-owned watch up to 3500 Euro for a new and unused piece. As we’ve seen with many numbered and limited editions, they [eventually] keep quite good value.

Yong Wee also sent us some extra photos of his Speedmaster Pro, which you can enjoy below. 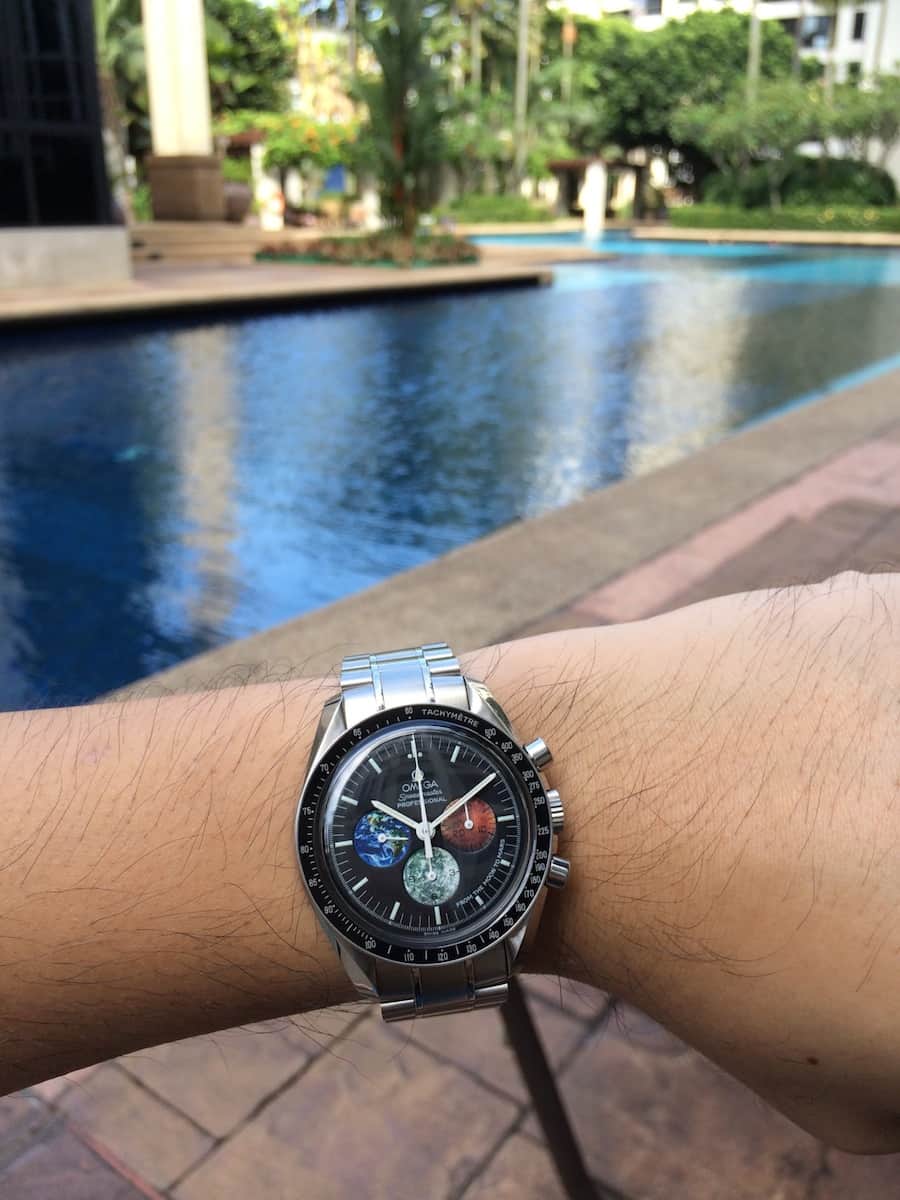 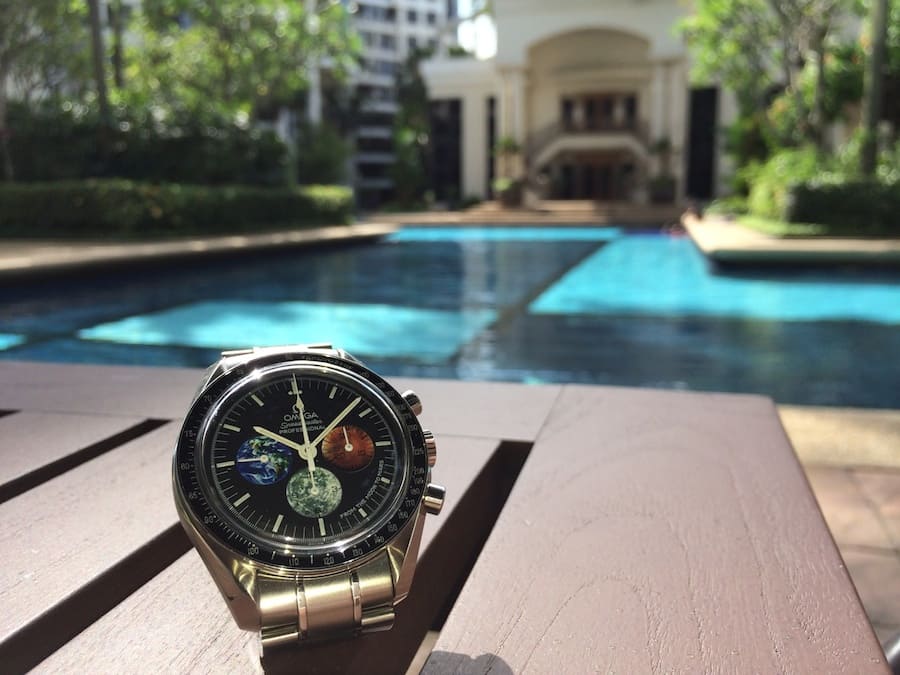 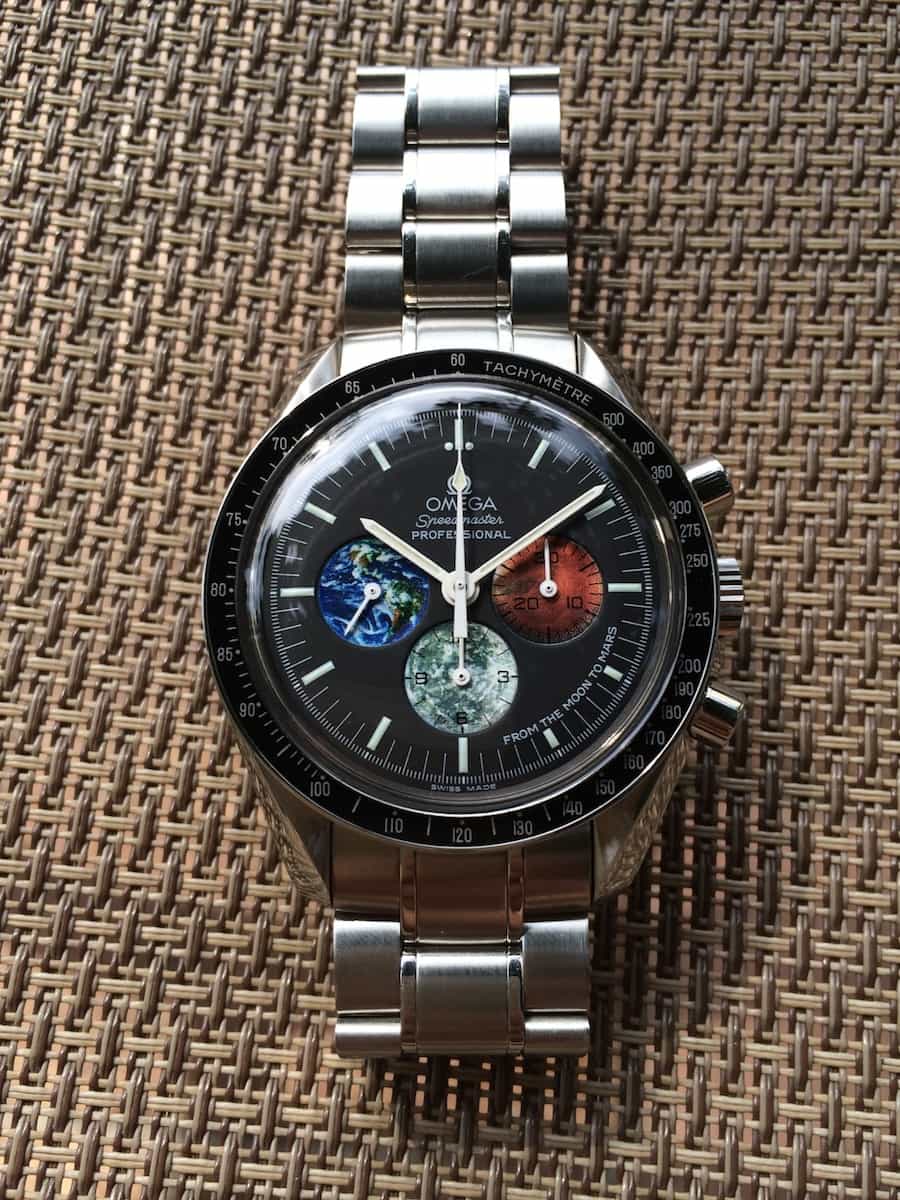 For next week’s Speedy Tuesday we are doing a topic on straps (leather 3rd party straps, OEM straps, NATO straps, Velcro straps etc.). If you have suggestions (with accompanying pictures) for straps, let us know (using this contact form) and we get in touch with you.