That green dial really means business… And it’s about time. This rash of TAG Heuer Carrera Sport Chronographs is exactly what I think the family needed — a return to form. Sensibility might not create headlines but it does underline classics. And that, as far as I’m concerned, amounts to a low-key triumph for a very divisive mainstream brand.

TAG Heuer is one of those brands that splits opinion. There are some who believe that the brand lost its way after TAG acquired Heuer in 1985. Others just as ardently extol it as the beginning and the end of the conversation when it comes to luxury sports watches (you know who you are). You may find yourself in either camp, or you may have yet to decide where your loyalties lie. If you are still musing over your position on the brand, perhaps the latest collection of Carreras will help. The latest TAG Heuer Carrera Sport chronographs take a refreshingly restrained approach to a frequently toyed-with classic.

Messing with a winning formula rarely results in progress. And while the Carrera pulled it off once (in its early days) attempts to pull the same rabbit out of the hat have stumbled in recent years.

The Carrera was a cornerstone of the Heuer brand and one of former CEO Jack Heuer’s finest achievements. Following the sale of the company the Carrera name has never been too far from the lips of TAG Heuer aficionados, nor the brand’s catalog (save a 12-year hiatus). The soul of the collection, however, was, if not lacking, somewhat detached from its origins. Things got too fancy, too futuristic, too…fiddly. 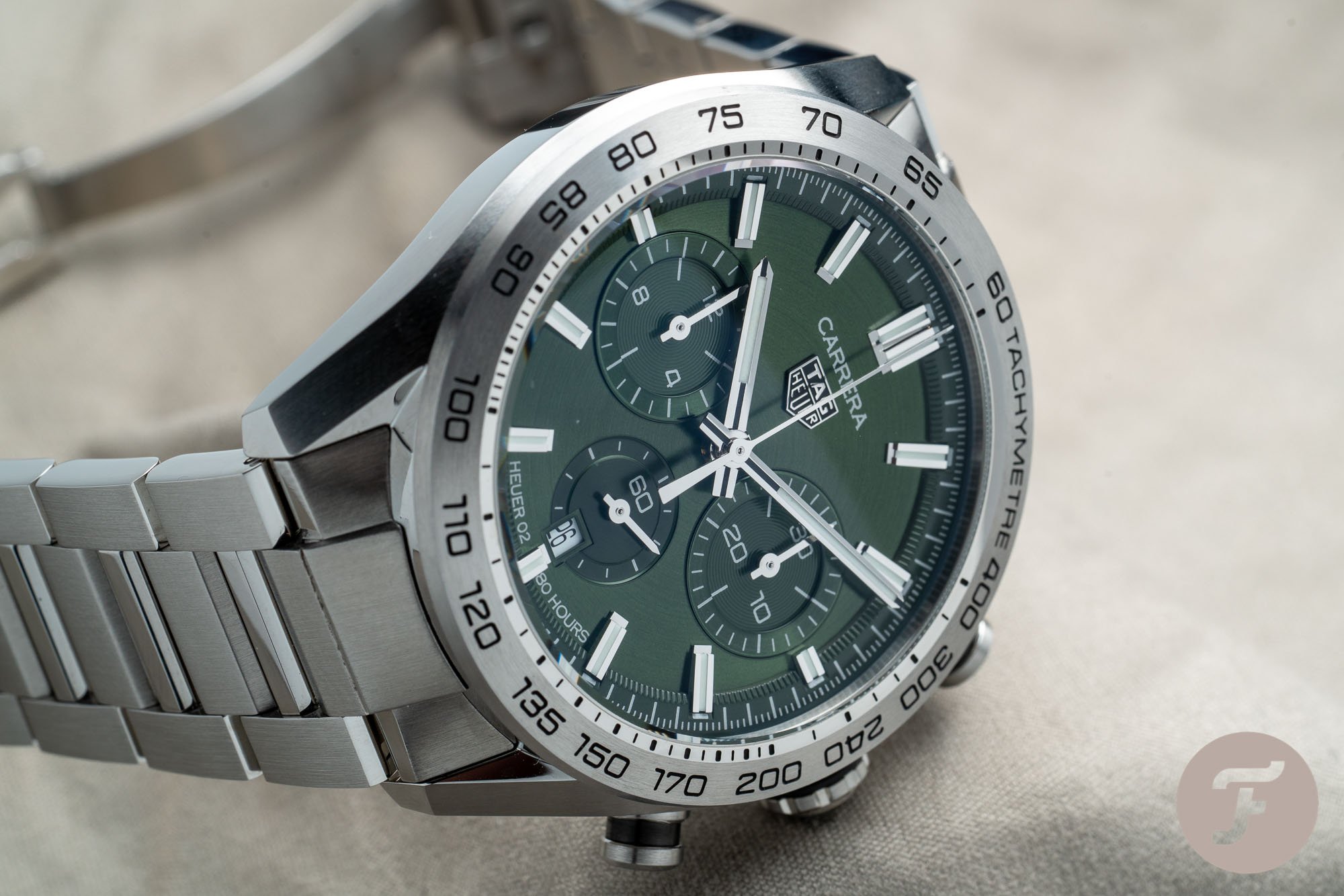 Brand’s need their anchors. They need their touchstones. They need to remember what made them relevant in the first place. At its core, the Carrera is a damn solid chronograph. Its digestible modern case silhouette is as no-nonsense as the original remit — to create a timepiece that could stand the test of time while tracking it as it elapsed. But it is fair to say that the Heuer Carrera had not one, not two, but three true dawns and three quite distinct identities that, now especially, perform three different functions. 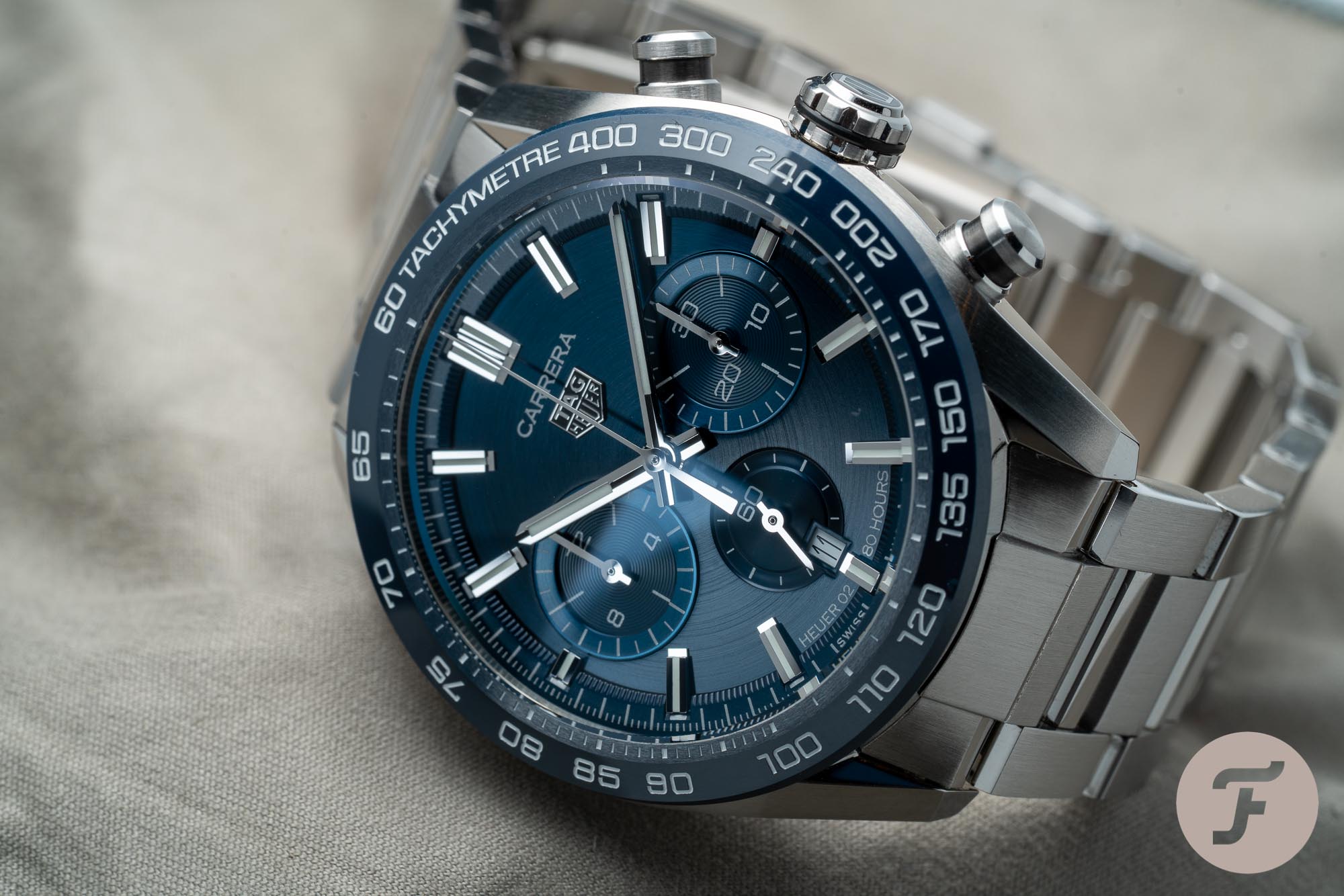 The Heuer Carrera debuted in 1963. Until 1970, all Heuer Carrera chronographs were manually-wound. In those days, Heuer would buy-in movements (in this case, mostly from Valjoux). This seven-year bracket can be referred to as the Carrera’s “first age”. The watches released during this time are some of my personal favorites from the brand’s history (especially the “silver panda” reference 2447SN). 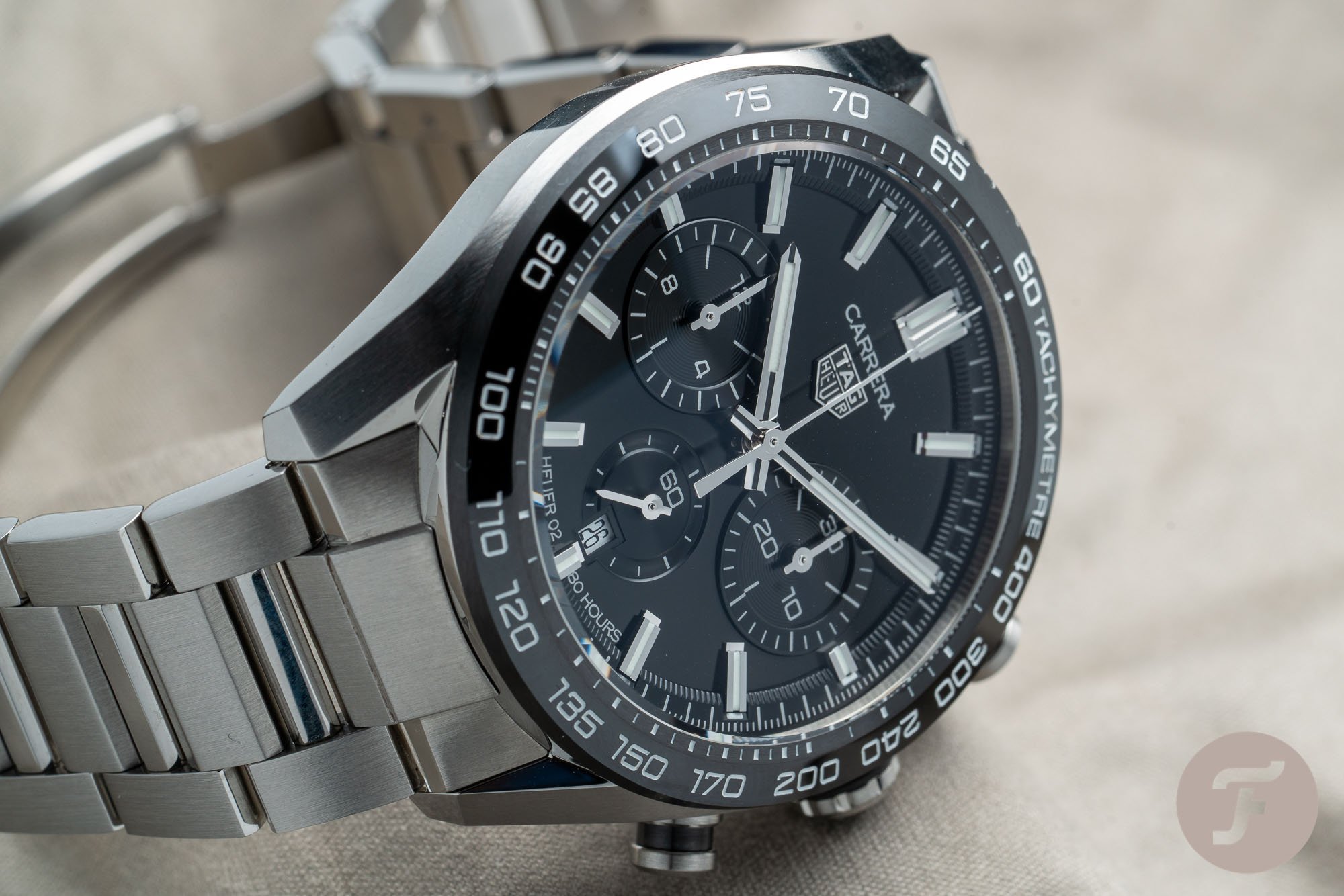 The Carrera’s “second age” began in 1970 when the combined might of Heuer, Buren, Hamilton, Breitling, and Dubois Depraz brought us the Calibre 11 automatic chronograph movement. Powered by a micro-rotor, the Calibre 11 signaled a new era for Heuer’s flagship. The new models you see before you today are more in-line with this sporty, technical style than the gentlemanly vibe of the family’s early entrants. 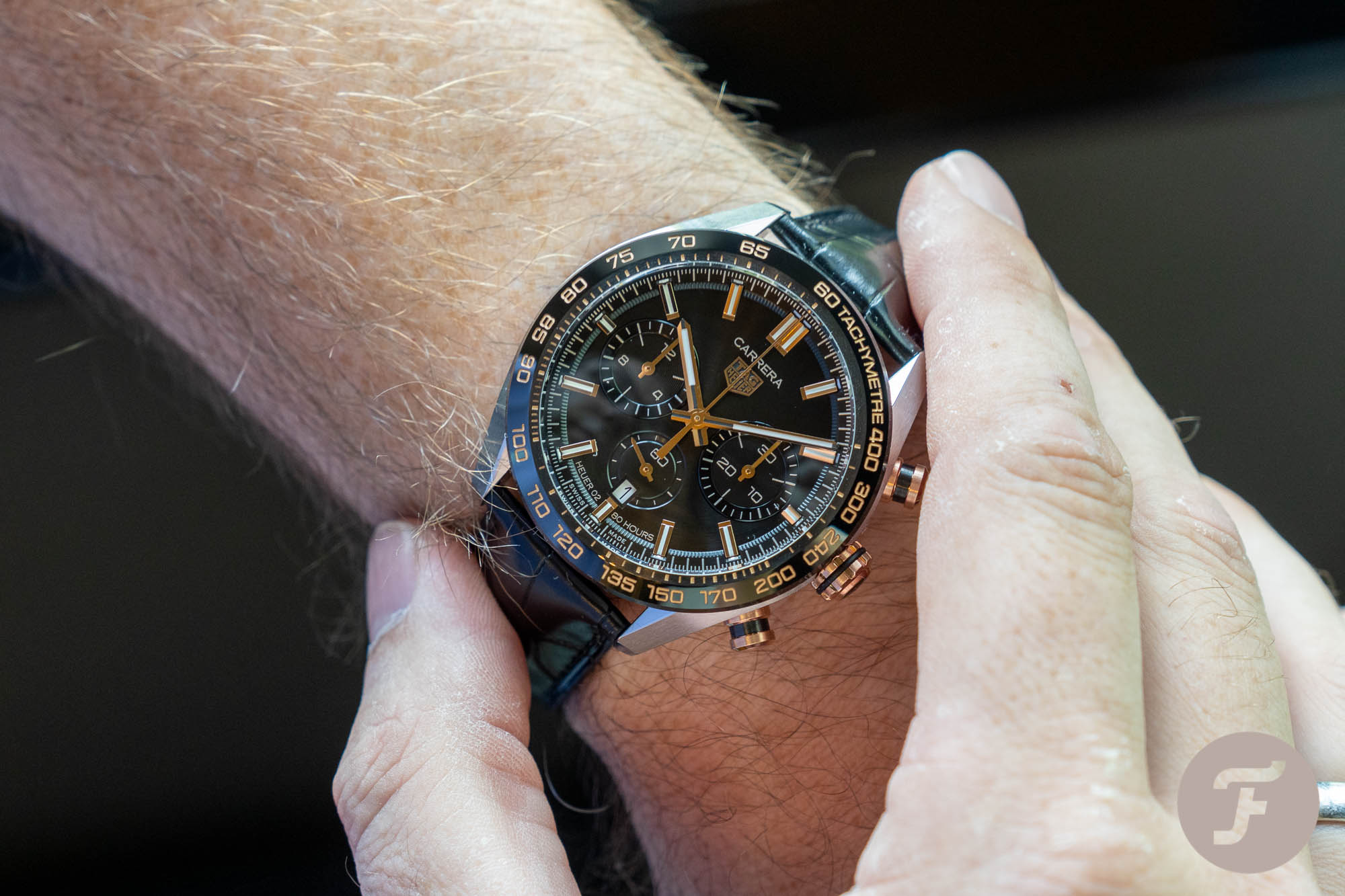 But that’s not the end of this famous model’s pot-holed history; the model was discontinued in 1984, two years after Jack Heuer had been forced to sell the brand. In 1996, TAG Heuer decided to revive the Carrera family. It became even louder, more colorful, and, in recent years, busier than ever before. Heuer aficionados longed for a return to the first or even second age. With this release, they might just be satisfied. 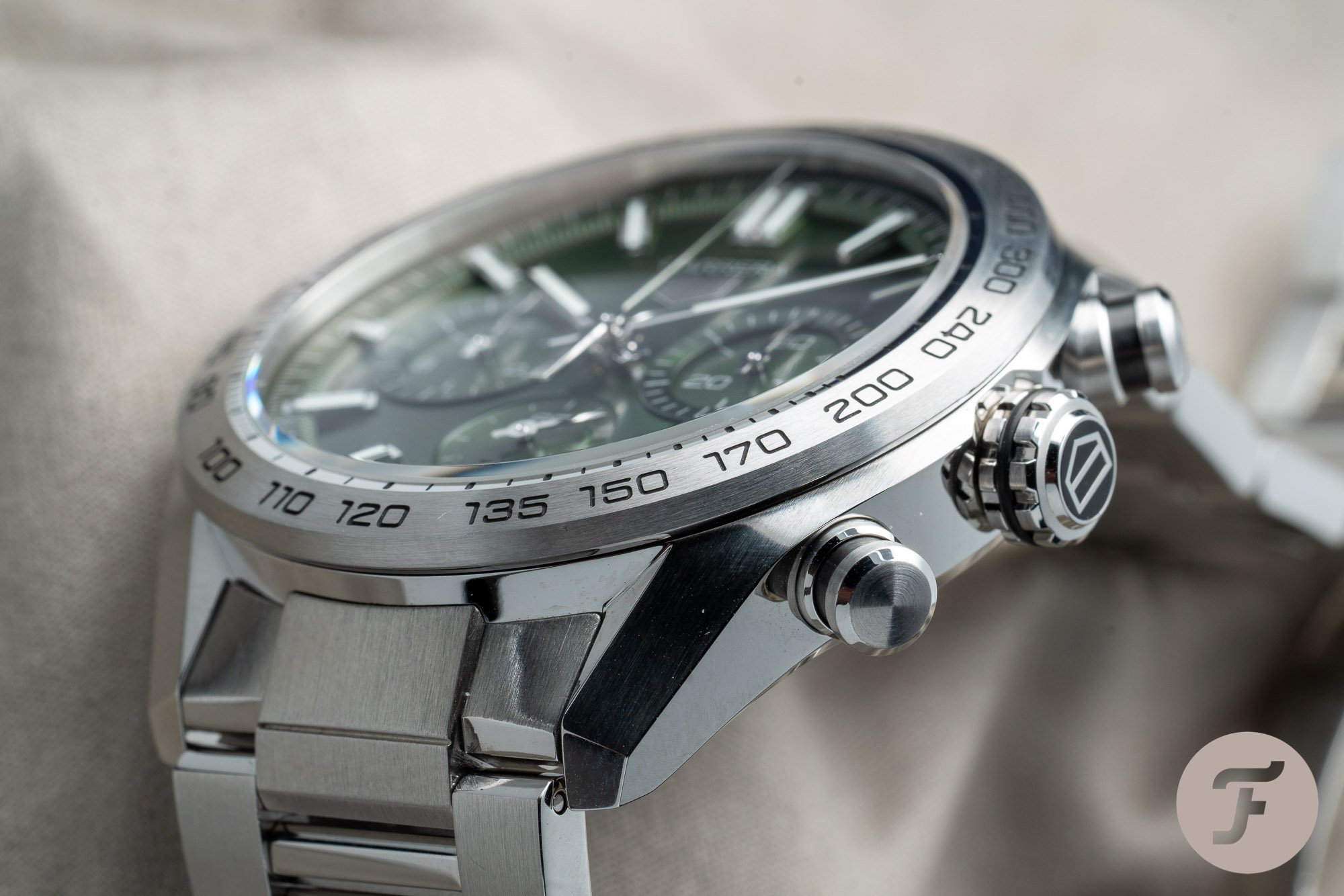 So there are a couple of things that keep this somewhat simple entrant firmly in the contemporary category. Firstly, its size is a whopping 44mm. It perhaps doesn’t appear so large on the wrist thanks to a dominant bezel and three sub-dials, but how it wears will come down to your wrist thickness and shape. Just be aware that there is quite a lot of material to handle here. Pleasingly, TAG Heuer took the smart decision to shorten the lugs (meaning the lug-to-lug length is a surprisingly stout 51mm). That means the watch isn’t quite as sprawling as it might have been had the lugs’ relative proportions been retained. 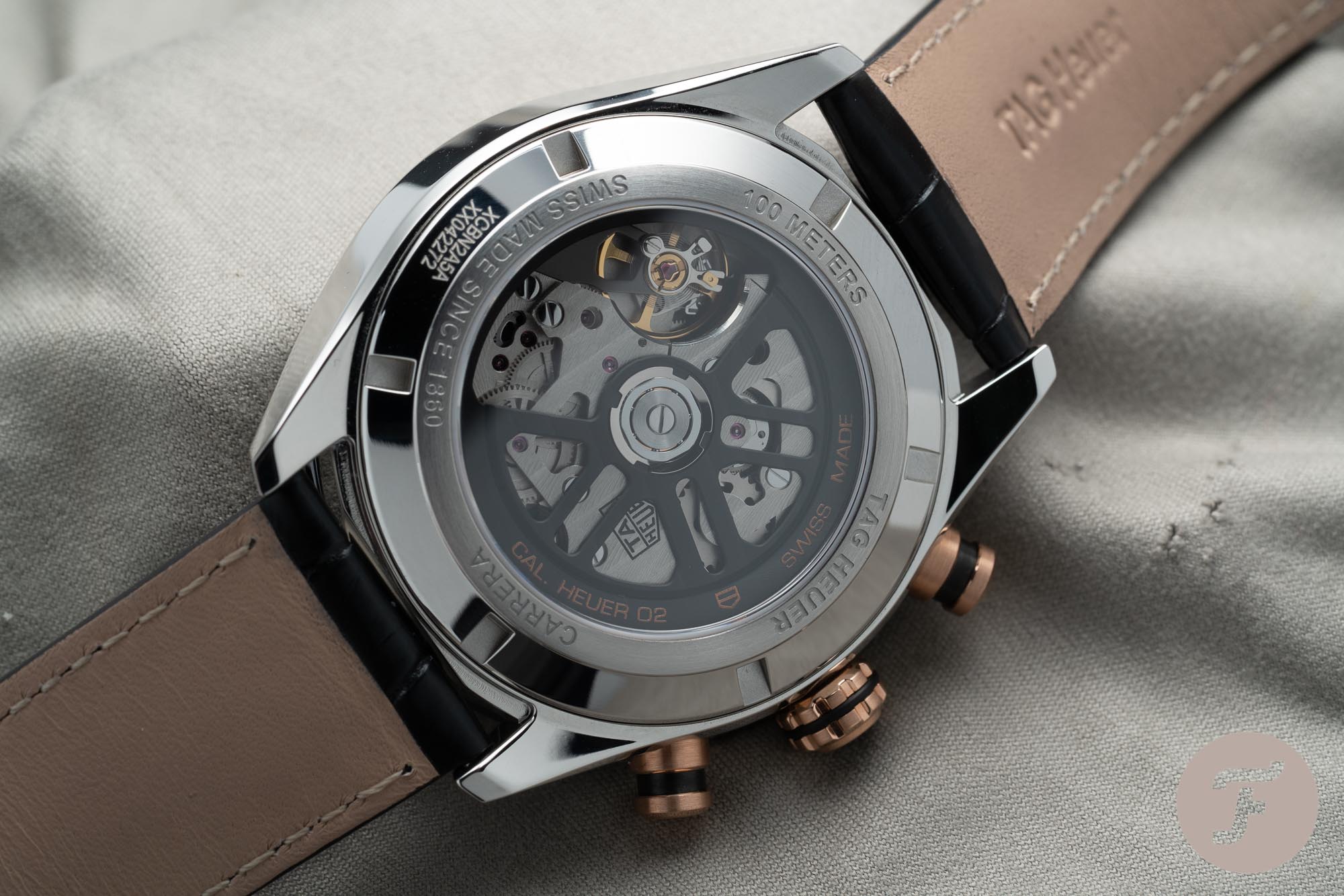 As this Carrera figures to be quite a popular model, I thought it would be worthwhile running the 44mm width, 15.27mm thickness, and busy chronograph dial through our (ever-evolving) Visual Impact Index. The index is designed to give online analysts (and potential customers) an idea of a watch’s relative visual presence (not, however, wearability).

The VII of the TAG Heuer Carrea Sport Chronograph came in at 41.04, which suggests it doesn’t have obtrusive proportions in real life.

The bezel on all models but the green-dialed variant is made of ceramic. This instantly vaults this release into modern territory. While it isn’t to my liking (hence the green model winning my favor), it keeps the Carrera on a level footing with rival big-boy chronographs such as the Omega Speedmaster and the Rolex Daytona. 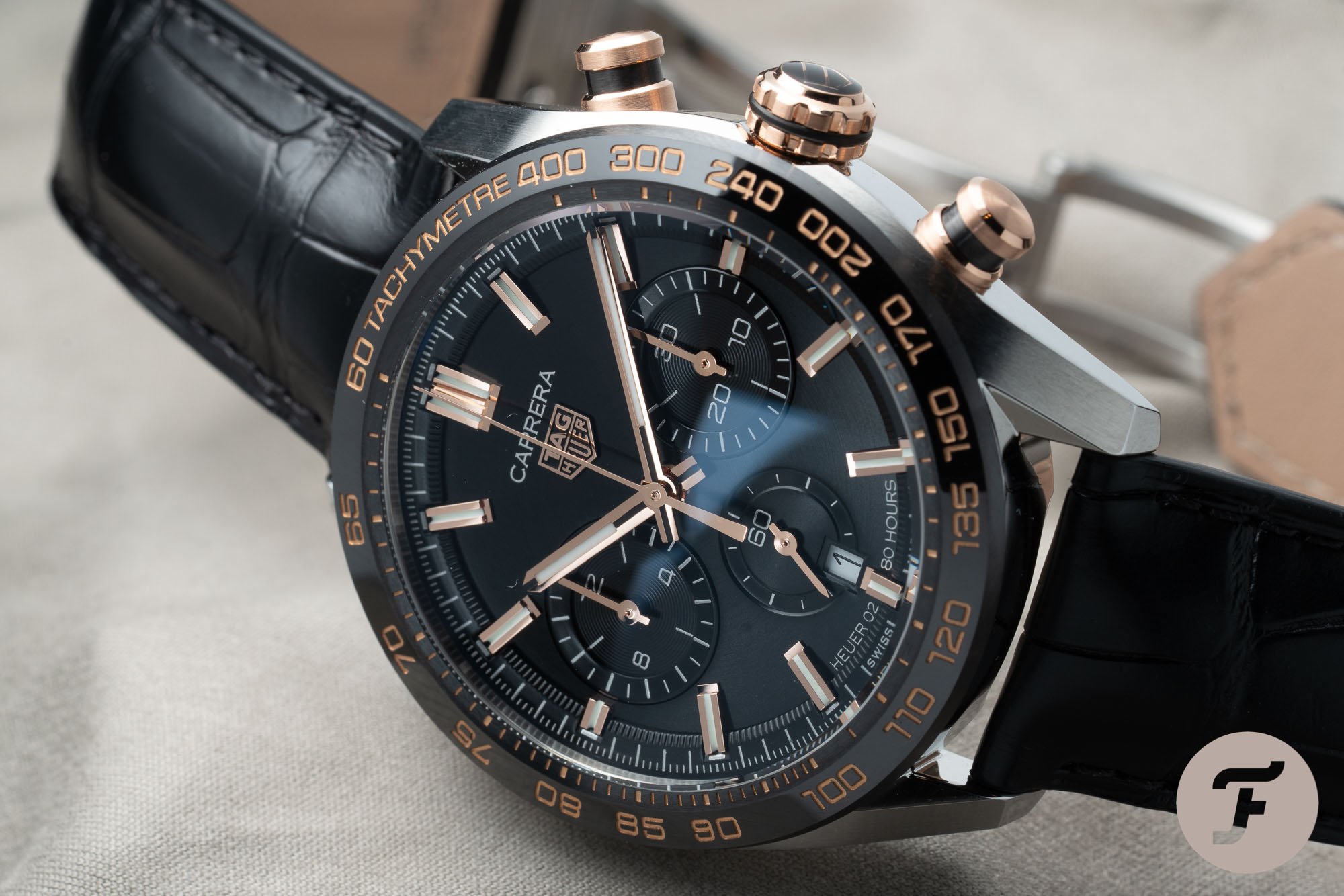 From a personal perspective, I think this latest addition slots into the modern TAG Heuer catalog nicely. I liked the Autavia release from a couple of years back (surprising myself in the process). Similarly, I like this release. I feel like the two families sit very comfortably side-by-side.

The mid-late sixties will forever be the Carrera’s glory days, in my book. But this modern interpretation of the dynamic racing chronograph that truly found its voice with the debut of the Calibre 11 is a very pleasing iteration. The presence of the modern Caliber Heuer 02 in this release is welcome. Learn more about the brand and the Carrera’s history here.