I passed on the Seiko Think The Earth wn-1 a few times before. But my curiosity about bizarre watches multiplied by encouragement from peers (hello, Mike!) made me pull the trigger on this wonder from early 2000s. And I couldn’t have done any better.

It doesn’t look very wearable. It even doesn’t look like a watch that can display the time. These were two major reasons why I held back from it for a long time. But when it popped up again (or when Mike made it pop up in front of me again), I gave it another look. I was trying to understand all the excitement that Mike and a few other fellow collectors hold for it. After all, I can relate to that feeling for sure. People who have one really speak so passionately about it. 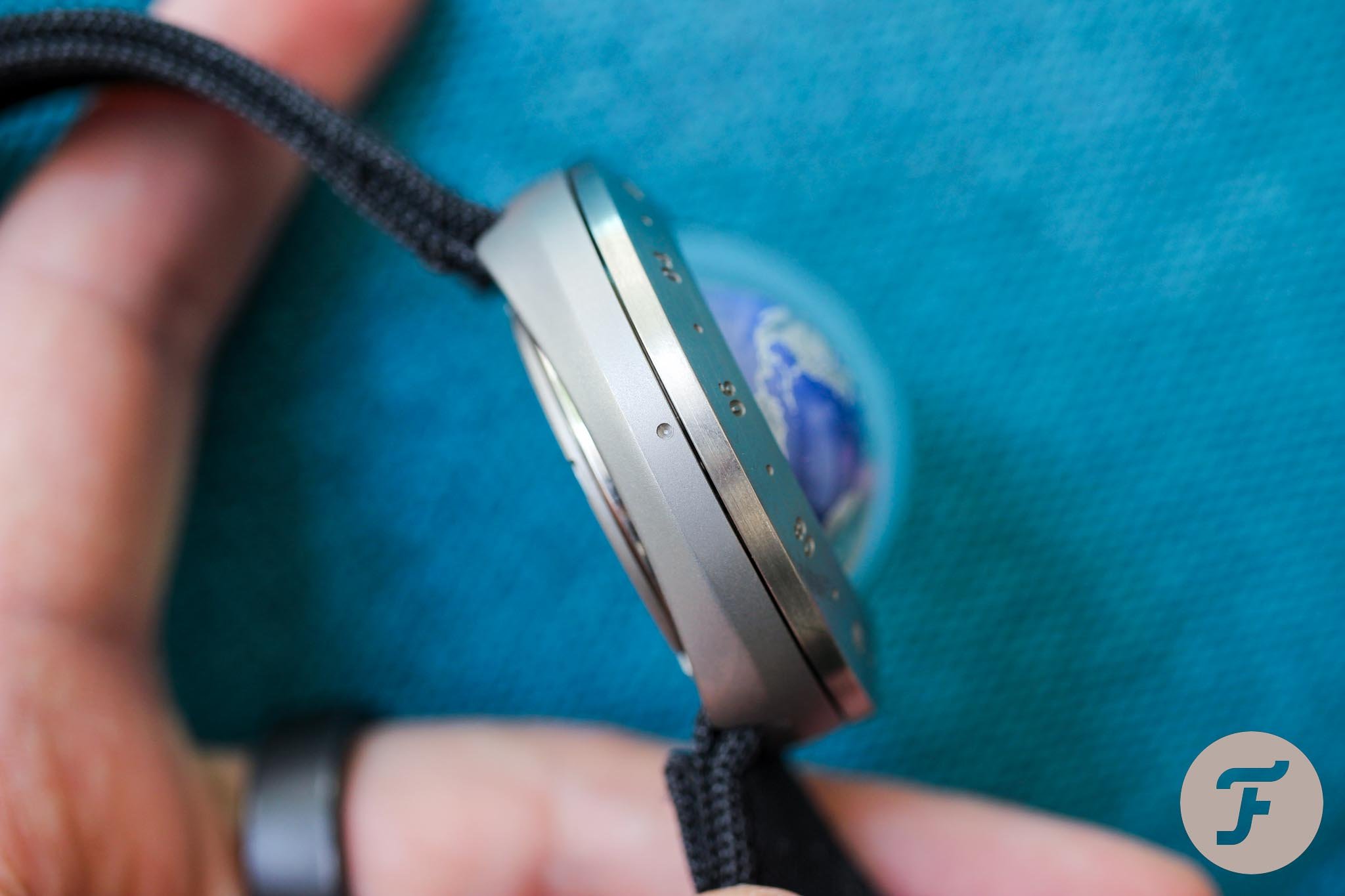 The story of the Seiko wn-1 begins

Surprisingly, the creation of the wn-1 was not an entirely Seiko endeavor. It was commissioned by the Think the Earth Project, a non-profit organization that promotes Earth awareness. The concept of an Earth Watch came about in 1994, and the first working model by NTT came in 1997. A year after that, Seiko Instruments got involved, and it took another three years to get it done. The official launch in 2001 was set on February 19th.

And the date was not random. February 19th is the birthday of Nicolaus Copernicus, the famed Polish astronomer. He was the first to suggest that the sun was at the center of the universe and that the Earth revolved around it. And that brings us to the first big, unusual detail that makes the Seiko wn-1 unique. 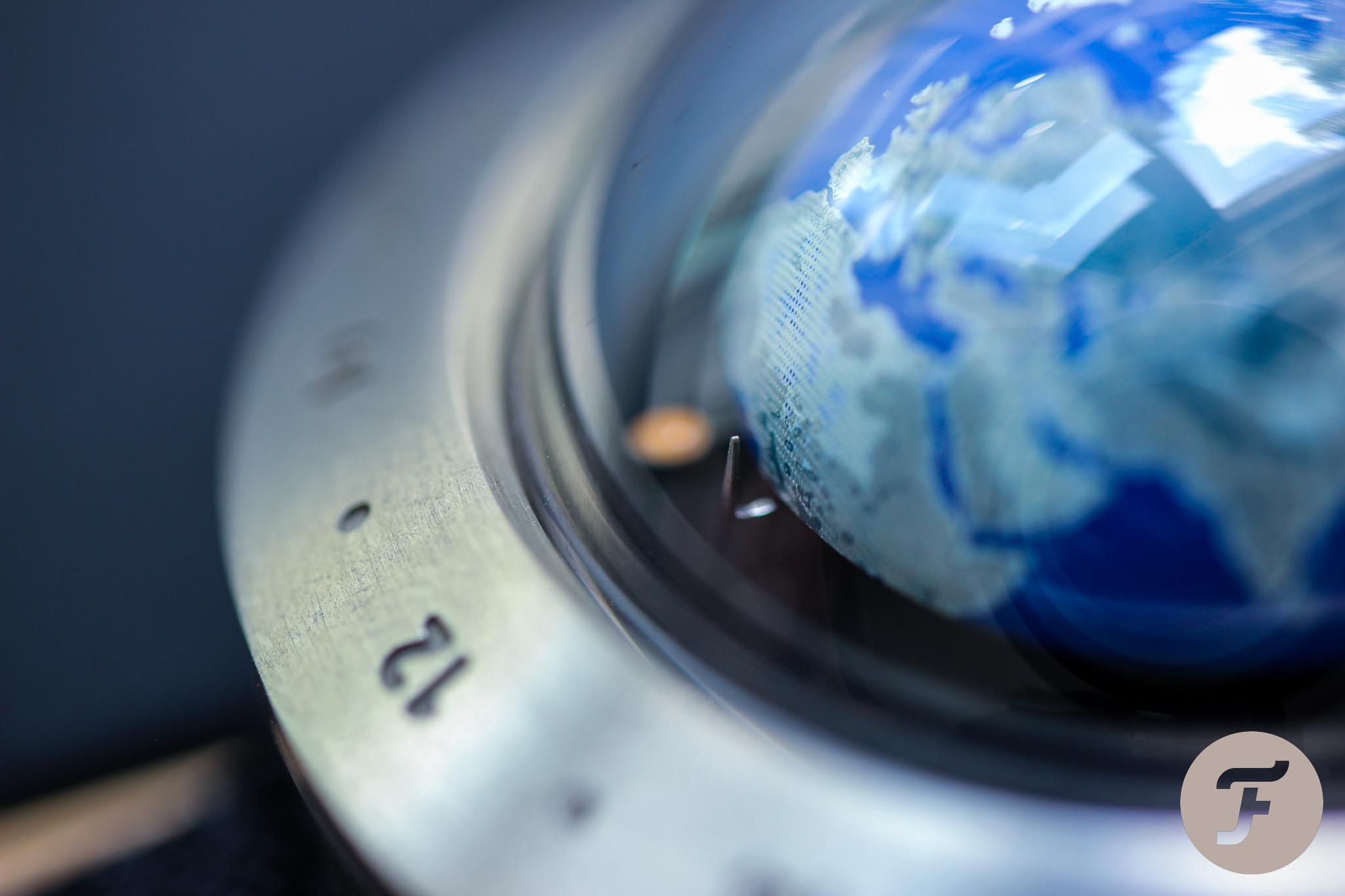 Under a super-high, super-domed Hardlex crystal, there is the model of the Earth that rotates once a day. This makes the Seiko Think The Earth a 24-hour watch. Exactly like the real Earth, the 3D planet rotates in a counterclockwise direction. At the bottom of the Northern Hemisphere, there is a hook-shaped hour marker. Using the crown, you can adjust it to the correct position.

There are 24 settings according to 24 world time zones. To set the correct time zone, you simply have to align the hook marker with your current position. Once you do that, the hour indicator rotates counterclockwise together with the model of the Earth. If you want to read the time, you follow the straight line from the North Pole to the bezel and right through the hour marker. 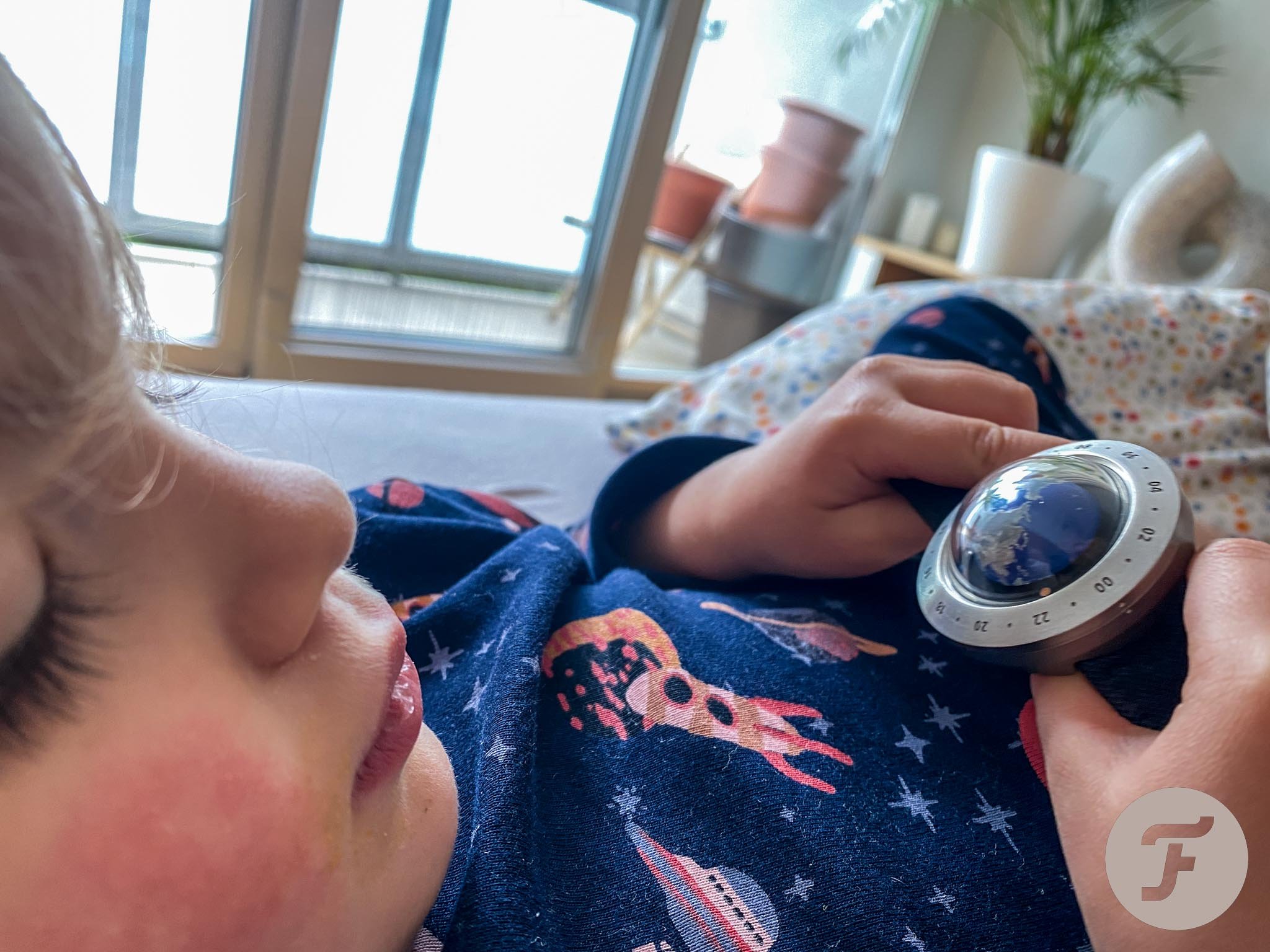 Strangely enough, the orange “minute dot” that reminds me of a ping-pong ball rotates clockwise like on an ordinary watch. One would think that hands running in different directions would mess with your brain too much and leave you confused. But to my greatest surprise, the “transition” was smooth and easy. After just a few turns of my head to my wrist, I was able to read the time quickly and precisely. It’s actually so natural that after a week on the wrist, I asked myself, “Why isn’t it like this on all watches?” 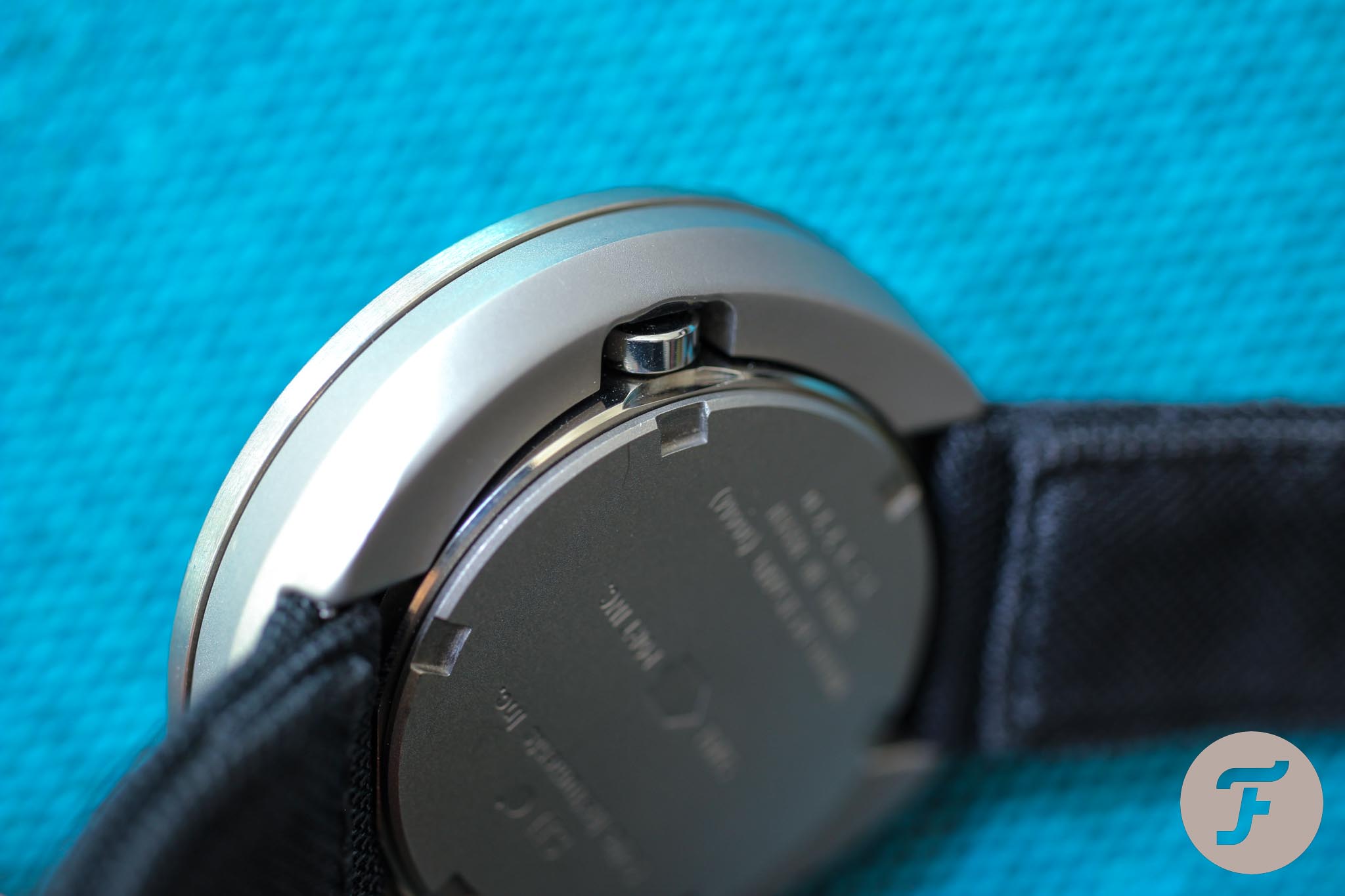 I struggled to believe that the case is 45mm, so I took the ruler out once again. And yes, it is 45mm indeed. I guess that it’s probably the low weight and the fact there are no lugs that make the watch feel so “down to earth” on my wrist. It really wears as easily as any of my 36mm watches, no matter how crazy that sounds. The wrist comfort has also something to do with the strap, which is made of a special Sophista material that I’d never heard of before. Sophista was developed by Kuraray, a Japanese manufacturer of chemicals, fibers, and other materials. Sophista can both absorb and diffuse water, and it is described as the first synthetic fiber that combines the comfort and feel of natural fiber with the function of synthetic one. I can say that while it has rugged military looks, it is, in fact, perfectly soft on the skin. 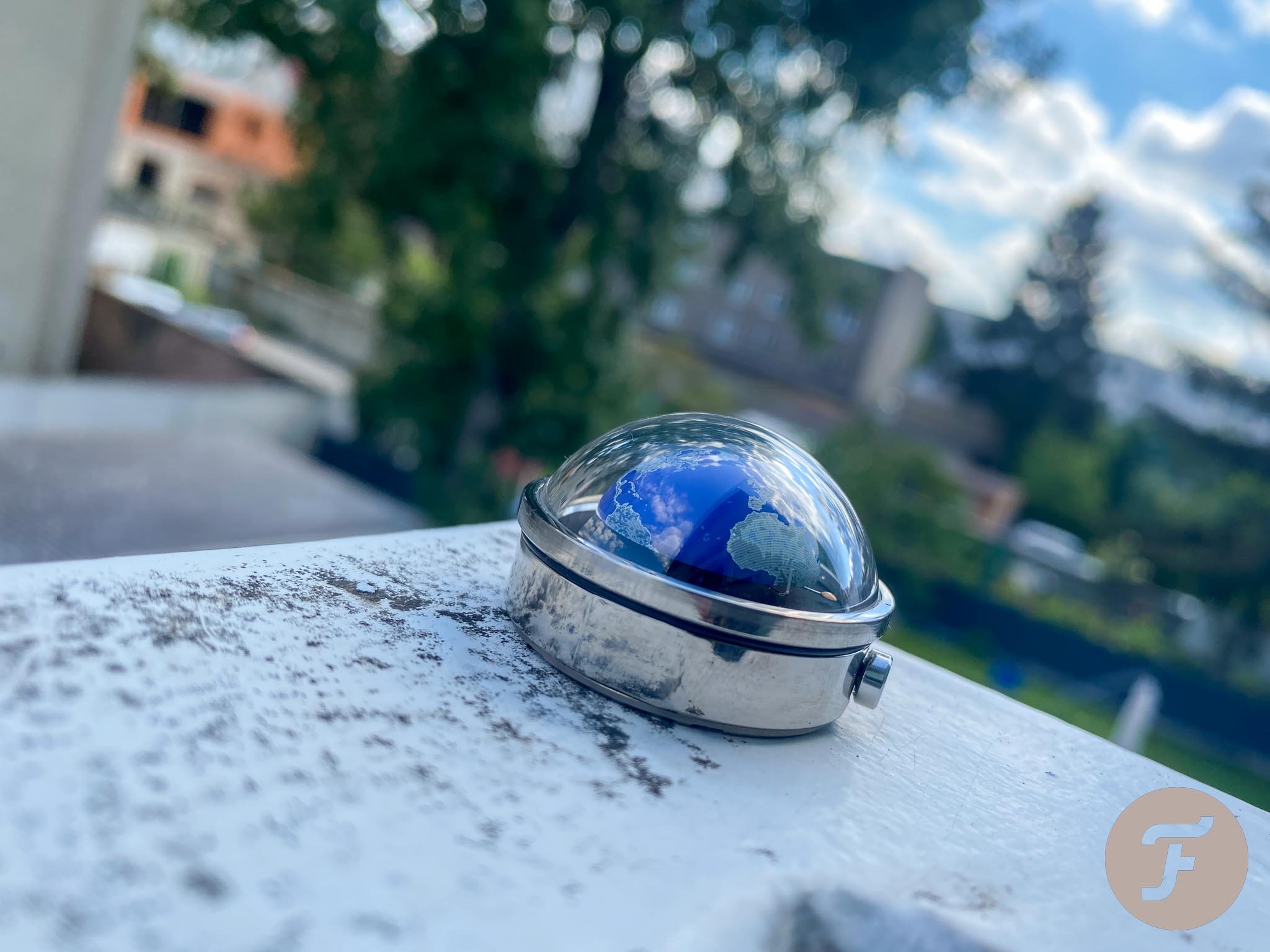 From watch to clock

The Seiko Think The Earth wn-1 is powered by a specially designed precision Seiko quartz movement that has three reducing gears in the drive train. These gears are necessary for the unique rotation of the globe. While low-end quartz watches are assembled automatically by robots, higher-grade watches like this one are hand-assembled. “It involves more steps than regular watches. I would say the most difficult part is mounting the Earth-hands correctly,” said Michiko Tamura, who was in charge of assembling the later wn-2 watches. 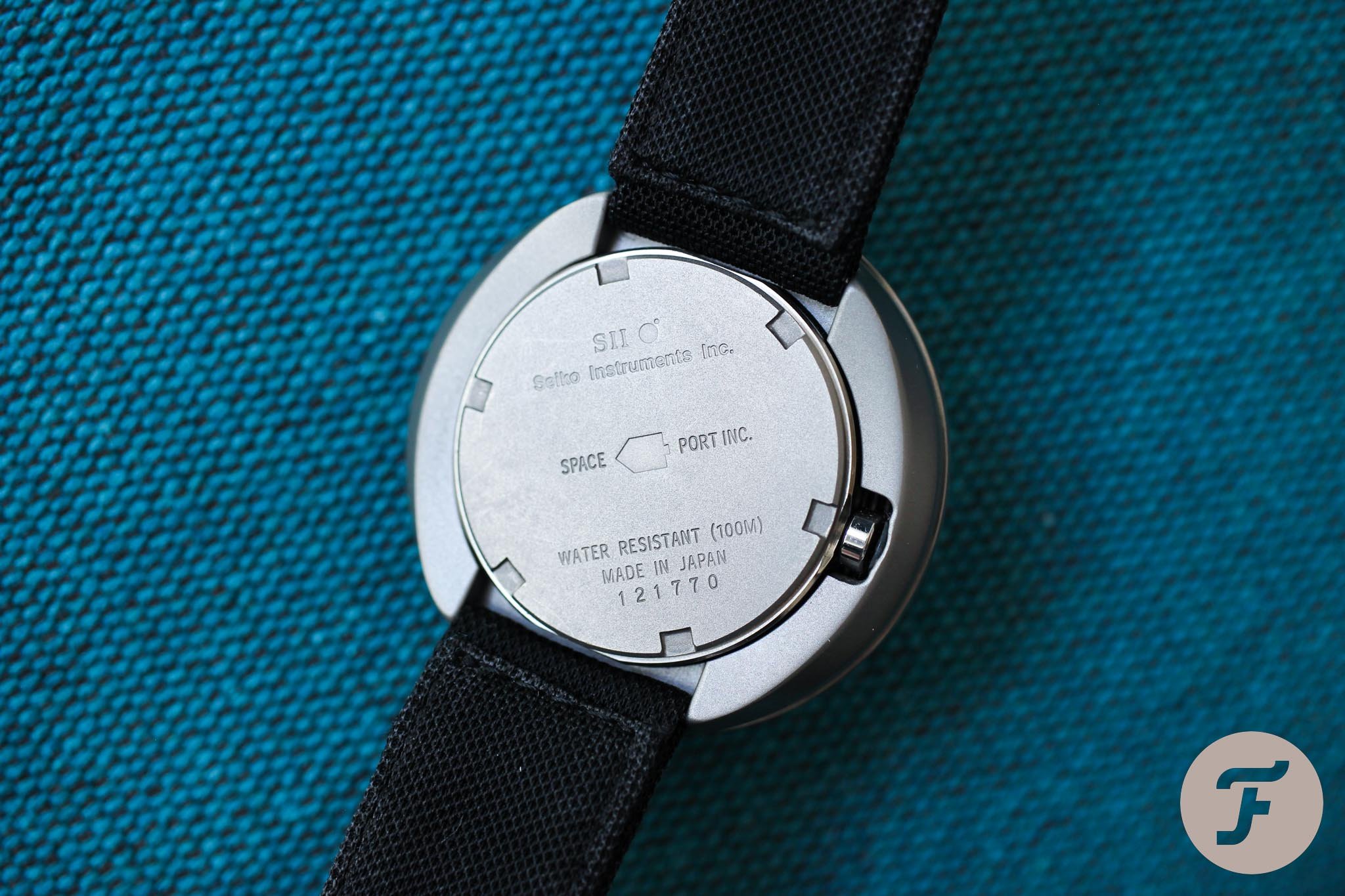 I haven’t thought about our planet as much as I have this week in years. The idea behind the Earth Watch was to give people an astronaut’s view of the Earth from space. Why is that? Its creators wanted people to think about issues such as global warming and relate to the Earth in their everyday lives. However naive that might sound, it works. It’s basically inevitable. Looking at the 3D planet on your wrist, you can’t pretend that it doesn’t exist. Whether you want it to or not, just by glancing at the watch, the Earth pops into your mind now and then. 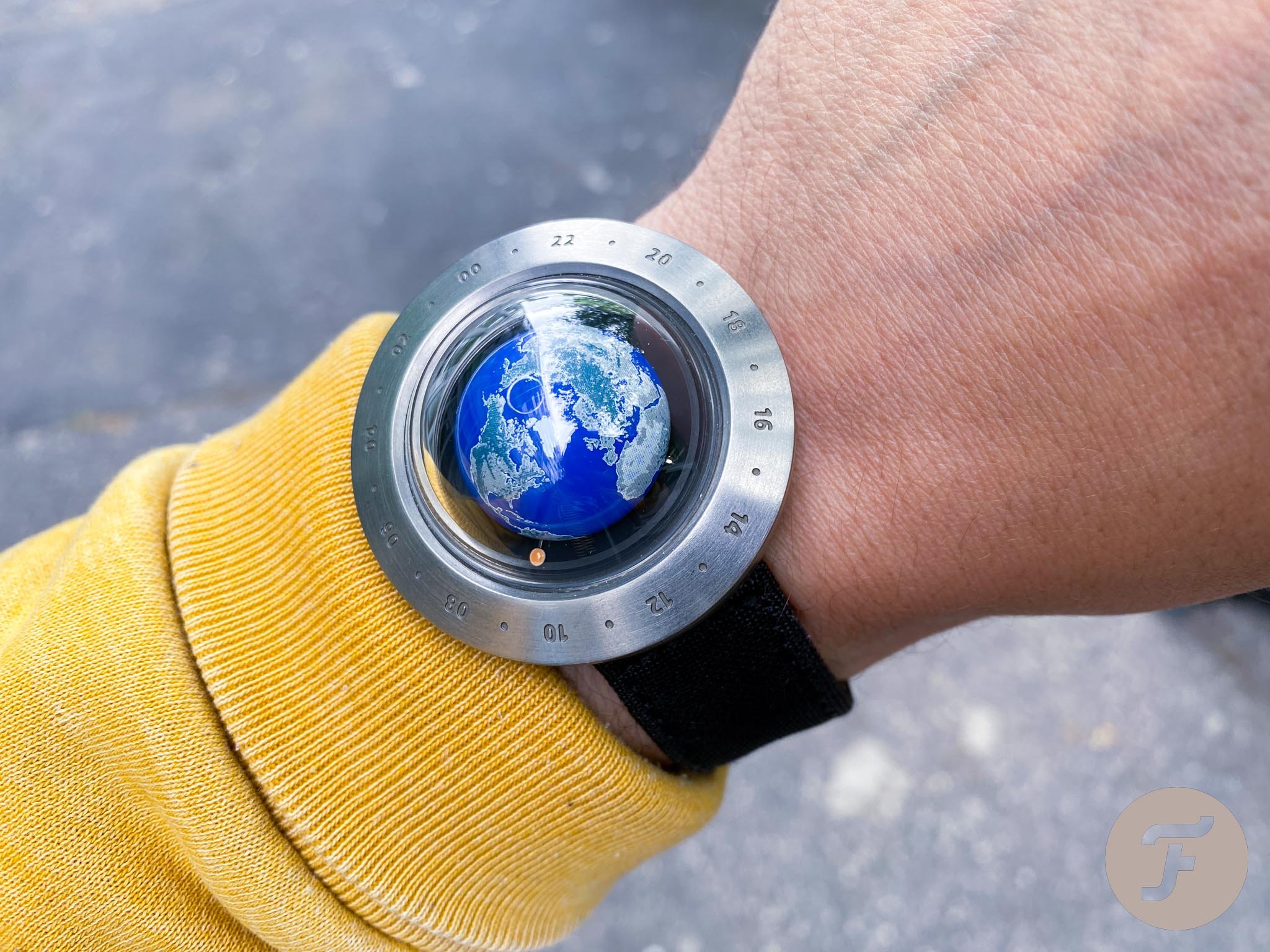 Something for the Moonwatch lovers

One of the many fun facts about the wn-1 (and the wn-2) states that “the diameter of the Earth-dial is 1/580 millionth that of Earth, a scale at which arm’s length (approximately 65 cm) equals 380,000 km.” So, if you stretch your arm, the Seiko wn-1 will look exactly like the view of Earth from the Moon. How cool is that?! 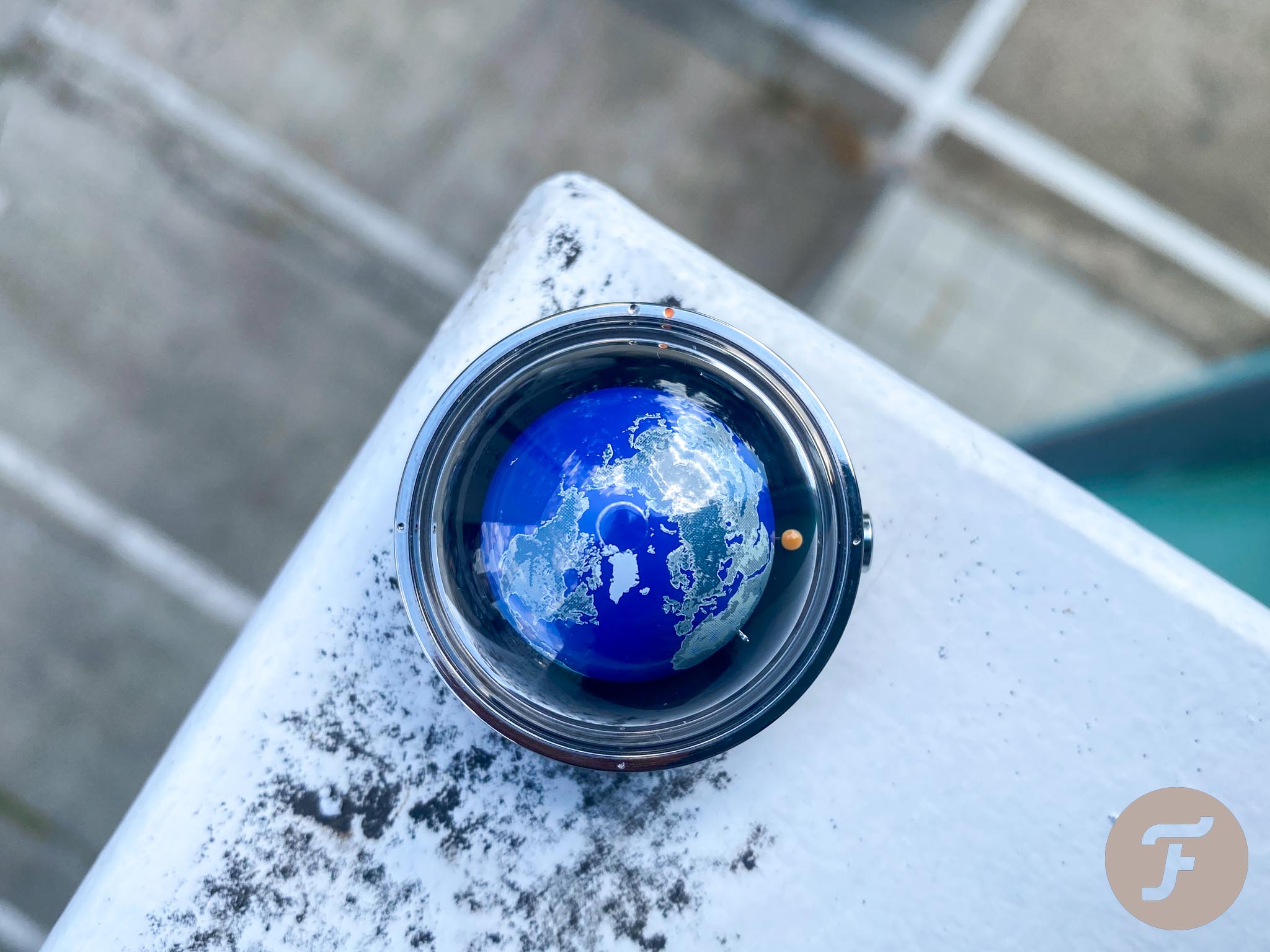 I fell in love with a side view of the planet Earth that looks like an astronaut’s head in a helmet. So, before I purchased the wn-1, I told myself that if it didn’t find its way to my wrist, then at least I’d have a nice clock on my desk. I knew time-telling was a bit different on the wn-1, so there was a real possibility that it would surprise me. I’m pleased to report that it has done just that.

I’ve done my best to describe this watch as closely and as lively as possible. Still, I believe that the wn-1 isn’t a watch you can fully appreciate just through pictures. The design also implies that reading the time in any other part of the world is way more natural than it would be on any other world timer. Folks, you seriously gotta see this thing in the metal. Happy hunting.