Would you believe this Prim put her Cartier in the corner?
Tomas Rosputinsky
comments 4
Share

It‘s not a Franken-watch, as it is 100% original. But original as it may be, it is most certainly not untouched. At some point in the past, a previous owner made some major dial modifications. Is it art? That can certainly be debated… It is definitely unlike any other watch out there, so I guess “original” remains the word to use when describing this particular watch. Though I bet that many of you would tremble and beg for mercy when faced with the prospect of having this Prim strapped to your wrist, the current owner, Nina, wears this DIY-dial watch proudly!

It was an ordinary Wednesday in April, a day where no particular watch-related highlights were to be expected. In the morning, my wife and I decided to stop by at SOGA (a leading Slovak auction house) to pick up a painting that my wife had purchased at auction a few weeks earlier. When we got there, the site was under construction, so the SOGA space had been moved to a temporary location. Not long after pressing the buzzer, an old wooden door opened. I felt like I had stepped back in time, into an artist’s studio, packed with hundreds of different paintings and other works of art, all squeezed into the tiniest space possible. It was quite a magical experience, it had that magic of a truly inspirational place where time seems to stand still. 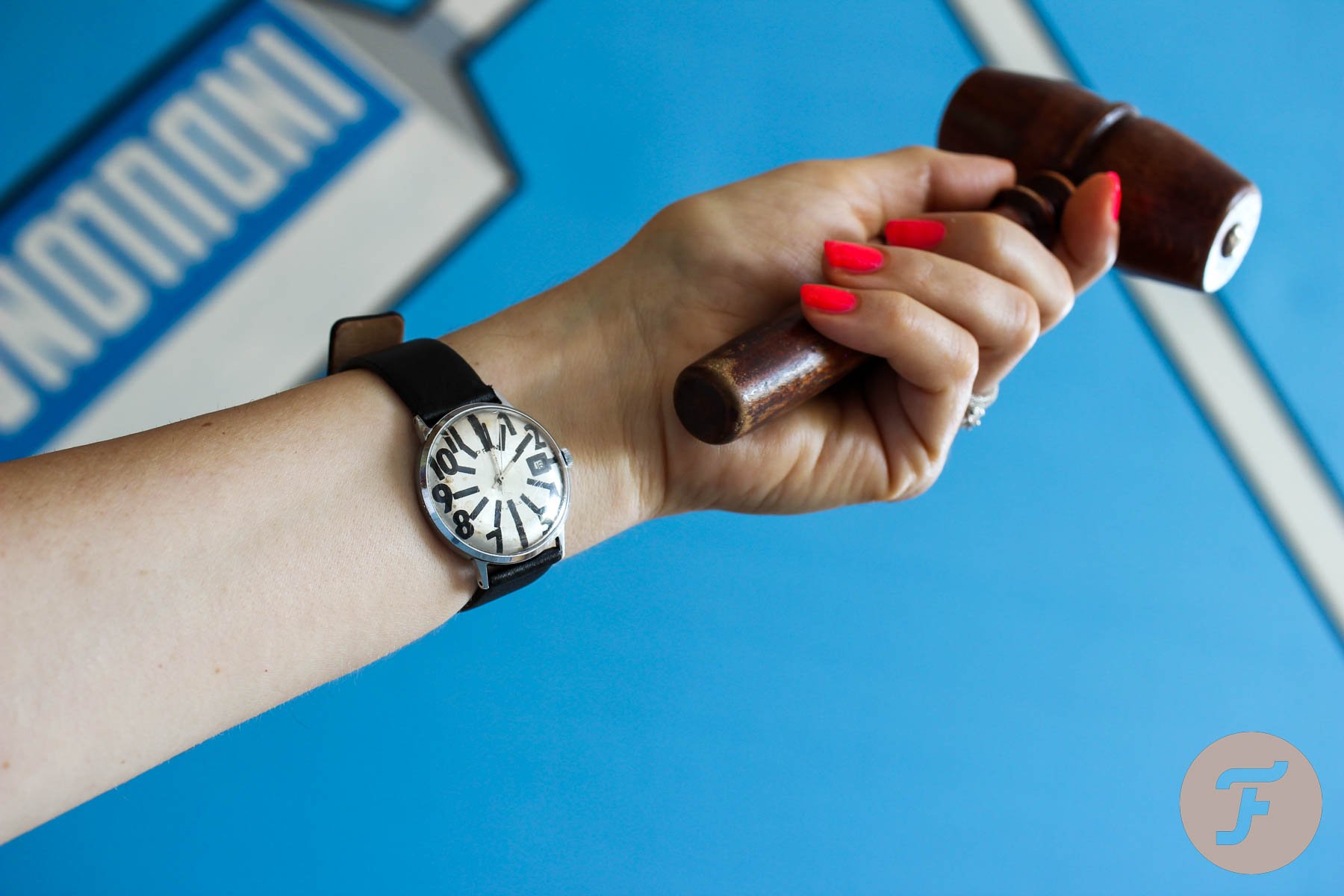 A little bit overwhelmed, I decided to have a look around. My wife was saying hello to her friend Nina Gazovicova. Nina is an art historian, curator, and auctioneer at SOGA. I think of her as a Slovakian Aurel Bacs. Nina gave the painting to my wife and they chatted enthusiastically as they hadn’t seen each other for quite some time. As I got back from wandering around the studio and I was about to join in the conversation, I was stopped in my tracks. I could not take my eyes off Nina’s wrist. “What the hell is that watch?!” I asked myself.

I think it didn’t even take 10 seconds, right after I had introduced myself, to ask about the peculiar-looking piece. The dial on the small vintage watch was so strikingly different that I knew something was off. Upon closer inspection, the dial seemed to indicate that it was indeed a Prim wristwatch, but I had never seen one that looked like this. “I got it maybe five years ago from an admirer. He was a visual artist and a watch enthusiast.” Nina explained. “It sat in a drawer for a long time, but I took it out this summer and I’ve been wearing it every day.” 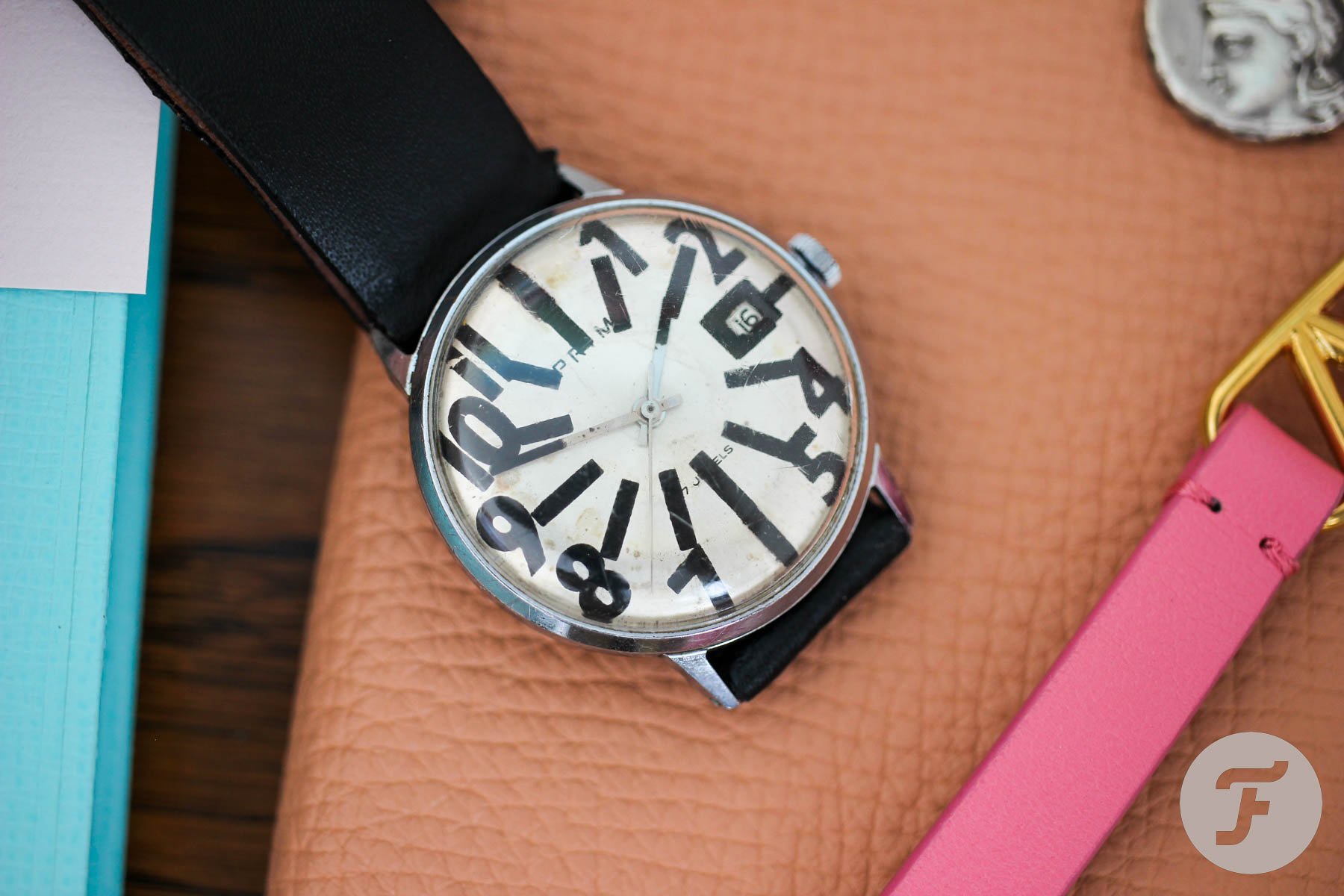 Choosing between Cartier and Prim?

Nina has half a dozen watches. Inspired by Andy Warhol, she never winds her Cartier wristwatch. Besides the classy Cartier, she actually does this with all of her other vintage, and mostly (traditionally) men’s, watches. “I don’t buy new vintage watches, all of them have been with me almost for twenty years.” When I asked what she likes about the Prim with the DIY dial, Nina offered an instant answer. “I didn’t actually realize that the dial was a DIY job at first. It probably belonged to a visually impaired owner whose watchmaker modified it to suit his needs. I like its authenticity and uniqueness. Identifying unique and authentic things is a key part of my job after all,” said Nina, her curator spirit shining through.

I asked Nina if I could have a closer look at her watch. This revealed a 30-34mm wristwatch with a faded silver sunburst dial from the Czech brand PRIM, probably from around the 1970s. In its original condition, it would cost you no more than €50, and there are tons of them. I have seen many DIY dials, but this one has the most “street-art” style so far. The person responsible didn’t just use a permanent marker or some other perfectly unsuitable means of marking the dial, as other DIY-dial “artists” have done in the past. They really made an effort to ensure that the markings and numbers on the dial looked the part.

The printing looked so “plasticky” and the shapes were so sharp and defined that I first thought they were cut from black adhesive tape.

I couldn’t believe it at first. The printing looked so “plasticky” and the shapes were so sharp and defined that I first thought they were cut from black adhesive tape. The length and size of the numbers and indexes are rather uniform and consistent, yet magnified to majestic proportions. This magically melts away the potential for an ugly mess, which is the only way to describe a lot of the more traditional homemade dial modifications, and instead turns this watch into something uniquely stunning. 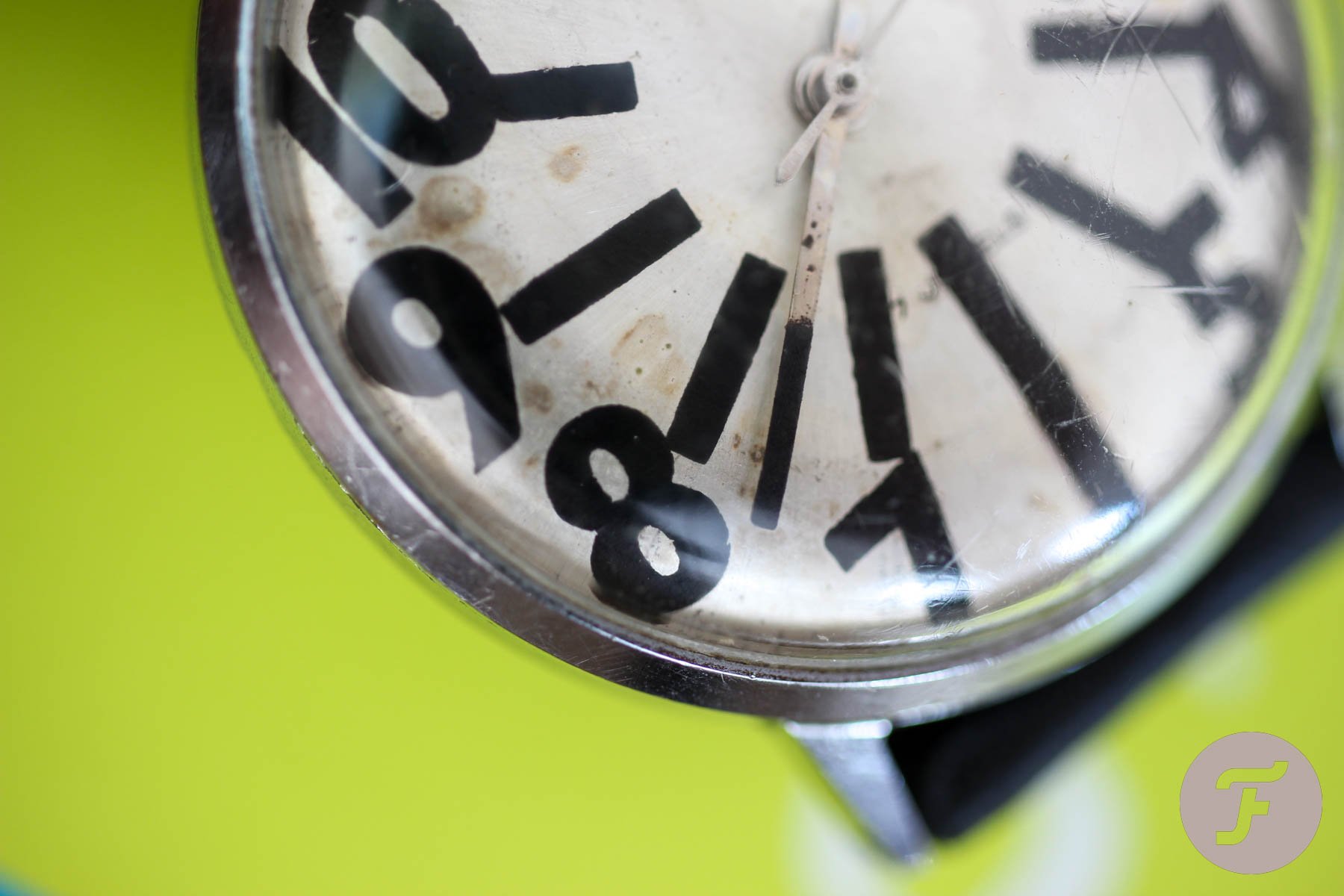 A woman of fine taste

When we left the SOGA auction house, my wife told me that Nina was THAT friend of hers. The one whom I had helped, many years ago, with rescuing her grandmother’s old Omega after she had inherited it. It came well worn but in honest condition. I took it to my watchmaker who serviced the watch and got it back up and running. I was happy not to have to explain to Nina why it’s best to keep it all original. She already knew. It all made a bit more sense at that moment. Someone in her field of work would know the value of originality when it comes to an object from the past. 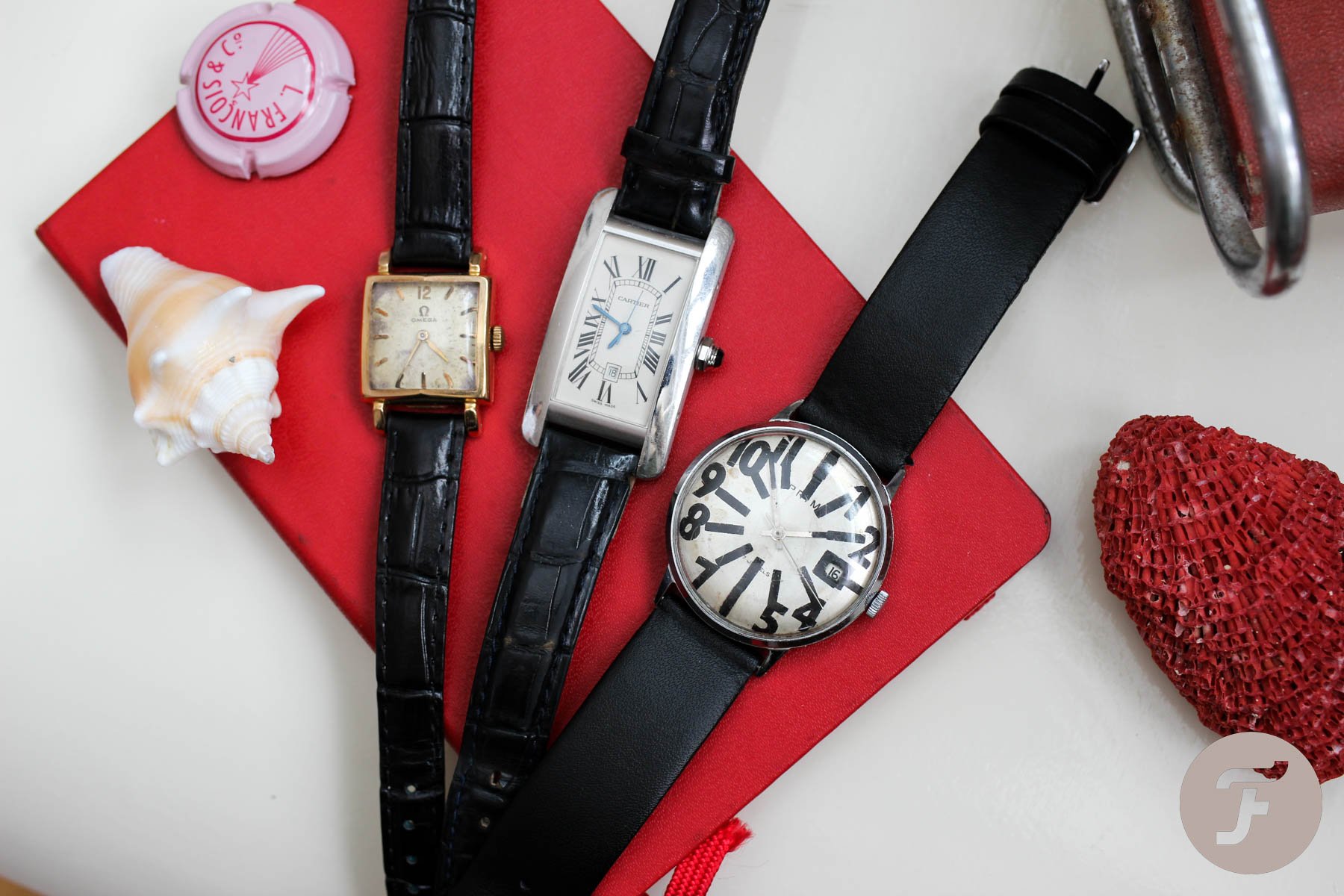 Nina has a fine taste and an even finer attitude when it comes to watches. She doesn’t care what other people think about her watches. “When people scan you, they mostly appreciate more well-known brands. Such curiosities usually spark indifference,” said Nina. Imagine, a curator and auctioneer of the most respected Slovak auction house could — and some would even say should — stroll around the city in a Cartier or an Omega. Instead, she chose this shockingly unusual Prim with a DIY dial instead. A watch with a low, potentially non-existing market value. I think my opinion on the matter is quite clear: I love it.

But let me know what you think!