How many different hand styles do you know? Well, listing them off could keep us here all night. Yet, if you’re anything like me, you can’t stop staring in wonder when you see Juvenia Architect “Protractor.” It is unprecedentedly innocent, simple, amusing, different, and powerful all at the same time.

I promised myself that on #TBT, I would only feature watches I’ve worn or watches that come with a personal story from one of you, the Fratelli. The reason was simple: wearing a watch is a highly personal and emotional experience. When I do the writing, I try not to be factual but rather to convey the true sensation — how it is to wear a particular watch and why it feels so different than anything you’ve ever tried. 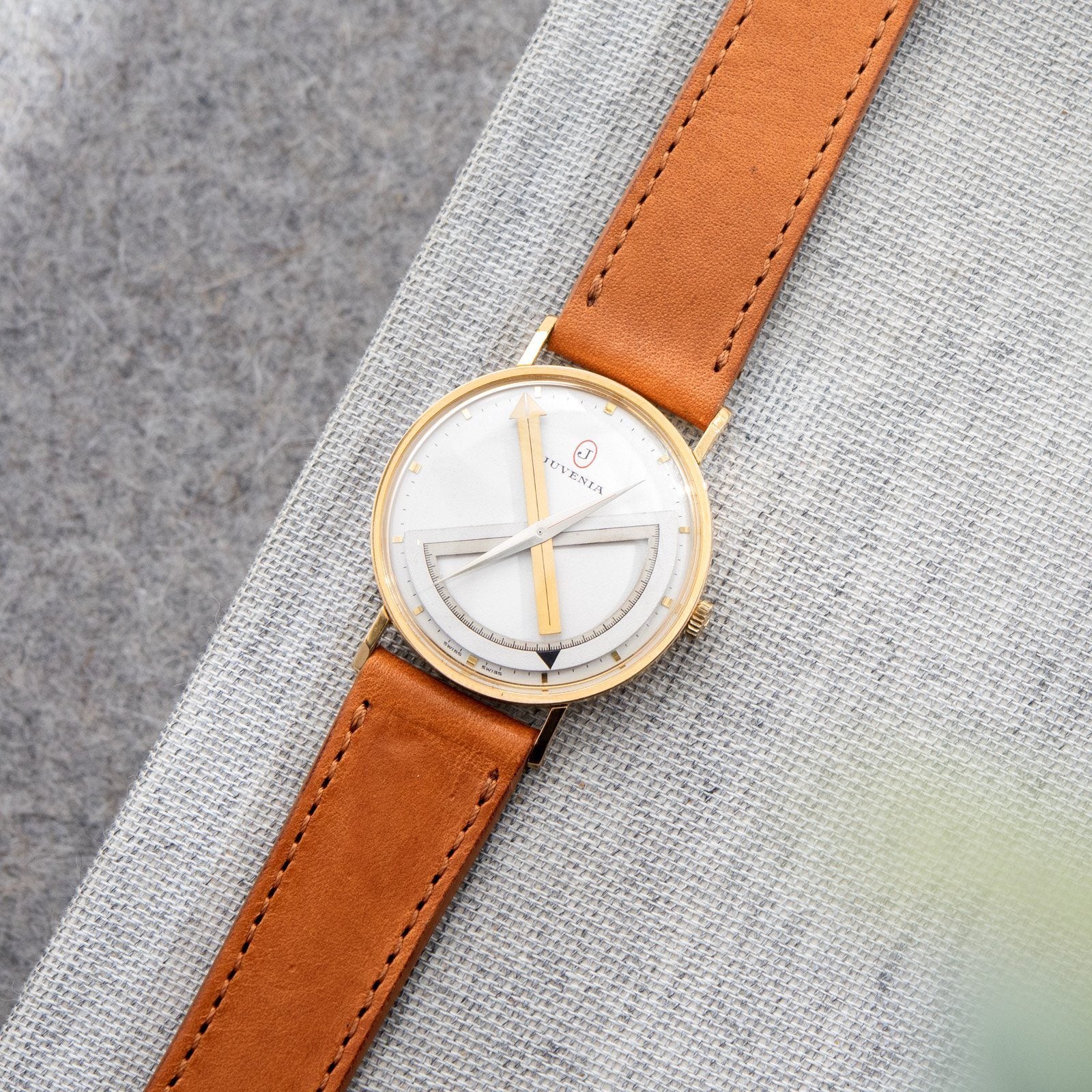 The Juvenia Architect “Protractor” has been on my wishlist for quite some time. The problem is that it’s a very hard watch to come by. And believe it or not, prices for that tiny 34mm time-only watch can easily climb from €3,000 to €5,000. As I have run #TBT for almost four years, I simply decided to break the code and feature a watch that I have never tried. I don’t know anyone that has one. Maybe one of you has one in a drawer and will be willing to part with it. That would surprise me, but hey, you never know… 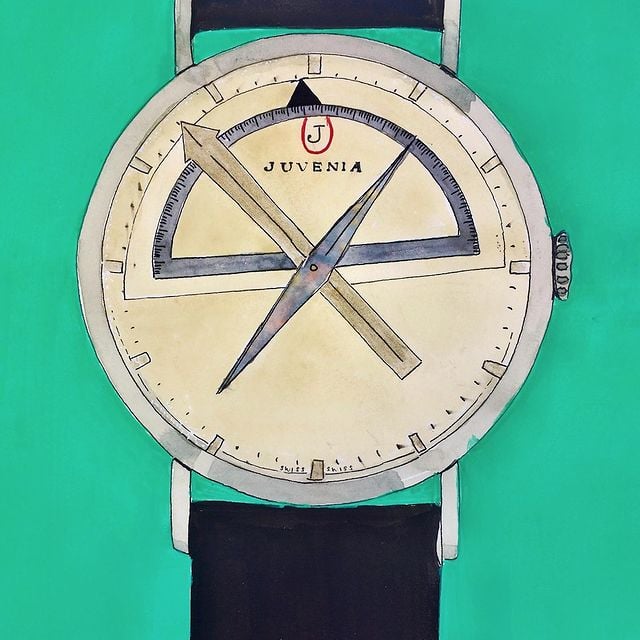 What exactly is the Juvenia Architect?

This is the first time that I’ve ever posted a drawing of a watch. I found it while researching the Juvenia Architect, and I liked it. In a way, it encapsulates and underlines what makes this watch so different. Some may see it as art, and some may call it avant-garde. What I see is an almost childish innocence. The crossing of worlds. Interlinked objects that are light years away. Of all the objects I’ve seen being implemented into watch hands, the Juvenia Architect’s proposition is the most daring. 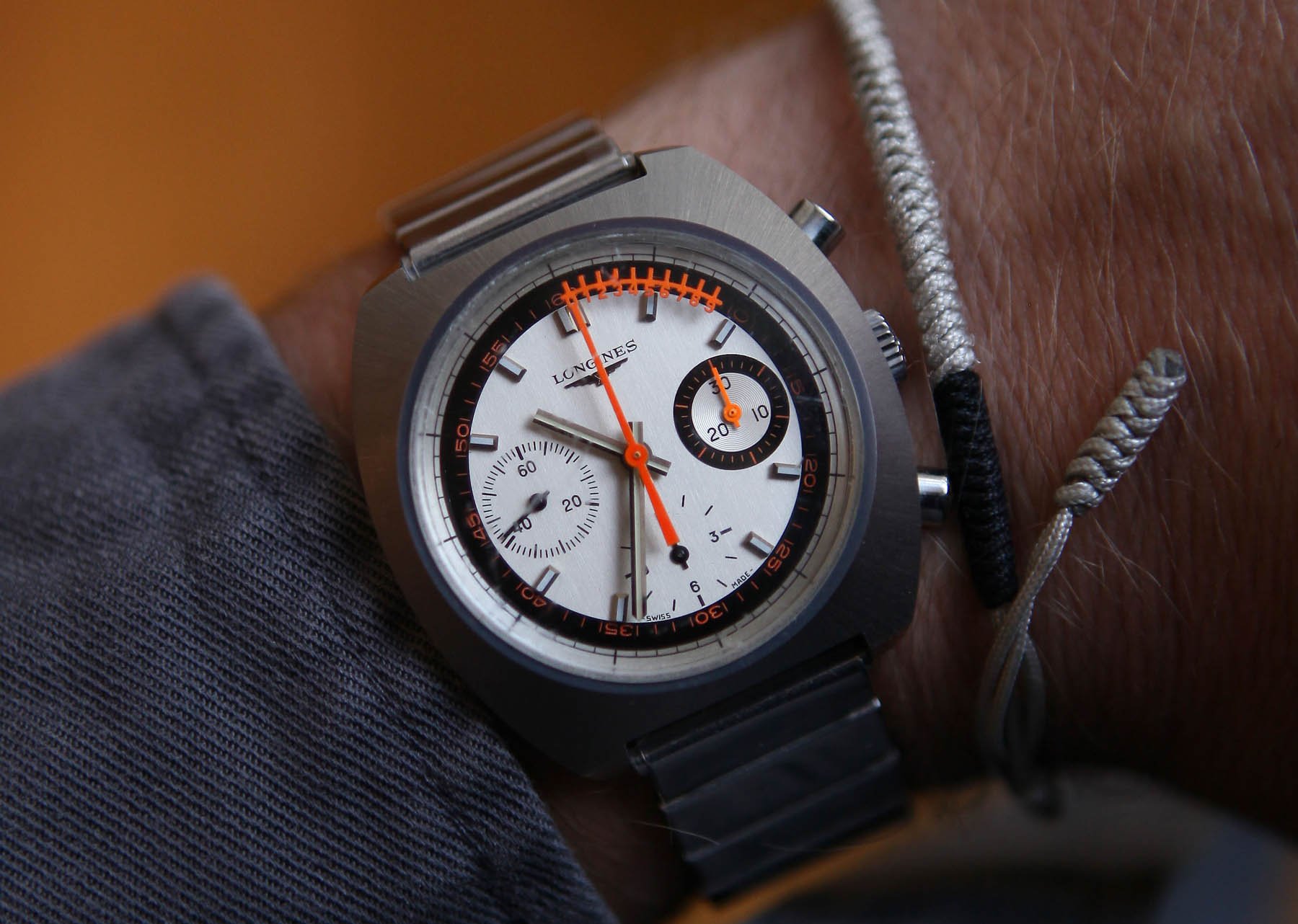 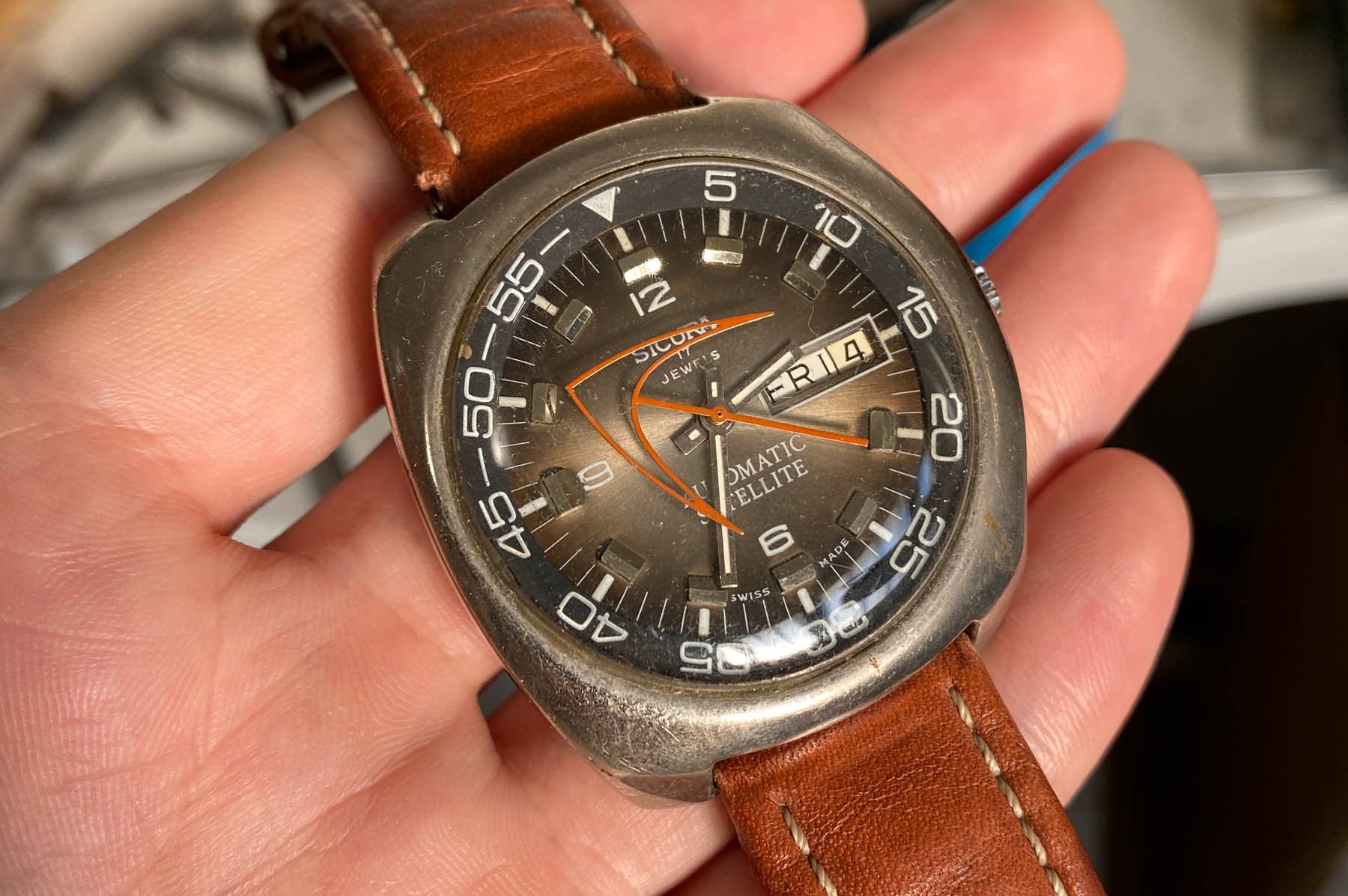 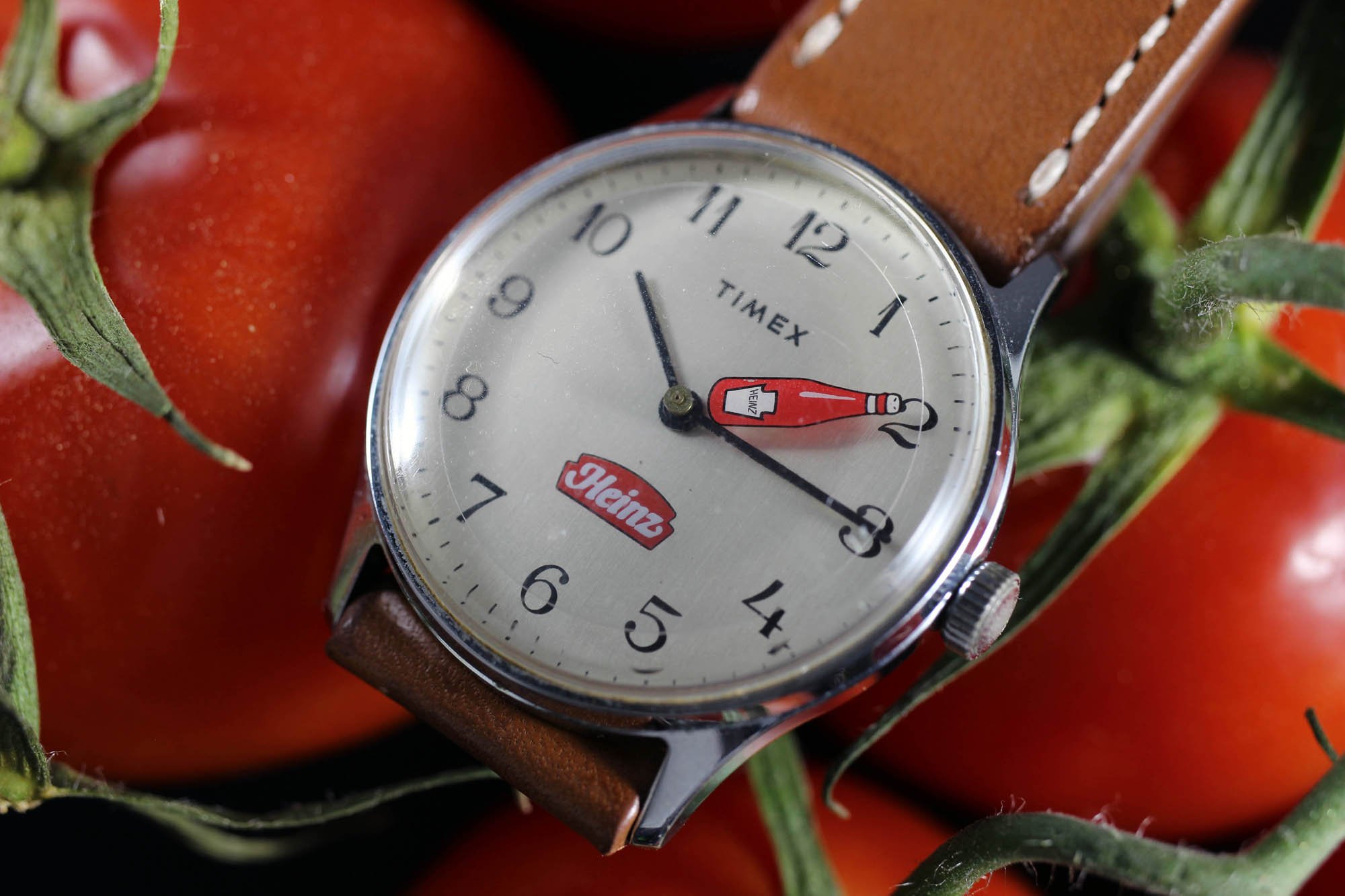 And I have seen quite a few unique hands in my day. How about the Longines Nonius Flyback and its “numbered comb” chrono hand, or the Sicura Satellite with its fish-like central seconds? There’s even my beloved ketchup bottle on the Timex Heinz. Do you know what all of these have in common? They are, more or less, solitaires. Each object leaves a remarkable impression because each hand is in strong contrast with the rest of the dial. They are all shining. But they are self-serving. And they are lonely.

That does not apply to Juvenia Architect “Protractor”, which was introduced around the beginning of the 1960s. From the style, size, and positioning of all of the previously mentioned objects, yes, you could still call them “hands”. But the Juvenia Architect crushes the watch-hands concept to dust. Instead of hands, it features three lifelike tools that will mess with your mind. I dare say that if the teacher gave a pop quiz, half of the students couldn’t say which one is the hour hand. 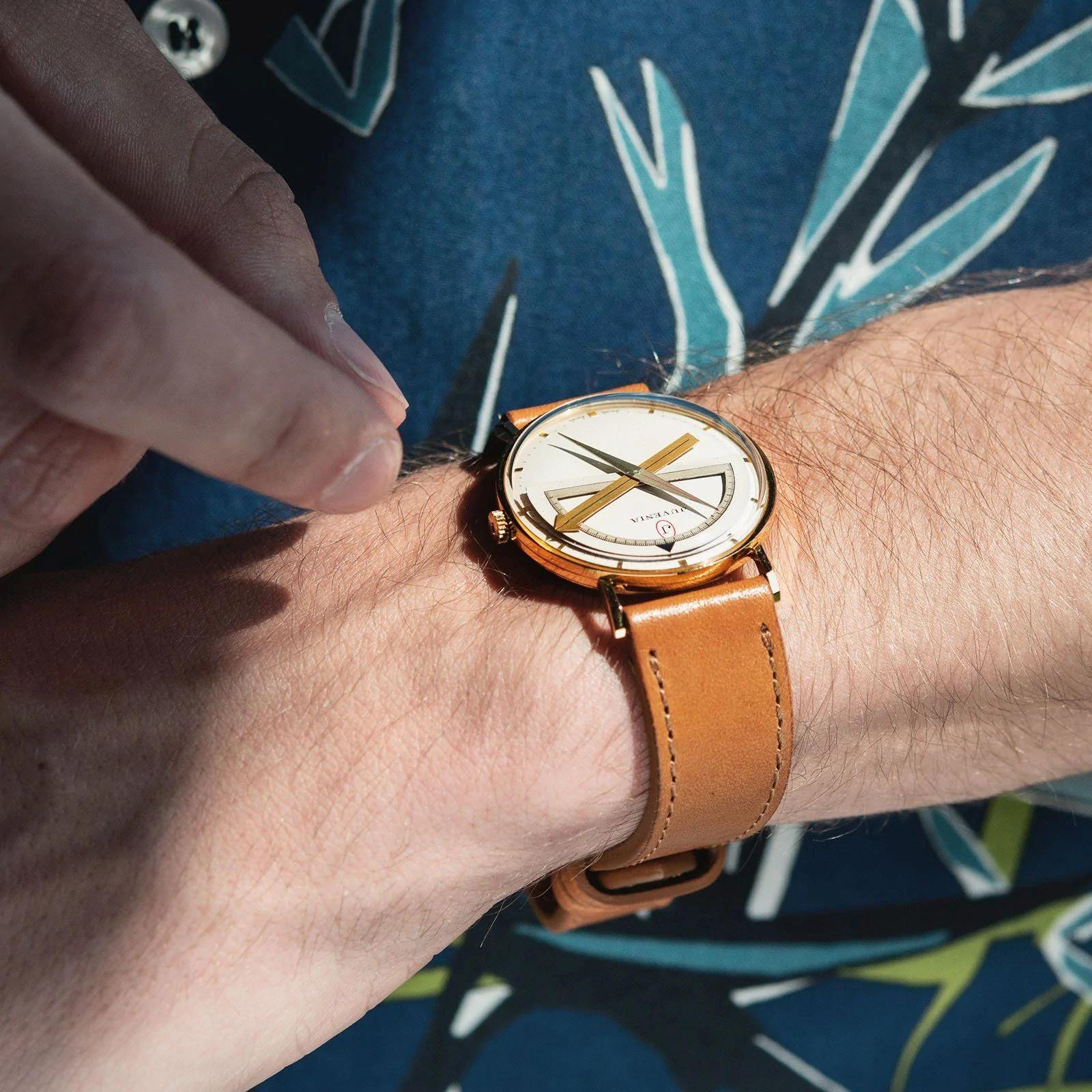 And that is the beauty. When you look at the dial for the first time, you are not sure if you are looking at a watch or your daughter’s desk. The ruler and the protractor seem so real that they ruin all previous watch stereotypes. The dial is so full that I struggle to believe this is only a 34mm watch. Now is that moment when I don’t feel comfortable writing about a watch I’ve never worn. I am endlessly curious how this works on the wrist. 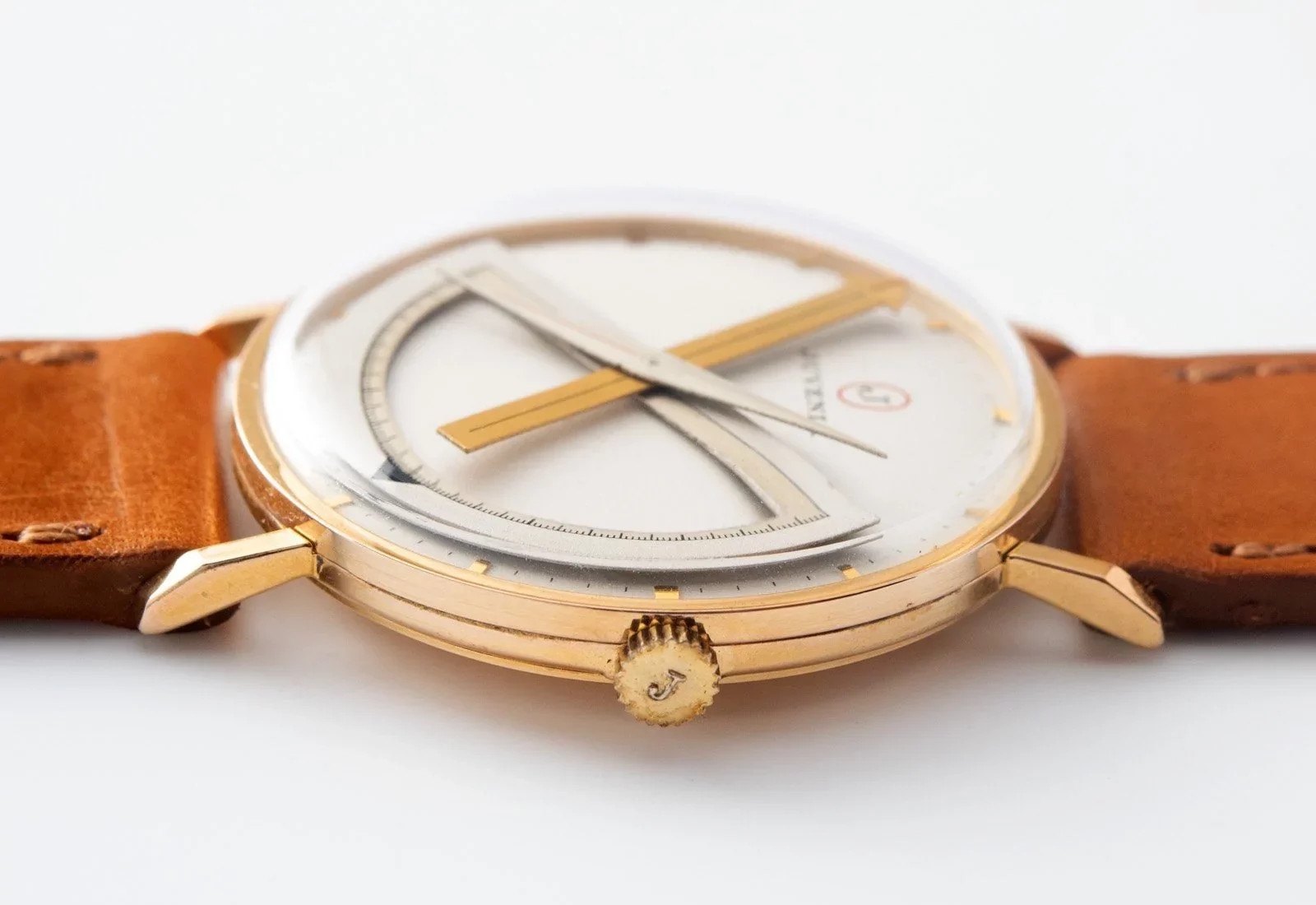 Did you figure out the answer to that pop-quiz question? As we know, on nearly every watch, the hour hand is the smaller one. It moves at a slower pace than the minute hand, almost as if it is more mature and grounded. But the layering here is a big hint. After all, an hour hand sits the closest to the dial.

In contrast to the usually decent hour hand, here, it’s not the ruler but the protractor. A full circle cut through, the protractor swallows half of the dial. And it’s surprisingly real. If you look at it closely, you can see two contrasting finishes on its surface. It looks like it was compiled from two different objects. It’s pretty complex for what it was supposed to do — point to the hour. 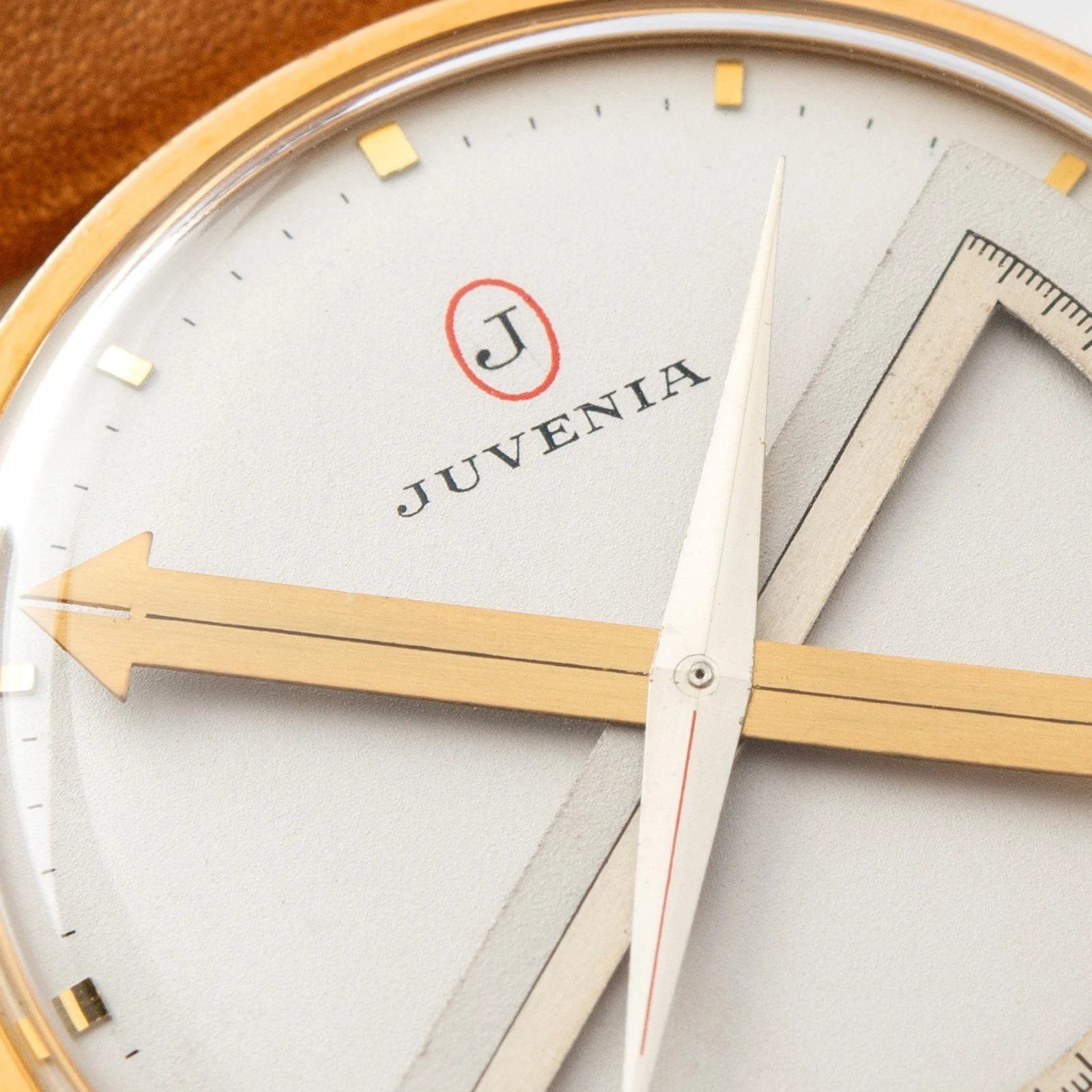 You can find them on each of the time-telling tools. One is visible on the protractor and also on the ruler pointing to the minutes. The precisely cut tip of the arrow is another example of careful design. The third important line is also visible on the perfectly balanced “magnetic needle” in the center. On most watches, the second hand is usually half-size with a clear tip and toe end. Here, it is only a thin red line that suggests where to look. My favorite detail? The thin red oval around the “J” above the Juvenia brand name. Above, you see one of my all-time favorite shots of the Juvenia Architect “Protractor”.

I see why it’s so expensive…

Celebrity check. No matter what you read about the Juvenia Architect, I bet you’ll find a brief mention that Johnny Depp wore one on the cover of the January 2008 issue of Esquire. Regardless of how much you like Depp or not, the fact that he was spotted with a Juvenia Architect is pretty interesting. Not that Johnny Depp isn’t extravagant enough to wear one, but I would not expect such a tiny hidden gem on his wrist. 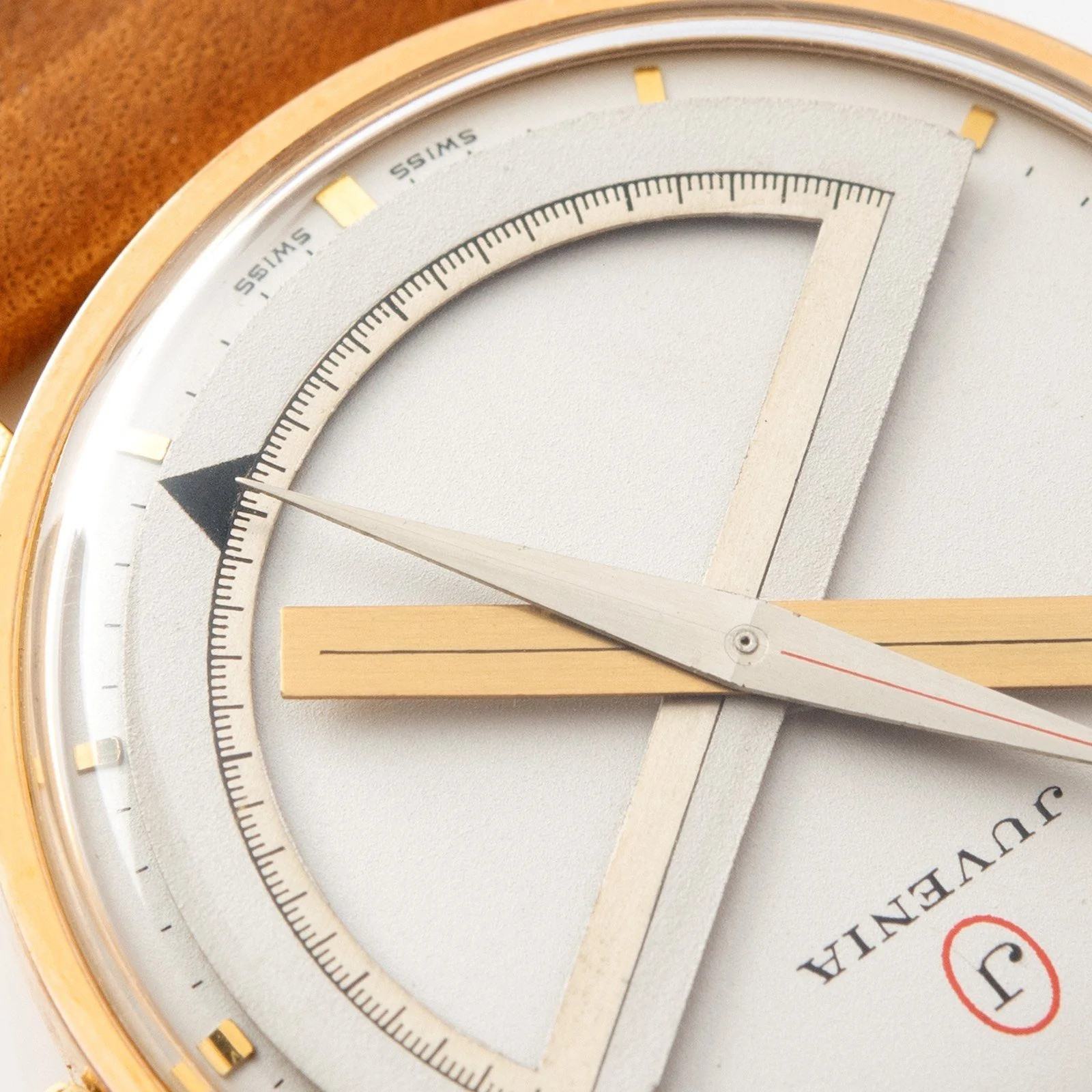 Last thoughts on the Juvenia Architect

If you look into your drawer and accidentally find not one but two Juvenia Architect “Protractors”, please, I’ll take that one in steel. You’ll find mostly gold-filled examples online, but the cool contrasting steel is incomparably better. There were also multiple dial color schemes, which were quite individualistic. I’m not sure if I want to mention that there is also a modern reborn 40mm version of the Juvenia Sextant, but feel free to dig more into that one if you’d like. I guess I will stay stick to the vintage one. Happy hunting to myself!