With a rich automotive history, the (TAG) Heuer Monaco has always been linked to racing. So if you’re thinking of a special, haute horlogerie version of the Monaco, nothing beats incorporating components from the race industry in a watch! TAG Heuer came up with a new way to ‘drive’ their Monaco. After 5 years of hard work, the patented belt-driven Monaco V4 has crossed the finish line back in 2004.

10 years later, during the 2014 Baselworld exhibition, TAG Heuer presented us the evolution of this award-winning (including best design award and Red Dot award) watch, the belt driven Monaco V4 Tourbillon.

As we take a look at the front, the first things to notice are the two v-shaped bridges. These bridges are made from steel, bevelled by hand, fine-brushed and finished with a black coating. The largest one is holding the belt wheels. When you take a closer look at the belts, it shows how incredibly tiny these actually are, with a thickness of 0.07 mm only. 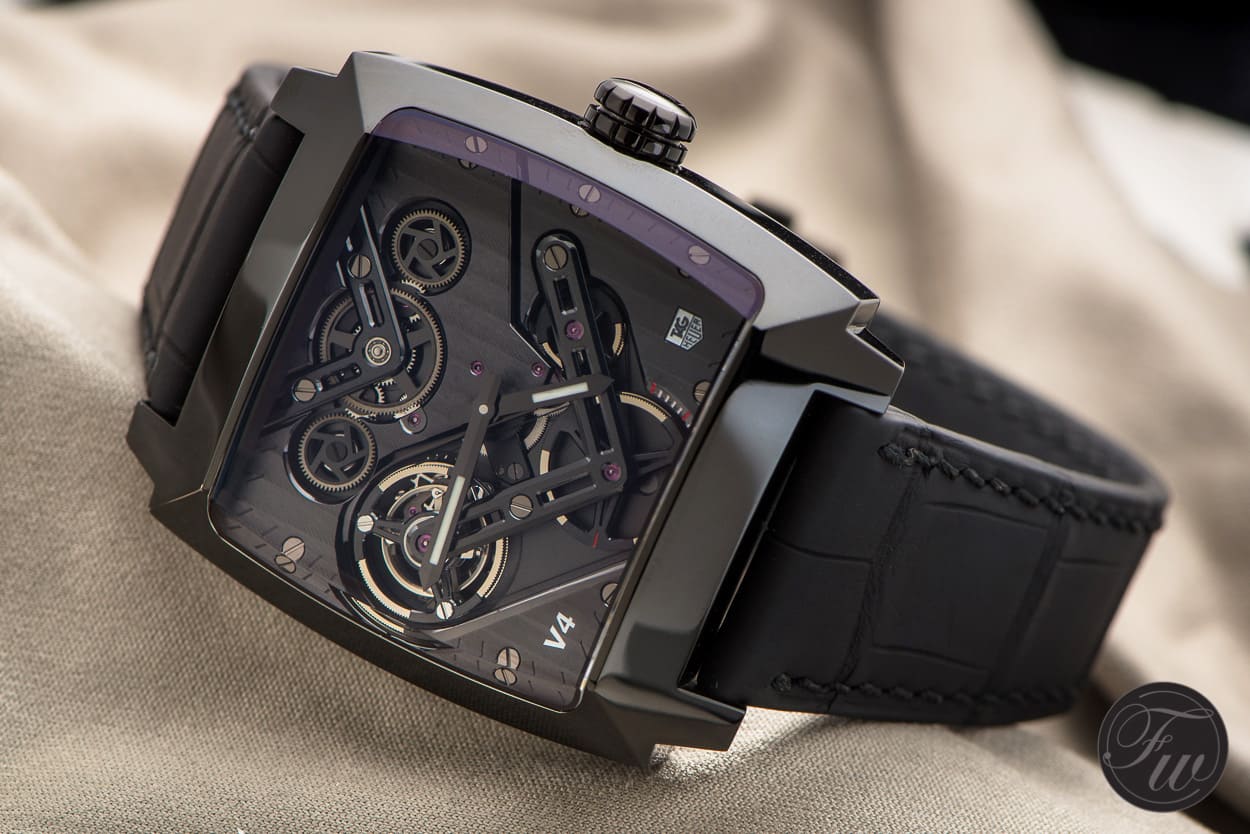 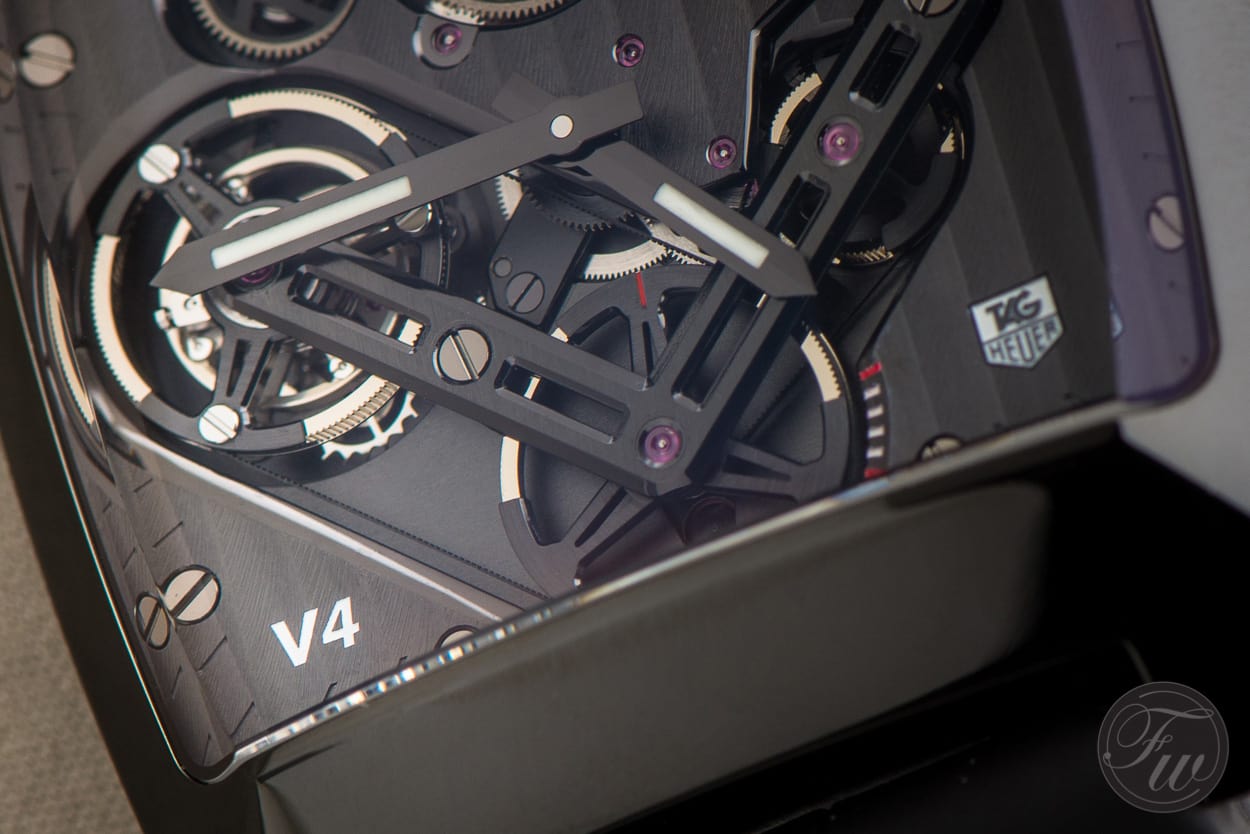 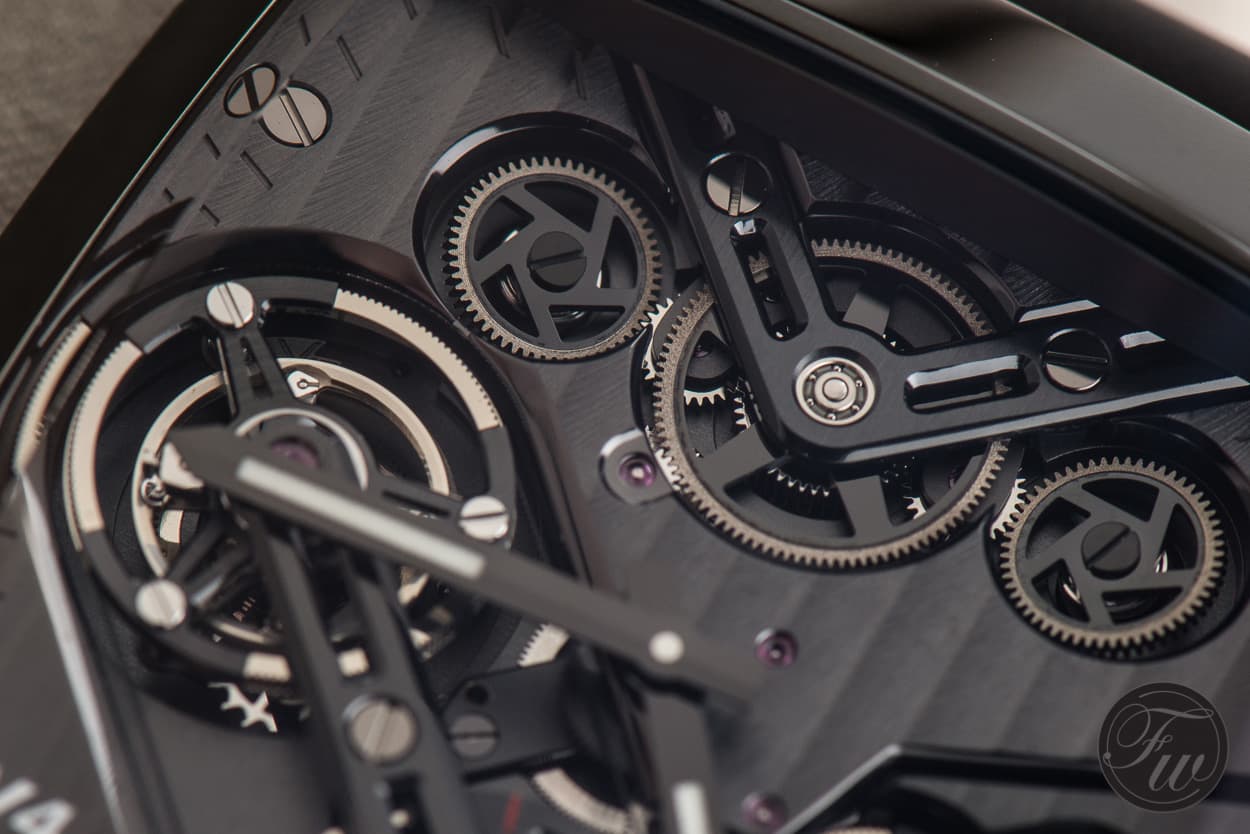 The tourbillon cage is located at the 9 o’clock position, placed underneath the belt wheel thus making it less visible. It makes a full rotation in one minute. 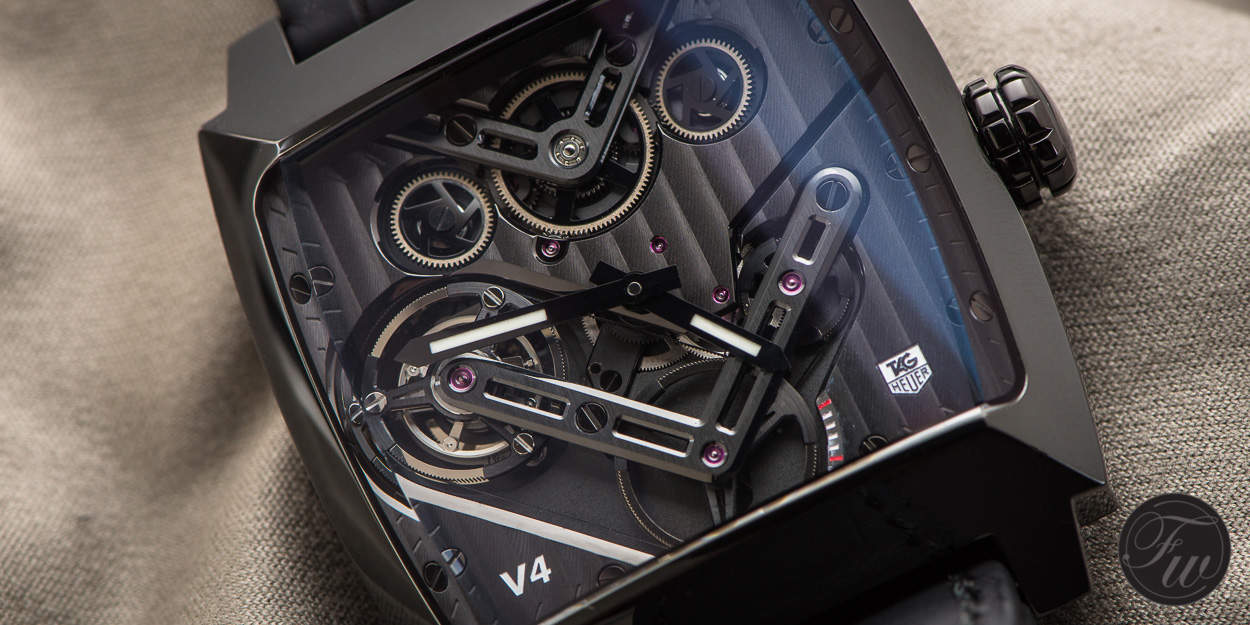 Unlike most automatic watches the V4 is powered by a (patented) linear mass, which is visible on the back side of the watch. Made of tungsten, a metal that is most known from it’s use in light bulbs. This lingot shaped weight moves up and down on a rail  system, located between two pairs of barrels that are angled at ± 13 degrees, like the cylinder of a racing engine. Each set of barrels is linked by a single belt, with internal steel reinforcement wire. 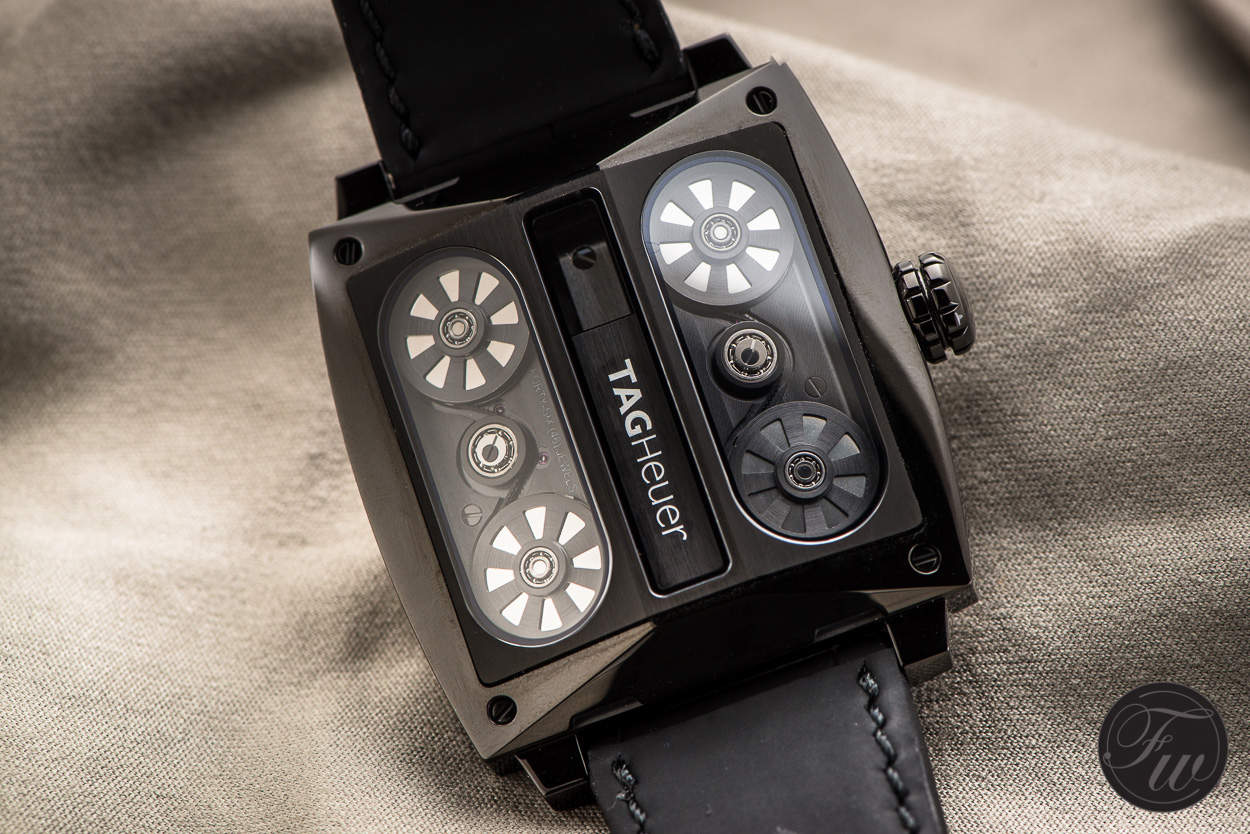 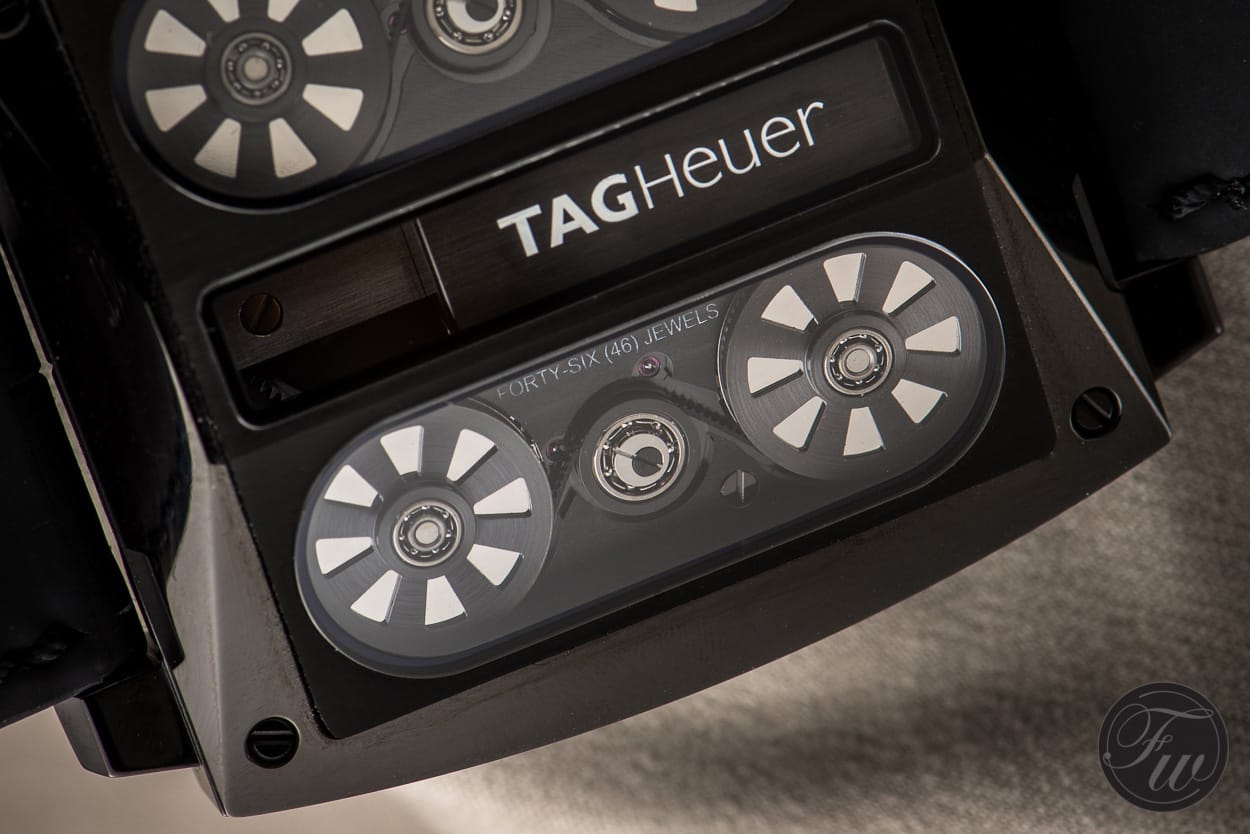 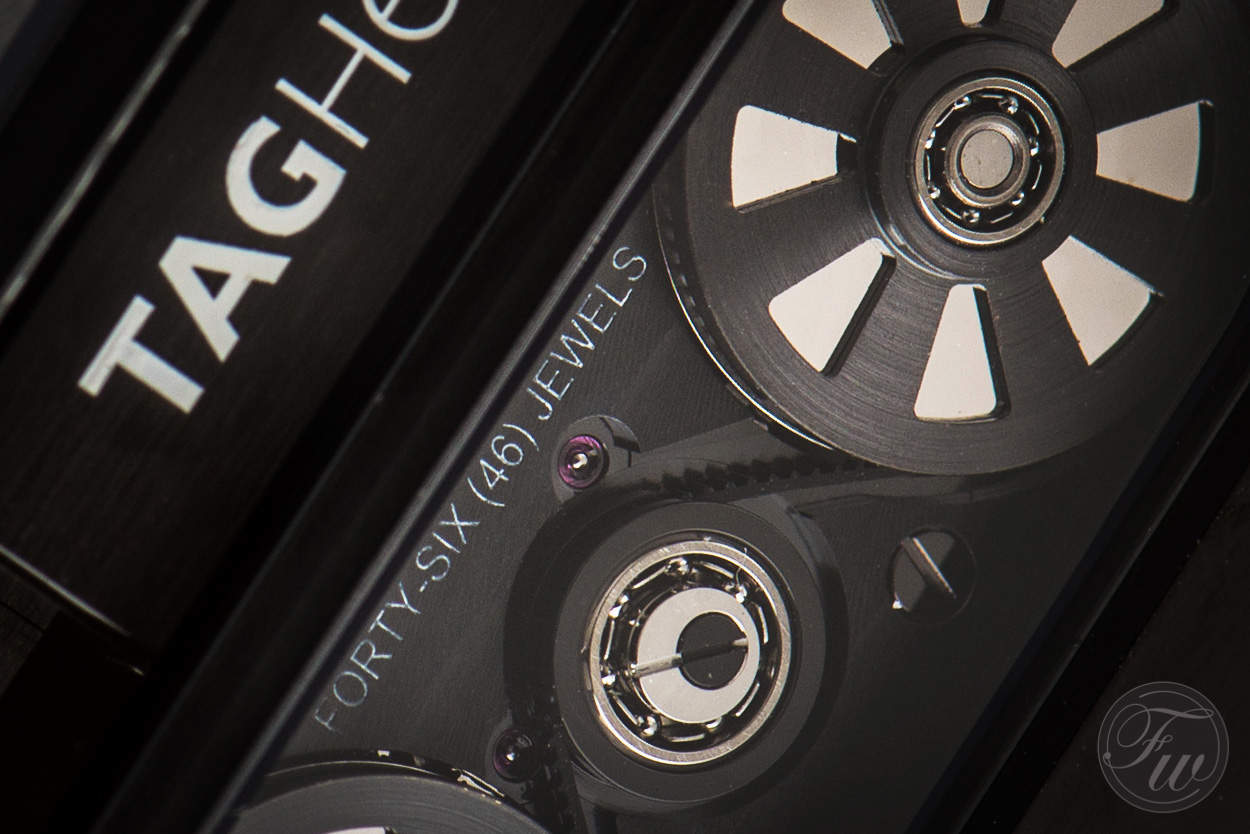