Several years ago, (and probably in development long, long before that) – Girard-Perregaux released a series of watches called the Operas. As the name suggests, all boasted musical complications. They were available – and I believe some still are – with various dials and case materials. 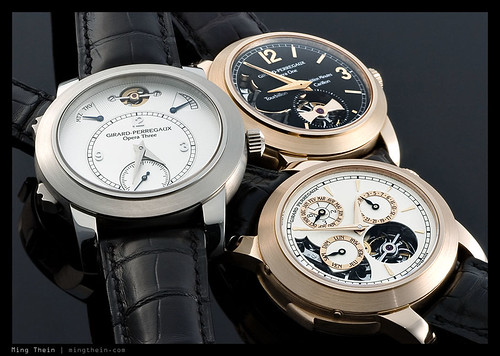 Family portrait. All images can be clicked on for larger versions

In 2005, I was lucky enough to be granted some lens time with the prototypes of these pieces several years ago by the local distributor. The astute viewer will note that the time isn’t set to the usual 10:10 on these; some watches had blocked hands, balances or crowns, though all of the striking works were functional. 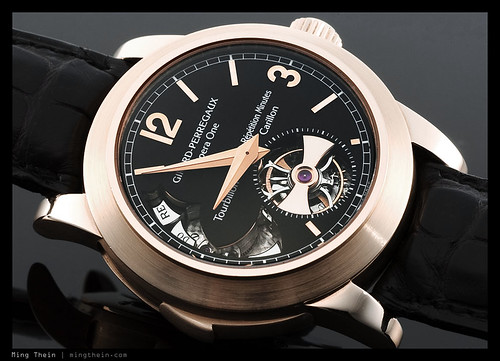 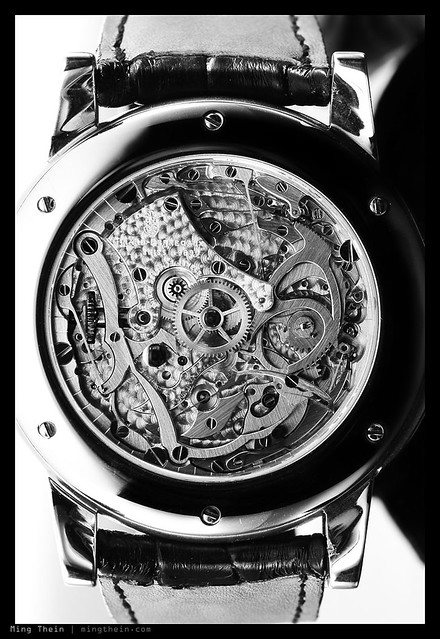 Opera One is a minute repeater with Westminster chime on four gongs; it is activated by the usual slide on the left of the case. When activating striking watches, it is important that the slide is moved as far as possible to avoid a jammed movement. Likewise, the slide should not be touched until the watch has stopped chiming and the striking regulator can no longer be heard. It also has a tourbillon escapement, some variants which are housed under GP’s traditional three golden bridge architecture. The movement is a GP9899, manually wound, with a leisurely 3hz beat rate and 75 hour power reserve. 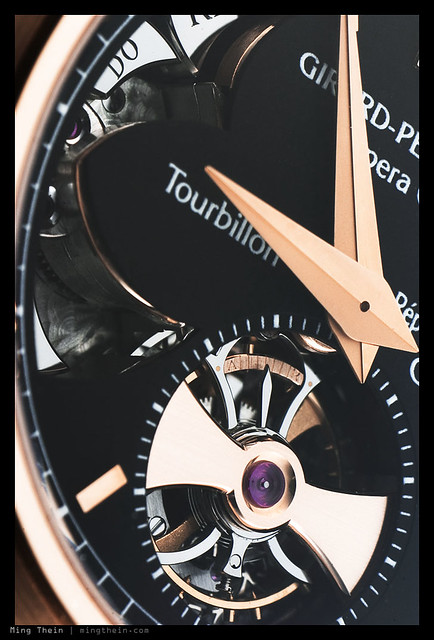 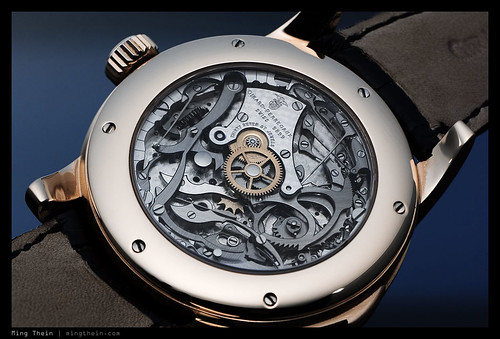 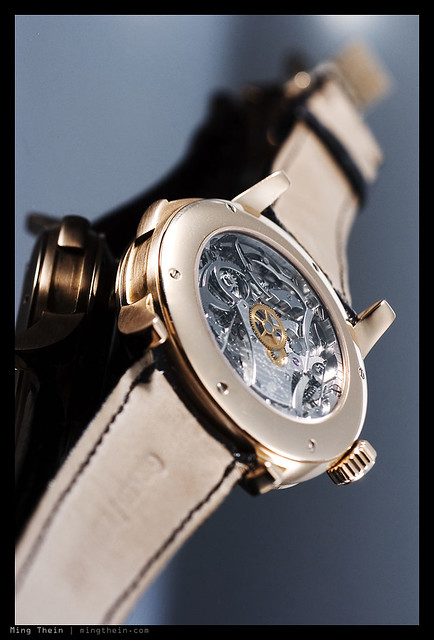 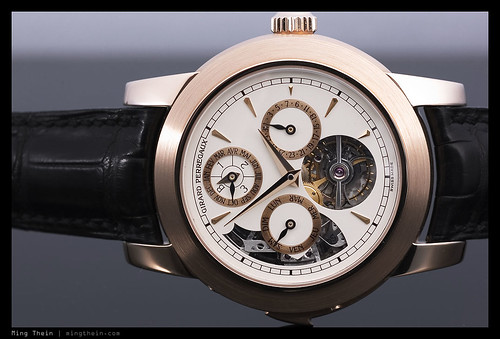 Opera Two is based on Opera One, but adds a perpetual calendar to turn the movement into the GPME0980, which is also manually wound. Owners must take care to wind this timepiece daily to avoid the calendar failing to advance. It too has a 75 hour power reserve. I distinctly remember this piece sounding slightly different to the Opera One, though whether the cause was due to sample variation – very possible with the handmade spiral gongs – or the additional volume in the case to accommodate the perpetual calendar module, I cannot say. 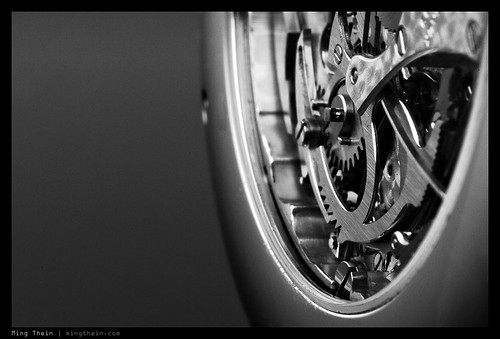 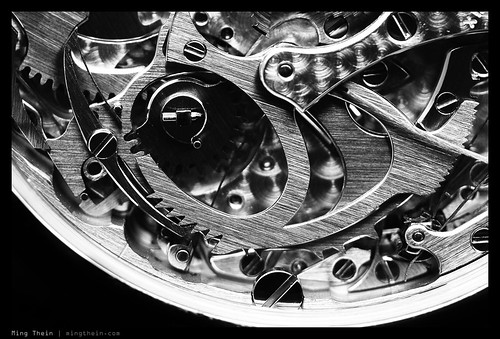 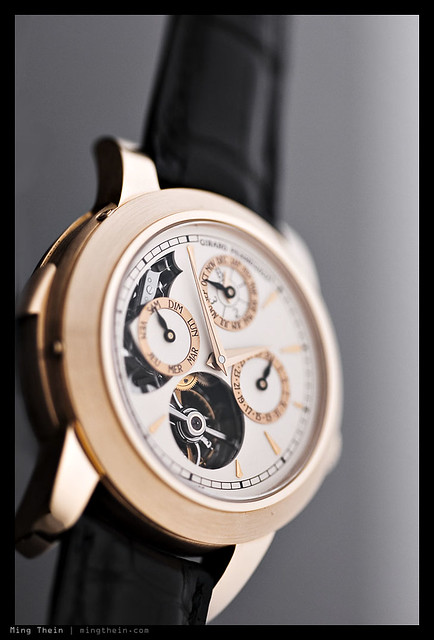 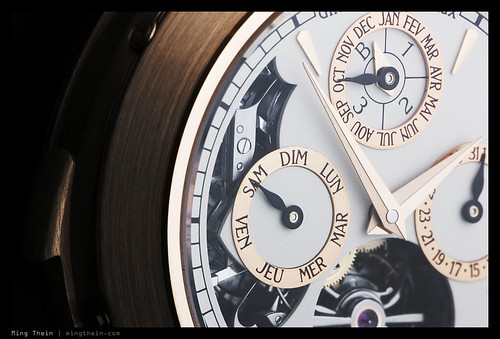 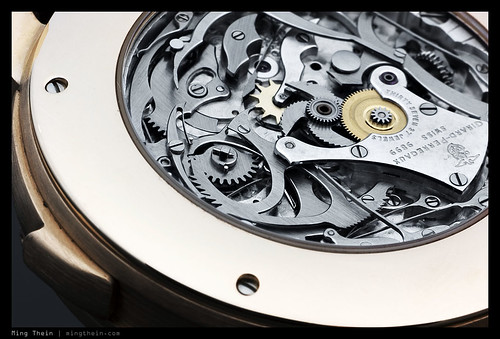 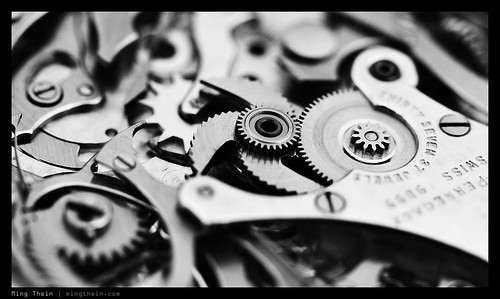 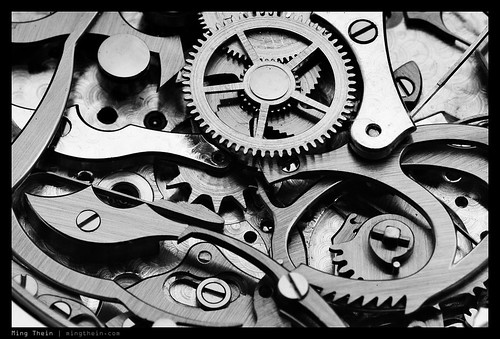 I just love the abstract forms and geometry in the movement; it’s even more incredible (striking?) when in motion. 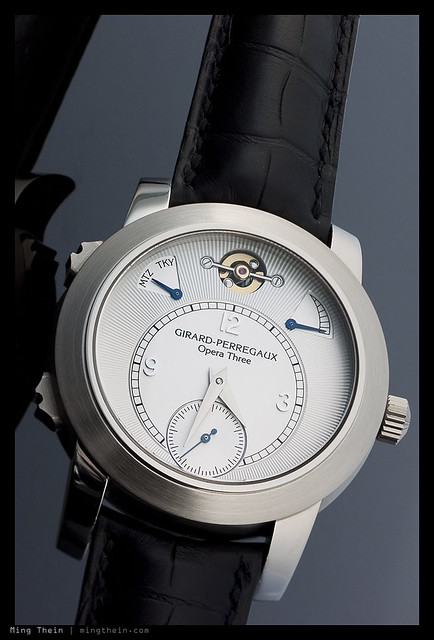 Let’s move on to the final piece. In some ways I feel it is the simplest of the three, but also the most enchanting. It doesn’t have a minute repeater mechanism, traditional gongs or hammers; instead, the Opera Three contains a music box with two melodies; Mozart’s ‘Ein Kleine Nachtmusik’, or Tchaikovsky’s ‘No Great Love’. The melody can be chosen with a switch on the side of the case, with the corresponding selection displayed in a little segment on the dial to the left of the governor. The watch can be set to play the music hourly, or on demand; the music box itself is driven off a separate barrel that is wound by turning the crown in the opposite direction to winding the timekeeping train. Both melodies are replayed with a series of offset pins set into a drum at different heights and intervals; these pluck at a keyboard of 20 metal strips which in turn resonate and generate the required sound. It isn’t loud, but it is instantly recognizable as the intended tune. The escapement is a conventional Swiss lever, with a more common 4hz beat rate and 50 hours of power reserve. 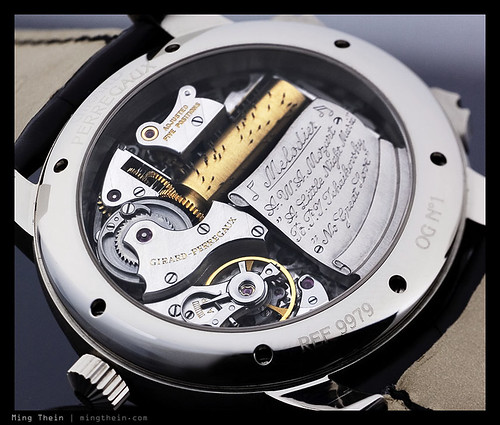 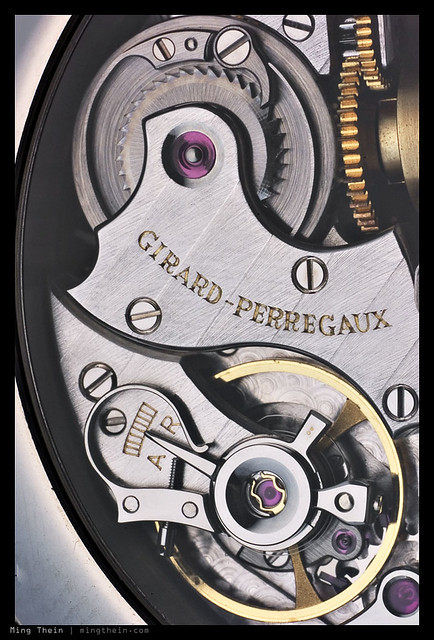 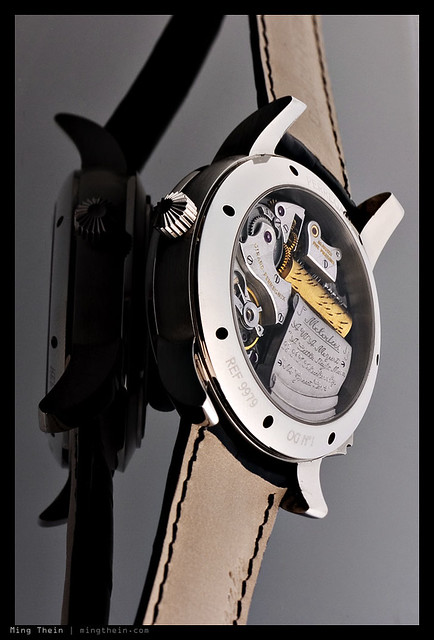 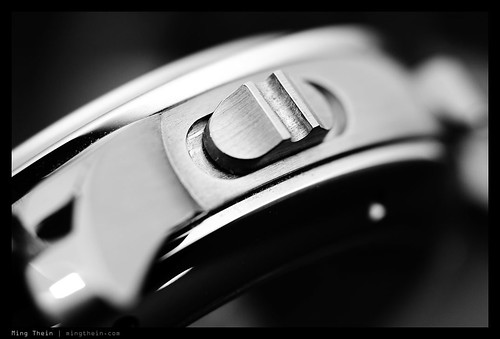 All three watches share extremely high quality finishing – especially considering these were prototypes – with no visible flaws and very even edges even under a 10x loupe, as one would expect at this price point! If I have one criticism, it is that the cases are perhaps not as fine as they could be; this is not to say finishing is poor – it’s excellent – I personally feel the cases are a bit too bulky to convey the delicacy and refinement of the movement inside. Or maybe, the bulk is meant to act as a counterpoint. Still, I would imagine that less massive cases would probably also result in improved acoustic properties. 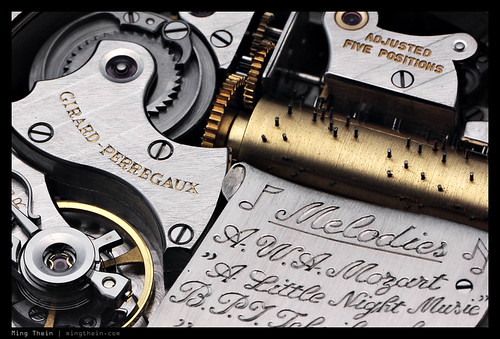 I have to confess that I cannot remember what these watches sounded like, much less attempt to describe them to you. Unfortunately the images were made in the days before HD SLRs, so no video is available. But I do remember feeling that sense of awe and wonder, perhaps more so because the Operas were among the first striking watches I had a chance to examine in detail, and activate as many times as I felt like. And if nothing else, that magic something all striking watches should bring to their owner – whether it chimes for the first time, or the thousandth. MT 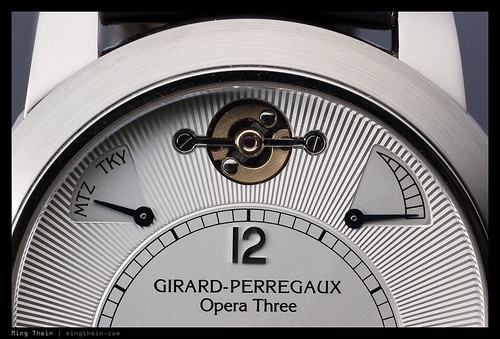 Michael Stockton
14
Read next latest →
Former Feyenoord Footballer Michiel Kramer Sells His Rolex For His Own Safety
Robert-Jan Broer
3
The Best Watch Brands In The World: Which Companies Strike The Balance Between Product And Presentation
Rob Nudds
9
Have Watch Enthusiasts Lost Their Sense Of Adventure? Or Is The Hype Surrounding Brands Like Rolex and Patek Philippe Giving Us Tunnel Vision?
Lex Stolk
5
4 Comments