The illustrious psychoanalyst Sigmund Freud (1856–1939) once wrote that icons are symbolic condensations. He stated that condensation — “Verdichtung” in German — occurs when a single idea (an image, memory, or thought) or dream object stands for several associations and ideas. Could that also apply to physical objects? You could state that the GMT-Master II is an icon. An icon of watchmaking that visualizes luxury, wealth, status, and so on. The world’s most famous travel watch creates iconic consciousness because it creates social value. That’s a big achievement for such a small object. But what happens when something so recognizable, so important, and so meaningful is changed dramatically? It leaves the human brain in complete disarray. Enter “The Rolex Destro Dilemma”. The left-handed GMT -Master II that Rolex presented during Watches And Wonders was a shock to the brain and an attack on the senses. Let’s explore how that was possible.

In 2010, Jeffrey C. Alexander wrote an essay titled “Iconic Consciousness: The Material Feeling of Meaning”. In his essay, Alexander writes, “Contact with this aesthetic surface, whether by sight, smell, taste, sound or touch, provides a sensual experience that transmits meaning. The iconic is about experience, not communication. To be iconically conscious is to understand without knowing, or at least without knowing that one knows. It is to understand by feeling, by contact, by the ‘evidence of the senses’ rather than the mind.”  The Rolex GMT-Master II “Pepsi” is an idea-turned-object — a travel watch — that has, over time, become “… something experienced, something felt, in the heart and the body.” And I dare state that not merely Rolex fans, but the whole watch community would agree with that. 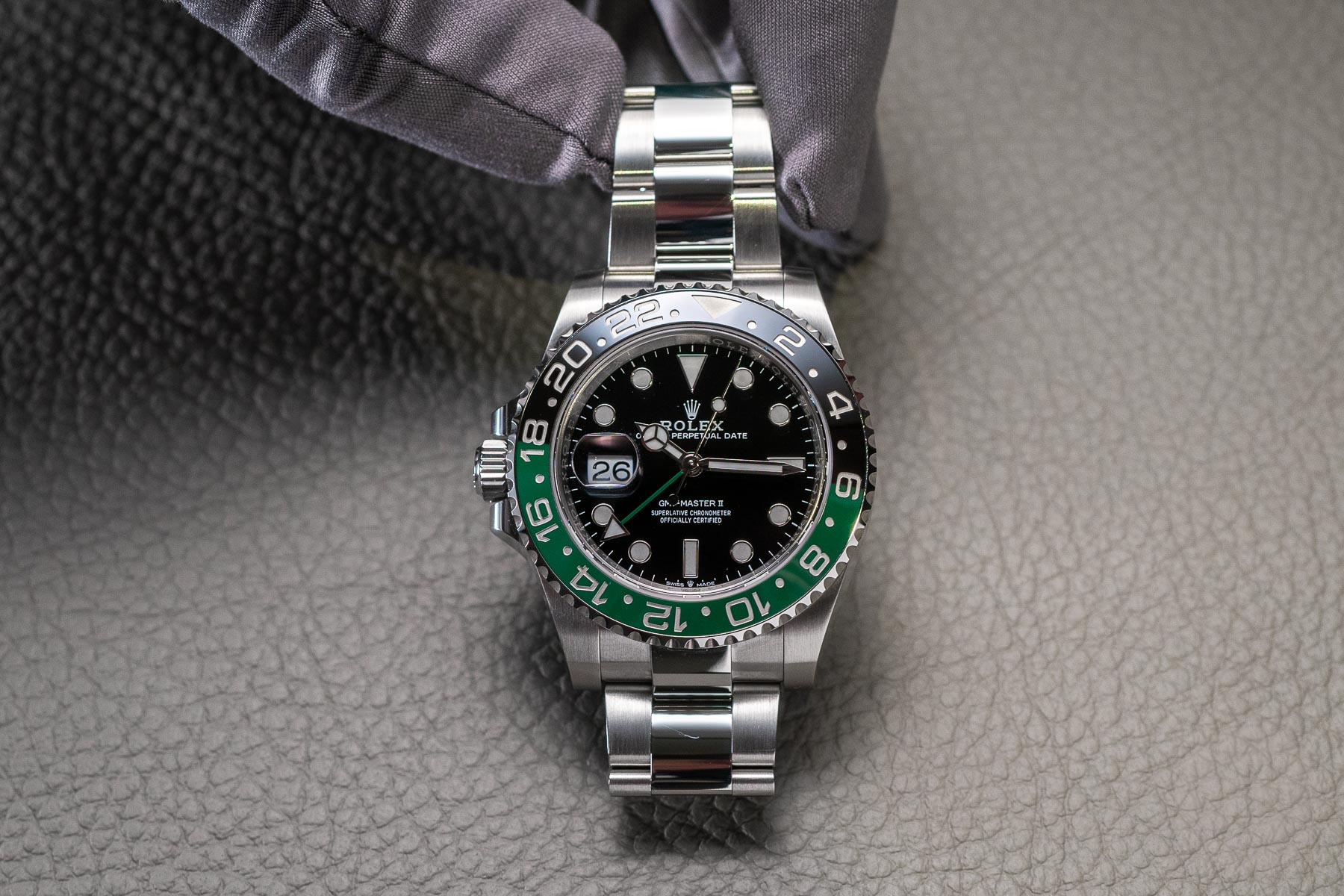 So what happens when, out of the blue, the appearance of such a meaningful icon is drastically altered? At Watches And Wonders, Rolex conducted a grand-scale psycho-social experiment by unleashing the black-and-green GMT-Master II with its crown on the left side of the case. I can tell you from personal experience what it feels like to put a “normal” GMT-Master II on the wrist. I even know what it feels like to wear a not-so-normal GMT-Master II on the wrist — I don’t think the white gold version with the meteorite dial is very normal, but very special indeed. Yet, even a not-of-this-world GMT-Master II still feels right. Just right. It’s the solid feel of the watch and its distinct looks that spark confidence, boost your ego, and tell you stories of adventures. The GMT-Master II is an experience you sense with both your heart and your mind. 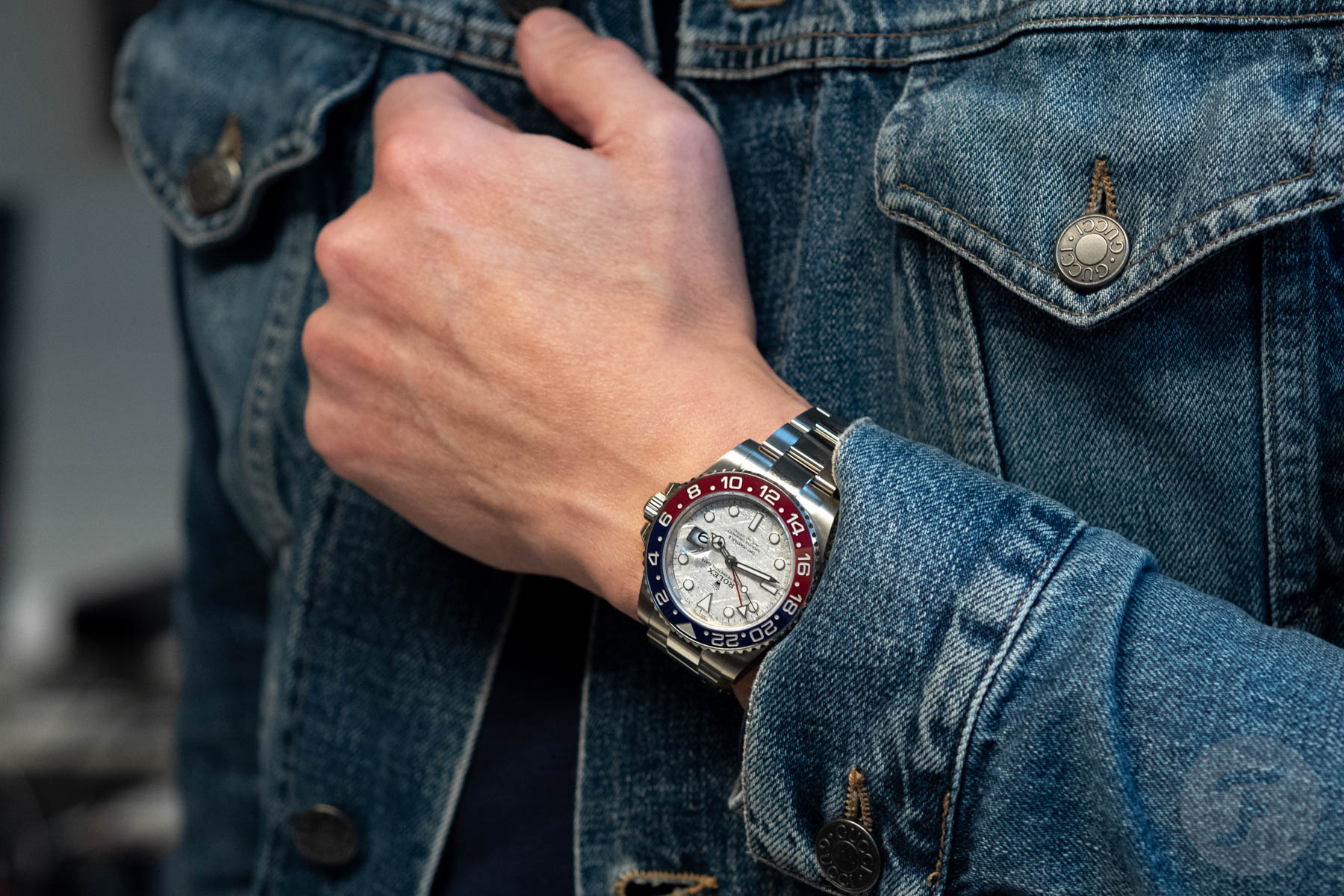 Not your average GMT-Master II, but it also doesn’t cause your brain to short-circuit

So what happened when I put the new left-handed GMT-Master II ref. 126720VTNR on my wrist? Well, simply put, it made my head spin. It’s not the fact that the watch debuts a new color combination of green and black Cerachrom. Blue and black never caused my brain to short-circuit, so why would green and black be any different?

… the picture you made in your head is blown to smithereens.

No, it’s because the watch on the wrist is like a mirror image of something familiar. Your brain is fully ready to perceive something it has seen so many times. Both your heart and mind are “iconically conscious”, so to speak, when you take the watch in your hand, put it on your left wrist, and fold and close the clasp. It’s when you turn your wrist and the watch hits your eyes and your brain that the picture you made in your head is blown to smithereens. 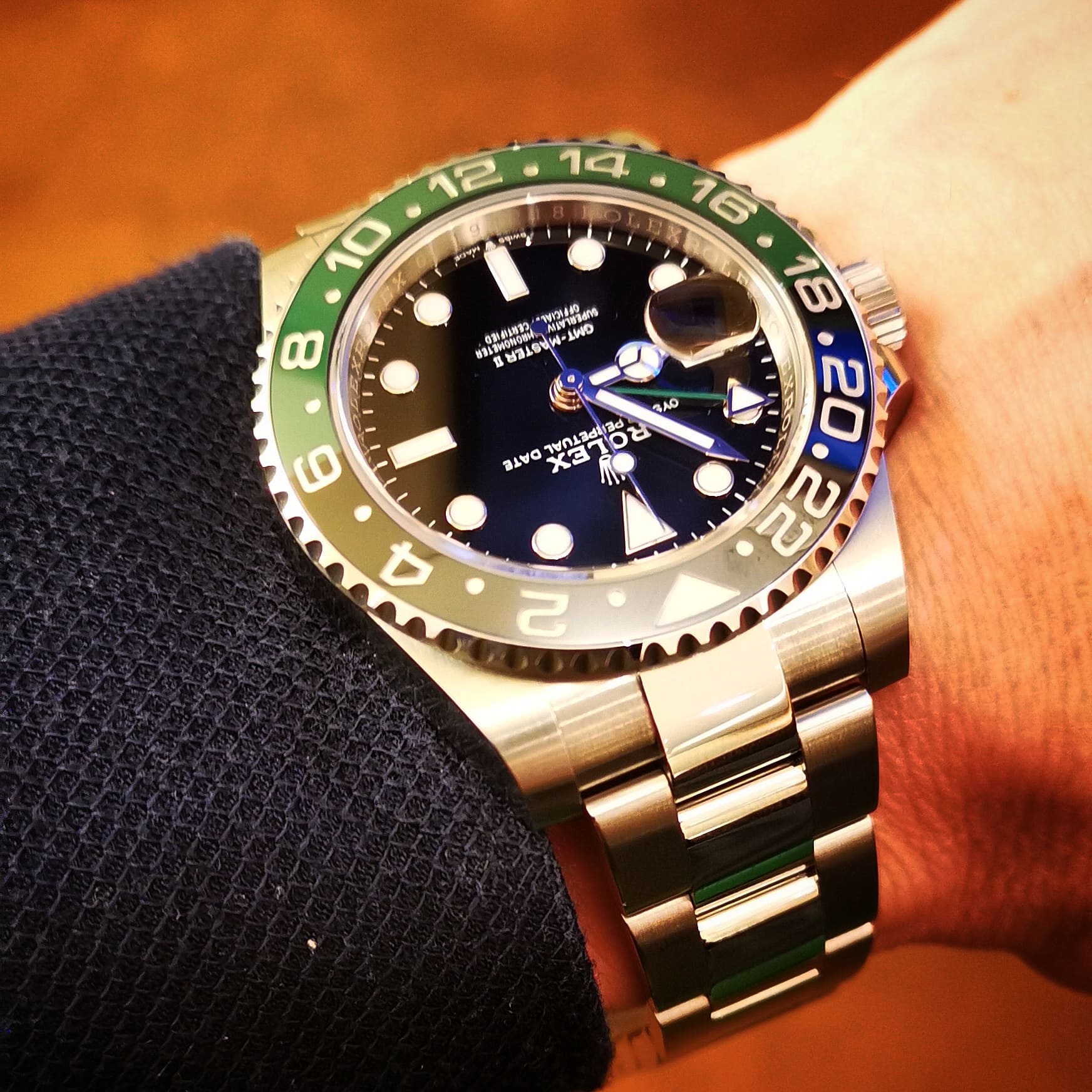 Trying to deal with “The Rolex Destro Dilemma”

A thought experiment set in the Louvre

The Mona Lisa, painted by Leonardo da Vinci between 1503 and 1506, is arguably the most famous painting in the world. The portrait presumably depicts Italian noblewoman Lisa Gherardini and is an archetypical symbol of the Italian Renaissance. The painting, which is property of the French Republic, has been on permanent display at the Louvre Museum in Paris since 1797. Mona Lisa can be seen by over six million people at the Louvre each year, so you do the math on how many people have laid eyes on her since her “birth” in the early sixteenth century. In other words, the Mona Lisa is etched in the collective memory of many millions of people. 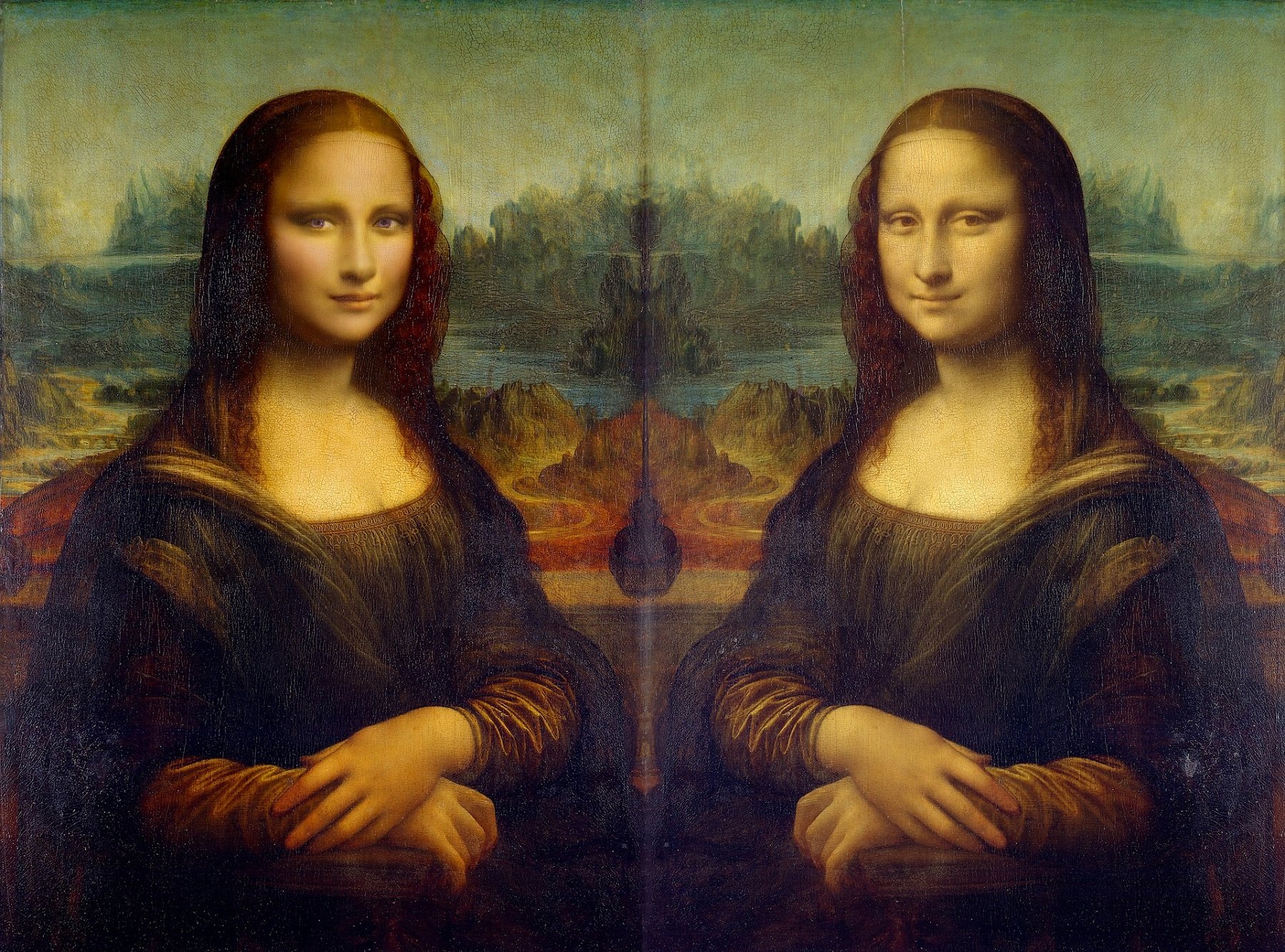 Turning the other cheek

So what do you think would happen if, overnight and without warning, the art experts at the Louvre swapped Leonardo’s Mona Lisa for an updated version of the painting — an evolved version 2.0? A retouched painting where Lisa wears different make-up, has had a bit of plastic surgery done, and now shows her right cheek instead of her left? The public would not accept such a radical change. In fact, most people would not see it as a change. No, they would consider it the vandalization of a unique cultural icon.

Am I comparing the “lefty” GMT-Master II to the Mona Lisa? Yes, I am. This is my Dan Brown moment. I know the Rolex watch is not a piece of unique art. Rather, it’s a mass-produced luxury object. Still, even though the GMT-Master has seen several cosmetic and technical updates since its inception in 1954, it always maintained its visual integrity. The new GMT-Master II ref. 126720VTNR is like Mona Lisa turning the other cheek. And that’s highly disturbing. 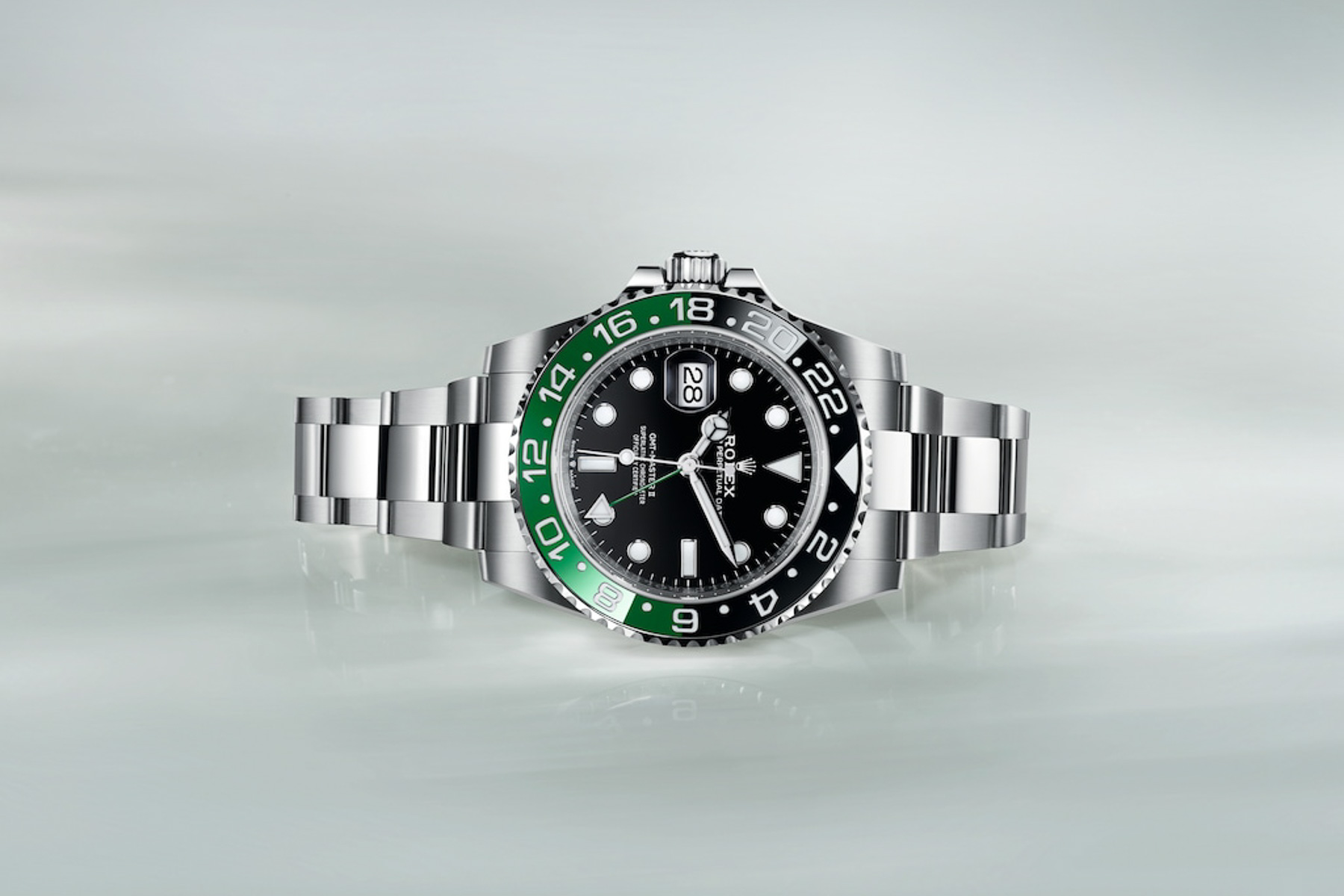 … I urge the good people of Rolex to end the GMT-Master II experiment immediately.

One might suspect that the new watch is a large-scale field experiment conducted by Rolex to test just how important the GMT-Master II is. Not just as a watch, but as a symbol. Well, the result of that experiment must be “very important”. And with that said, I urge the good people of Rolex to end the GMT-Master II experiment immediately. You made your point and proved your case — we can’t live without the watch. Just stop.