We all know I’m a lucky guy. If you follow Fratello, you’ll know I get the chance to do a lot of fun things that, without my role on this team, would simply be inaccessible for me. But my luck didn’t start when I came to Fratello, oh no. It had been in full force for years! One of the luckiest episodes of my life came during my time working for NOMOS Glashütte, training the brand’s growing retailer network in North America.

As a devout Americophile, traveling the States was a dream come true. The friends I met over there remain close contacts that give me insights into a very different retail landscape. One of those contacts was Topper Jewelers of Burlingame, California. Proprietors Rob and Russ Caplan are characters. You don’t forget working with guys on this level too quickly. They’re enthusiastic, genuine, passionate, and three-quarters bonkers. I was lucky enough to host a couple of meet-and-greet events with the boys, and I got to know their faithful customer base in a relaxed (it’s always relaxed at Topper’s) atmosphere. 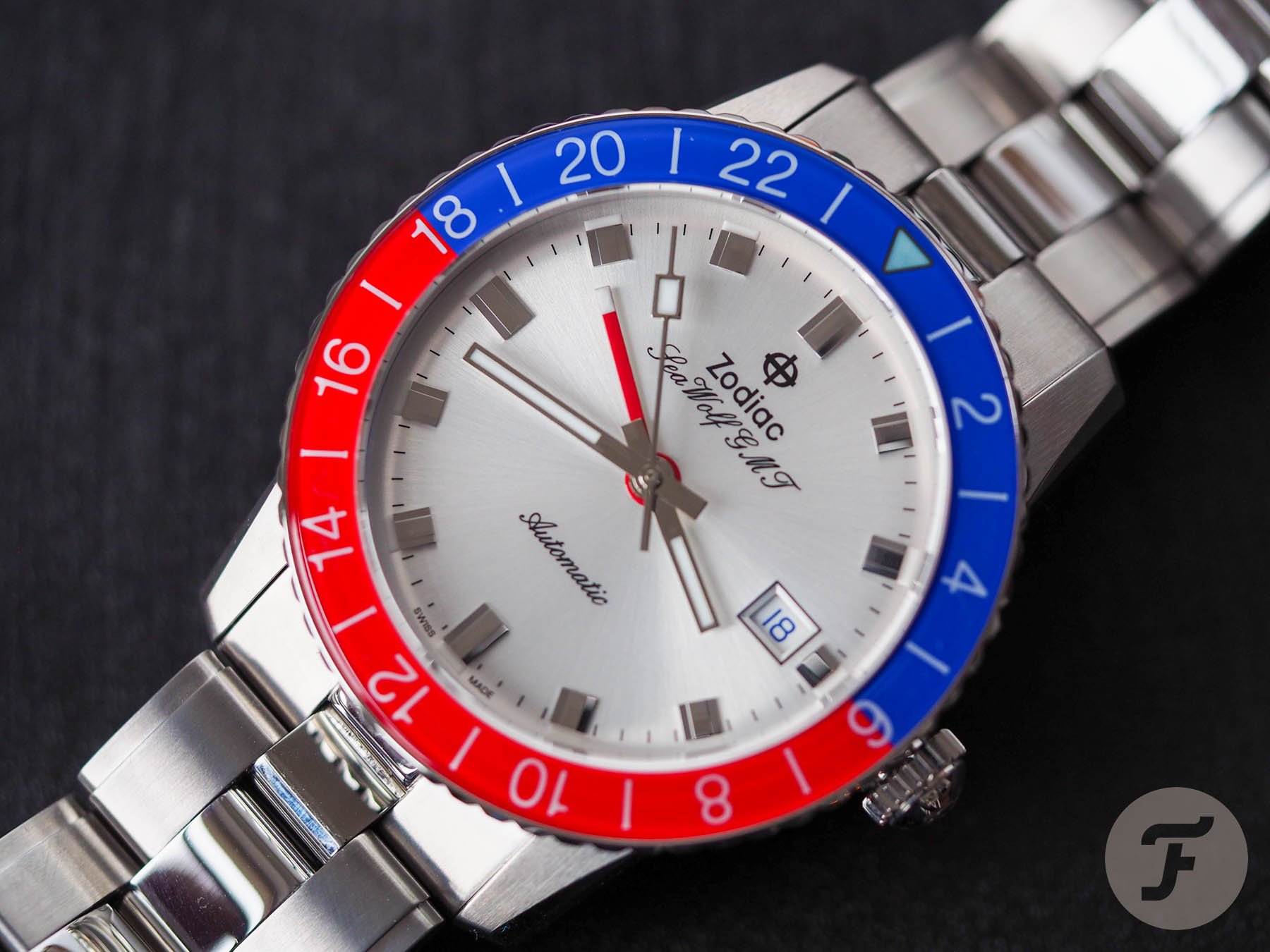 The guys that make up the Topper’s fan club are avid collectors of the retailer’s limited edition watches, which it produces in conjunction with the brands it carries. While I was there (although I had nothing to do with this one), NOMOS released a limited edition Weltzeit to Topper’s specifications. As with almost all their special edition watches, it had a bright white lacquer dial and striking blue hands. 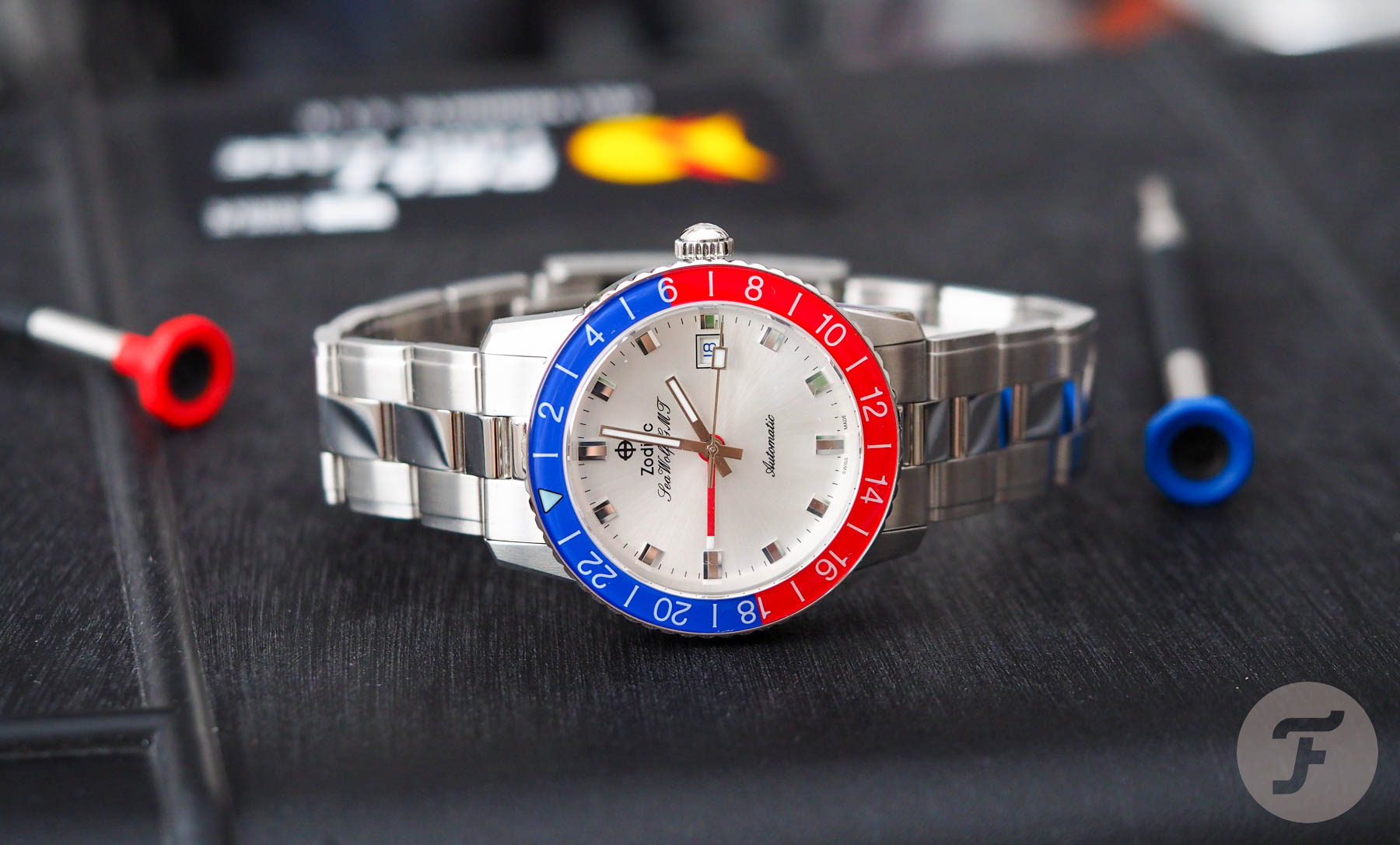 Imagine my surprise, then, when I arrived at my office one day to find a package waiting for me on my desk. I noted the origin of the packet and spent a few moments wondering who might possibly have sent me something from California. Then the penny dropped. My friend and former colleague Zach Pina of aBlogtoWatch.com had contacted me a few weeks earlier asking me for my address.

“You know the Caplan brothers?”

“They remember you too.”

“Good enough that they want to send you something to take a look at. How about it?” 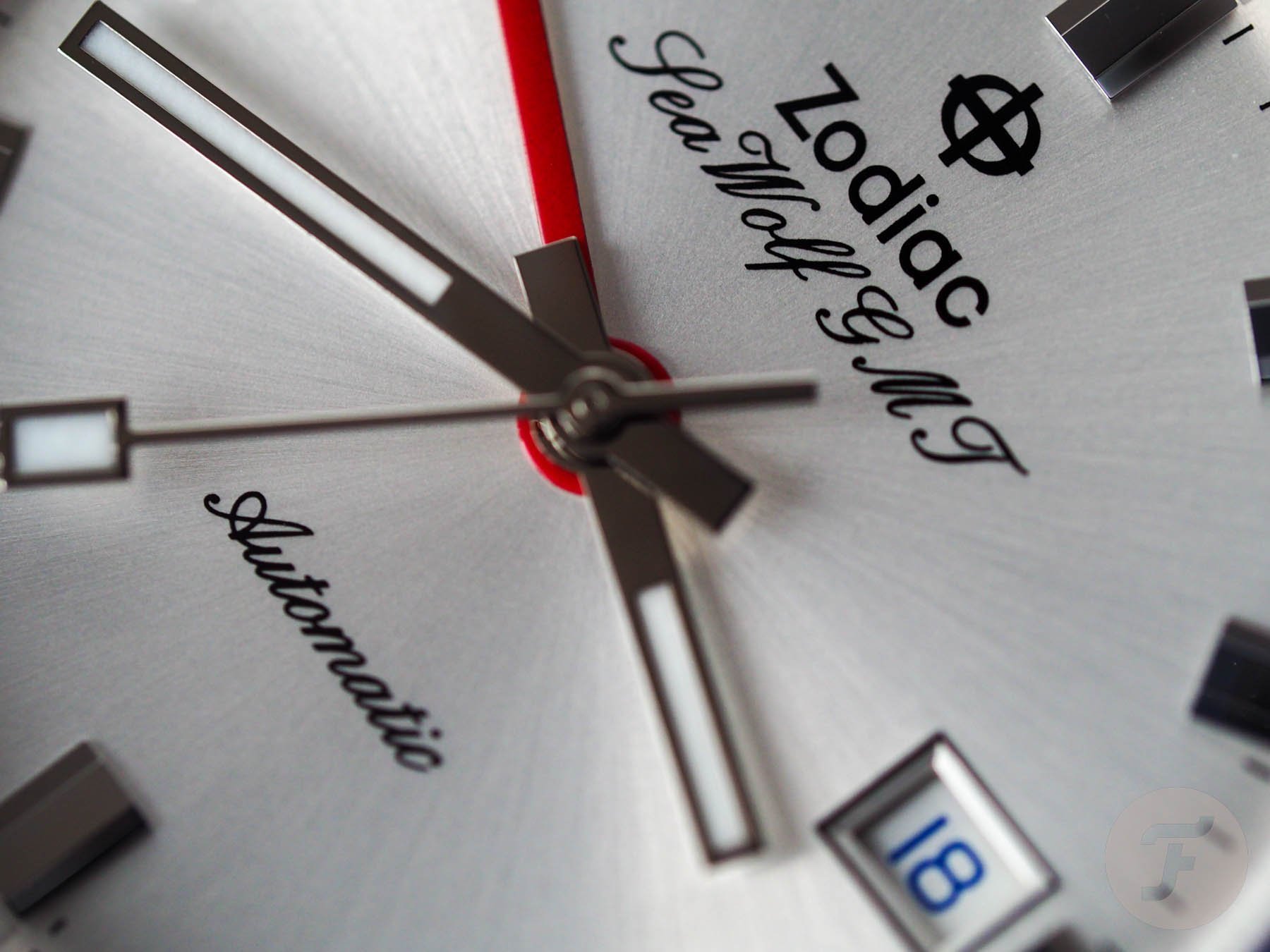 Of course, I said yes. I like surprises in the mail. I especially like it when they take the form of watches. It’s even more special when it’s a watch designed by people I regard as friends. It’s the kind of situation that really reminds a man to count his blessings.

“What a life, eh?” I say out loud as I turn the box over in my hands. It looks like it’s been through the wars. It’s scuffed and scarred and totally covered in customs stickers. I often have trouble with customs officials but this packet looks like it’s been on its way to me for years, having passed through thirty non-EU states in the process. 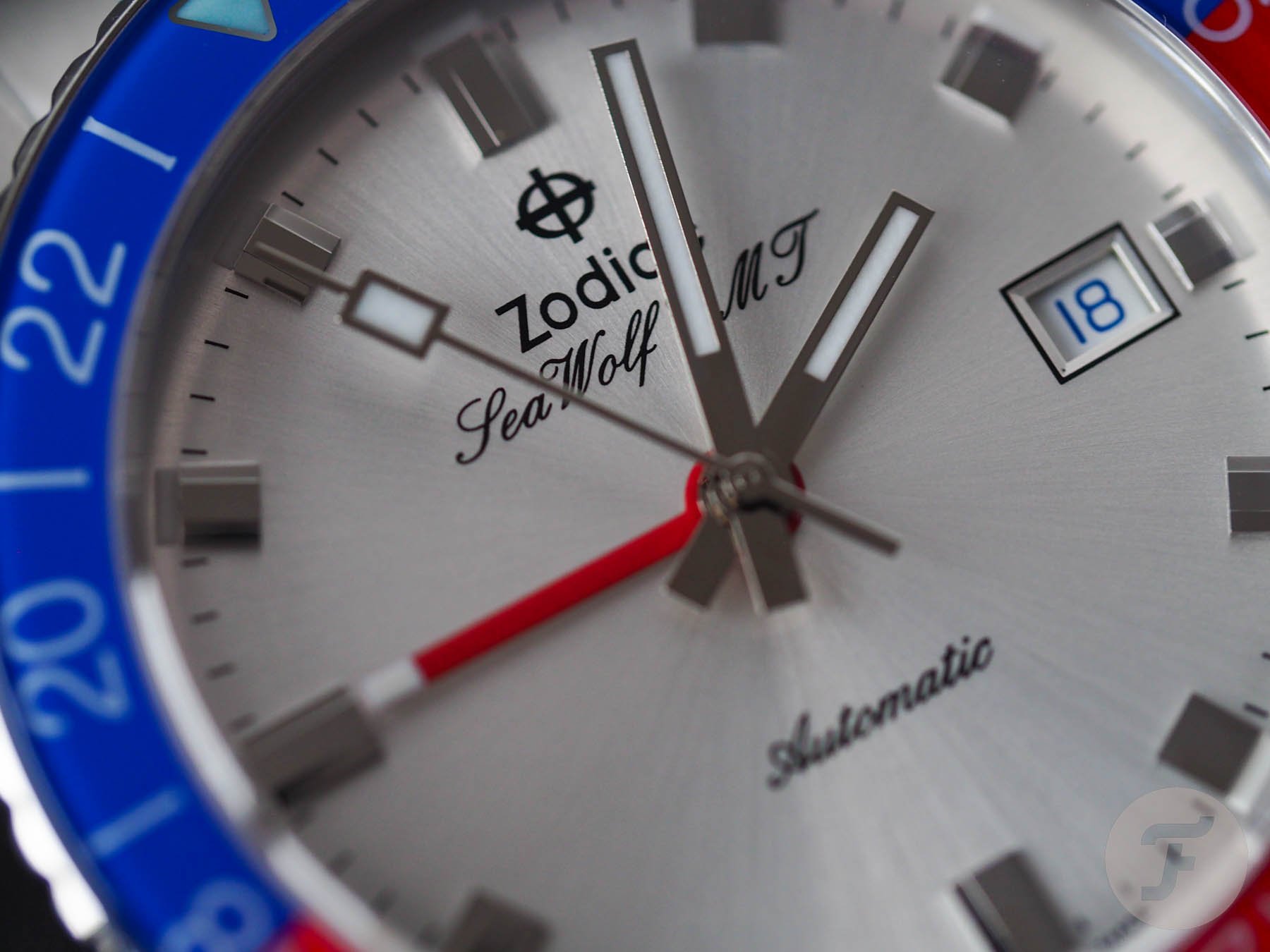 I carefully teased the watch box from its corrugated covering and inspected it. Despite the damage to the exterior packaging, it was perfect. The Zodiac name was UV spot printed on the top of a black cardboard sleeve.

“About time,” I grinned. I have, of course, encountered many a Zodiac on my travels, but I’d never had the chance to wear one for a significant period of time. “This is going to be fun.”

The process is smooth

There are quite a lot of nice details in the packaging of this Sea Wolf GMT. Map contours are used to great effect to enliven the housing and associated paraphernalia. I’m not really one for the whole “unboxing experience”. However, when it goes well, it really does have some kind of effect on me, however subconscious. Unboxing is a process. It comprises, like most processes, a series of steps. When the transition between those steps is seamless and evermore enriching, the process is successful. Here, I found myself keenly working my way toward the watch I knew resided in the center of this package. 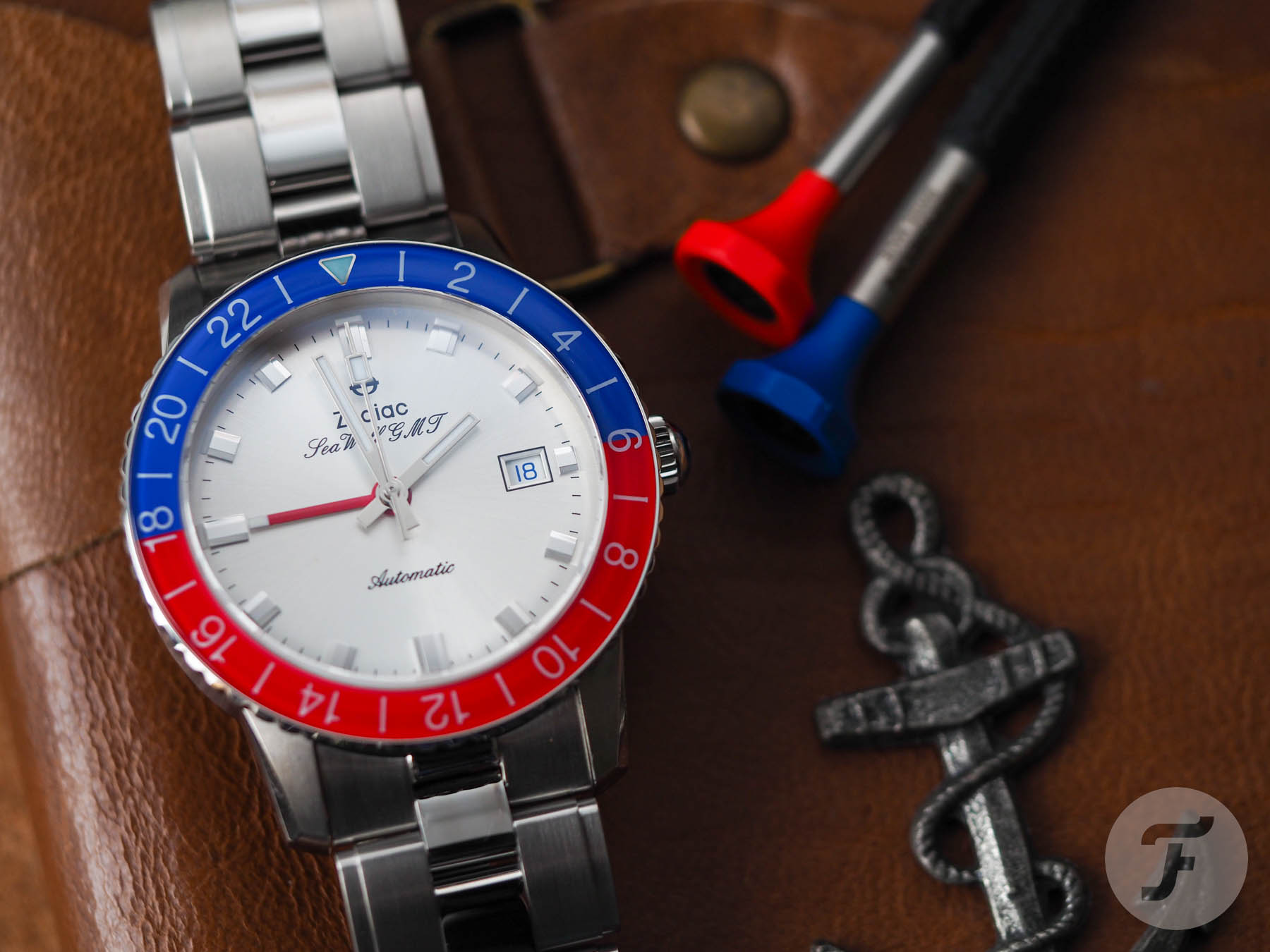 When I finally reached the watch itself I was very surprised to see that Topper’s signature white dial had been usurped by a very smart-looking silver sun-ray. I say I was surprised, but I was not disappointed. I actually don’t love shiny dials that much at all (although I will make an exception for genuine Grand Feu enamel, of course), so seeing something markedly different from team Topper was an unexpected treat. 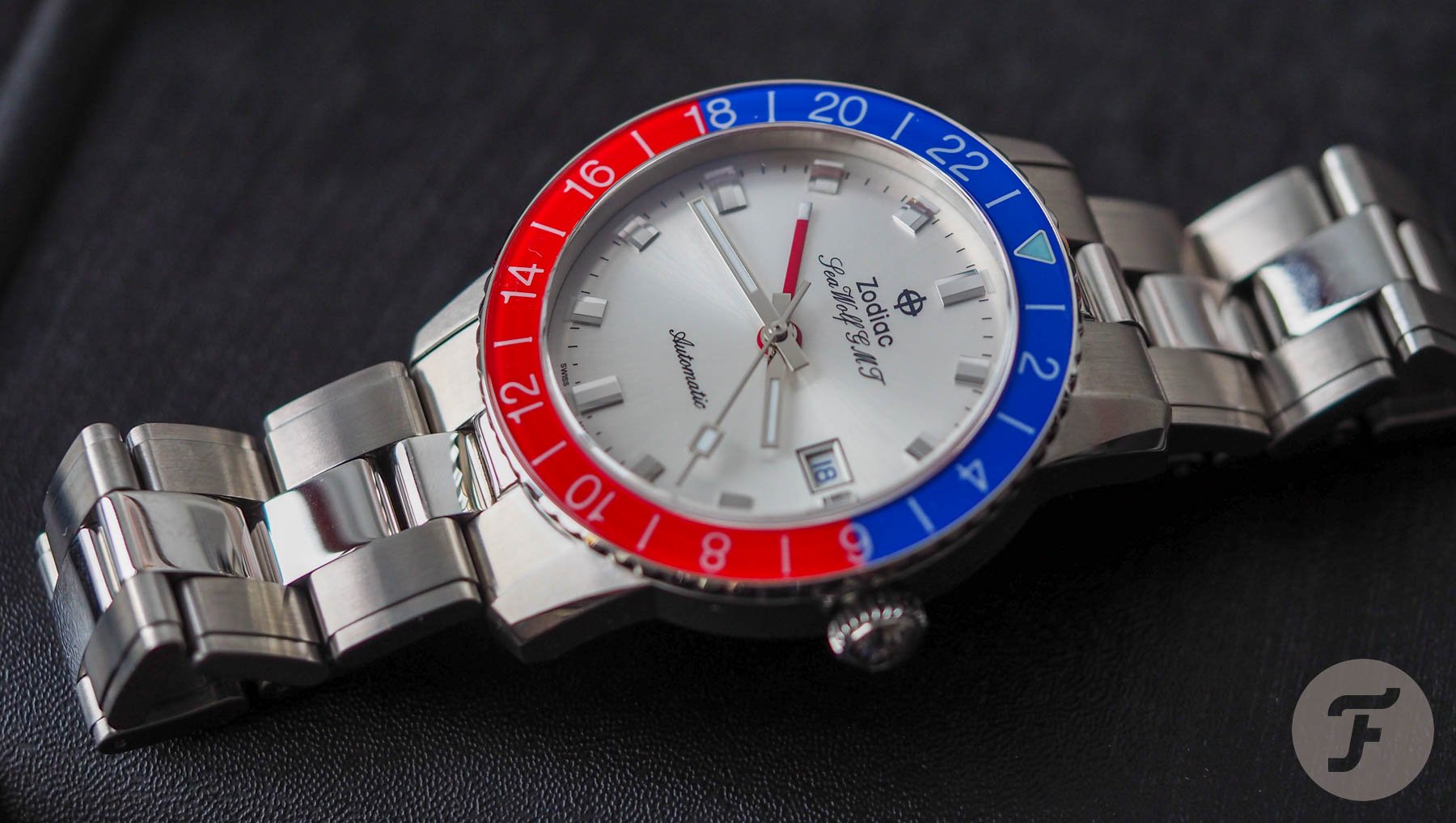 Pepsi bezels are hardly rare these days. Every brand and its dog is imitating the most famous one of all from The-Brand-That-Must-Not-Be-Named. But not all Pepsi bezels are created equal. The chosen shades of blue and red can change the overall character of the watch as much as different colors entirely. Here, we have a very bright combination of rich scarlet and vivid royal blue. This is in stark contrast to perhaps the second most famous Pepsi on the modern market, the Tudor Black Bay GMT. 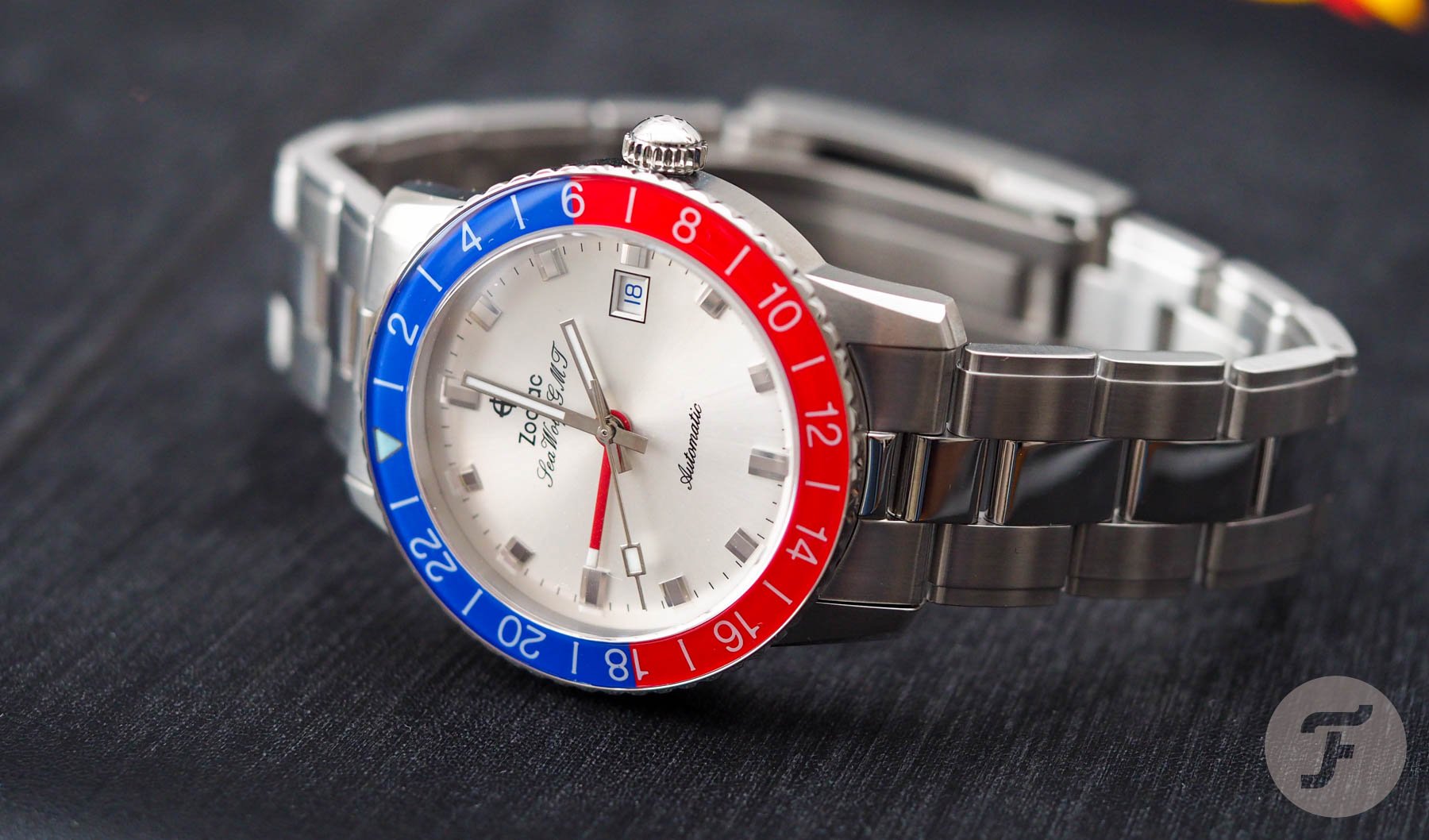 While the Tudor went for much more muted hues, the Topper Zodiac Sea Wolf GMT brings a playful pop of color to the wrist. The overall effect when paired with the unapologetically eye-catching silver sun-ray dial is pretty loud. As seems to be the norm for Sea Wolf special editions — keeping it low-key is not in the brief. We’ve seen Ariel Adams’s personal take on the model as well as the decidedly explosive colorway slapped all over the Sea Wolf by Worn & Wound. I think those two — the Adams special and the Sea Wolf “massacred rainbow”, as I like to call it — are my favorite executions of this design. The Topper is certainly up there and qualifies as a much more versatile option than either of the two I would rate above it. 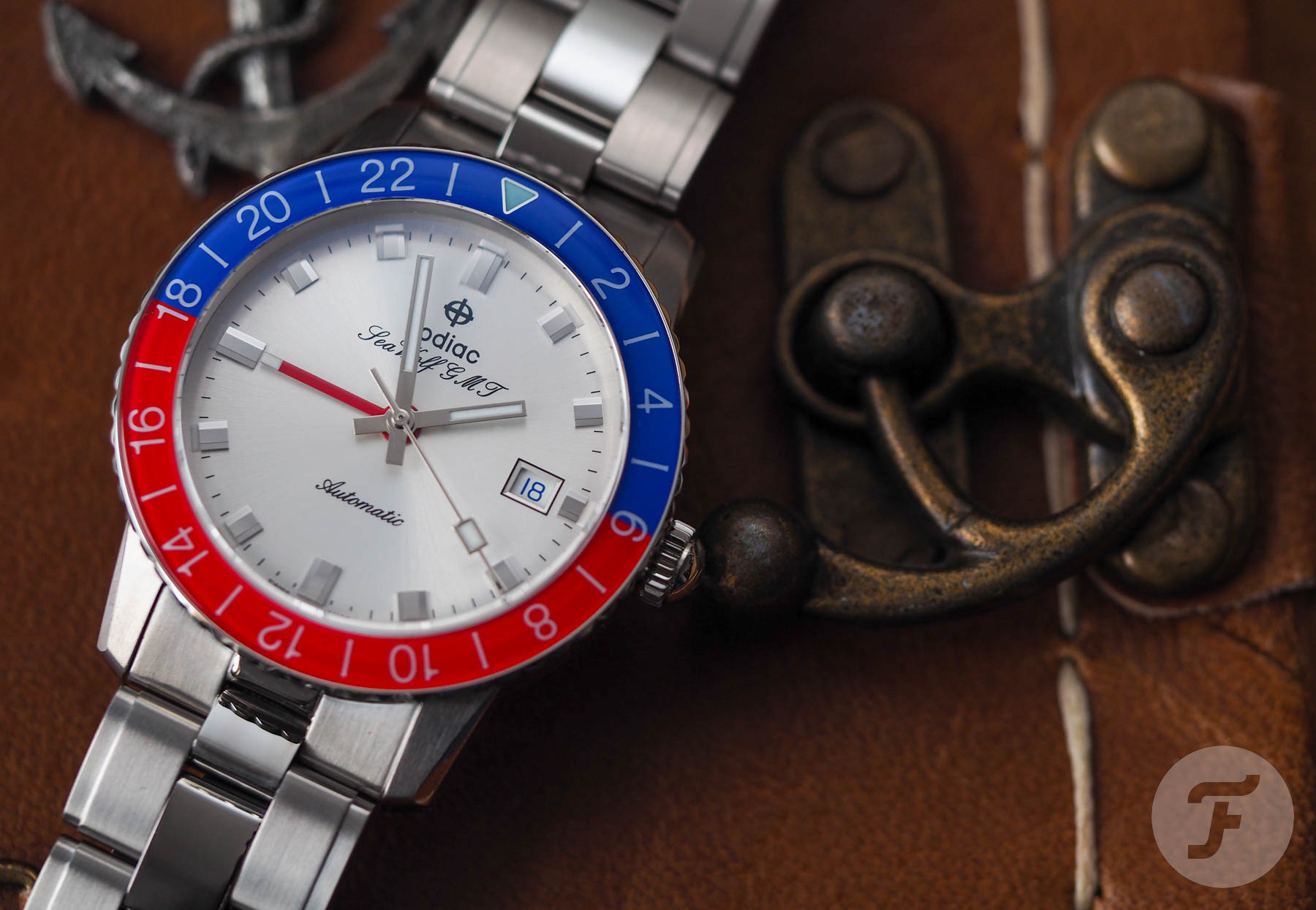 The Sea Wolf is certainly one of those models that collectors love. It is a well-made, reasonably priced, historically credible watch from a brand for which many long-time enthusiasts have a soft spot. I count myself among that group, and I’m glad Zodiac is exploring these collaborations with Fratello’s peers and friends. It’s a model that I’ve noticed the Fratelli respond well to in the past. Its last-minute inclusion in the Summer Splash tournament almost put the cat among the pigeon. Were it not for an even more orange Doxa, it might have made it all the way to the final! 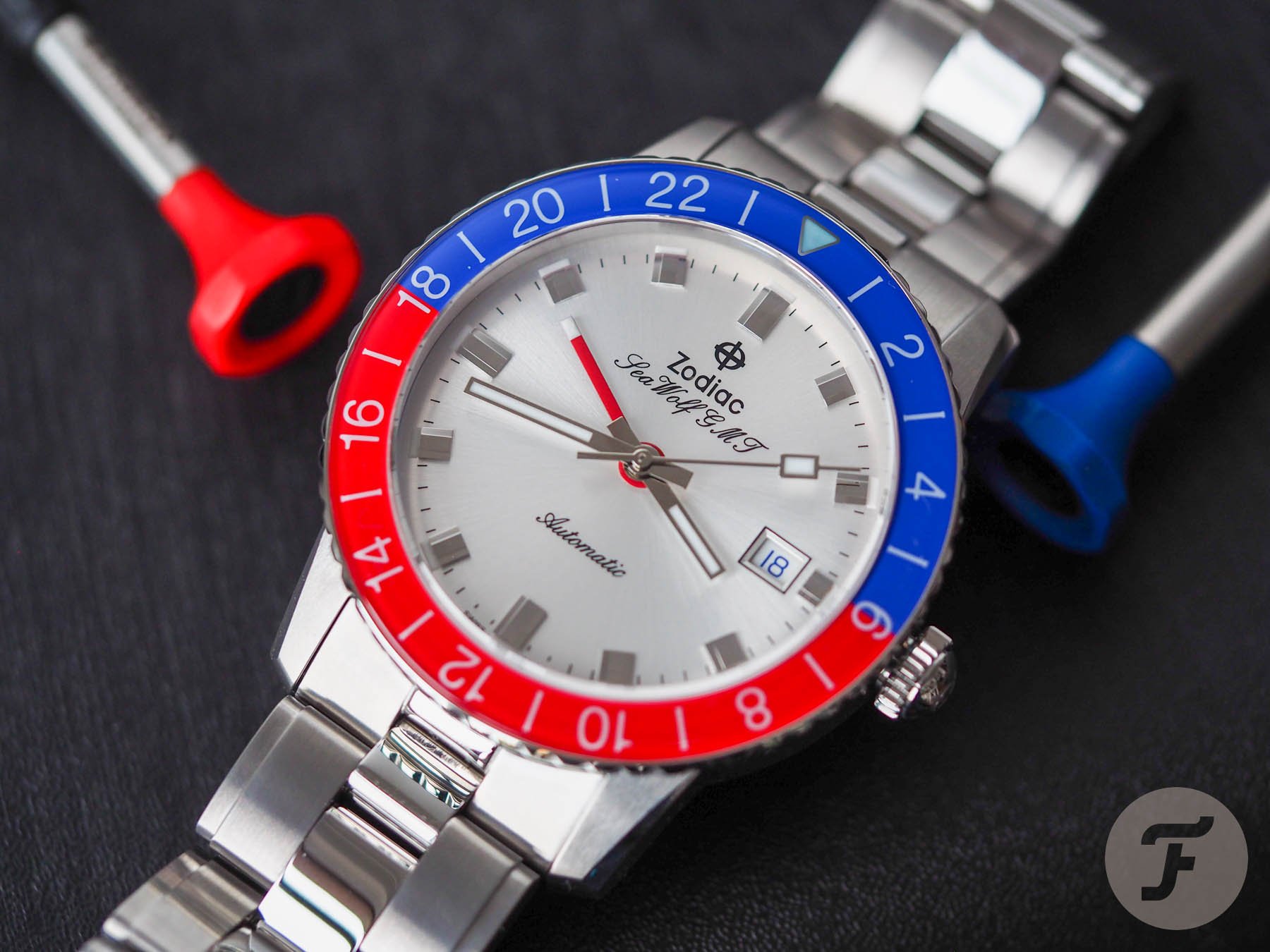 As such, I have a question for you, dear readers. Would you like to see a Fratello Zodiac Sea Wolf or not? Please cast your vote in the poll below if you’d be serious about adding one to your collection. And then go one step further and discuss freely what you’d like us to do with it. As we’ve seen from past iterations, there aren’t many boundaries so let your imagination run riot. If we’re going to do this, I’d like us to do this together. Now’s your chance to get involved and get your name on the industry’s ever-growing list of watch collaborators! Learn more about Zodiac here and visit the Topper website here.

Would You Be Interested In A Fratello × Zodiac Collaboration?