Hello neighbors, welcome back to This Week in Watches for April 13, 2019.

Did you miss last week’s episode of This Week in Watches?  Well, I missed me too, but as much as I love jawing at you fine folks, there was simply nothing to talk about last weekend.  Plus, I was still feeling good about myself for playing a dirty April Fool’s trick on you about the demise of the steel Submariner.  It was clickbait for sure – yes, I am guilty – because something like 200,000 of you poured onto the site to read about the death of a watch you can’t buy anyhow!  Well, don’t worry, the Submariner and the rest of the enigmatic group of Rolex steel sports watches are still around.  They’re ready to jump onto the wrists of those who curry favor with their local AD by buying loads of gold and two-tone offal Rolex.  But, I do digress…it’s time for TWIW.  Oh but wait – today is RJ’s birthday, so wish him a happy one – these days are a big deal in Europe! 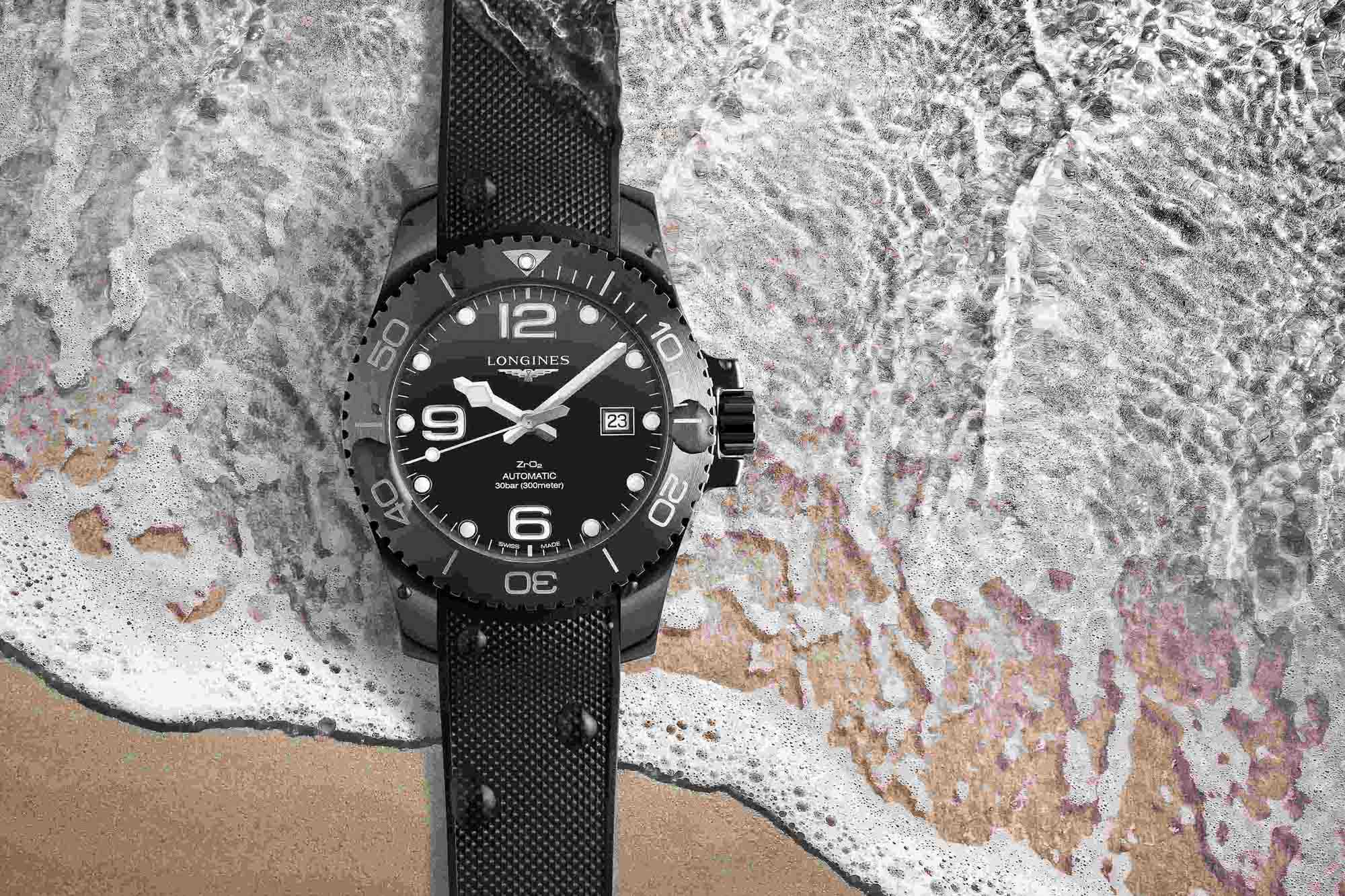 Ceramics – Not Just for Pottery Class

Omega must have gotten a nice bonus, now feels generous and has decided to give the keys to the sports car to its teenage child Longines.  Ok, that’s a bad analogy, but you’re used to that type of thing on This Week in Watches.  Whatever the case, Longines now also has a black ceramic Dark Side of the Hydroconquest.  In 43mm, I must say that this looks pretty snazzy on its equally black textile strap.  Like the Omega, it contains a ZrO2 dial (and states this on the dial)  While its size wouldn’t work for me, it’s probably in the wheelhouse for many would-be buyers.  Pricing is set at 3,500 CHF which isn’t insignificant.  The watch will become available in the June/July timeframe.  Head to the official Longines site for more info. 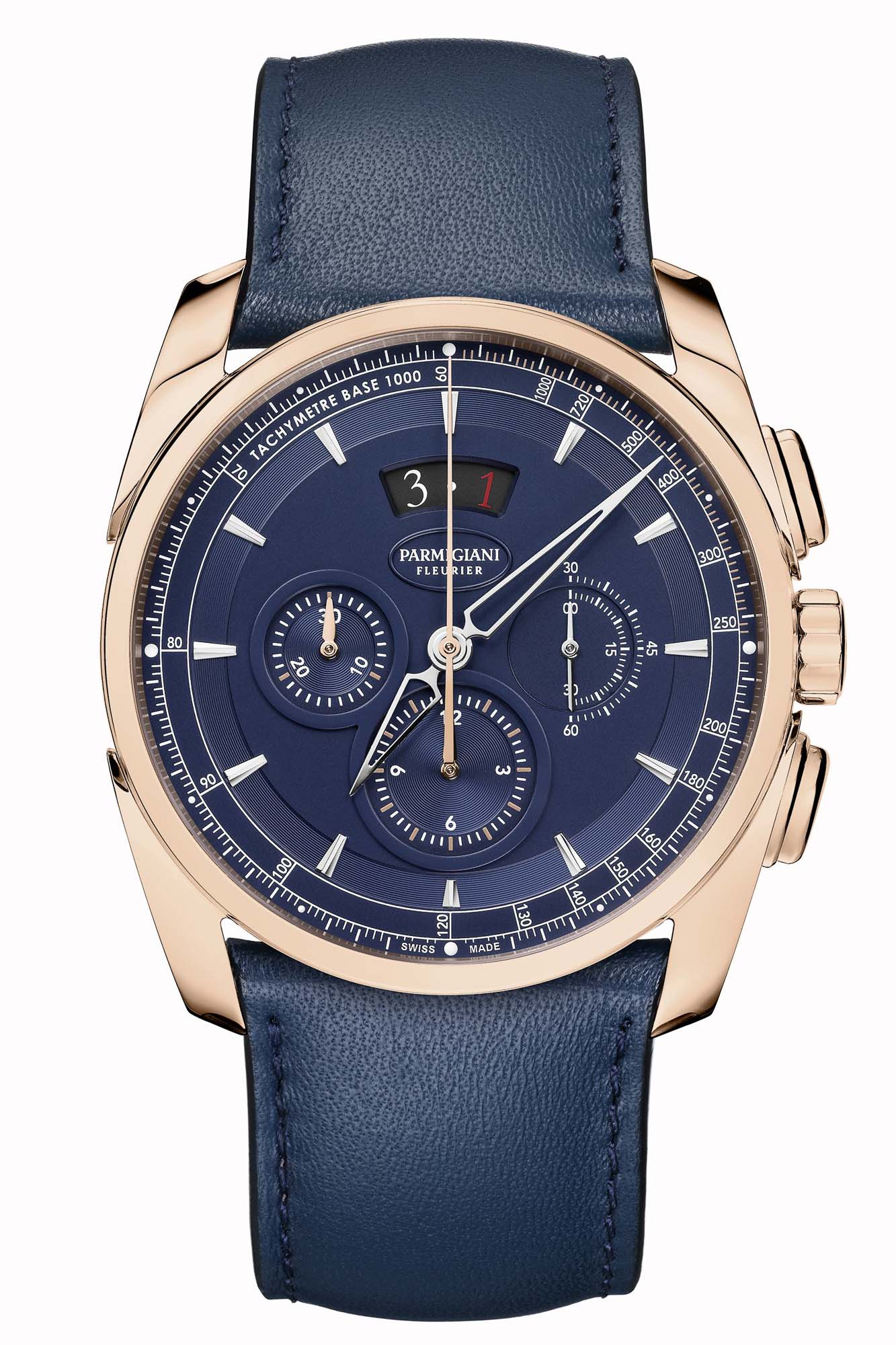 I remember that I once bought a pretty inexpensive vintage watch on eBay and it arrived in a crazy wooden box.  That box said “Parmigiani” and for a half second, nah – probably less, I thought that perhaps I had received something far more than I had bargained for.  And, since you know that I am a scofflaw, I would’ve made a run for the border with my ill-gotten prize!  Sadly, it wasn’t to be, but if you’d actually like to acquire a Parmigiani properly, the brand has a new 40mm Tonda Metrographe featuring a rose gold case and a blue dial.  Intriguingly, the watch comes with a Hermes alligator strap (would my wife accept this instead of a Birkin bag?).  Parmigiani uses its own chronograph movement and will price the watch at $29,500.  In steel, it’s available for $11,900 on leather or $12,500 on a steel and titanium bracelet.  Head here for official information. 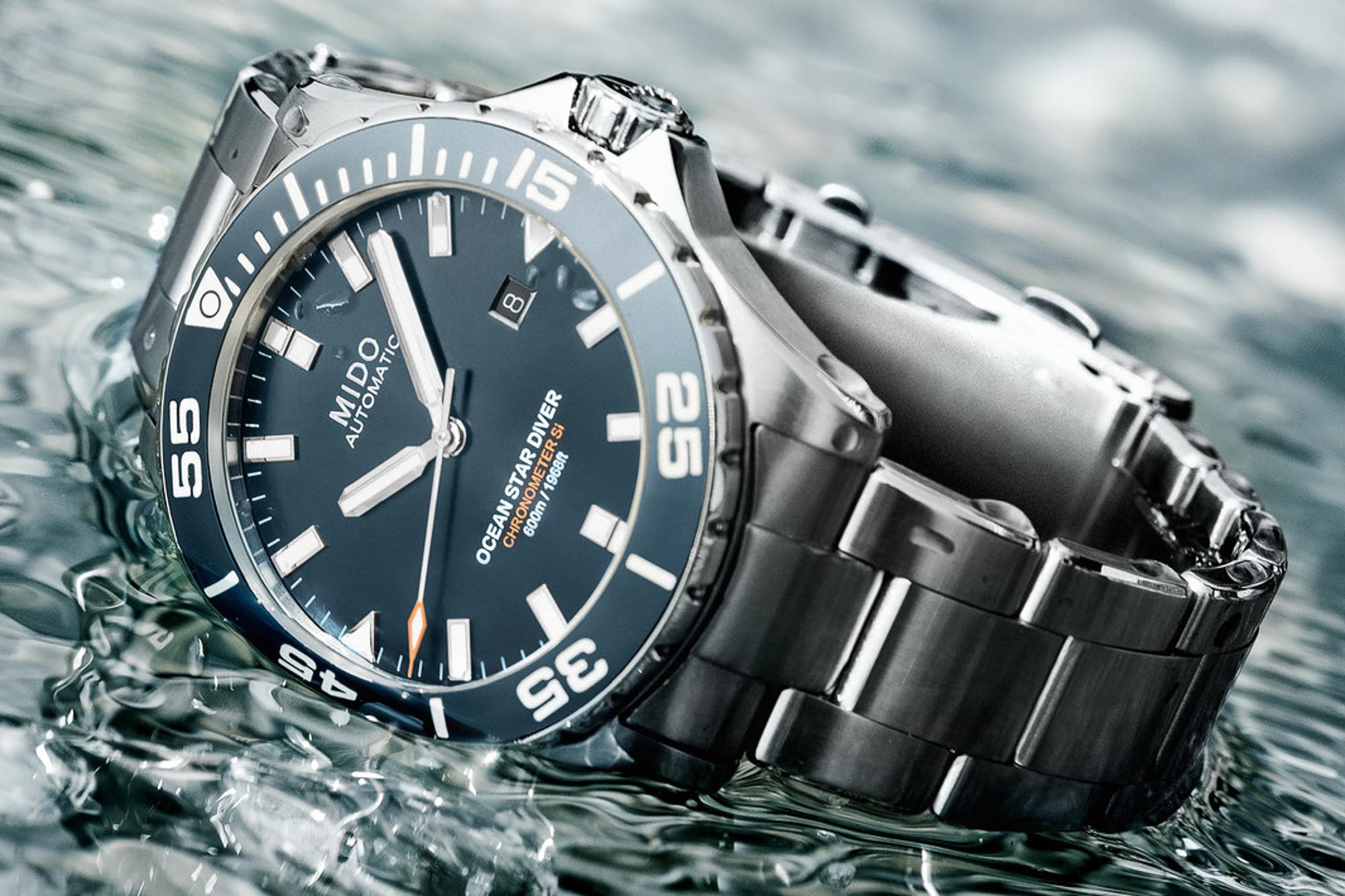 We received word earlier this week that Mido has become the official parter of the Red Bull Cliff Diving Series.  This makes sense as Hamilton, another Swatch Group brand, partners with Red Bull for its air race series.  In order to celebrate the union, we get a blue dialed Mido Ocean Star diver at 43.5mm.  It boasts a chronometer rated Mido Caliber 80 (80 hours of power reserve) automatic with silicon balance spring.  The watch is good for 600m of water resistance and has a ceramic bezel.  Honestly, of all the Ocean Stars out there, this is probably my favorite color combination as it goes light on the orange highlights that are often a mainstay of Mido’s watches. At $1,700, it’s a sensible option.  Head to Mido for more information. 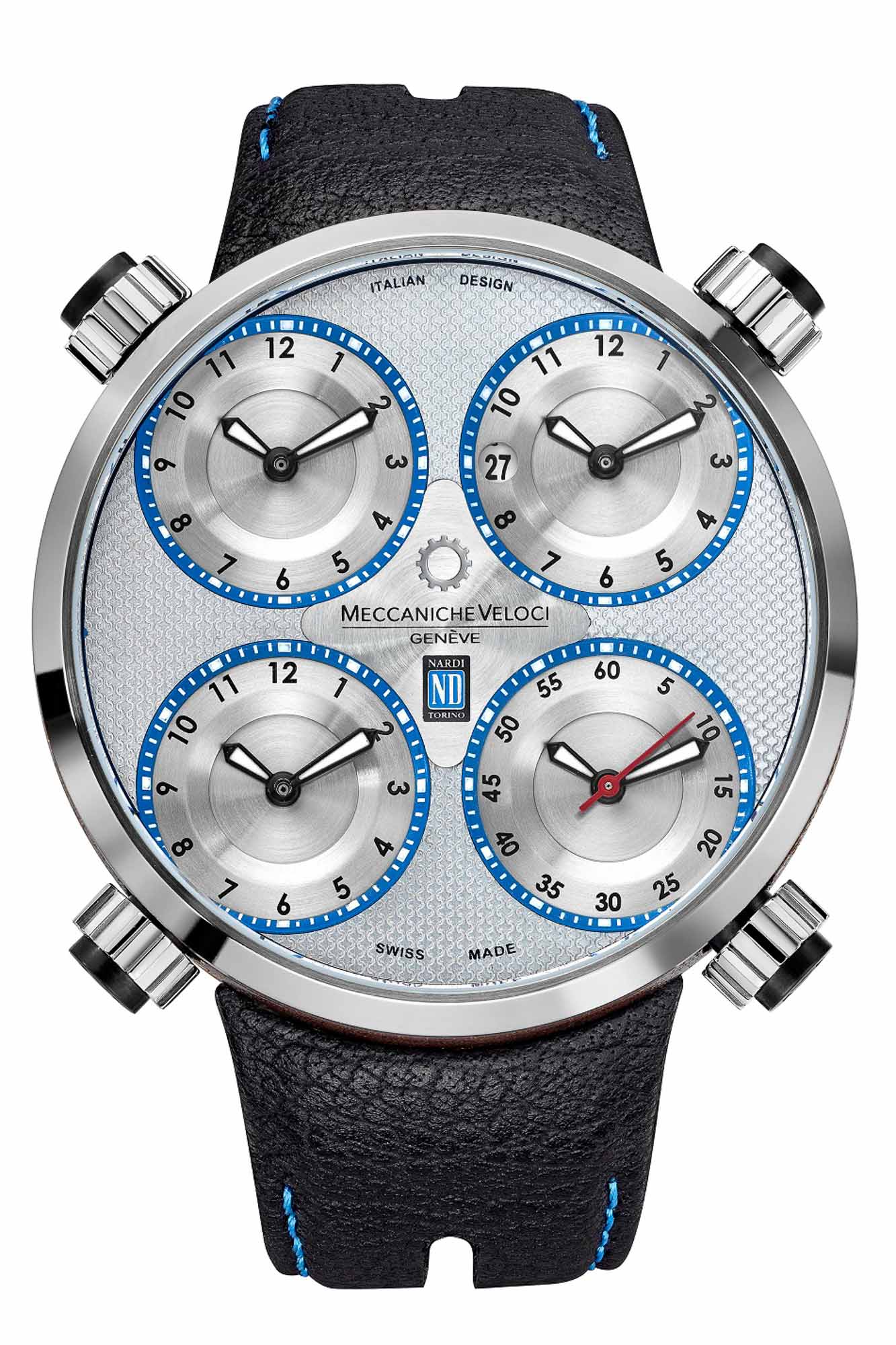 You may remember Meccaniche Veloci from years back, but we are happy to bring them back to This Week in Watches.  They’re avant-garde watches with four dials and their side profiles are reminiscent of pistons.  Well, Gerard and I visited the brand at Basel a month or so ago not knowing what to expect.  We are pleasantly surprised to meet a new owner who is passionate about restoring the brand to its original intent and bringing it even further.  Apparently, under previous ownership, the watches had taken a turn to the cheap and this has now been rectified.  With the Quattrovalvole Nardi Limited Edition, we have a limited edition of 50 pieces that brings some styling characteristics from the famed steering wheels that graced such legendary vehicles as the Ferrari 250 GTO.  We have the cross-hatch pattern on the dial that was found on the spokes of Nardis and of course there’s the lovely wood that’s layered into the watch’s case.  We get a 49mm titanium case (there are no lugs to speak of) with an in-house developed MV8802 automatic (if we recall correctly, Vaucher builds these) that features two time zones.  The movement is a seriously sweet piece of machinery to behold.  At 11,000 Euros, these aren’t for everyone, but in the world of wild haute horlogerie, that’s not bad money at all.  Check out the official site for more information. 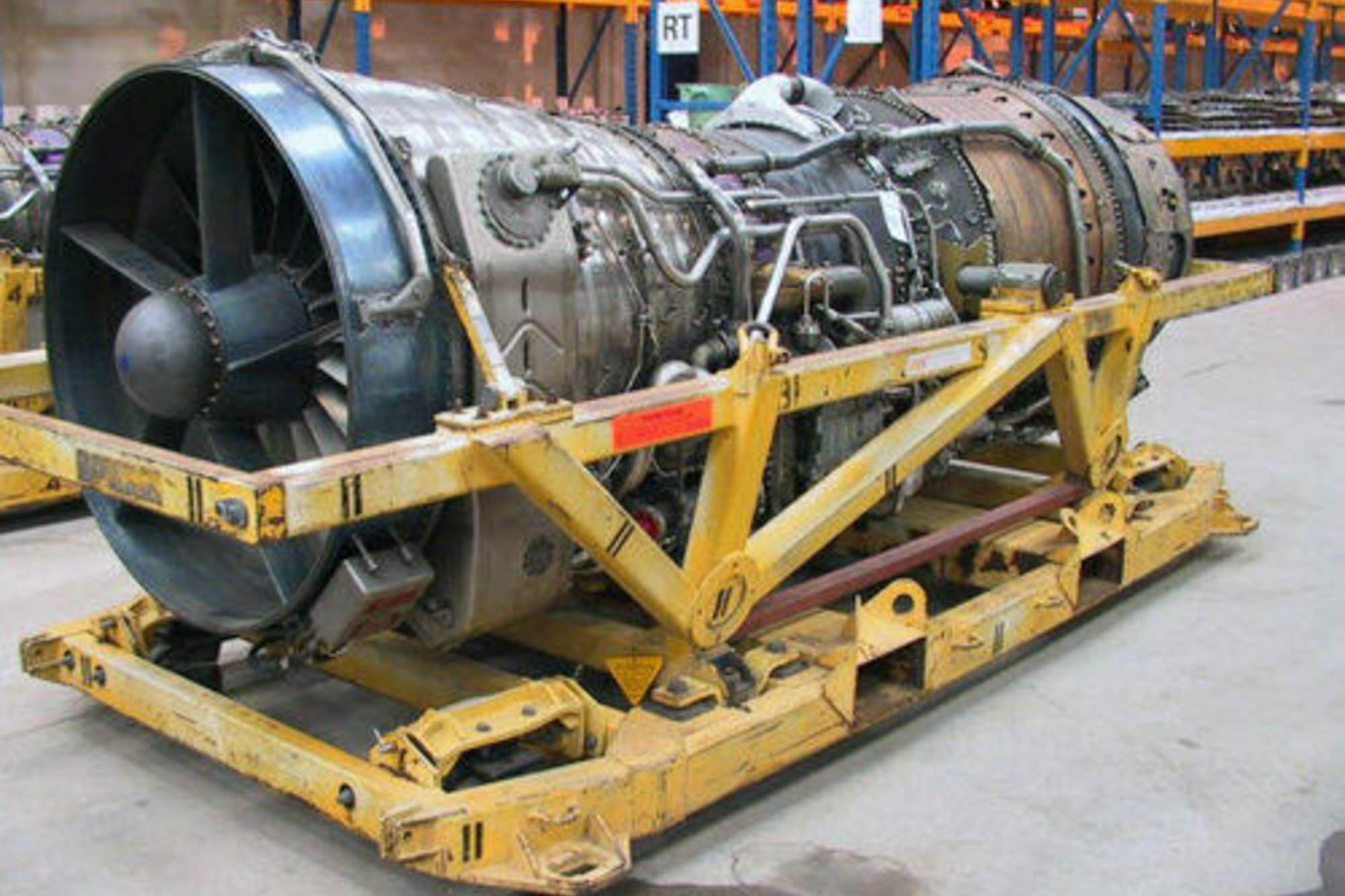 The Coolest Rolls-Royce On Sale Today

And now for a little non-sequitur on This Week in Watches.  I was over on Jalopnik – one of my favorite sites that boasts a comments section that just might out-Jerry Springer the Jerry Springer-like comments section found on A Blog to Watch – and the good folks over there posted an eBay listing for…a Rolls-Royce Turbojet Olympus with an afterburner (pictured above – photo credit: ebay.co.uk).  Confused?  Well, this happens to be a loose engine from a Concorde that was apparently never used, and I love all things Concorde.  I mean, how freaking awesome is that?  It’s huge and on its tubular steel carrying crate, it weighs in at 5 ½ tons.  The engine is listed out of the UK (EU people – get your act together and land this sucker before you have to pay VAT!) for a whopping 748,000 GBP (EU people – wait up and perhaps the GBP will fall to a level that this is like taking out your extended family for schnitzel and beer) or best offer.  Oh, and as a side note, you’re not allowed to fire this thing up.  But, if I had the jack to “land” this thing, I’d be gassing it up with kerosene for sure and perhaps in some sort Bonneville salt flats car.  If not, I’d hope that if I had that kind of money to spend, I’d have a living room suitable for such an object.  Maybe we can convince the Bell & Ross folks to stick it in their Bellytanker…

That’s about it for this week on This Week in Watches – we’ll be back next week.