Yes, it’s been a few weekends since we’ve come out with This Week in Watches.  The news has been fairly light since Swatch Group’s Time to Move event and we took the opportunity to give you a look at many of the Apollo 11 50th Anniversary happenings around the last weekend.  Well, guess what?  There’s more Apollo today, but we also have some news of watches.  Let’s begin. 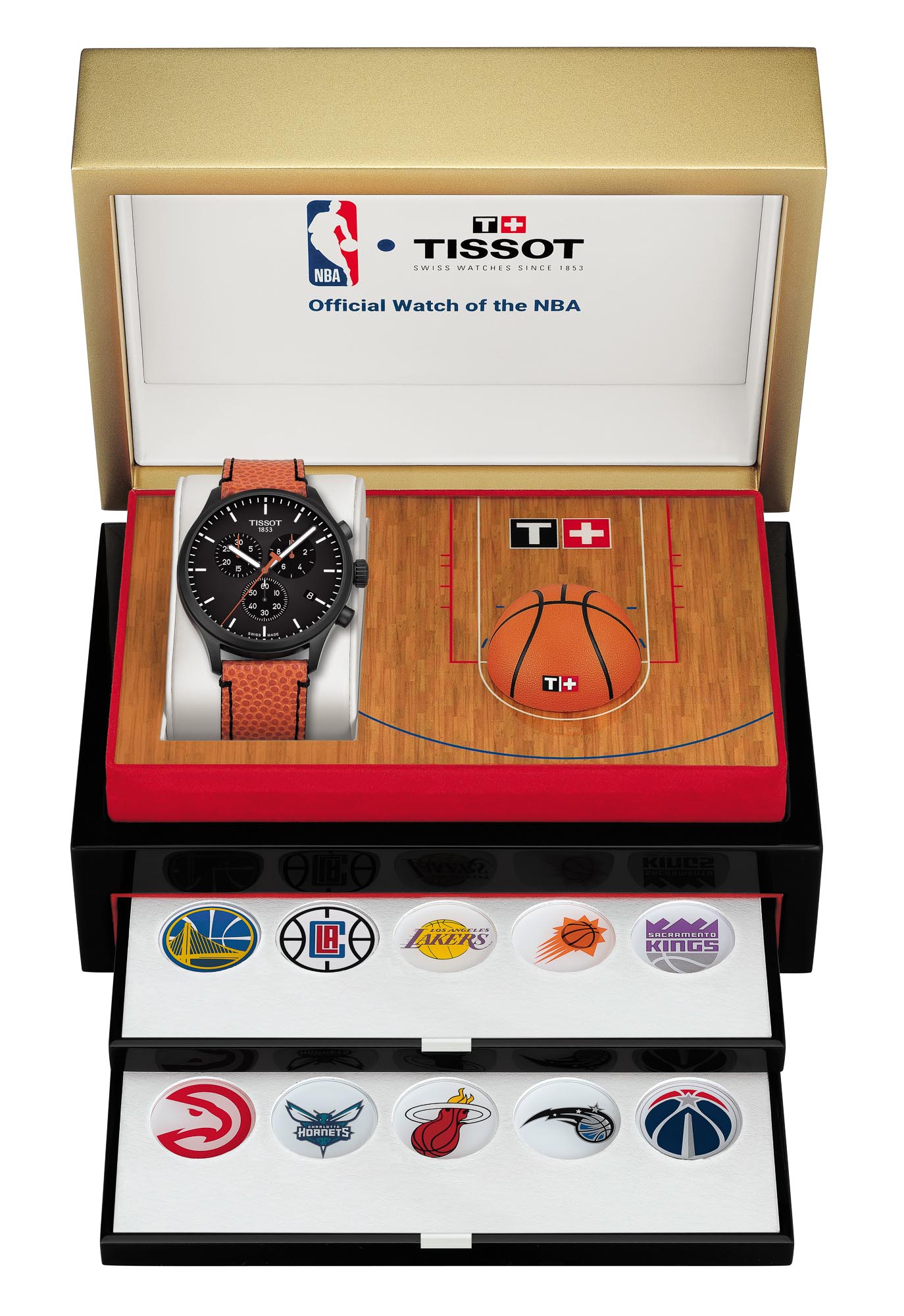 You know, the old Dream Team that boringly beat up on a bunch of second tier players in the 1992 Barcelona Summer Olympics must have had a profound effect on my European brethren.  There’s rarely a week that goes by that I’m not asked if I’m related to a certain former Utah Jazz player who took home the gold.  Well, I’m not (you should see me on the court) but I do assist with a lot of things around here.  Moving on, you probably know that Tissot has a partnership with the NBA as the official timer and markets watches with team logos.  Well, here’s a new one called the Chrono XL NBA Collector and it’s a quartz-powered chronograph at 45mm – perfect for your favorite 2 meter plus basketball fan.  Aside from the nifty packaging depicting the hardwood with a Spalding basketball inlaid into the parquet, the NBA Collector comes with 30 discs.  Each disc features a team logo and can be swapped out for display on the underside of the watch.  This is pretty cool and I suppose if you’re in hostile territory (say Boston), you can rock your 76ers logo discreetly.  For 580 Euros, this definitely sits more on the fun side of things and might make the perfect high school graduation gift.  Head to Tissot for more. 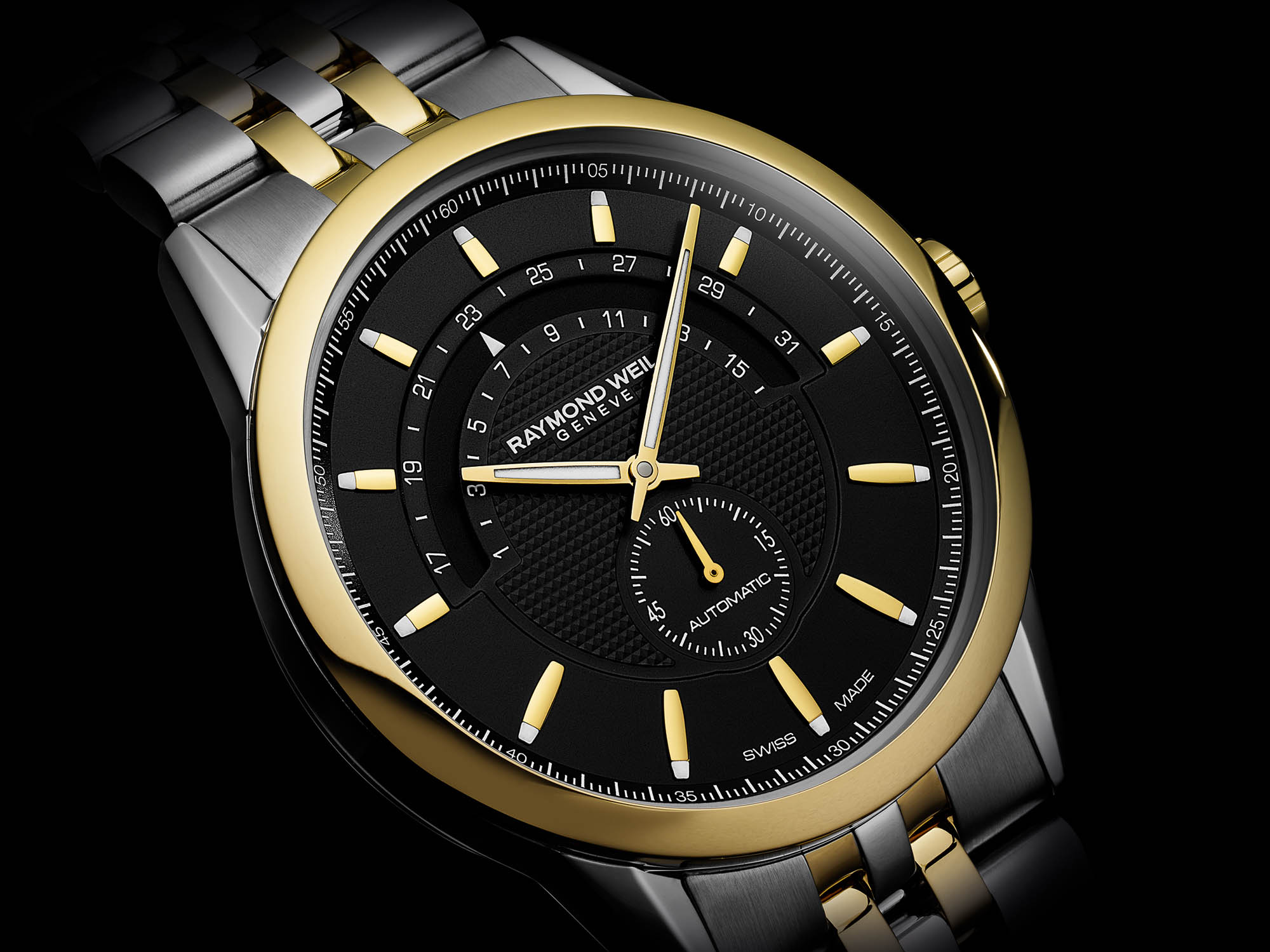 So, sometimes you run across a pretty darn good looking watch within all the PR emails that a joint like Fratello receives within a given week.  I’d say that the new – take a deep breath – Raymond Weil Freelancer Men’s Half-Moon Opening Date Window qualifies.  I’ll refer to it as the Half-Moon because that is one long name, but the 42mm watch is available in either 42mm steel or two-tone.  Currently, the steel is only available with a blue dial.  The reason for the name, and what I think qualifies as an attractive design queue, is the display of the date in a sweeping arc on the upper half of the dial.  It’s not revolutionary, but as I always say, in this sea of boring three-hand everyday watches, this adds some nicely designed pizzazz.  For the life of me, I couldn’t find pricing on these automatic-powered (RW4250 based on the Sellita SW200) pieces, but I saw reference to 1,695 GBP for the two-tone model, so you can do the math for ballpark prices in your neck of the woods.  Head to Raymond Weil for more. 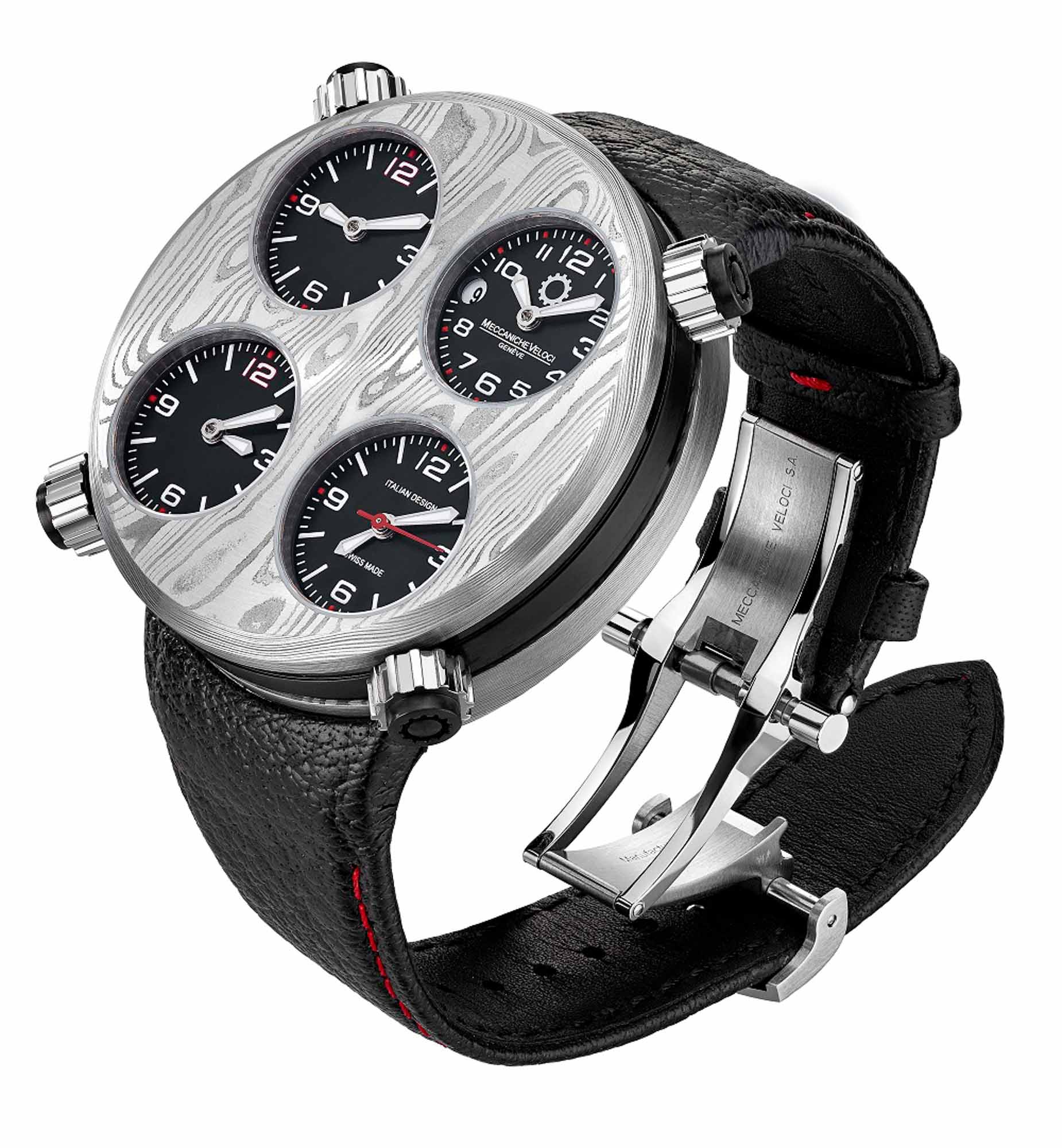 Next up we have the Mecchaniche Veloci Icon Damascus, a 49mm piece replete with the brand’s 4-dial looks.  Shaped like the head of a piston, these are noticeable watches and, as mentioned before, we enjoyed our visit with MV at Basel.  But the news here isn’t on the general concept because that doesn’t vary from MV’s typical theme.   Instead, the focus is on the case material which happens to be Damascus steel.  If you’re a fan of knives, then you’re probably familiar with the ancient process of heating, stretching, and bending steel in order to form these fantastic lines that come out upon polishing.  Well, the Icon Damascus features this as its case material and I think it looks rather distinctive.  At 10,900 Euros, I always think that these MV’s offer a lot of unique looks for a price that doesn’t come near some of the other independents out there.  Inside, we have the MV 8802 automatic, which tracks 4 time zones.  I don’t see the Icon Damascus on MV’s official site yet, but keep checking. 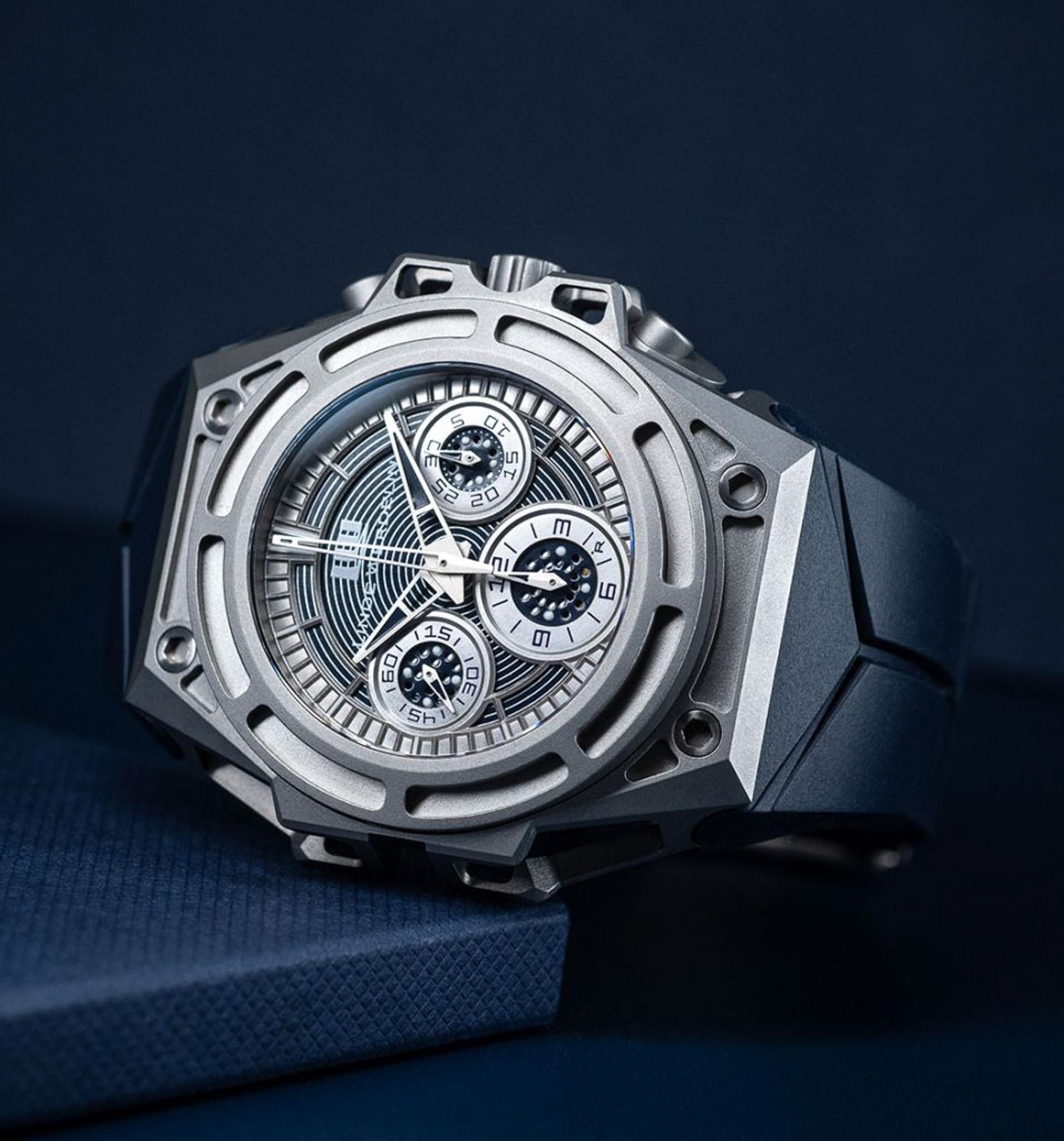 Next we have the Linde Werdelin Spidospeed Arktis.  Apparently designed in memory of a group of climbers that sclaed Everest in 2008, the Arktis also helps celebrate the 10th anniversary of the Spido line.  The 44mm stainless case is dramatically sculpted in order to optimize weight and it looks the business.  It’s also water resistant to 100 meters.  It houses the LW 03 automatic chronograph movement, which is a custom made integrated movement from Concepto based on the 2251.  Neat stuff.  At 12,194 Euros, the Arktis will be limited to 99 pieces.  For more, head to Linde Werdelin’s site. 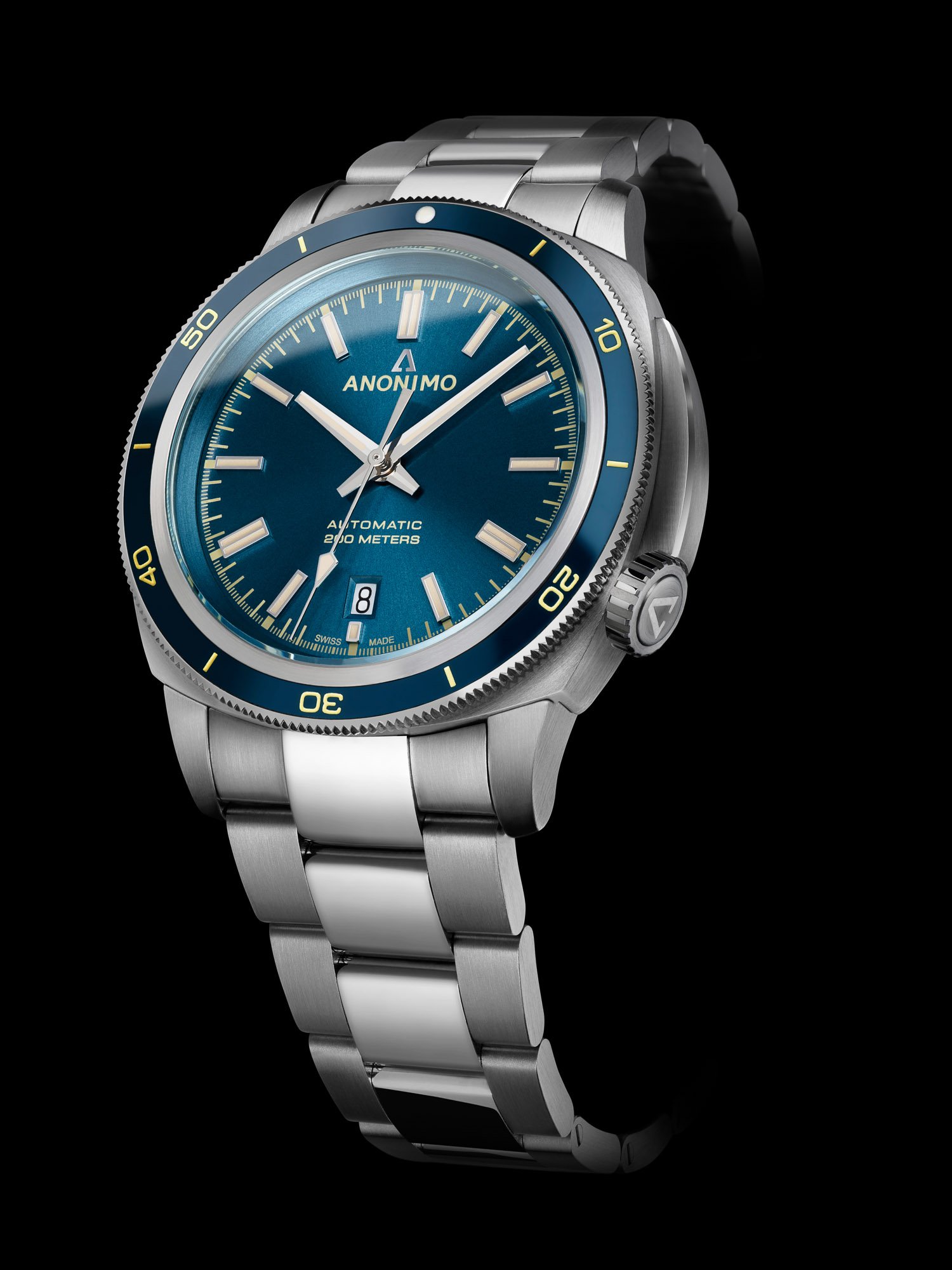 Yes, this is really only news of an Anonimo coming on a bracelet, but I decided to include it because I like this watch a lot.  At 42mm, the Nautilo is an approachable Anonimo and at 2,470 Euros, it’s not completely out of line.  With 200 meters of water resistance and a uni-directional dive bezel, the Nautilo gets more into the diver side of things with its new stainless bracelet.  We don’t have word on all the details, but the links contain screws for removal (a good thing) and the PR tells us it has a secure diving clasp, so assume a wetsuit extension.  News hasn’t hit the Anonimo site yet, but keep checking. 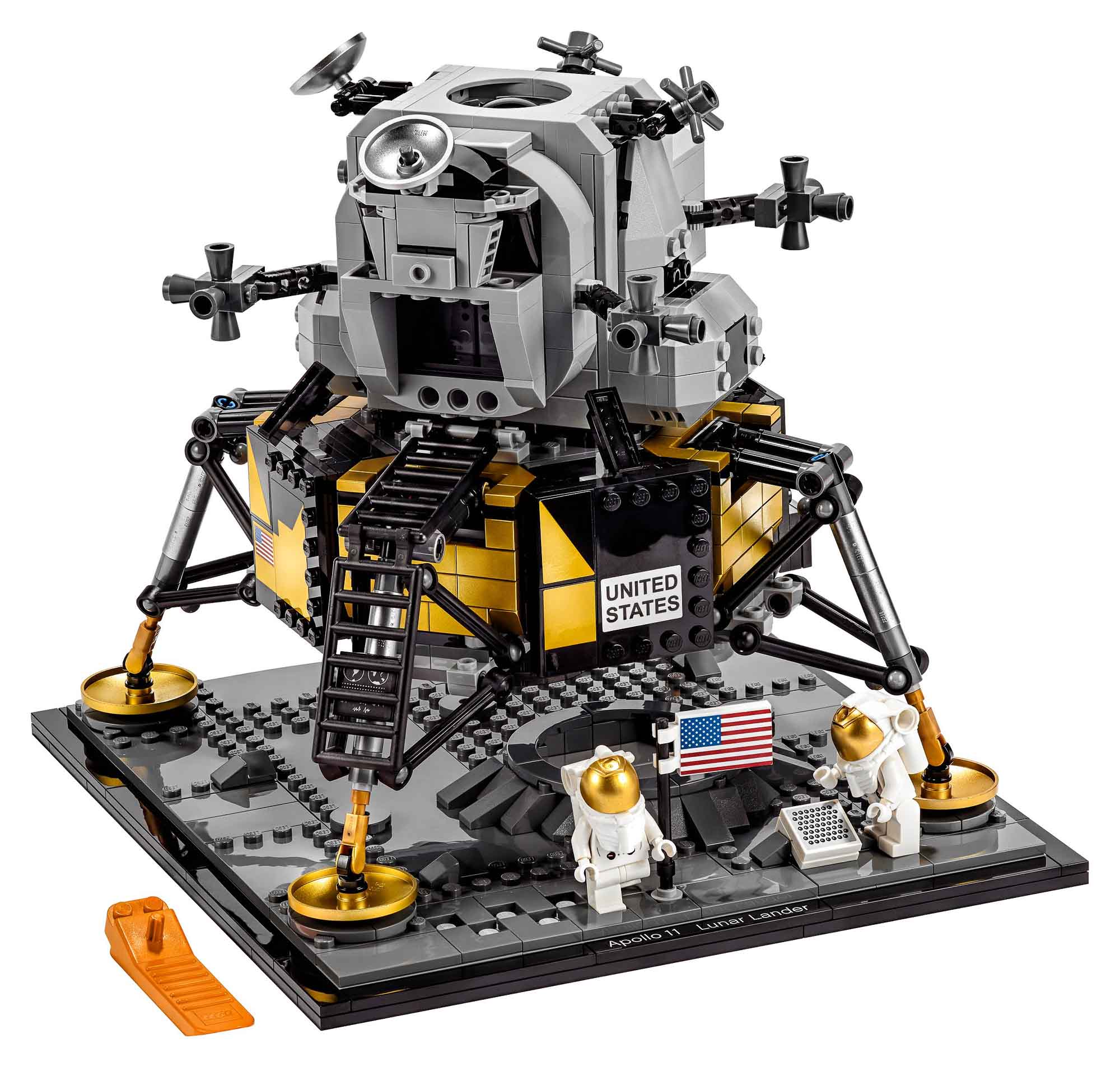 Yesterday, on June 1st, the Eagle landed in LEGO shops and online.  Yes, that’s right, LEGO dropped a new 1087-piece Lunar Lander as part of its Creator series.  Almost all of us Fratello dorks bought one (RJ and I bought 2 because the online system was seriously slow in sending out confirmations) and the early reviews online are pretty darn good.  At 90 Euros in Germany and 100 Euros in The Netherlands (hahahahaha!), this looks like yet another fun dust collector that I’ll enjoy building with my 4 year old daughter.  After all, I bought it becuase of her.  😉 . The Lunar Lander is in stores and on the LEGO site… 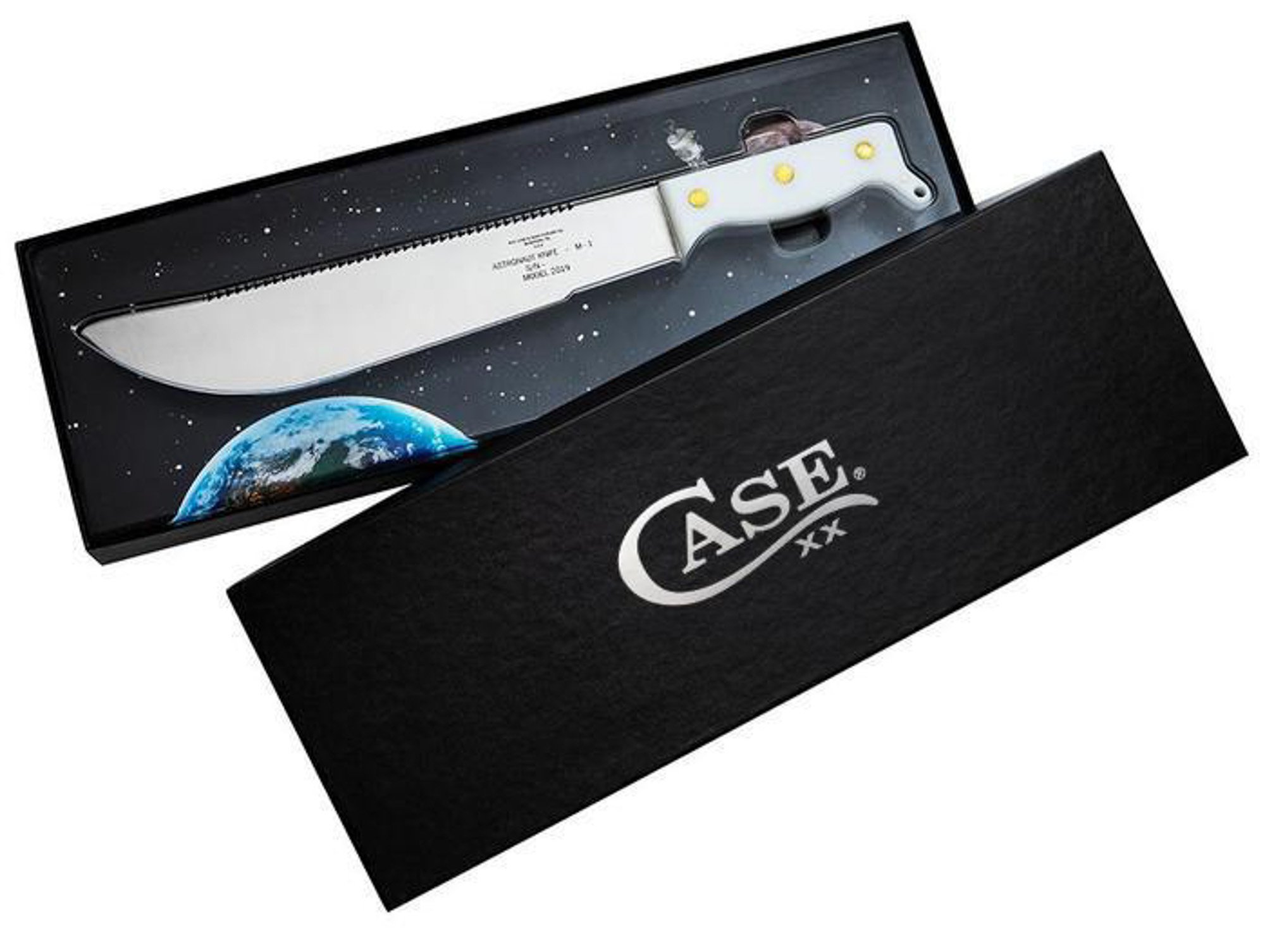 Speaking of Apollo 11 50th Anniversary items YOU DON’T want to buy for your 4 year old daughter, we have a couple cool things you might like.  First up is a Case Astronaut Knife M-1 Commemorative.  This was the knife that the astronauts carried with them from 1968-1972 to potentially perform all sorts of tasks.  It’s more like a machete and has booth a smooth edge and a serrated side on its stainless blade.  The white synthetic handle is also a carryover from 50 years ago.  At $232.99, this isn’t inexpensive, but Case is a proud USA brand (they’re still made there) and it’s not overly expensive in terms of collectible knives.  There was a limited version you can also find on the site, but it’s long sold out – check eBay or perhaps your local Case seller if you’re in the USA.  Head to Case for more info. 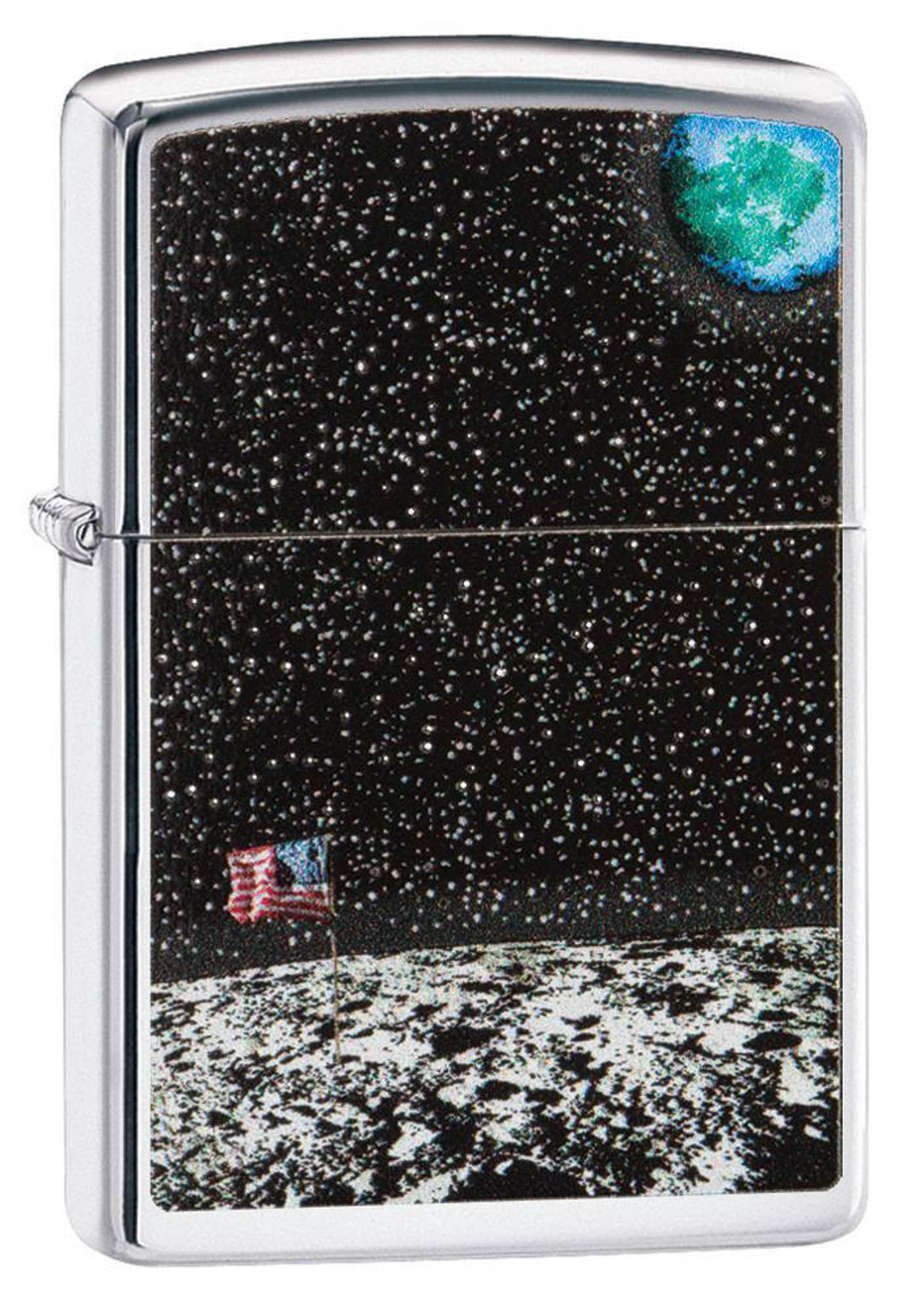 Next we have another Moon-related product from a classic American brand: Zippo.  If you’ve never had a Zippo lighter, they’re iconic and kind of fun to play with in a “I’m not the weird kid that likes to light stuff on fire” way.  That signature sound of flicking open the top has been around for a long long time and Zippos are still made in the USA and carry a ridiculous lifetime warranty.  Zippo just announced a Moon Landing model on a high polish chrome lighter.  At $28, this is a no-brainer if you’ve ever wanted a Zippo, but needed a reason – hey, I saw a lot of you guys smoking at the last SpeedyTuesday event. 😉  Here’s the link.  Of special note, there was also the 2019 Collectible of the Year for $100 featuring an astronaut holding the Earth above the Moon.  It’s sold out (14,000 were made), but I found them pretty easily online at various dealers.  Have a look here to see if you’d like to track one down for your space-related collection.

Folks, that is all for This Week in Watches for June 2, 2019.  Enjoy the rest of your weekend!