Howdy folks, it’s This Week in Watches for March 16, 2019!  Next week is Baselworld 2019, so note that we’ll be taking a hiatus from TWIW next weekend, but never fear, my dulcet tones will return the following weekend.  And now… 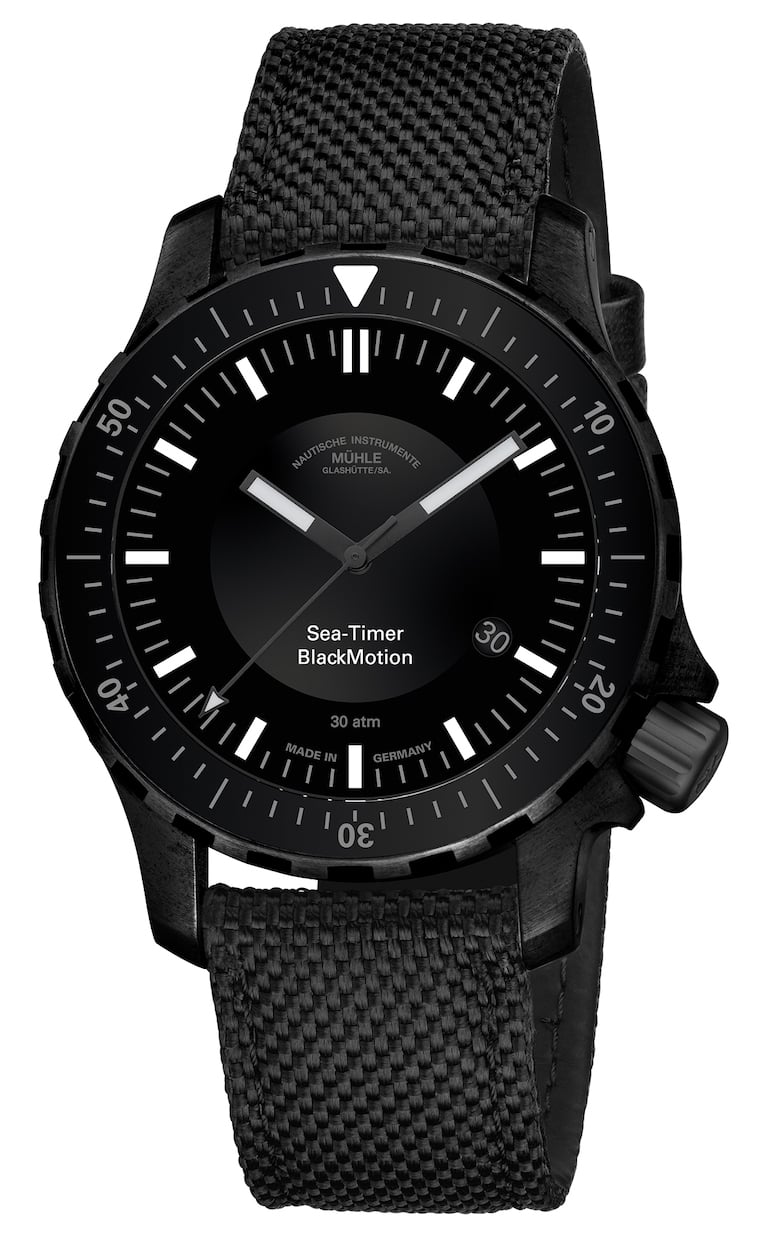 There’s nothing like the smell of umlaut in the morning and here we are with the Mühle-Glashütte Sea-Timer BlackMotion, a 300M water resistant “adventure” watch in 44mm.  The case is PVD-coated with TiC (titanium carbonate if I have my chemistry in check) and a Sellita SW 200-1 toils away inside. A water resistant black textile strap is fitted to the watch and has a rubber backing.  While PVD watches are anything but new, they clearly have a following.  Heck, a buddy of mine in Deeeeetroit (hey there, Austin) even sent me a note about this watch telling me how much he liked it before I’d seen it.  This isn’t a small watch, but it has a clean, purposeful look to it.  Pricing seems to be 2,200 Euros. Head to M-G’s official site for more information. 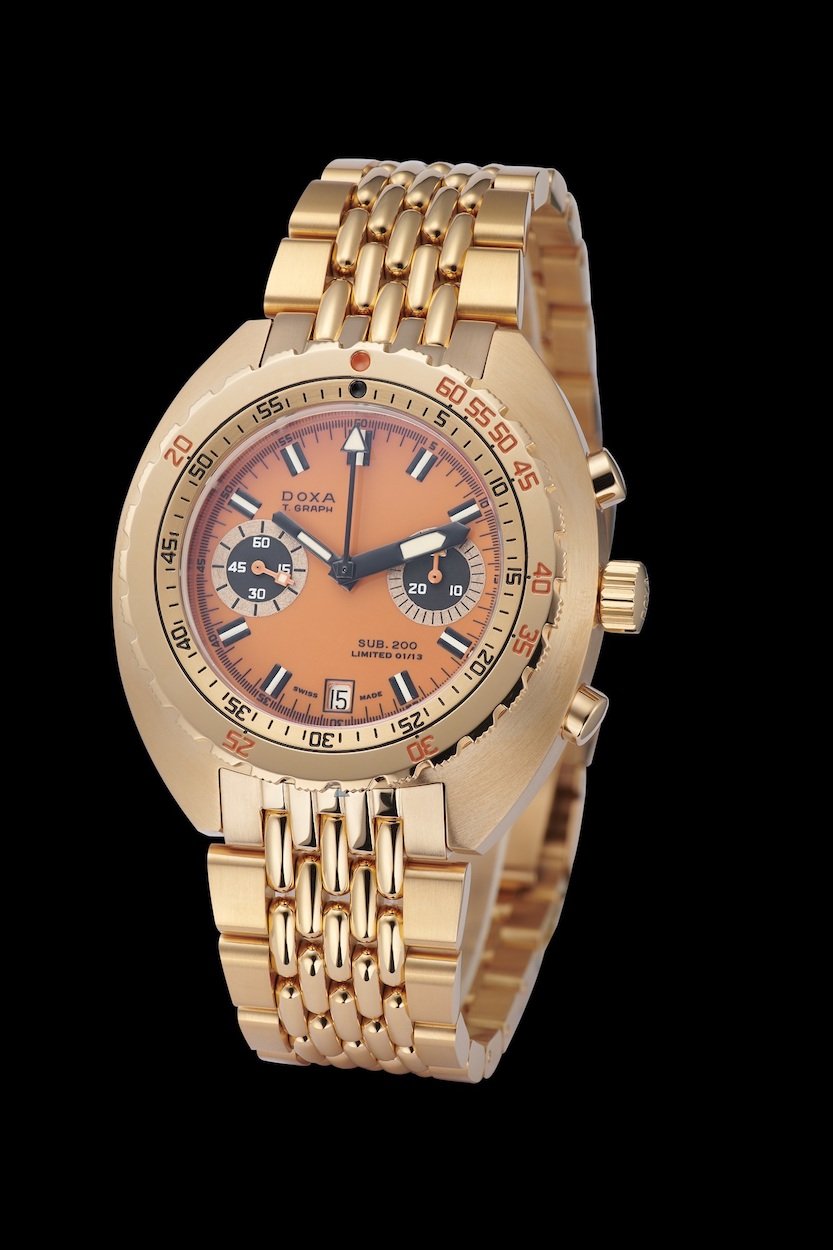 Now, this one came from waaaaaaaaaaaay out in left field.  Doxa sent news that it will celebrate the 50th anniversary of its cult-classic Sub 200 T.Graph in gold.  There’s a hint of precedence there as a gold Sub 300 was apparently made by special order in the 70’s for a French diver.  Anyhow, the brand will make 13 (that’s all) pieces in 5N, 18K gold and will fit them with NOS Valjoux 7734 movements (that’s pretty cool).  Available on an orange rubber strap with the option of a custom-built gold beads of rice bracelet, I want to like this.  I mean, I’m in this odd phase in life where gold is a bit like bacon – I’d take it paired with just about anything.  On the other hand, the word is that this piece will sell for somewhere just shy of – wait for it – $70,000.  Yeah…  I’ve spoken to more than one dyed in the wool Doxa fan about this watch and, needless to say, their feathers are ruffled about this one.  Also, take a look at the dial…let’s hope those sub registers are renders that will receive tighter detailing.  Still, chutzpah is chutzpah…if you’re interested in one of these, I’d imagine an email to Doxa will be followed by a quick response.  Doxa’s website is legendarily slow to update (and almost beloved for this), so no news is currently there. 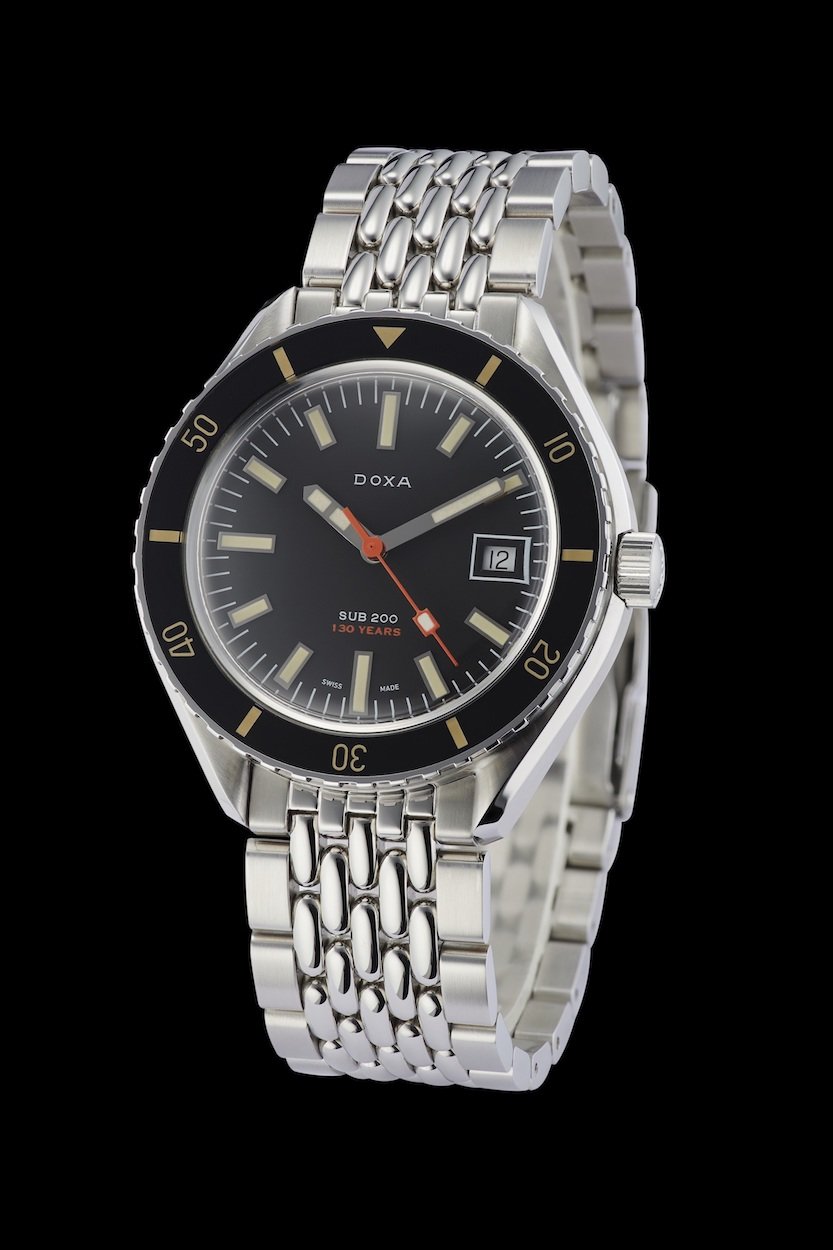 In other news, Doxa sent the first images of a new Sub 200 – based on a design that pre-dates the legendary Sub 300.  When we met with Doxa last year at Baselworld, we handled the original piece and it’s hard not to like.  It had what I’d guess was an HF case that was also seen on early Seamaster 300’s and Eterna Kon-Tikis and had a simple, attractive dial.  This new piece looks pretty good and I can even get my head around the “130 years” writing.  Inside is an ETA 2824-2 and pricing is said to be very reasonable at around $1200.  130 of these will be made, but it foreshadows a new line to be released later this year using this style of case.  The case is 42mm and the water resistance is 200M. 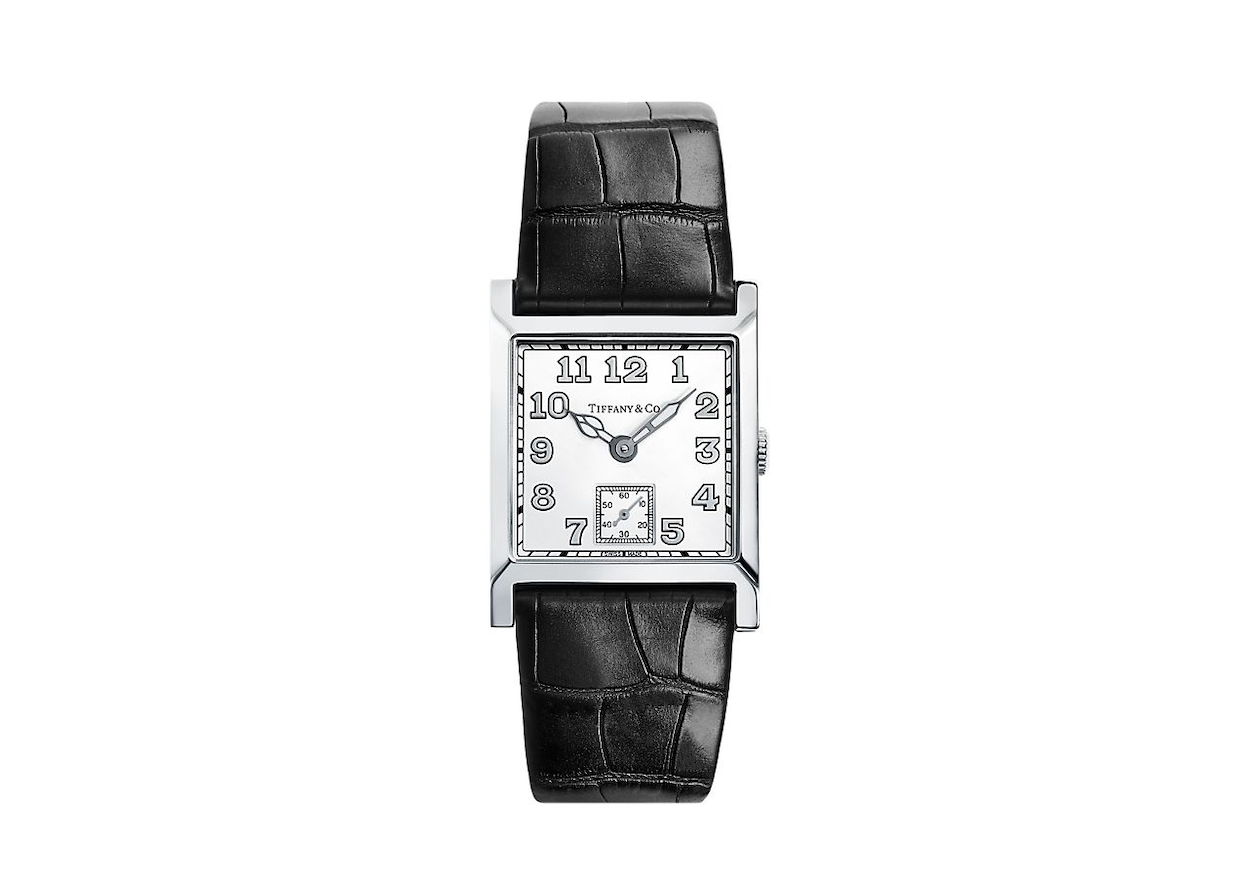 I’m roughly a month late on this, but I think it’s worth showing here.  When I was in Florida last month, my Mom showed me an email from Tiffany & Co and it featured a pretty cool watch.  As a follow up to 2017’s Limited Edition Square in gold, Tiffany has released a version in stainless steel.  What’s more is that the watch has an in-house manufactured manual wind movement (cal TCO.1874M) that’s square as well.  Nope, it’s not a round movement shoe-horned into a square case to save money.  I find this watch truly attractive at 27mm all the way around (apparently, it’s nearly 39mm in length) and it retails for $4,500.  Not all Tiffany boutiques will carry this, though, so you may wish to call and see if they can bring one in for you to try – or, simply fly to New York and try to grab some breakfast there while you’re at it! It’s limited although for the life of me, I couldn’t find out how many pieces will be made.  For a bit more information, head to the Tiffany site.

As you can see, it was a fairly light week for This Week in Watches.  Stay tuned for all kinds of Baselworld 2019 news and we’ll see you back here in a couple of weeks!