URWERK will not be a strange name to the readers of Fratello. The Swiss brand is a personal favorite of mine, and I have enjoyed writing about its launches on more than one occasion. Today’s launch is somewhat bittersweet, though, as it marks the final release in the UR-105 family. Why is that bittersweet? Well, where one thing comes to an end, it paves the way for something new to rise from the ashes!

Early on in its conception, URWERK decided it wanted to remain staunchly independent at all costs. This meant limiting growth and production despite much advice to the contrary. To stay true to that mantra, it only produces less than 150 watches every year. Urwerk’s co-founder, Felix Baumgartner, explains, “This means that we reluctantly have to ‘kill’ a collection to bring a new creation to life. And time for the UR-105 CT is now running out”. 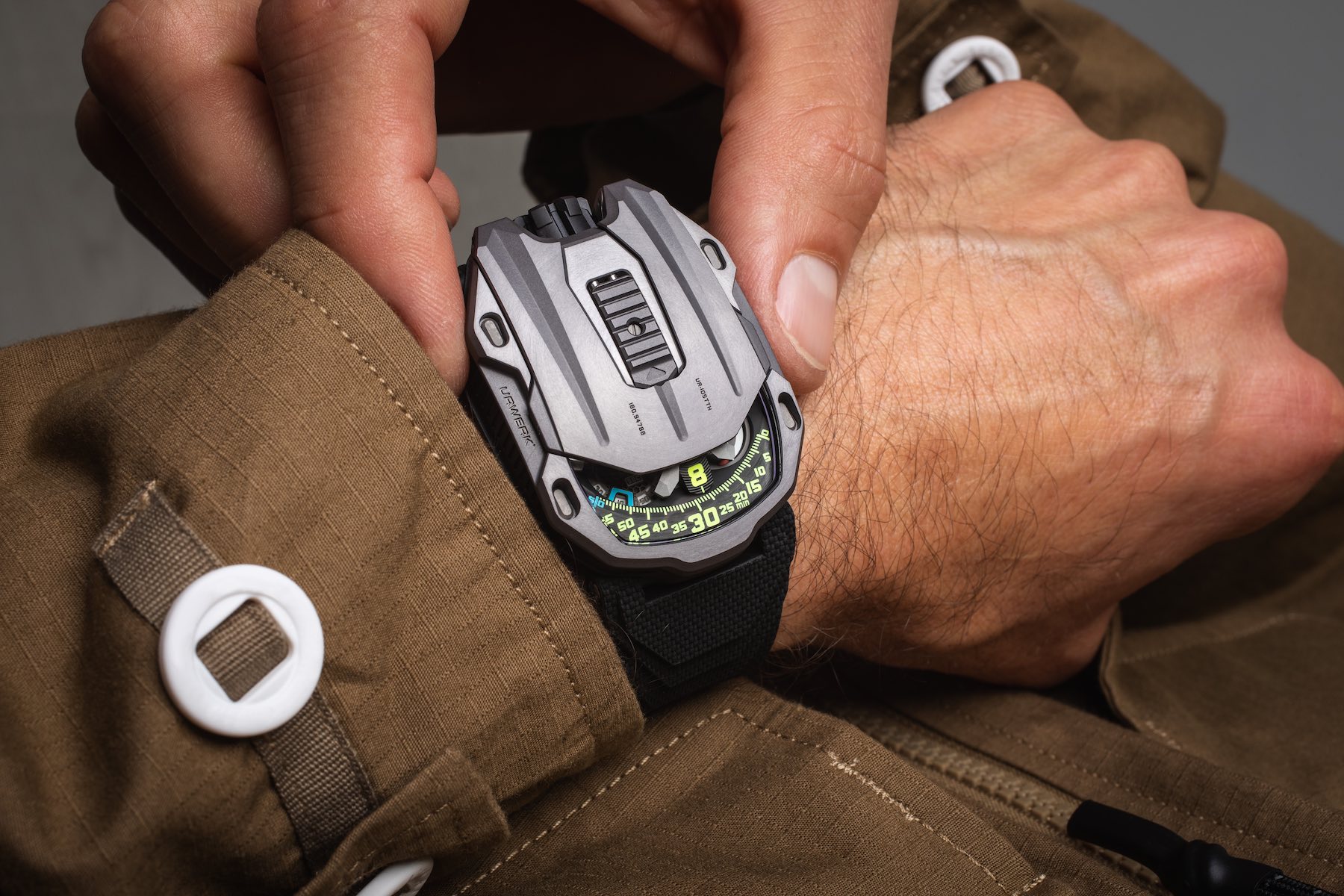 As the name suggests, the UR-105 TTH “Tantalum Hull” uses tantalum for the titanium case’s lid-like protective “hull”. Tantalum is not a common metal in general, yet alone in watchmaking. Previously known as tantalium, it is named after Tantalus, a villain from Greek mythology. Tantalum is a rare and extremely hard, blue-gray, lustrous transition metal that is highly corrosion-resistant. Unfortunately, this hardness makes it so tricky to work with, both from a machining and finishing point of view. Urwerk’s other co-founder, Martin Frei, said, “We made a UR-110 out of tantalum a few years ago – a first that almost was the last. The team made me promise never to use it again because tantalum ‘eats’ our CNC machines’ bits. It destroys them, reducing their life by a factor of three. But I love its blue-gray luster. Pure magic!”.

Tantalum is a very solid metal. One of its many intriguing properties is its density, weighing approximately the same as platinum. This gives it comparable heft and presence on the wrist. In addition, its signature, cold hue, and unwillingness to play ball make it a logical choice for such an avant-garde brand like URWERK. So I can understand why URWERK takes great pleasure in taming the problematic metal. 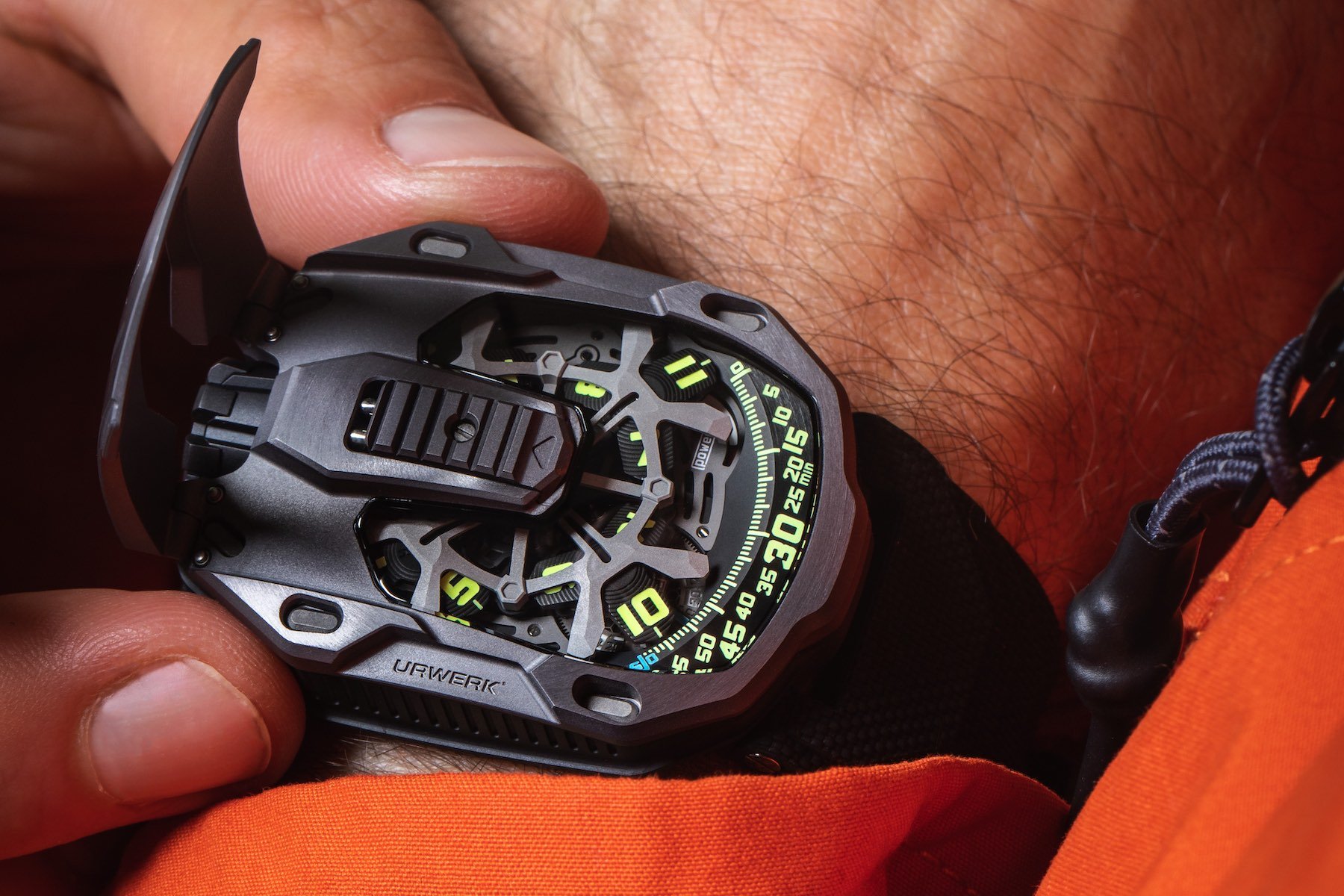 URWERK first introduced the UR-105 silhouette in late 2017, as the UR-105 CT. With a decided art-deco vibe and its signature opening hull, the watch was very well received at the time. However, the new UR-105 TH eschews the art-deco inspiration and takes the watch into a more futuristic direction, more akin to the brand’s recent inspiration with the UR-220 Falcon Project. It’s a look which very much suits the UR-105 and URWERK as a brand, in general.

When the user activates the sliding clasp of the UR-105 TTH, the hull opens to reveal the inner workings of the satellite time movement, which is built on an all-new skeleton carousel. The latter supports four hour satellites, each displaying three hour numerals that rotate in turn along the minute track, providing analog and digital time displays. 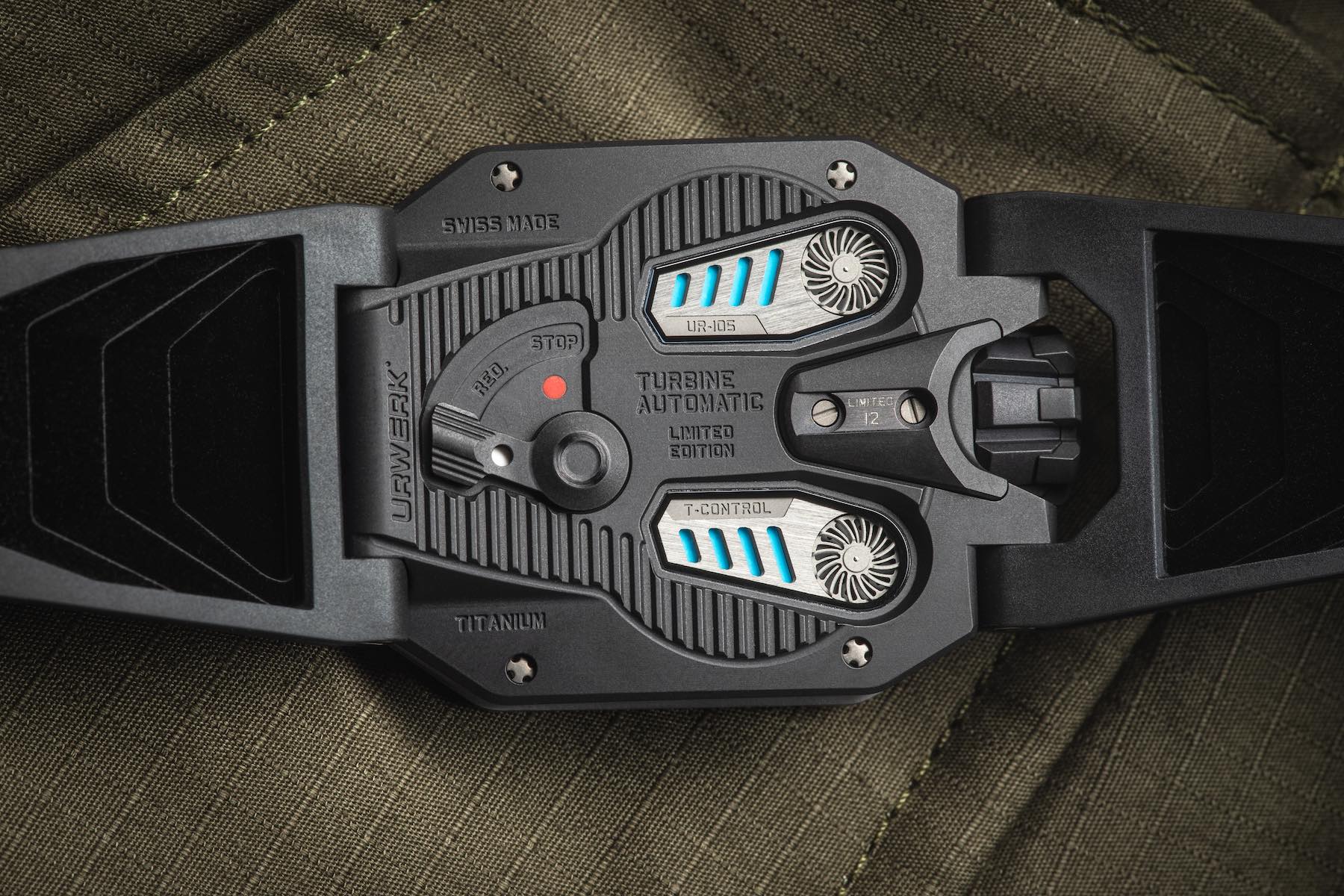 A power reserve indication and digital seconds complete the information on the dial. The digital seconds displaying the seconds in ten-second increments is particularly remarkable. To make it as lightweight as possible, the seconds disk was created using the LIGA photolithography process, and the marker is openworked. As a result, the total weight of the display is less than 0.10 grams.

On the back, two turbines regulate the movement’s automatic winding system. This can be easily adjusted using a small lever according to how active the wearer is. In the “FULL” position, the slightest movement of the wrist is enough to wind the mainspring. In “STOP” mode, the automatic winding system is deactivated, and the UR-105 is manually wound. A third intermediate position, “RED” (for REDUCED), moderates winding to minimize any excessive tension and wear. 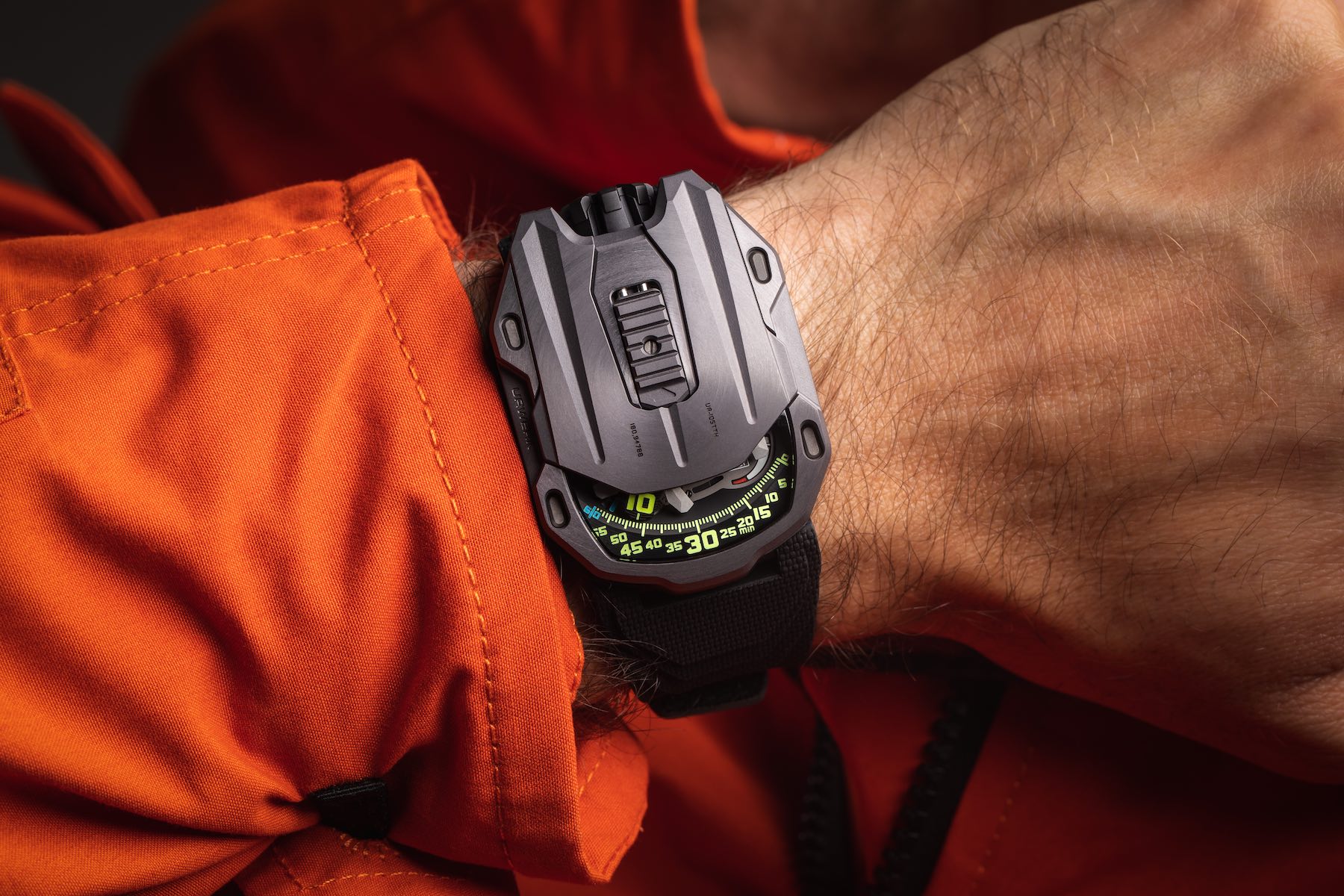 The URWERK UR-105 TTH “Tantalum Hull” is limited to just 12 pieces and costs CHF 77,000 (excluding taxes). While it is sad to see such an iconic member of the URWERK fold make its final outing, the UR-105 TTH is a fitting tribute, and I remain excited to see what’s next from my favorite independent brand! You can find out more on URWERK’s website here.