The circle of life. No, I’m not referring to The Lion King. Instead, I’m talking about the 222, the Vacheron Constantin watch that evolved into the Overseas and re-appeared earlier this year as the Historiques 222. And when it did, it painfully pointed out what’s wrong with the current Overseas. It even rendered it obsolete.

If you look at the circle of life as a philosophical concept, the premise is that you start at the end and end at the beginning. The 222 debuted in 1977 as a watch that celebrated the 222nd anniversary of Vacheron Constantin. The barrel-shaped case got a notched, round bezel with design elements of the Maltese Cross also seen in the integrated bracelet. The 222 came in three variations — steel, steel and gold, and full gold. There was also a choice between two case sizes. The 38mm version was equipped with the ultra-thin caliber 1121, and there was a 34mm quartz model as well. The 222 was discontinued in 1984. When “VC” launched a chic sports watch in 1996, it wasn’t called the 222, but the Overseas instead. 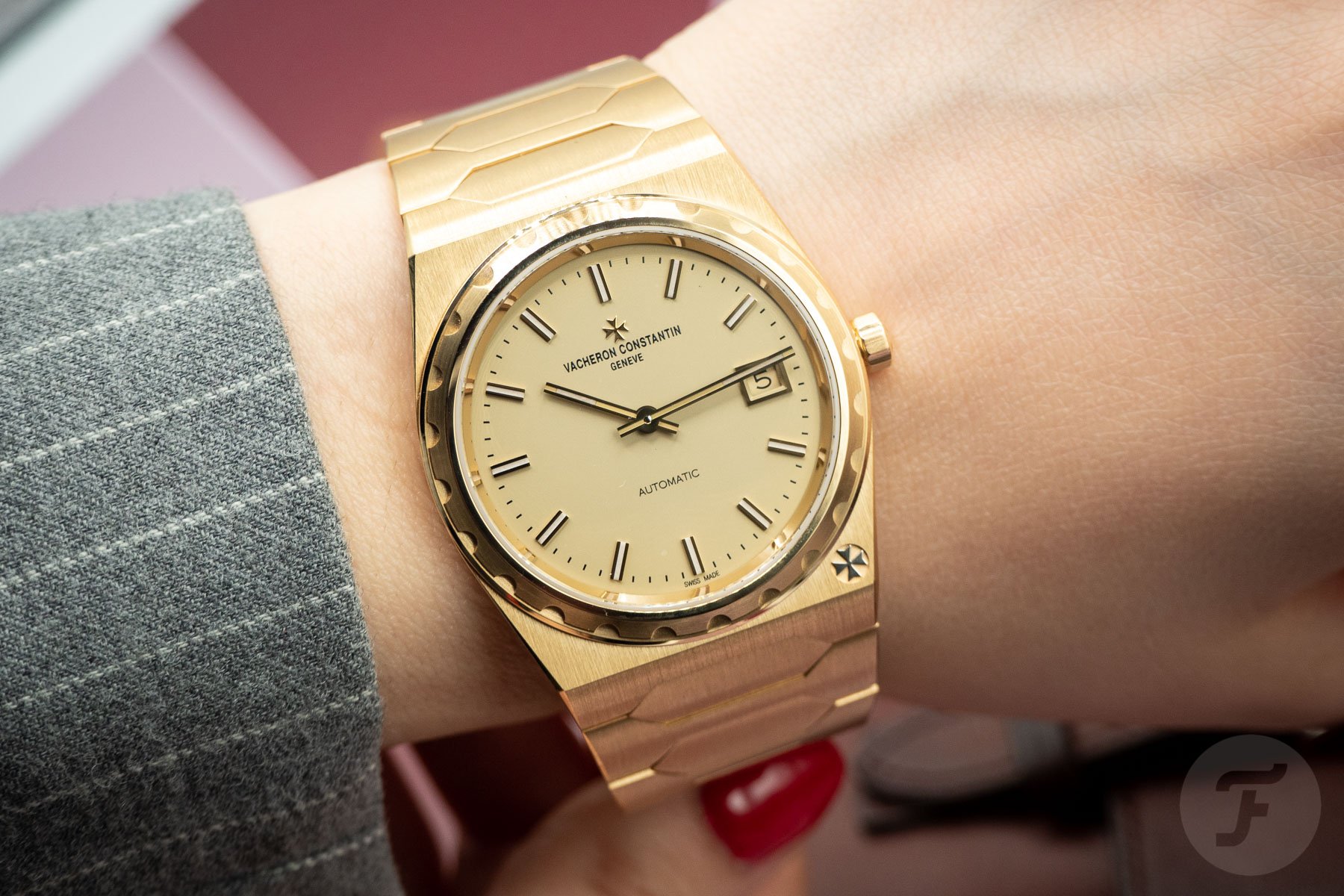 The Vacheron Constantin Historiques 222 — An evolution, but not as we know it

The Overseas took a lot of design cues from the celebratory 222, but it put more emphasis on the sporty side of things. Over time, the Overseas evolved and received its last update in 2016. And during Watches And Wonders earlier this year, the Perpetual Calendar Ultra-thin Skeleton and Tourbillon Skeleton found their way into the 31-strong Overseas collection. But it was the unveiling of the Historiques 222 that drew all the attention, leaving even the thinnest, most see-through, and most complicated Overseas in the dark. It’s tempting to state that the birth of the Historiques 222 (€72,000) demonstrates a watch life that has come full circle. But it doesn’t, and that’s because the Overseas is not discontinued.

Ticking all the boxes

The 222 was THE most talked about watch during this year’s Watches And Wonders. And that makes perfect sense given the zeitgeist of our age. The 222 rides both the retro and the luxurious sports watch waves — a clever move by VC. The 222 is, after all, another alternative for the chic sports watches made by the usual suspects Patek Philippe and Audemars Piguet. But the 222’s appearance also garnered a massive amount of attention. Whereas both the current Nautilus and Royal Oak now seem all too familiar, the vintage shape of the new Historiques 222 — a meticulous re-creation of the original 222 — had been out of the spotlight for a few decades. As a result, it now appears completely new and fresh.

Although the 222 and Overseas clearly have a shared history, the retro watch appears parallel to the Overseas in a separate family. Yes, the 222 is related, but it also makes the different Overseas models look like the in-laws you don’t care for all that much. 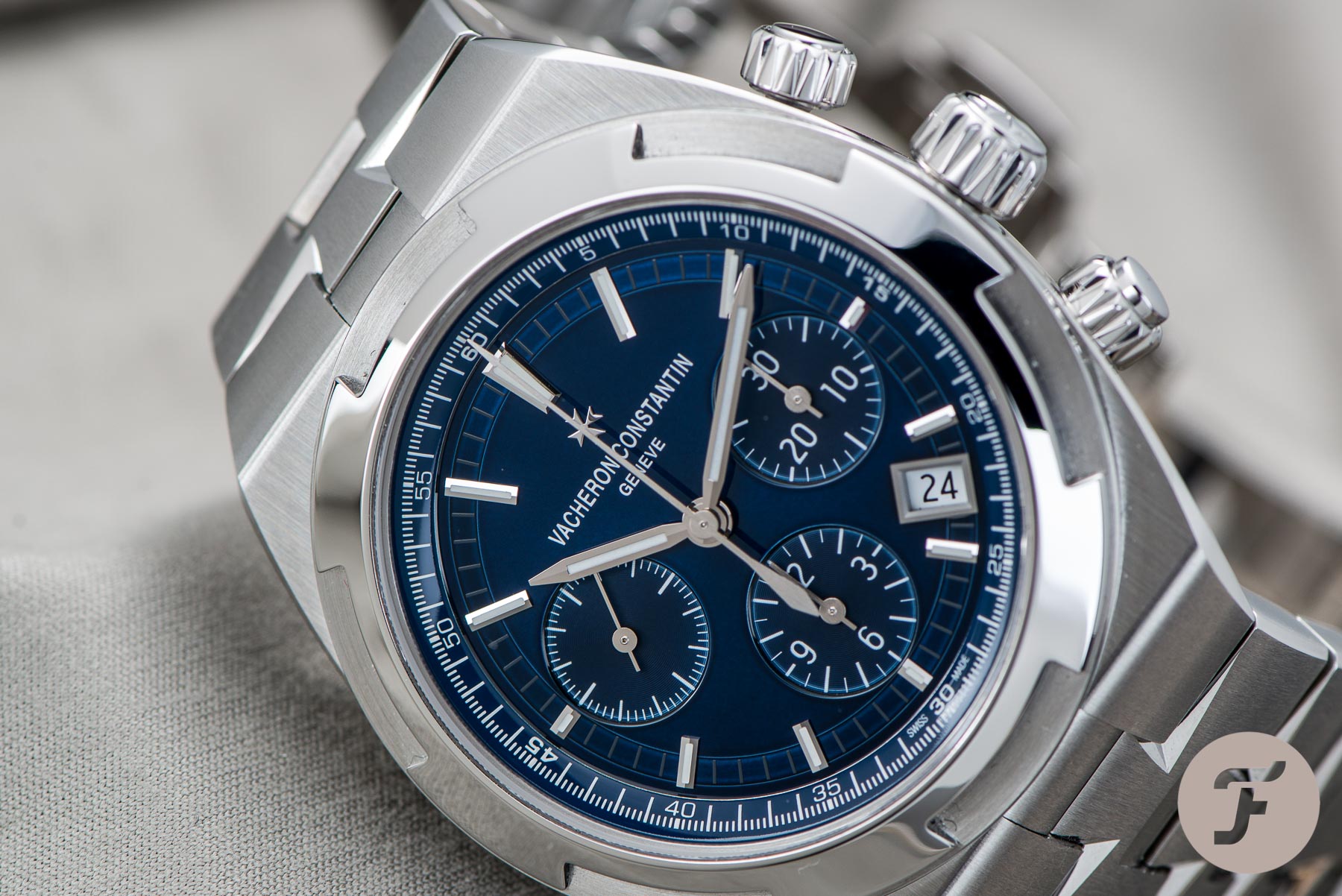 You can’t talk about the Overseas without mentioning both the Audemars Piguet Royal Oak and the Patek Philippe Nautilus. I already did that, but let me elaborate a bit more. For a long period of time, the Overseas was the overlooked watch. Without being too harsh, one could say that the recent attention for the Overseas was the result of the unavailability of both Royal Oak and Nautilus. For most of its life, the Overseas sailed solo in very calm waters without a lot of wind in its sails. Vacheron Constantin’s reputation just isn’t on par with AP and Patek. Yes, traditionally, VC is a member of the so-called “Holy Trinity” that also includes AP and Patek, but it’s also not the strongest member of that unofficial horological society.

The frantic search for surrogates uplifted the Overseas, and some references even became unavailable too. But success solely based on availability in a world where image and prestige plays a priceless role is uncertain at best. 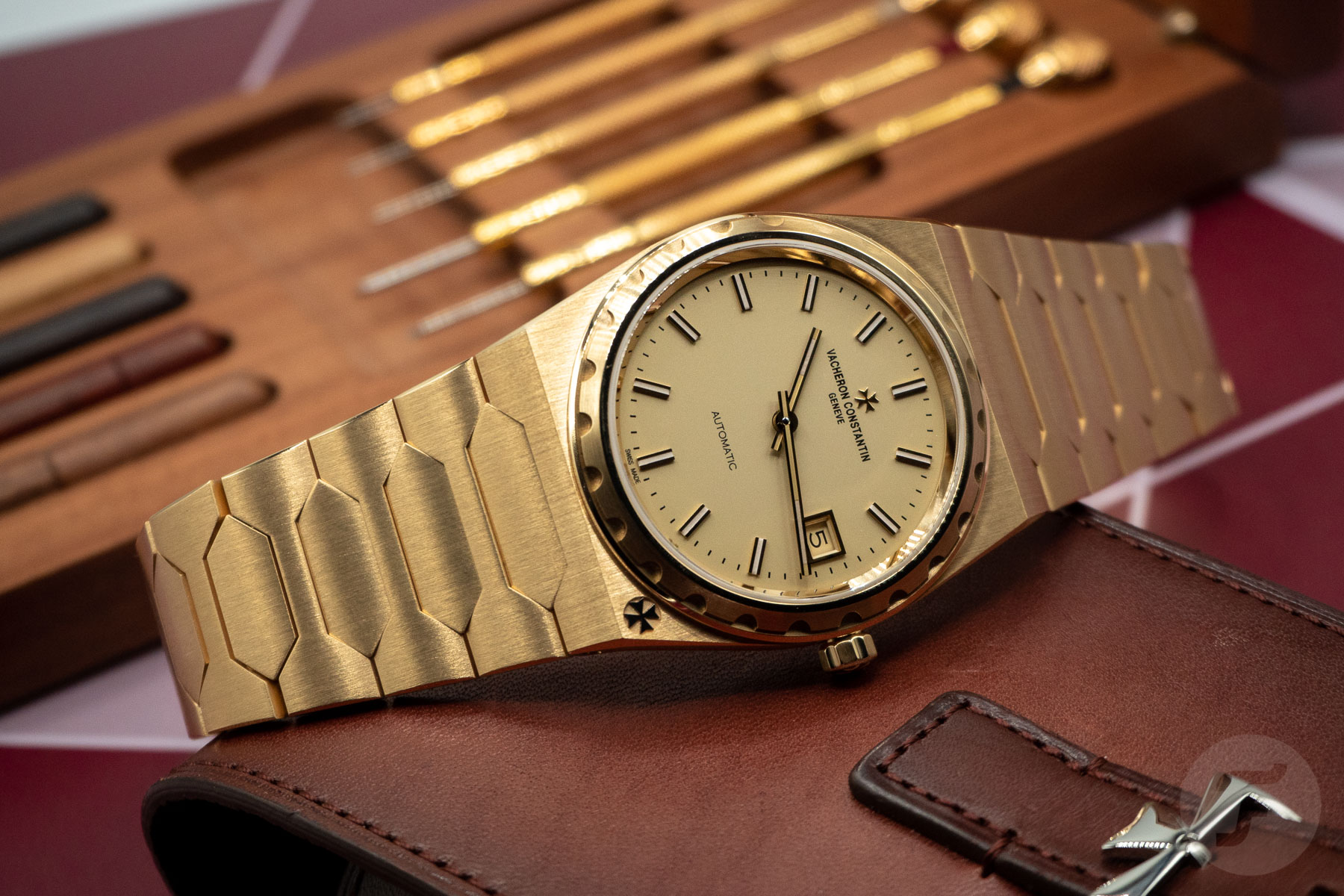 One of the elements of success when it comes to the “RO” and the Nautilus is the man behind the design, Gérald Genta. As you might know, the original 222 was the brainchild of German-born designer Jorg Hysek, who was 24 years young when he designed the watch. Even the evolved versions of the Royal Oak and the Nautilus have the original in their DNA, and on top of that, the design has timeless qualities. The 222 is, first and foremost, a 1970s design. The Overseas that it morphed into lost that 1970s vibe and grew bigger and bigger. It also lost most of its subtlety. Yes, the Overseas is a modern variation of the 222, but especially the Maltese-cross-inspired bezel and bracelet of the post-2004 and pre-2016 Overseas models are very angular and prominent. The result is too different to be called a natural evolution of the original model. 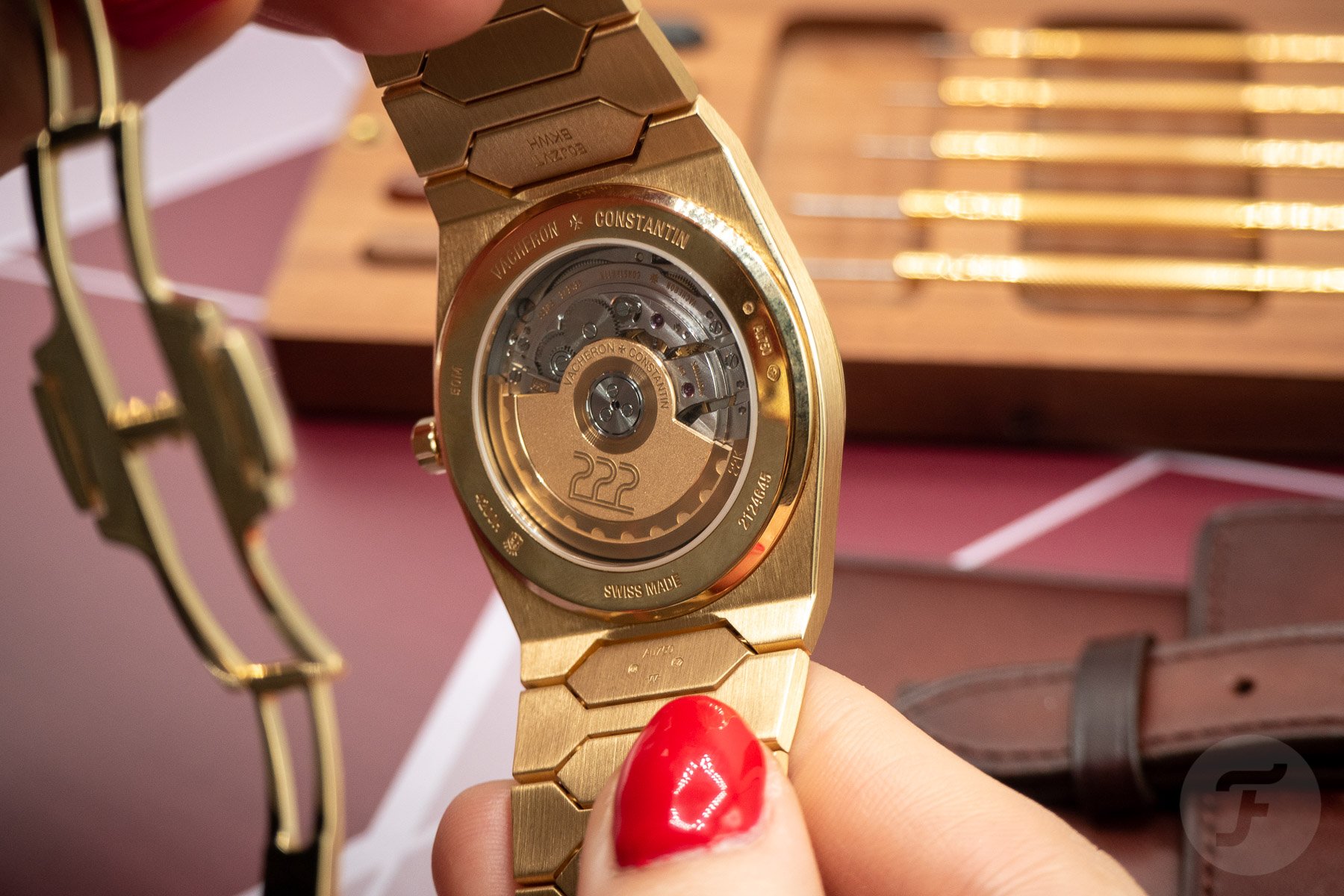 When Vacheron Constantin decided to update the Overseas collection in 2016, the brand chose to cut the sharpest features of the Overseas and smooth things out, so to speak. While I find the more rounded appearance quite pleasing, it’s also yet another quite vigorous cosmetic update. It’s difficult to spot the 222’s DNA in the current Overseas, but the differences between the various generations of Overseas models are also too big to speak of a consistent, consequential evolution. In other words, the Overseas has changed too often to become an untouchable icon.

And that become all too apparent when the Historiques 222 debuted. The bracelet of the Overseas, for instance, is passive-aggressive — rounded and smooth, but very protrusive nonetheless — while the new 222 with its hexagonal shapes is svelte and subtle. And the original notched bezel of the 222 is far superior, in my opinion. The original bezel is, well, an original. The bezel of the Overseas, however, is a redesign of an interpretation of the original bezel. 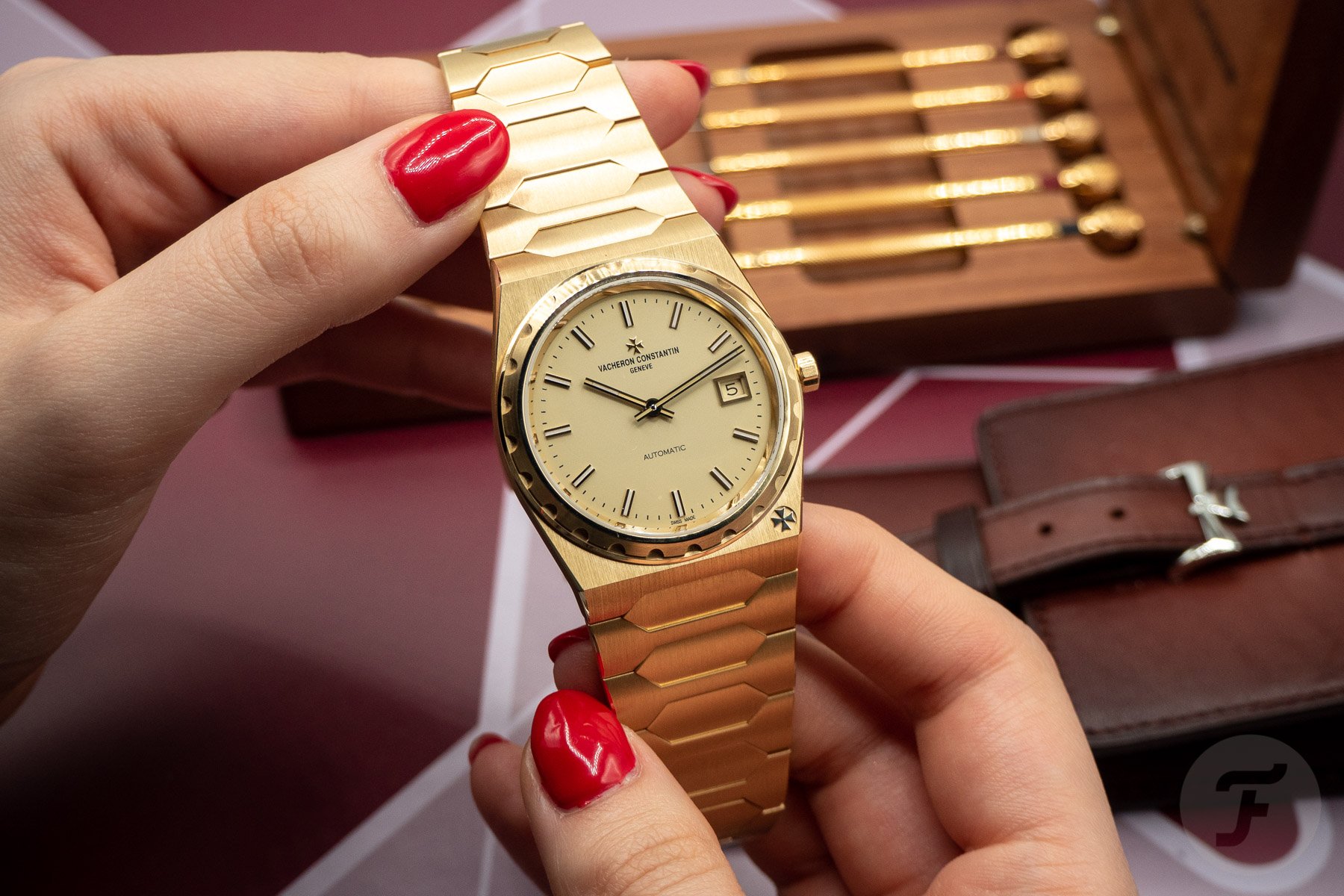 Maybe it’s like this with the Overseas. VC took the 222 on a road trip in 1996 and decided to give its brainchild a new name. “Overseas” sounded adventurous, and so was the travel into the great unknown of the future. But at a certain point, the brand got confused about the route; was the Overseas still on the right track? So the brand changed course, changed course again, but still decided to push on, unaware that it was, in fact, lost. Instead, VC should have turned back decades ago to the original starting point — the 222 of 1977 — and given it another try. 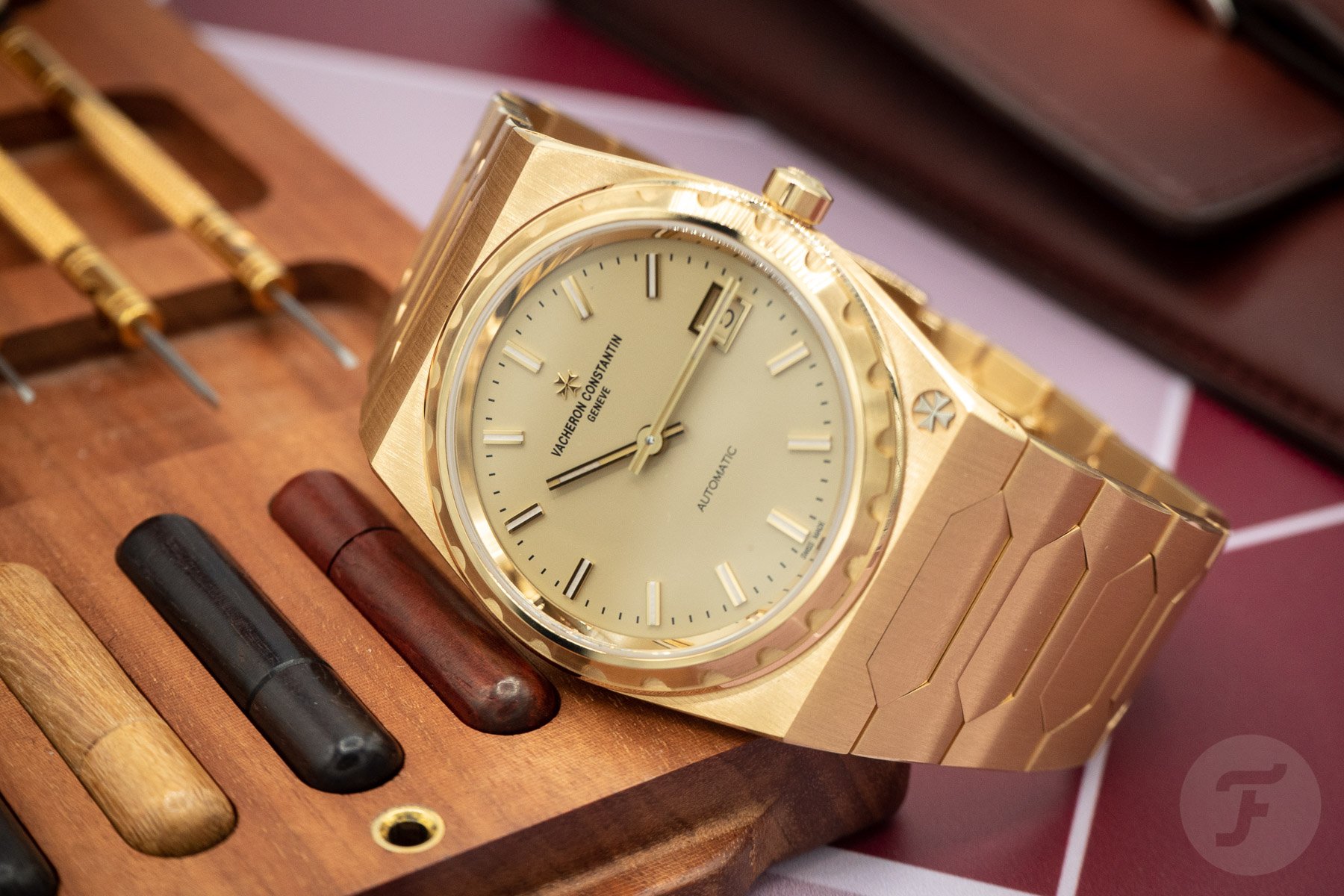 Unfortunately, VC didn’t cancel the Overseas “road trip” and did not return to the starting point and the drawing board. Instead, it continues to push on with the Overseas and simultaneously revived the 222 in its parallel Historiques universe, the place where the remarkable American 1921 also exists in a number of variations. It’s only a matter of time before the Historiques 222 will debut in steel, steel and gold, and maybe even in platinum. And by releasing these iterations, VC will only further weaken the name and reputation of the Overseas. The purity and design of the Historiques 222 are assets that have a fighting chance against the Royal Oaks and Nautiluses of this world. There’s no other way of putting it: the new Historiques 222 renders the Overseas obsolete. Long live the 222!