You probably know that we have a strong focus on watches that are available for the wider audience. Watches that represent excellent value for money. In my book a watch is considered a member of the above group if it has a mechanical movement and a price tag up to $3,000 USD. The watch we are about to review today is no exception from this category. For your viewing pleasure: the Davosa World Traveller Automatic. 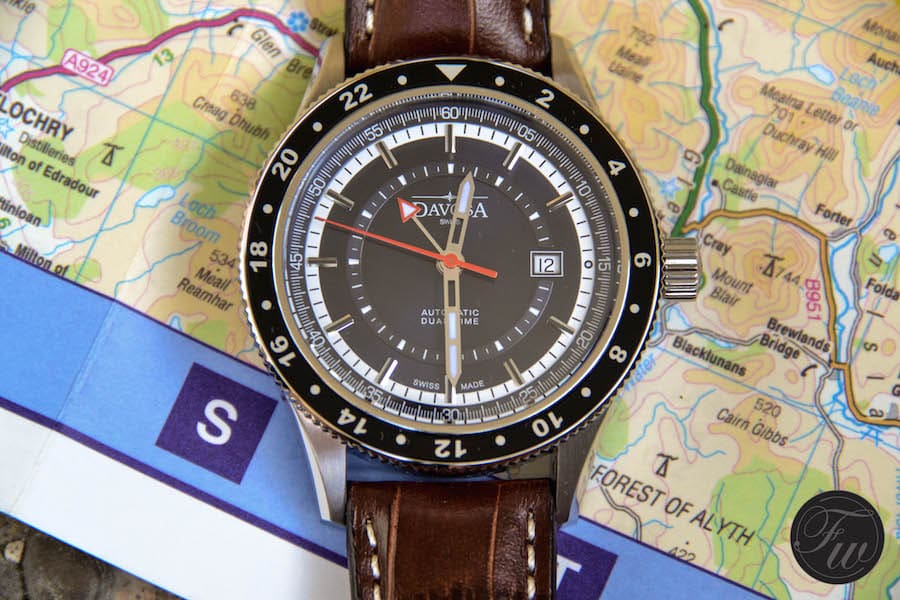 I think the first time I came across this brand was an ad in one of those onboard magazines during a flight. To be honest I did not know if this was a resurrected old brand or a fairly new company. Well it’s a little bit of both. Davosa was founded in 1993 in Germany where the brand still resides. Despite the German headquarters the watches are Swiss made.

The people behind the brand however have a long history in this business. The Hasler family has been involved in watchmaking since the 19th century. With their knowledge and experience the Davosa rests on strong pillars. 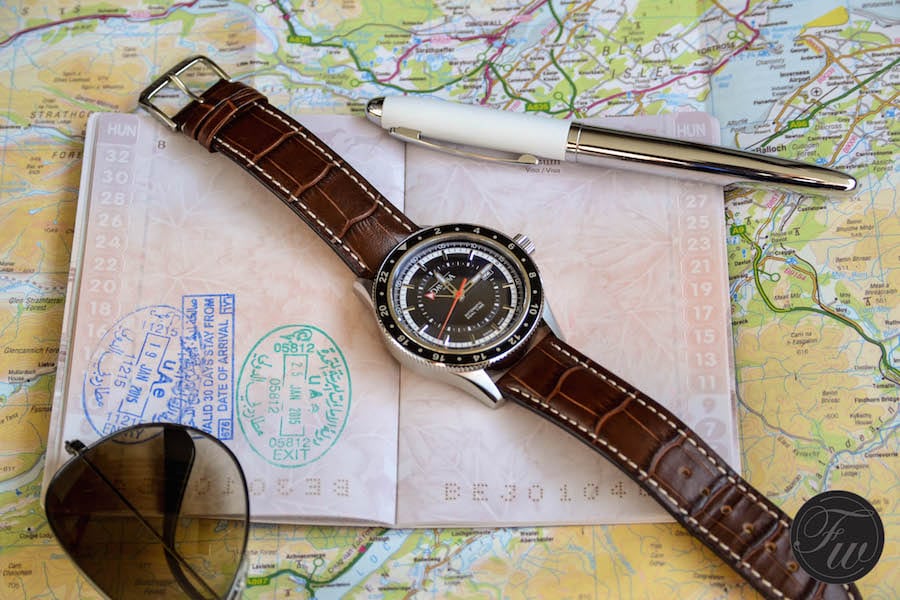 Davosa has a variety of watches to offer. From quartz to mechanical, diver to pilot there are many models you can choose from. They also offer some great accessories. Some of the pieces fall under the same design as many other brands of the category but the World Traveller is different. With its distinctive design it stands out of the other Davose models.

After opening the watch box the first thought that comes to your mind is that this is an exceptionally large watch. The case is not too thick (approx. 12mm for the GMT only, and 15mm for the chronograph version) and the design of it is very classical yet the diameter is a whopping 44mm.

Yet due to the case size proportion it does not feel too large on your wrist. It is not for the faint hearted that is for sure, but don’t be afraid to try it as it wears much smaller than a Panerai for instance. This could be the effect of the black non-rotating bezel that nicely frames the dark blue (or silver dial). I received the blue dial version, which has a very dark tone, almost black-ish from certain angles. This also results in the “shrinking” of the watch optically.

The crown is screw-down of course to ensure the water resistance of the watch up to 5ATM. After you pull the crown out there is nothing surprising, in first position you can set the GMT hand (screwing it clockwise) and the date (screwing it counterclockwise) in the second position you set the time. The case is plain and simple: polished and brushed stainless steel.

The case houses the heart of the watch: ETA’s two work horses, caliber 2893-2 for the GMT and the classic ETA/Valjoux 7754 for the chronograph version. As with most modern watches, the hands and indices are applied with Super LumiNova. Speaking of the indices, they are raised and hand applied onto the dial witch is covered by sapphire crystal. Flip the watch over to have a peek inside through the transparent case back and it reveals the rhodinised movement and the rotor decorated with Cotes de Genéve. The Davosa World Traveller is only available on a leather strap (22mm between the lugs). The watch I reviewed came on a dark brown leather calf strap, with alligator grain. 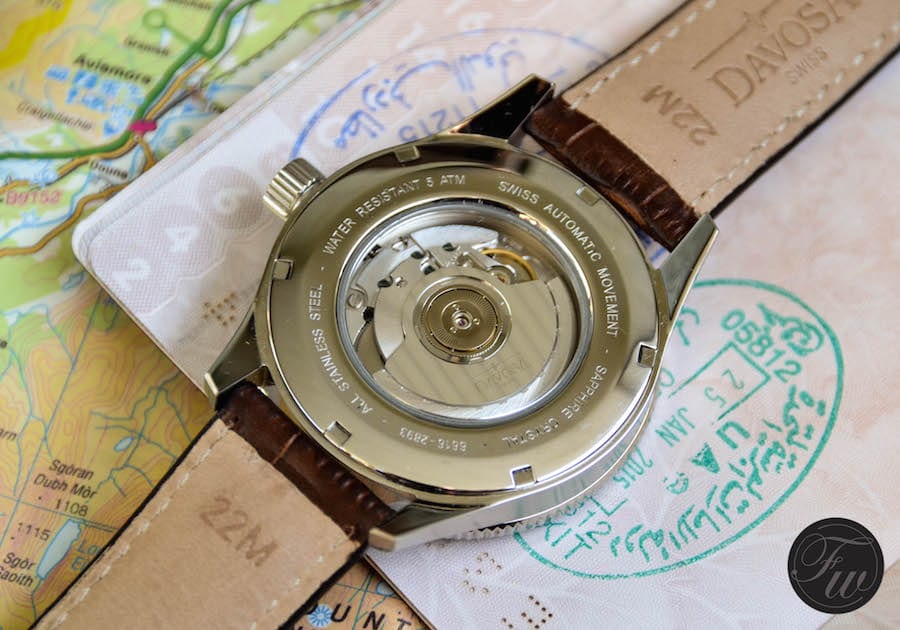 The Davosa World Traveller reference 161.501.45 is priced at €1098 Euro. The chronograph version comes at €1998 Euro. For €1098 Euro, you will receive an automatic timepiece with an interesting – and especially useful – complication. If you are a frequent traveller, do business with people in different time zones or have friends/family in different time zones, it will be a nice companion.

The Davosa World Traveller comes with that funky 1970’s design but is by all means a modern watch, with its 44mm diameter and sapphire crystal. I love the fact that this watch represents so much value for money and would certainly recommend it to people who are in the market for an affordable watch with GMT function. 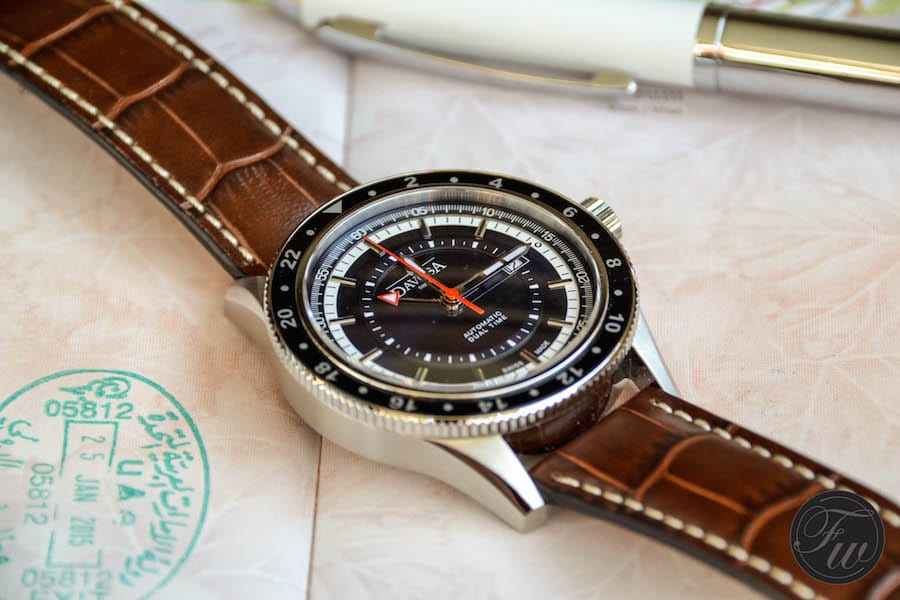 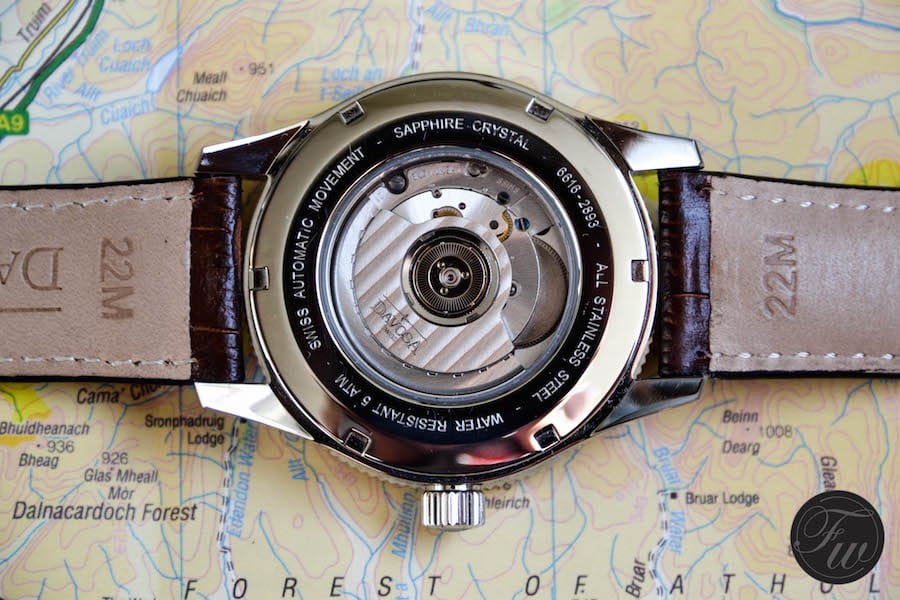 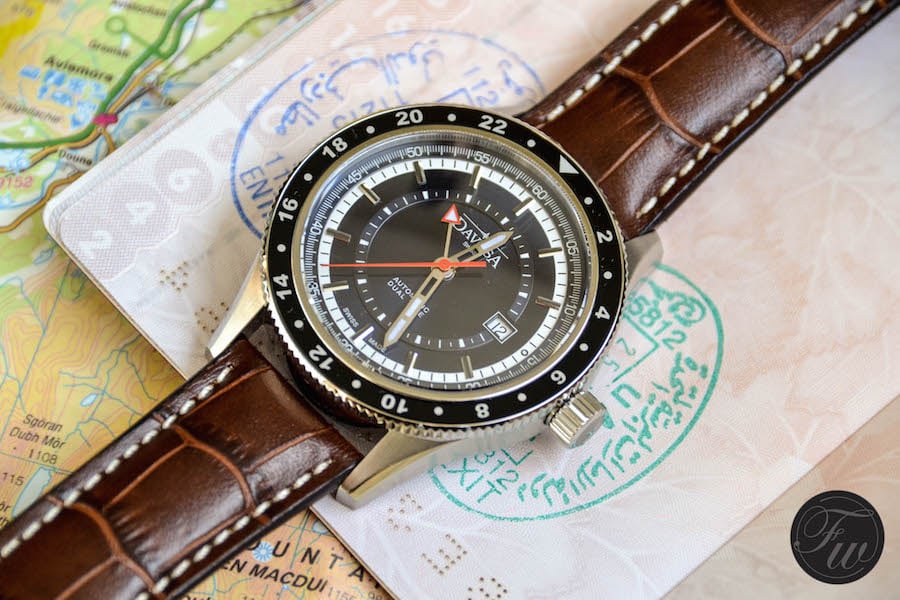 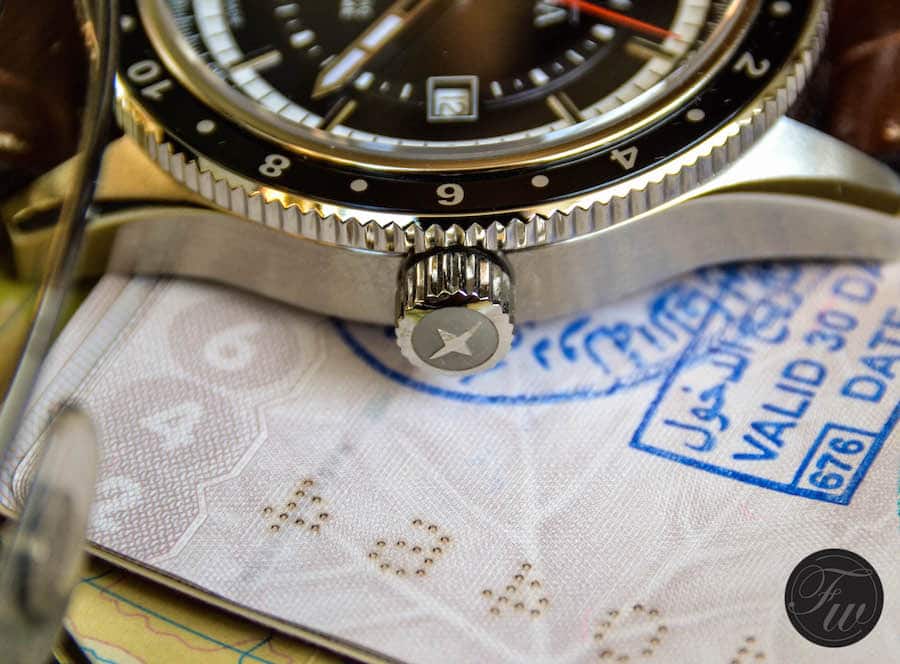 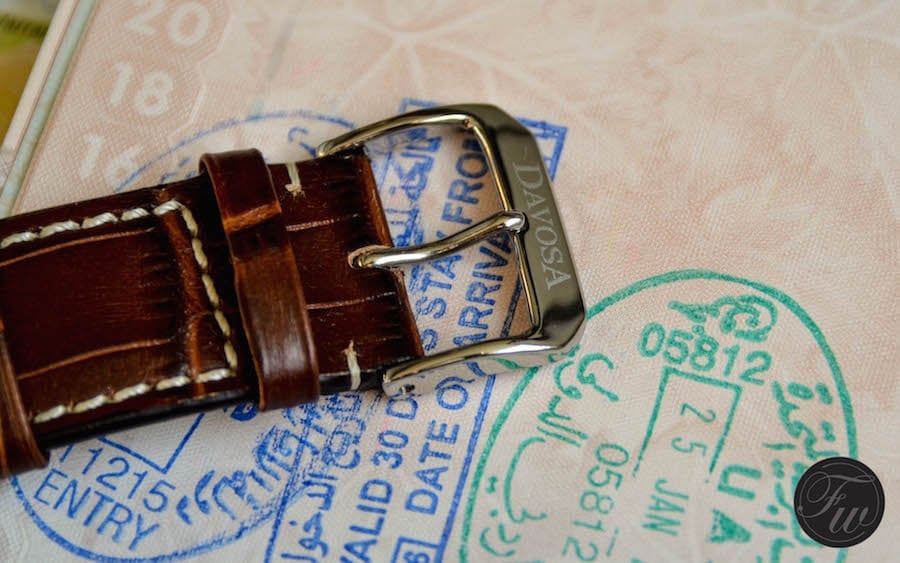