As per March 1st, friend of the show Roger Ruegger (known for his blog dive into watches) will be the new Editor-in-Chief of WatchTime Magazine. The current Editor-in-Chief (for 16 years), Joe Thompson, will take the role of Editor-at-Large and remains with the publication as a writer and reporter.

I’ve been an avid reader of WatchTime Magazine (Ebner Publishing) myself since 2000 or so (not anymore, as it is not available in The Netherlands since a couple of years) and together with the German magazines Chronos (published by Ebner), Uhren Magazine (published by Ebner) and Armband Uhren (published by Heel) helped me tremendously in gaining knowledge about watches in those years, when on-line only – basically – consisted of the TimeZone and WatchUseek platforms. WatchTime Magazine has their own on-line platform and the German counterparts theirs, on www.watchtime.net. 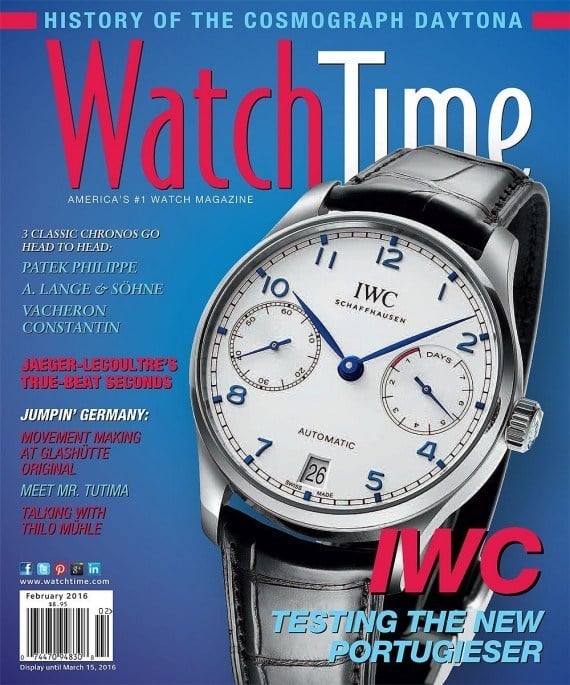 Roger Ruegger has been following the watch industry for many years, as a writer but also as a creative director specializing in digital content and on-line platforms. Based in Switzerland, he now will find himself traveling back-and-forth to New York more often to get the best of both worlds. “My goal is to further develop WatchTime with the team and to emphasize our current strengths – reinforcing WatchTime’s status as America’s #1 watch media brand,” stated Roger Ruegger. “I am thrilled to employ my expertise to maintain the high level of excellence and to develop an even greater synergy between our print, event and digital platforms.”

I’d like to congratulate Roger Ruegger with his new position as Editor-in-Chief for WatchTime Magazine and thank Joe Thompson for his great work during the last 16 years at WatchTime. I’ve

Fratello Watches, Watch-Insider, Chronos, Uhren Magazine, WatchTime.net and WatchTime are all (digital) publications by Ebner. WatchTime Magazine is regarded as the most successful print watch magazine in North America.